If you haven’t heard of Among Us yet, then do you even internet, bro? Now, believe it or not, this space-themed mystery game has been around since 2018. When it was released, it received minimal attention. Thanks to 2020 being such a disaster, Twitch streamers and YouTube gamers have taken to playing the game. This attention has brought an influx of new interest for it.

In Among Us, you and a group of people play cute little spacemen aboard a ship. Most in the group are crewmates with a set number of impostors. The crewmates’ job is to identify the impostors, eliminate them, and complete various tasks around the map while not getting murdered. The impostors, meanwhile, have to kill all the crewmates and not get caught.

Of course as with everything out there, there are some quality Among Us memes now that the game has gotten big. We picked our fifteen favorites because, frankly, they’re all pretty hilarious. 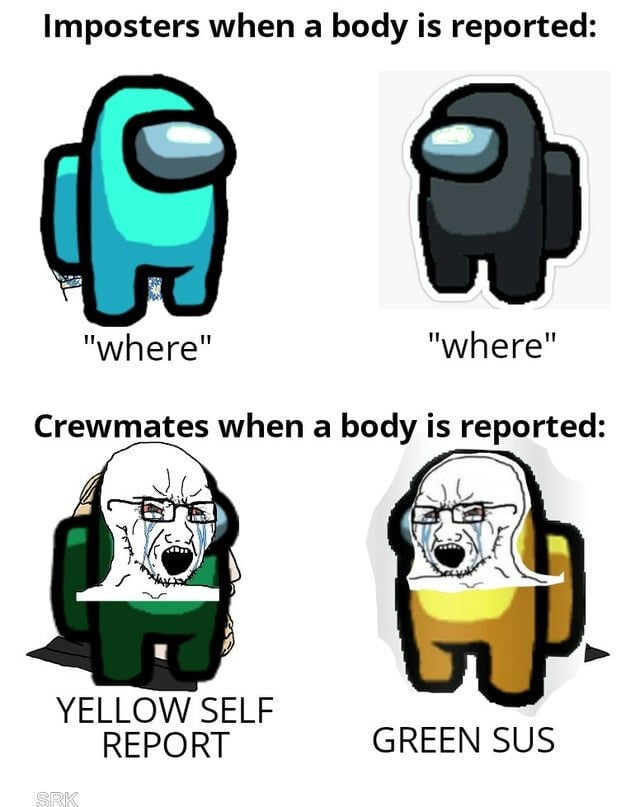 The impostors are definitely the one playing it a little too cool, you dig? 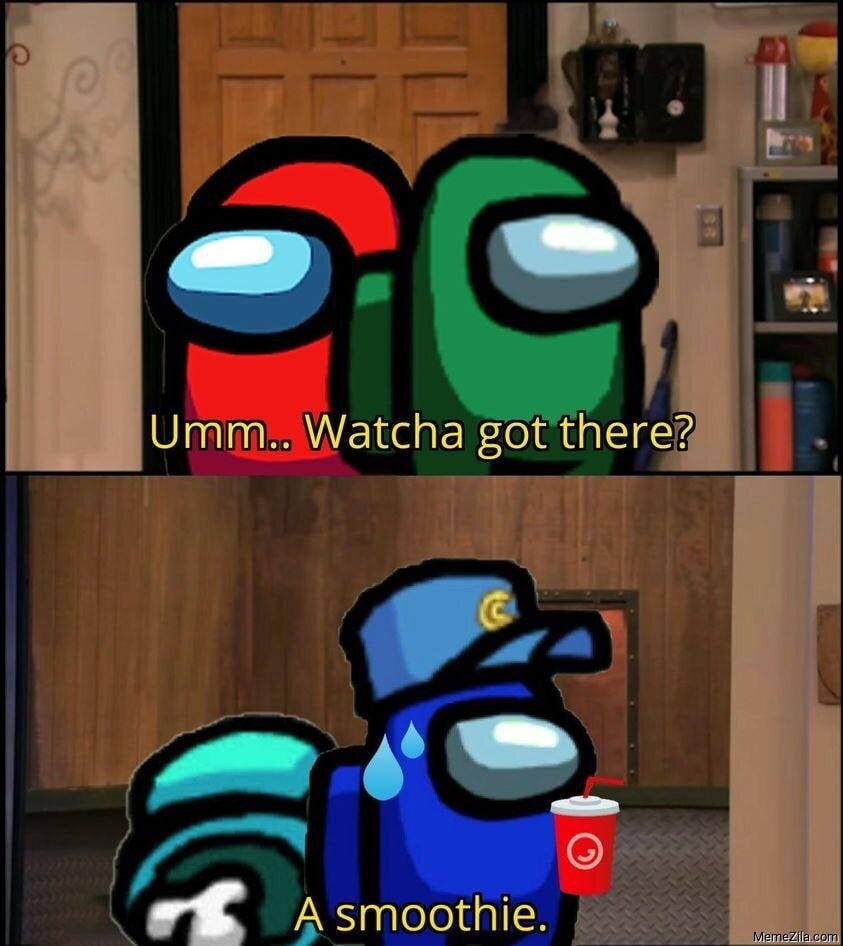 Not a dead body

impostor sweating intensifies as you frantically try to lie. 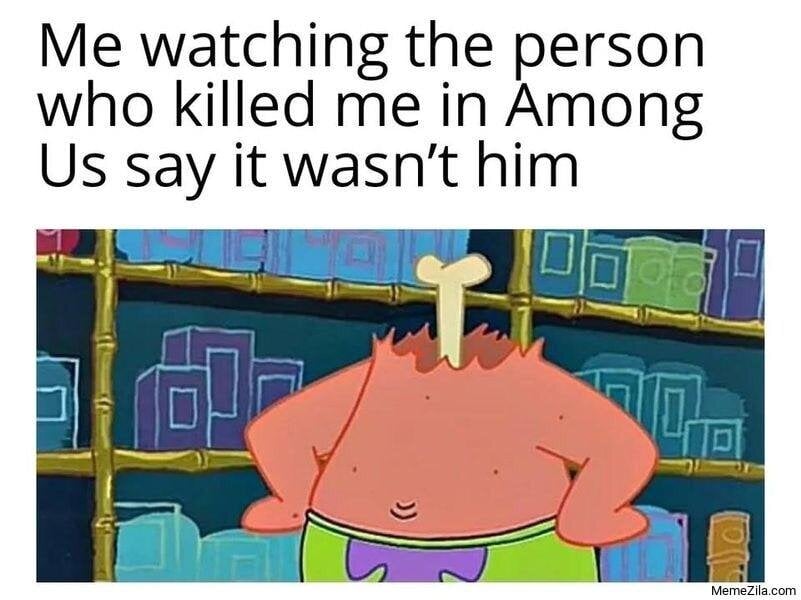 But you can’t say anything about it because you are dead! 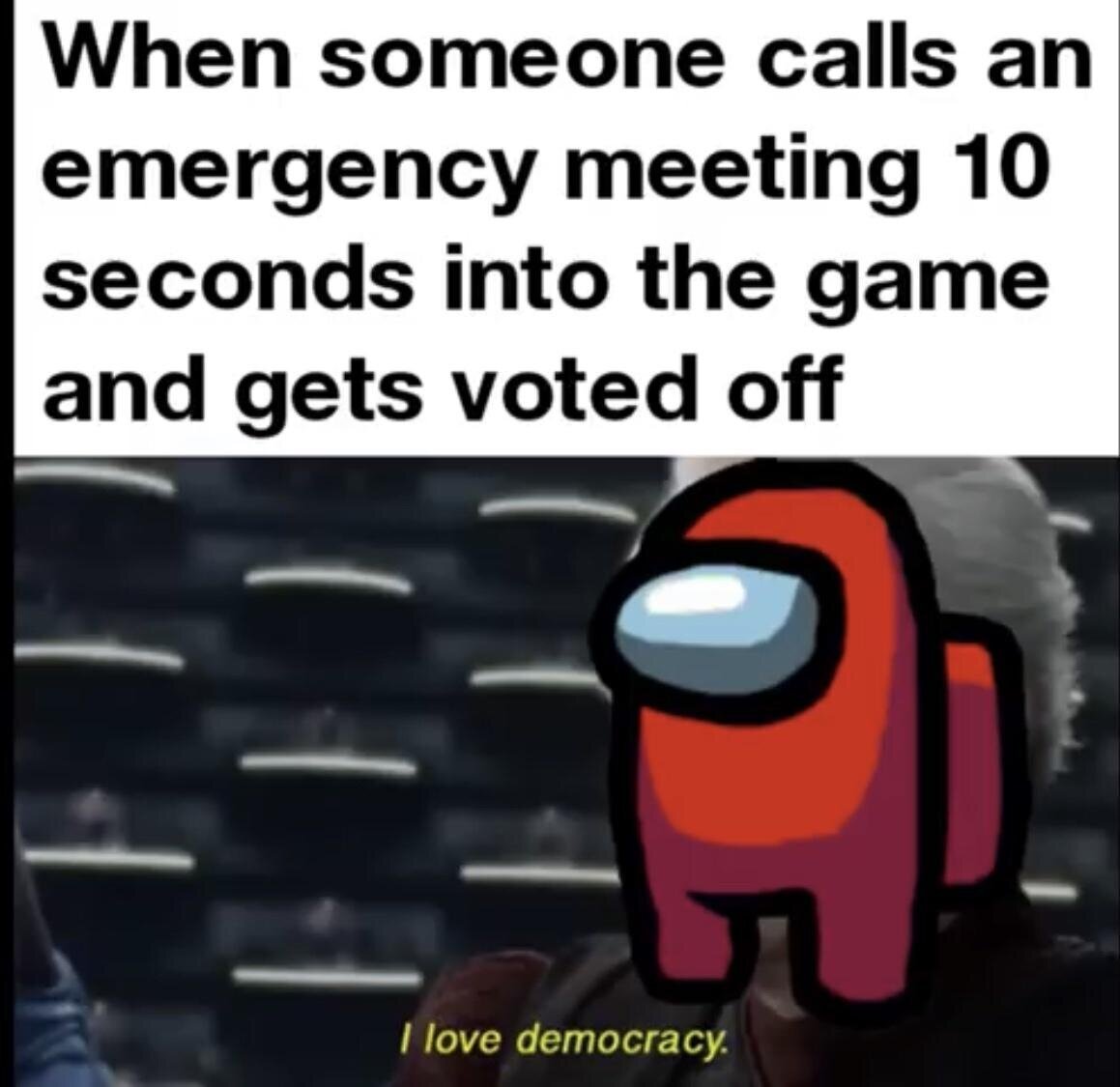 You will get voted off. 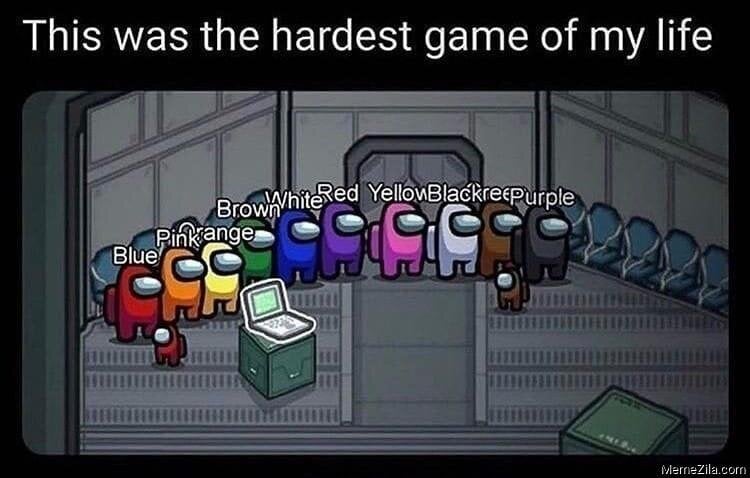 This is a headache

Why would you do this? I’m having a panic attack looking at this meme. 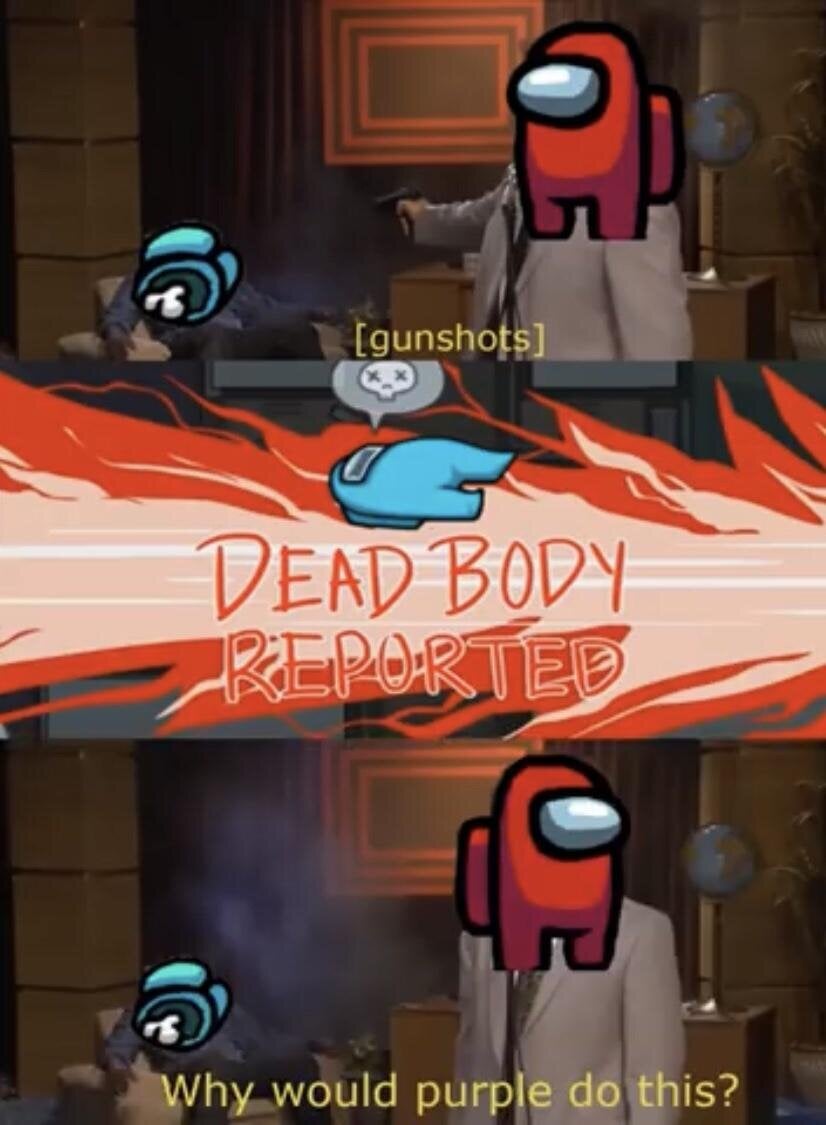 Kill someone and immediately point the blame elsewhere. Classic move. 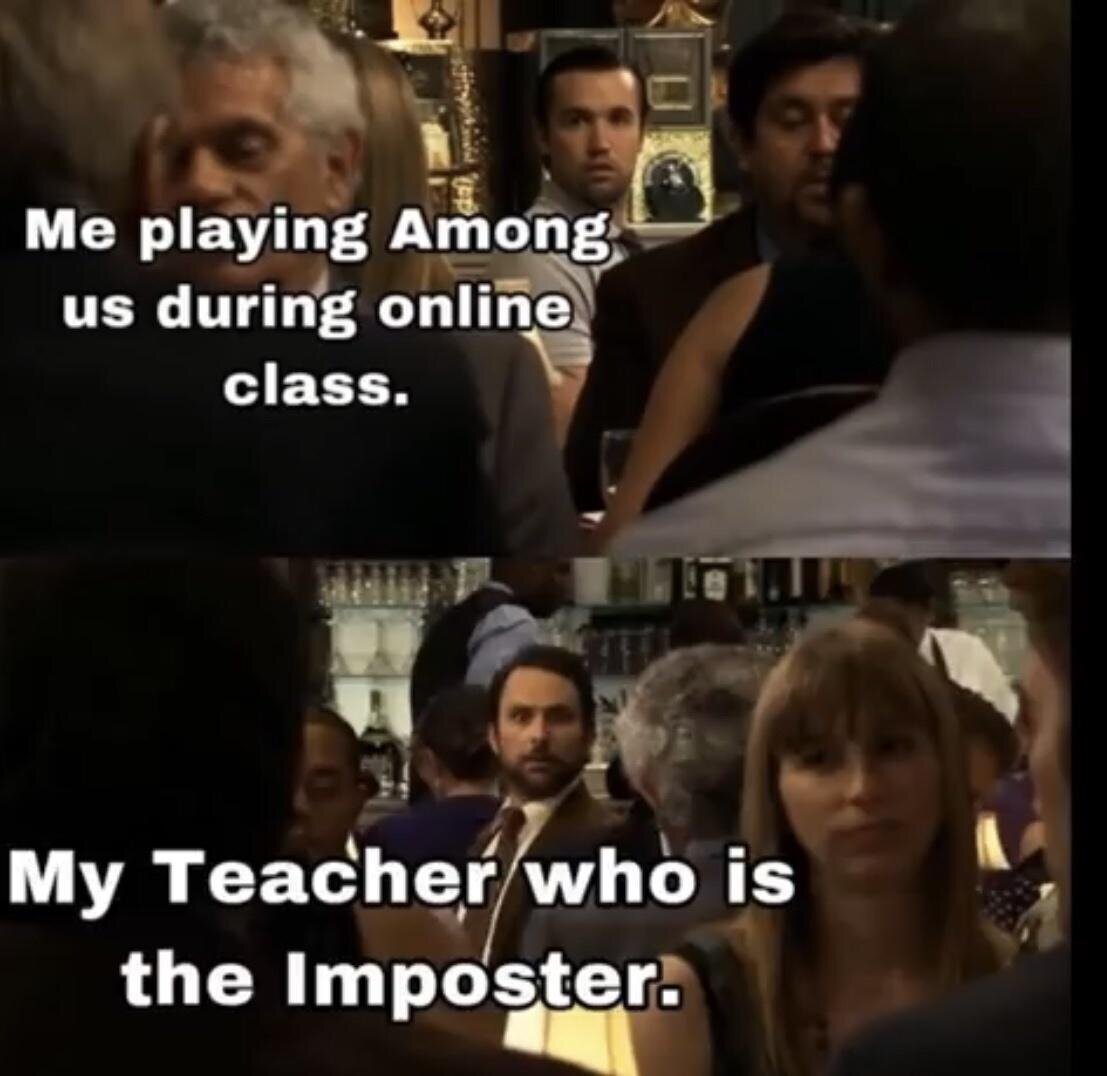 Ah, online classes, such a fountain of information and double crosses. 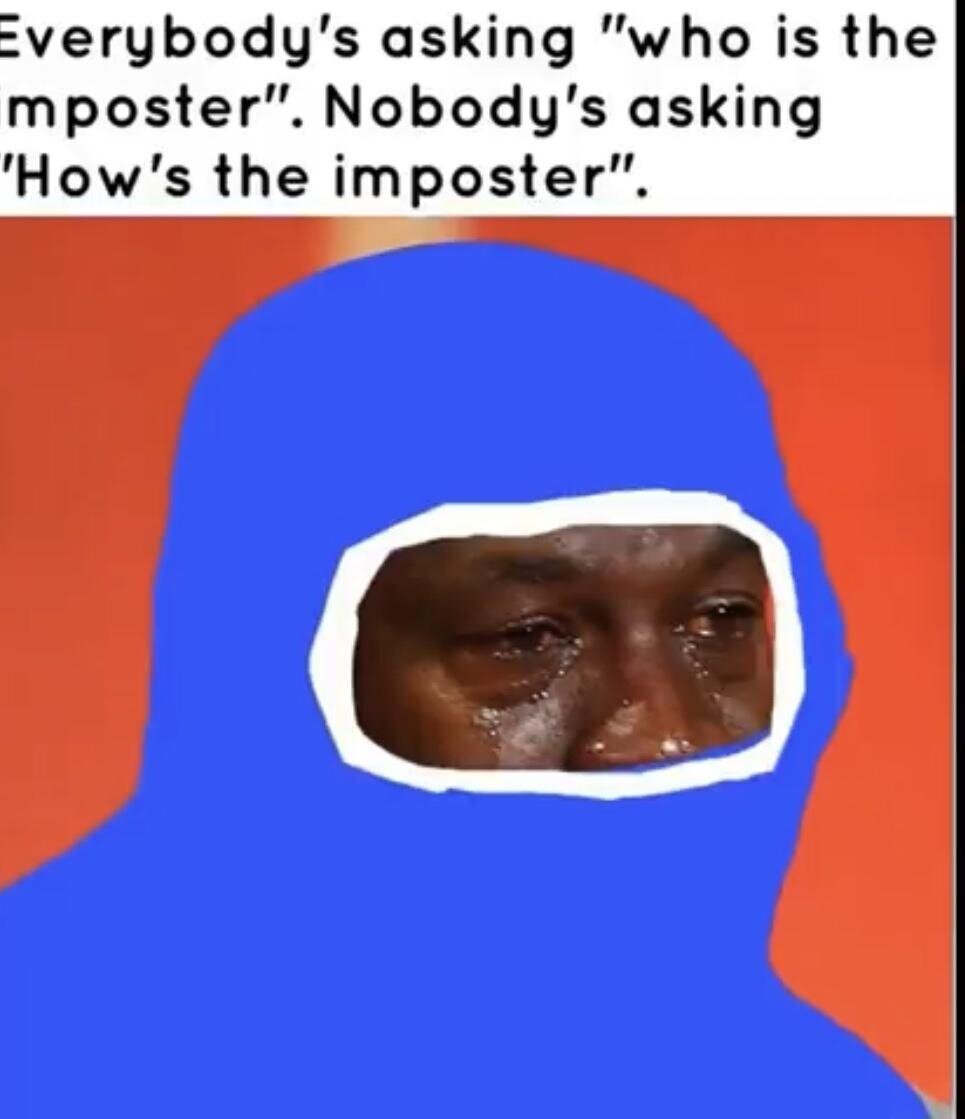 Getting really into the impostor’s mindset here

How are you impostor? 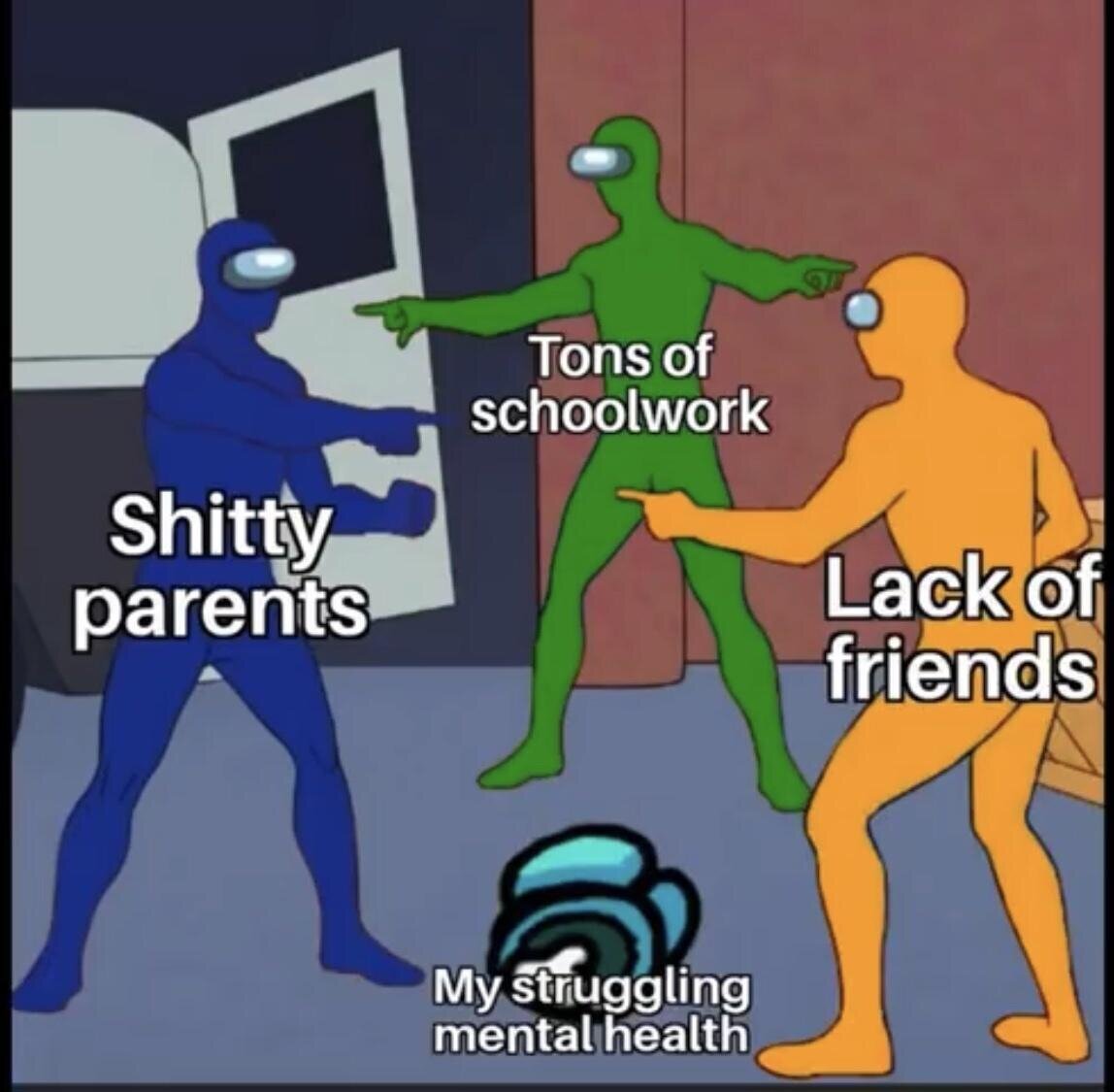 Among Us getting real

We probably need a fourth person in the blame game for “the Year 2020 in general”, but mood. 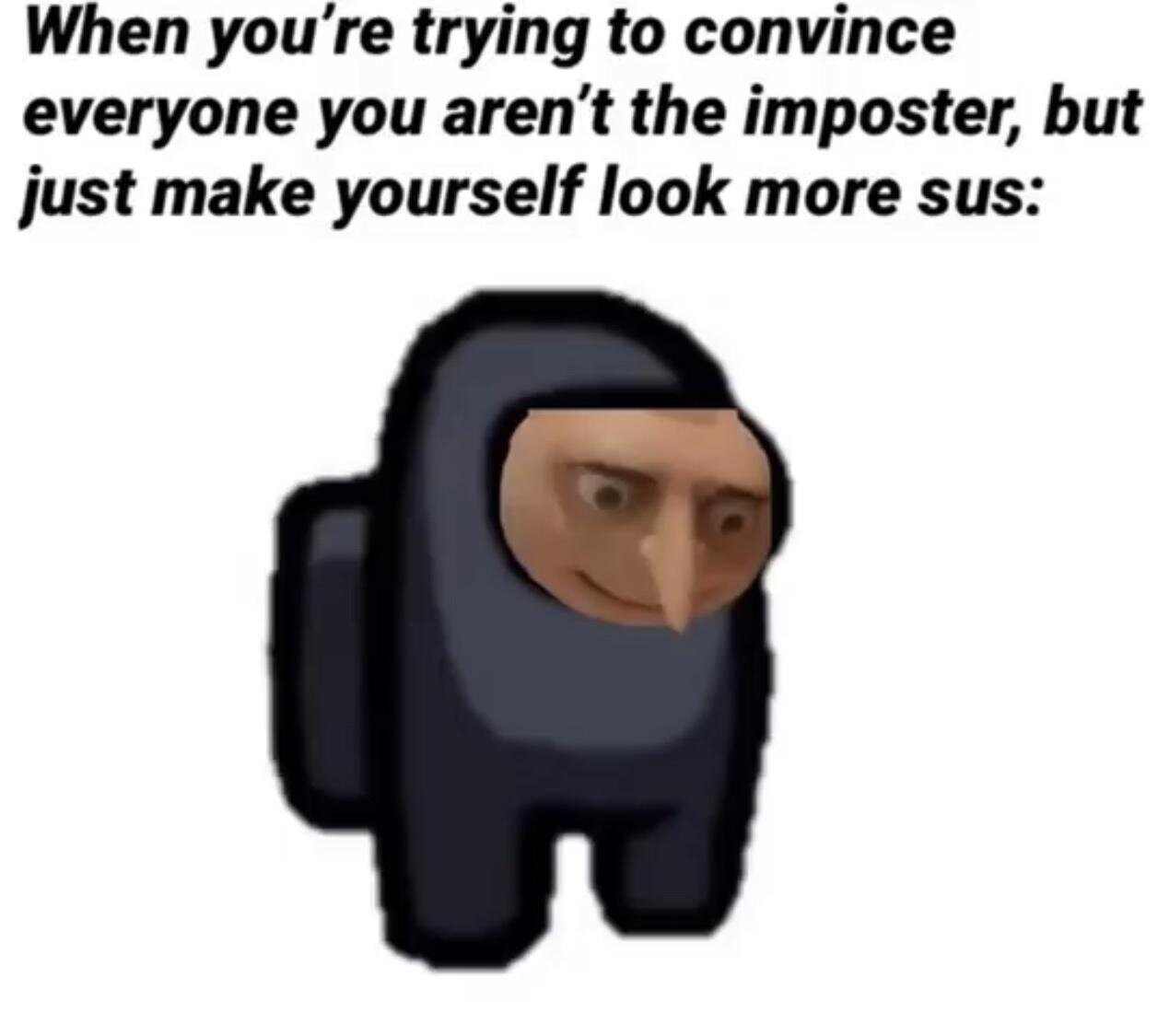 There’s just no way to do this, huh?

Meanwhile, the impostor is laughing in the background. 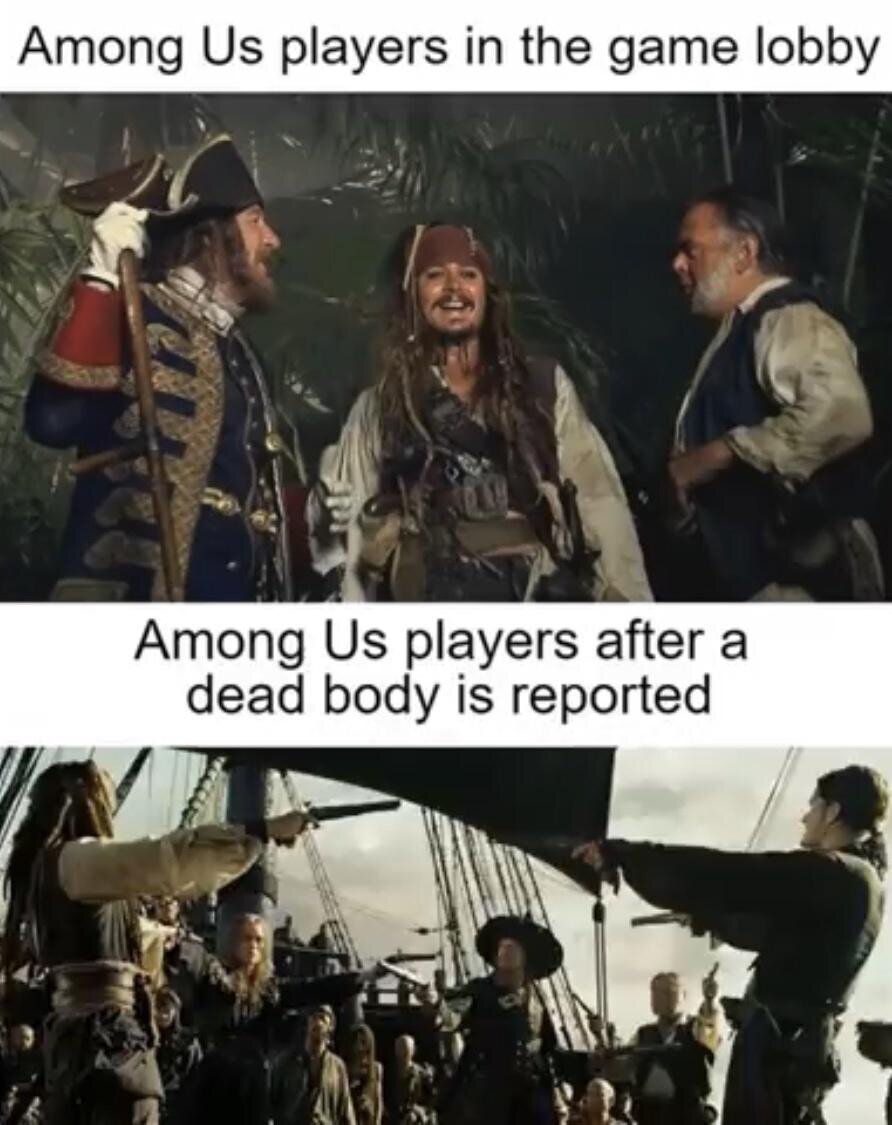 It turns so quickly, doesn’t it?

Now you know how the people in And Then There Were None feel. 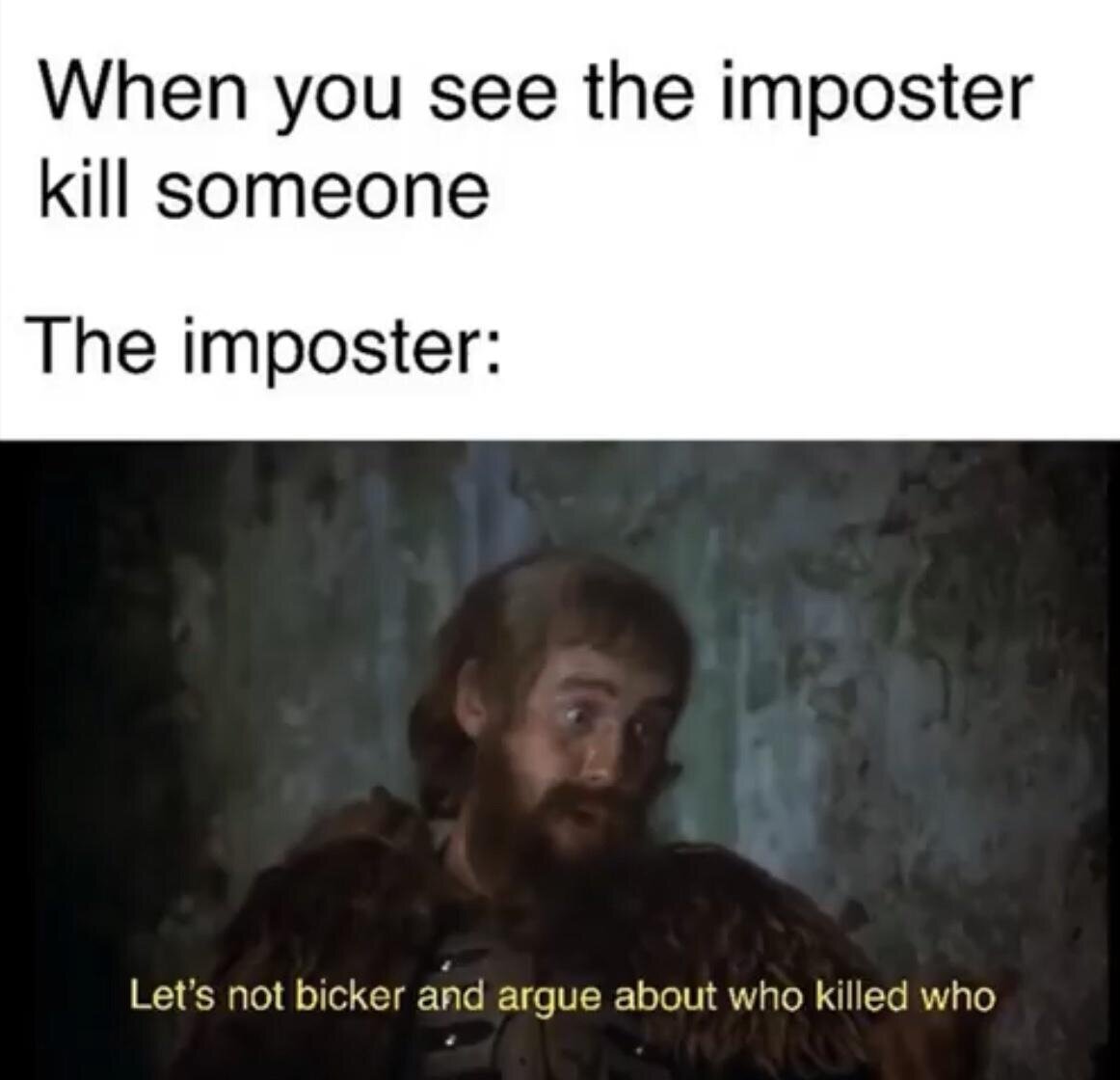 The impostor is always just a bit too chill

It was you who killed, friend. It was you. 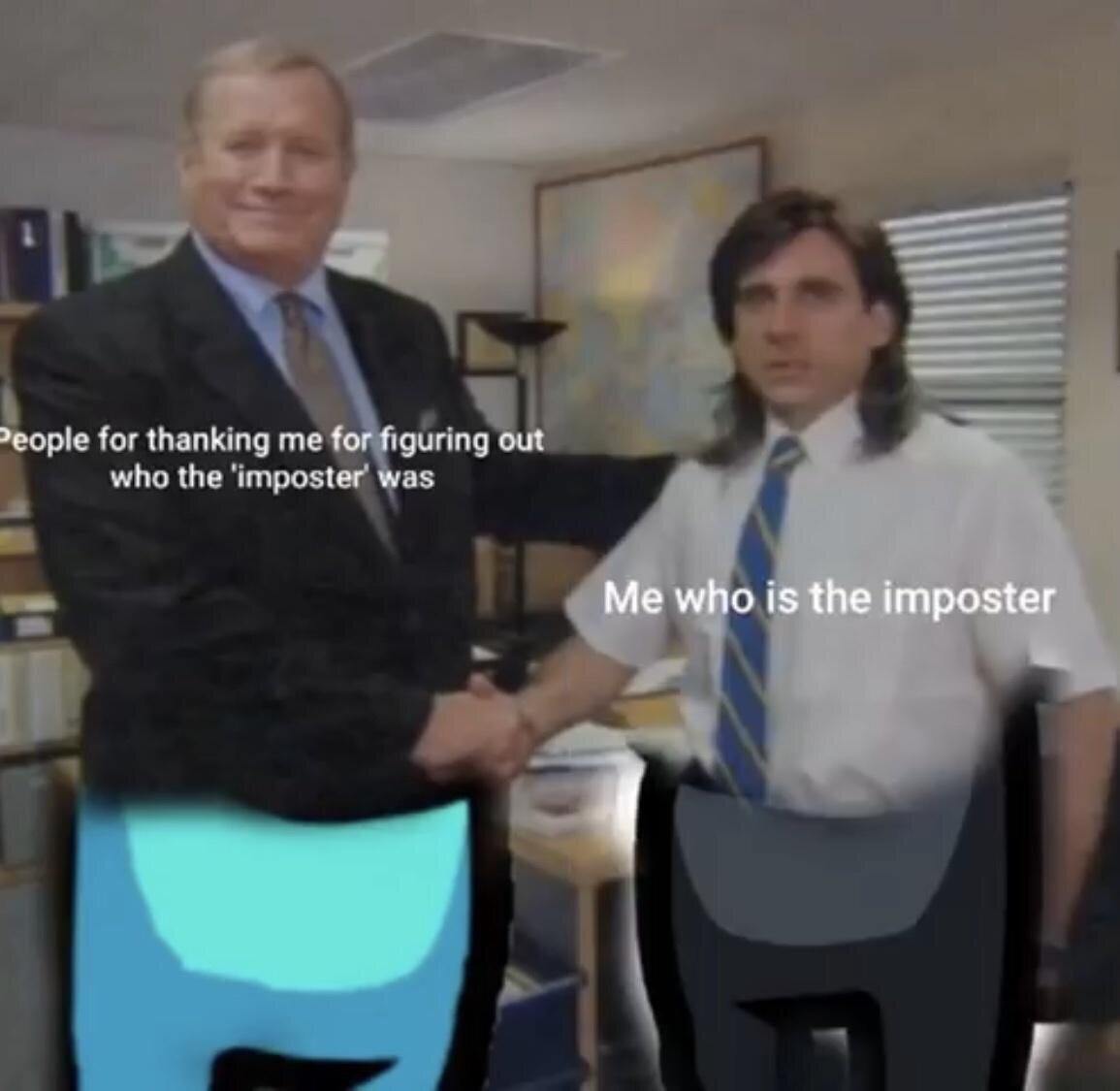 What a strange turn of event

Yes, I have figured out who the impostor is. Don’t look at my shifty eyes. 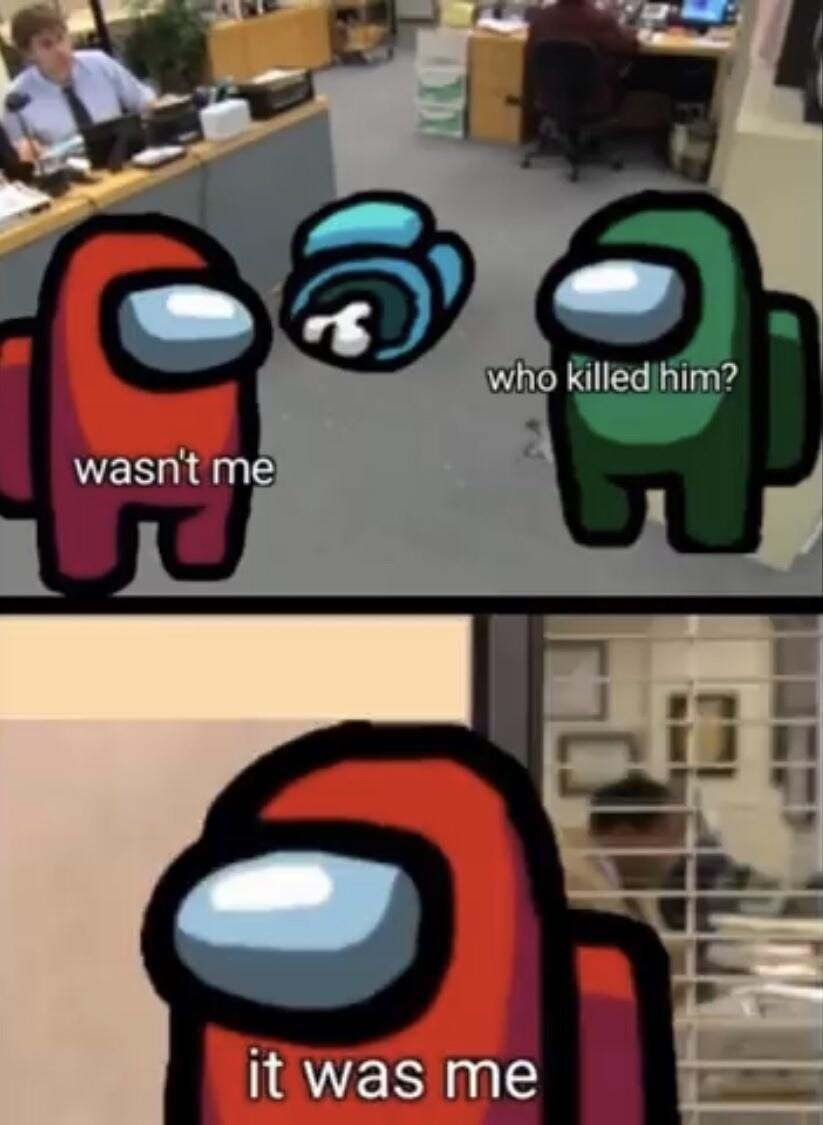 But, deep down, you do know. Don’t you, impostor? 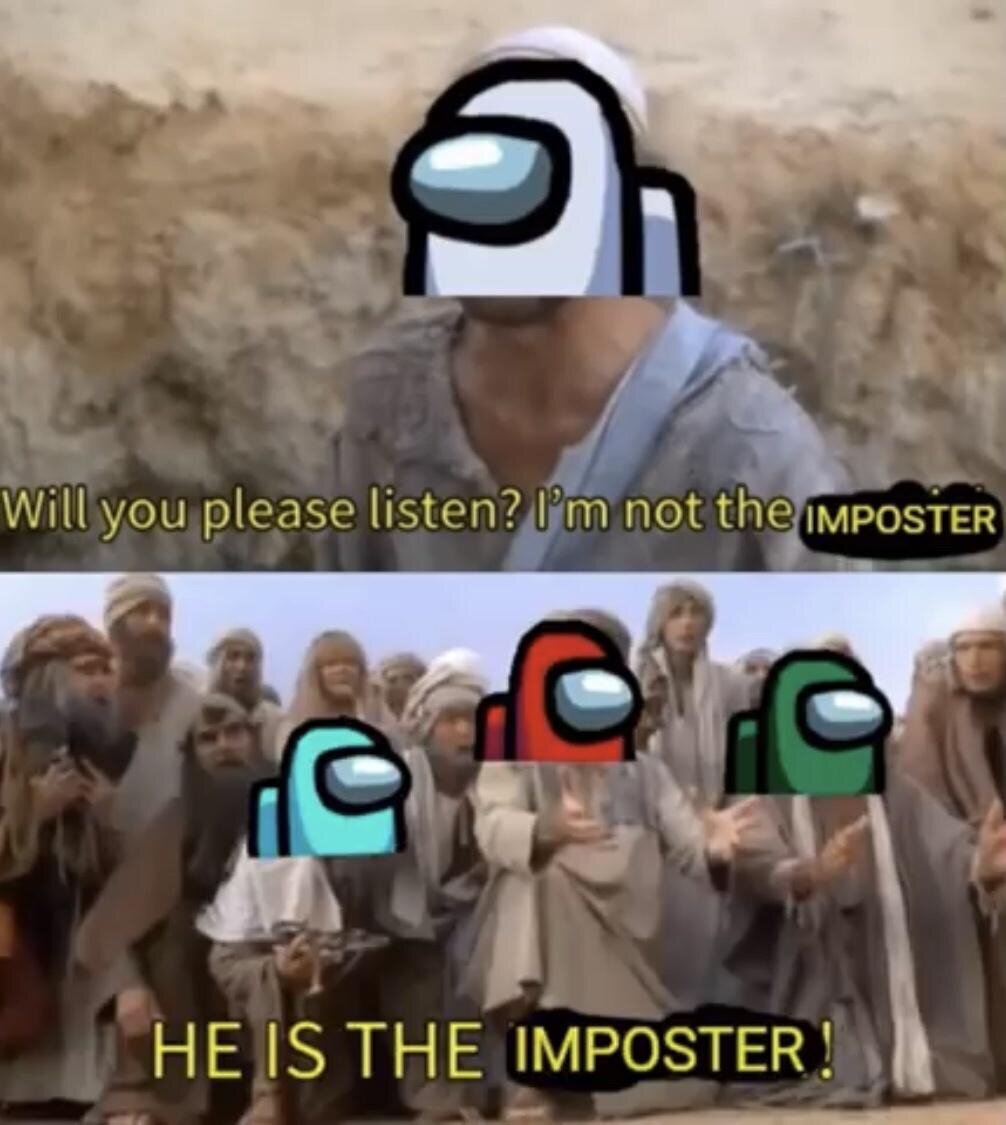 There’s just no reasoning with some people

Fine! I guess I am the impostor! God guys!

Share via:
Tags
Among UsAnd Then There Were NonecomedymemesTwitchvideo gamesYouTube
Author