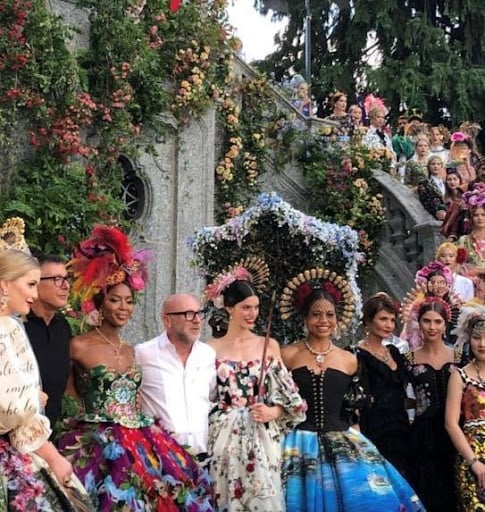 The fashion industry is a whirlwind of activities, a wishing well for those willing to keep up with the fast pace and changing circumstances of the profession. It is both exciting and innovative, sometimes even controversial. When it comes to innovation and technology, the fashion industry does not slow down, be it the invention of the sewing machine or the rise of e-commerce in the digital age. Today, it is growing at a pace faster than ever.

Models’ lives are often far less glamourous and a tad more strict than it seems. What we see on screen is the result of days of hard work and hustle. Models are required to adhere to a strict regime of self-care and diet at all times. Nevertheless, for Galimullina, these restrictions and rules are a part of her job and only help her in the long run. She loves following a strict routine and is a huge skincare enthusiast. She shares her self-care regimes with her followers on Instagram.

Many girls aspire to be models since childhood, but very few succeed in an industry glutted with the glamourous competition. Aygul Galimullina, professionally known as Diana Galimullina, is a fashion model from Kazan, Tatar.

With dark and beautiful hair, light gray-green eyes, plump lips, and defined cheekbones, Diana is a beautiful and accomplished model and the pride of Tartars. Her professionalism, combined with her smoking good looks and hard work to achieve her goals, is a recipe for success. She was discovered by the director of the acting school where she was enrolled, who sent her portfolio to an agency in Moscow.

Galimullina made her debut with Vogue Russia and went on to make several remarkable appearances for many renowned designers and brands. Her major breakthrough came to her as a surprise, to say the least. Galimullina had a full day of casting in London, and nobody would argue with the fact that London is huge. She used public transport to commute, and it took 40 minutes to go from one part of the city to another. She was on her way to another casting audition when her agent asked her to leave whatever she was doing and immediately go to Christopher Kane’s casting.

Kane is an esteemed designer from Scotland and is a well-known name in the fashion industry. Galimullina herself acknowledged it in an interview, she said, “[my first big break was] When I did an exclusive [appearance] for Christopher Kane.” They worked together for about a week on this show, and according to Galimullina, Kane’s collection was stunning.

It was a huge dream come true for Galimullina. She immediately signed on, and like all models, she too went through a long trial of different costumes, hair and makeup ideas, accessories, and jewelry. Galimullina closed the final for Christopher Kane, and anyone who has even the slightest interest in fashion knows the significance of closing a show, let alone for such a sought-after designer. After the show was completed, she was requested to fly to Milan and do a go & see at the house of Versace. She went there, and while waiting in a small room, she heard familiar voices. She saw Jacob, the stylist at Kane’s show, and assumed that Jacob must have been the one to recommend her. Versace and Christopher Kane are two completely different brands, but Jacob was able to put the right looks together for both designers, and she was very grateful for the Versace casting.

She then went on to work for the notably illustrious fashion brands – Versace, Armani, Dolce & Gabbana, among others.

Galimullina loves every part of her job and takes pride in her work. Before the fashion show, the director, along with the team discusses the show’s execution. They decide what kind of music would suit the theme of the show, the final hair and makeup look, and where everyone will sit, among others. Galimullina believes this takes place between the casting is being finalized.

She recalls her time in Paris for Givenchy, Riccardo Tisci was the creative director for that show, and his runway presentations are highly stylized in terms of art direction and the use of space. Riccardo is one of Galimullina’s favorite directors and it had always been a dream for her to work with him.

When she received the call from her agency after the initial casting to inform her that they would like to try the hair and makeup on her, she was thrilled even though it was not confirmed. When she reached there almost three days before the final show, she got into a room full of who is who of the makeup and styling world with Pat McGrath in charge of makeup and Guido Palau supervising hair styling.

Her look for the show was breathtaking, with her gorgeous black hair set straight and chic. Since Galimullina was familiar with the work of Riccardo Tisci, she knew there would be an interesting twist, which turned out in them bleaching her eyebrows. She was curious to see her look in the mirror, and it was rich, gothic, and sexy. They gave her straight dark hair, no eyebrows, pale skin, and a smokey eye look that looked mesmerizing.

She waited for the confirmation, and while waiting, she decided to wander around Paris with bleached eyebrows. Galimullina visited many landmarks and attractions and took public transport. She recalls that she enjoyed it while people tried to figure out the reason behind her bleached eyebrows.

Her agent called to ask if she could come in for a fitting, and she had her fitting next to Bella Hadid. As she got done with the fitting for this show, she got a call to confirm that she had been picked exclusively for Givenchy. Galimullina was beyond happy.

The fashion industry is extremely competitive and can sometimes seem ruthless. However, that is one of the requirements of an industry that relies completely on the customer. They not only plan to increase sales but also spend millions of dollars on a marketing budget to keep the audience engaged. Designers, stylists, models, and even fashion writers, everyone related to the industry knows the type of commitment it requires.

In the movie the Devil Wears Prada, there is a scene with Meryl Streep and Anne Hathaway where Streep’s character would go into a private showroom where the amateur designers would show her their collections before launching them the public. Galimullina was asked to perform the Versace Ready to Wear collection in front of real-life Miranda Priestly, Anna Wintour. The private show was in a building where Gianni Versace used to live, and it looked like a Versace Museum. Both Anna Wintour and Donatella Versace were present at the private launch.

Diana Galimullina is well known in the fashion industry, and she has made a name for herself. She is a hundred percent Tatar, in her own words, who wowed us with her exotic beauty. Her plan includes an appearance on the French and Italian Vogue covers and looking at her career; that day is not that far in the future. 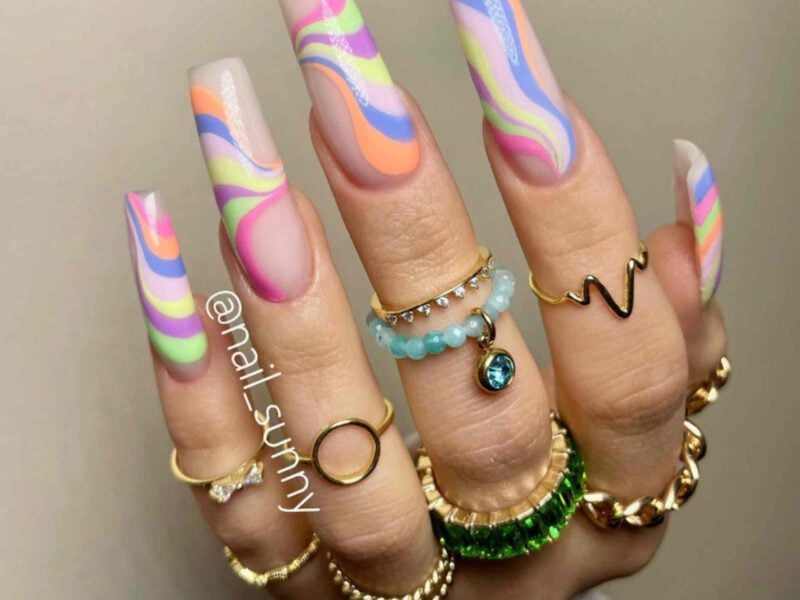 How to Perfectly Wear Your Coffin Nails 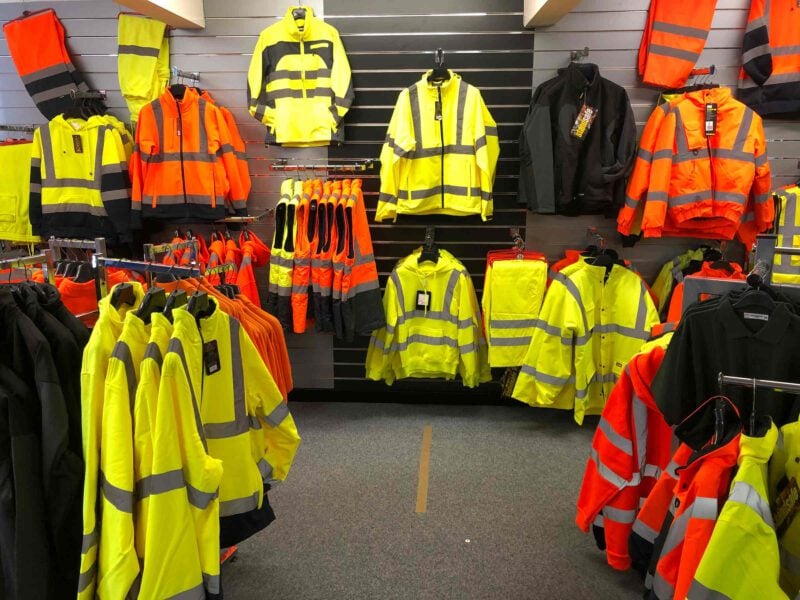 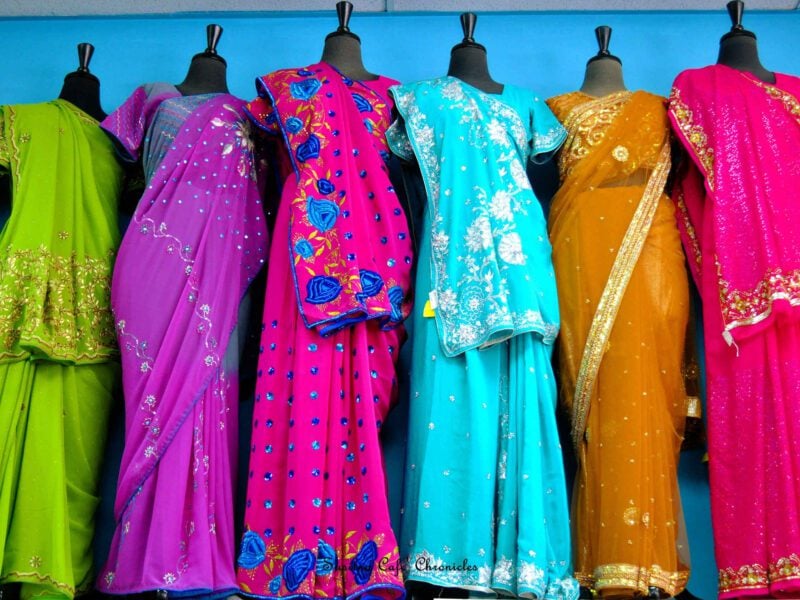