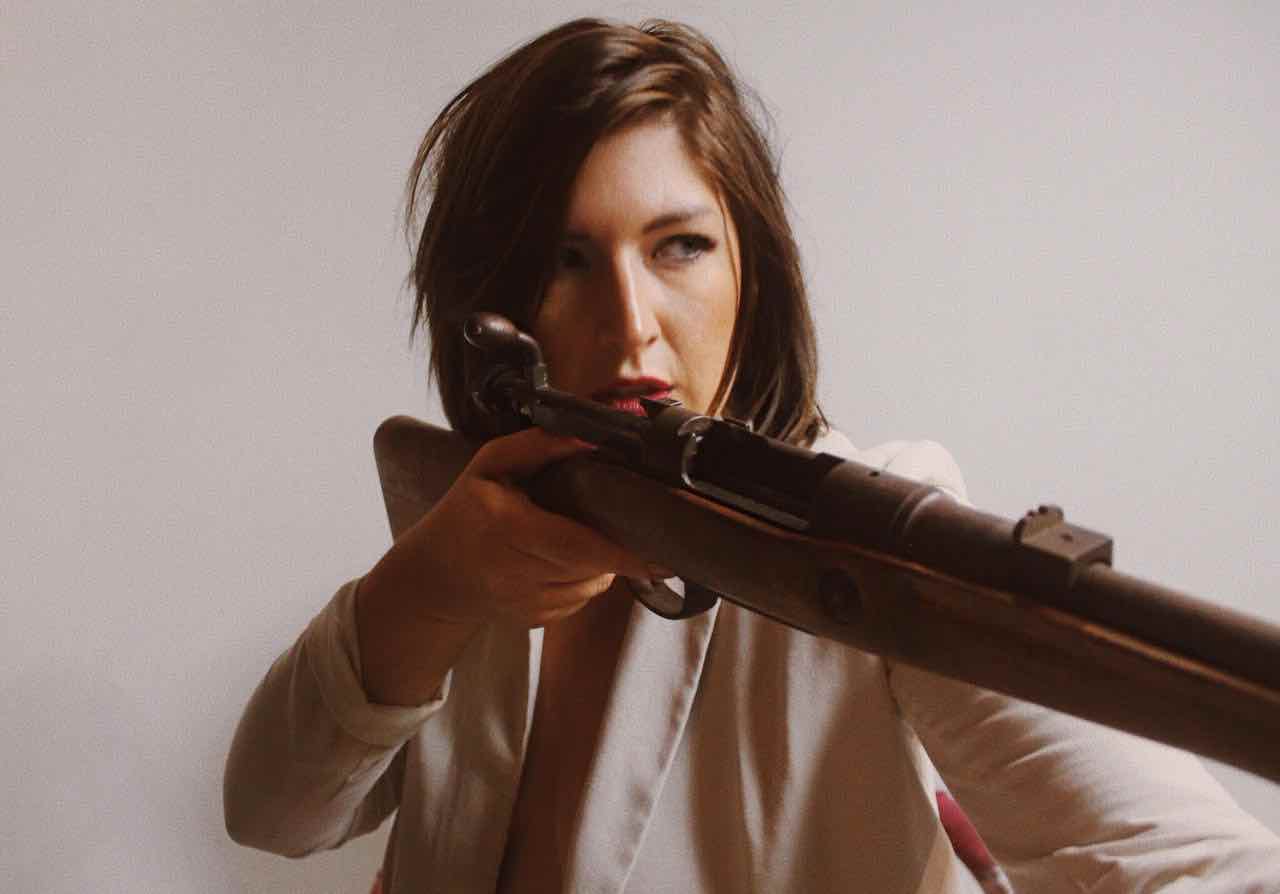 Tiffany Rhodes: The new movie auteur to watch for

We’ve already featured Tiffany Rhodes, the visionary filmmaker we named an “auteur to watch” earlier this year. The incredible storyteller challenges the perception of reality. Her work explores and exposes the human condition, leaving us hooked on her storytelling.

Rhodes’s first screenplay, Naked in the Dog Park (2016), was described as “Woody Allen meets Dan Gilroy. But with complex female characters written by a woman.” The script won her several laurels on the screenwriting prize circuit and set her up for the next stage in her career.

Tiffany’s followup screenplay and directorial debut, Promise Me, was shot in Sicily. The film garnered both domestic and international laurels including CICI Festival & Miami Independent and was broadcast in France on Art District TV.

In 2018, Rhodes wrote, directed, and starred in Collision, an existential look into a writer’s mind. The film premiered in Los Angeles in April 2019 at the Laemmle and has gone on to rule the film festival circuit.

This year, Tiffany wrote and directed The Blackbird Interviews, set in 1982 in a mental hospital where four women all claim to be the same person. This film premieres August 8th at 8PM on YouTube. It’s rumored that Rhodes directed this film in character as her newest project. Her new movie Matilde toys with the moral lines of filmmaking, and how far is too far to go in the name of art. 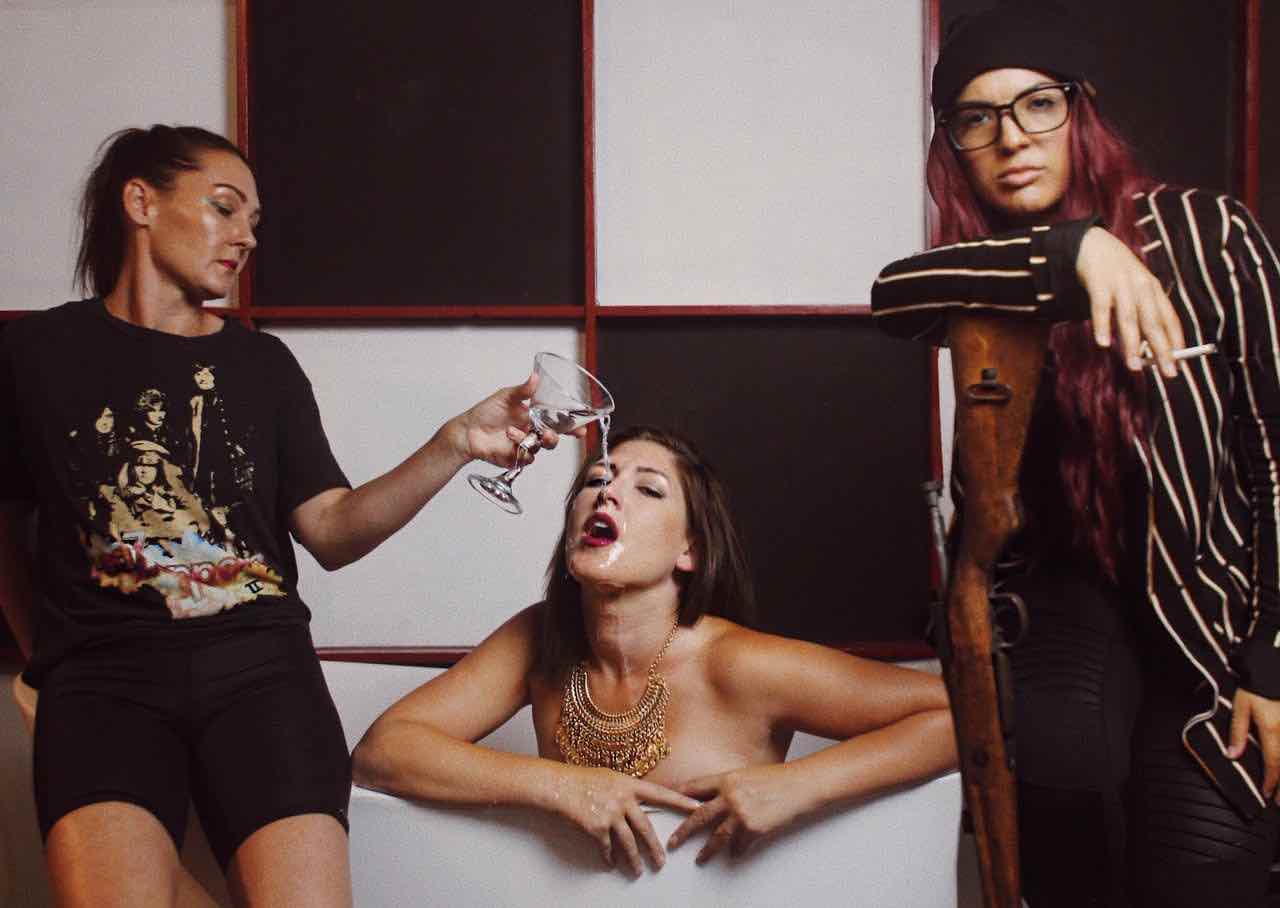 Here’s what we’ve heard about Tiffany on the grapevine:

“Tiffany is an enigma. An artist that searches the capacities of the human condition and then twists them into her voice through her characters. She’s not afraid to tackle dark matter which makes her quest for the truth much more potent. When so many artists are looking to be the next someone Tiffany is holding fast to who she is and I believe her stories will stand the test of time.”
—Ryan Kwanten, actor, HBO’s True Blood

“Tiffany Rhodes is a force of nature and a certain rising star in the film industry.  Her voice as a writer and director is very singular, her work demonstrates a maturity that is far beyond her years, and she sticks to her guns. She is definitely one to keep a watch for.”
—Melanie Wise, Artemis Women In Action Film Festival

“Tiffany is a rare bird! The way she thinks about art and film is the way she thinks about life. She treats her art as a way of getting to know all the sides of herself. The layers of thought, intention, detail and understanding that go into her character development and sequencing, blow my mind, not to mention the spectrum of humor she fluctuates between – usually uber-corky or totally twisted and flat-out funny.
“At the end of the day, I don’t think I’ve worked with a more reverent, curious and fun director/ producer, who not only cares about her work but those that help bring it to life. I’m excited for the world to know Tiffany Rhodes and for us all to witness her creative unfolding as an artist in film.”
—Monique Benabou, singer/artist, contestant on The Voice

“Tiffany holds a great presence, both on set and off. She gives you the space to create as an individual artist, while guiding and directing you towards pushing boundaries for the project at hand. It was an honor to be a part of the project, and a joy to be on set with Ms. Rhodes.”
—Megan Marlow, Actress 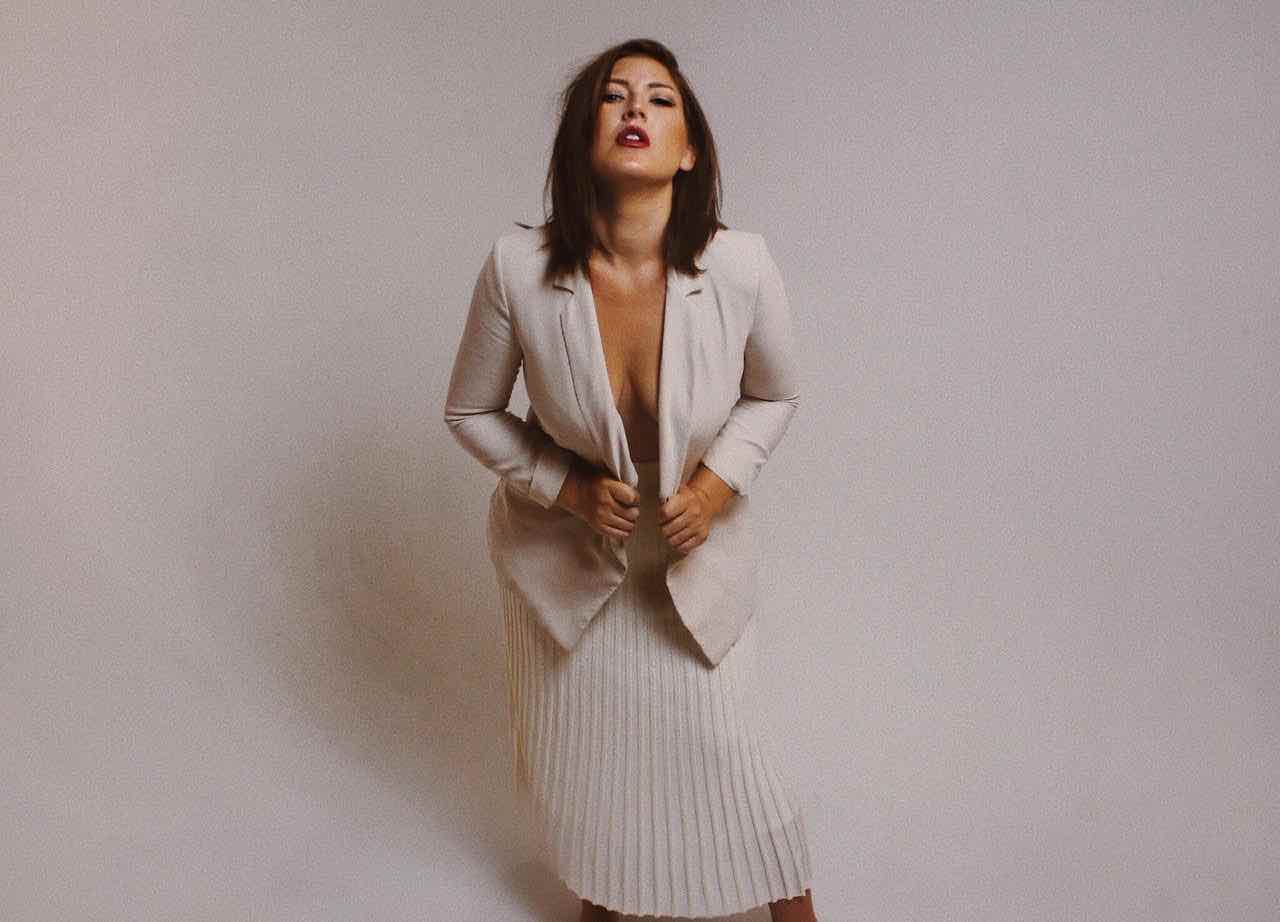 We were delighted to sit down with Tiffany and talk about her experience of life as a filmmaker.

I’m not sure we are all not in a movie right now. Question is, who is the director? That’s how I have felt since I can remember – seeing this life as a movie and wondering who’s watching.

My family was kind enough to let me play with our large RCA camcorder and later a much smaller Panasonic handheld. I don’t know where those films are now, but I can tell you I have always loved a good mystery, humor, and the desire to make things uncomfortable.

It’s hard to pinpoint all of my influences, but my mother showed me Gaslight (1944) directed by George Cukor based on the play by Patrick Hamiliton. This film has stayed with me at the top of my mind, in how I witness humans interact and drive their own plots.

I grew up obsessively watching everything Woody Allen. When I realized he and I shared the same childhood fear of the pending doom of our universe, I never looked back. I would sneak and watch Kubrick and Lynch before I hit puberty and marveled at Coppola’s Godfather. 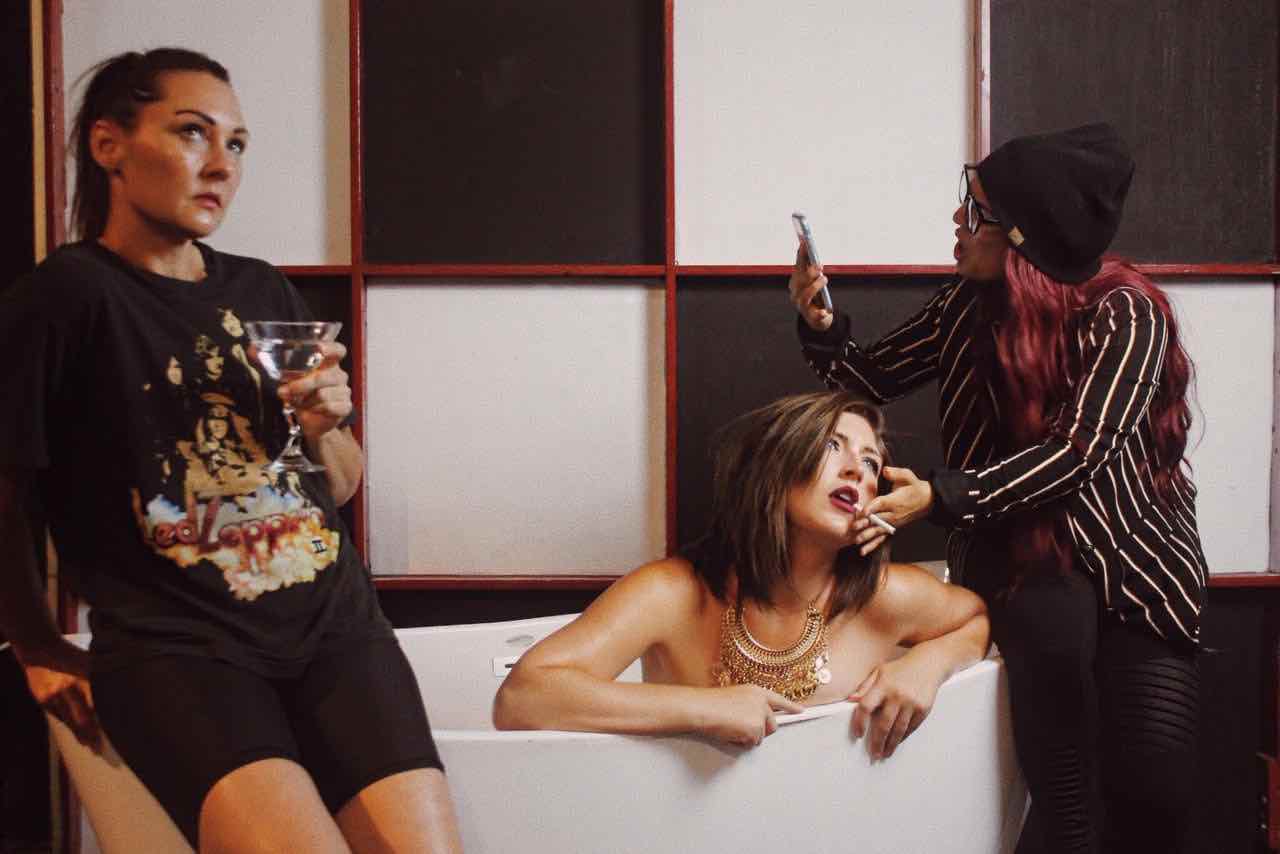 How did you find working on Promise Me? What did you learn from the experience?

Top experience of my life. My family is from Sicily, so to be able to go there and make this film hit me on many levels. I fell in love with the cast and the crew; we all still stay in contact. It was making a film with my family – only most didn’t speak any English and my Italian language skills proved less than impressive.

But we felt each other, communicated better than I have with some people in LA. They love film, truly love it. Unjaded and willing to do the unexpected.

Strange – yet normal. The most challenging part was to be contributing as an actor to the cast, while keeping everyone focused, without losing that soft intimate feeling. Then detach between my shifting roles. It was a bizarre and beautiful experience. I created this alternate reality for us on set that everyone really believed in and trusted. This was a huge learning experience for me that I value immensely.

Tell us about The Blackbird Interviews. Where did the concept come from?

I can say this: it’s the beginning of something much larger. Call The Blackbird Interviews an intro or origin story, a peak into a new universe. Take as it is or when the time is right to connect. These four women in 1982 all claim to be Violet Ford. Before the internet and chat rooms, we witness a conspiracy that is hard for an esteemed psychologist to understand. It’s a dream of a larger mind.

Paul Coelho wrote: “Maybe the journey isn’t so much about becoming anything. Maybe it’s about unbecoming everything that isn’t really you, so you can be who you were meant to be in the first place.”

The stories I write appear to me in dreams – Deja vu pretty much – which at the time seems random. Then I follow the story or the characters where they lead me. I’m seeing, to much of my own humble surprise, it’s not random after all.

Be you. I see so many people trying to become a checklist of preordained director-like qualities. Screw it; that’s boring. As a filmophile, I am more interested in the people that draw from within. Stand strong in your stories and your process, or it won’t ever happen for you. Be honest with yourself. And most importantly, don’t wait for anyone to give you permission. Start now.

It’s great. I expect people to take a leap of faith in me and my projects. I’d better be the hardest working person on set and know everything that is going on – they deserve that. 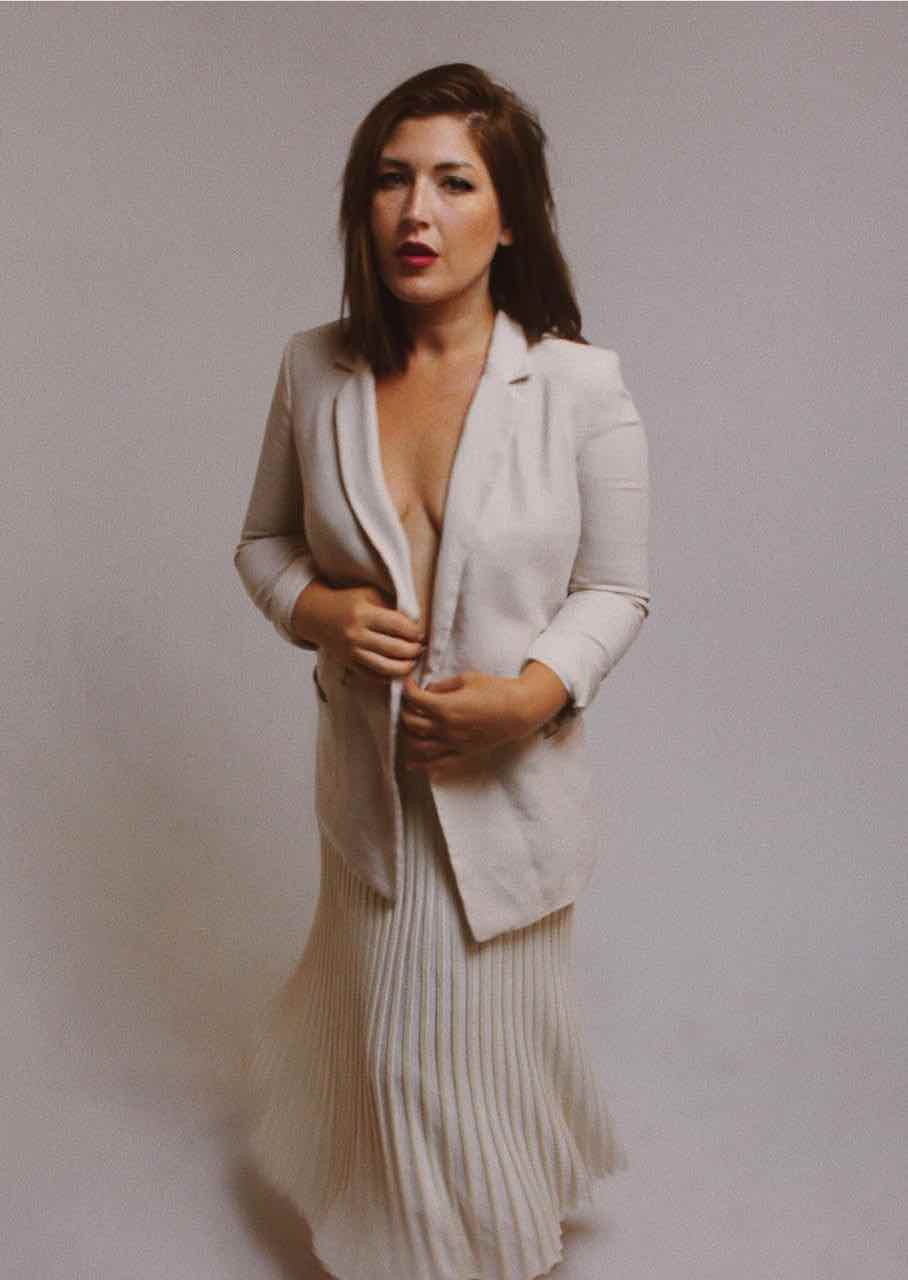 Matilde (feature film starring Ryan Kwanten) is in early stages of pre-production with Natura Films, who produced My Happy Family which premiered in Sundance and The Bra which premiered at the Berlin Film Festival.

Matilde is special to me on many levels; there is a true crime story that has never been told in a movie about a mass murderer, and it’s about the dynamic between an auteur female director and her lead actor who breaks out of television into film. It’s set in the 1990s and the characters are my favorite to date. Expect life imitating art and art imitating life in one continuous circle.

Yes. Most mentors have been “life” mentors. But this last year working with Ryan Kwanten on Matilde, I learned so much from him about storytelling & perspective. He’s as talented as he is generous and kind. Working with Ryan showed me how much more I have to give as a storyteller.

As far as finding a mentor: look around, listen, and watch. Some of my greatest lessons have come from people who didn’t believe in me or had malintentions. Simply ask. 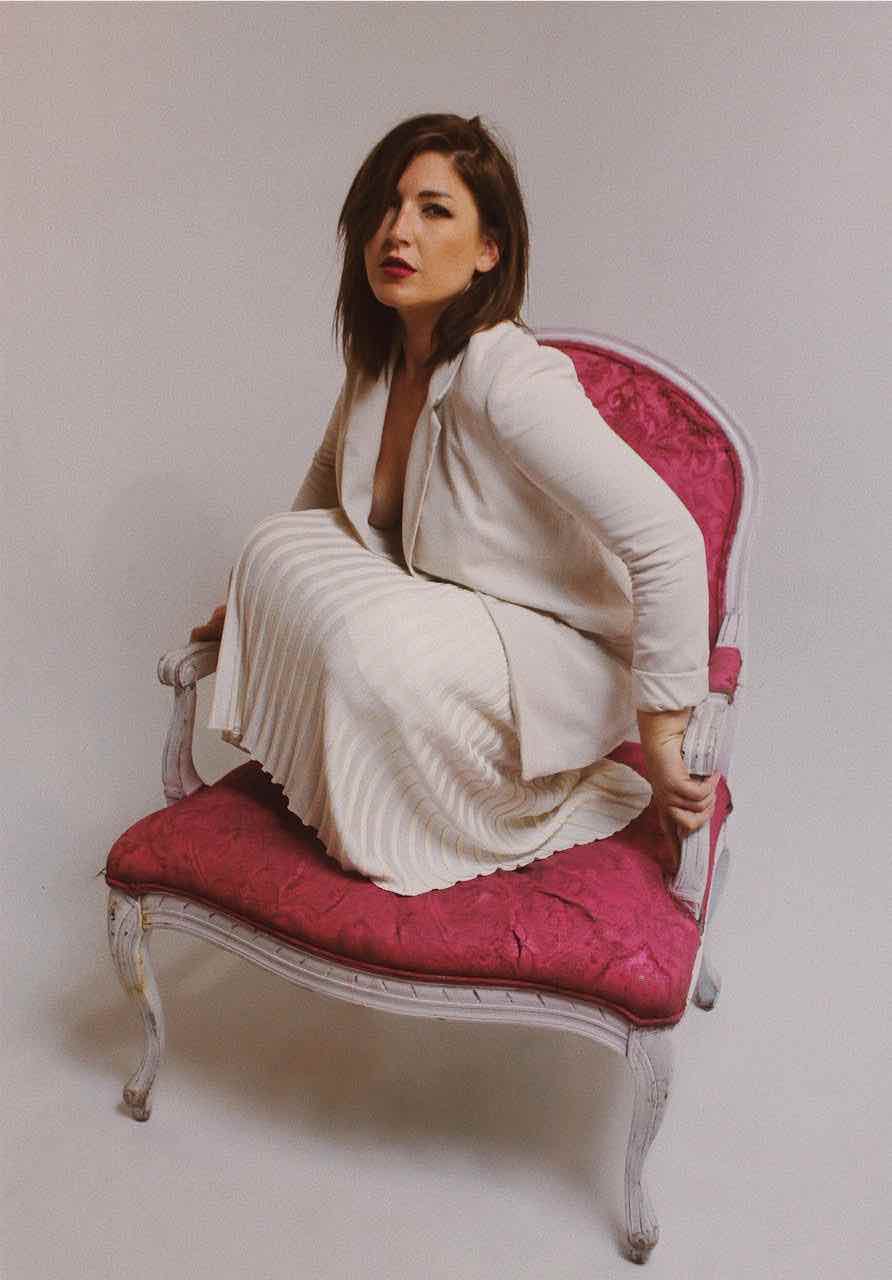 My mission is to leave an audience with questions and more curiosity in their own life and this existence we are all in right now. It should be an emotional experience. And if I do it right, all spectra of feelings should arise.

I get this question a lot. For now, my focus is film in theaters. Every project should be met with clear intentions, and if a story permits, I would display it on TV/streaming. 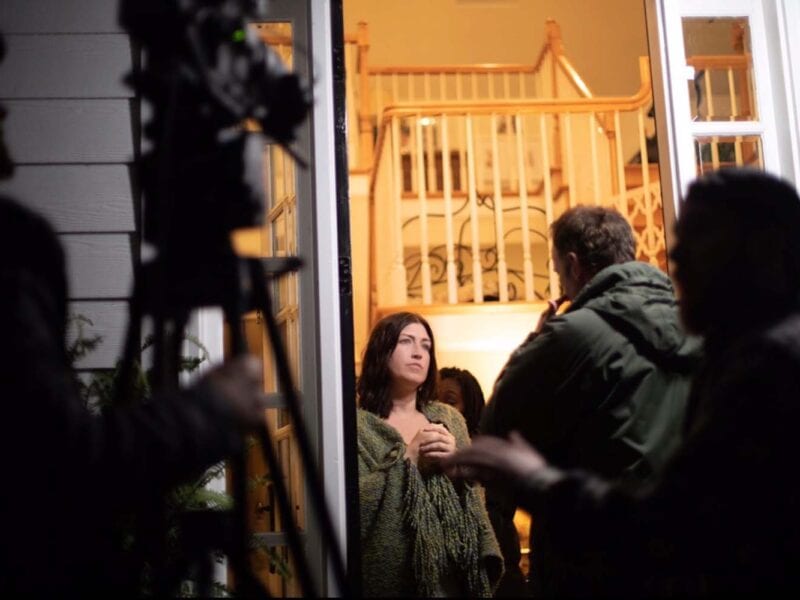 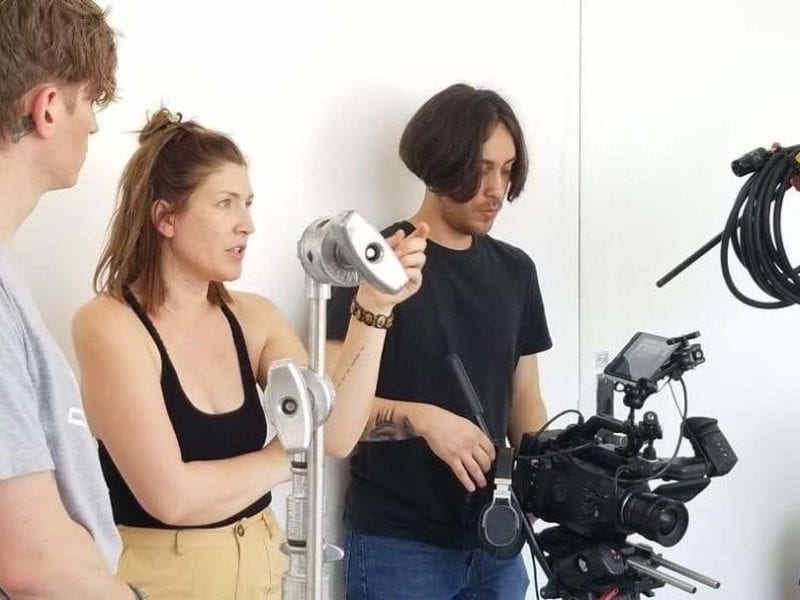