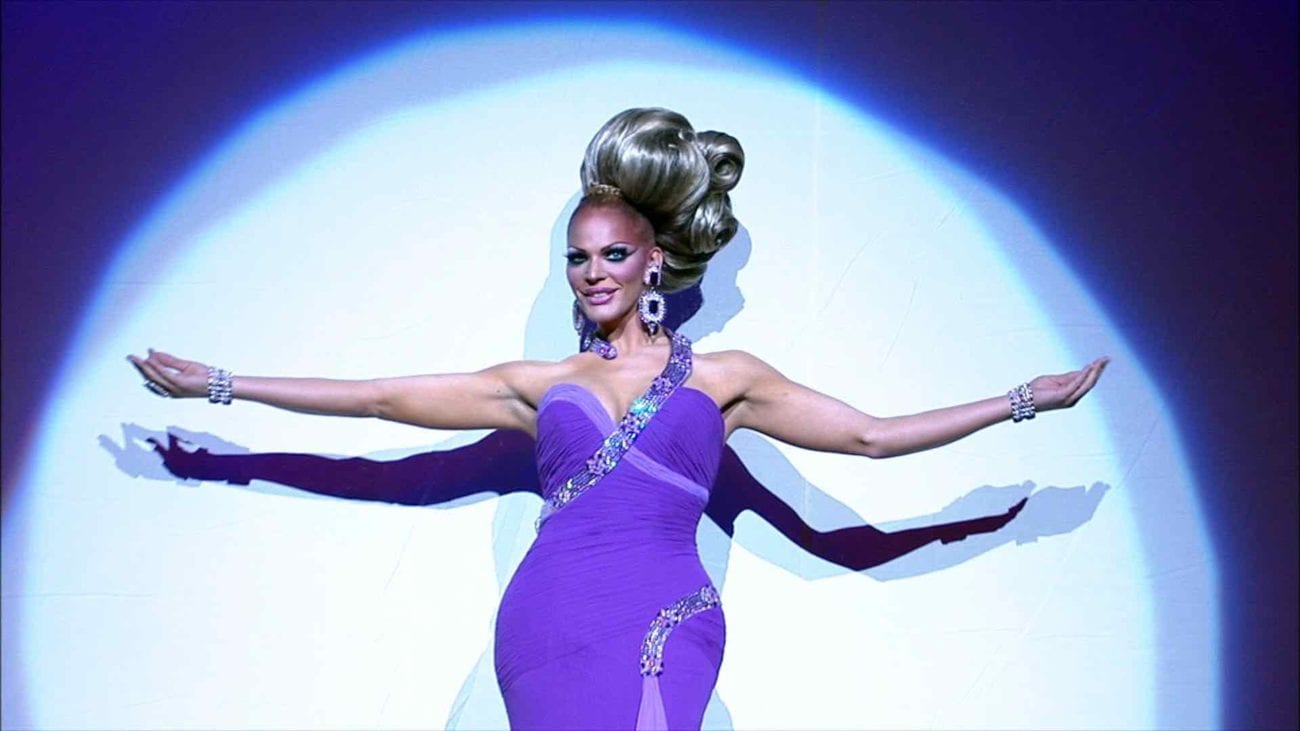 Using the framework of the 38-year-old Miss Continental Pageant as its backdrop, The Queens explores the complex & fascinating transgender subculture of competitive female impersonation entertainers and their driven & dedicated quest for the crown.

The Queens follows the journeys of several contestants as they diligently plan, prepare, and plot their paths to victory. Along the way, we’ll meet several former titleholders as well as some who have repeatedly competed in the pageant, but never left victorious.

The Queens, screening at the Melbourne Documentary Film Festival, focuses on more than just the competition. The documentary delves into the transgender experience, cosmetic surgery, and the motivations behind some contestants delaying sex reassignment surgery in order to remain eligible to compete in the pageants. 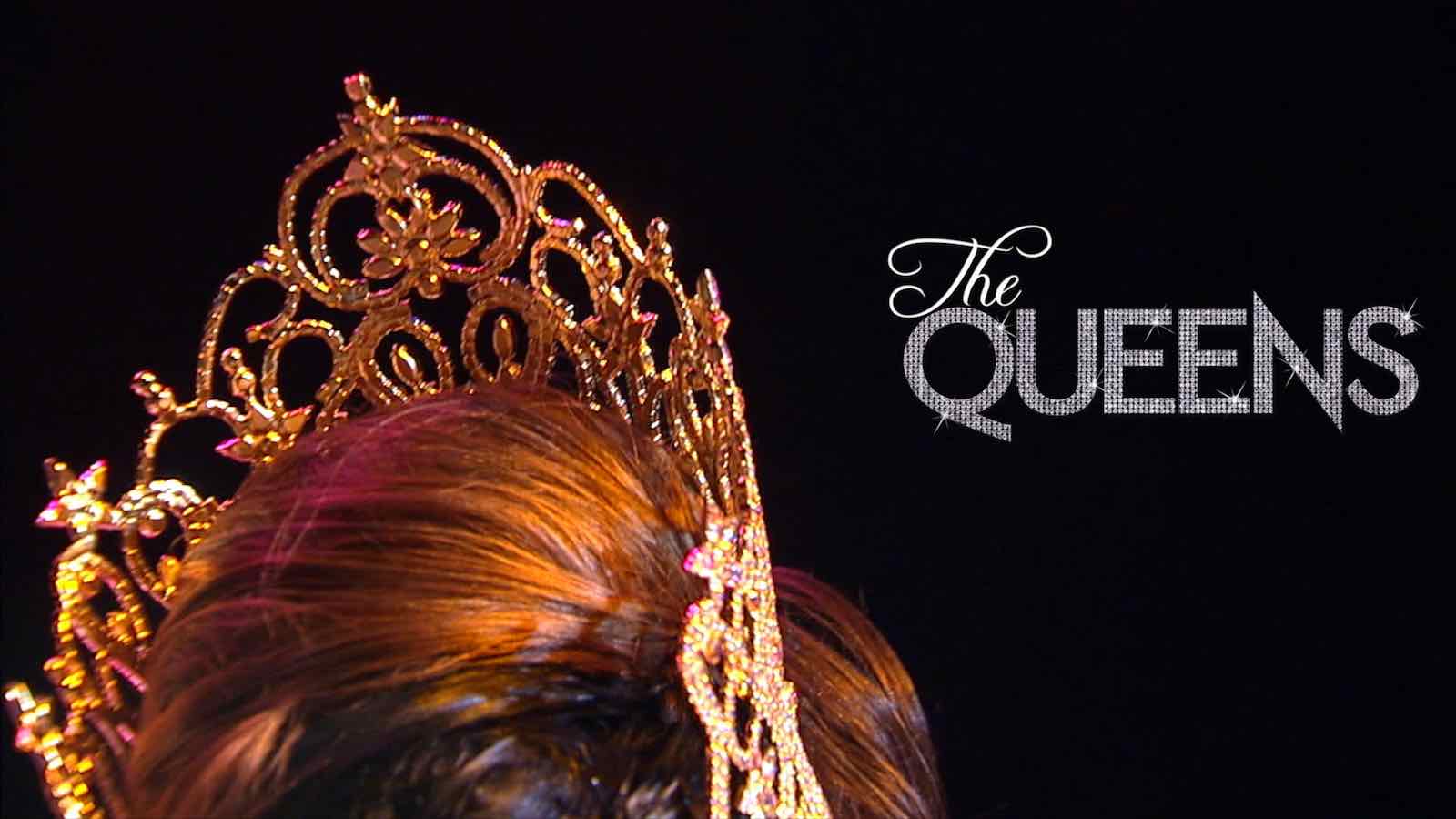 The Queens also features female impersonators who live their lives as men outside the pageant and performance world. Also examined are the romantic lives of The Queens, addressing the rejection many have experienced from family, as well as the changing opinions and acceptance of transgender and gay individuals by society in general today.

Never shying away from the sadder stories associated with the pagent, The Queens also focuses on mob & police payoffs, drugs, prostitution, the AIDS crisis, crime, tragic accidents, and even murder.

The Queens also gets to the bottom of why winning this crown means so much to those in pursuit of the title, why they see it as a stepping stone to greater fame, fortune, and success, and how the cutthroat competition sees occasional acts of sabotage. 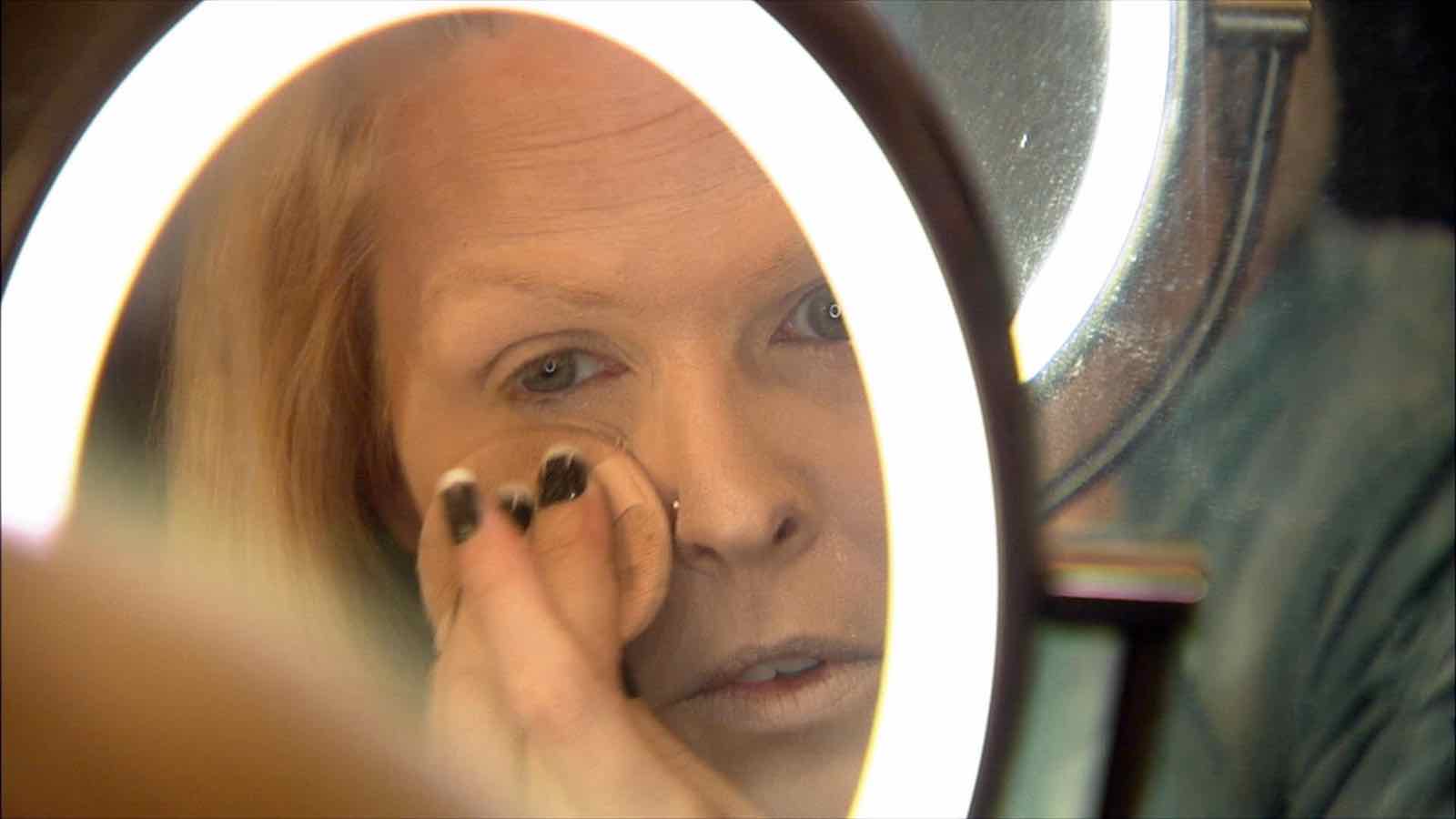 You’ll be awestruck by the time & money spent (on makeup, costumes, wigs, backup dancers and more) to win this crown. The contestants shimmer and seduce, titillate and twirl. The glitz, glamor, talent, and beauty on display here rival – no – they put the Miss America and Miss USA pageants to shame!

Year after year, decade after decade, the show simply must go on.

We were delighted to sit down with the director, writer and producer of The Queens, Mark Saxenmeyer, to chat about the movie and its Melbourne premiere.

Where did you get the idea for the The Queens?

When I first moved to Chicago in 1994, a co-worker at the TV station where I worked as a reporter suggested we head over to The Baton Show Lounge after work and check out a show. I remember responding with something along the lines of “I don’t really like drag shows.”

This new friend explained, “Oh, no, this isn’t drag. These are female impersonators, most of whom live their lives as women when they’re not on stage.” I was intrigued, and then I was immediately mesmerized once I watched an entire show at the club. There was an elegance and a mystique about the performers at The Baton that I had never seen anywhere else and, to this today, have still never seen anywhere else.

Over the years I reported and produced a couple stories about The Baton or some of its performers, but it wasn’t until I left my reporting job and created The Reporters Inc., the nonprofit production company that produced The Queens, that I really gave a lot of thought about doing something more in-depth with and about The Baton. 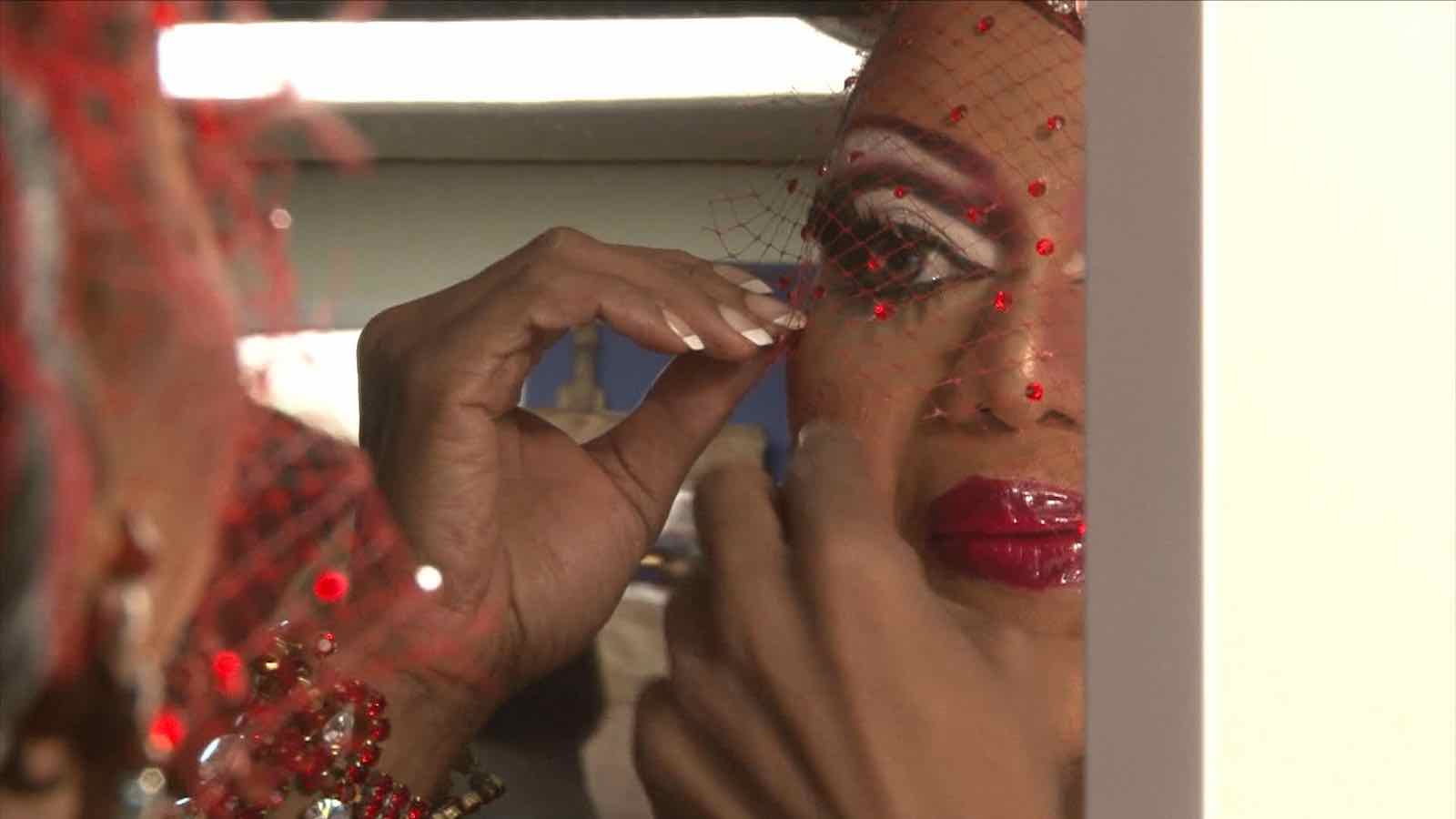 At the time, I thought we could create a so-called “sizzle reel” showcasing the talent there and try to sell it as a reality television show. Most of the Baton cast were interested and so we made a mini-pilot and pitched it to several networks. There was plenty of interest, but no one would actually commission it.

Our sizzle reel was a semi-finalist in the New York Television Film Festival as well, but there were still no takers in terms of coughing up money to proceed.

At the same time, I met with half a dozen Hollywood honchos who would watch the reel and dismissively say things like, “Oh, this one is too fat.” or “That one is too old.” and “They can’t be in the show.” It was pretty disgusting and made me realize that reality TV isn’t where my heart and soul and future were meant to be.

All my years living and working in Chicago (18 in all), I had never been to a Miss Continental pageant. I’d heard of it, but it just didn’t interest me because, well, the Miss America and Miss Universe pageants didn’t really interest me either. 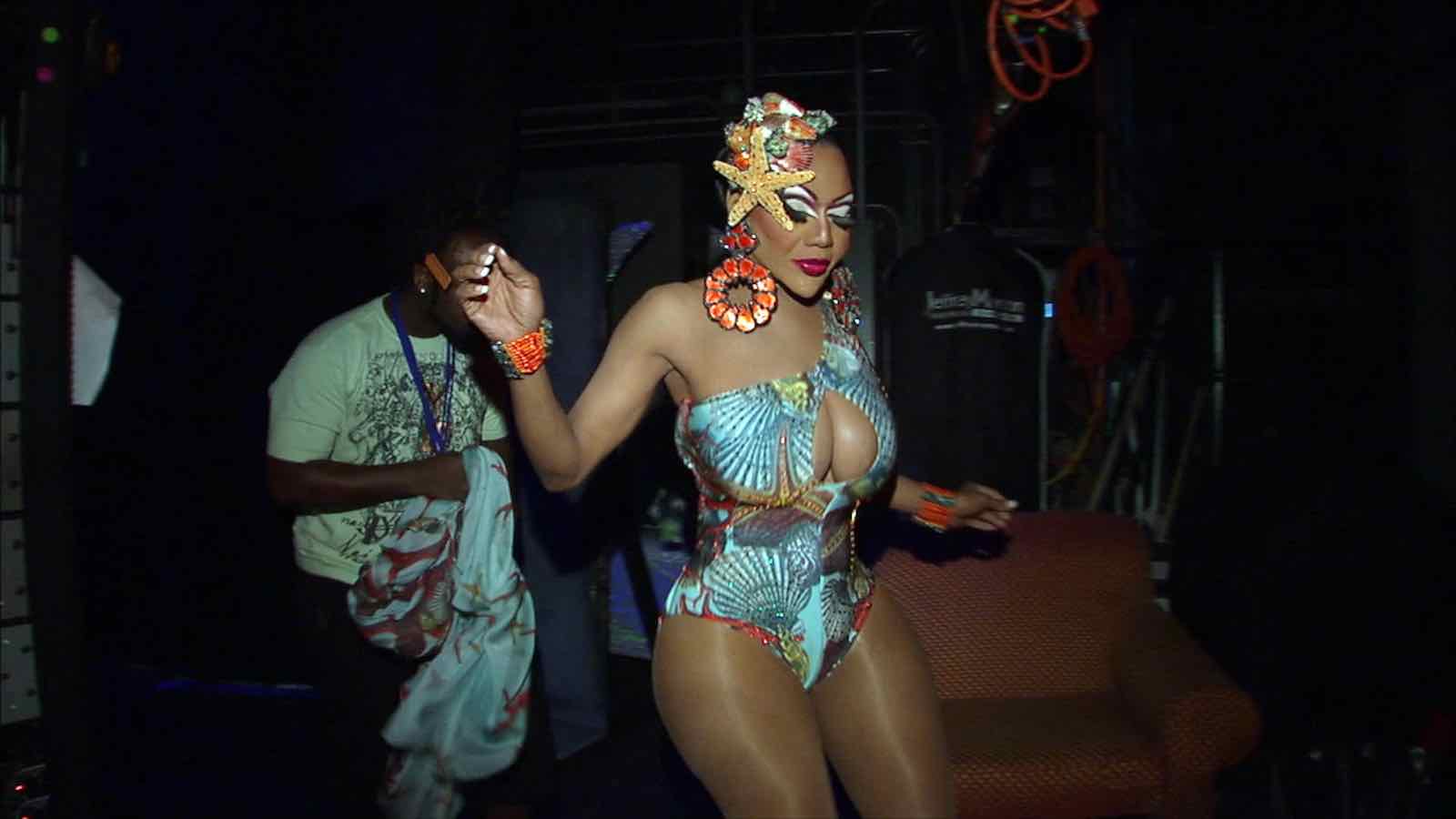 After talking with Jim Flint (who opened The Baton in 1969, and who created Miss Continental in 1980), I realized that it would be insufficient to chronicle The Baton (where many of the regular entertainers were former Miss Continentals) without delving into the spectacle of Miss Continental.

In the spring of 2011, we filmed a Miss Continental Plus pageant (the Continental pageant for competitors who don’t wear a size 2 or 4 or 6, etc.) and I realized I’d been missing out on something very special.

I really had no idea how much time, energy and money these contestants put into winning this title. We later filmed the original Miss Continental pageant and one of our photographers basically said, “You know, this should be our focus.” 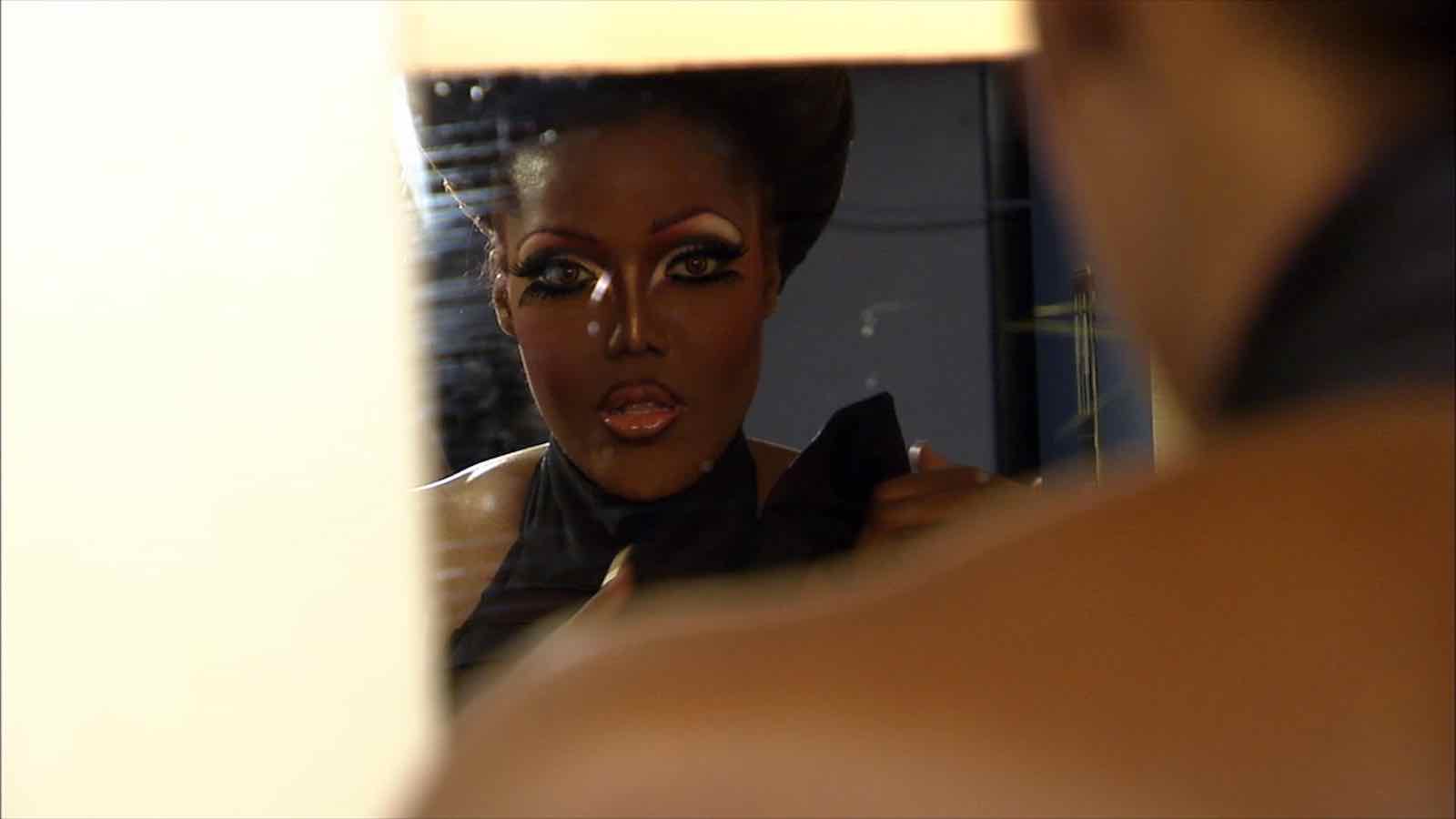 When people ask me what The Queens is about, I initially tell them that it’s a revealing and fascinating look at the transgender subculture of competitive female impersonation. It’s much more than that, of course, as it delves into the personal lives of performers at both The Baton and those competing for the Miss Continental crown.

I think that it appeals to both the LGBT+ community as well as straight folks. Each takes something quite different from it, but hopefully all audiences find it both entertaining and enlightening. One of the ongoing threads in the film is the need to have a goal in life, and always be reaching for it despite setbacks and disappointments.

Miss Continental is not something most people know about or have even heard of. But for the entertainers vying for this crown, it is truly the dream of a lifetime. Their stories are both uplifting and, at times, heartbreaking.

Yes. We reviewed more than 80 hours of past Miss Continental pageants dating back to 1985, and used an interesting assortment of clips from them in the film. 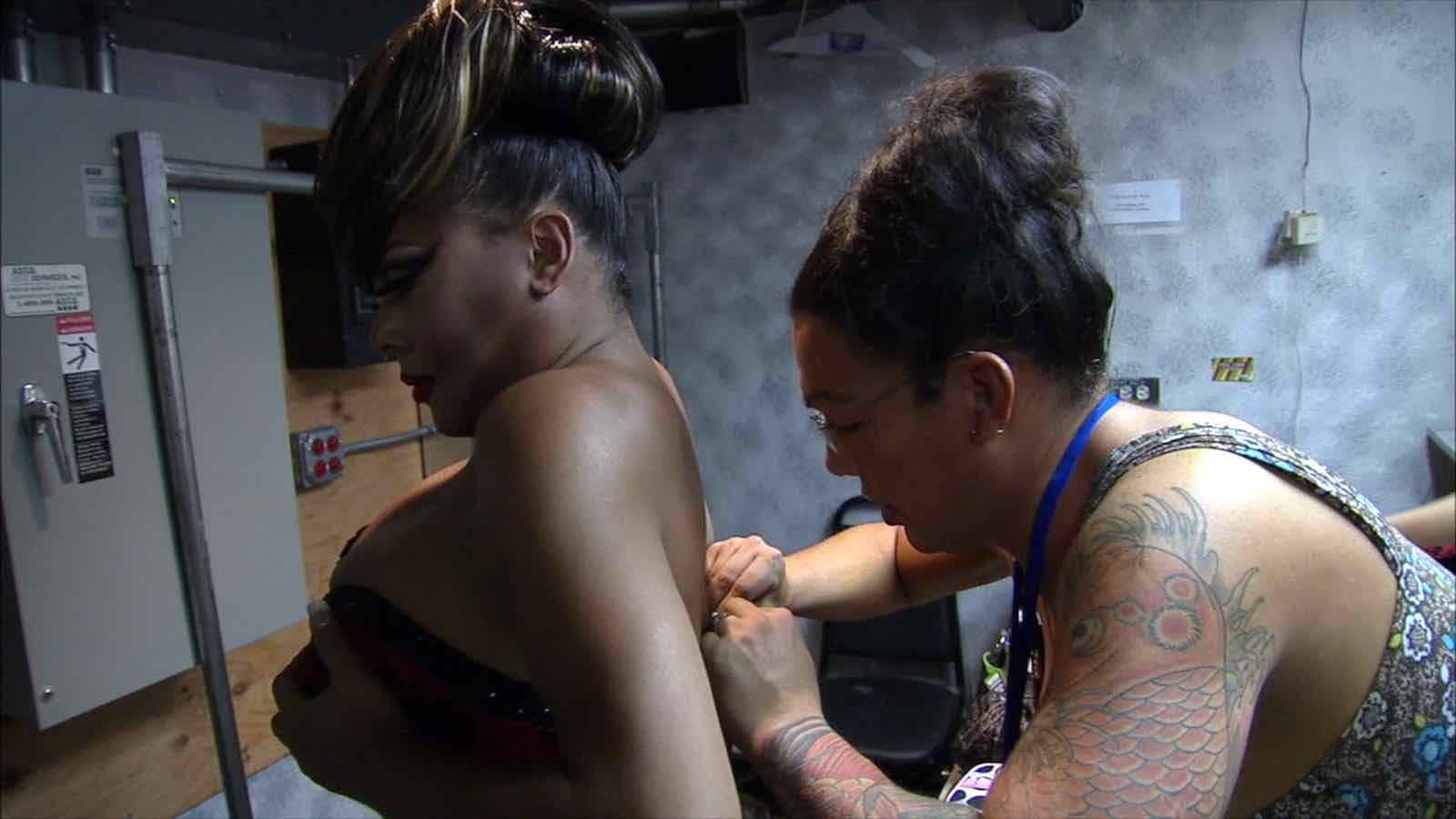 Why is it important that The Queens’s story is told now?

When we “workshopped” the first edit of The Queens with a group of primarily LGBT+ filmmakers in March 2017, I was surprised by some of the reactions the film received from transgender activists. Despite the longevity and prestige of Miss Continental, there are those who think this pageant world is regressive – and even offensive (just as many straight people think the same about Miss Universe, etc.).

Because transgender awareness, understanding, and acceptance have come a long way since we started work on this film in 2011, there are some trans activists who believe that The Baton and Miss Continental rules which define what being female is (or isn’t) are archaic and problematic, and that too many of these performers base their self-esteem or self-worth on the need to effectively convince straight America that they’re beautiful illusions of stereotypical female beauty.

We listened to the feedback and made some adjustments, but in the end we still chose to make a film that celebrates this pageant community as it is, as opposed to criticizing or condemning it. That said, The Queens does indeed delve into the darker side of The Baton and Miss Continental’s history. 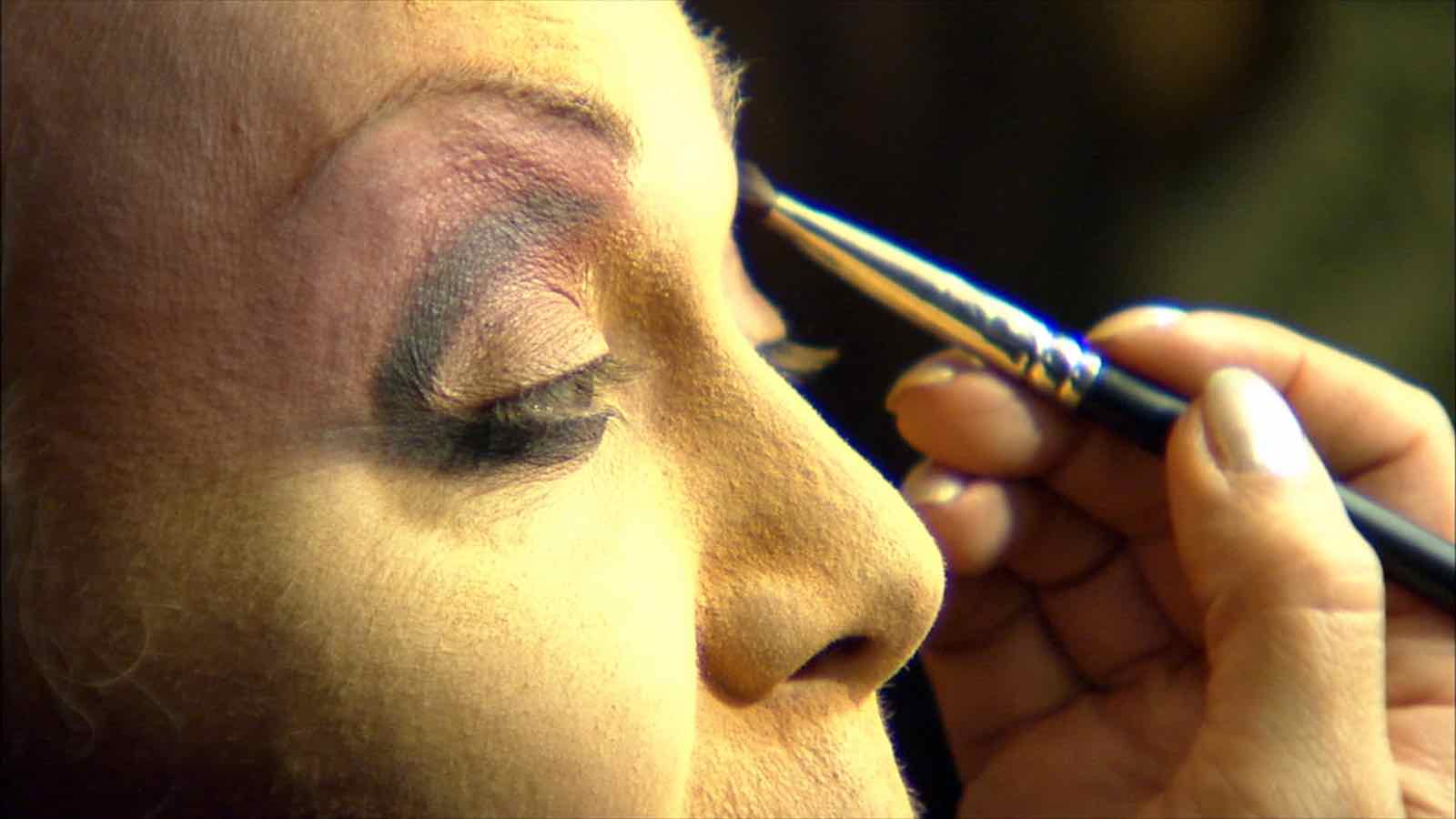 As Mimi Marks (Miss Continental 1993 and a performer at The Baton for close to 25 years) says in the film, “I tell my family about how many people I know, how many people in this community, have died or been killed, and they just can’t believe it.”

On a lighter note, if you’re a fan of RuPaul’s Drag Race, you’ll probably love The Queens. The film includes several cameo appearances from past Drag Race competitors who, prior to gaining national attention on TV, competed in Miss Continental.

In addition, one of the performers we closely follow in her quest for the pageant title is Naysha Lopez, who also appeared on Drag Race a couple seasons ago. Naysha is one of the few Miss Continental competitors who is not transgender and, in The Queens, she talks about conflict that sometimes occurs between transgender female impersonators and those who live their lives as men when they’re not performing.

We’re thrilled to be one of 50 feature-length documentaries featured in this year’s festival. It’s truly an honor. 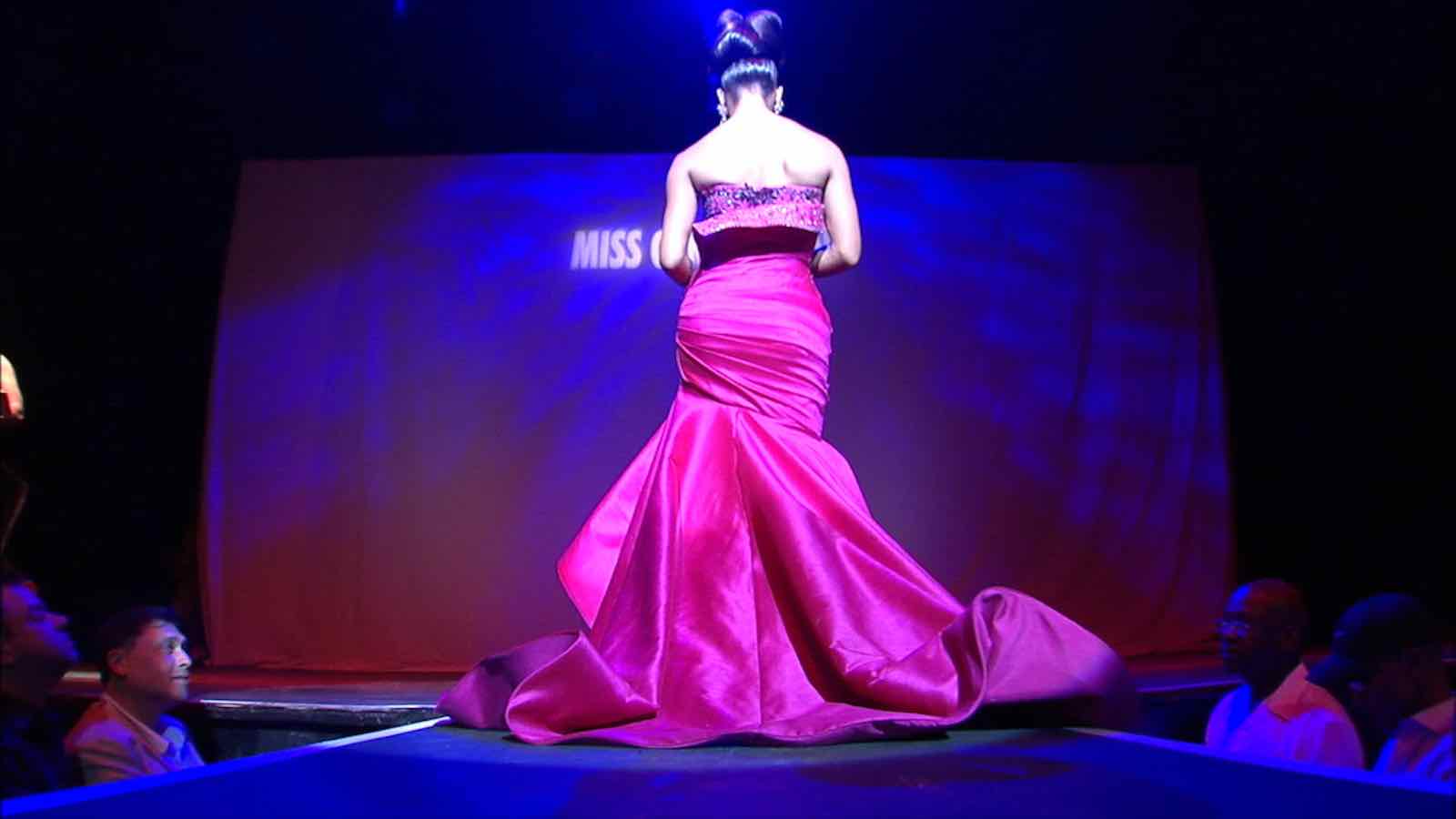 The Reporters Inc. is currently shooting a documentary series about wrongful convictions, tentatively titled The Innocent Convicts. All the details can be found on our website.

Where can our readers see The Queens?

The Queens will be screened next at the Melbourne Documentary Film Festival (July 19-30), followed by the Festival of Cinema NYC in New York (August 2-11) where it’s been nominated in the Best Documentary category.

We’re in the process of signing with a distributor to launch The Queens worldwide, aiming for a late fall 2019 release. All the details about The Queens, including trailers, awards, festivals, press coverage, and more can be found on our website here.