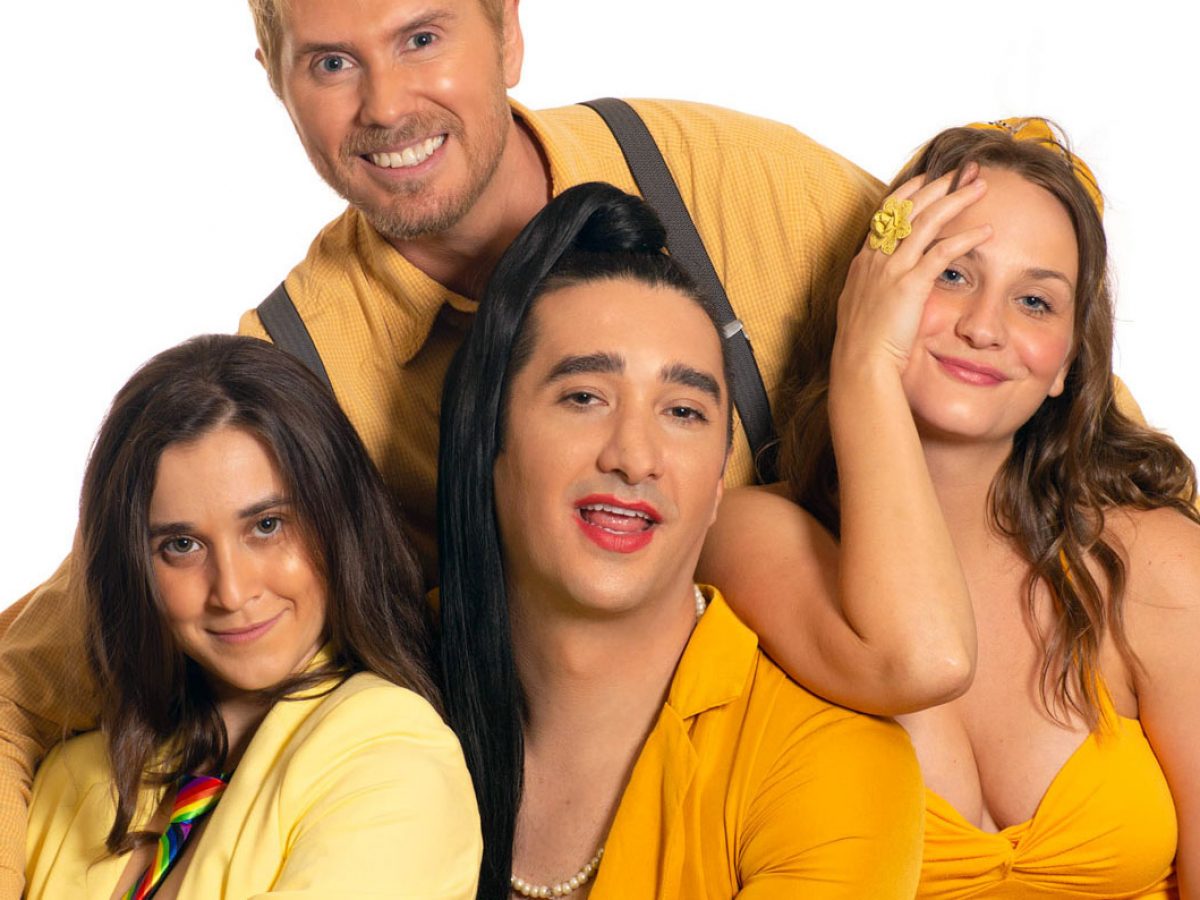 Thales Corrêa is here to break down barriers. The Brazilian filmmaker, who identifies as gay, is the mastermind behind the new web series Poly People, which follows the lives of four people in a polyamorous relationship. Corrêa conceived of the series with lesbian writer Melissa Girard and Brazilian production partner Anthony Moore, and it employs 85% queer, female, and POC identified people behind the camera.

Poly People debuted in January on YouTube to universally positive responses. Many praised the show’s ability to create endearing gender-fluid characters and demystify gender identification paradigms for audiences of every kind. If that wasn’t impressive enough, Poly People qualified for the 2021 Primetime Emmy Awards in the categories of Outstanding Short Form Comedy Series and Best Actor in a Short Form Comedy Series.

Film Daily was fortunate enough to talk with Thales Corrêa about his career, his filmmaking style, and his desire to increase representation and diversity on the screen. Here’s what he had to say: 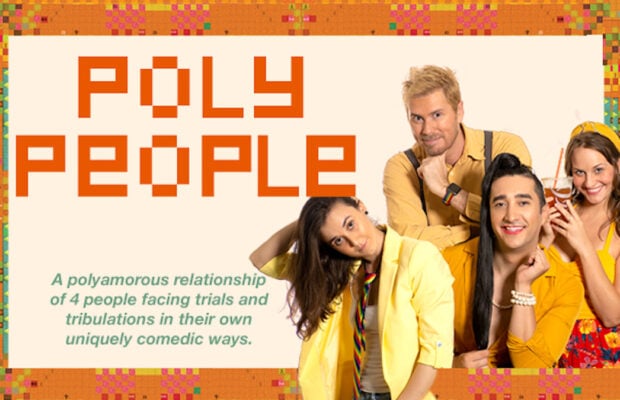 Tell us about your journey into filmmaking. What did you do before getting into film?

I was born and raised in Brazil. When I was young, I did a bit of theater and some acting. At eighteen, I moved to Ireland, and I did a musical there and a couple of short films as an actor. But I’ve always been fascinated with the work behind the camera and how stories were built. I came to Los Angeles to study cinema, and that’s how I started to get a broad perspective of filmmaking, from writing to editing and directing. Before Poly People, I released my first feature film called Bathroom Stalls & Parking Lots.

Were there any particular films or TV shows that inspired you to become a filmmaker?

I’m obsessed with The Matrix trilogy and all the Wachowskis’ body of work. I know they are a bit different from what I do (probably because of my lack of budget), but they were certainly an inspiration on how to make cinema that is exciting, intelligent, moving, and poetic. The Matrix was certainly a movie that blew my mind for all aspects from the story, directing, to the insertion of philosophies. Later on, when I was already studying cinema, they released a movie called Cloud Atlas. It instantly became another one of my favorites; that movie defies genre, and everything we understand about cinema and storytelling. It’s beautiful.

I’m really inspired by the new disruptive creators from our generation like Issa Rae, Lena Dunham, and Rachel Bloom. I also admire Ryan Murphy a lot. I know he can sometimes stir controversy, but I think it is incredible the way he has transformed television, and there’s a lot to learn from there.

I don’t, unfortunately. But I would welcome a mentor in a heartbeat. I’m someone who’s always learning, and I would love to have someone that would have my best interests at heart. Sometimes we get feedback from people, but we never know where in them that comes from, and if that would adapt to your style, or help you follow the career path that you envision. I believe that a mentor would bypass that, and would guide me somewhere closer to where I want to be. My advice is: if you have the opportunity, do it, because that’s what I would do.

Each project is different. Usually, there’s something you want to talk about. For Bathroom Stalls & Parking Lots, it emerged from a conversation I was having with a friend. For Poly People, it was a pitch from my classmate Melissa Girard in Second City. My most recent project was inspired by a classic Brazilian novel I was reading during the pandemic. But regardless of how the idea comes, they all spark something inside me that I immediately start seeing how that story will look like on the screen.

I love music, and that plays a big part in developing ideas. It helps me to define moods and aesthetics for the projects. As soon as I start seeing scenes in my mind, I also start hearing the type of music that will match that mood. 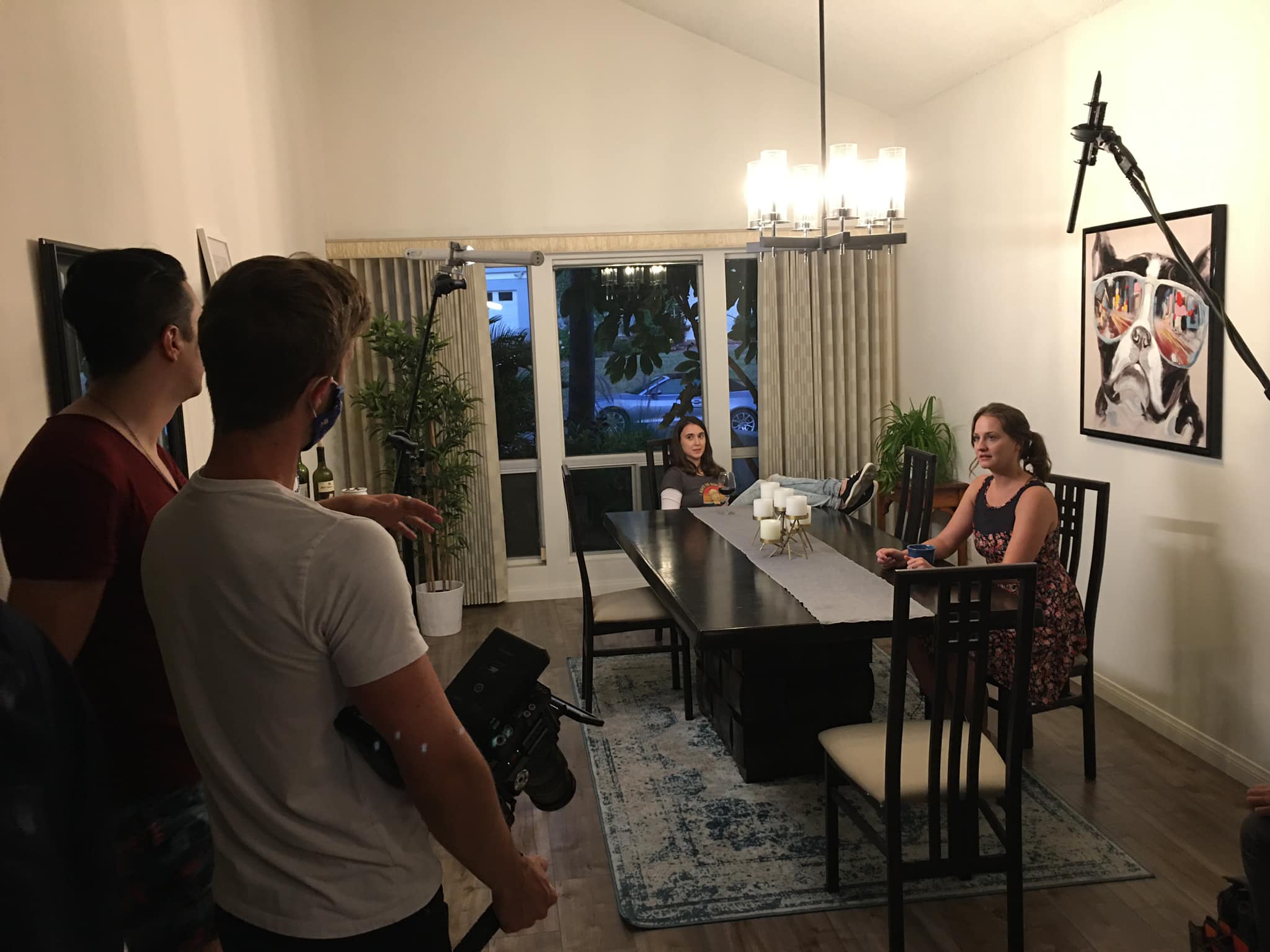 Oh, yes, as I’ve said above. I already listen to a lot of music, especially when I’m editing. But usually, it’s the other way around: when I think about the project, pieces of music I like come up to match that, helping to define the visual aspects, pacing, and other things. It’s incredible how the music inspires me visually.

Where did the idea for Poly People come from?

Well, as I’ve said, Poly People was conceived in the Second City Writing Program, originally created by my classmate Melissa Girard. She pitched the idea, and we all loved it. Then she passed it along to me to re-write and direct it. I was attracted to the project by its diverse characters and how fresh and fun it felt reading it.

Poly People calls its group a “quadrouple” because of how many queer identities are showcased in the web series. Why was it important to you to make the sexualities of the characters diverse?

Above all, to show that what prevails is the love they have for each other. They are four people who connected on a level beyond their sexuality, and at the end of the day, that’s what true love should be about. Being part of the gay community, I see that people have their nuances and sexual preferences. And there’s nothing wrong with that. We are all plural, and unique in our own way, and we have different shades of sexuality. Poly People shows that we can all get along and be united as long as we learn how to live and love one another’s differences.

Did you have any self-discovery about your own sexuality throughout the filming experience?

By the time we were filming the show, I was already pretty self-aware of my sexuality. I’m gay and grew up in Brazil in a conservative family, so it did take me some time to come to terms with it. But right now, I’m pretty comfortable in my skin, and I think that that’s what it takes to direct a project like that. You already need to be pretty comfortable and confident about your sexuality. I did learn a lot about loving and living with differences.

What was life on the set of Poly People like?

It was one of the most joyful and fun experiences I;ve ever had on set. Everyone was very happy to be there, and our scenes were flying so fast. I can’t remember being on a set that we had so much fun on as this one. You can get a little glimpse of that from our bloopers at the end of each episode.

While on set for Poly People, you juggled a lot of different hats. How did you manage all those roles?

Preparation. I managed to memorize lines and train with actors beforehand and had extensive meetings with the crew and left everything ready for the action. Once you have all your ducks in a row, you can start shooting.

Why was it important to make a show that covered so much ground in the LGBTQ+ community?

Because there are millions of shows that cover heteronormative relationships, each one has some unique take. So imagine the mine of untapped potential a show on Poly People could be. Some may consider polyamory to be trendy right now. I consider monogamy to be trending in Western society for centuries now and people are finally breaking through the programing to see there are many ways to love and live.

How much of yourself is in the story of Poly People?

I’m gay and I’m part of the community. I have been single for a while, so I’ve absolutely had to juggle multiple relationships at once, but nothing too official—like in Poly People.

Poly People was released to critical acclaim, and even qualified for Primetime Emmy consideration for 2021. Did you ever see the show doing so well when you were filming?

We have always believed in the show since its table read. We could see the mainstream potential of it at the time, but weren’t sure how people would react after it was done. So it’s great to see that people are seeing the show in the same light that we did.

How does this project compare to your previous films you’ve worked on?

They are both LGBTQ+ themed. They both have a take on reality but in a different way. I’m acting in both, as well as writing and directing. But still, there is some distinction between them, and I like that. I love to innovate and create different things.

What do you hope audiences take away from Poly People?

I hope it will make them smile and laugh. It’s a comedy after all! Yeah, there’s a message behind it, but if the audience sniffs that we’re trying to push something, they won’t be laughing or watching.

I would love to be directing shows on a network and wearing fewer specific hats than the ones that I have right now. And I’ll throw in this one as well: I hope to be married and with kids. 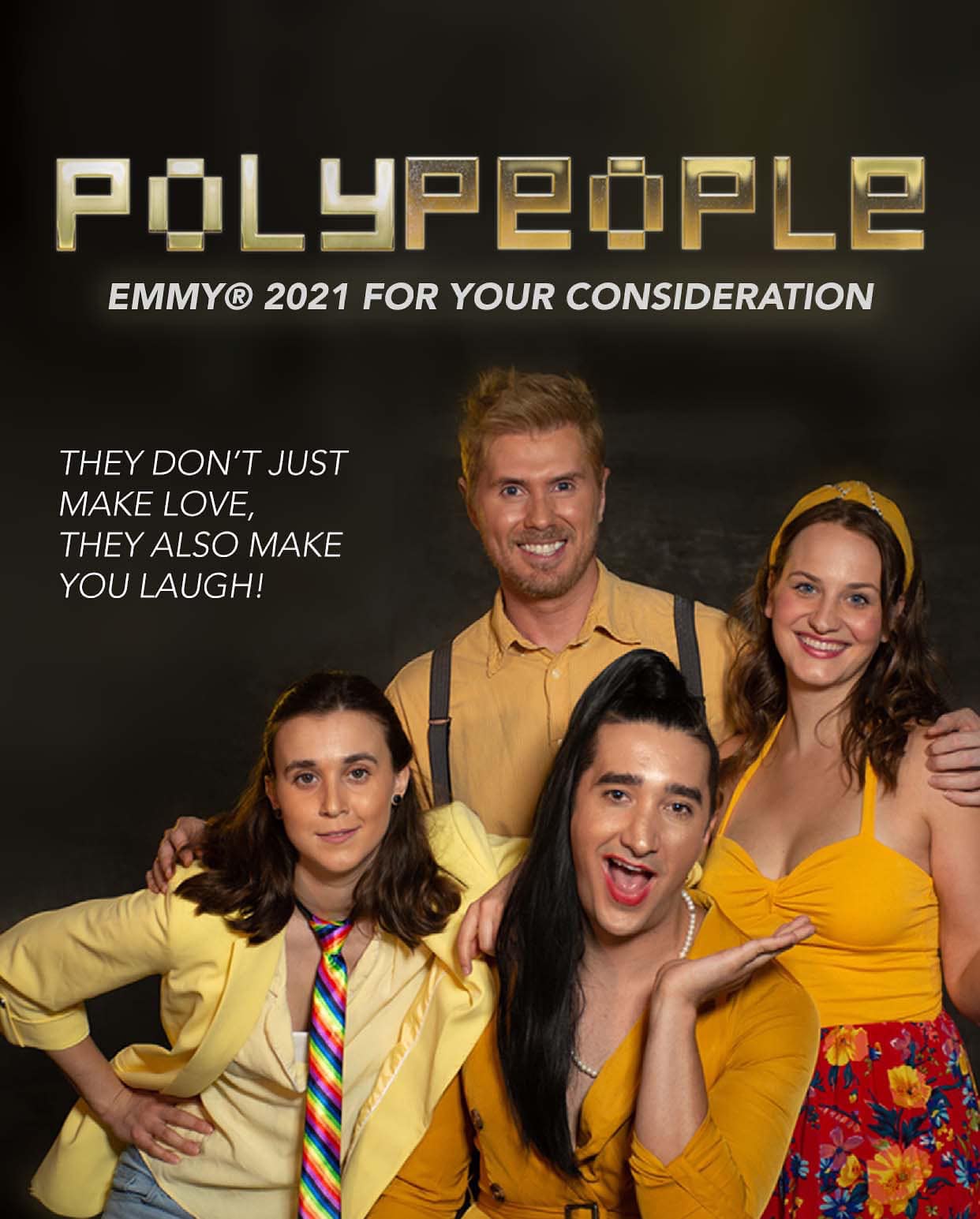 If any director could tell the story of your life, who would you choose and why?

Fernando Meireles. He’s one of the biggest directors from Brazil. My story goes beyond being a queer filmmaker, it’s grounded in my roots, growing up in Brazil and making my way to America. Fernando directed one of the greatest Brazilian films of all time, City of God.

Name five TV shows you think everyone should see in their lifetime.

Do you prefer to be behind the camera or in front of it?

Behind for sure. I love being behind the camera and controlling the scene from a safe space. But there’s an adrenaline rush that comes from being in the two places at the same time that I yearn to master.

Keep working on your craft. Try to conquer any challenge that prevents you from producing and putting your things out there. Don’t be afraid to make mistakes, and have fun with them. After all, we’re not performing any heart surgery.

I already have another series in the store with the same cast from Poly People. It’s a completely different show that displays how versatile my work as a director can be. It’s coming to my channel soon.