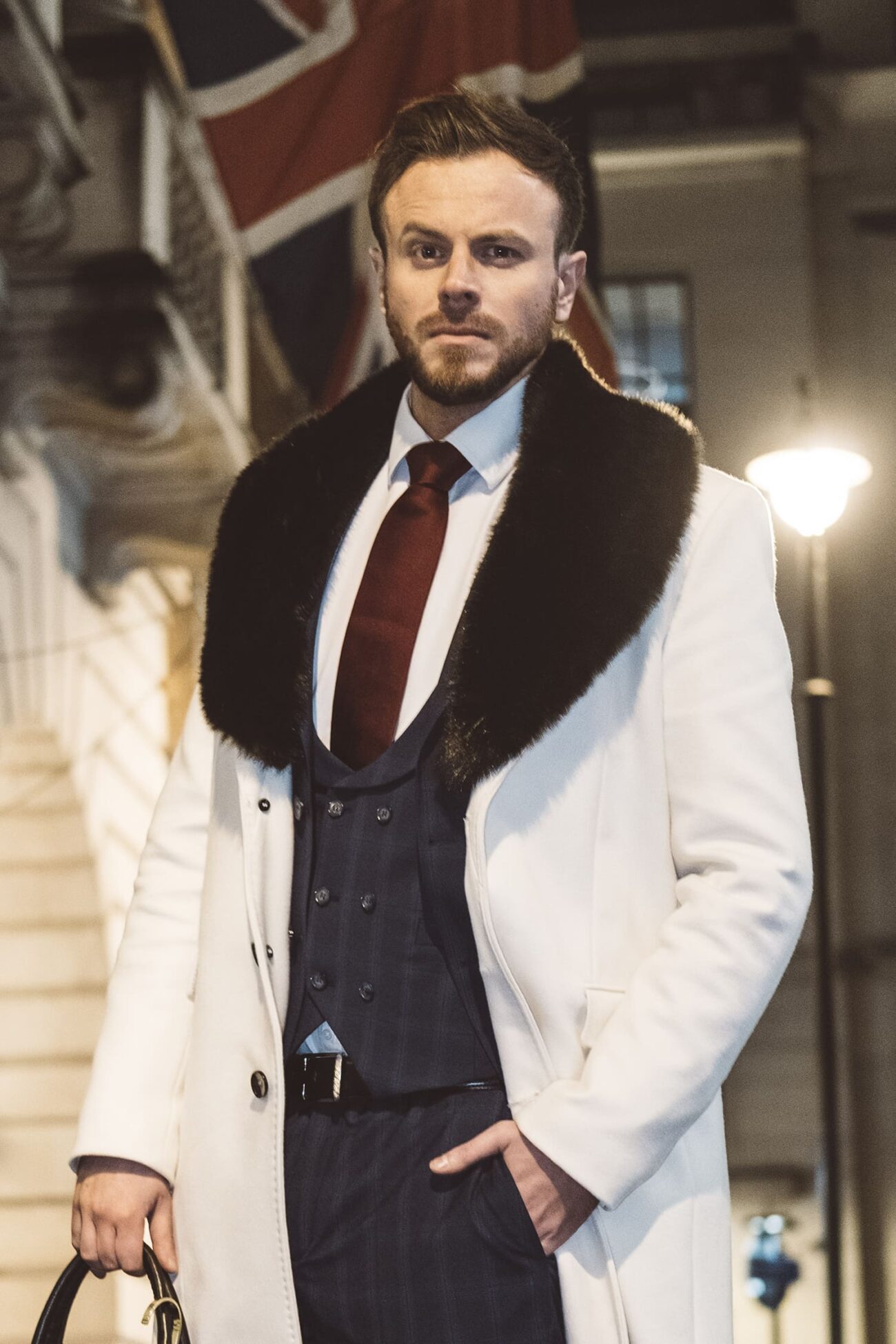 The man on the inside: Get to know Steve Sharpe

Steve Sharpe knows the entertainment business inside & out. He’s spent his life studying what it takes to get people to really buy in to their favorite entertainers. He also hasn’t been shy in front of the camera himself and has appeared on a number of live and pre-recorded television shows.

These days Sharpe runs 3 Kingdoms Group which helps entertainers turn big attention into big money. He’s found his way into the room where it happens, and he’s helping others do the same. We spoke with Sharpe about his history in the industry, what it takes to be successful, and what’s next for his company. 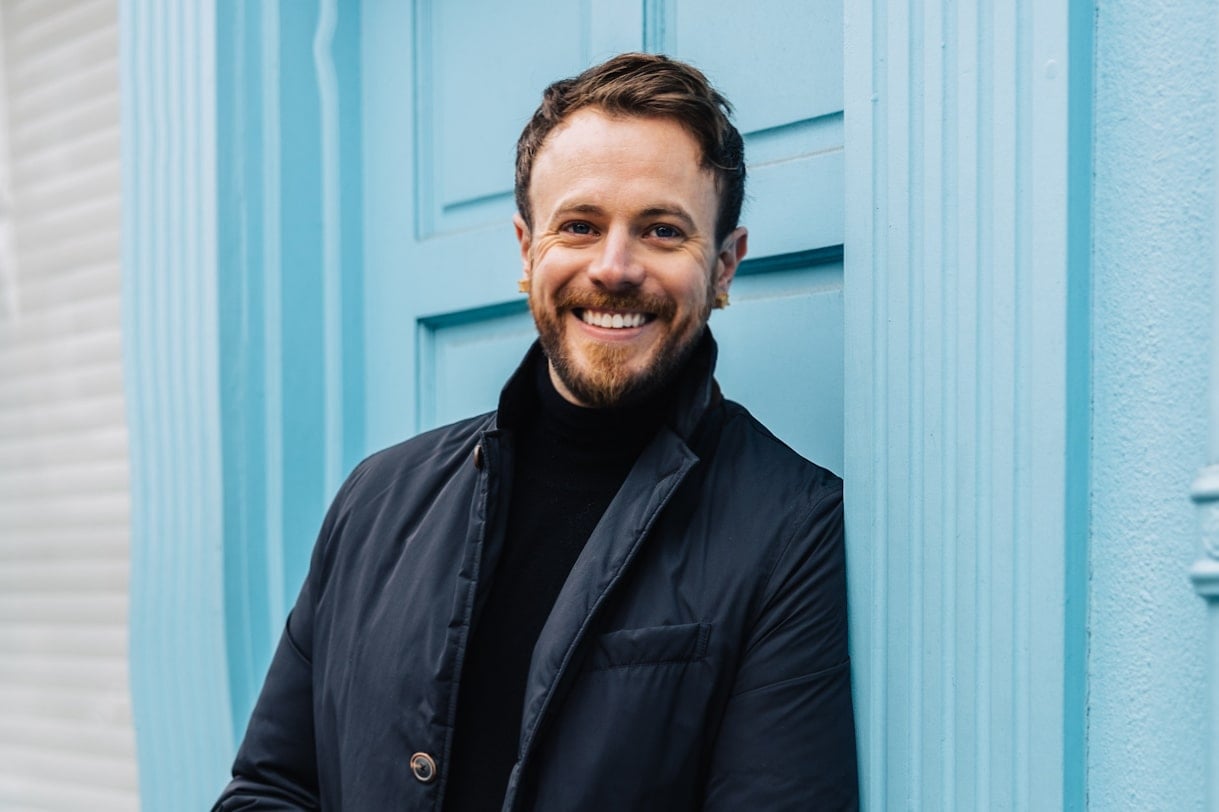 Have you always been interested in working in entertainment?

Yes, more on the business end of entertainment than the stage. I’ve starred in a few school plays and done my share of public speaking but that’s about where it ends – I’ve never seriously pursued acting, making music or any other creative entertainment output. A huge inspiration for me is exhibition fights, like boxing on the pure sports side and WWE on the entertainment side. Even as a kid, I would be more interested in what Don King the boxing promoter or Vince McMahon the WWE CEO was up to rather than the actual athletes. Somewhere deep down I think I always knew this was the right path for me, and it definitely feels congruent with my identity which is important.

There’s a scene in the movie Goodfellas where Ray Liotta, looking dapper, takes his girlfriend into a cabaret venue through the kitchen whilst everyone else is queueing, everyone says hello to him on the way in, and he takes his seat in the VIP area of the venue – I’ve been trying to replicate that scene in my own life ever since!

How did you actually get started in the industry?

I got in touch with Chico from the X Factor about 10 years ago, I think it was through Facebook, after he put a message out asking if anybody could help him understand social media – this was when Snapchat and Facebook were new! I met up with him in a Starbucks in Angel near where I lived at the time and talked him through it for hours. I came up with the idea to sell video messages to his fans (there’s loads of websites doing that now – I was way ahead of the game!) which lasted for a little while. We did quite a lot together for a year or so. We ended up at one of Sir Richard Branson’s parties at Kensington Roof Gardens once, and on another occasion a meeting in the Houses of Parliament together, can’t remember for the life of me why.

He’s a good guy with some pretty fascinating spiritual ideas, it was a good entry point for me into the industry. From there I just worked it very hard and eventually got to know hundreds of famous faces from the UK and US. They come to me now but it wasn’t always that way.

It also helped that I dated a couple of famous women secretly in my early years, but that’s something I don’t share widely!

What was your biggest challenge when you were getting started, and how did you overcome it?

I would have bouts of nerves and self confidence challenges for sure. People generally see a very calm exterior with me, but they don’t know if there’s some anxiety underneath. I found myself at the launch party for one of David Haye’s new gyms once. Tinie Tempah and Jeremy Piven were there, which I think heightened my nerves and I almost spilled a drink on who I think was David Haye’s mum – he was a World Champion at the time and I was pretty concerned about getting my head caved in. Thank the lord I swerved it!

Can you tell us about some of the TV shows you’ve appeared on?

I was on one of the earlier episodes of First Dates, and appeared on Channel 5 News sometimes afterwards as a panellist on dating. One time they put my on screen caption as “Steve Sharpe – Singleton” which I thought was quite the job title!

I have appeared in quite a few other shows, from Eating With My Ex on BBC Three to Million Pound Pawn on ITV1, and some online shows like Text Dating on LadBible. Being in the celebrity arena I know a lot of people in the media, and sometimes they ask me to come on the shows myself – probably when there’s a casting shortage! 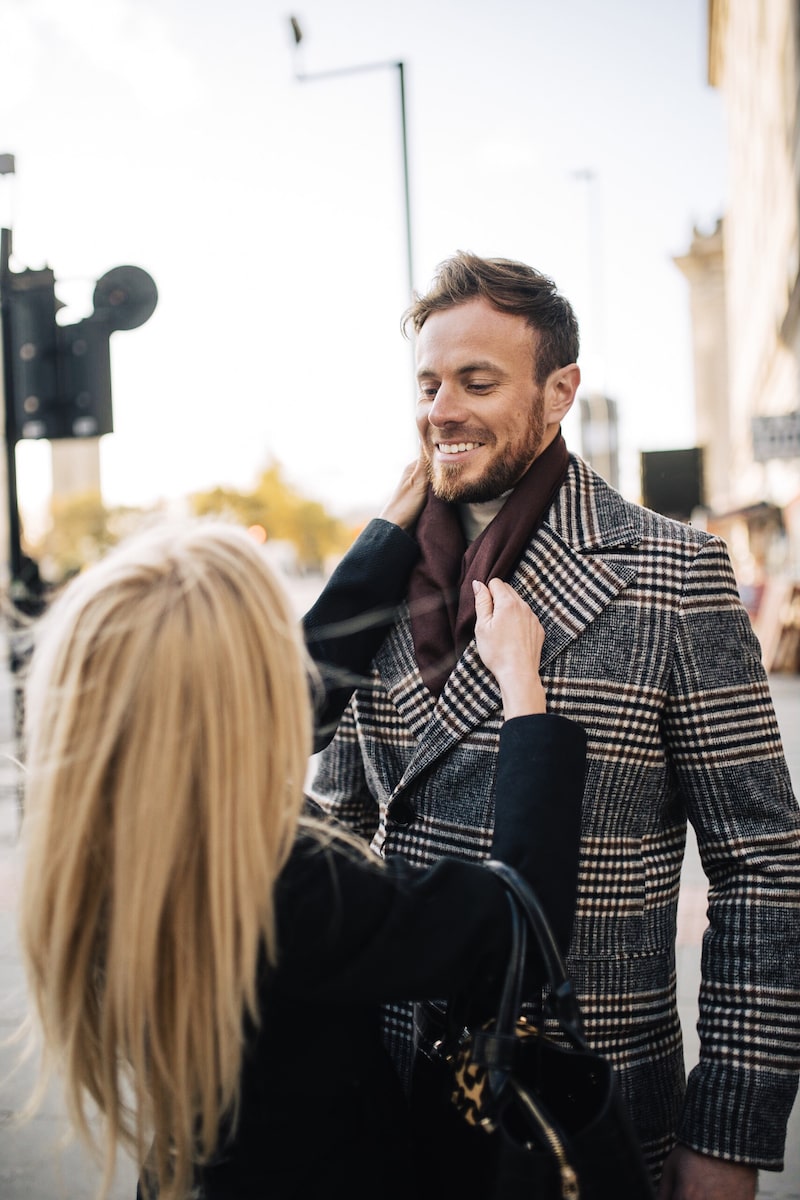 Did you enjoy being on camera, or would you rather leave that to your clients?

I like being on live television a lot more than recorded. On live television the sets are much calmer and quieter to avoid distracting whoever is in front of the camera, and if you know how to control your tongue you have far greater control over your actual output.

Recorded television you are always at the mercy of the editors which can sometimes go sideways – but these days I can handle it!

Will we be seeing you on any shows again in the future?

This is exclusive… I’m launching a show with Triller in the coming months! Triller is the company behind the recent Mike Tyson, Jake Paul and Logan Paul fights, as well as the Versuz battles in music (which they bought from Timbaland and Swizz Beats).

I can’t tell anymore at this stage but you can expect to see some noise about this in April this year!

How did you get involved with your agency 3 Kingdoms Group?

I created this company from the ground up with my best friend Tansel who is like a brother to me, and our dear friend 3x Grammy nominee, recording artist James Worthy, who’s based in Atlanta in the US. The company brings together our huge world of connections into one central place.

How would you describe the agency’s mission as a company?

We help famous people turn big attention into a lot of money. That’s the cold reality of it – although I’m sure somewhere we’ve put a more articulate, less blatant and fluffier mission statement together… 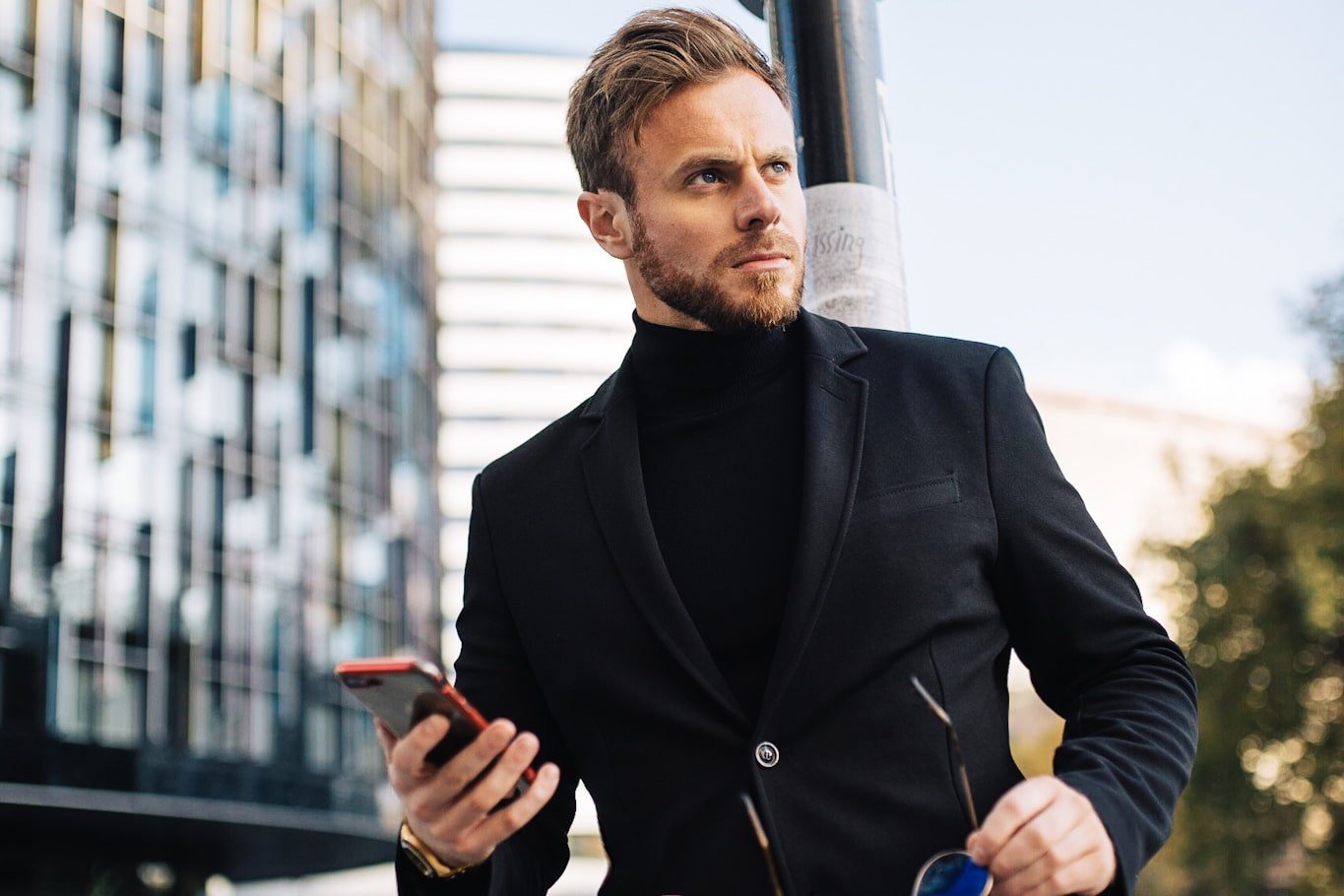 Who have been some of the most exciting clients you’ve worked with?

There’s so many. Right now, we’re very excited about what we are doing with DJ Ego, who is one of the best hip hop DJs in the world. He is one of DJ Khaled’s team in We The Best Music Group and he just got recruited into the Heavy Hitters DJ pool owned by DJ Camilo, that’s a massive achievement and we’re really proud to represent him in the United Kingdom. Another one, I was a part of the touring team for A Boogie Wit Da Hoodie this year in London, we provided a media content package which was great fun since I love his music.

We also have an eCommerce brand with Nicole O’Brien coming soon with our strategic digital media partner Xanda which is about to make earthquakes in the UK retail industry. So that’s a very exciting one.

How has the pandemic affected your business?

It killed the events side of the business to a halt. That was pretty complicated and we were super excited about the bookings we had lined up in London, especially with the big US artists. One was 24kGoldn in January, who is a new age hip hop talent, he’s going all the way to the top, really good guy as well, talented, professional and helpful.

However, the pandemic did drive us harder in other areas, we just adapted well early and planned for the long-term, rather than getting caught in panic.

Man, it was chaos though! Thankfully, and hopefully, we have greater certainty coming back into the economy.

Can you tell us about any of your dream clients?

50 Cent is one of my business idols. I just listened to his new book Hustle Harder, Hustle Smarter. Any entrepreneur should listen to it. I love Fiddy!

Touker Souleyman, he’s a fantastic businessperson that I would love to spend time with and learn from. I have huge respect for his style of business. Also, Karren Brady. She’s just smart, looks amazing, I don’t think anybody could faze her. Class act!

Who are some people in the industry that you think deserve more attention?

Soulja Boy is the most intelligent recording artist perhaps of all-time and deserves icon levels of recognition, more for the marketing innovation than the music.

He finds unique ways to monetise on his records. He put a phone number in the chorus of a song and made it a premium rate number so that fans would call it and he would make more money. That is some radical genius thinking right there. He also was making dance crazes and doing YouTube channels about ten years before anybody else, and he was mocked for it at the time.

I think he also owned the IP rights to one of the biggest ringtones Nokia ever produced, before anybody was thinking about ringtones. The man is like a Gary Vaynerchuck level marketer in a rapstars body. Not many people realise that.

Do you think there’s anyone who deserves less attention?

Cilla Black I was in a room with once and she was seriously rude to everyone. So, I’ll say Cilla Black, without hesitation. 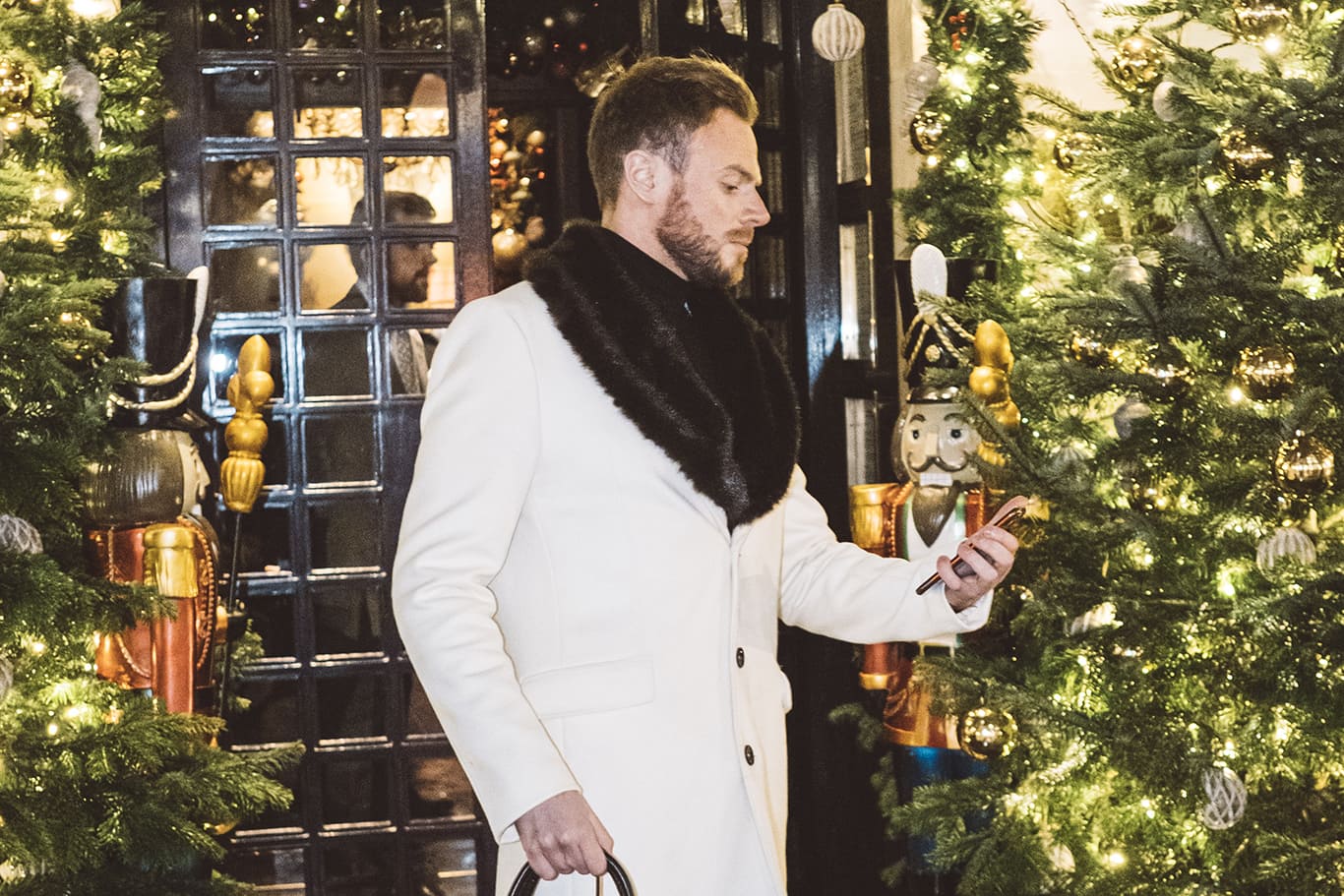 What have you learned while working with 3 Kingdoms Group?

Naming your business after a legendary region of China is actually quite a smart move a few years down the line when talking to Chinese investors.

What are your goals for the future?

Well, I want children in the coming years, so I am definitely setting my goals up around parenthood.

I also want to do more work internationally now these travel restrictions are slowly dropping, I’ve got people to see!

What keeps you motivated?

Meaning. I believe meaning comes from pursuing a worthwhile goal or having love, and I have both in my life, so the motivation never ends.

What advice would you give to someone who’s currently where you started in the industry?

Don’t be afraid to talk to the top. Don’t let hierarchies stop you from getting what you want from your life, if you play it by the rules you won’t get anywhere. You have to think radical and not be afraid to make moves with decision makers and major players – and learn how to!

Serious people need serious value to take you seriously. And value comes in many forms.

More like a two year plan. I believe fear is the greatest motivator so I do spend time writing down my fears when I’m goal setting. What happens if I don’t reach my goals? How bad will it be? What is my greatest fear this year? I find framing strategy with fear is a powerful personal motivator, it encourages cutting out excesses and works for me. 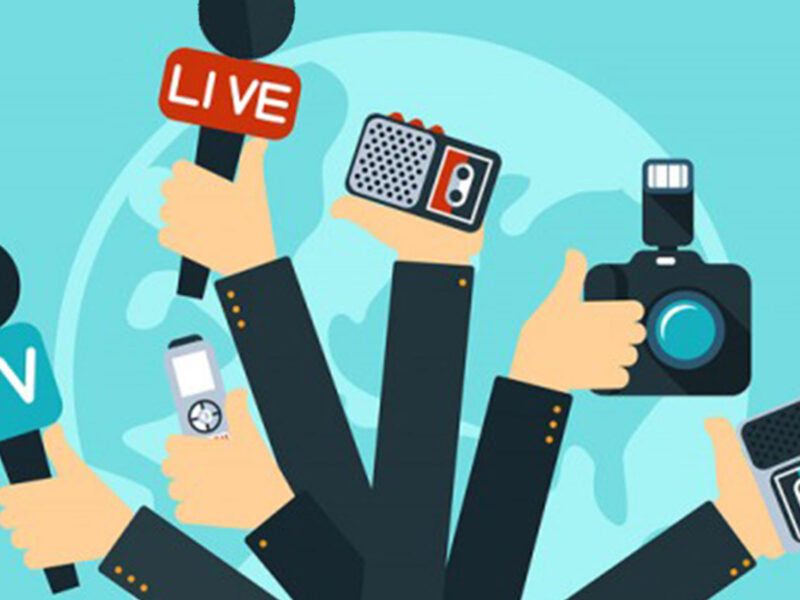 In a Flashhh Marketing LLC is the top PR agency 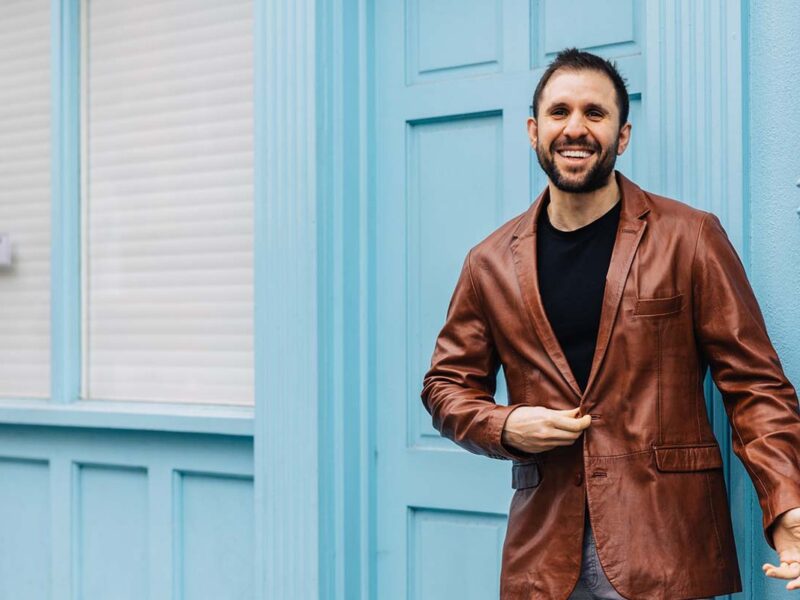 Tansel Adacan is making waves and building a following