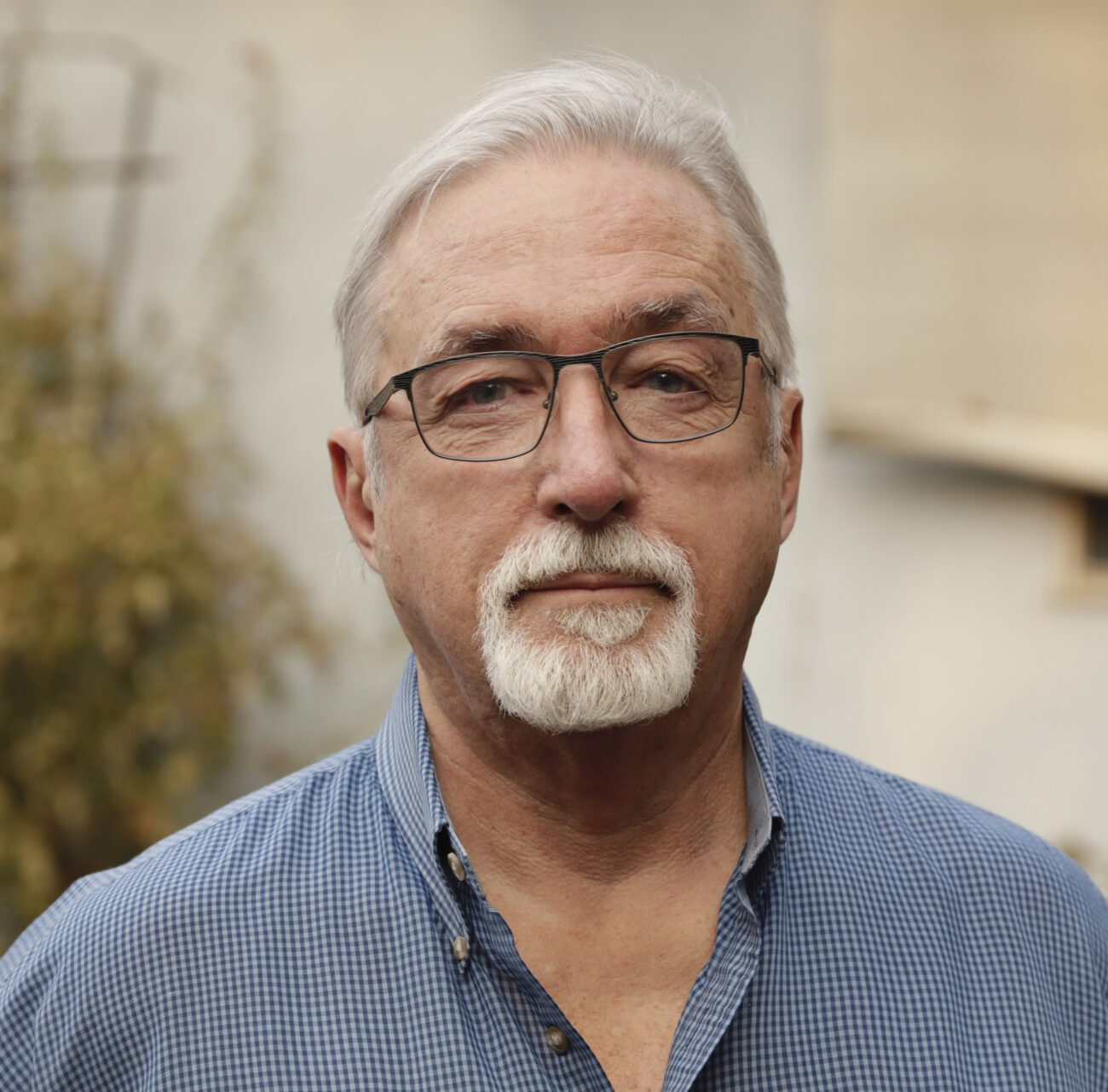 Steve Ecclesine has a story to tell. The longtime producer decided to step behind the camera to helm the new documentary Have You Heard About Greg? A Journey Through Alzheimer’s with Faith, Hope and Humor, which details the life and experiences of Alzheimer’s patient Greg O’Brien.

Ecclesine shot over 70 hours of footage for Have You Heard About Greg? in an effort to better depict and inform audiences of the struggles that people must contend with when they are diagnosed with Alzheimer’s. The doc is set to make its world premiere at the Second Annual Filmocracy Fest playing digitally December 9th-12th and in-person on December 11th in Beverly Hills, CA. You can purchase tickets here.

Film Daily was fortunate enough to chat with Ecclesine about his new documentary, his approach to filmmaking, and the life lessons he learned along the way.

Tell us what first made you fall in love with film.

How did you get your start as a filmmaker?

In the editing room working for Roger and Gene Corman on a couple of black action movies.

Who are some of your biggest influences?

You’ve worked as a producer for years. What draws you into a new project?

In the early days, you take any job on any production because the rent needs to be paid. As an independent producer, you’re hoping the production has a great script and enough of a budget to produce a commercial project. Oftentimes it’s the challenge of having to produce an impossible project that turns me on.

Do you have a favorite genre or format to work with?

I have a very eclectic resume. I like to work on projects with people I like and get paid a fair wage. 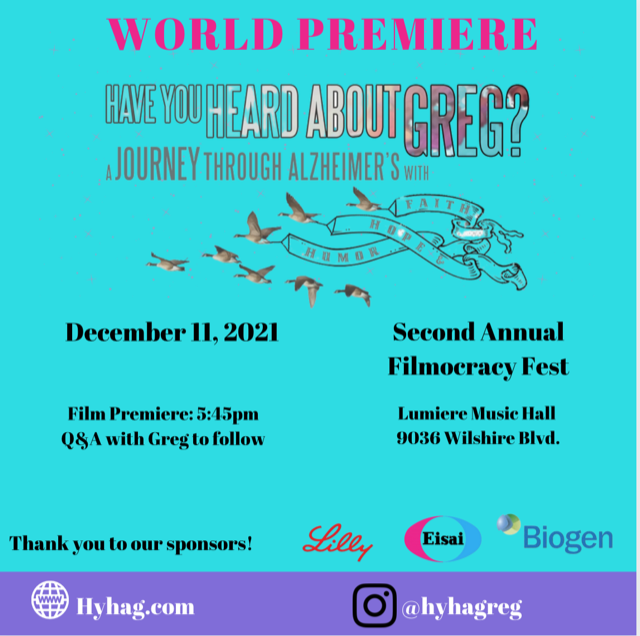 Your current project is the documentary Have You Heard About Greg? What was it about Greg O’Brien’s story that spoke to you?

Alzheimer’s has taken several members of both Greg’s and my family.  I responded to Greg’s work as an investigative journalist. He’s a great Irish writer and storyteller and is well-respected throughout the let’s-fight- Alzheimer’s industry.  We’re going to make a movie of Greg’s book, ON PLUTO: Inside the Mind of Alzheimer’s.

Can you tell us about how you got the project off the ground?

I was looking for a project that would showcase what I had learned in 50 years of toiling in the Hollywood vineyard. Greg was going to be the keynote speaker to 400 caregivers at an Aging Life Care Advocates conference (ALCA) in Scottsdale, Arizona in March of 2019. I decided to film his presentation and it turned out great with many clips from this initial shoot making it into the film. Greg opened up his rolodex and introduced me to all of the other interviewees in the film. Since it was a labor of love, I kept paying the bills.

After working as a producer for so long, what made you decide to direct this one?

I had directed a myriad of 3-4 camera early cable and first-run TV shows. I had been a second unit TV director in the Director’s Guild. HYHAG evolved organically and because I was footing the bills,  I was the natural choice for the job.

What is something that surprised you about working as a director on the film?

I was surprised by how my editor, Tim Lowry, was able to boil down 70 hours of material we shot into an 87-minute little jewel of a film.

What was your biggest challenge while working on the documentary?

Finding a way to educate while entertaining our audience about the most dreaded disease known to man and hopefully overcome the stigma that is attached to Alzheimer’s/ Dementia.

Has directing changed the way that you look at producing or filmmaking as a whole?

I appreciate the director’s job even more. As a producer, I usually have a script, budget, shooting schedule. In making a documentary, the creative producing team is flying by the seat of their pants and hoping that all the pieces of the linear jigsaw puzzle will prove to be satisfying to the target audience. 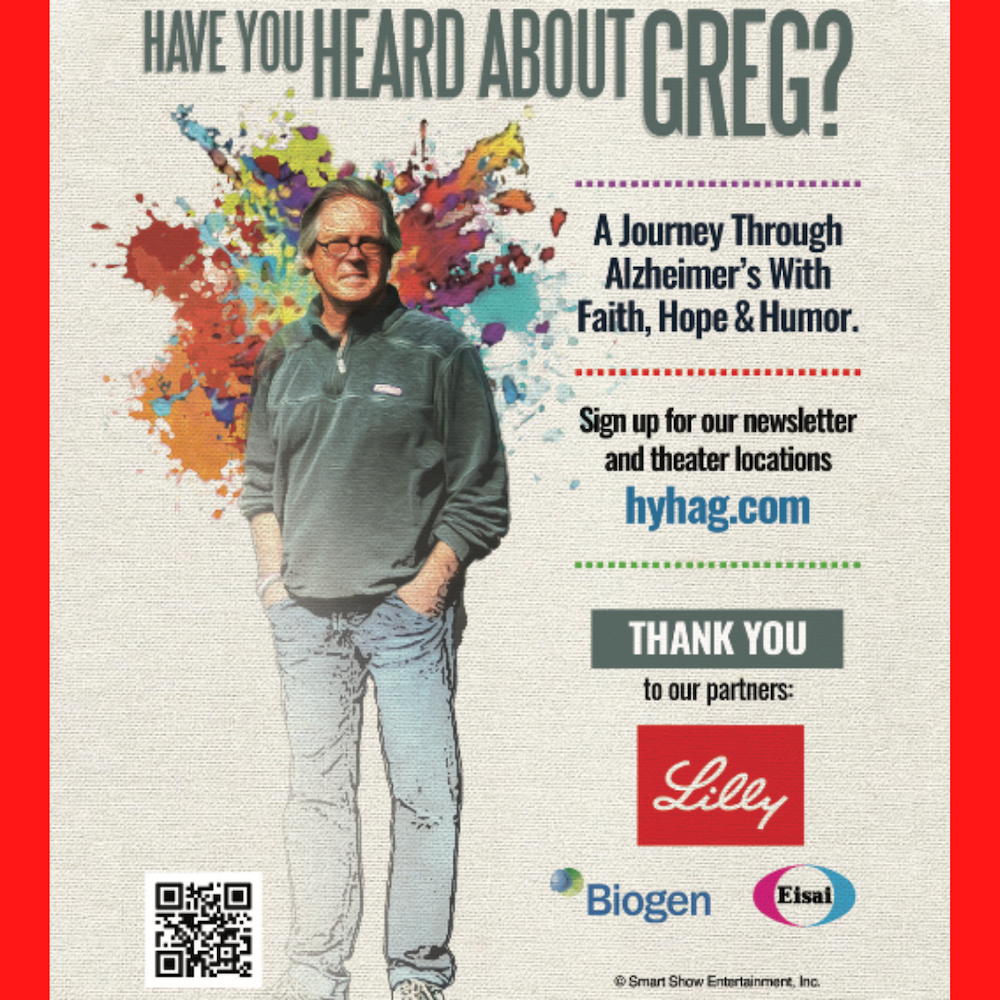 When audiences see Have You Heard About Greg?, what do you hope they take away from it?

Greg and I set out to achieve three goals: to get people talking about this disease and move it from the back page much closer to the front page, to increase the funding for research and development comparable to other diseases and to remind the audience to pay more attention to their own brain health. I believe we will be successful in all three.

What is the biggest lesson you learned from the project?

Take a chance. Try to create something original that the audience hasn’t seen before.

Do you have any advice for people who are just getting started in filmmaking?

Choose a genre and filmmaker’s whose work they admire. Learn as much as you can about them so that you can at least talk the talk while you are learning. The opportunity door opens and closes very quickly in showbiz. Be prepared. In the beginning, say yes to everything because only a minor percentage will actually work. When you get a job, make as many connections as possible because that’s how you pay the bills. Choose wisely because you become known for the projects you work on.

Do you have any projects already lined up for the future?

Yes. A couple of big movies and a TV series for a streamer.

What’s something that’s still on your filmmaking bucket list?

To leave something behind that outlives me. HYHAG has a good chance. I’ve optioned a book, The Orphan Mother, had a great script written and I’m actively working on getting it produced.