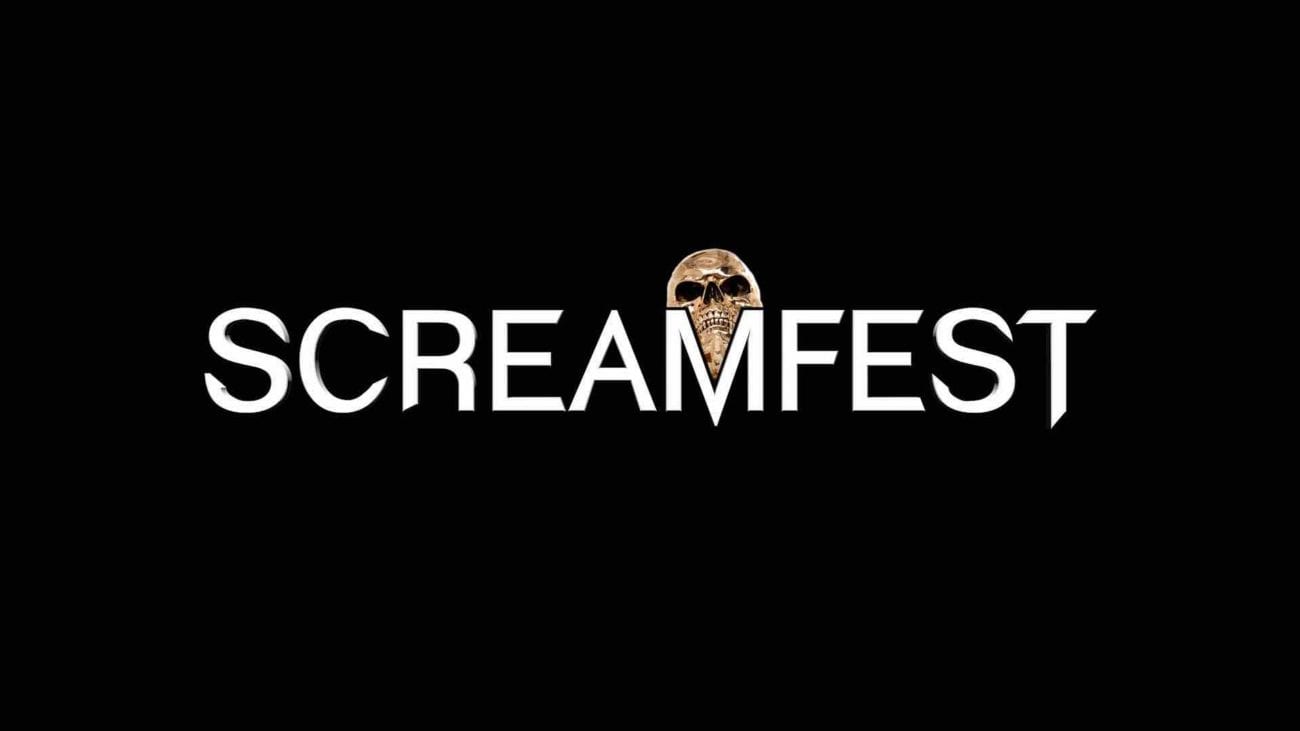 Are you in LA? Do you like horror movies? Do you have plans for the 8th to the 17th of October? You do now! Screamfest Horror Film Festival is back for its 19th edition bolder, bloodier, and more bodacious than ever.

The annual film fest which launched hundreds of successful horror careers (including unveiling Paranormal Activity back in 2007) will kick off its current season with Eat, Brains, Love directed by Rodman Flender.

You might recognize these famous features as having premiered at Screamfest: Tigers Are Not Afraid, Paranormal Activity, 30 Days of Night, Trick ’r Treat, and The Human Centipede. Screamfest is truly the festival of festivals for horror fans.

We were delighted to sit down with Screamfest Founder/Festival Director Rachel Belofsky and chat about this year’s program, as well as the varied (and bloodied) history of this horror mainstay.

The 2019 festival will give awards in the categories of Best Feature, Directing, Cinematography, Editing, Acting, Makeup, Special Effects, Visual Effects, and Musical Score. In addition, there are special categories for Best Animation, Best Short, Best Documentary, and Best Student Film.

Get ahead of the walking dead: bookmark this page so you can buy your tickets. If you’re on the fence about the fest, here’s the first wave of movie announcements you can catch at Screamfest. Sharpen those fangs and whet your appetite!

Based on the living dead road trip novel by Jeff Hart, a gory, funny, surprisingly engaging zom-rom-com from Rodman Flender. The good news: Jake’s dream girl, Amanda, finally knows his name. The bad? It’s because they both contracted a mysterious sexually transmitted zombie virus and devoured the brains of half their senior class.

Now Jake & Amanda are on the run from Cass, a teen psychic sent by the government’s top-secret Necrotic Control Division to track them down as they search for a cure while weighing up the existential question of who really deserves to be eaten alive. 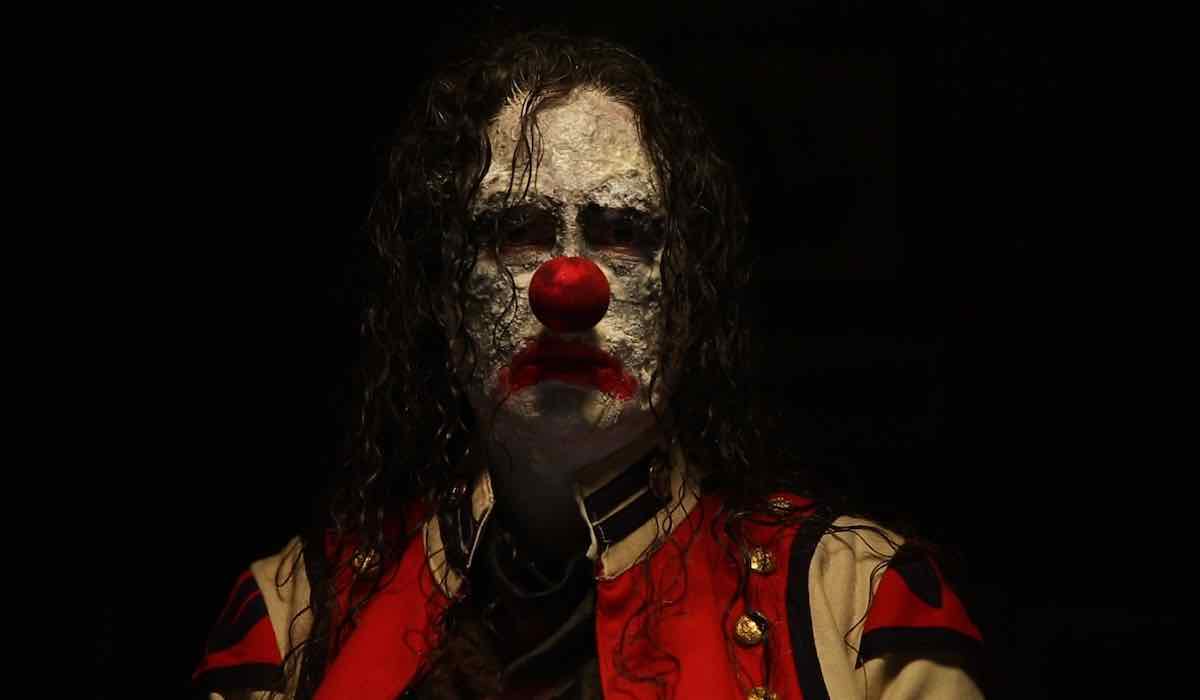 The Deeper You Dig

Thrown into the face of death only to emerge unharmed, the characters of Immortal are left staring at their lives in the face with uncertainty and fear like they’ve never imagined.

Chloe, a single mother in a relationship with Alex, has her life turned upside down when her younger sister, Sadie, comes home after a long, unexplained absence. Though Sadie seems to want to settle in with her sister and 17-year-old niece (becoming quite a handful herself), she’s actually a deeply disturbed young woman who has a sinister agenda regarding anyone who gets between her and her big sister. 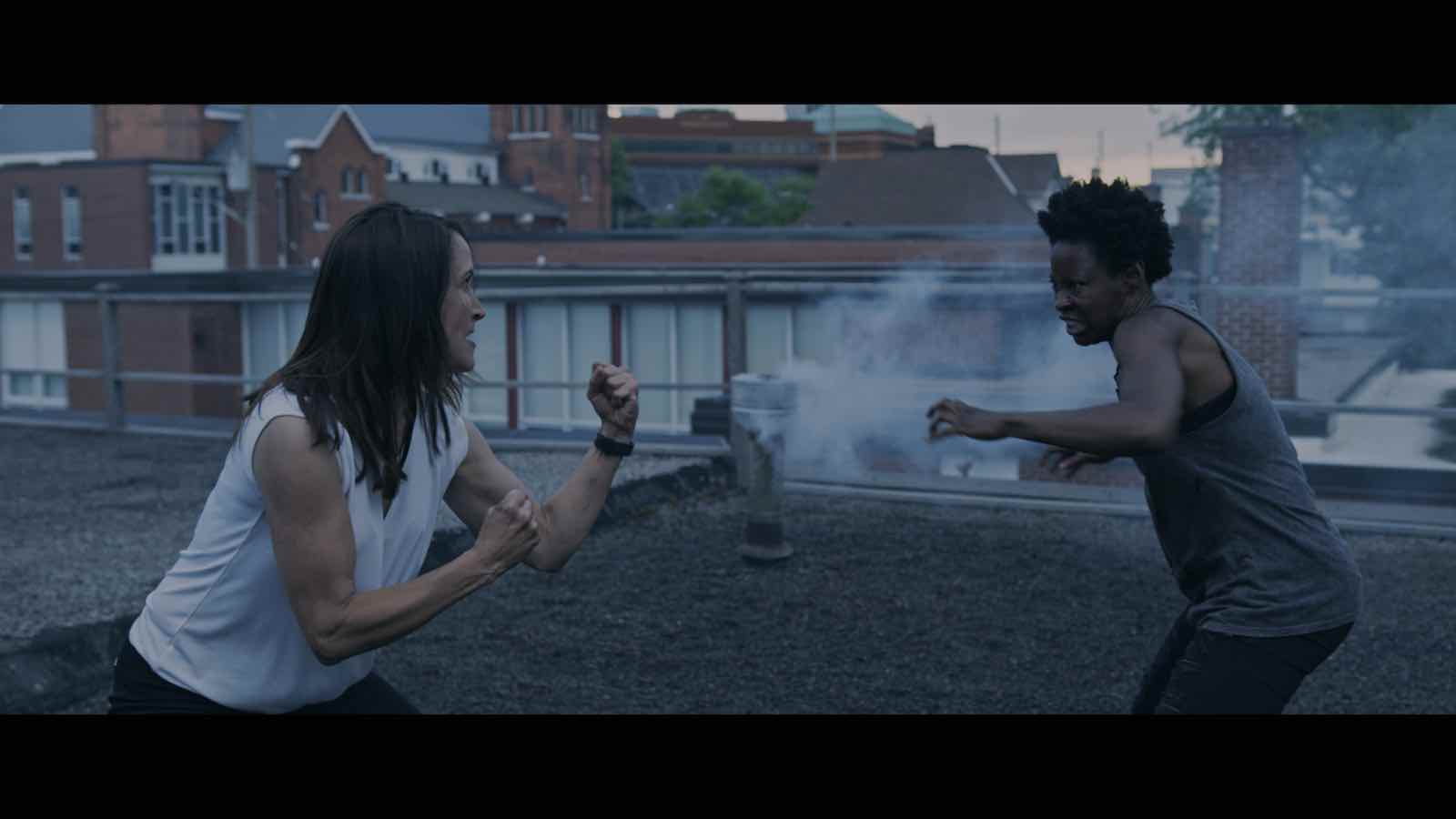 Socially detached loner Lacey is cursed with immortality and a neverending tedium of existence. In her attempts to keep her compulsions in check, Lacey seeks out the darkest souls humanity has to offer. Lacey must now face her own inner demons while simultaneously finding her next meal.

When a nature photographer explains to the police how she fought her way out of the Watchatoomy Valley, they dismiss her crazed and violent story as a meth-induced nightmare. But when they discover that she’s telling the truth, it’s too late.

On Halloween night in 2015, Patrick “Trick” Weaver massacred his classmates at a costume party. After being arrested, he managed to escape police custody, but not before being shot five times by Detective Mike Denver (Epps).

Everyone believes Trick must be dead, but when a masked killer reappears the following Halloween, and every Halloween after that, they realize the nightmare is not over. With Trick wreaking havoc and killing innocent people in increasingly terrifying ways, Denver will stop at nothing to finish what he started and bring the carnage to an end.

A defiant teenage boy, struggling with his parent’s imminent divorce, faces off with a thousand-year-old witch living beneath the skin of and posing as the woman next door.

In addition to producing, Rachel has served as a sales agent at the AFM and Cannes Markets. Belofsky most recently produced the documentary Going to Pieces: The Rise and Fall of the Slasher Film which Entertainment Weekly chose as Must Watch of The Week.

We grabbed a quick brain salad with Rachel to chat about the illustrious Screamfest and her varied career in film.

Tell us about the history of Screamfest Horror Film Festival. How did you start your journey?

I had just finished the documentary Fast Women and sold it to the WE network. Before it aired we did some festivals and won some awards. It was this festival experience that led me to start Screamfest as a way to give talented filmmakers in the genre a platform to showcase their work.

What other festivals were you inspired by?

From your past program, what are the top 5 movies we need to watch?

Tigers Are Not Afraid, House At The End Of Time, Before the Fall, Tres Dias, Tucker And Dale Vs. Evil, Trick ’r Treat

What 3 movies should everyone catch at this year’s edition of Screamfest?

From our first wave announcement you really shouldn’t miss Eat Brains Love, She Never Died, and The Wretched

What is the one movie that made you want to go into a career in film?

I cannot say there’s one defining film. I’ve always loved movies and wanted to work in an industry doing something I love.

Why should people attend Screamfest? 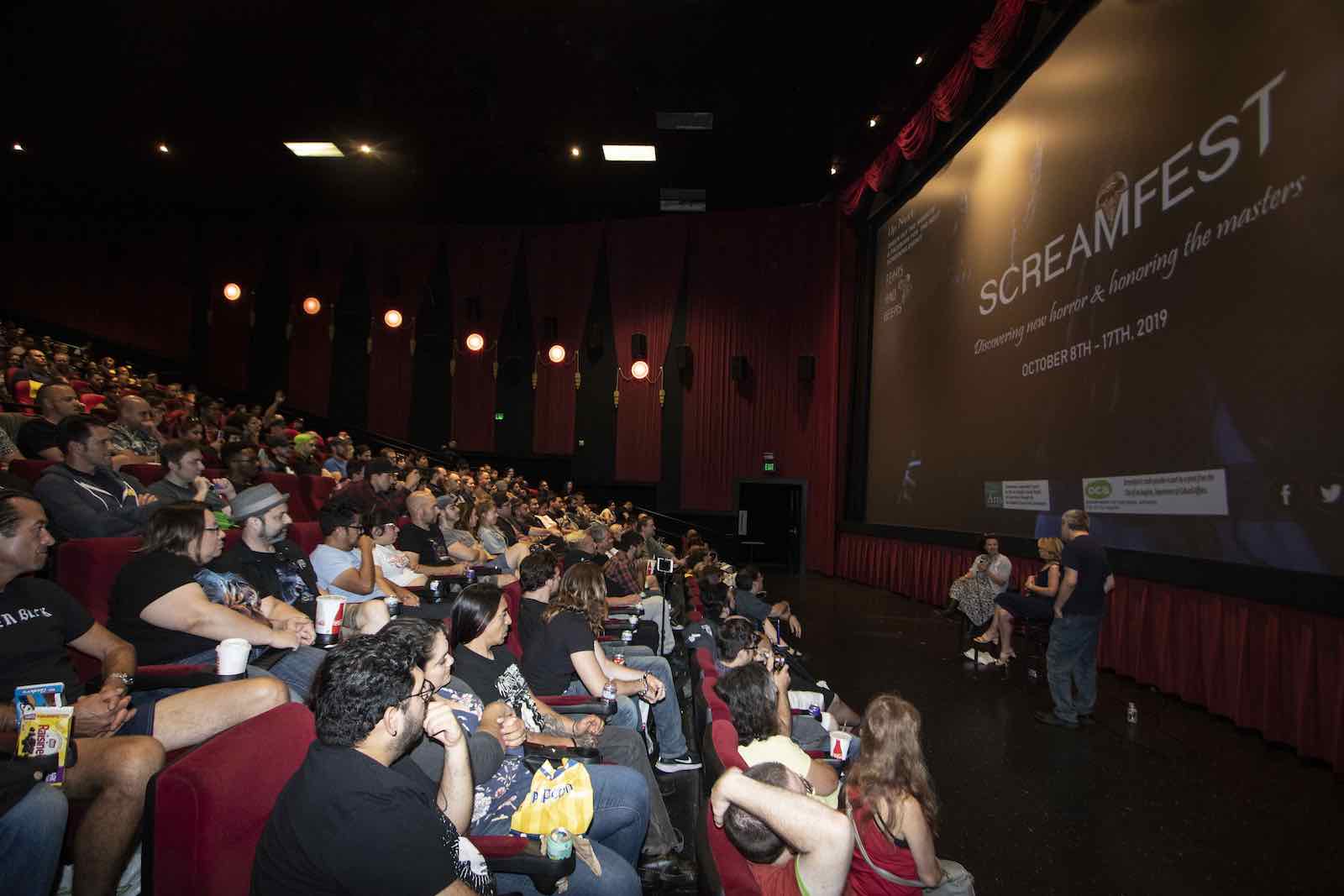 We don’t. We do have a YouTube channel, screamfestla, that has a lot of our past alumni short films on there.

Where did the concept come from for Screamfest?

The concept came from my own festival experience and desire to help filmmakers.

I would say our greatest success at the festival was the discovery of Paranormal Activity.

A team of us watch films from around the world. We seek great production value, acting, cinematography, etc.

Make the best movie you can. Focus on having a great, engaging story with solid actors. 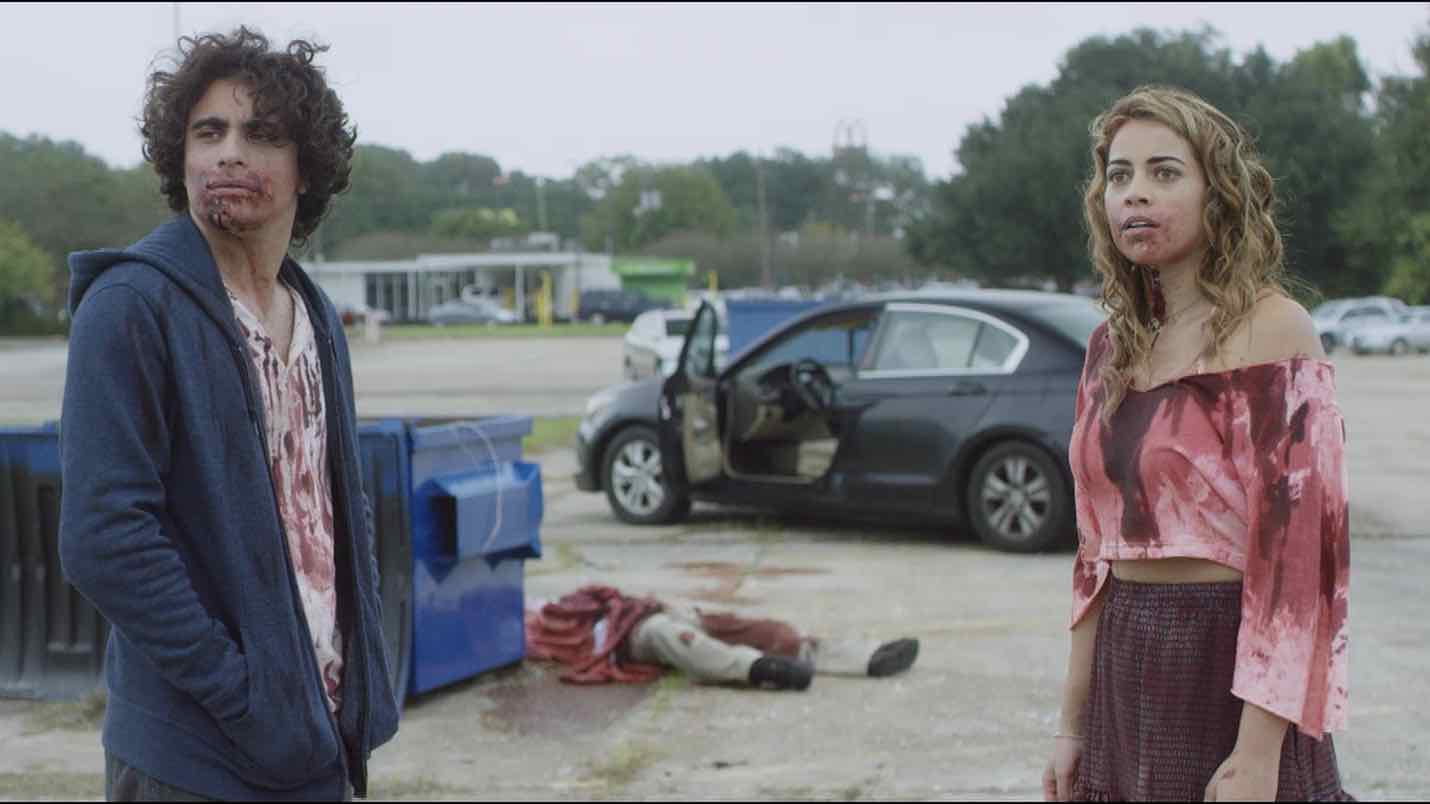 We do monthly screenings.

I recommend approaching someone who has done work you really admire and think you can learn from.

The core festival mission is to showcase new genre films from around the world. The most important thing we want viewers to experience at the festival is the diverse voices and cultures in filmmaking. 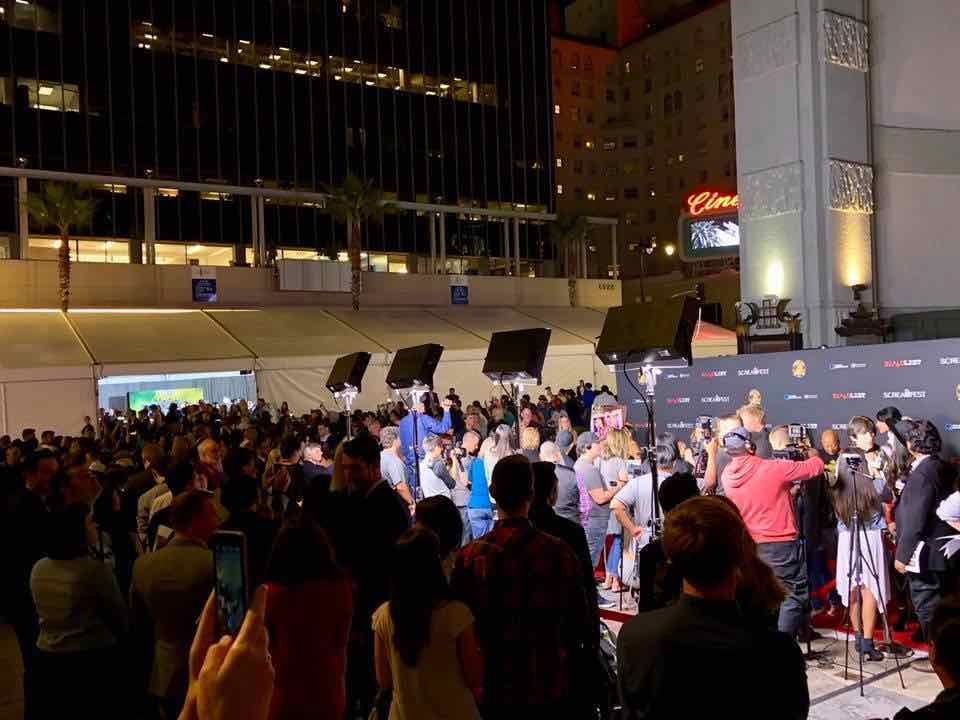 Here’s what everyone else says about Screamfest Horror Film Festival:

“Stands on its own two rotting feet as one of the funniest and most memorable teenage zombie movies we’ve seen in years. ⭑⭑⭑⭑”
—David Gelmini, Dread Central 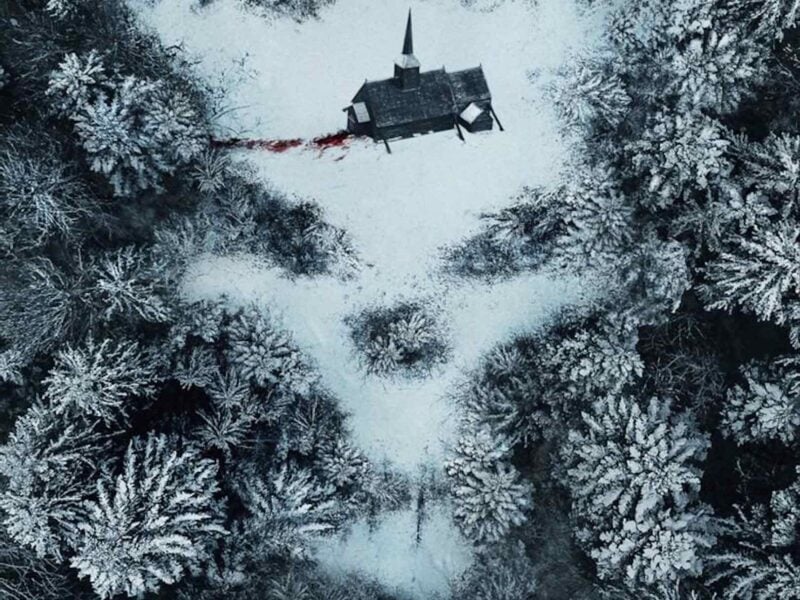