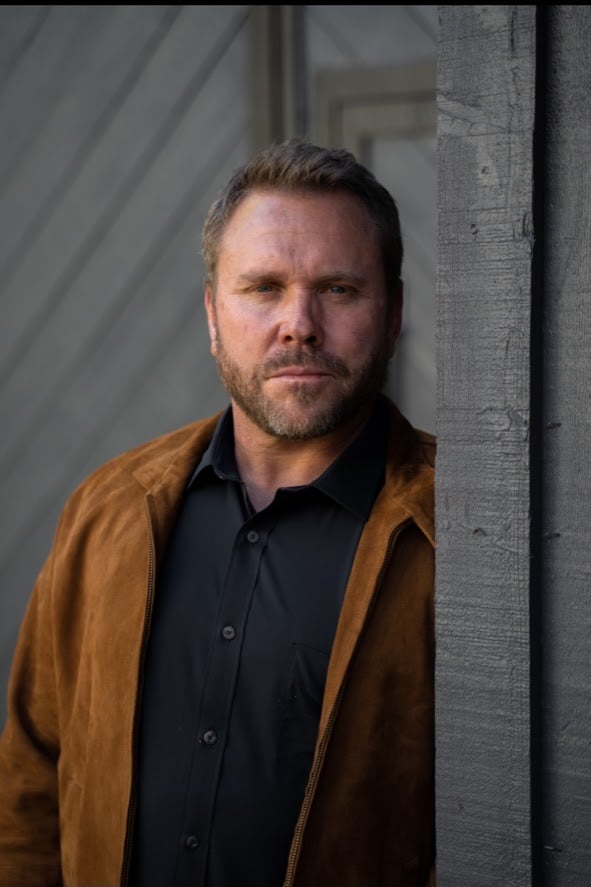 Roger Dorman is a busy man. The actor has gotten lots of attention for his turn as a racist cop in the indie satirical racial justice thriller Karen. He’s absolutely chilling in the role, which is a far cry from the characters he’s played in the indie drama Wander and the Lifetime mystery Cheer for Your Life.

Dorman, who’s also been a producer on films like Breach (starring Bruce Willis) and the aforementioned Wander, was gracious enough to sit down with Film Daily and discuss his varied career, his performance habits, and his desire to spread meaningful messages through his work. Here’s what he had to say: 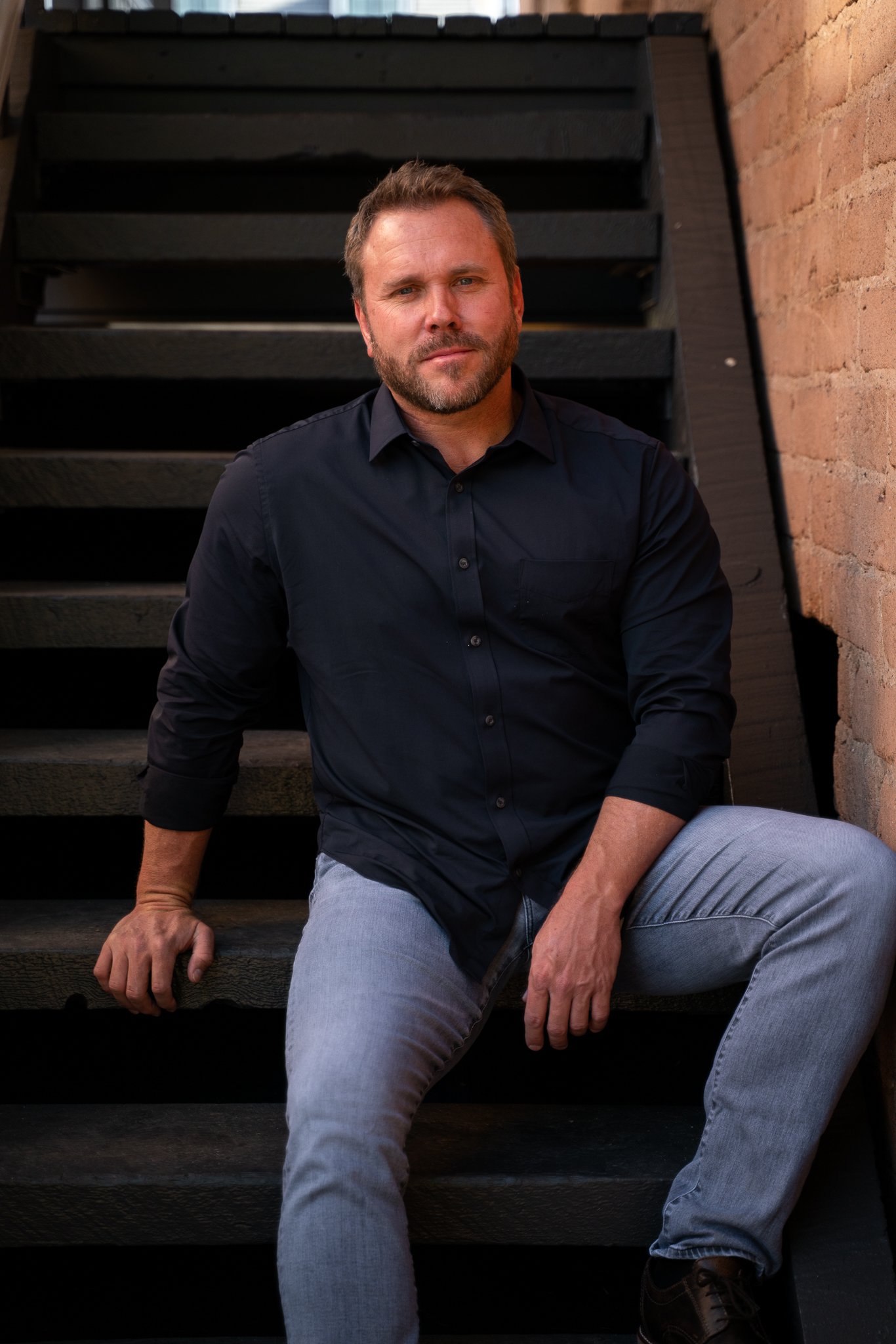 Tell us about your career leading up to the film business. How did you get here?

I’ve been a regular businessman until about four years ago when I met a film producer who invited me to be part of his movie. I started as a stockbroker right out of college. I’ve held many other titles and pursued different avenues of providing for myself and my family throughout my adult life. In the end, I’ve found working for myself has been the best avenue for me.

As far as how I got here, I went to dinner with a gentleman one evening after attending a shareholder meeting with the board of directors of a publicly-traded gold company. He looked at me across the table and said, “I’ve got a part in a movie I want you to play.” After I responded that I had zero experience in acting besides being the lead in my kindergarten Christmas play, he smiled and told me he needed me to be a luxury yacht captain and felt I was perfect for the role. The rest is history.

What was it that made you decide to go into filmmaking?

Quite honestly, it was simply the opportunity given to me. Once I dug into preparing for my first role as an actor, I was hooked. There’s nothing more satisfying for someone interested in acting than to be told you are the person for the job and that the producers believe in you. Then to work hard and pull off what you were asked to do, is very liberating and satisfying.

You’ve worked as a producer on a number of projects. What do most people not in the business misunderstand about a producer’s role?

Each producer has a different role. One may be responsible for casting for the film. Another may be in charge of bringing financing to the project. At the same time, another may be tasked with handling the entire production on set. All have a different role, similar to any company with marketing, sales, and operations executives. Also, many don’t realize that Executive Producers simply invest money into the film’s production. They aren’t involved more than as passive investors who believed in it enough to invest their money into the film.

How does it feel to act in a film you’re also producing? Is it challenging to wear multiple hats on a production?

As I have done it, it hasn’t been difficult. I was given the opportunity to invest in a couple of the projects I’ve participated in.

Does working as an actor influence your work as a producer and vice versa?

No question, it impacts my work as both a producer and actor. It’s such a tremendous advantage to be working on the business side of the movie industry.  I’m able to deliver in a way for producers that most actors probably aren’t even aware of. Also, as I come from the business side of movies and the business world, I can easily relate to the producers.

Your current project, Karen, explores the issue of police brutality in an authentic way. Was it important to you to be a part of a project tackling real social issues?

That’s why I read for the role and sent in an audition tape to obtain it. As actors, we always want to be challenged to do things beyond what we naturally are in our lives—in this case, participating in such a meaningful film that continues the dialogue while also being challenged. I feel very honored. In my sheltered small-town world, I haven’t had to address such issues much in my life. I guess this was my way of helping add value to such a meaningful message and topic.

How did the sensitive nature of the film’s content change your approach to the work?

Well, I had to tap into the emotional resources of my life. I’ve had no experience with any situation personally where I’ve been racist or been confronted with or involved in a racial issue in my life. I had to find other emotional problems in my life that matched those emotions that were required for the various scenes and lines within the movie. Each required anger, impatience, judgment, fear, and such in different ways. I matched each scene to actual situations from my own life to bring the emotions needed to deliver an authentic performance.

I didn’t know how far to take each scene. The set, at times, got pretty loose and off-script as emotions rose. I had every name in the book thrown at me by my amazing costars. I didn’t feel I could be as equally free to do the same.

At one point, I remember speaking with both Cory Hardrict (Malik) and Coke Daniels (Director) about using similar demeaning terms to equal the levels of anger being thrown at my character. Fortunately, I was given excellent advice by them and others on set that allowed me to navigate the whole situation better. I feel my emotions and acting delivered the message without needing to stoop that low. 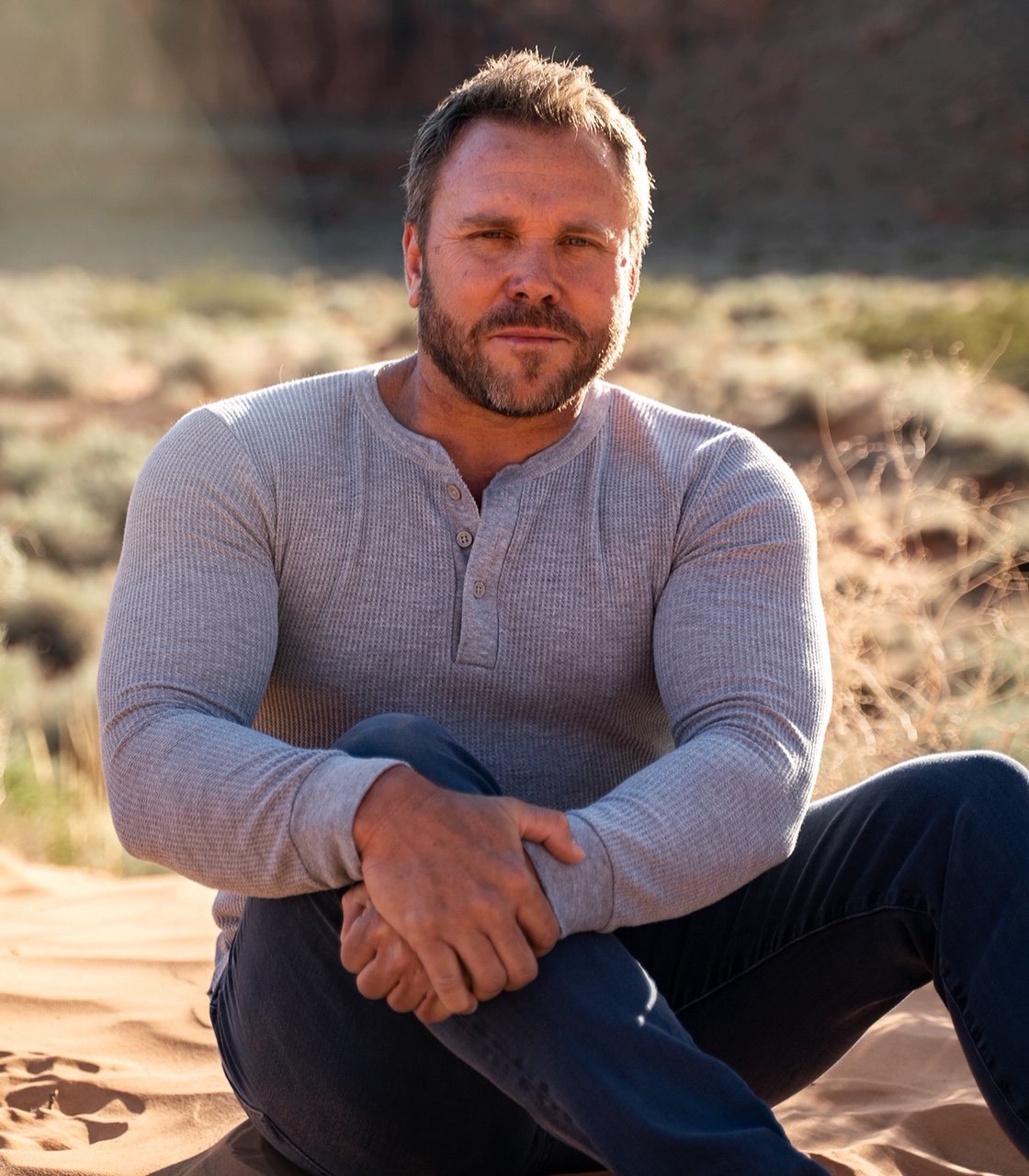 What do you hope the impact of Karen will be?

I hope it gives all who have experienced discrimination hope that the message of racism and police brutality are all being delivered, even by the film industry. I hope those watching, even those complex scenes, can check themselves and consider how the film makes them feel. I hope it helps in the overall effort to bring about positive lasting change.

You’re also in the Lifetime film Cheer for Your Life. Can you tell us how you got involved with that project?

The opportunity was presented to me during the pandemic by my producing partner and friend, Mary Aloe. There was an excellent role in there for me, and I was happy to take it. Due to several other projects being put on hold during the pandemic, I was grateful to be part of it. I just wanted to get back to work as an actor and feel somewhat normal during that slow film industry in 2020.

In some ways, a murder mystery is a lighter story than that of Karen. Are you a big fan of mysteries and horror?

I’m more of an action-adventure, sci-fi, and fantasy guy. I like the way thrillers and mysteries get my mind thinking, but I think it has just been a coincidence that I’ve been cast in such roles.

What’s been the biggest success of your career so far?

I think having pulled off the role of Officer Mike Wind in Karen, where I was asked to be racist and brutal in a believable way, was definitely my biggest win to date. I spent considerable time preparing for that role, and it took every moment of my time and dedication to pull it off. 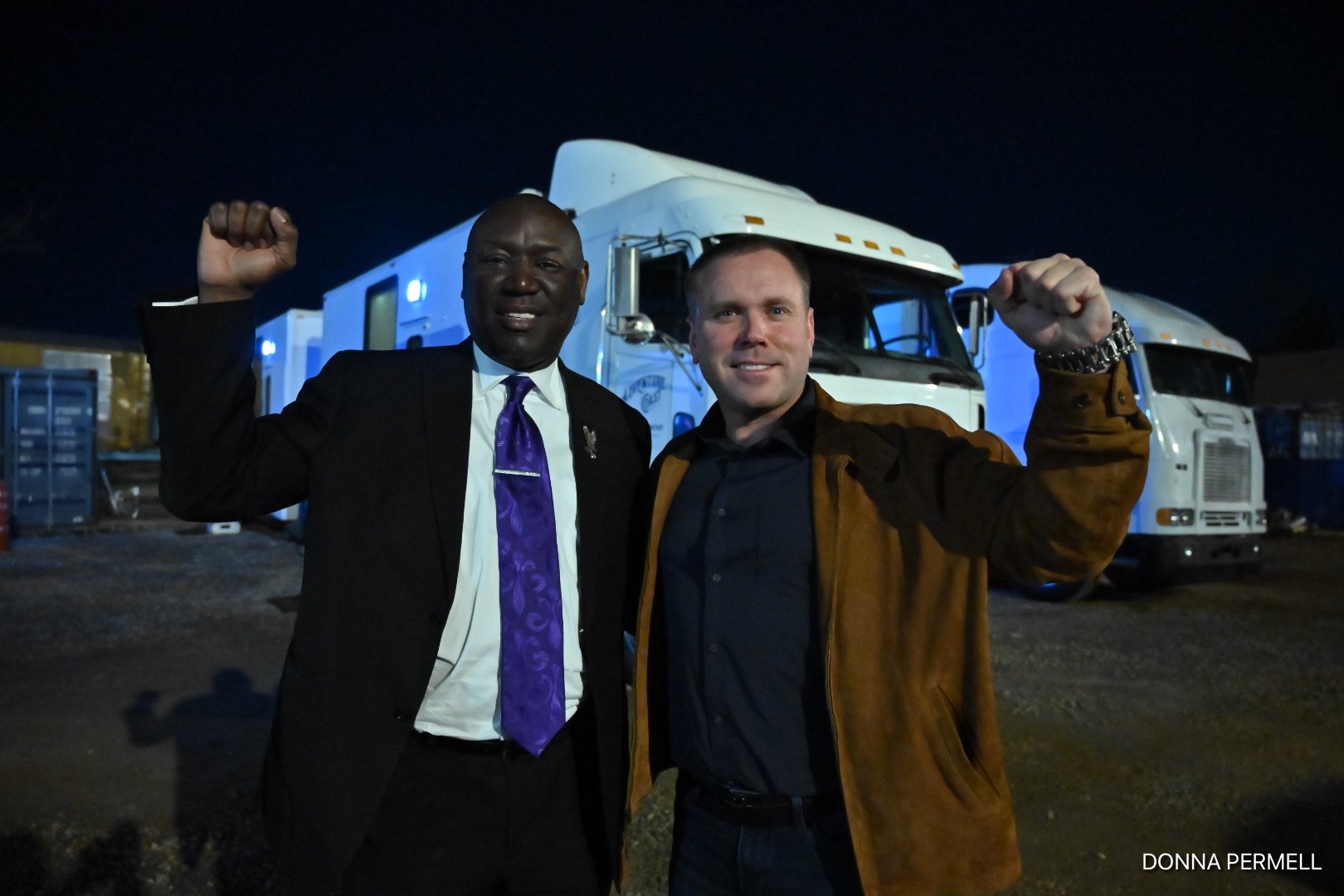 What’s been your biggest challenge?

Having come from the business world, I have had the most challenging time getting used to the film industry, constantly moving deadlines and start times. Films are always being pushed back, delayed, or even canceled due to one reason or another. I’ve learned patience being in this business. That certainly is like none other.

How do you decide which projects you’re going to take on?

It’s a combination of opportunity presenting itself to me, timing, and finally, if I like the role or feel it’s meaningful. Unless I can have a project meet all three, I probably won’t be involved.

What’s your favorite movie, and what did it teach you about filmmaking?

I have two favorite movies. I love the movies “Inception” and “Interstellar.” Not only was the acting amazing in both films, but to pull off all that they did must’ve been a monumental effort from start to finish. From initial writing and concept to filming capital fundraising, production, editing, and finally to distribution, they must’ve been so difficult to bring to fruition. My hat is off to both productions.

Who are some of your current influences as an actor and as a producer?

My most significant influence as a producer is my close friend and mentor, Mary Aloe of Aloe Entertainment. She has shown me through example and experience all that is required to bring a meaningful production to completion. As far as being an actor, I can only speak of my incredible acting coach Susana Morris of the Eric Morris Actors Workshop. She is a fantastic person and such a lovely soul and teacher. 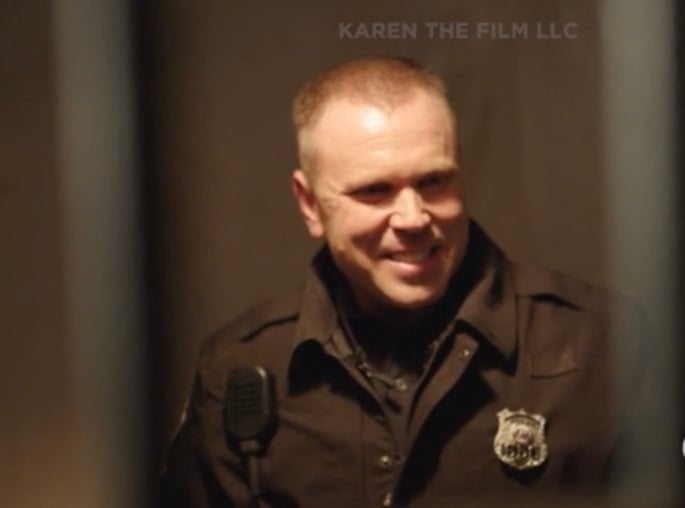 What are five shows you think everyone should watch this year?

I’ve loved All American on Netflix. What a gritty, heartfelt, and profound series outlying many inner-city issues kids deal with when pursuing their athletic and entertainment dreams. Nine Perfect Strangers on Hulu blew my mind. The acting was so good and believable for me!

I could relate in one way or another with every main character on that show. It was so well done. I love Yellowstone on Amazon Prime. I can’t say enough good things about it! Also, Outlander, The Queens Gambit, and Squid Game are must-watch shows for sure.

What kinds of projects are still on your movie-making bucket list?

I’d love to be part of a “band of brothers” type of movie. I am a physical person who likes to be active. I’m a guy’s guy, and I think it would be a lot of fun to mix it up with others like me. I’d also love to be involved in an action-adventure or sci-fi thriller of some sort.

I love the creativity and diversity of the film industry. I look forward to many other opportunities to be involved in unique roles and stories.

Do you have any advice for people who are just starting to enter the world of filmmaking?

Be dependable! If you want it, regardless of your talent, looks, training, or experience, you have to bring it every single time. Every audition tape, every opportunity must be performed with your very best intentions. This professional business will chew you up and spit you out no matter who you are if they sense you don’t respect the work and show up unprepared or take an opportunity lightly.

I wish to act in and produce several large productions. I’m involved with a few projects at the moment. It will be nice to have them come out to show what I and those I work with can do to the world. This is so fun! I don’t think I’ll ever get bored in this business. 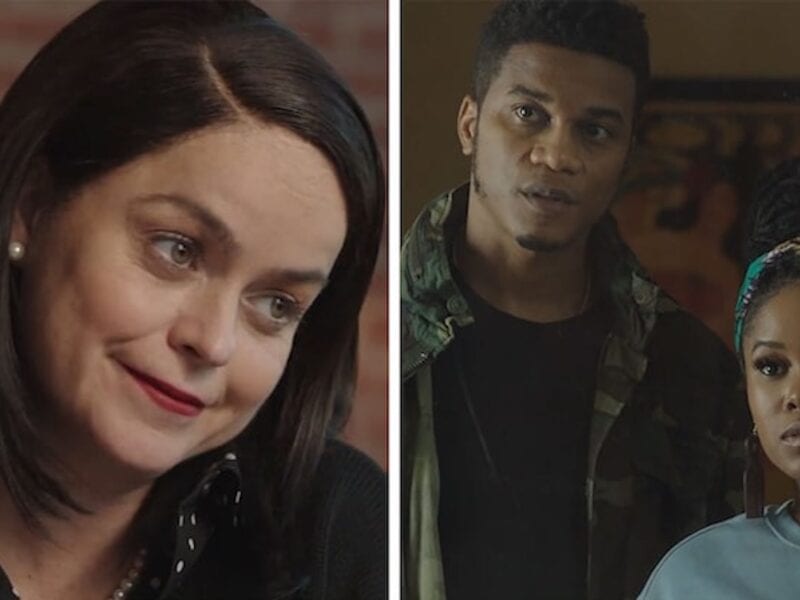