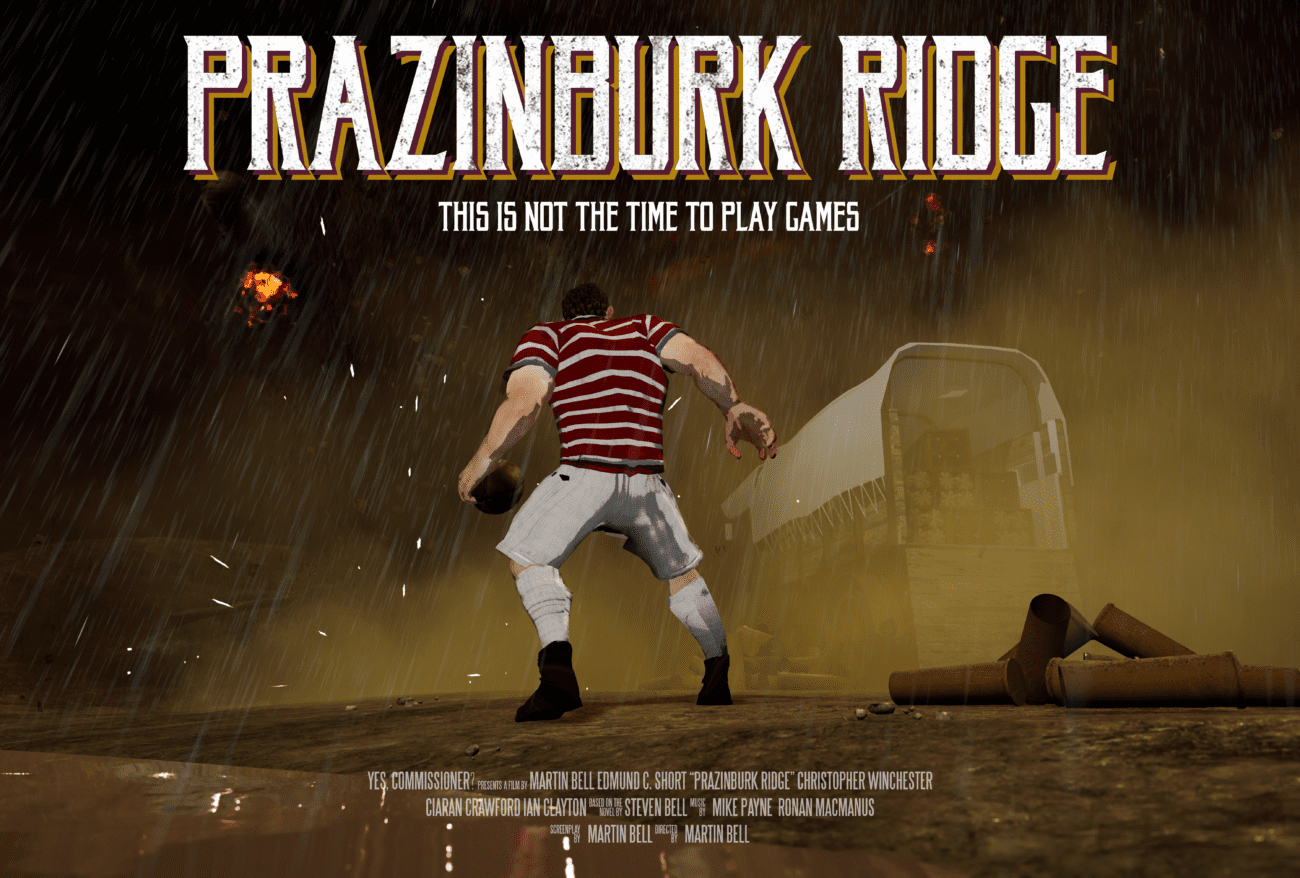 British animator and previs supervisor, Martin Bell, has released a 10-minute short film completed in his spare time over recent months. Prazinburk Ridge, an animated WW1 action-drama, is based on the true story of British rugby legend Douglas Clark and his time on the Belgian battlefields, and makes use of a combination of cutting-edge Virtual Production techniques.

The film is available to watch for free at http://www.duggyclark.com and will soon start a festival run beginning with the Wigan & Leigh Film Festival, not far from where Clark was born, on September 24th 2022. Let’s take a closer look into what went into creating the film and getting it out onto the festival circuit. 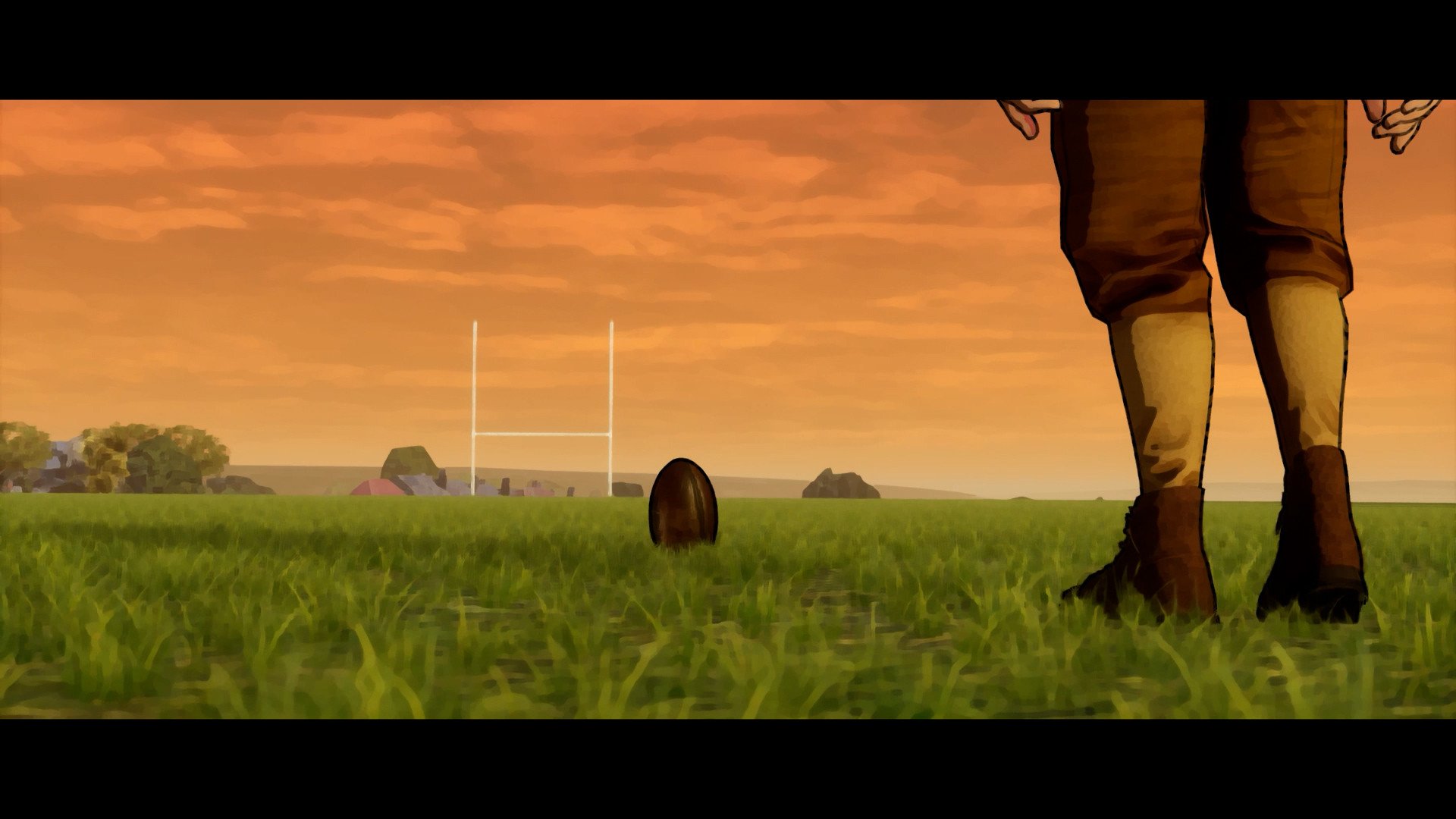 We were lucky enough to snatch an early press release before the film makes its way to the festival circuit and learned some pretty interesting details.

In 1916, with the first World War upon Britain and his international sporting career cut short, Yorkshire rugby hero Douglas Clark enlisted in the army. In 1917, he found himself on the mud-soaked battlefields of Ypres, in Belgium, during the Battle of Passchendaele.

As part of the Army Service Corps, he was tasked to deliver munitions to artillery batteries shelling the front lines. During one fateful ammo drop, his team were attacked with gas and shell, and Clark had to rely on his old rugby training to save himself and his fellow soldiers. He would never be the same again.

What follows is a beautiful CGI driven story that utilizes the best features of the latest iteration of the video game juggernaut that is Unreal Engine. With textures and atmospheres that make much of the film a surreal yet hyperreal sight to the eyes, it seems increasingly likely that the film will turn heads and demand applause come festival season. 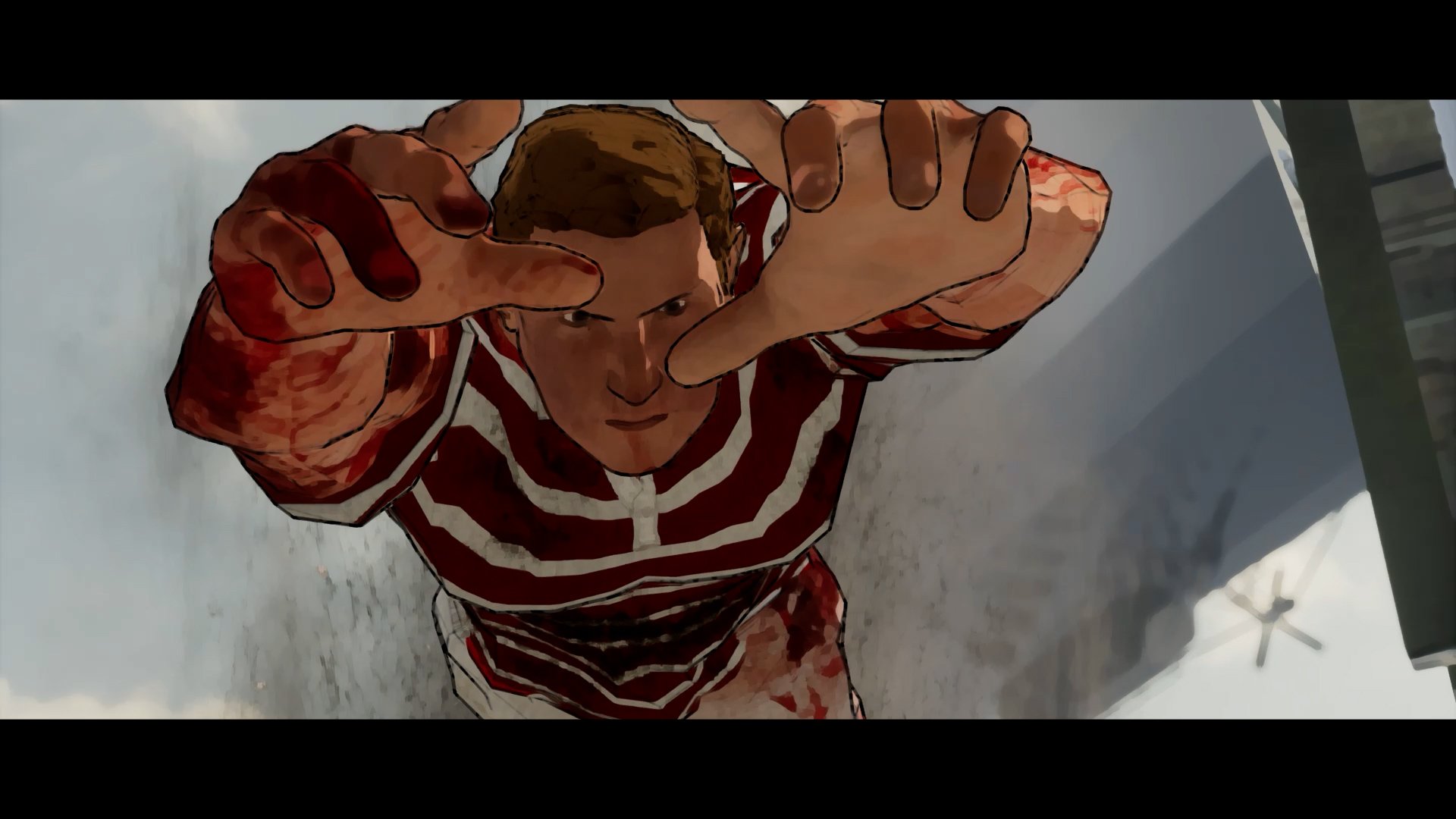 Based on a true story, Prazinburk Ridge is Martin Bell’s first proper animated short after almost two decades in the computer graphics industry. Now a film visualisation supervisor, his credits include Jurassic World, No Time To Die, 1917, And The Wheel Of Time. Most recently he was Visualisation Supervisor on Batgirl.

With little-to-no budget, and Bell as the only visual artist, Prazinburk Ridge was made possible by utilising commercially-available assets and cutting-edge techniques such as a real-time pipeline in Unreal Engine with live dynamics and simulation, alongside motion/performance capture as well as more common animation practices.

With his extensive background in visuals alongside his experience designing action sequences for blockbuster movies, it was easy for Bell to make use of Unreal Engine’s – with unique post-processing effects, live dynamics and simulation, performance and motion capture, as well as more traditional character animation techniques.

Animator Bell, whose 20+ film visualisation credits also include Batgirl, 1917, No Time to Die, and the Jurassic World franchise, says his real-time workflow in Unreal Engine have enabled him to create such an ambitious short by himself.

In fact, Bell is the only visual artist involved, and as such completed the film in a relatively short period of time – and with virtually no budget. “I came up with a look that would hide some of my weaknesses as an artist, and a workflow that enabled the story to be told with the resources available,” he says.

It was actually Bell’s brother, Steven, that originally uncovered the almost-forgotten story of Duggy. Duggy would soon become the subject of Bell’s second book via Pitch Publishing – The Man of All Talents: The Extraordinary Life of Douglas Clark. Together, the brothers became the biggest fans of the larger-than-life British legend. Both the book and short film have been endorsed by Clark’s estate.

Which festivals would you like Bell to take this film? What other projects would you like to see Bell take on utilizing Unreal Engine? Which project do you think has what it takes to make it to the Oscar red carpet? Let us know in the comments!