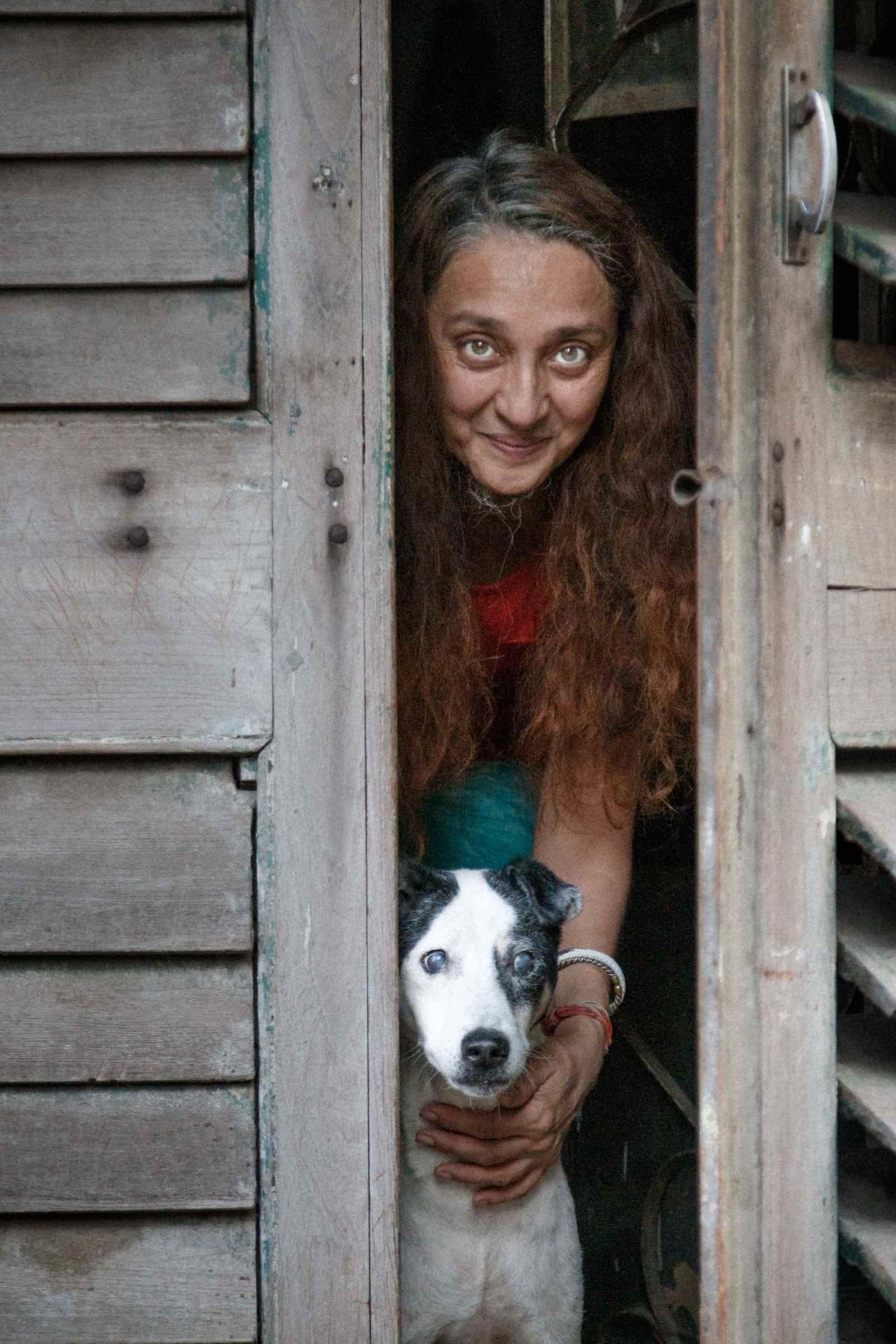 Focusing on the unsung heroes of the city of Kolkata, India, Pariah Dog is one of the documentaries making its Australian premiere at the Melbourne Documentary Film Festival. Today, we highlight the film itself and the message brought forward.

The film spans three years in Kolkata, focusing on the street dogs of the city and their caretakers. Pariah Dog paints the city of Kolkata through the eyes of the four caretakers profiled: their mission is documented closely as they work to save the impoverished dogs.

The caretakers featured chose this life for one reason or another, but they all have the same goal in mind: helping the dogs who suffer so much. They find companionship in the dogs and work to save them from the horror of the streets. But Pariah Dog isn’t just about dogs.

Pariah Dog also focuses on the caretakers’ lives & motivations. The people who take care of these dogs are sometimes seen as pariahs (outsiders) themselves. Some of the caretakers see that they’ve fulfilled their life purpose – while others yearn for more. 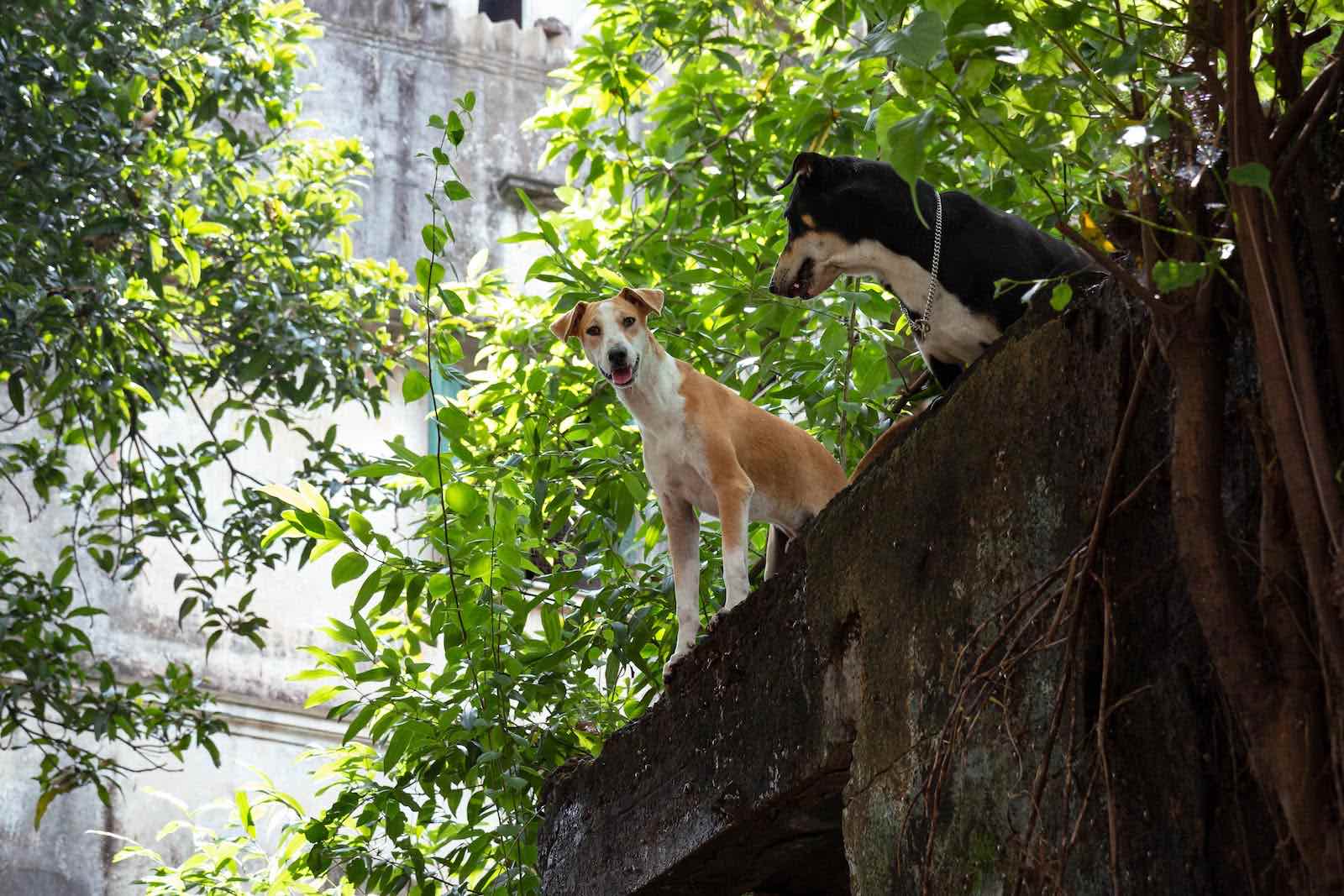 Kolkata itself is a character in Pariah Dog, as the city grows more modern over the three years of shooting. The rapid changes affect the dogs more than anything else, which raises questions: is it sustainable for these dogs to live in a modern city? Can they survive the changes coming forward?

We were lucky enough to interview director, cinematography, and producer Jesse Alk about Pariah Dog and its Australian premiere at the Melbourne Documentary Film Festival. 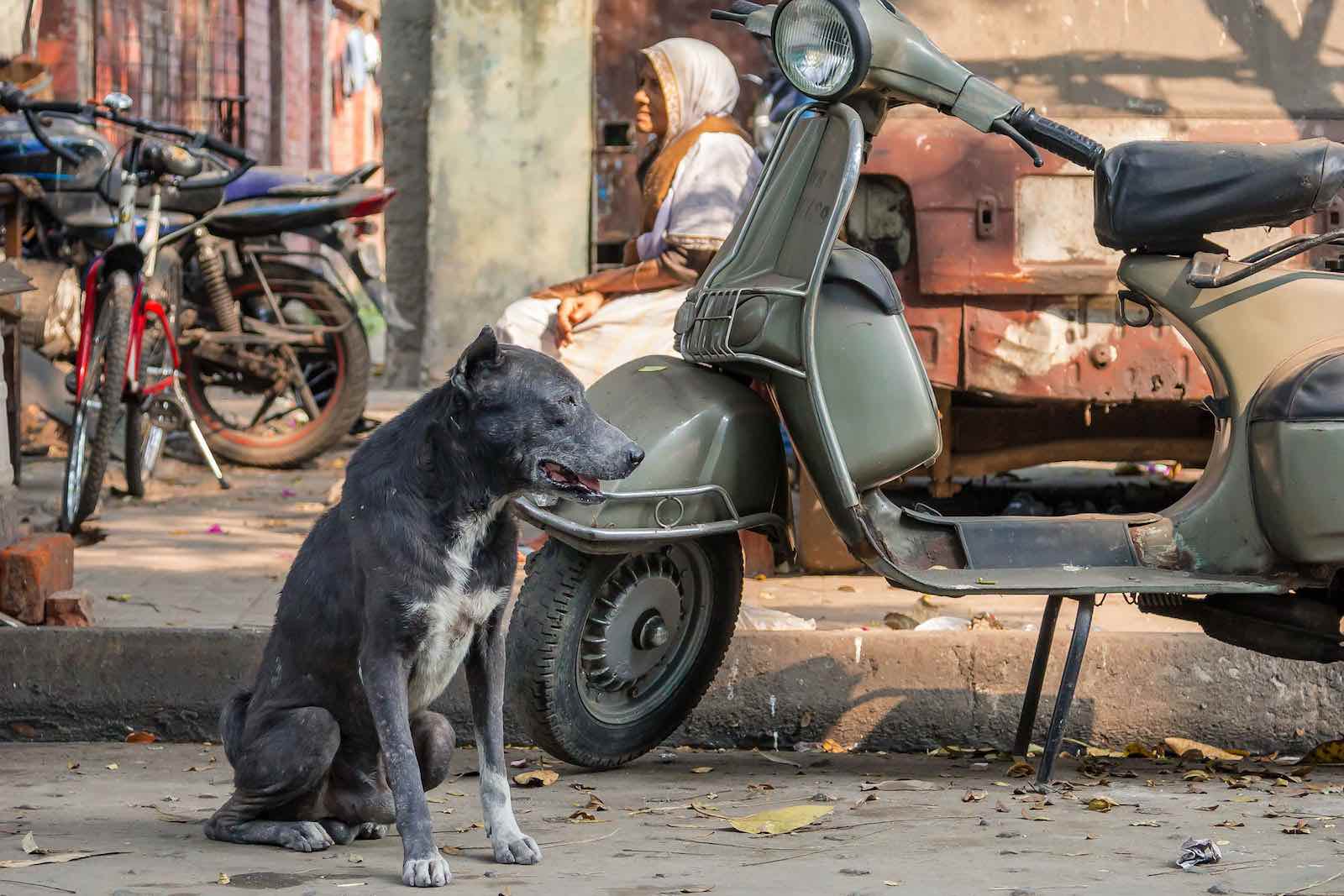 Where did you get the idea for Pariah Dog?

I began visiting Kolkata in 2010, and the street dogs always interested me. There’s an element of nature in urban India that we are less accustomed to seeing in the United States. The way trees grow out of the cracks in the sides of buildings, the endless crows gathering together to meet about some unknown topic, and of course the dogs, all somehow inspired me creatively – and of course, in the case of the dogs, also evoked great sympathy.

My initial intention was to make a film that focused solely on Kolkata’s street dogs which would try to evoke the omnipresent, but in some ways unseen, parallel society in which they operate. But when I met one of our stars, Subrata Das, an autorickshaw driver who feeds seventy dogs across the city every day, my thinking about the project changed.

The film became much more about the humans who love the street dogs, and who could also be considered pariahs in some way – or at least outsiders to mainstream Bengali culture. So during the casting and throughout production we were thinking about these issues.

Who is an insider and who is an outsider? What does it mean to live in a city where you don’t completely belong? What type of person is typical of the idiosyncrasy that is such a big part of Kolkata’s charm, but who is also in some way unseen or unrecognized?

Additionally, I was looking for people who were either engaging with the dogs on an existential level: questioning why the world is filled with suffering and unable to accept it, or desperately trying to fill voids in their own lives with this mission of becoming a champion of stray dogs. 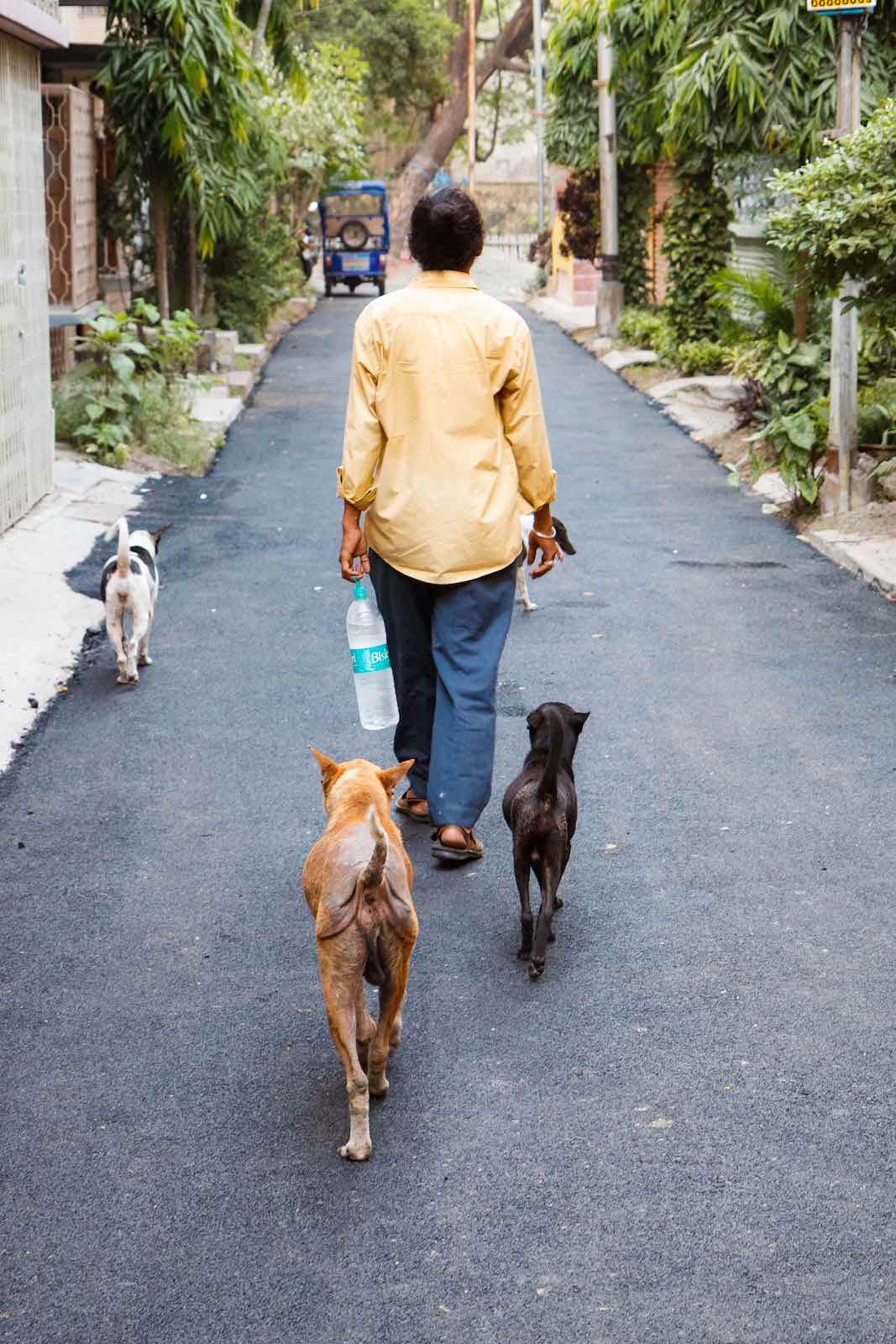 When did you begin production on Pariah Dog?

My first scouting trip was in February 2014. Coincidentally, the film premiered at the Big Sky Documentary Film Festival in February 2019, so Pariah Dog took almost exactly five years to complete, start to finish.

Pariah Dog is really a present-tense film, so no archival material. I appreciate films which incorporate archival material, especially some of the more interesting ways in which it’s been done recently. But for me personally, the magic is in the present moment. 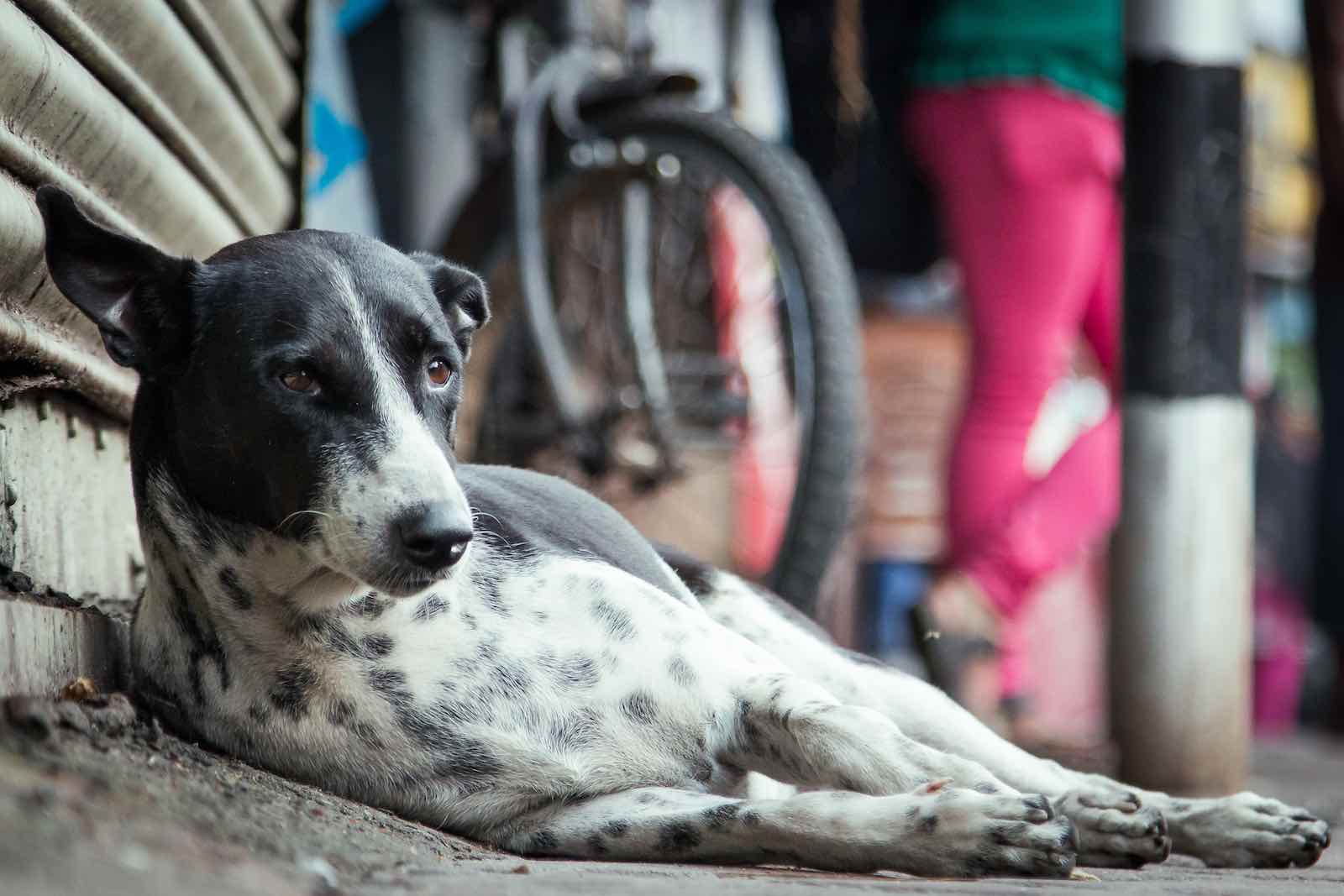 Why is it important that Pariah Dog’s story is told now?

Honestly, I’ve always hoped that the film would be a bit timeless. Pariah Dog centers around loneliness, compassion (or lack of compassion), personal fulfillment, and the search for a meaningful life: all universal themes. That said, I think we’ve captured a moment in which Kolkata in particular is undergoing rapid change, even down to the physical reality of the city.

Old heritage buildings are being torn down every day and replaced with soulless glass and concrete storefronts. In twenty years, the city may be unrecognizable. The city itself is a main character in the film, and I’m happy we were able to preserve a bit of it in its current incarnation.

In relation to the street dogs, there is a lot of disagreement right now about their place in the future of India. Can a modern India exist alongside street dogs? Do the dogs have their own rights as a native breed that has remained in a semi-domesticated state for thousands of years?

This is a touchy subject with a lot of anger on all sides, but I hope that seeing the people in Pariah Dog dedicate themselves to improving the lives of these dogs may at least shift people’s perceptions a bit as the discussion moves forward. 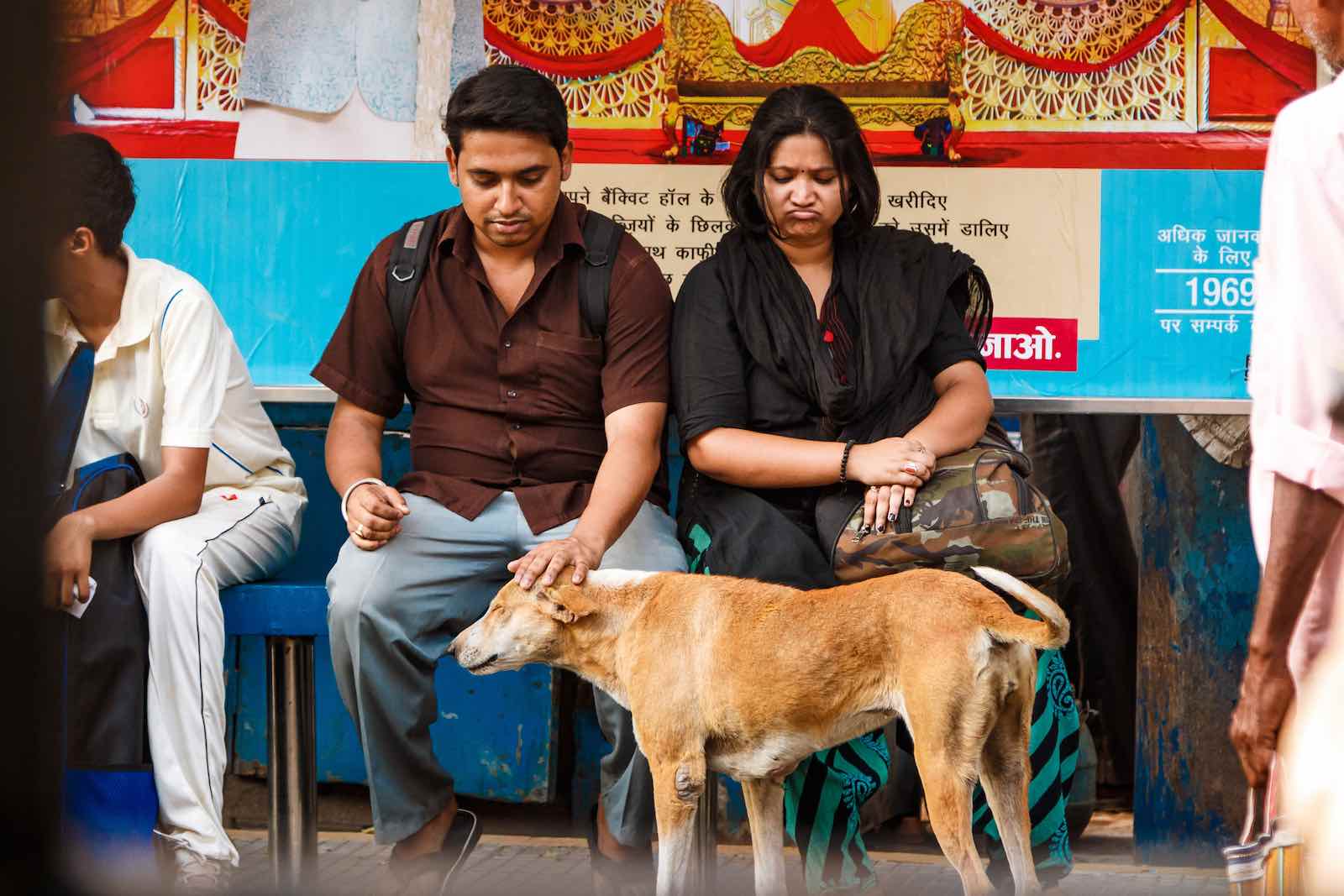 Pariah Dog will have its Australian premiere at MDFF. The film plays at Cinema Nova, Melbourne on July 23rd at 20:45. This is my first film and it’s a great honor to have it travel to the Melbourne Doc Fest. This will be the third continent the film has played on, with an Asian premiere soon to be announced – making it four, so that’s pretty exciting.

I haven’t personally had the opportunity to visit Australia, and I’m probably underwatched in regards to the current indie scene. I think a lot of us really enjoyed films like Animal Kingdom and Snowtown, and haven’t had the chance to go much deeper. I thought Sherpa was a fantastic film, and long ago Cane Toads totally changed what I thought a documentary could be.

But I always feel that there is probably interesting work happening in Australia which I am somehow not accessing, so I think it’s great that MDFF makes sure that Australian films are properly represented in the selections. I’ve heard rumblings that it’s very difficult for Australian indie films to break into the main non-specialized film festivals in Australia if they already don’t have support, so that can be tough on smaller films. 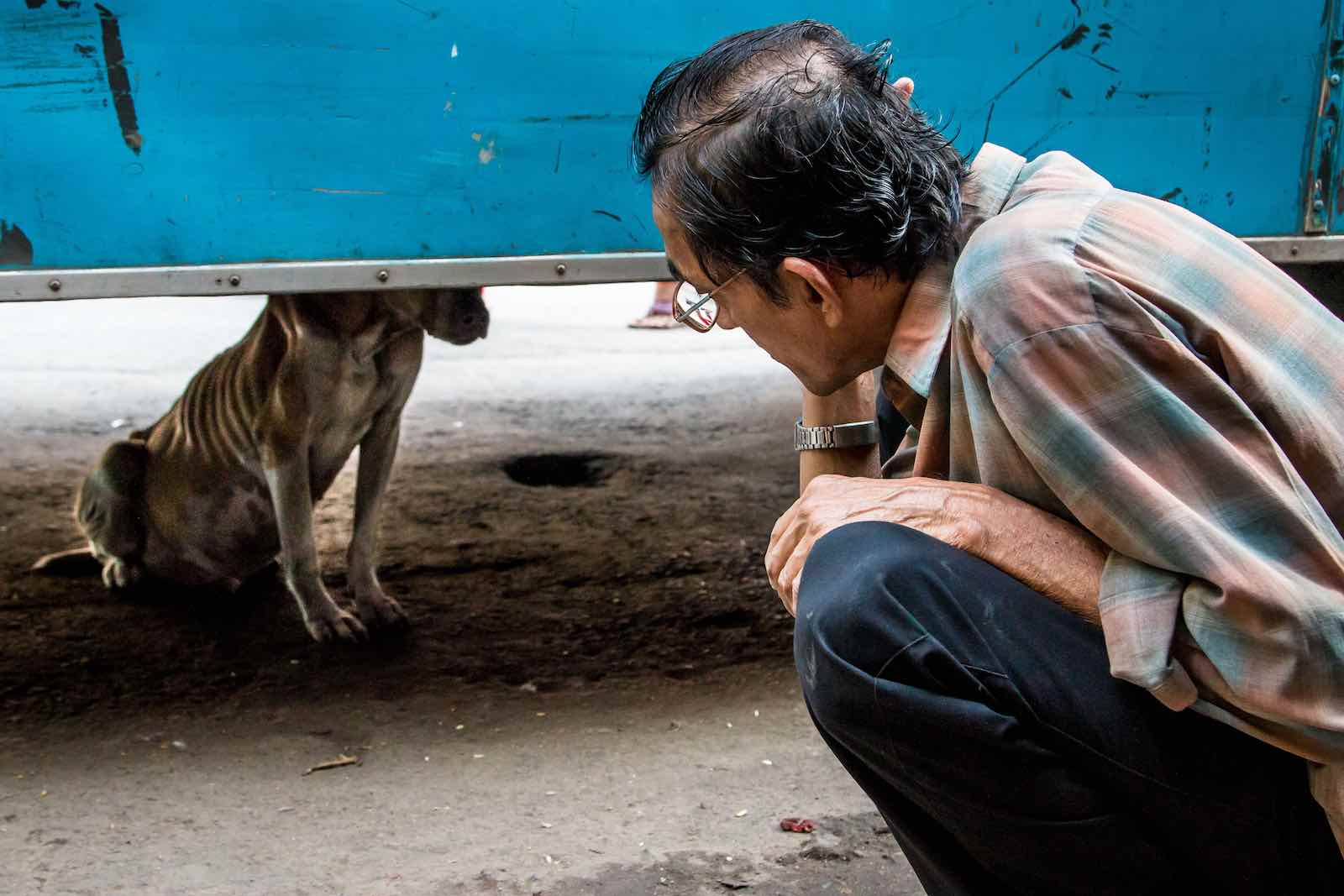 Right now I’m very focused on the Pariah Dog festival run, so there is not much time to plan what’s next. It’s tough, because documentary isn’t something you dream up in your bedroom. You have to go out and get your hands dirty, see things for yourself and take inspiration from your experiences and the people you meet and the places you see.

This is especially true if you are interested in telling stories that are happening in the current moment, and aren’t interview-based.

I have some ideas, but until I have the time and resources to start doing the real legwork on the next project, it’s all fantasy. And as with every doc filmmaker, funding is a serious issue. I really have no idea how I’ll be able to finance my next film. 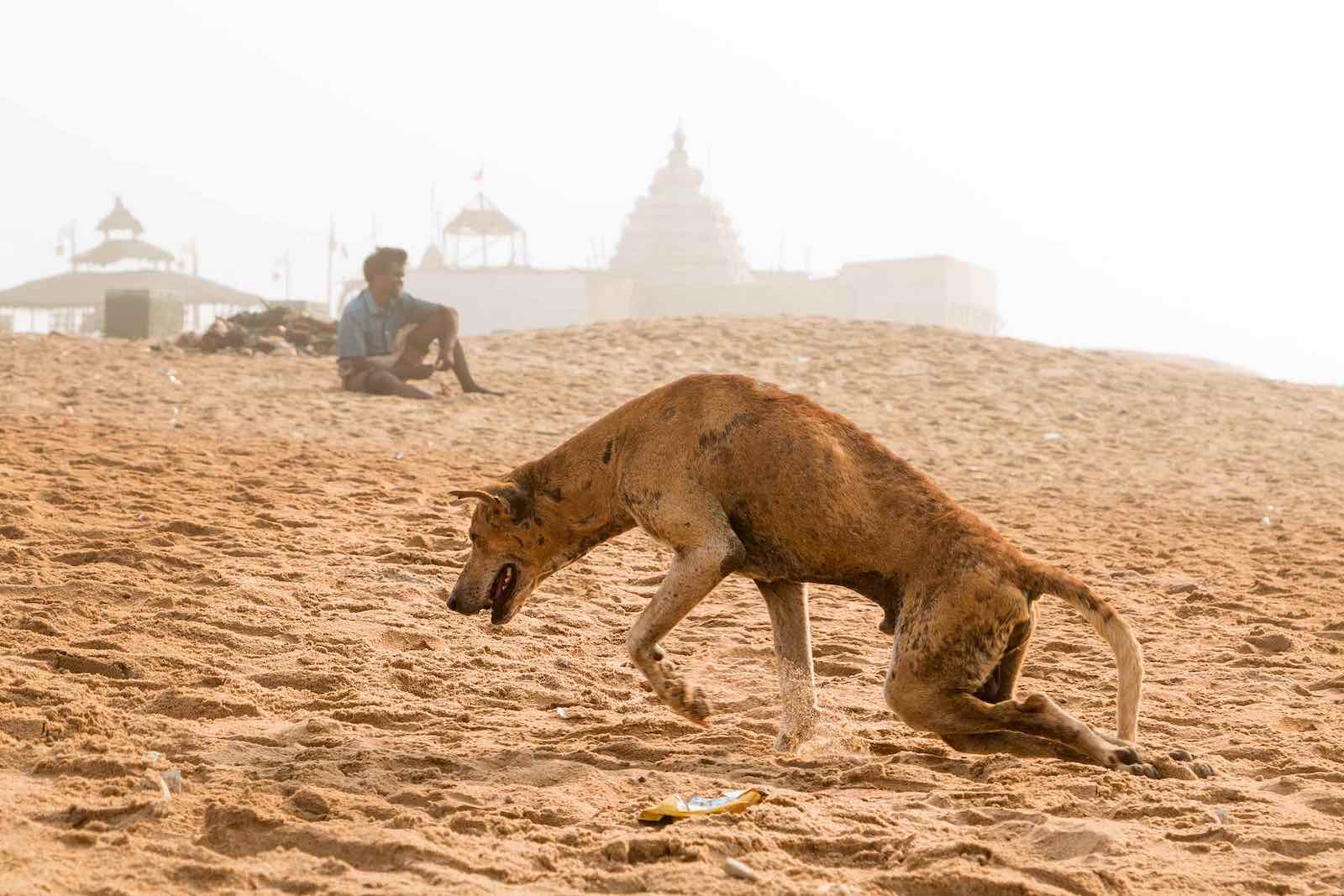 Where can our readers see Pariah Dog?

Up next is the Melbourne Documentary Film Festival, July 23rd at Cinema Nova, at 20:45. After that the film will be coming back to an as-yet-unnamed festival in California, then DOCUTAH in St. George, Utah, USA.

We have about five other acceptances we can’t publicize yet, and most likely a lot more coming in, so follow along on our Facebook page and we’ll be announcing dates as they become available. We’re hoping for a VOD release some time in early- to mid-2020.