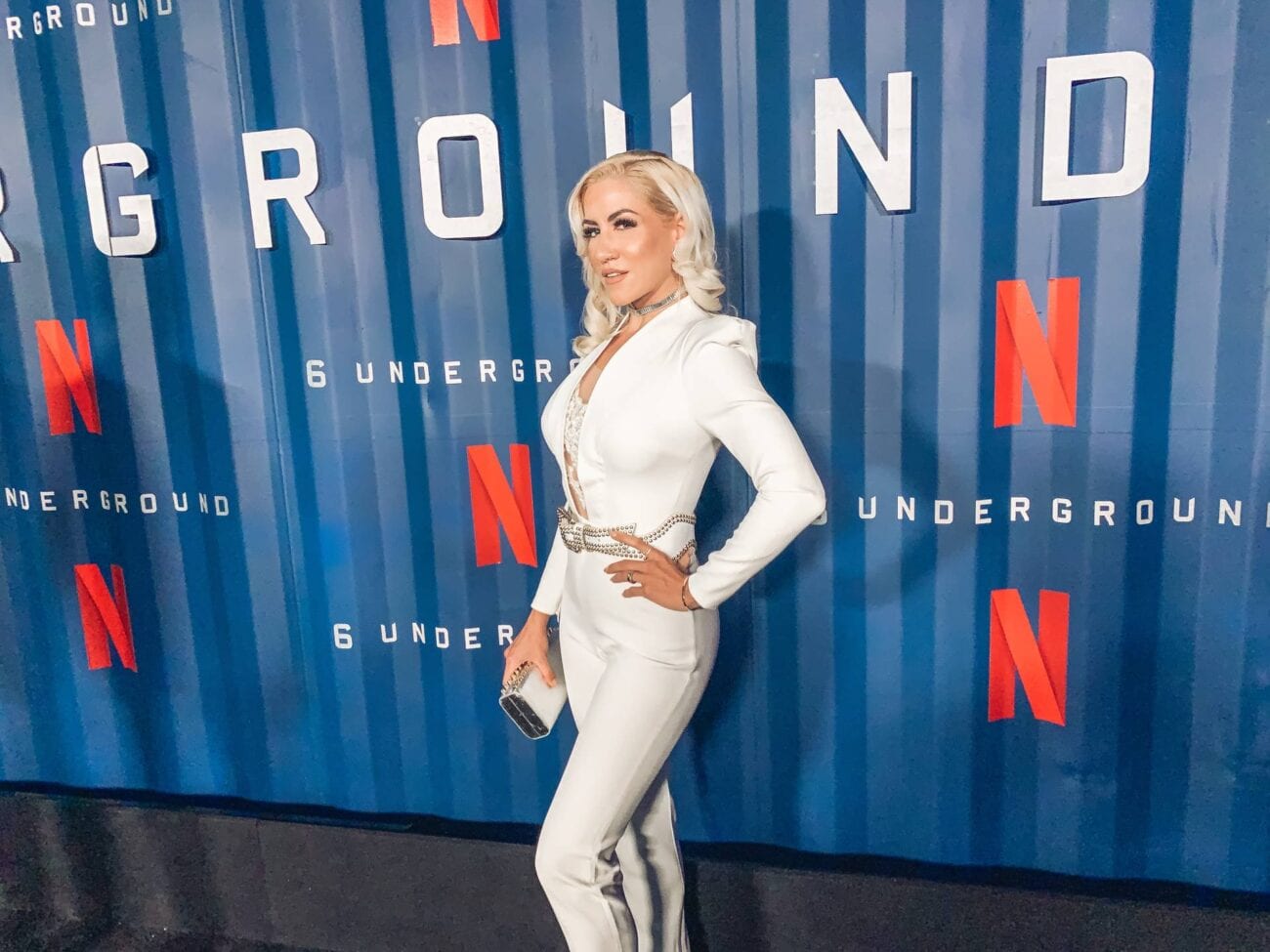 Mercy is a one-of-a-kind talent. She was born to a rock musician and a second-generation circus runaway in Sun Valley, California, and she displayed a talent for performance at an early age. She began composing her own music at six years old, and she made her film debut in the classic family comedy Stuart Little.

After brief sojourns in New Mexico and Las Vegas (where she made money singing covers of pop songs), Mercy eventually returned to California, where she worked her way through a dual degree in Forensic Anthropology and Psychology and a thriving career as the star/owner of the circus roadshow Bio Dolls.

More recently, Mercy has branched out into music and movies. Her music was featured in the Indian blockbuster SAAHO and she’s set to have supporting roles in Matrix Revolutions opposite Keanu Reeves, as well as Uncharted opposite Mark Wahlberg and Tom Holland.

Film Daily had the pleasure of chatting with Mercy about her staggeringly diverse career, her passion for music, and her plans for the future. Here’s what she had to say: 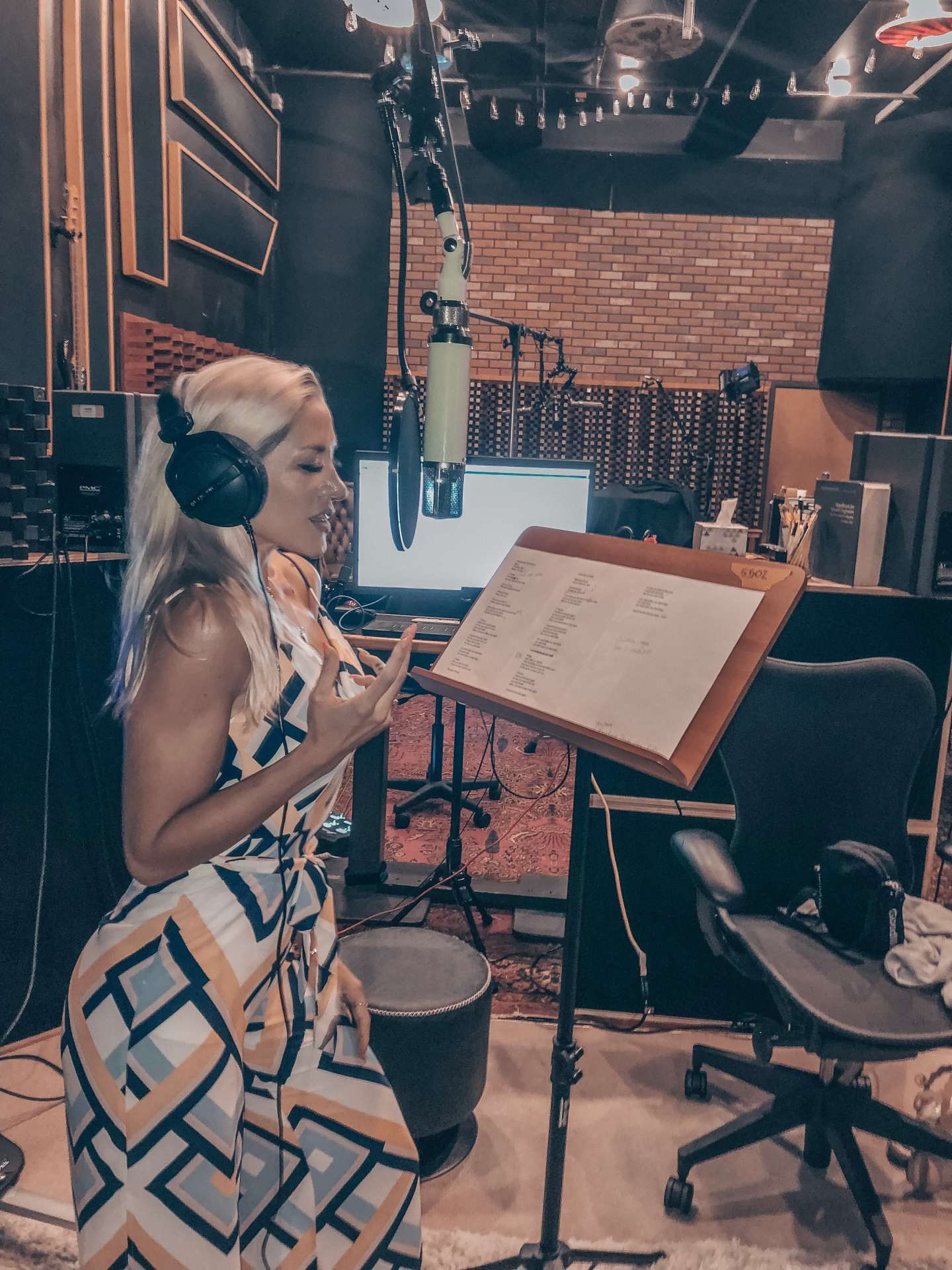 Tell us about your career in music. What did you do before becoming a musician? Before getting back into music I was a professional fire breather and circus performer and I was on tour with myself as the owner of an all woman circus.

Were there any artists that inspired you to become a singer? Oh yeah a lot. Queen, Madonna, Heart, Tina Turner, Spice Girls, Lenny Kravitz, Dolly Parton, Lady Gaga, Blondie, Evanescence, In This Moment… the list is really eclectic and could go on forever.

I’m pretty heavily influenced by the electronic music scene now on top of the list above and current pop like Miley Cyrus and Halsey.

Where did you get your start in performing?

I started performing burlesque shows for tattoo conventions and then I ran away with the circus and performed in the sideshow.

Who are five artists you think everyone needs to listen to in their life? 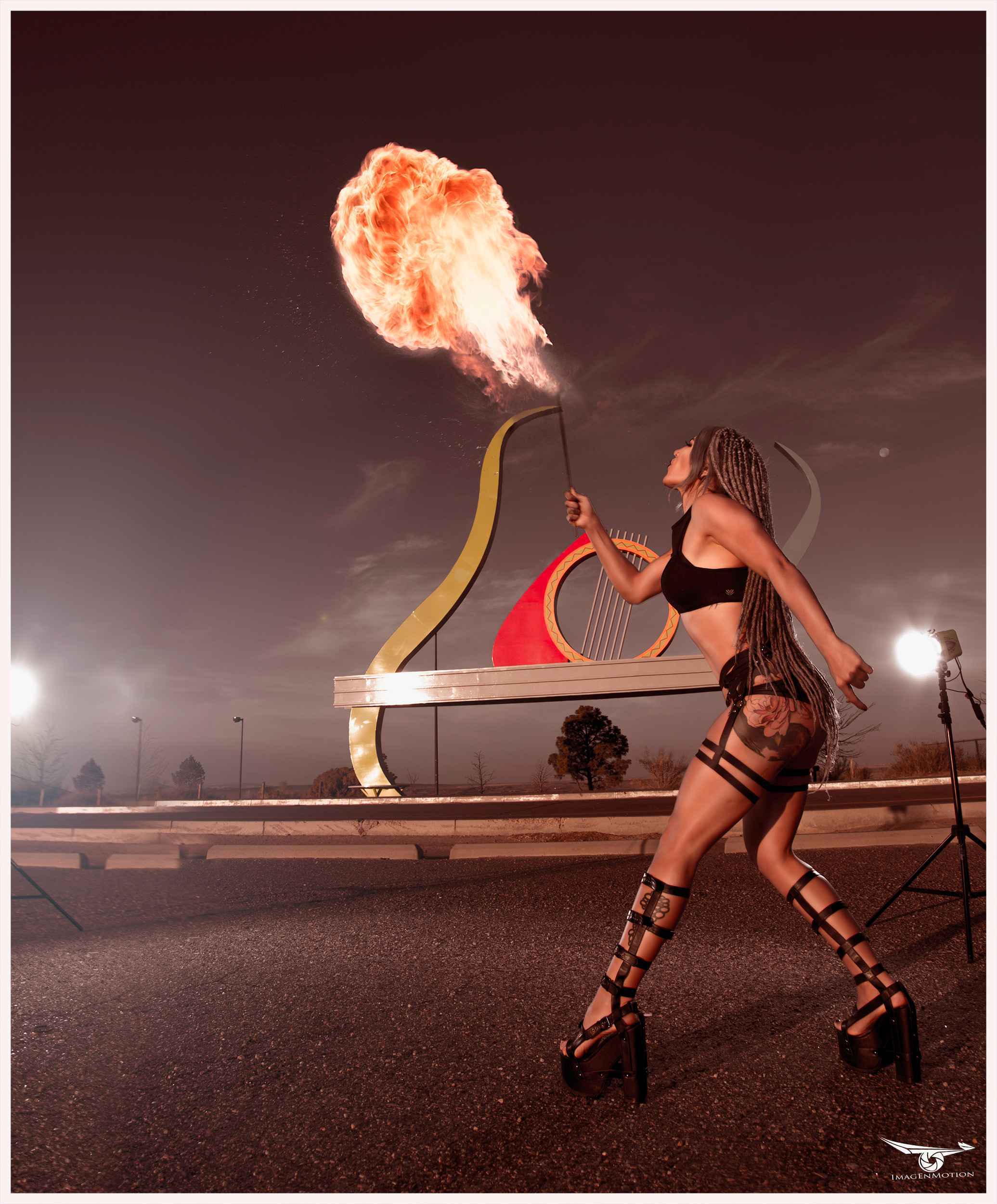 Do you have any experience with mentors? If so, would you recommend them for up and coming musicians?

No but I would love to learn from Madonna or Lady Gaga, the Queens of pop.

Do you write your own music? If so, what is your favorite part of the songwriting process?

Yes I write my own music. My favorite part of writing is that I use my songs as a sort of therapy and going back into the emotions I once felt or still feel helps me break through walls I had put up as coping mechanisms and really lets me be myself again without feeling like these emotions are overwhelming me.

It depends but it generally starts with a feeling that I have and then I connect it to a memory. Then I just try to tell the story of the memory the same way that a novelist would using all the senses I can remember connecting to that moment. I am neurodivergent and have Synesthesia. I experience colors with heightened emotions and sounds so when I go into a moment I lose myself in those emotions.

I start to hear sounds and see colors and then I visualize the story that’s unfolding like a music video and I really try to paint a picture with it. Then once I’ve got enough of an idea of where I want to go with a song I connect with the producer and we go from there. It’s not always the easiest or fastest method I suppose but it’s definitely from the heart.

Where do you draw inspiration for your music?

All my songs have been inspired by experiences I’ve had in my life but I also draw on surrealistic art, graphic novels and science fiction. 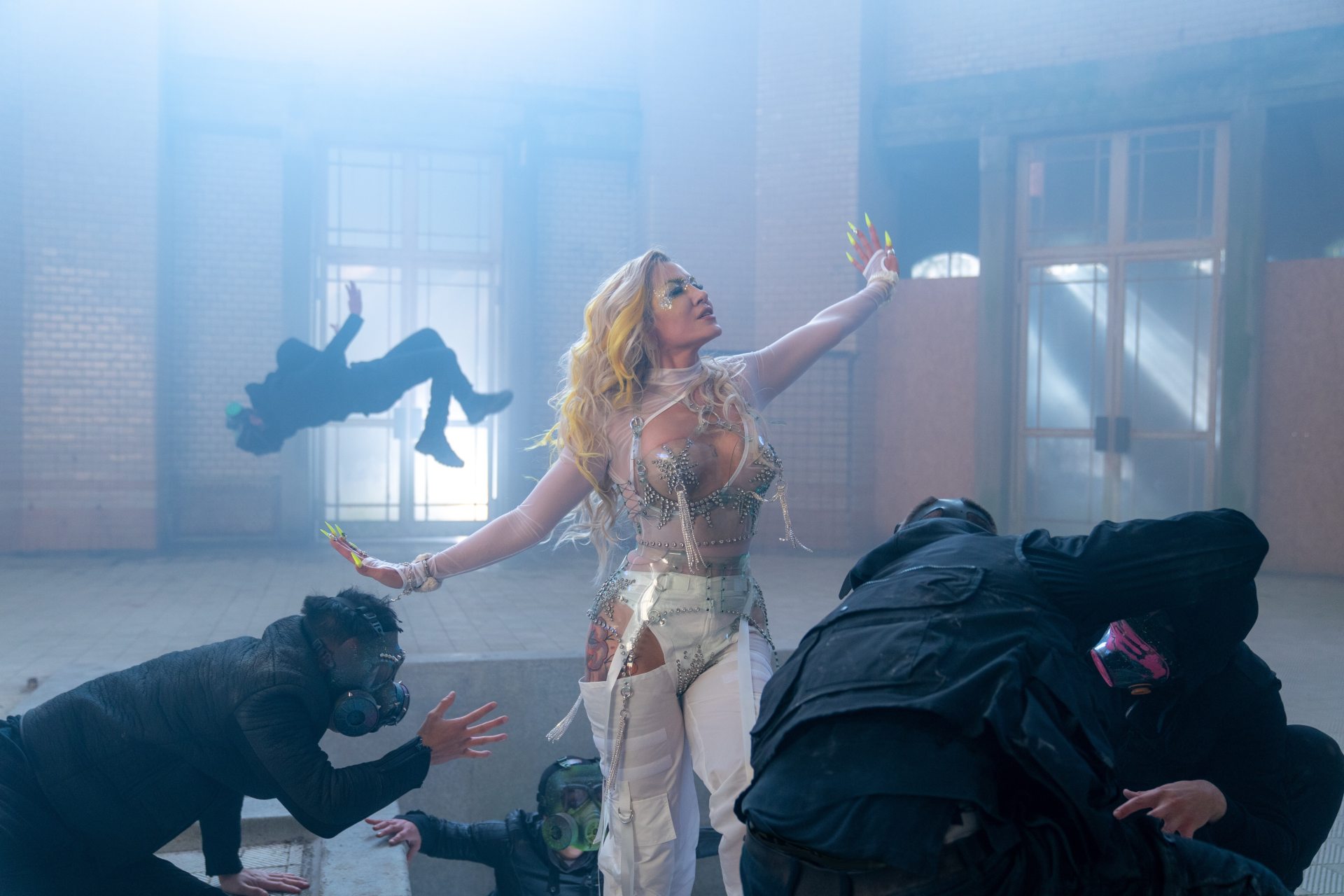 What was your experience like recording your music debut?

My first song “Bhaag (Saaho Bang Bang)” was a bit nerve-wracking as I had a serious time restraint and Prabhas had asked me to create it so I really wanted to impress. Luckily I was working with an amazing team: producer Larry Granite (Think Up Anger), musician Malia J, and my life partner and manager Garrett Grant so things went really smoothly and we got news the song was not only accepted but loved the very next day. It was very exciting!

What has been your favorite song to record so far?

My favorite song to record so far has been “Dearest Alice” because the first round I sang it much softer than the final. When I told my producer what it was about he blushed and was like “ohhhh girl you gotta go back and do that harder.”

Are you planning on touring anytime in the near future?

Yes working on the end of summer dates Covid permitting.

Who would you like to collaborate with on future projects?

Oh my god living legends like Madonna and Lady Gaga would be heart stopping. I’d also really love to collaborate with Emiway, Illenium, or Miley Cyrus.

Could you see yourself ever moving into music mixing or producing later on in your career?

Absolutely. I find music production incredibly fascinating and honestly there are so many flakes in this industry that I do come back to the thought that if I could do this on my own I for sure would.

Give us a tease of what to expect from your upcoming music video.

Imagine if Madonna got admitted to Arkham Asylum.

What behind the scenes secrets do you have about filming music videos?

Work with people you love and who love you because it’s 100% a team effort and if you’re with the people who have your back they’re gonna make all the difference. And don’t be afraid to take risks. You’ll end up with so much extra film anyway but what if you tried something that came out super cool you’d regret not doing it.

I’m appearing in two major feature films at the end of the year. 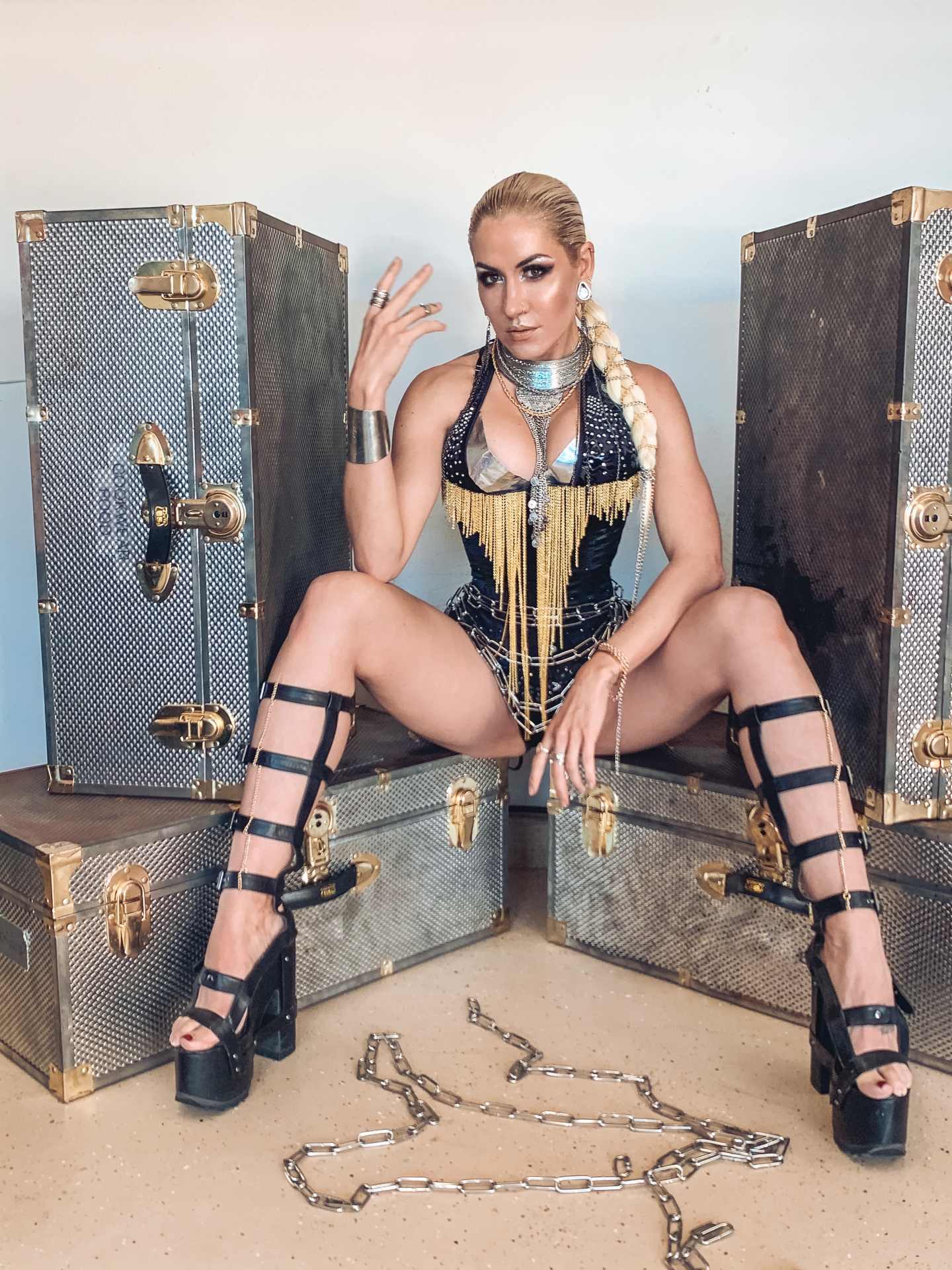 I see myself as a multi Grammy award winning artist.

My biggest success to date is my song “Bhaag (Saaho Bang Bang)” not only being used in the trailer but in the movie itself and becoming the unofficial theme song for the movie. I don’t believe there are failures. There’s just wins and chances to learn. I didn’t fail if I learned something from it. Even though I didn’t continue on with my all woman circus I learned so much in regards to stage production, that I was more interested in music, met the love of my life, made an unforgettable bond with my business partner who is like my sister and life lessons I’ll never forget.

What advice do you have for other musicians trying to make their big break?

Keep going. The road isn’t always straight and sometimes it’s even backwards but you gotta keep going. Don’t let anything or anyone be the end of your story.