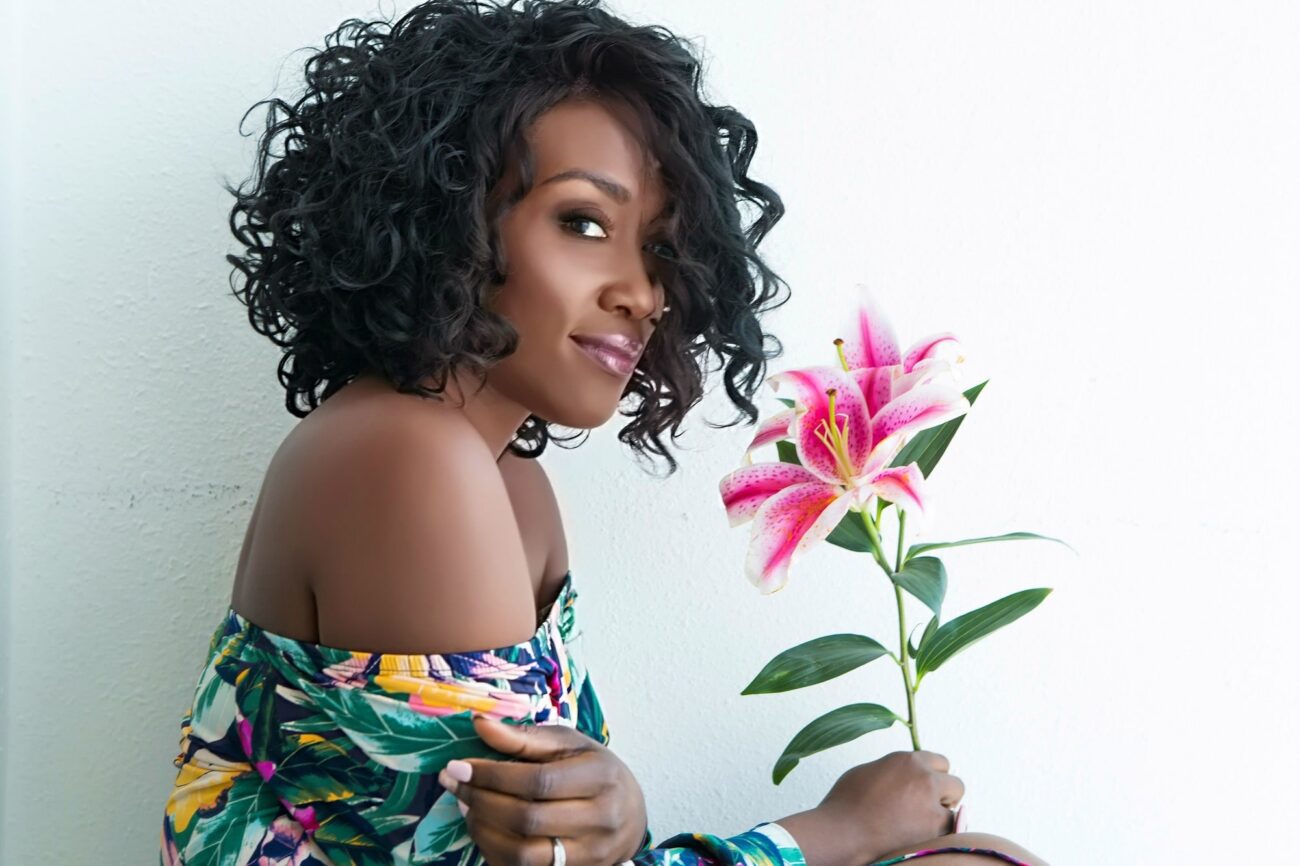 Use Your Voice: Meet Activist, Singer, and Podcaster Malynda Hale

Some people’s talent will absolutely blow you away. Such is the case with Malynda Hale the actress, singer/songwriter, director, podcast host, activist, and mom. Hale channels her voice through multiple talents to push for broad social justice change. She currently hosts the podcast #WeNeedToTalk and recently launched a photo & video series documenting black American experience called “Black Voices Heard”.

We were lucky enough to have a discussion with Hale. With no shortage of things to talk about, we learned about Hale’s music, values, activist work, and her advice for anyone who’s up-and-coming in the entertainment world. 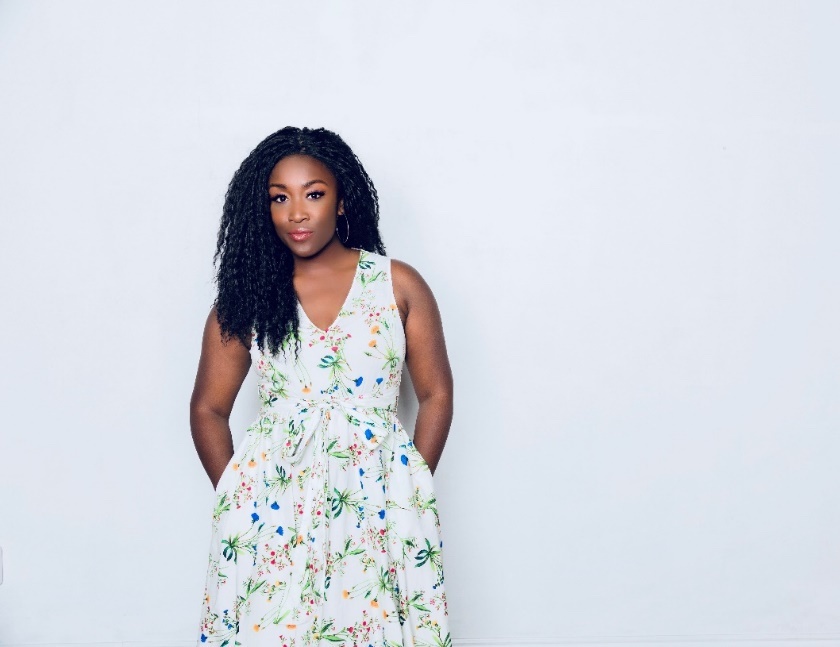 Tell us about your history in entertainment. How did you start your journey?

I grew up in a musical household. My Dad was a musician, my Grandma was a singer, and music was always appreciated and shared in my house. So, the love for entertainment and wanting to be in this industry has been a part of me for as long as I can remember.

You started singing at the age of 5. Who were your biggest musical influences?

Growing up it was always Whitney Houston. She was my main influence. But as I got older, I was exposed to so many incredible artists like Audra McDonald, and Heather Headley and they really helped shape who I wanted to be as a singer.

You’ve won several awards, including “Best Female Vocalist” at the Hollywood Music in Media Awards. Did you always know that you wanted to expand your career into other fields given how successful you’ve been as a singer?

Yes! I’ve always been someone who wanted to dabble in a number of things. Music was just my first and main passion, but I never wanted it to stop there. I’ve always wanted to make sure I could make the biggest impact and I knew that meant utilizing my talents in multiple areas.

Have the skills you learned as a singer and songwriter helped you as you’ve transitioned into other areas of the entertainment world?

Yes absolutely. I think learning to advocate for myself and being authentic are two of the main things I’ve learned being a performer. Finding my voice was a big milestone for me even though at times I still feel like I’m trying to find it. But starting in music gave me the opportunity to figure out where I was needed the most and that’s what led me to social justice and activism. 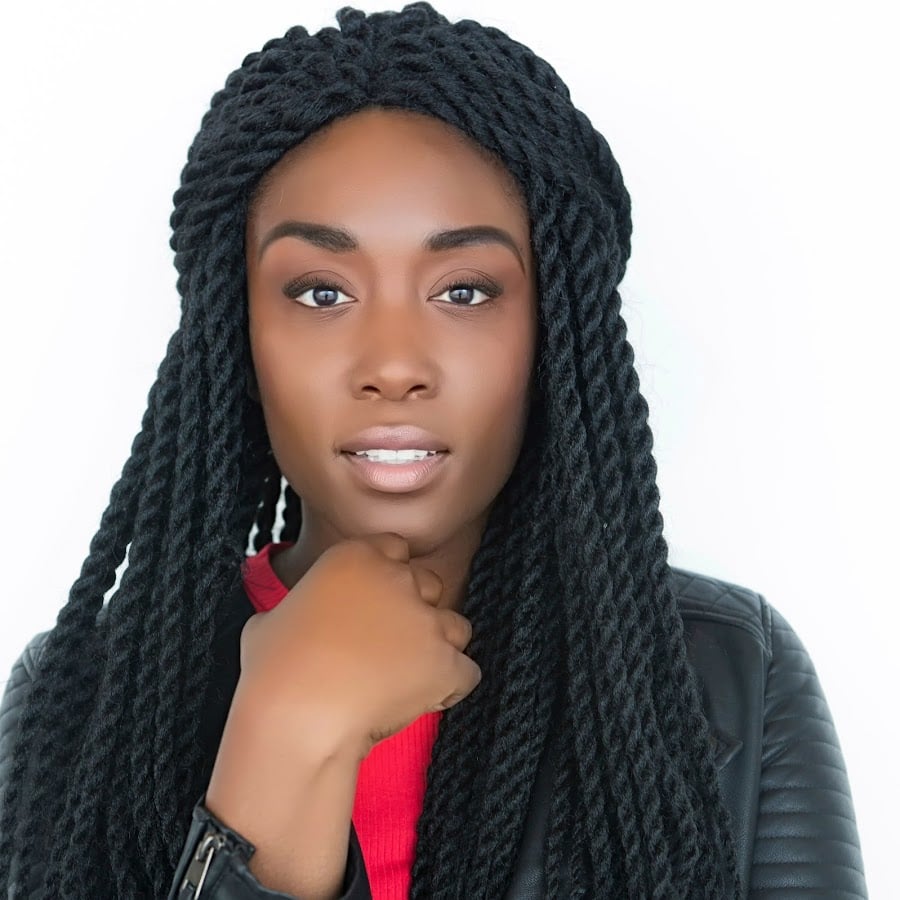 You’re currently the host of the #WeNeedToTalk podcast. What was the initial inspiration behind the show?

I simply wanted to create a space where deep and meaningful conversations could happen in a comfortable environment. I think a gift I have is making my guests feel comfortable and they all have a willingness to open up about themselves and their experiences and how different aspects of social justice, religion and politics have played a factor into their stories. So, the initial inspiration was to bring these conversations into people’s homes and hopefully inspire them to continue the conversation elsewhere.

Has the podcast allowed you to express yourself in ways that you were unable to as a singer?

It has. While music has taken a turn in terms of what I sing and write about, I think my podcast is now even more so an extension of my heart and the things that matter most to me.

Is there a particular episode that you would advise listeners to check out first?

Honestly by season 4 I really found my groove. So, I would start there and work your way up. There are so many meaningful conversations and guests. Truly something for everyone.

What’s your mission as a podcaster? Name the most important thing you want viewers to experience when tuning in.

My mission is to get people to have conversations that might not feel comfortable at first but are important. I also want to make sure that other people’s stories and experiences are heard and affirmed. I want people to listen to my podcast and leave every episode feeling like they learned something and feeling like they have a deeper understanding for another person’s experience as well. 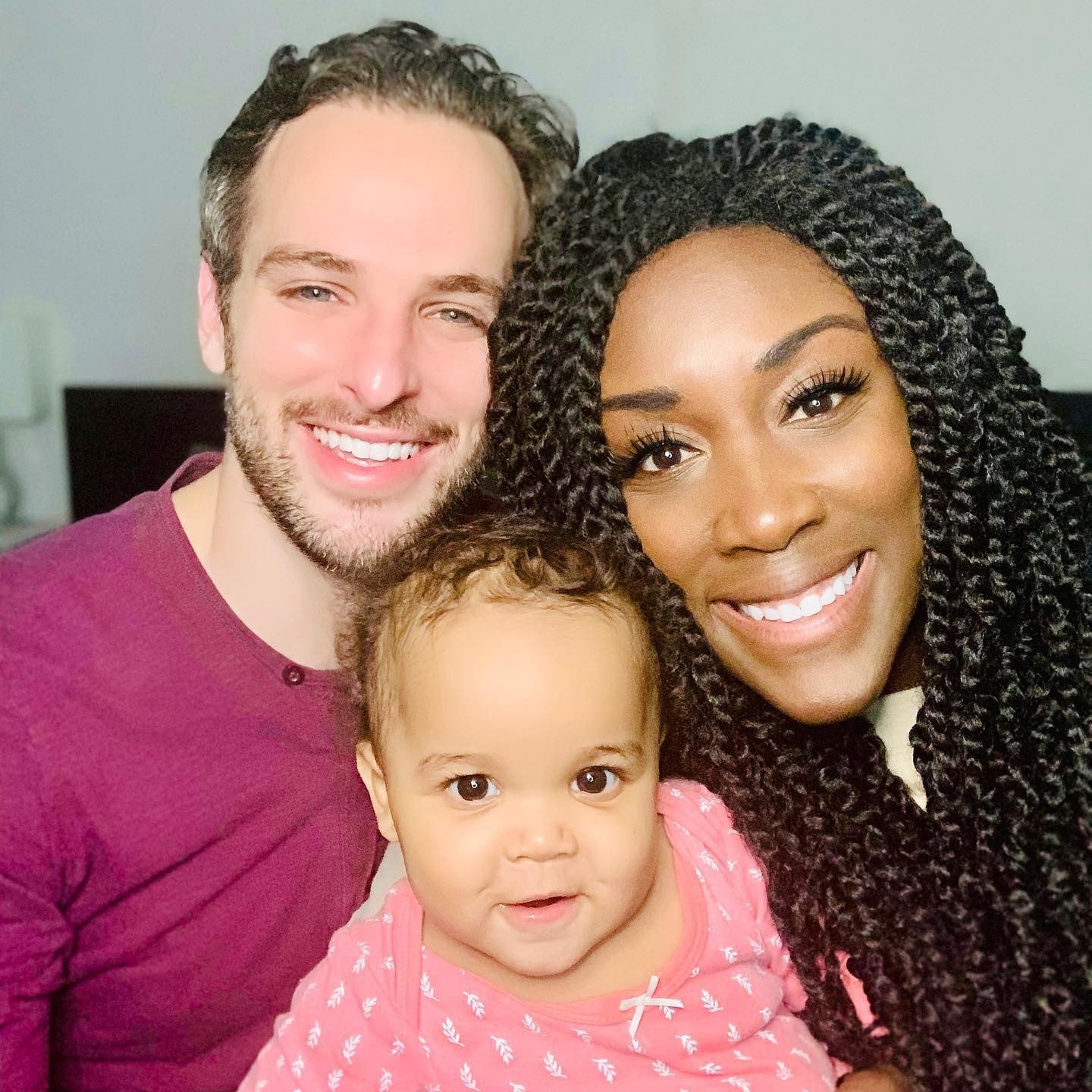 The content is very similar but Courageous Conversations is solely based on the Christian perspective of social justice. I feel like I do that naturally, but it’s really for people that are faith based that want a deeper understanding of how to be advocates and allies, and truly diving into what the Bible says about social justice.

Your latest project is the photo/video series Black Voices Heard. Tell us about the series and how it came to be.

In the wake of the Breonna Taylor and George Floyd murders, a friend of mine by the name of Mo Cee reached out to me wondering what he could do to help. He’s a photographer and wanted to figure out a way to give a platform to Black voices. So, I took some time and created a project that he could collaborate with me on. I realized that so many people have the wrong assumptions about Black Americans mainly because they have limited exposure to who we are as a community. The narratives and perceptions of us have been controlled by so many other people that we rarely get to tell our own stories. And it doesn’t help that people seem to have preconceived notions about us that they aren’t willing to change. So, the purpose of this project is to present Black people in a real and authentic way. It’s my hope that these stories and profiles will help humanize us and change the societal view of Blackness as a whole.

Given the current state of the world, how important do you feel it is to work on a project like Black Voices Heard?

I think it’s unbelievably important because it’s time that Black Voices were heard. Our stories and experiences are valid. And that’s not to say that they are more valid than anyone else’s, it just means that they are valid and need to be heard. There has to be a time and a place for everyone’s stories to matter and I think it’s our time.

You’ve had tons of celebrity guests appear on the series thus far. Who have been some of your favorite guests?

For Black Voices Heard one of my favorite interviews was with Actor Clark Moore. His answers and experiences were so compelling. On #WeNeedToTalk I definitely had one of my favorite conversations with Singer/Songwriter Richard Marx. I’ve been a fan of his for years and he was so easy to talk to. 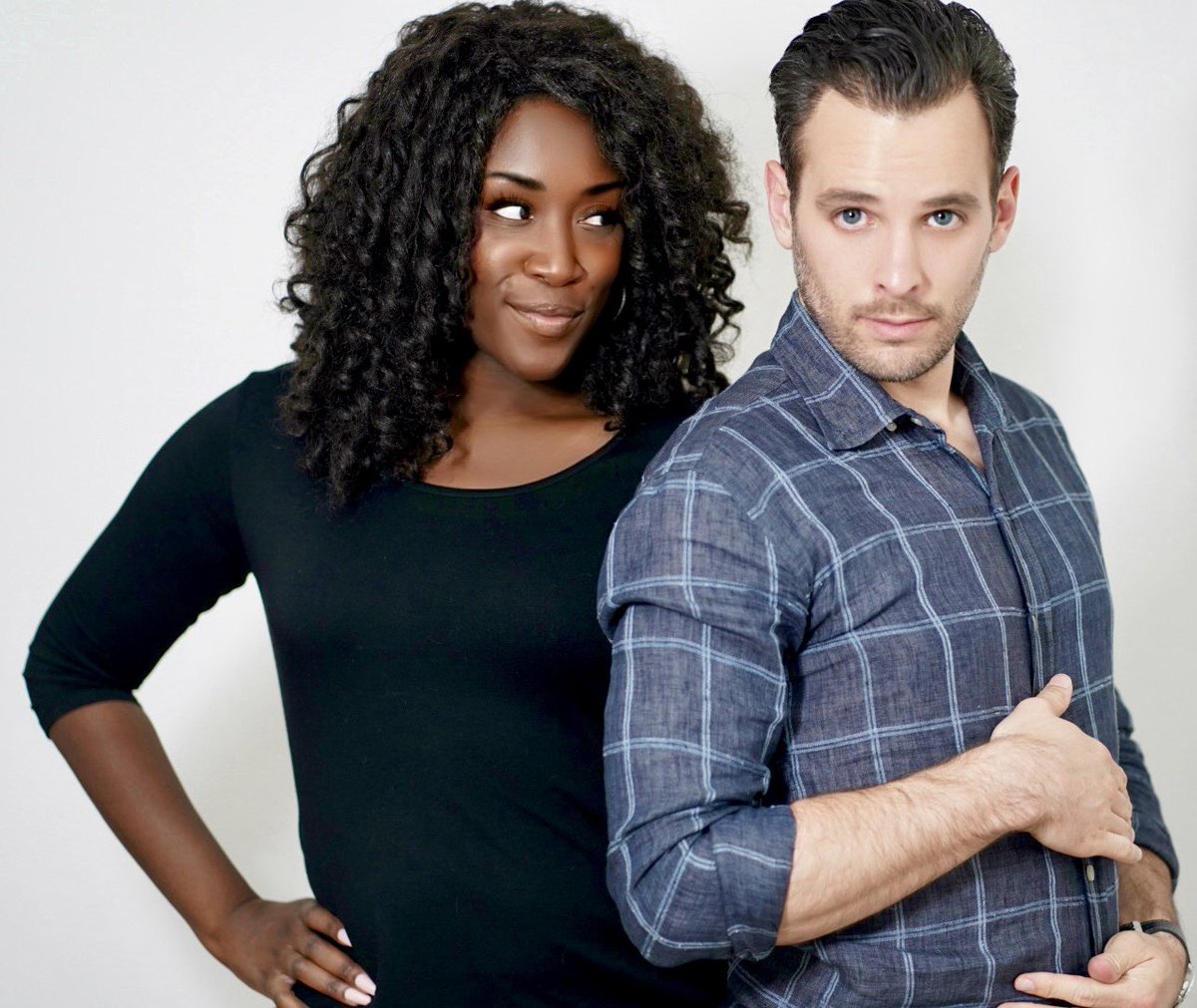 You became a mother during the COVID pandemic. Do you feel your experience has made you uniquely qualified to speak on motherhood and the pandemic on your podcast/series?

I think giving birth during the pandemic is definitely a different experience than most mothers have had but it’s one I actually feel very blessed for. In regular circumstances I wouldn’t have been able to spend as much time as I did with my family. And that’s something I don’t take for granted.

Are there any celebrities in particular you’d like to get on the series in the future?

Jesse Williams is at the top of my list. I love everything that he stands for and I would love to just have a long in-depth conversation with him.

What is the biggest theme or lesson you want audiences to take away from Black Voices Heard?

Just as we are often told to believe women, we need to believe Black people. Our lived experiences are unique in this country and unlike any other race or culture in America and our perspectives and views need to be acknowledged.

I just released a song called “God and his Gun” that calls out conservative Christianity and the hypocrisy within in the church. It’s a really important song to me and I hope the message resonates with people. 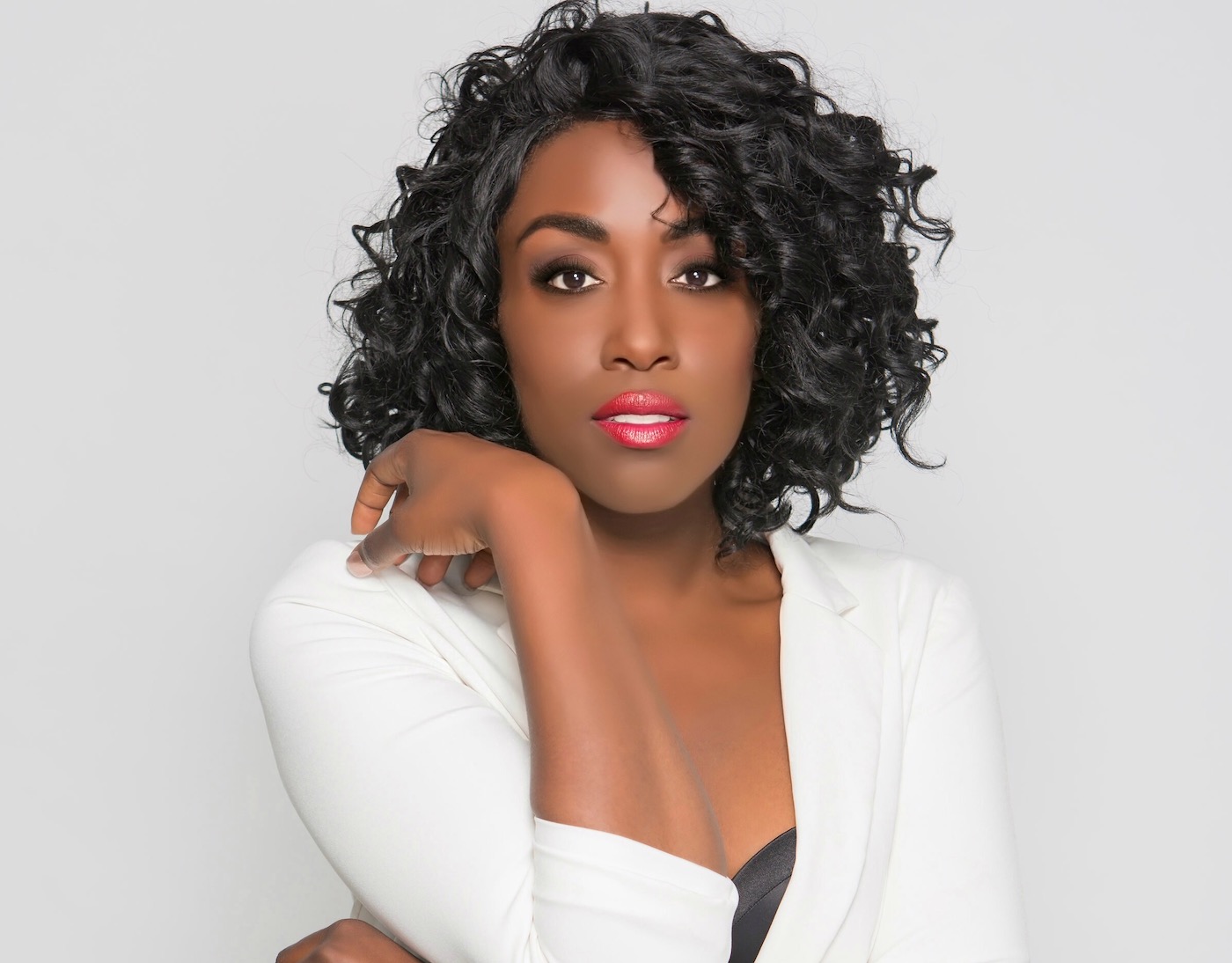 What do you consider to be your greatest success?

At times I don’t even feel successful yet, despite having accomplished a lot. And I know people measure success differently, but I think the fact that I’ve always been able to make a full time living off of the thing I’ve wanted to do my whole life, is a success. Even if at times I’m not always singing my own music, I am always singing for a living and that’s a true blessing.

What about your biggest failure? What did you learn from it?

I think my biggest failure was putting too much trust into someone else to help my career when I’ve always had the tools to become successful. I think my drive was a lot louder than my intuition at times, so I trusted the wrong people. And I just learned to trust myself and my gut and know when something doesn’t feel right.

What advice do you have for aspiring entertainers?

Be true to yourself. There’s a seat at the table for anyone. What you do might not be mainstream or catch people’s attention at first, but you will find your audience. This took me a while to learn but it’s important.