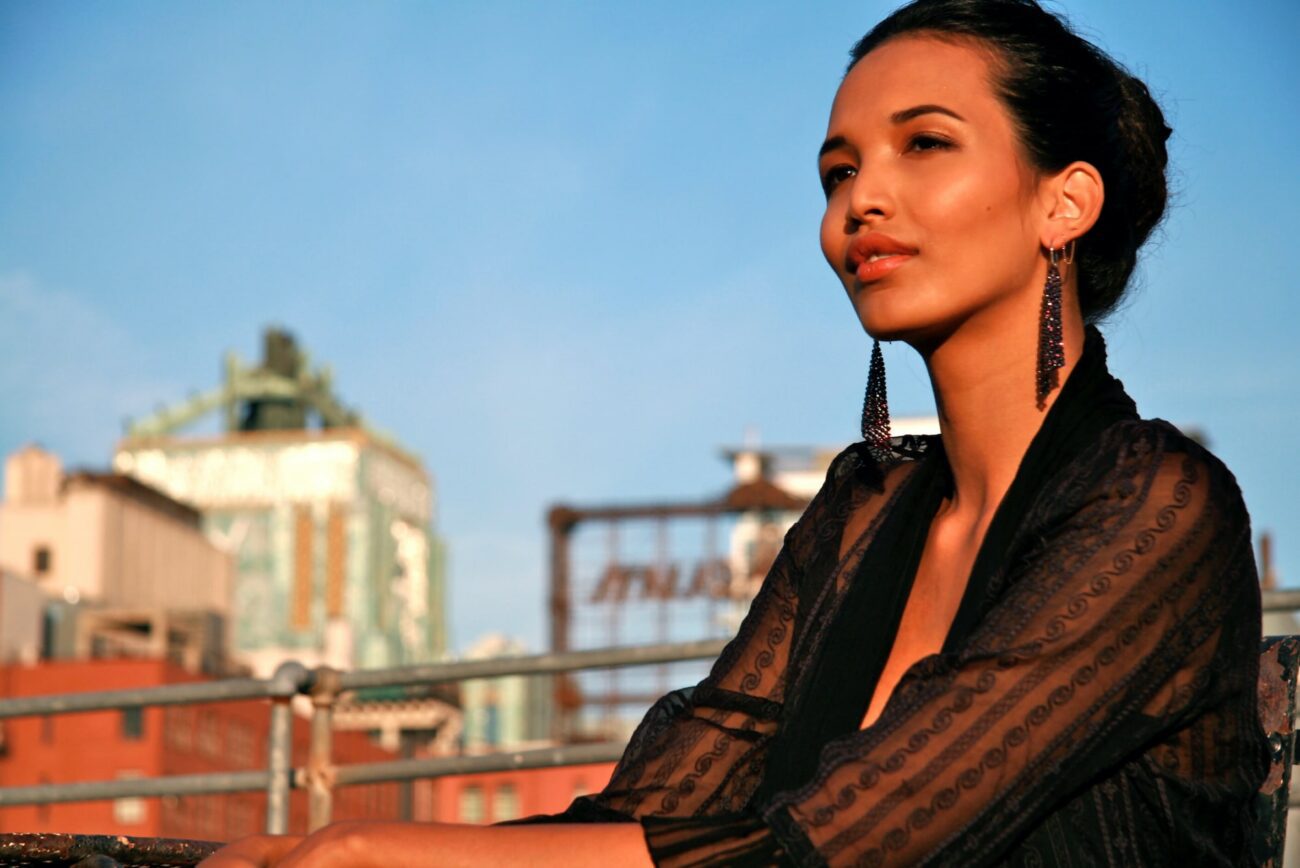 Kristina Menissov began her career as a model in 2017. Since then she’s been on the cover of Vogue Mexico and ELLE Arabia and has worked with fashion houses around the world. Now an established and successful model, Menissov is beginning to branch out in her career. She’s leaning on her Italian Opera training to jump into the world of music.

Her first single “Taking Over LA” was released just last summer, and she’s got plenty more in store for the world. Menissov has also launched her own clothing line. The Sonane Collection is aimed at mothers and daughters, and shows that fashion can be about family, too.

We were lucky enough to speak with Menissov about all her endeavors and what the future looks like for her. 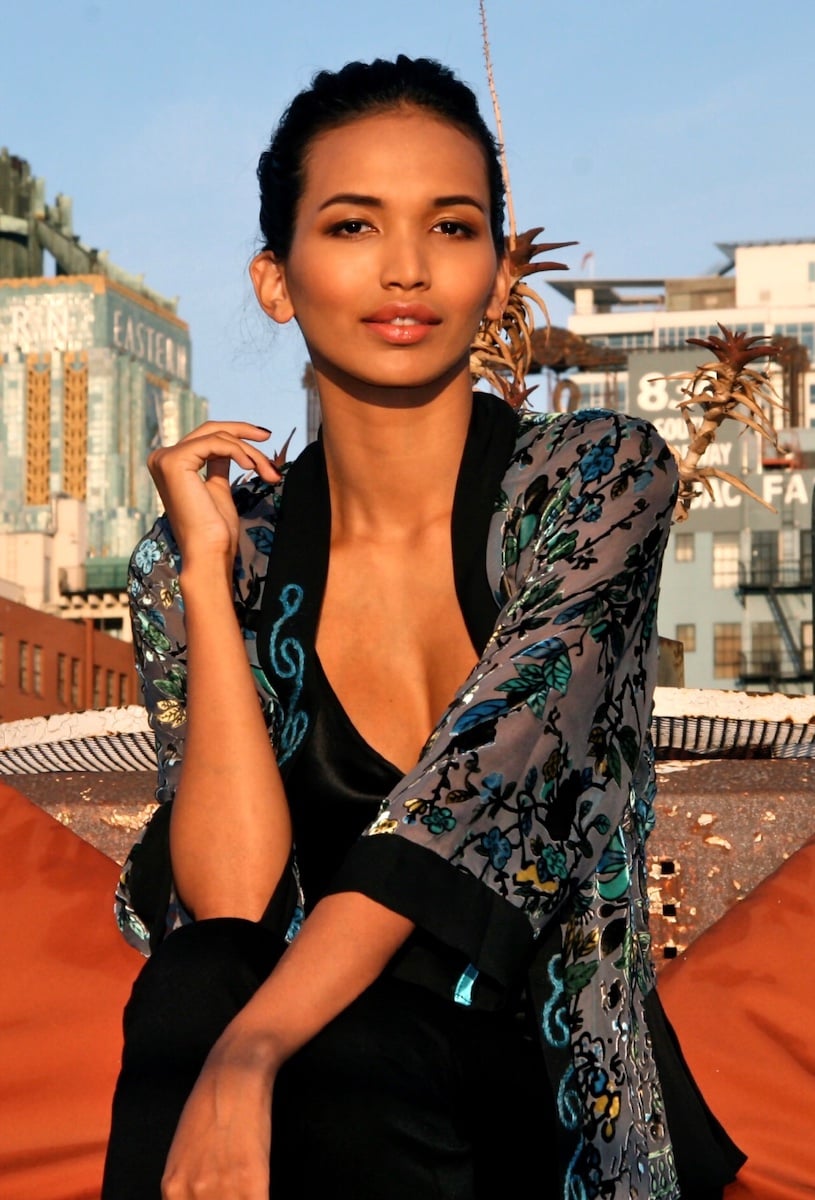 I think every girl is interested in modeling in her teen years. I never actually thought I could make a living as a model, but back home in Kazakhstan I was already trying to model a little bit. I did a few shoots here and there and even walked for the opening of Saks Fifth Avenue in my hometown Almaty and Louis Vuitton.

Your career really started in 2017. Can you tell us about how you got things off the ground?

After signing with my model agency Aston Models, it took some time to gain my confidence and start booking those auditions. My first commercial that I booked was Dave and Busters and I think either it boosted my confidence or maybe casting directors noticed me there. I started booking lots of shows and shoots and finally last year I made it to the Cover of VOGUE.

What was the biggest challenge you encountered in those early years?

Not fitting in either one of the categories. I am half Asian and half Black, which sounds perfect for the industry right? But in reality it was actually the opposite; I was not black enough and not asian enough to fit what each demographic was looking for in a model. Now the industry has shifted a little and ethnically ambiguous models are what a lot of the brands are looking for.

Where did you find motivation to keep working as hard as you did?

I kept telling myself not being inspired is not an excuse to not be productive. 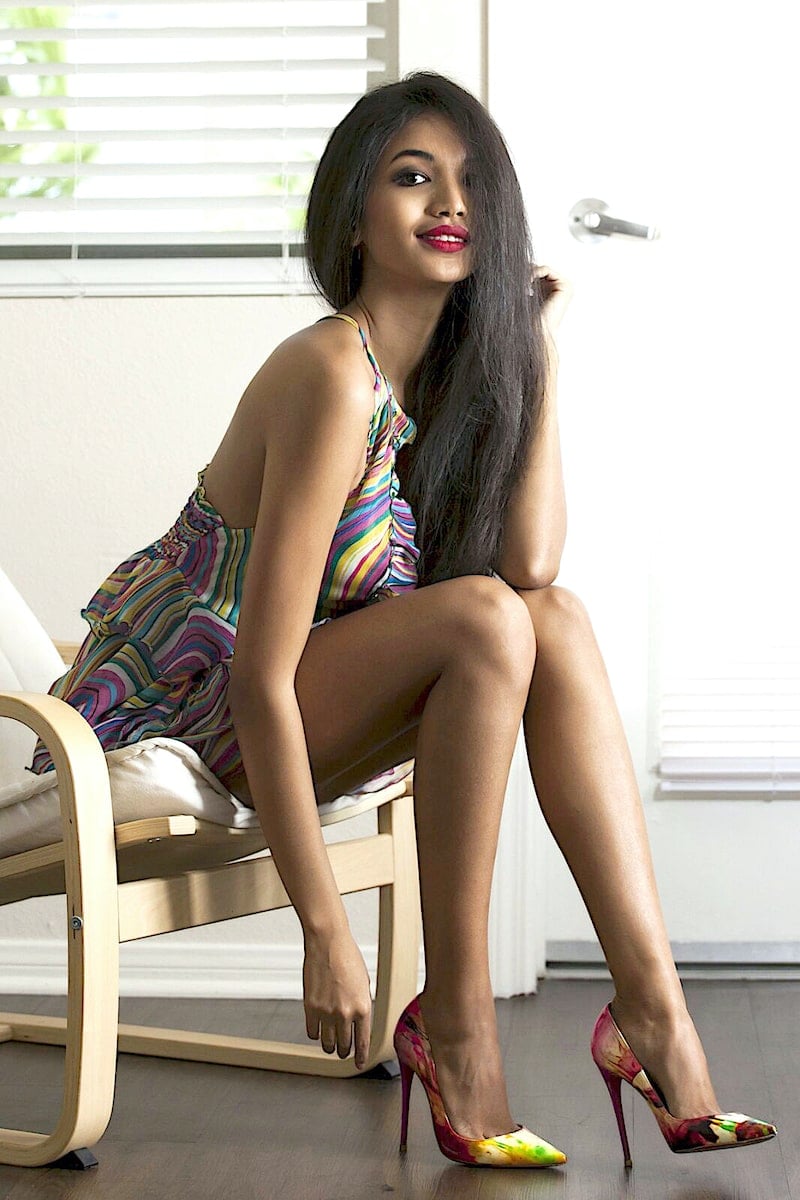 Did you work with any mentors while growing your career?

I have great friends and we always lift each other up when one of us feels down.

Who were some of the people that had the biggest influence on you while you were getting started?

My son has had a big influence on my life. I became a better person from the day he was born so I think it is very accurate to say that he is the biggest influence in my life.

How has your approach to modeling changed over the years?

At first I was trying very hard for every single audition to be perfect. I would record them over and over, trying to reach perfection. If it’s in person in every single audition I would again try to reach perfection. This was very draining physically and emotionally and also would make me so stiff and of course with that attitude it was very hard to book anything. Now I stopped trying to be an “A student” at my auditions. I relax and let go a little and it works.

What’s something you wish more people understood about modeling as a career?

When you get paid a lot per project people don’t understand that all that pay doesn’t go to the model or actor. The agent and manager also take a percentage. You need to spend many days doing hundreds of auditions, so you can keep getting those paychecks. Modeling is really a full time, regular job.

What advice would you give to someone who was looking to get their own start in the industry? 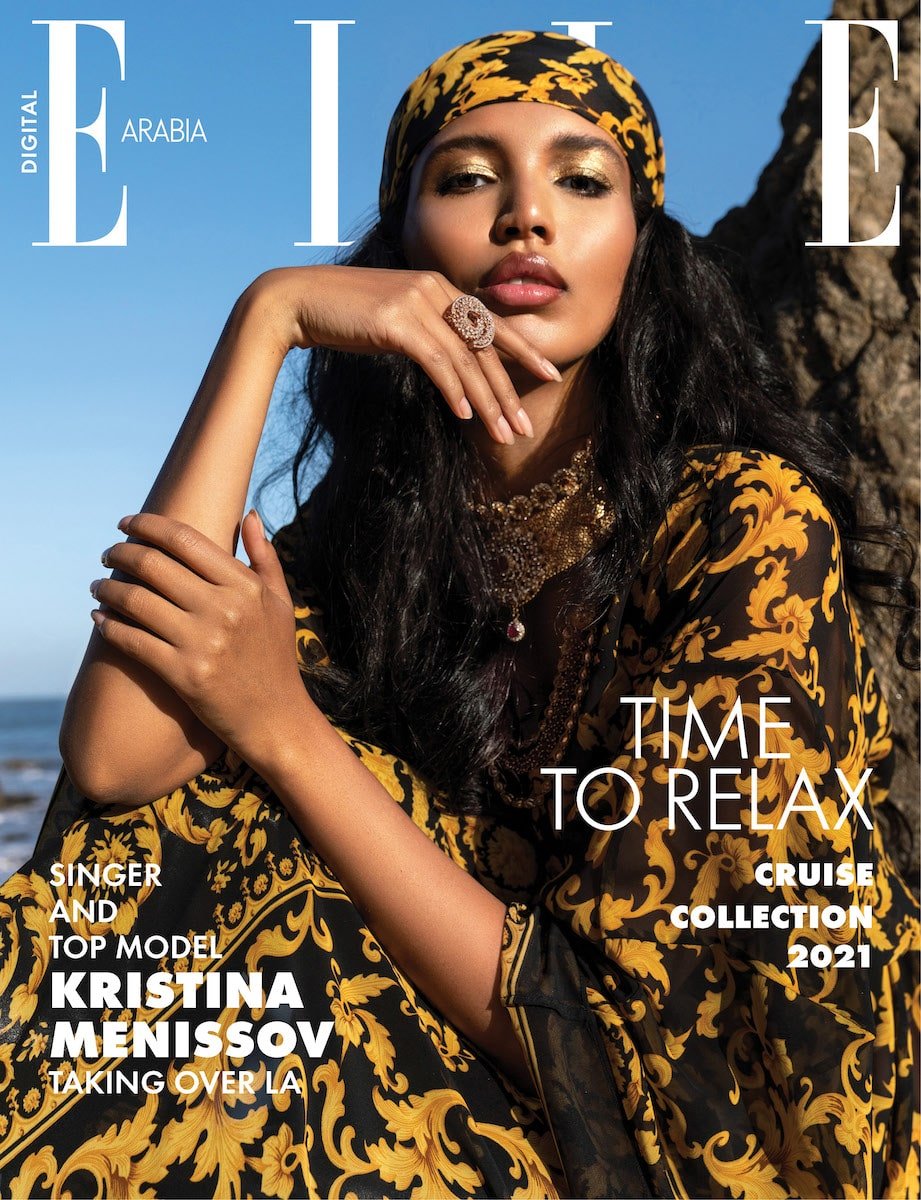 People might not realize this, but you’re also a trained opera singer. When did that become an interest for you?

When I was 5 years old, I started playing piano and in high school I realized that I loved classical music but I wanted more freedom to be able to move on the stage and to express my feelings more. That’s when I really started to get into opera singing.

Have you found time to continue practicing while also working on your modeling career?

You recently signed with music producer Andrew Lane and released the singles “Taking Over LA” and “Breakout”. What was it like to record your first singles?

It was about overcoming my insecurities and stop trying to re-record things million times just to, again, reach perfection, and instead release it as is. Because of course I’ll get better tomorrow, but it’s better to record today and for tomorrow to have another song.

How did your opera background influence your tracks?

It didn’t influence my previous tracks, but I am working on a single where you can hear a little glimpse of my opera background and middle eastern sound at the same time.

Can we expect to see an album from you sometime in the future?

This was actually my 2022 New Years resolution, I will work on releasing the album by the end of this year. 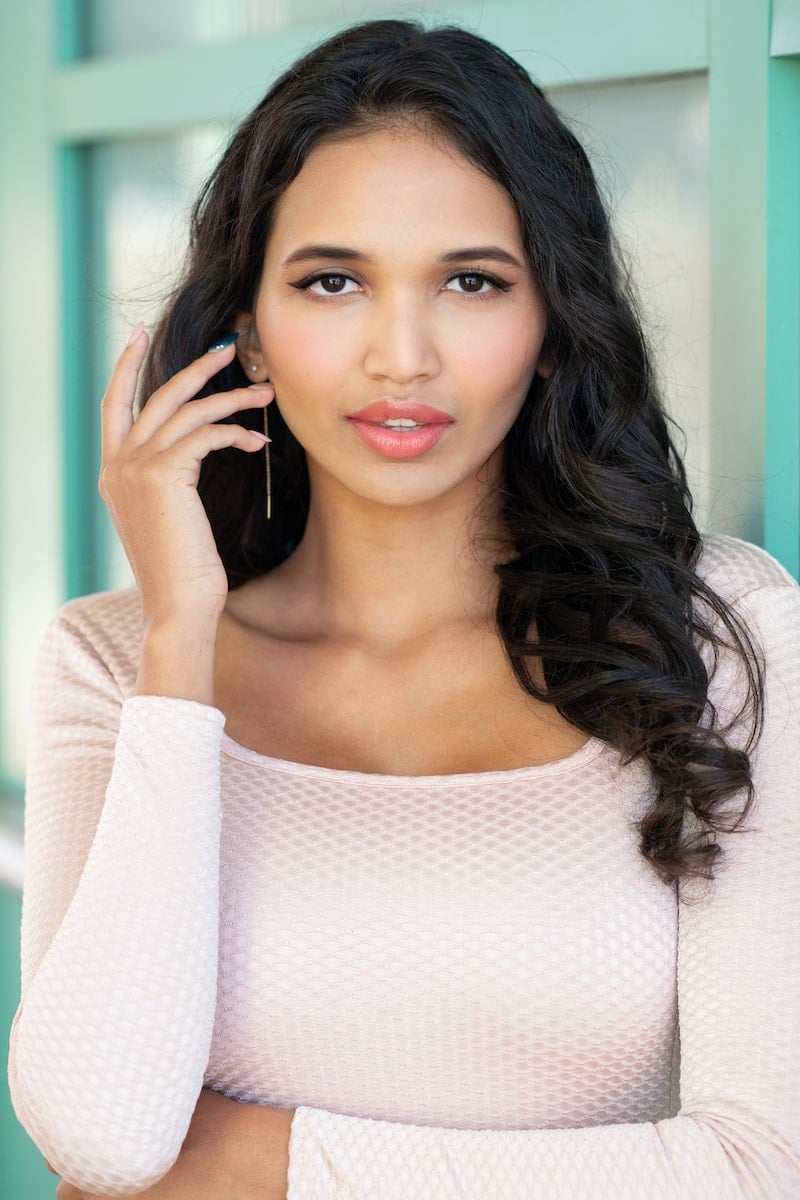 Tell us about your clothing line, the “Mini & Mom” Collection.

It’s a matching lounge collection for moms and their minis.

What motivated you to start the line?

I am just obsessed with the idea of wearing matching outfits with my son (I think it’s already starting to annoy him, haha) but it is so hard to do, because there’s no matching brands for moms and sons, so I decided to create one.

With so much going on in your life, are there more things you still want to be doing?

I want to perform more, have multiple businesses and meditate, and ski, and learn how to ride a bike. I wish I was not so lazy and my time management was better.

I think at the moment I am living my 5 year plan. I want to be even more successful in everything I am doing right now. More hits, more albums, more campaigns and “Mini & Mom” to be worn by lots of beautiful families 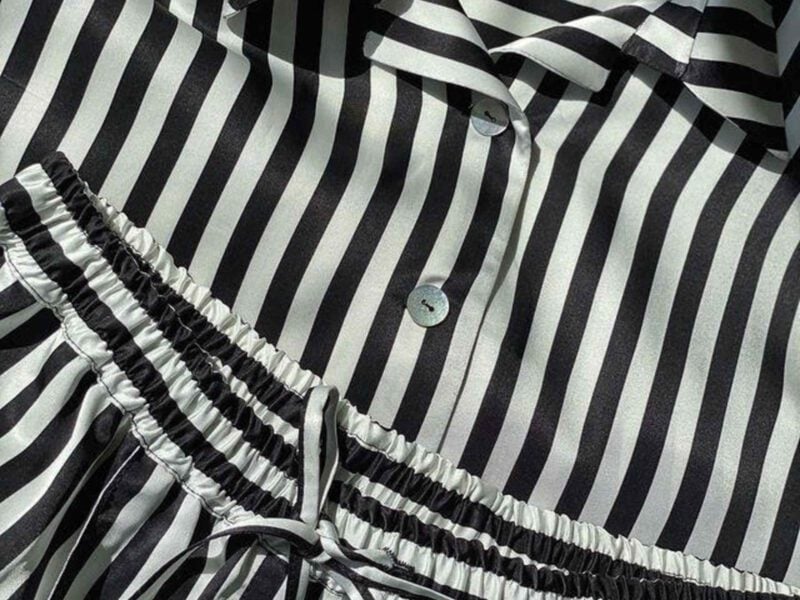 Luxury like never before: Sleeper’s Dresses to make life better