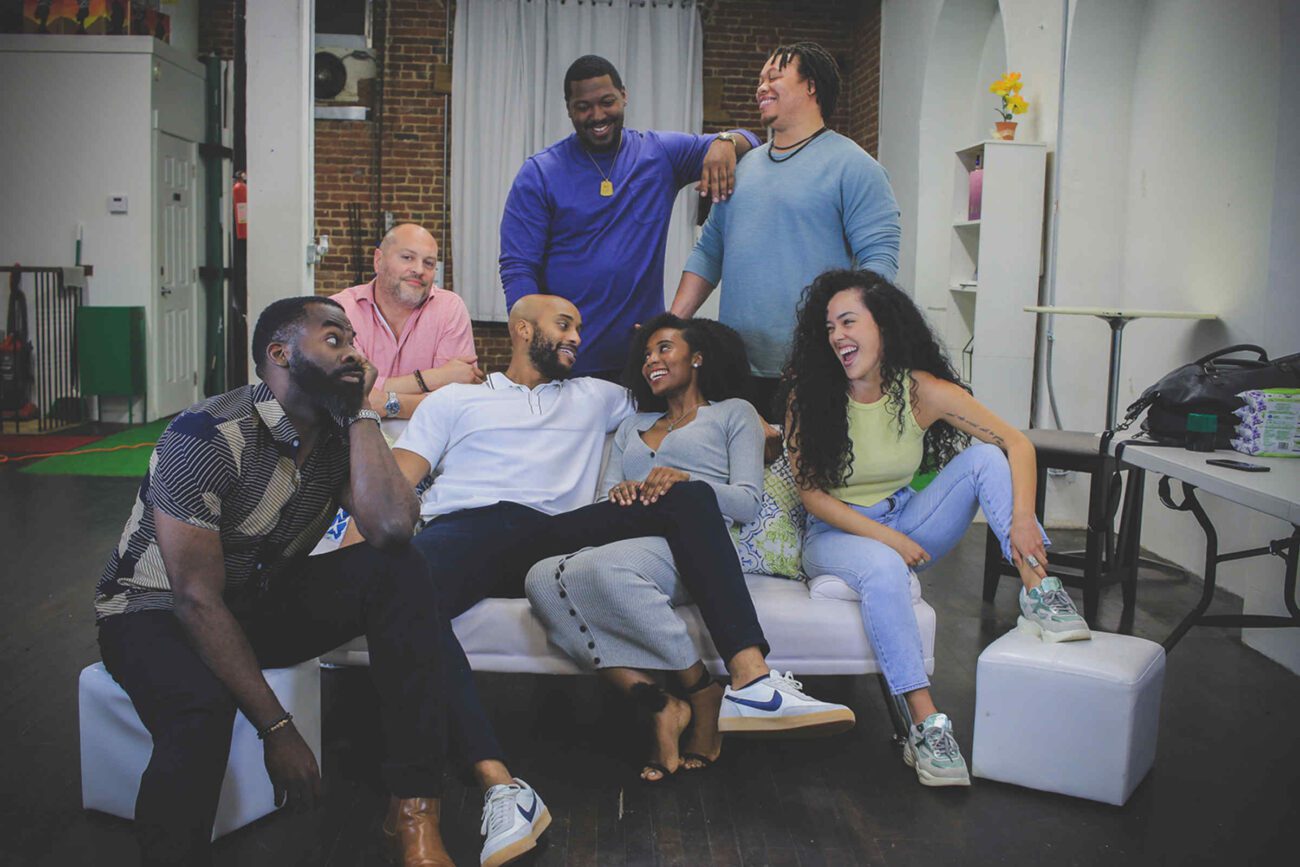 Justin Poage is here to make a connection. The filmmaker graduated from SCAD in 2005, and has spent his career examining the fine line between human comedy and human tragedy. His latest release, You’ve Matched, is a change of pace in that it’s an homage to the romantic comedies of the 1980s and the works of John Hughes, in particular.

What makes Poage’s approach unique, however, is the incorporation of modern elements like dating apps and disconnectedness. Film Daily was fortunate enough to sit down with Poage and discuss his influences, his affinity for collaboration, and his plans for the future. Here’s what he had to say: 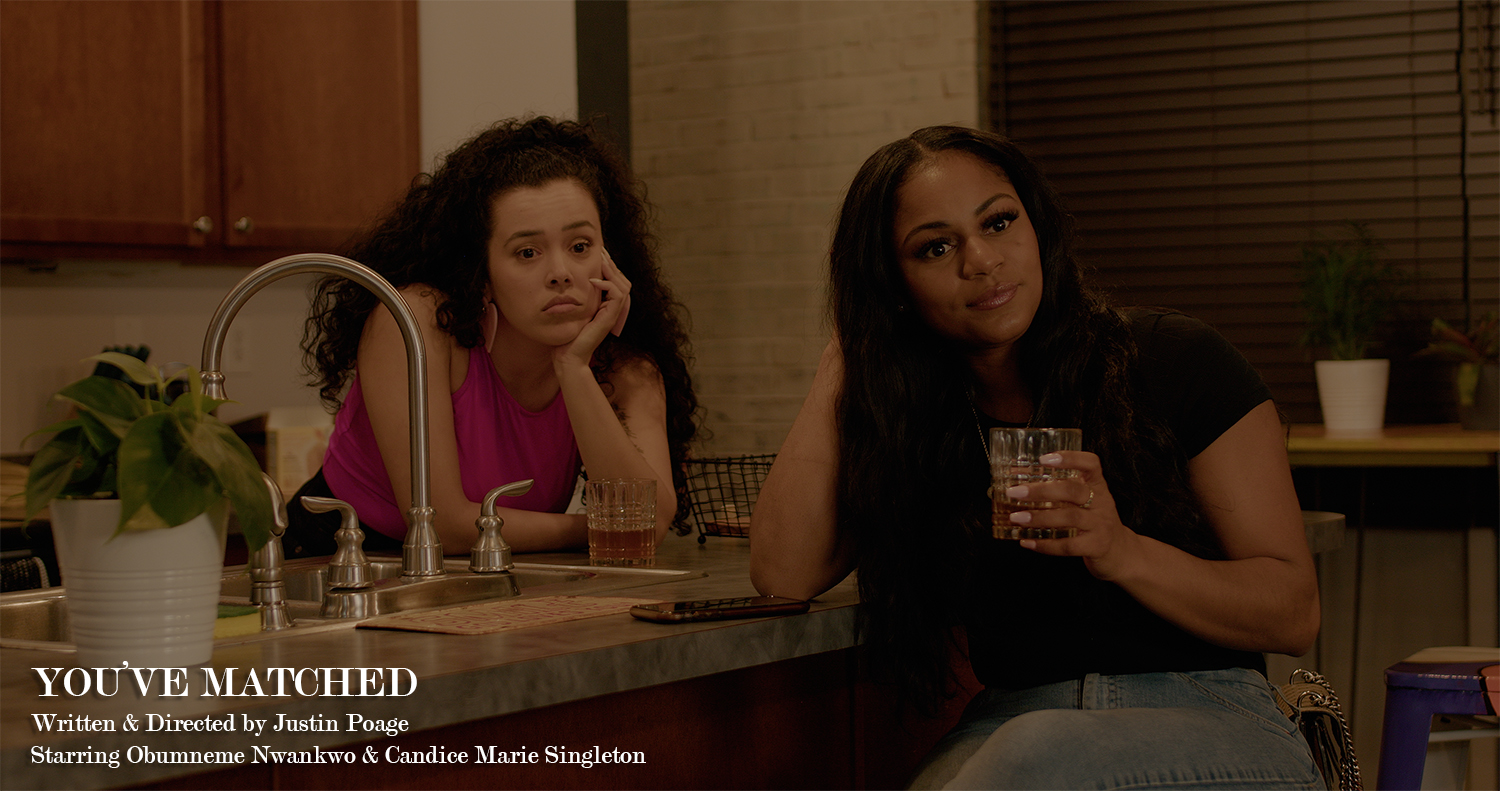 I’ve been a filmmaker ever since I was in the 6th grade, even if it was only in spirit. I was focused on it up until the point I was accepted to SCAD. SCAD taught me a lot. Not just about film, but about life as a whole. Regarding film, it taught me not just how to make movies but how to respect them as well. How to respect every job, every nuance of the process, and especially how to respect your audience. And in life, it taught me the meaning of struggle and the value of friendship and collaboration.

Who were your biggest artistic influences growing up?

It was all about Steven Spielberg for me growing up. I was fascinated by the world’s he created in movies like E.T. the Extra-Terrestrial, Jurassic Park, and Indiana Jones. I was too young to watch pioneers like Spike Lee so I wasn’t able to admire and appreciate him until I was older.

You graduated from SCAD in 2005. What did you learn during your time there that you have been able to apply to your career?

One of the main benefits of attending SCAD is that they teach you how to do everything. So when I’m on a project, wearing multiple hats becomes second nature for me. I’m also a control freak when it comes to my work so I always tend to end up wearing multiple hats without realizing that I’m doing it. I’ve been learning to let go of that though. 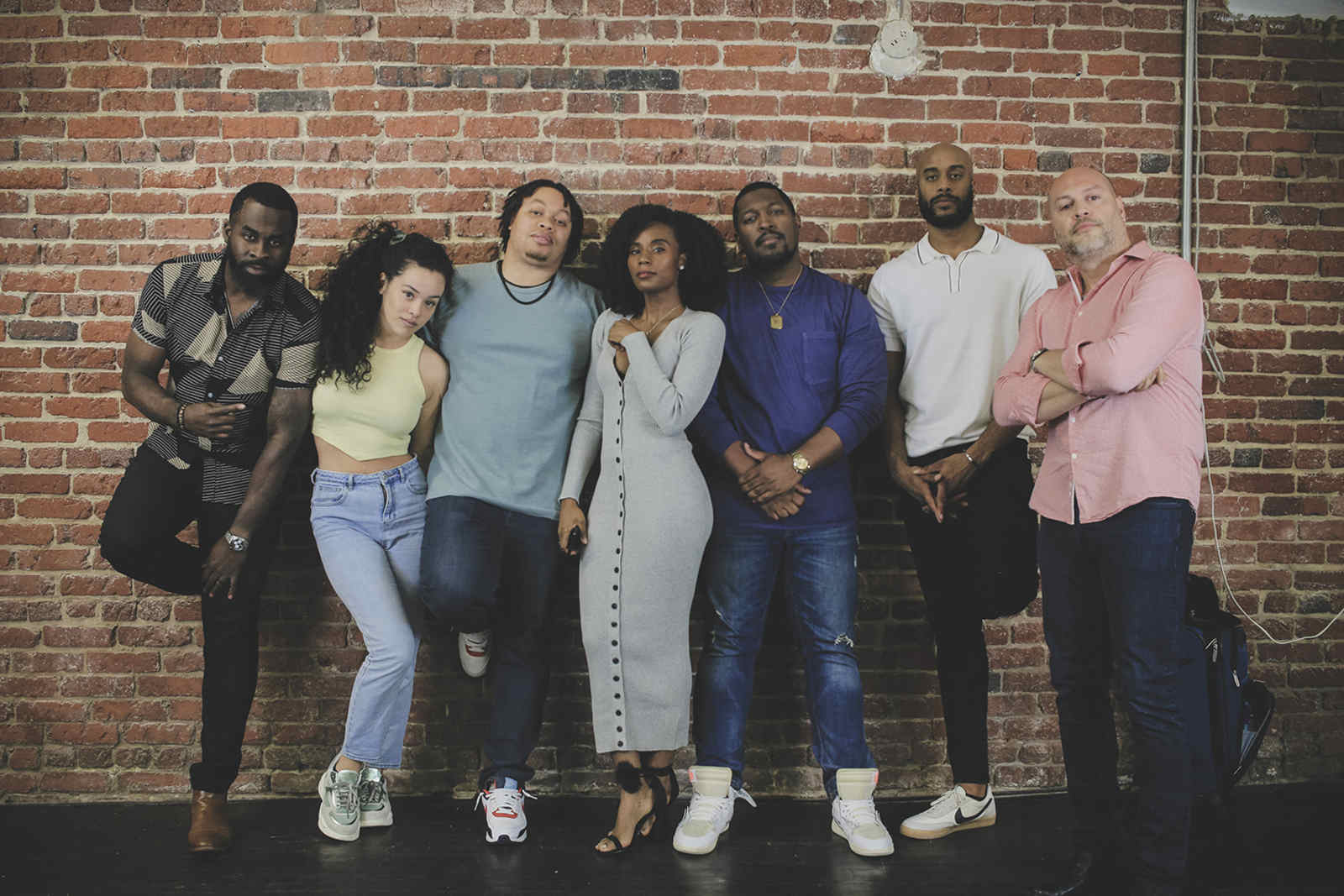 You’ve been the cinematographer on your own directorial films, as well as films directed by others. How does the process differ when you’re working with other directors?

It’s all about creating a melting pot of energy and ideas. I always break any script down as if I were directing it so a lot of the time it’s easy for the director and I to get on the same page vision wise. Then I watch the rehearsal and blocking, and then I just do what I do and we make magic.

What was the inspiration behind your latest project, You’ve Matched?

At my core I’m a hopeless romantic. I’m John Hughes before I’m anyone else. So You’ve Matched has been waiting to come out for years. I love old school romantic comedies and there’s one in particular that I’ve always wanted to re-imagine for a new age of dating. So once I found the right angle in dating apps, You’ve Matched was born.

How does You’ve Matched differed from your earlier projects?

It’s a complete 180. Everything I’ve done over the last few years have been dramatic, and political, and just overall serious; You’ve Matched is not that at all. It’s lighthearted and funny and most of all romantic. So it’s a huge shift from the last few years but it’s still very much me. 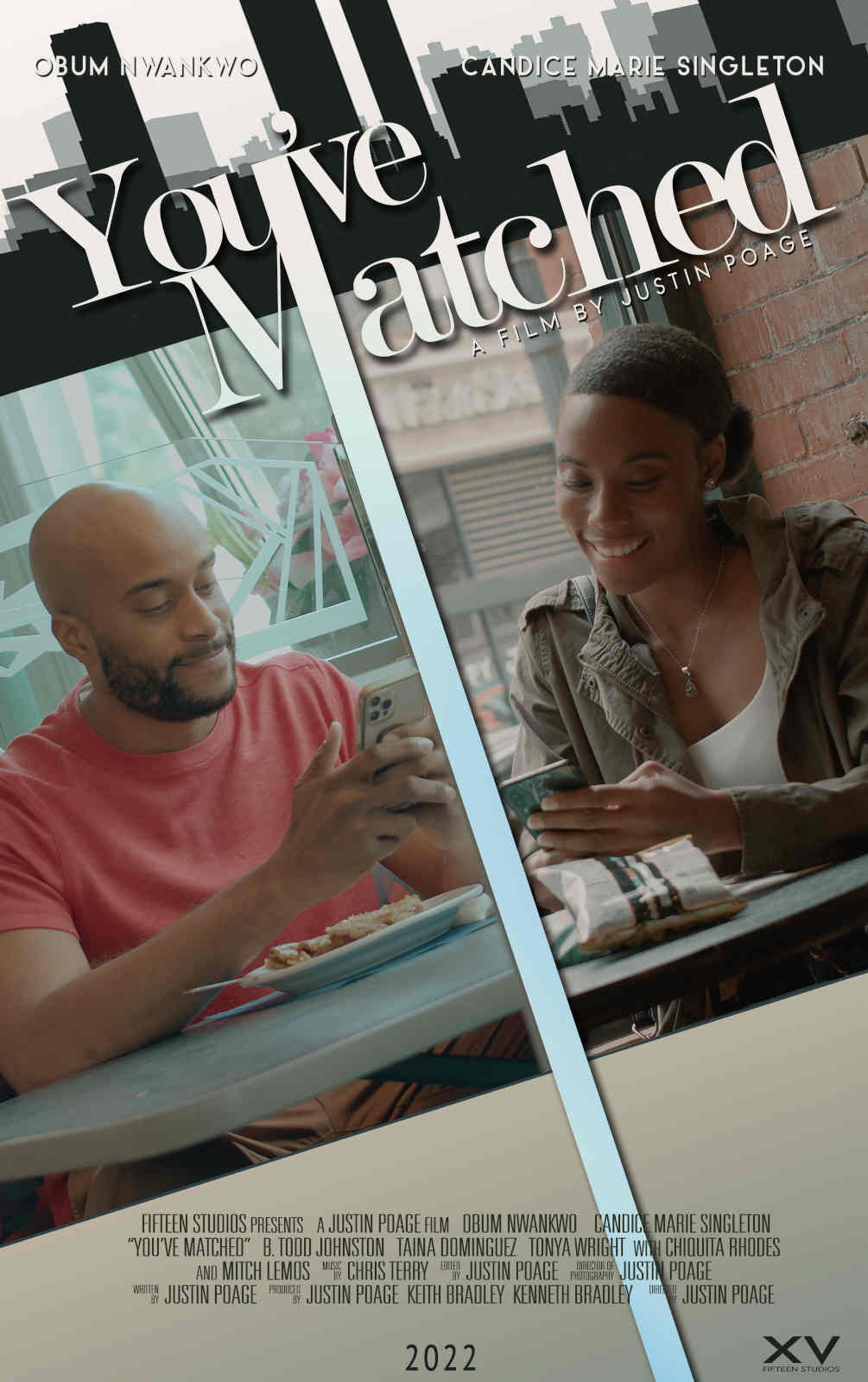 As a writer and director, do you encourage improvisation on the set or do you prefer to have actors stick to the script?

Filmmaking is a team sport. And while yes I do prefer when my actors stick to what’s written, I also encourage them to make the character their own. So when we’re breaking things down if an actor feels the character would be better served by saying this instead of that, as long as it’s in the confines of the vision I’m all for it.

Do you find that being the editor of your own films allows you to maintain more control over the final product?

Absolutely. But in reality it makes the overall process easier. Because knowing that I’m going to be editing what I’m shooting allows me to know which shots work and which don’t; making the editing process faster. It also allows me to not overshoot. I’ve already edited the film in my head before we even call action.

Filmmakers can often be their own worst critic. Do you ever go back and watch your earlier films?

All the time. Just last week actually. But then again who doesn’t, right? Looking at what we did just earlier this year can help us make what we’re about to do better. But also, it’s fun to watch how bad some things were and have a good laugh at your own expense. 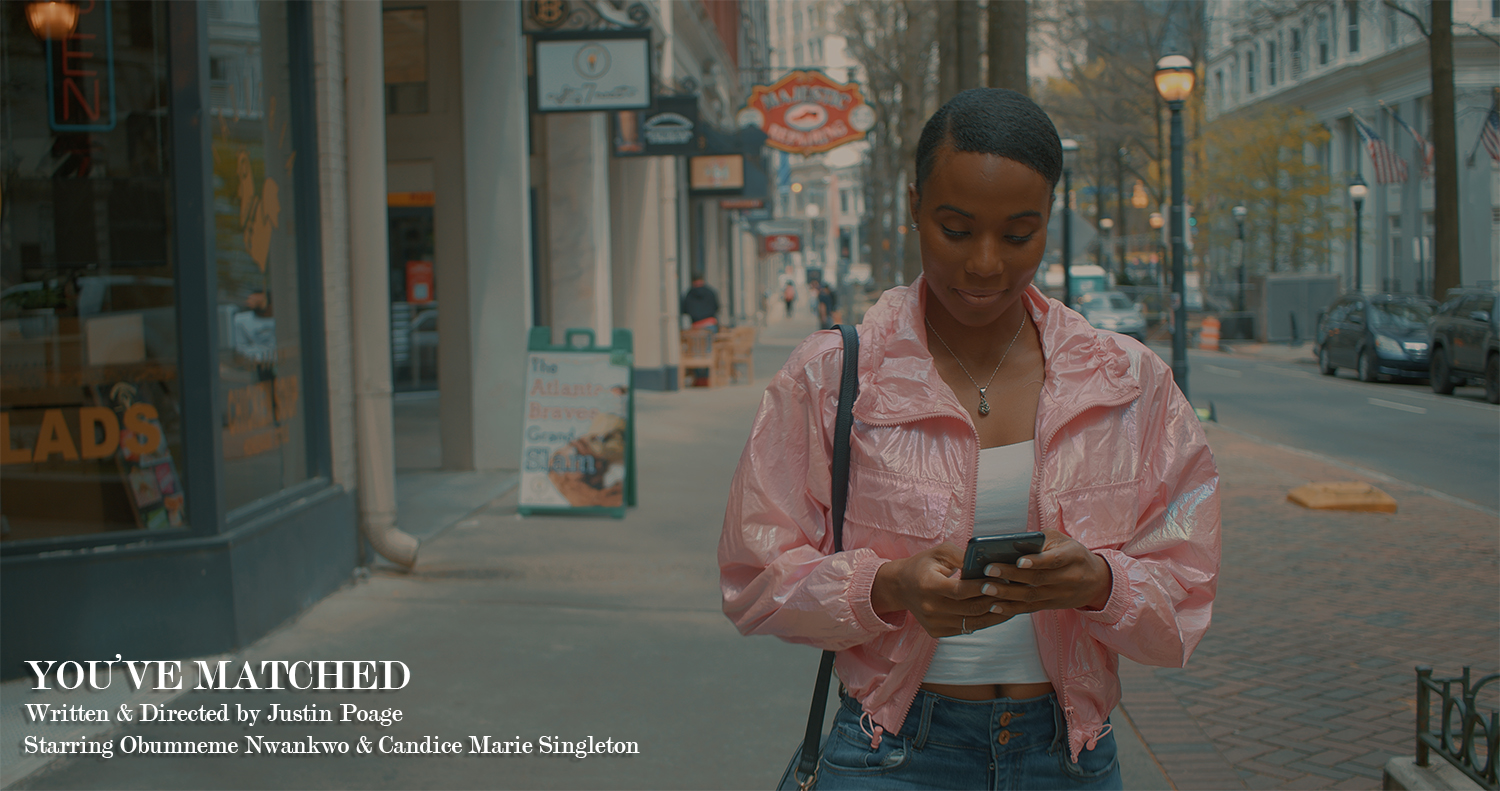 What is the biggest thing you want audiences to take away from You’ve Matched?

That’s even though times suck right now it’s okay to laugh and love. And also to know that all great loves don’t happen traditionally. Sometimes the love of your life is someone you see every day, maybe it’s that coworker you hate…

That I’ve been able to stay me throughout this entire journey.

What about your biggest professional failure? What did you learn?

My biggest failure is after leaving college instead of moving to New York or Los Angeles I came home to Atlanta to become an independent filmmaker. But that’s also been my biggest success. The thing about independent filmmaking is while yes, you do get to make your projects your way, at the end of the day, you’re still just like your movies: independent. Sometimes I think what things would have been like if I had gone and started from the bottom as a PA, where I could be now; but then I think of the things I’ve accomplished and the people I’ve met along the way doing it my way, and I wouldn’t change that for anything. 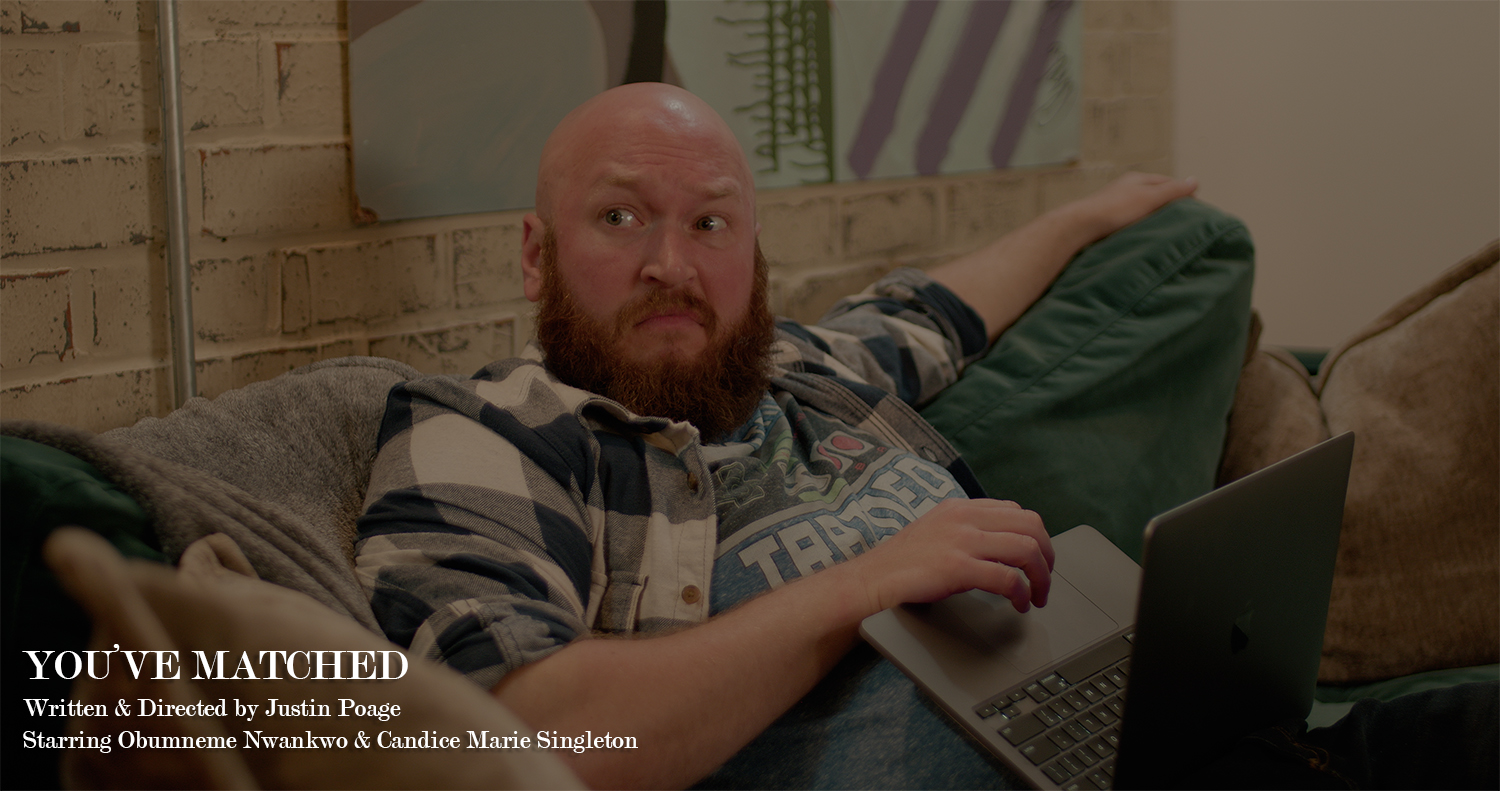 We have a very busy Q3 and 4 coming up. Too much to talk about but I also don’t want to so I don’t jinx it. Sorry.

Do the work. Listen, appreciate, learn to play like yourself, and then do the work.

Bad Boys. 1995. And for a few reasons. Beverly Hills Cop III had just come out the year before so we knew there could be a black action hero seeing as Eddie [Murphy] had done it several times before. But the BHC movies weren’t action first movies, they were comedy first movies. Same with Danny Glover and the Lethal Weapon films. But when Bad Boys came out not only did you have the two funniest men in comedy at the helm but you had them kicking ass and taking names.

Naturally it was going to be funny because its Martin [Lawrence] and Will [Smith] but the movie never treated the comedy as a cover for a bad action film. Bad Boys is the perfect action movie and the perfect comedy movie rolled into one. No one has even come close to topping it. 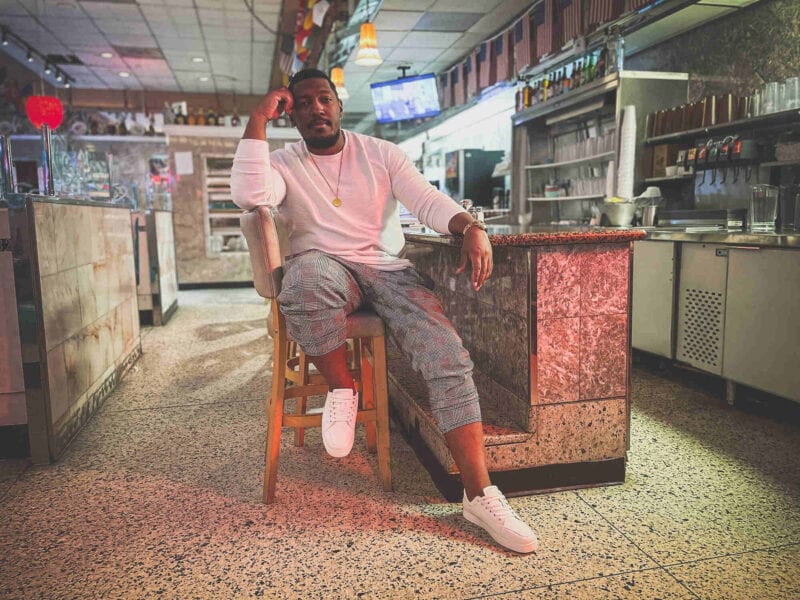