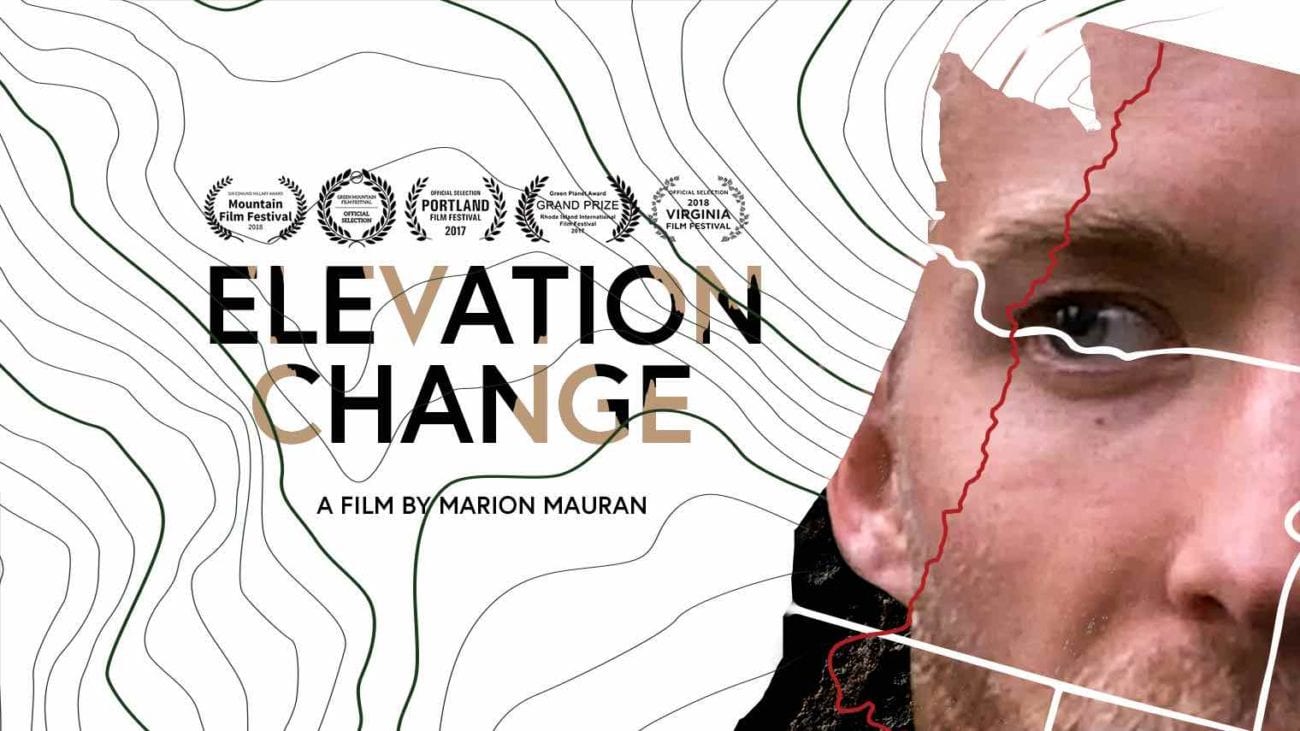 In 2013, Marion helped produce Sam Fleischner’s Tribeca Special Jury-winner Stand Clear of the Closing Doors, which was named as one of the New York Times’s Best Movies of 2014. 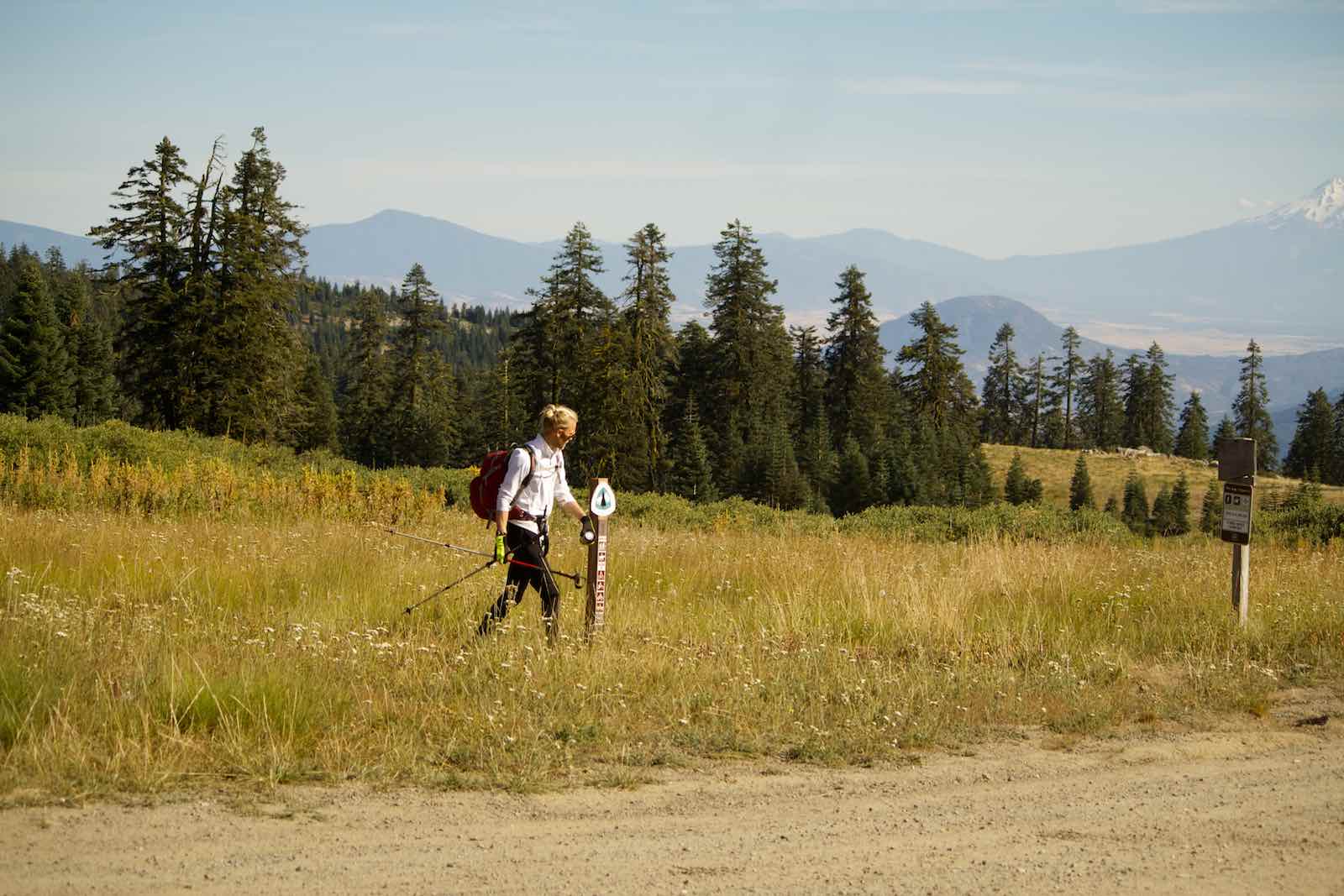 Elevation Change is a documentary which tells the tale of a 24-year-old’s mission to break the trail’s speed record. The story follows Sam Fox as he tries to best the Pacific Crest Trail, which connects Canada to Mexico via one continuous footpath 2,650 grueling miles in length.

Fox’s goal is to hike the trail in 60 days, averaging 44 miles per day, to raise $250,000 for Parkinson’s research in honor of his mother, Lucy. Though confident in his ability to reach his goals, Sam’s plan begins to fall apart when he injures his ankle after only one week. Meanwhile, legendary speed-hiker Scott Williamson, already 17 days ahead of Sam on the trail, is also attempting a new record, but for very different reasons.

Elevation Change shows these two men traveling on their own journeys along this epic trail. As their parallel stories intertwine, we discover it’s not always winning or losing, but getting there that counts.

We were delighted to sit down with visionary documentarian Marion Mauran and talk Elevation Change and her creative career. 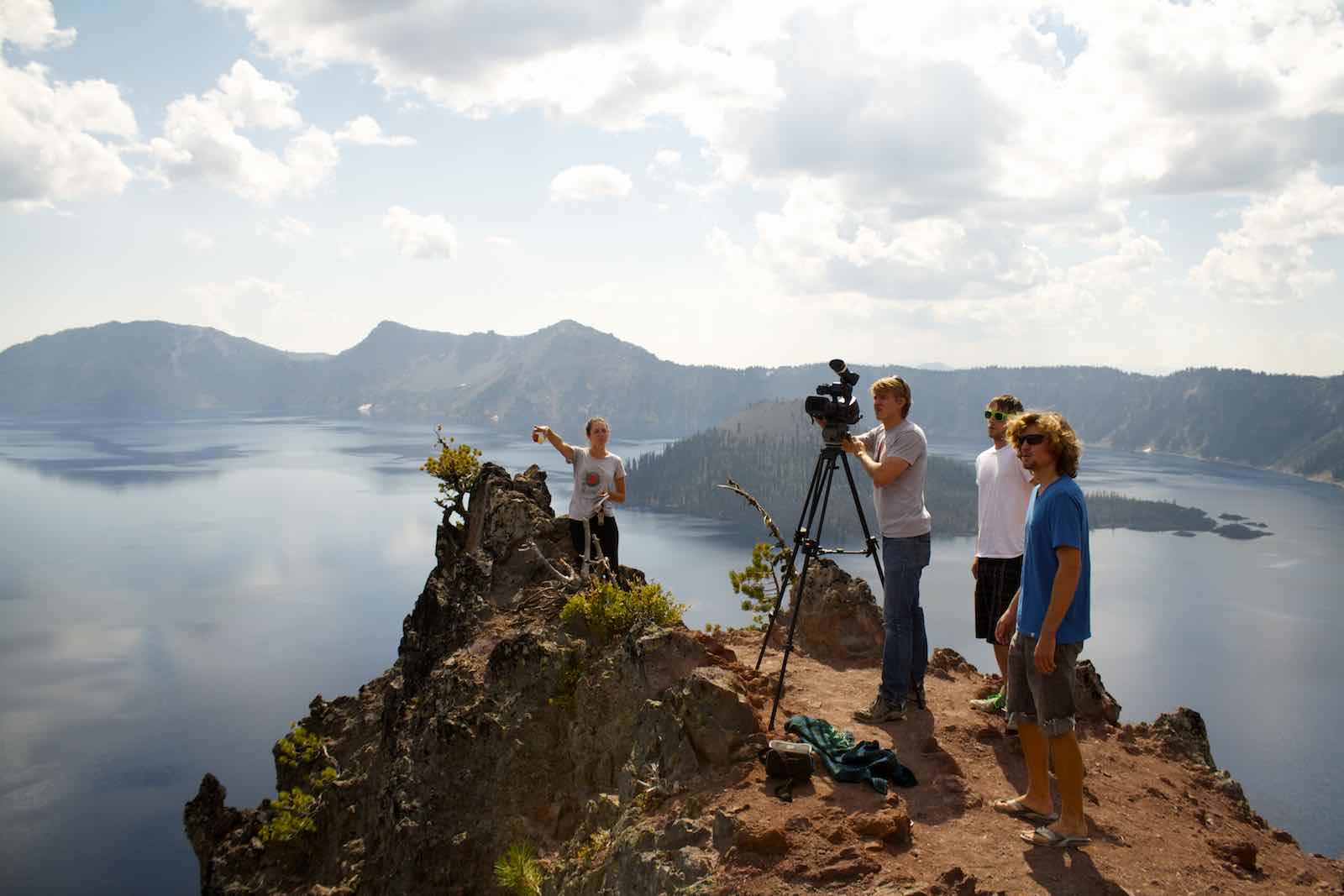 As a kid, I loved writing short stories, doing impressions, putting on plays and making videos with my friends. Instinctively I always knew I wanted to do something creative, but I was never very focused on a particular career path. That changed after my junior year of college.

I spent the summer in New York and interned for the Film Sales Company and SeeThink Films, a production company in Williamsburg. The guys at SeeThink were great because they insisted that their interns each make a short film. They loaned me a camera and lighting equipment and said “Go home this weekend and make something!” It was so much fun and just felt like something I intuitively understood.

After college, I moved out to Los Angeles and worked as a development intern, reading scripts for Phoenix Pictures and HeyDay Films. It was amazing to be in the offices where ideas for movies are hatched, but after a while I knew I really wanted to be on set and started looking for jobs as a production assistant.

As a PA, I worked on films, commercials, web series — just about anywhere I could. About a year later, I met Sam Fox and started making Elevation Change.

What 5 TV shows do you think everyone should watch this year?

How was working on Elevation Change? What did you learn from the experience?

I didn’t go to film school, so making Elevation Change was my education. It taught me everything from budgeting to the art of interviewing a subject.

Production on the Pacific Crest Trail was an experience in and of itself. Our crew of five lived in an RV while we filmed Sam on the trail, essentially road-tripping from Canada to Mexico over the course of two months. It was truly an adventure.

Post-production was a much different story and played out in fits and starts over the course of seven years. It taught me the importance of perseverance. Persistence really does pay off! 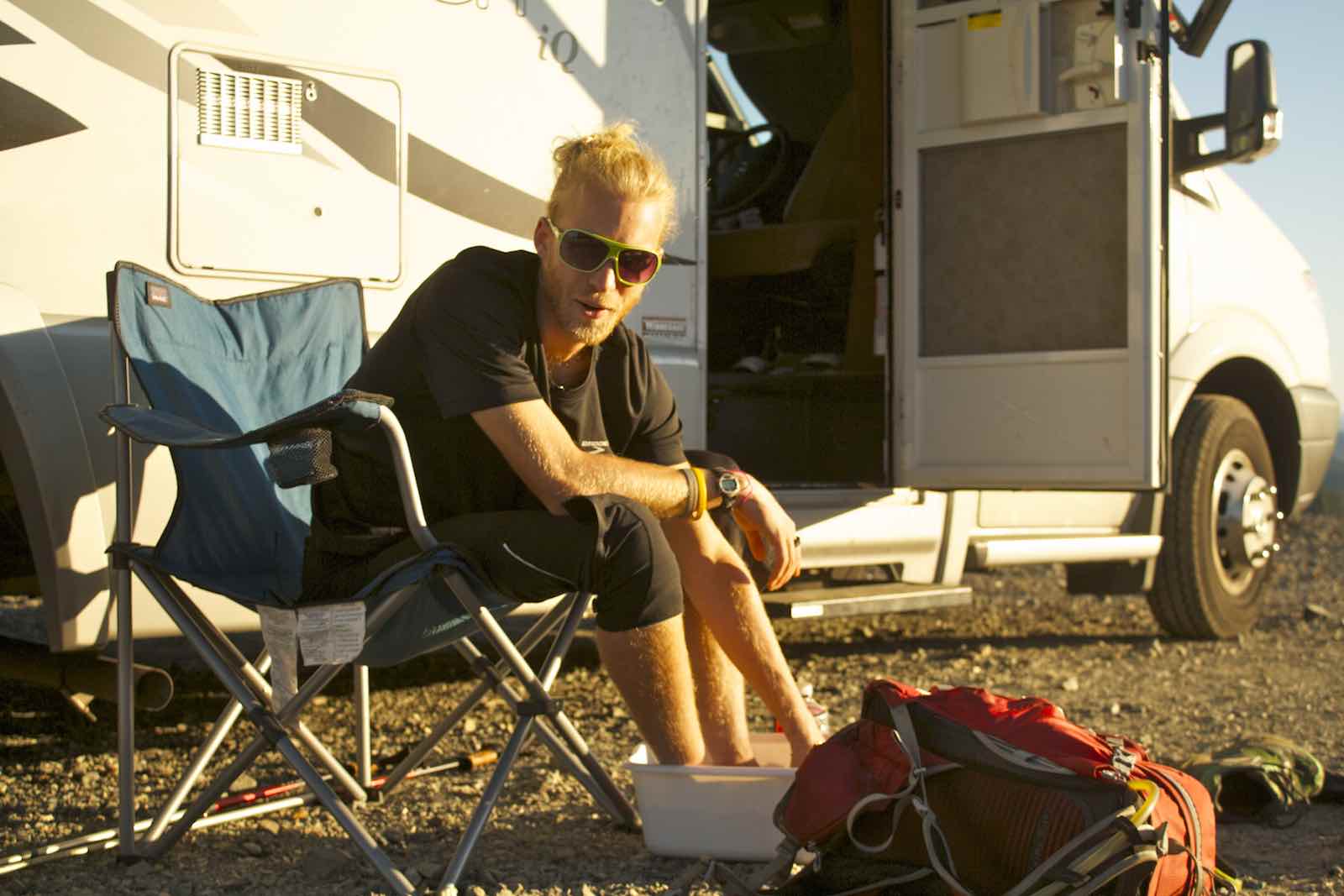 Briefly, after I graduated from college, I lived in Nashville and flirted with the idea of becoming a singer-songwriter. But after about three months I realized that stage-fright was going to be a problem for me . . . so I decided to pursue film instead and moved to Los Angeles.

Where did the concept come from for Elevation Change?

The original concept for the film was very different from what it ended up being. At the outset, I had a very fixed idea in my head about why Sam Fox would want to run the Pacific Crest Trail in 60 days and what it said about his relationship with his mother and her struggle with Parkinson’s disease.

Over the course of filming, however, my assumptions went out the window and so the story developed organically out of what happened on the trail and the material we shot.

Much of Elevation Change was inspired by the music of Brian Eno, especially the Apollo album.

I draw a lot of inspiration from music. I love to go for a drive or a walk and put my headphones in. It seems to unlock my creativity and causes ideas to bubble up. That’s the easy part.

The hard part, for me, is follow-through. After the initial euphoria of inspiration, I start to procrastinate and usually wind up behind on deadlines. So then it’s a combination of panic, guilt, and caffeine-induced frenzy that gets me to the finish line. 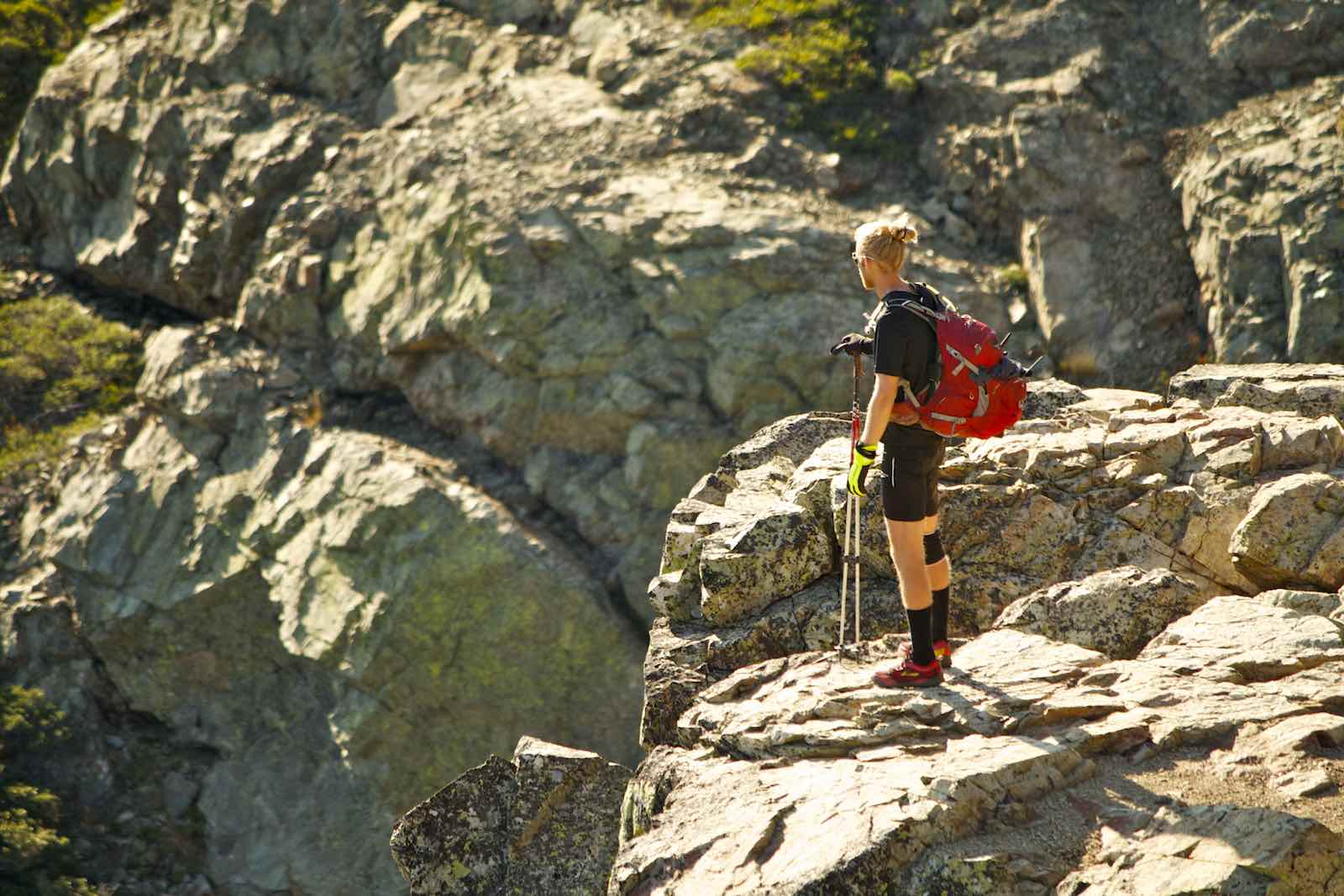 Don’t give up, be kind, don’t take yourself too seriously. YouTube is a great resource. Watch lots of movies.

Finding or creating the perfect piece of music to accompany a scene.

Some days are harder than others, but mostly it feels natural to me. (Probably because I’m a Virgo and therefore a perfectionist control-freak.)

Can I pick four episodes of 30 Rock instead?

I’m working on a short film about my great uncle, who was a very talented painter.

I’ve had a couple of mentors and I’ve leaned heavily on their guidance. It wasn’t a conscious thing but just developed naturally out of working together and mutual trust. I’m not sure what the secret to finding them is, but it probably has to do with finding that balance between being polite and pushy. 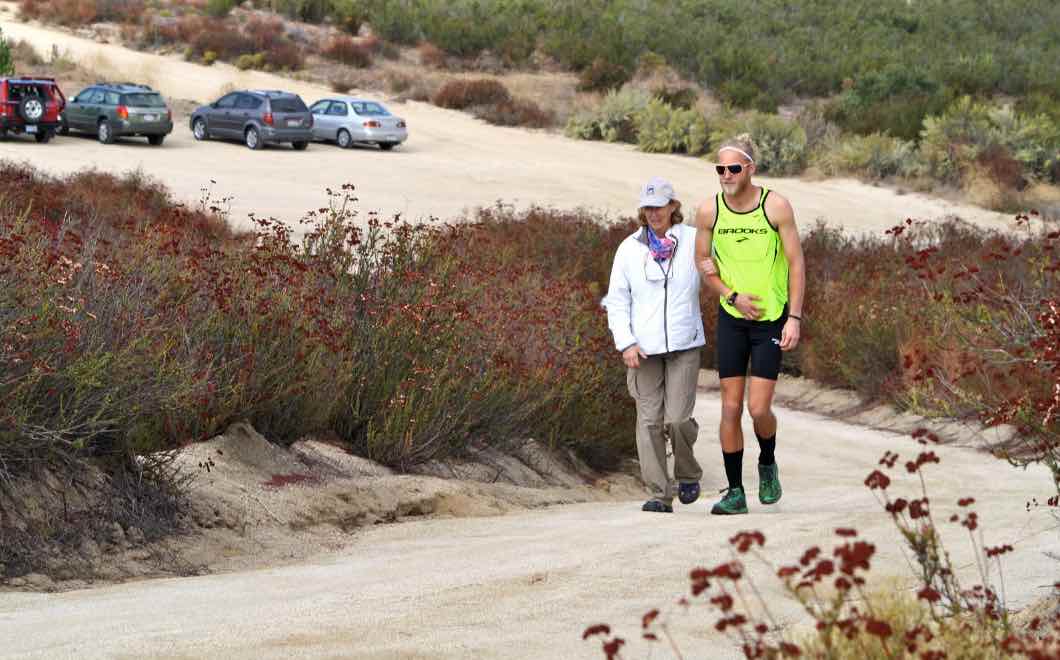 What’s been your biggest failure?

A lot of things have felt like failures at the time, but in hindsight were just important lessons I needed to learn. A perfect example is trying to get into a film festival. I submitted Elevation Change to 41 film festivals over four years before it got into one.

Each time it got rejected it felt like a massive failure. But I always asked for feedback and was fortunate to receive some really helpful notes. Using that feedback, I’d go back to the edit, work on it a little more, and try again.

When it was finally accepted at the Rhode Island International Film Festival, I knew it was because the film was ready. All those rejections had just been part of the process.

Having great friends. (Very important when you feel like you’re failing.)

I think my mission is to do for viewers what movies do for me: feel, dream, be transported.

Since age 11, my favorite film has been Rocky. Partly, that is because I had (and still have) a massive crush on Sylvester Stallone. Mostly, however, it’s because at that time in my life I was lonely and felt like a bit of an underdog. It’s funny to think that I related so strongly to Rocky and Adrian, but as Roger Ebert said, movies are empathy machines.

It also taught me that movies can be works of art. (Seriously, every frame looks like a painting.)

Keep up to date with everything Elevation Change here and on Twitter. 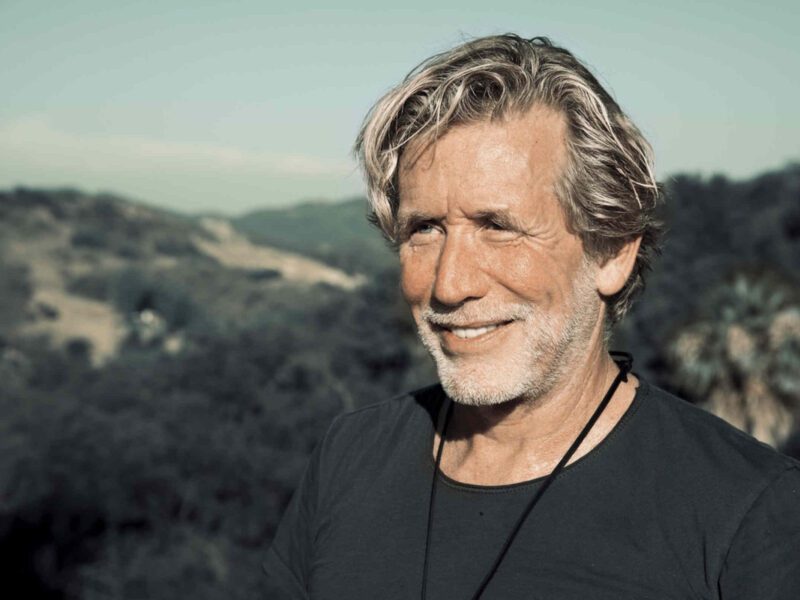 Bringing the world of The Quest to life: A conversation with Mark Kohl