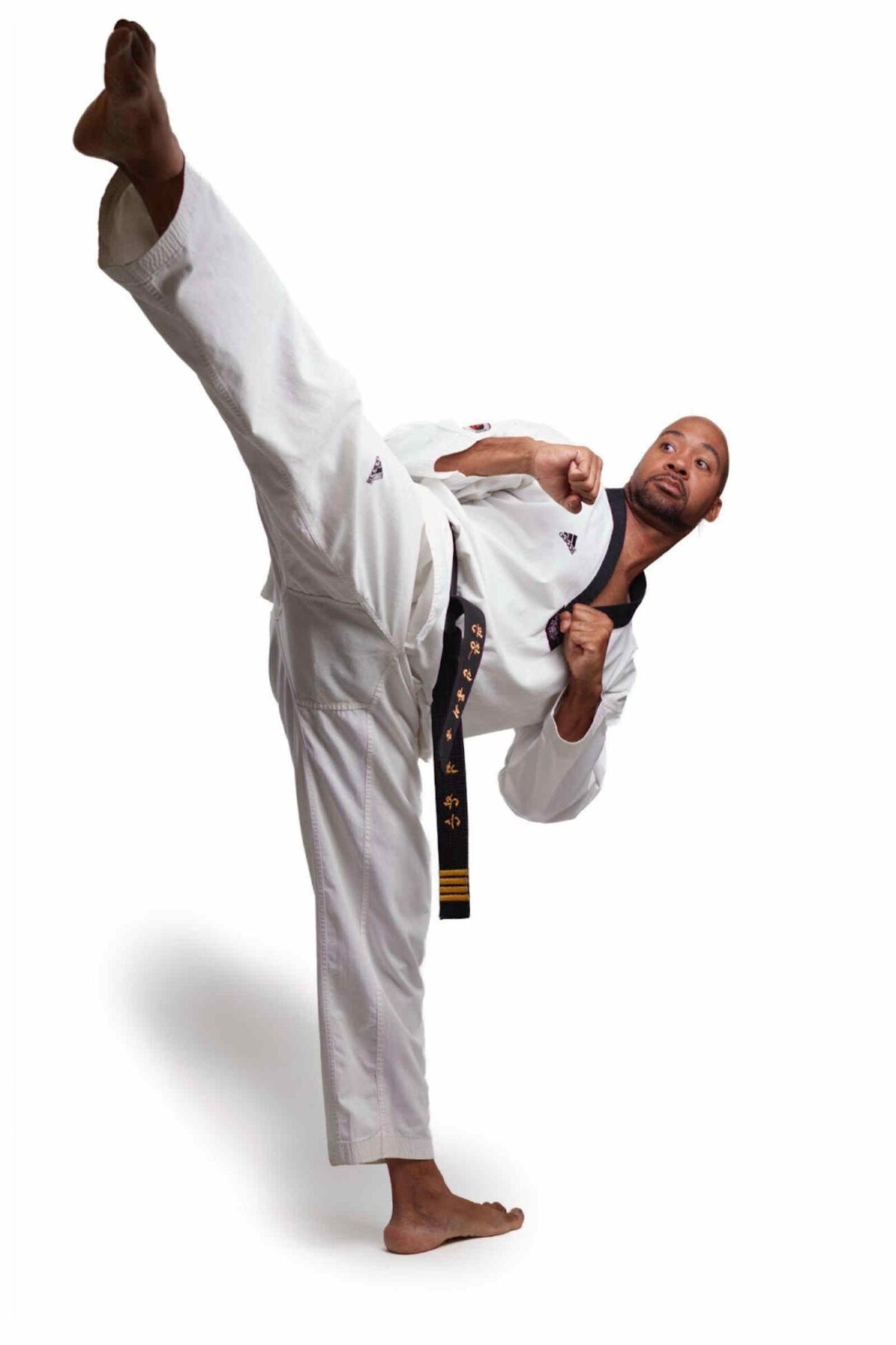 Have you heard of “Japan’s First Black Stuntman?” If not, let me introduce you to Chuck Johnson. This martial arts master and expert stunt person has been making waves overseas for almost 20 years, but he is not done yet. He is expanding his already impressive brand and stepping into the role of visionary filmmaker. His film production company, Quiet Flame Films, is already making waves in the industry with socially conscious action movies.

With his many talents, it is easy to see why Chuck Johnson has become so successful in the entertainment industry. But he is much more than just an entertainer; he is also a teacher, mentor, and philanthropist. And when you speak with him, you really get an idea of how much he cares about sharing his knowledge and expertise with others as well as giving back to his community. So, let’s take a deeper dive into Chuck Johnson’s fascinating world. 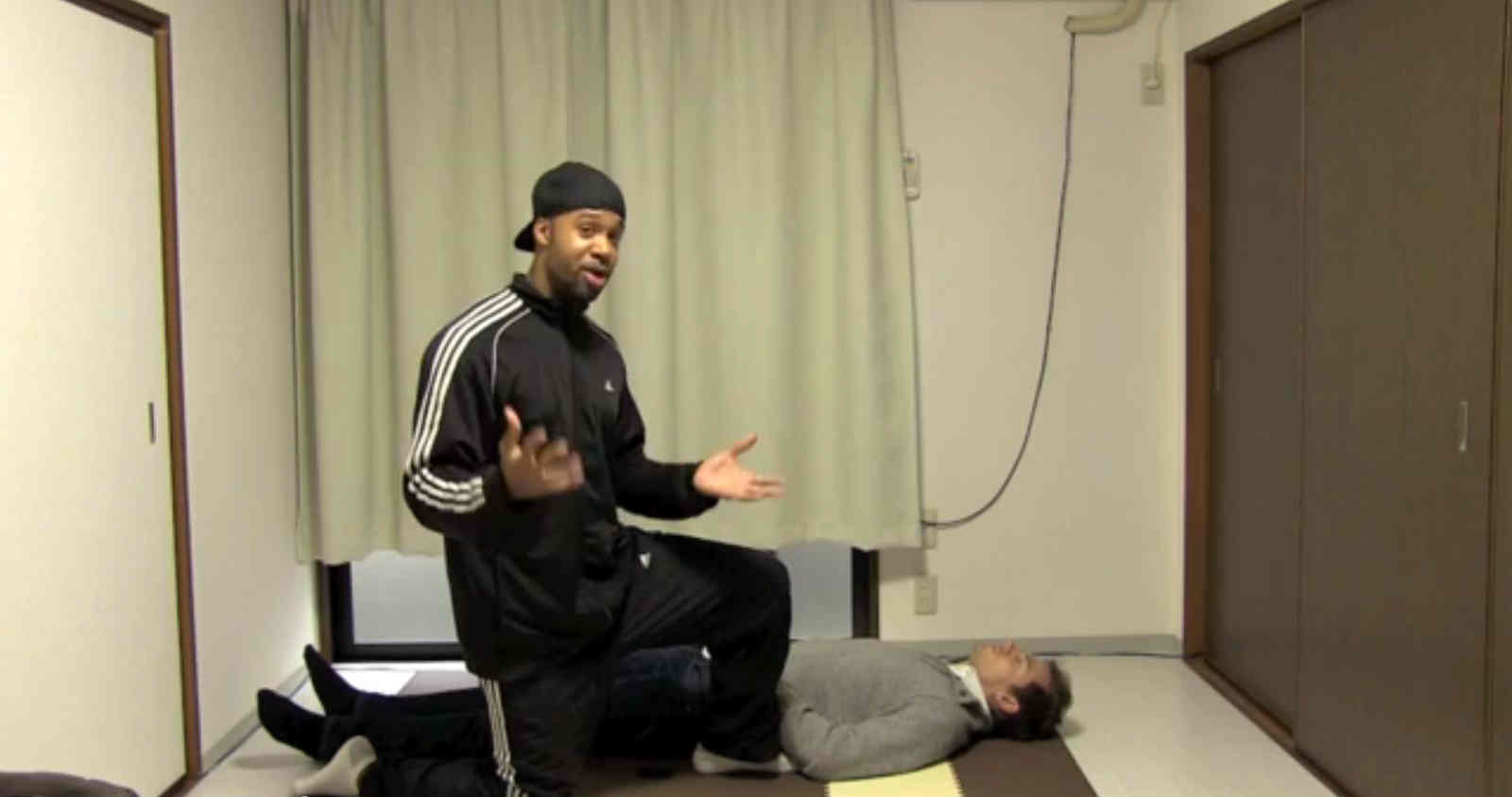 Chuck was born on October 25,1978, in Detroit, Michigan. Growing up in Detroit would be challenging for any young child, and Chuck was no exception. Bullies were something that Chuck often dealt with. When the bullying became too much, he found a new passion and life in martial arts. He eventually became obsessed with Taekwondo and even became a Junior Olympic state champion as a teenager.

But as a young man, he did not solely focus on martial arts; education was equally important. Chuck graduated from Michigan State University with honors, studied business management and leadership at the Hong Kong University of Science & Technology and Asian economics and Korean language at Yonsei University in Seoul, Korea.

After graduating from multiple prestigious universities, Chuck moved to Japan to study Taekwondo and improve his martial arts skills. Soon, Chuck found himself with various jobs in Japan that included bodyguard, actor, and stripper. After gaining his footing in Japan, he decided to take charge of his life and open his own dojo called Quiet Flame. 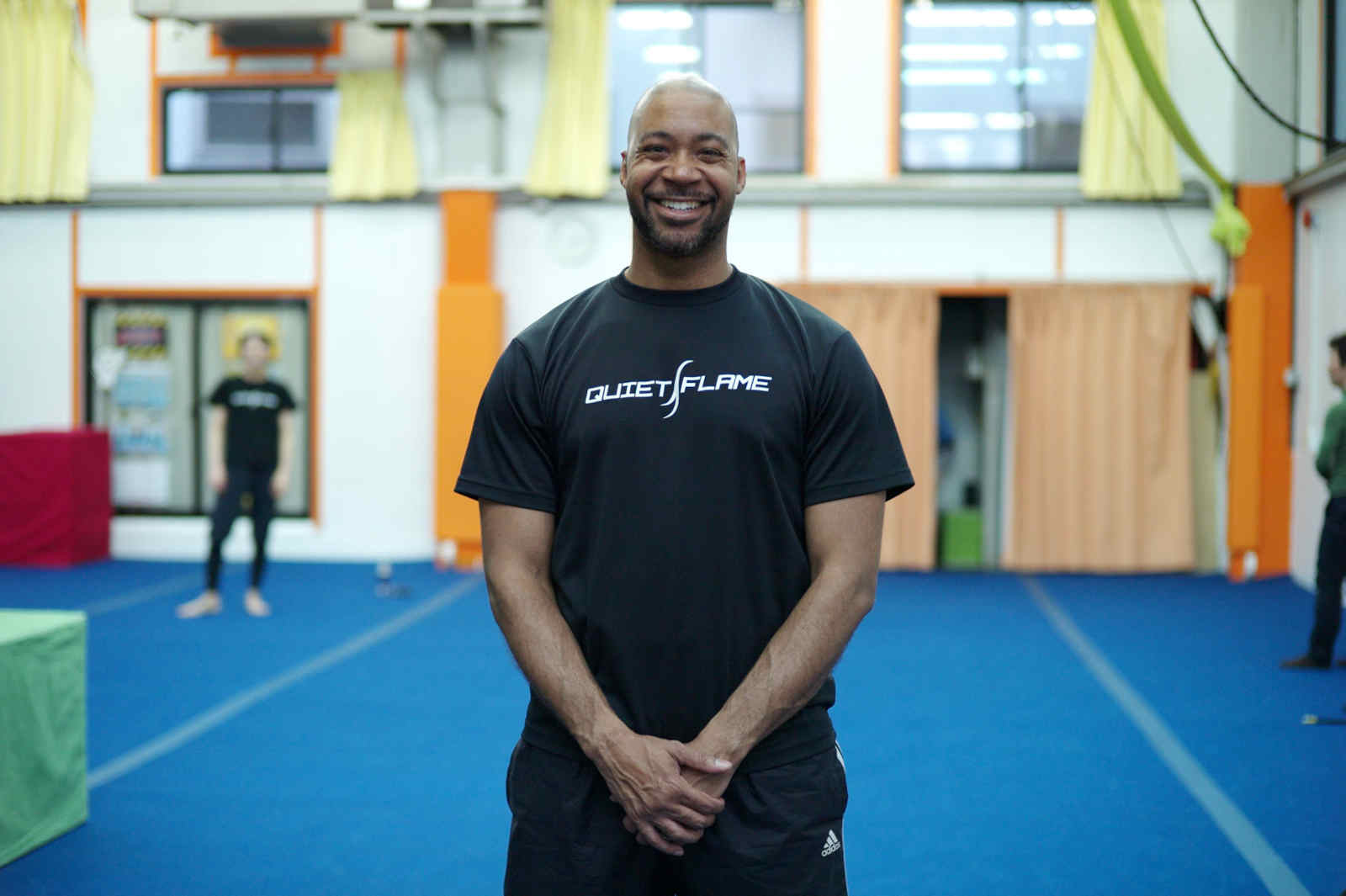 It has become famous for doubling as a dojo and stunt training facility. The success of Quiet Flame opened many doors and Chuck would go on to act and do stunts in various Japanese films and would later earn the title “Japan’s First Black Stuntman.” These experiences influenced his vision as a director and led him to create his own lane in film production. 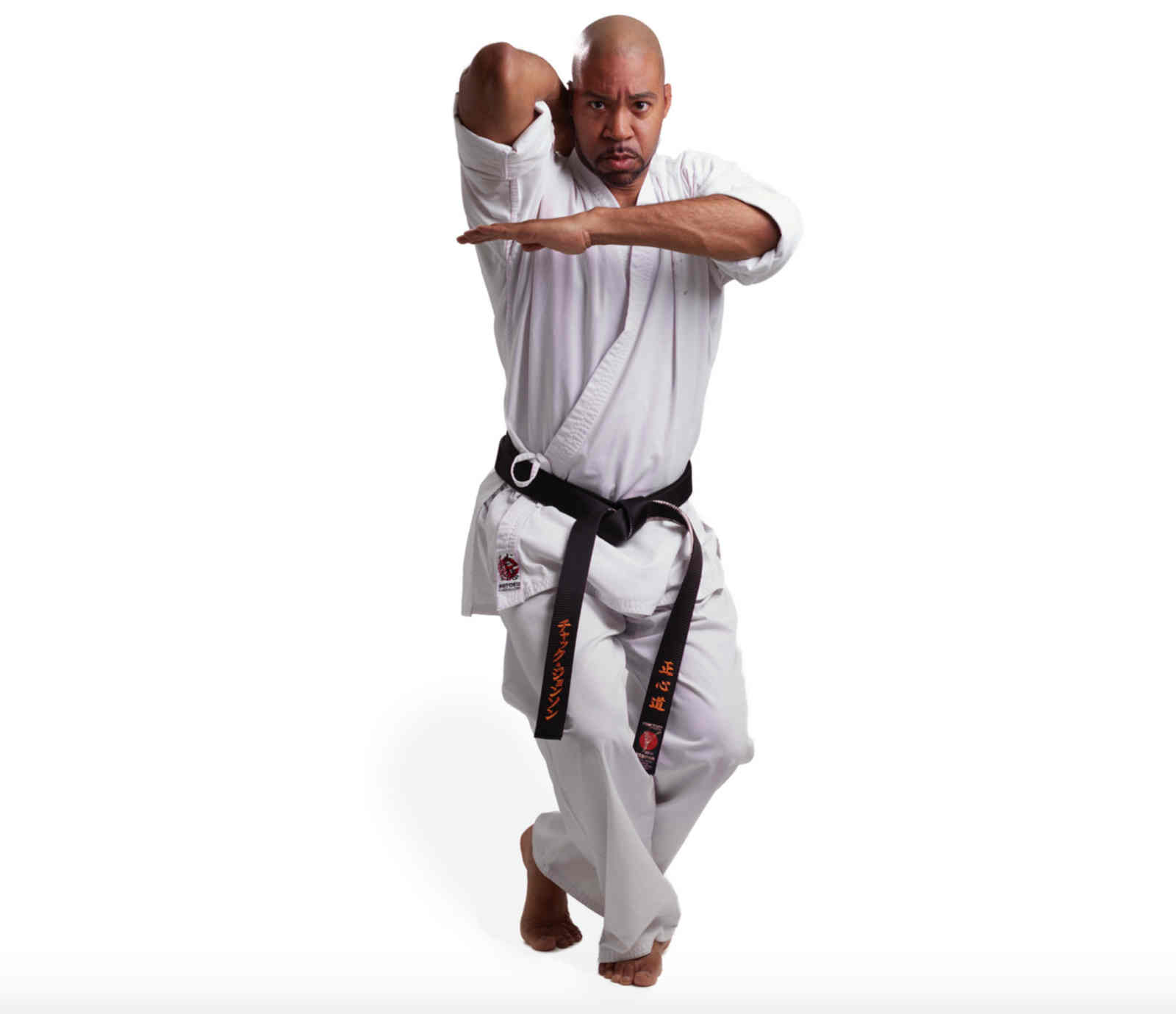 Success as a Filmmaker

After building a strong following on YouTube, Chuck wrote and directed his critically-acclaimed short film, Fists of Absinthe. It is the story of a samurai-obsessed black man who drinks absinthe and has to protect his Adidas from ninjas. Amid all the action and comedy is an underlying message about mental health and how it needs to be addressed in America and all over the world. The script was so well-received, that Adidas decided to sponsor the production.

The movie was even highlighted at the “Urban Action Showcase Film Festival” in New York and won a nationwide distribution deal in Japan, despite only being a short film. Fists of Absinthe can now be found on Youtube and Amazon Prime. The success of the short only motivated Chuck to work harder and get better as a filmmaker. Now, Chuck is taking his filmmaking to the next level with a new, gritty action-drama called Eastbound Traffic.

When Chuck first landed in Japan, he had no idea that his experiences would lead him to make a film like Eastbound Traffic. His first couple of jobs were as a bodyguard and stunt instructor, but he needed a way to make some extra money at night. So, a friend of his told him about an opportunity to become a stripper. 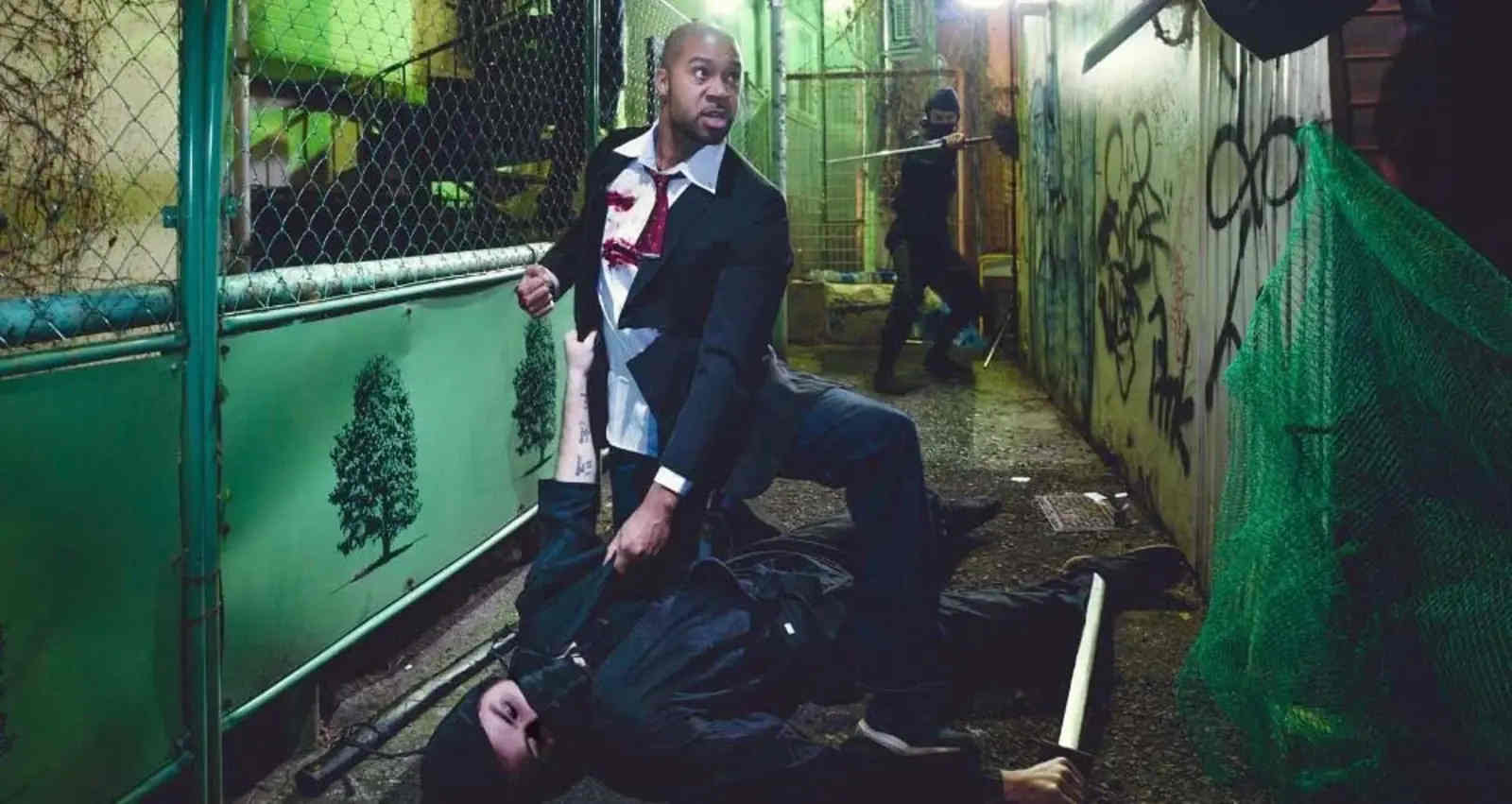 During his time working at the Japanese strip club, Chuck began to notice things: women with marks and bruises, shady behavior, unfair, sometimes illegal treatment, and the disappearance of multiple female dancers. “One of the most sinister things that would happen is someone would take their passport and pretend like they would hold on to it, but they would never give it back.

They‘d say they were processing the woman’s visa but they would just hold it until it expired. That would make them illegal and force them to continue working in the club. Either that or go to a Japanese jail, which none of them wanted.” This was all very alarming to Chuck and he soon realized that this sort of behavior had become normalized in that environment. So, Chuck vowed to tell the stories of the women if he ever got into a position to do so.

The writing of this story, in Chuck’s opinion, could not be a sole effort on his part. He knew that his experience would not be enough to show the full scope of human trafficking, so he decided to include the experiences of his trans friend and an actress he knows. Eastbound Traffic is the story of a Russian woman searching for her younger sister in Tokyo after her sister disappears under mysterious circumstances. 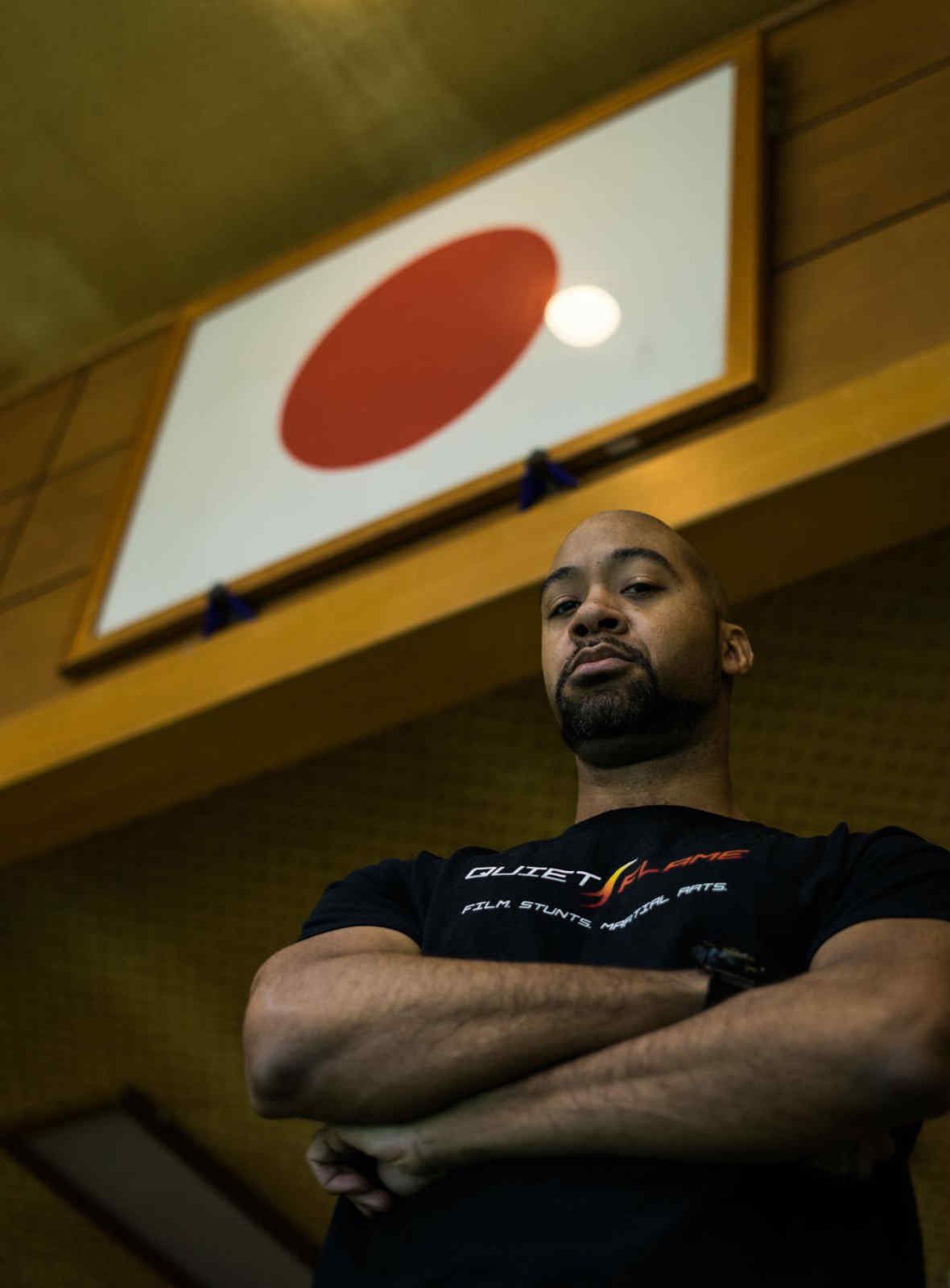 Chuck hopes to bring awareness to human trafficking and start a discussion on how to fight against the sex trade. And that is the point of Chuck’s pursuits as a film director: to make action films that are “intelligent and socially conscious.” Chuck stated, “I want to create films that have a positive social impact but in the context of really cool action where things are getting blown up all the time. Because everybody loves action films, right?” The much-anticipated movie is slated to start shooting this fall.

Even with the success of his filmmaking career, Chuck still has a desire to mentor his community by sharing his prowess with anyone who is willing to learn and get better at their craft. He plans to start the innovative International Action Actors Training Program that will focus on dramatic acting and stunt training. This initiative is extremely important to Chuck because he believes that every stunt actor should strive for excellence and master both stunts and dramatic acting.