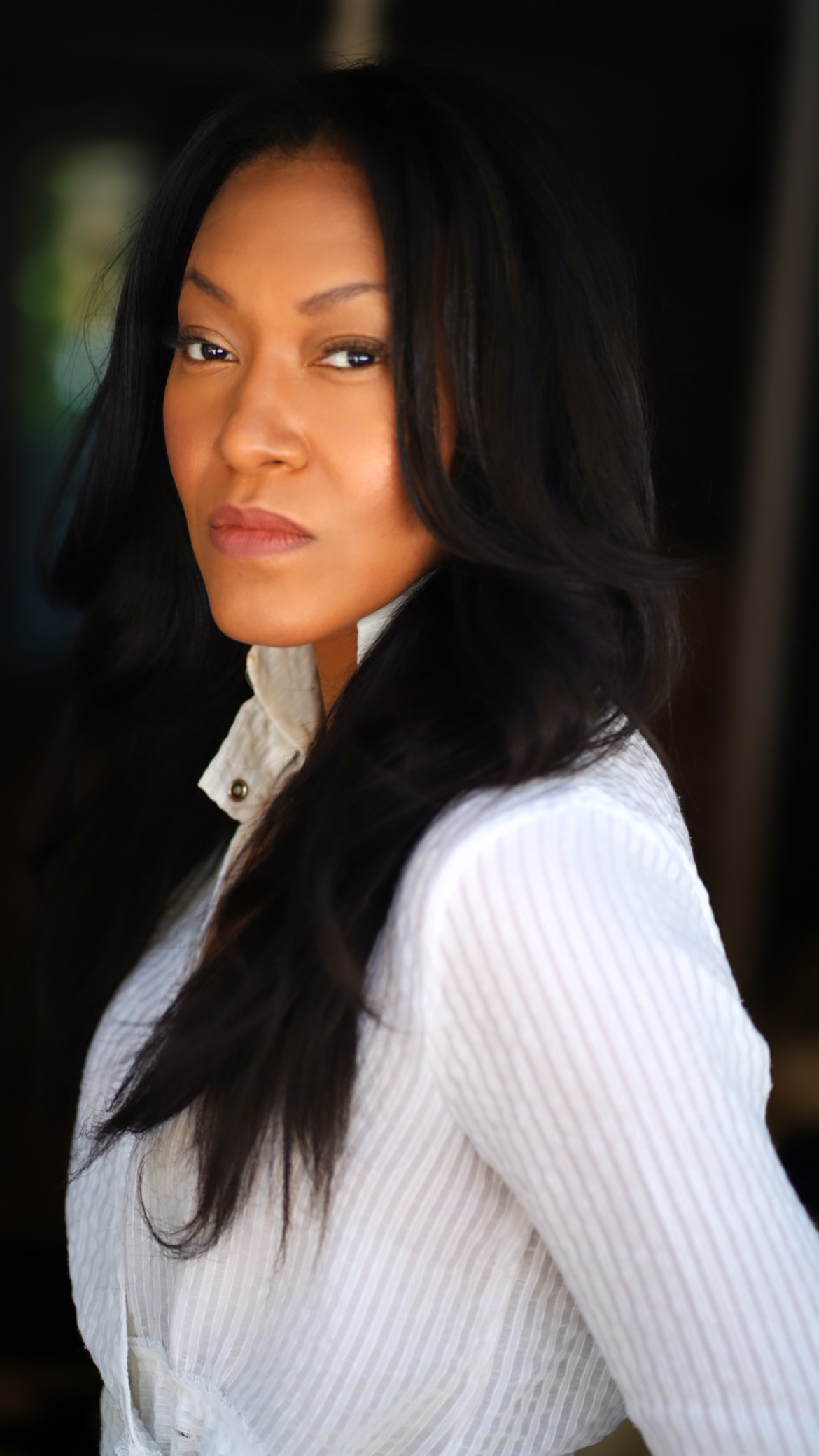 Cheri Moon is a Grammy-nominated musician who’s using her platform to spread a message of solidarity, love, and togetherness. Her song “Ain’t I a Woman” is an invigorating anthem of womanhood. Moon’s work with One Tribe Collective, where she performs under the name Snooknuk, was nominated for Best Children’s Music Album at the 2022 Grammy Awards. Listen to “We Are All the Same” to get a sense of how impactful her music is.

Cheri Moon is one of those artists who’s committed to bigger things than herself, and it shows in her work. We were thrilled for the opportunity to speak with her about music & life.

What first made you decide that you wanted to be a musician?

Music was always my life even as a child.  My family was heavily into music starting with Gospel, Soul, Blues. I sang around the house, I competed in talent shows at school, I sang in church choirs, I just didn’t stop :-)

Who are some of your biggest musical influences?

You perform children’s music under the name Snooknuk. Can you tell us what got you interested in writing music for children?

I was inspired to write my children’s music because I would make up songs to teach my kids basic hygiene, life lessons, and pretty much anything I wanted them to learn.  It’s easier for things to stick if it’s in song form especially if it’s catchy.  I was already experienced at writing pop songs and jingles, so it kind of just flowed.  I didn’t realize I was going to make it into a whole project until I realized that my kids were singing these songs and all the challenging moments like brushing teeth, sharing, potty training, eating veggies, etc were becoming less challenging and we were actually having fun using the music to get through the day.  As they got older, I wrote more about the school, friendship, listening, beauty of differences, and more.  It helps kids to be more mindful and teaches social awareness. Suddenly I had full catalogs that tailored a day in a life with your child from the baby stage to toddler to school-aged.  Mothers and other caretakers literally use these songs as tools for child development.

How did you decide on your stage name?

Snooknuk was a natural choice for me to call myself a Children’s Music Artist. It was the nickname I called my daughters when they were babies, a term of endearment and they were my inspiration for writing all the songs so it just made sense.

Your work with One Tribe Collective earned a nomination for Best Children’s Album at the Grammys. How did that feel for you as an artist?

The Grammy nomination with One Tribe Collective feels incredible. I’m really happy to be nominated for a project with a purpose.  We all set out to help create change with our songs.  They’re a collection of Positive messages and affirmations for kids and families around the world, including topics such as STEM, family, diversity, unity, vaccinations & more. It’s wonderful that these messages will now get the exposure it deserves and hopefully reach many little hearts.

Why do you think the message of “We Are All the Same” is so important right now?

“We’re All The Same” is really important because it breaks down the differences that we as people may have come from a different culture or background and is a celebration of these differences. We are witnessing so many injustices and lots of discrimination in the world right now. STILL…If children can learn and understand at a young age that our differences are what makes us unique and we’re all human beings, this would help future generations. We could have less racism & discrimination and more empathy & humanity.

Do you think kids have an easier time really taking that message in than adults do?

Children aren’t born racist, these things are taught or influenced. I think most kids would naturally embrace it. Most adults are unfortunately set in their ways or beliefs so it can be challenging at that stage to teach an old pony new tricks.

Last April you performed at Kukuza Fest: A Salute to Black Women in Family Music. How did you come to be involved in the festival?

I was approached by Uncle Devin, Host of WeeNation Radio to be one of the female performers. I’d been fortunate enough to see the show the previous year and was impressed by the talent so I definitely wanted to be part of it. Really happy I got to be in it the year they were saluting Black Women in Family Music.

What was the best part of that experience for you?

The best part of the Kukuza Fest was being amongst so many talented female artists. It was a time of discovery for me because I was clueless about the amazing black female artists that exist in the family music space. I’d only seen maybe a couple over the last few years and then of course I knew Ella Jenkins (named “The First Lady of Children’s Folk Song”, so I was quite shocked!

Your song “Ain’t I A Woman” is phenomenal. Can you walk us through your creative process with it?

“Ain’t I A Woman” is an Inspirational Women’s Anthem that I wrote to inspire women & girls around the world to continue to fight for what they want in their lives and also celebrate womanhood and all their accomplishments.  As a kid, I was inspired by the Sojourner Truth speech “Ain’t I A Woman” and it always stuck with me.  I decided to actually take the title of the speech and create an Anthem with a similar call to action for women of today to celebrate their accomplishments but to continue to push forward.   I put together an all-women team to help with the Music video to tell a story. The director Sophie De Pegrum was already devoted to telling women’s stories around the world through her documentaries and films so that was a perfect fit.  Working together as a team brought amazing energy, something I wanted to share with the world!  Since I’ve released the song and video, I received many messages from women about how this has encouraged them. It makes them feel they can do anything!

Have the past couple of years of pandemic life changed your music writing process in any way?

The pandemic has actually shown us artists that we can still be creative and get stuff done.  That is one thing I did resort to more was writing and putting together projects together to try and block out all the craziness with Covid.  I mean look everyone I collaborated with for the “All One Tribe” album was done virtually.  Thank goodness for technology, we zoomed, we face-timed, transferred music files with instruments and vocals, and got a whole album done and nominated for a Grammy! Couldn’t be more productive than that!

It’s been difficult to get people together for musical performances in recent years. Kukuza Fest was held virtually. Do you think virtual festivals will happen more often, or even become the norm, in the future?

It was very sad when live performances were canceled for sure. Thankfully, we managed to pull off a very successful virtual festival with Kukuza fest. I think people are finding interesting ways to do shows and performances virtually even on platforms where you can create avatars etc. which is cool but I think there’s still something more invigorating with Live in-person shows. The energy of a live audience just can’t be completely replaced or duplicated by a virtual one. I believe live shows will build back up.

In addition to all the musical work you do, you’re also an actor. When did you decide to go down that path?

I started stage acting when I was in high school. I was a theater kid and always loved it. When I moved to NY, I focused more on the music but still did little acting jobs here and there. In the last few years, I’ve been doing more on-camera work which has been great. I’m especially liking some of the roles in movies like Passenger C, by Cassian Elwes that’s a true story about PTSD, and Brainstorms by Julie Pacino about traumatic brain injuries during combat.

What was one of your biggest challenges early in your career, and how did you overcome it?

I think one of my biggest challenges was finding my own voice. I was in a world where people in the industry only wanted to hear a specific sound. I had to realize that though I could sing like that, I had to do it myself.  Doing me is what comes across as authentic and unique to my artistry. I learned to use my voice and that means whatever I think I should sound like for each song.

What would you say has been your biggest success so far?

Honestly just getting to a point where everything I do revolves around music & entertainment. It has taken years to get to this point but I’m here and grateful that this is what I get to do. This is a success in itself. And yes, THE GRAMMY NOMINATION!

Do you have any advice for someone who’s just getting started in their career as a musician?

Can you tell us anything about any of your upcoming projects?

I am working on another Snooknuk album that I’m stoked about.  I’m also working on a Christmas album and got a few film projects in the works as well.

Your career has already been incredibly successful, but what are some of your biggest goals for the future?

I really want to create a show for children whether it’s animated or live-action that is music-driven and still focuses on similar positive messaging as the Snooknuk musical library. I would also love to be in a musical film portraying a story of a female artist. Combining my love of Music and Acting would be amazing!

Share via:
Sponsored Post
Tags
Ain't I a WomanCheri MoonGrammyOne Tribe CollectiveWe Are All the Same
Author 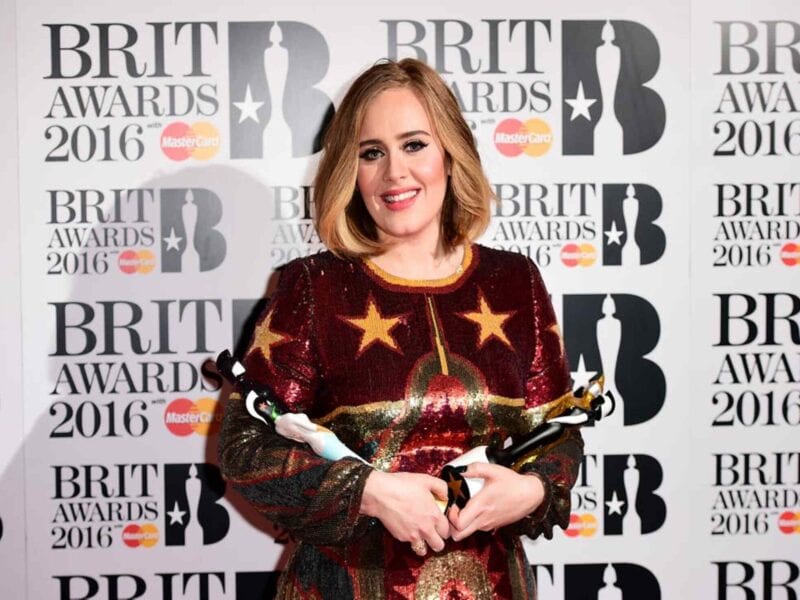 RIP Adele’s father: Was the rift with the singer resolved before his death?