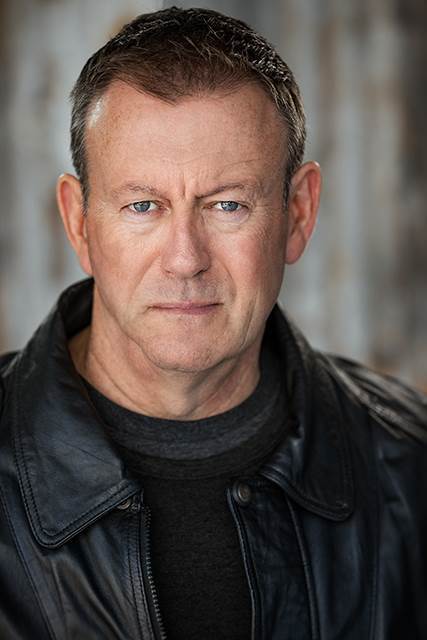 Get to know ‘Where the Crawdads Sing’ star Bill Kelly

If you were in school during the early 2000s, you will immediately recognize actor Bill Kelly’s most recent role as Sheriff Jackson in Where The Crawdads Sing. The legendary novel has finally been adapted into film and the anticipation is reaching a fever pitch all across social media. Kelly is also no stranger to sharing the screen with equally legendary actors, such as Glenn Close and Samuel L. Jackson.

We were lucky enough to snatch a few moments with the star and get some insight into how he took on his role as Jackson, as well as his plans for the future.

I became interested in acting as a senior in high school. Before that, I was pretty shy and kept to a small group of friends. I decided to audition for the senior play to help bring me out of my comfort zone and ended up getting the lead role! Then it was crickets for about 24 years. I had moved the Tallahassee, Florida and got word that the Film school at FSU would be holding open auditions. I did about 30 student films and decided to try getting an agent. And here we are!

That’s a great question! I loved watching older funny films from people like Bob Hope, Bing Crosby, Danny Kaye, and Gene Kelly.  Then, of course, the ‘80s was full of great stars Sissy Spacek, Harrison Ford, Michael Douglas and De Niro. I had a lot of influences that I paid attention to growing up. I think I learned a little from all of them but a lot from some.

You graduated from Eastern Kentucky University. What did you learn from your time there that you’ve been able to apply to your career?

That you can always start over. I went to EKU as an architect major and realized a few semesters into it that I wanted to do something different. That’s when I switched to broadcasting. Never stop learning.

You star in the upcoming film Where the Crawdads Sing. What initially drew you to the character?

I was in the middle of reading the book when I got the audition, so I was familiar with the character through Delia’s incredible writing. I then found out I got the part just as I was starting the final chapter. I think this guy is instinctive about his police work and follows his clues quite well. I just loved his determination.

As an actor, is it important for you to develop a personal connection with the character you’re playing?

It is. Hence the question, “What’s my motivation” we’ve heard played off as comedy in so many shows! Indeed, being able to dig a little deeper into the mind of a character is always helpful.  The book and script are so well written that it gives an actor more of an ability to make the right choices.

How does Sheriff Jackson differ from the characters you’ve played before?

He’s a bulldog. I don’t think I’ve played a character with this kind of determination before.

Where the Crawdads Sing was a best-selling novel before being adapted for the big screen. Did you read the novel prior to shooting the film?

I did!  And it’s amazing!  It’s sold over 12 million copies worldwide and has been translated in many different languages.  It has been extremely well-received and is now being introduced to the fans of Taylor Swift now that she has contributed an original song to the film! It shows no signs of slowing down and now there is a movie-poster cover of the book, which is incredible! I bought both versions!

You’ve worked with several stars, including Samuel L. Jackson, Anne Hathaway, and Mark Wahlberg. Who was the person you were most starstruck by?

Luckily, I’ve had the experience of meeting a lot of rock and country stars, so I was pretty used to it by the time I first stepped foot on a set. But, of course, it’s Dwayne Johnson! I had a small scene with him, Mark Wahlberg, and Anthony Mackie in Pain & Gain and later got to work with him on Ballers. Great guy and very inspiring!

Before you were an actor you worked at Clear Channel Radio/iHeart Media. Do you feel your experience in broadcasting helped you once you made the career transition?

Absolutely! Radio is acting to a degree because you have to hang your problems and emotions on the control room door before you go on the air. Your job is to help people enjoy their day and maybe forget THEIR problems for a few hours.

Do you have any routines or tricks to help you get into character?

Depending on the character, I might do some jumping jacks to get the blood pumping. Think of different things in my life to connect on an emotional level. Walk away from the rest of the cast to gather my thoughts and go over the scene in my head.  It varies but I don’t do a ton of talking with others while I’m on set as it tends to put me outside my box.

Are there any actors or filmmakers you’d like to collaborate with in the future?

Morgan Freeman is the first one who comes to mind. He is incredible! I would probably forget all of my lines working opposite him! I’d love to do another project with director, Livi Newman (Where the Crawdads Sing) as her vision is just incredible! She is a great director and very fun to work alongside.

Where the Crawdads Sing! I really enjoyed being on set with this fantastic cast and crew! It’s also my biggest role to date so I consider myself very fortunate and needless to say very grateful!

Not going after something I really wanted to do and then figuring out how stupid that is. Early in my 20’s I wouldn’t go anywhere unless I had somebody with me. I learned the hard way that life doesn’t care about your insecurities, and it will pass you by without even so much as a whisper.

Chase acting and never give up. I didn’t start acting professionally until I turned 50. And when you get there, audition as if your life depended on it…with every ounce of emotion you can muster. Then, Forget about it. Move on. The decision is out of your control and there’s nothing you can do about it.

I have a few but The Holiday is a favorite of mine. The Proposal, Sweet Home Alabama …I love romantic comedies!

What other roles would you like to see Bill Kelly take on in the future? Let us know in the comments! 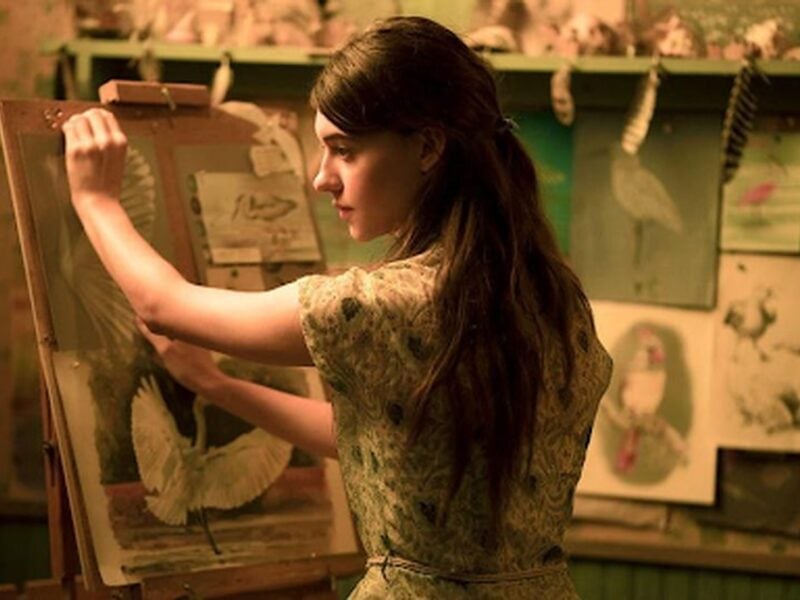 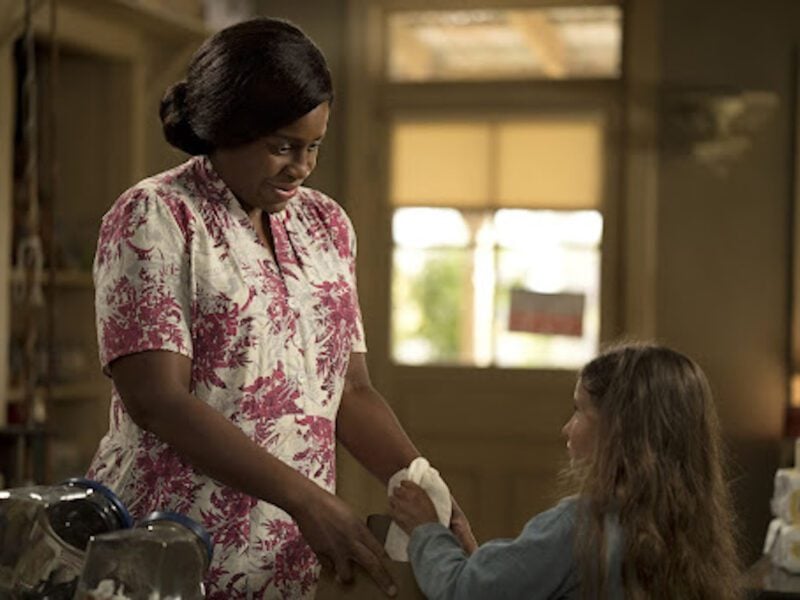 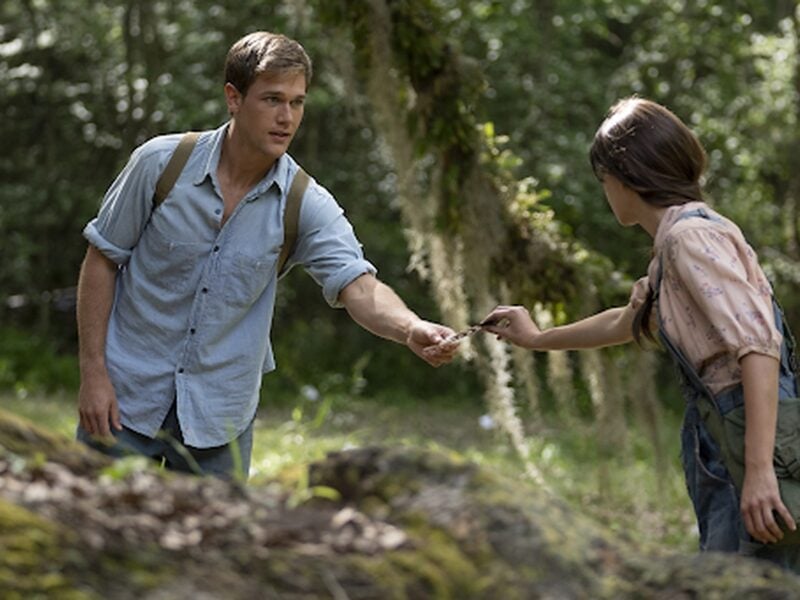