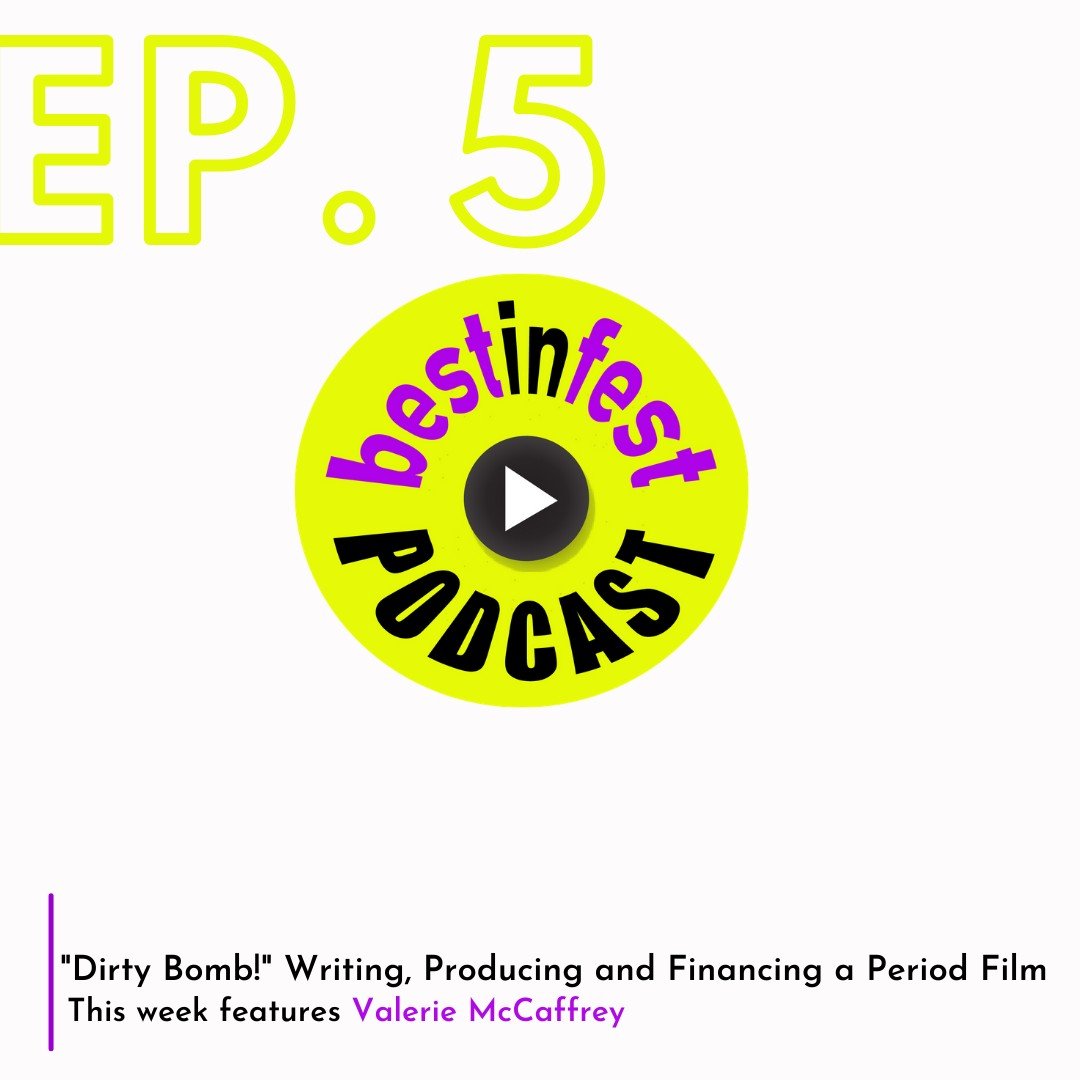 LA Femme International Film Festival has been the premiere international film festival for women over the past 17 years, and now, the organization is branching out into podcasts. LAFIFF has recently launched Best In Fest, which is the first-ever festival podcast that focuses on female screenwriters, documentarians, and directors.

Best In Fest (BIF) is hosted by LAFIFF founder Leslie LaPage, who uses her industry connections and filmmaking expertise to advise listeners on marketing strategies, unlikely business models, and distribution tips. LaPage also provides a platform for successful women to share their inspiring stories. Best In Fest features a different special guest each week and is available on Apple Podcast, iTunes, Spotify, Google Podcasts and all other streaming platforms.

Film Daily had the pleasure of talking with Leslie LaPage about LAFIFF, the Best In Fest podcast, and her advice for aspiring storytellers. Here’s what she had to say: 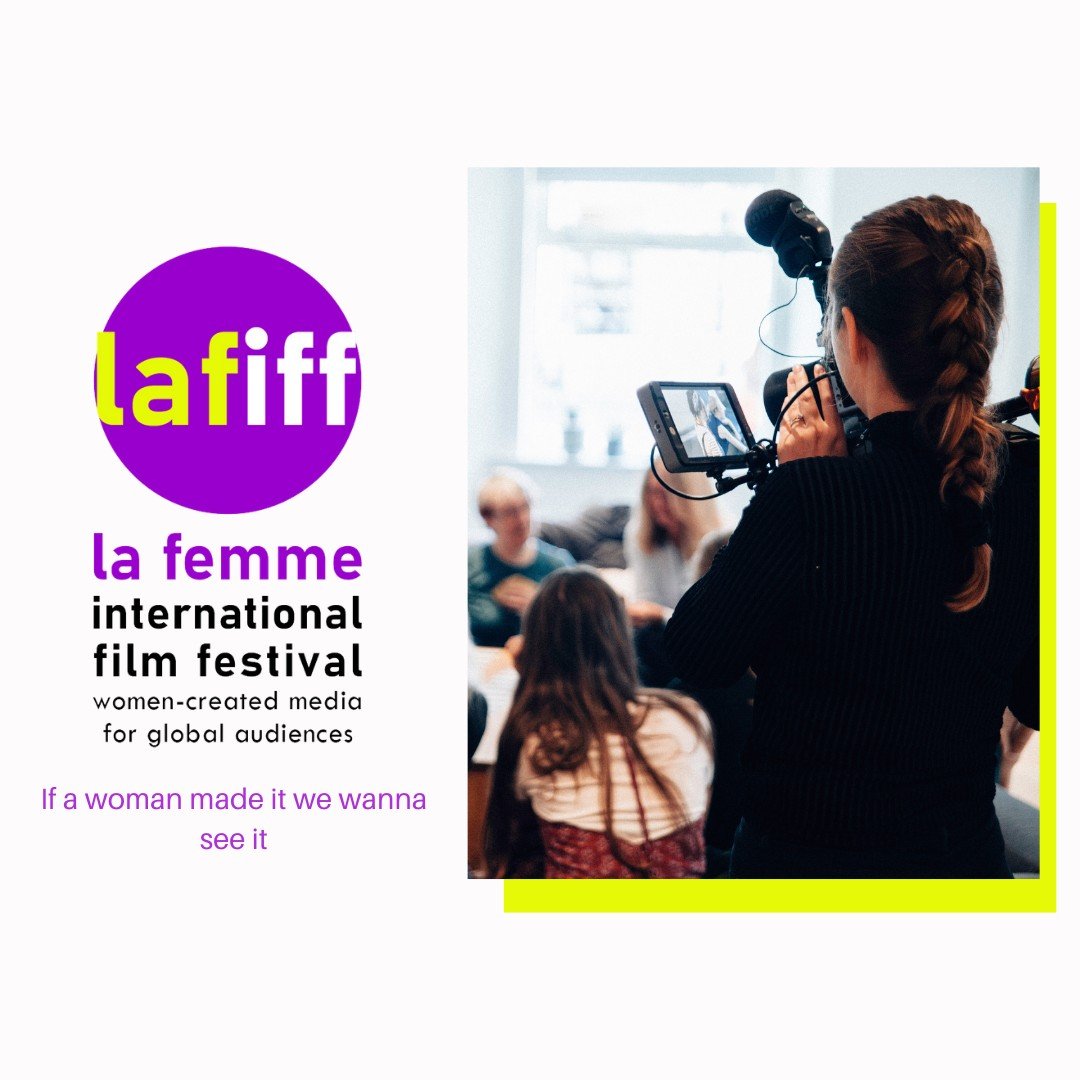 Tell us about your history in the film industry. How did you start your journey?

I had been involved in the film industry since I was five. I then in my early 20’s migrated over to behind the scenes where I had an opportunity to work almost every position in physical production you could do. This gave me a great understanding of how the filming process worked.

I then moved up to UPM and Line Producer where I was controlling the flow of filming. This of course gave me opportunities to work behind the scenes, on production, or at many of the mini major and major film studios creating film.

You are the founder of the LAFIFF. What was the initial inspiration behind the organization?

Back in 2004 I was at a major film festival discouraged that they had only a few feature films made by women. While sitting at a coffee joint at the foot of a ski village in Utah I had a flash of awareness. Why not start supporting our own community of WOMEN filmmakers. Well after writing down a few names I settled on what is now called the LA Femme International Film Festival.

I had no idea this would be like giving birth to a child that would be with me for 17 years. At first, I was met with a lot of resistance and told No… you cannot do this, No one will come to see women’s content, and No you will never get sponsors. That first year I launched with 35 films over two days, and we were packed.

What are some of the notable ways that the LAFIFF has progressed and evolved since its inception?

During the years of creating this dynamic festival we have emerged as a leader in the community of female filmmakers worldwide. We offer a festival that is known as a go to place for up and coming filmmakers of all ages. We have branched out to create a more influential festival than any other female driven fest out there since we were one of the first to explode on the scene with such power.

LAFIFF recently launched the Best In Fest (BIF) podcast. What was it about the podcast format that made it such an appealing medium?

The podcast format gives the listeners worldwide a platform of education. To hear how others have broken into the industry, hear from experts in the field and learn the dos and don’ts of navigating through the MUDDY waters of the entertainment business where ageism, sexism, and sexual diversity or lack thereof. The podcast has real answers and practices of those that have succeeded and the pros that know what works. So you get answers! 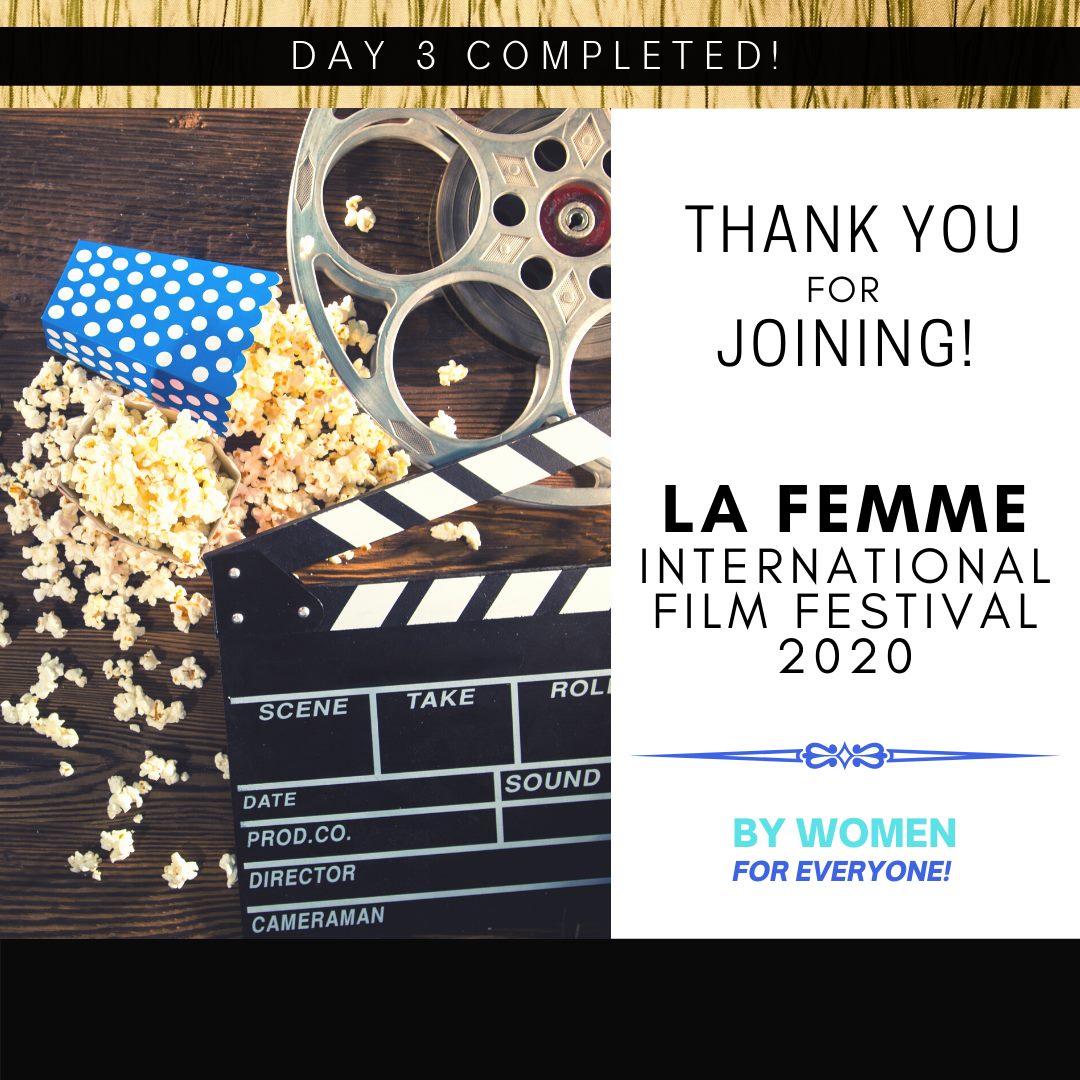 The BIF podcast features weekly interviews with female directors, producers and screenwriters. How impactful do you think their stories will be on listeners?

From the responses of this podcast it has been VERY impactful since the real life stories are inspiring and gives real answers to those who may not believe they can make it or get their films produced.

What do you consider to be the most useful bit of advice that’s been shared on the podcast thus far?

Do not give up! I personally tell women: Don’t Sleep Create! Because every day you are on earth you need to work towards your goals and put your goals into action!

Film distribution is a recurring topic on the BIF podcast. Do you feel that streaming has made it easier or tougher for filmmakers to get distribution?

Well in the current market the distribution companies are hungry for content. But that does not mean you are going to secure distribution if you have made a production that is not marketable. Which means the only reason you are creating art / movies is to get known, seen and sold. If not they go create movies for your family. So yes this is one of the most misunderstood areas of filmmaking.

Do you find that hosting the BIF podcast requires a different skill set then running the LAFIFF?

Not really, once you are a Producer it does not matter for who or what you are producing. The skill set is the same. Get it done no matter what. 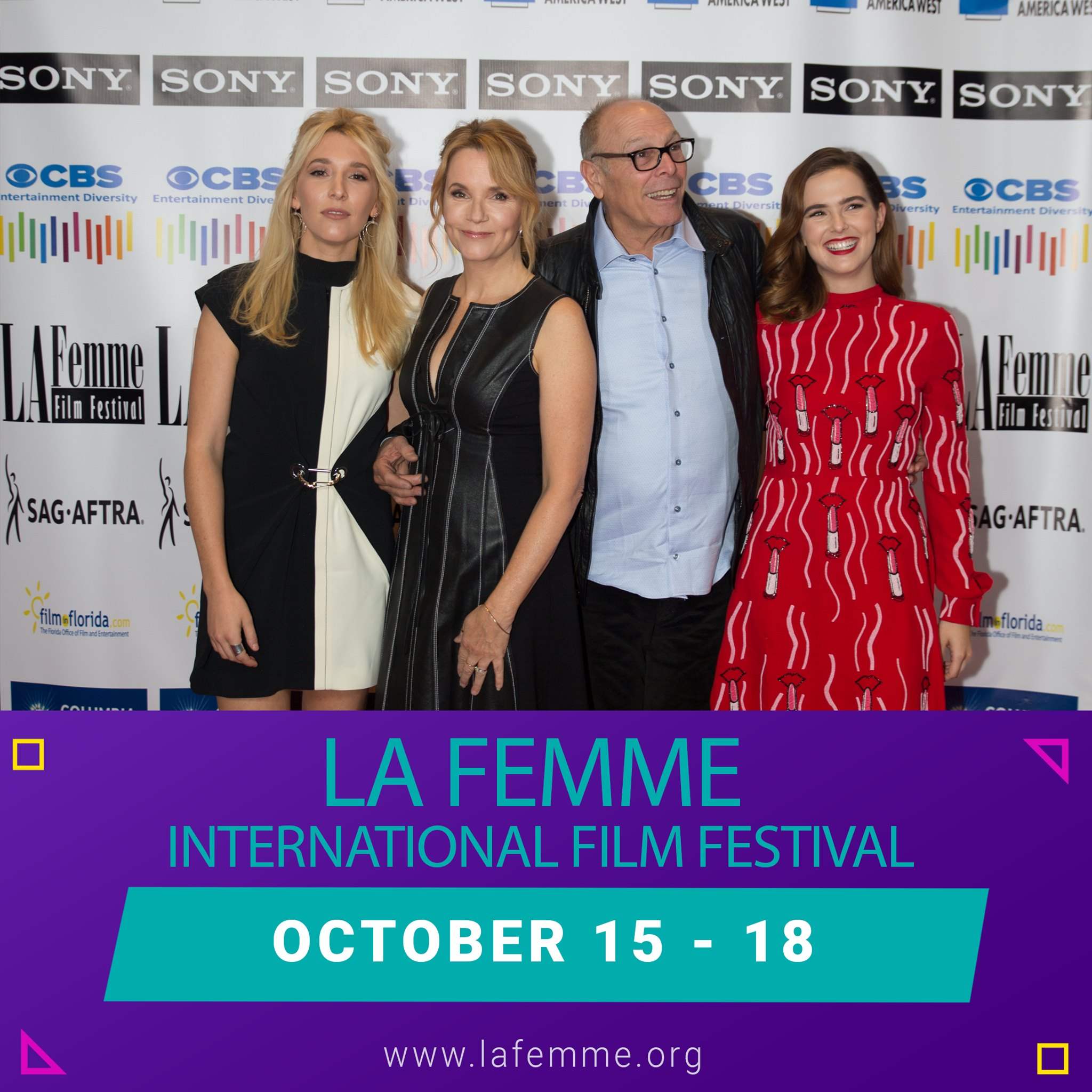 Do you feel it’s important to get a diverse range of guests on the show to better speak to different aspects of the Hollywood experience?

Absolutely, as we are first pulling from 17 years of filmmakers and experienced professionals we are always looking for diversity. But diversity is also shone not only in skin color but in sexual identification as well. We are trying to get all people represented throughout the season.

How important is diversity and inclusion in today’s filmmaking world?

Well this is something I have been fighting for , for over 30 years. I was told 15 years ago by studio executives that Latinos (Latinx now) did not buy tickets to movies so why spend money on created content. Inherently, the studios do not move unless forced to do so. We have inclusion now on the studios minds because they are forced not because they are driven to do so.

The studios are money oriented and large money oriented but as you look back to the formation of the studios in the Golden Age of Hollywood they were a bunch of white dudes and so that is the foundation Hollywood has been working on for years now. So yes, change is possible but only time will tell if it is long lasting.

As the host, are there any revelations you’ve had or things you’ve learned from your guests?

I learn new things all the time and having these experts on the podcast talking about the industry always gives me new information.

What’s one aspect of the distribution process you feel gets overlooked by most filmmakers?

Most filmmakers don’t want to research because if they did they would discover that most of the time their film is not unique and therefore harder to have it stand out in the mass amounts of content being created. To make a great film it takes effort. 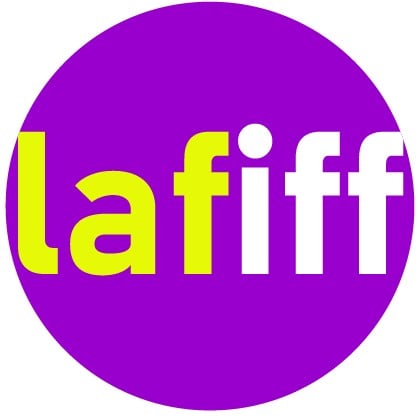 Are there any particular filmmakers you’d like to have on the podcast in the future?

All of them! There are 52 weeks in a year that leaves a lot of room.

What would you say distinguishes the BIF podcast from other industry insider shows?

Not only are we interviewing those who are professional and successful but also those on the way up as well as emerging filmmakers. So we hear a lot of different POV on how to make it. That is worth a million.

Do you feel the BIF podcast can extend the influence of the LAFIFF even further?

Well we hope so but that was never our focus. Our focus is for women content creators to be heard like a Lion roaring in the wild as its voice echoes off the mountains.

Are you pleased with the feedback you’ve gotten from listeners since the podcast launched?

Yes, we are at an all star 5 rating so far so we are doing it right I believe. 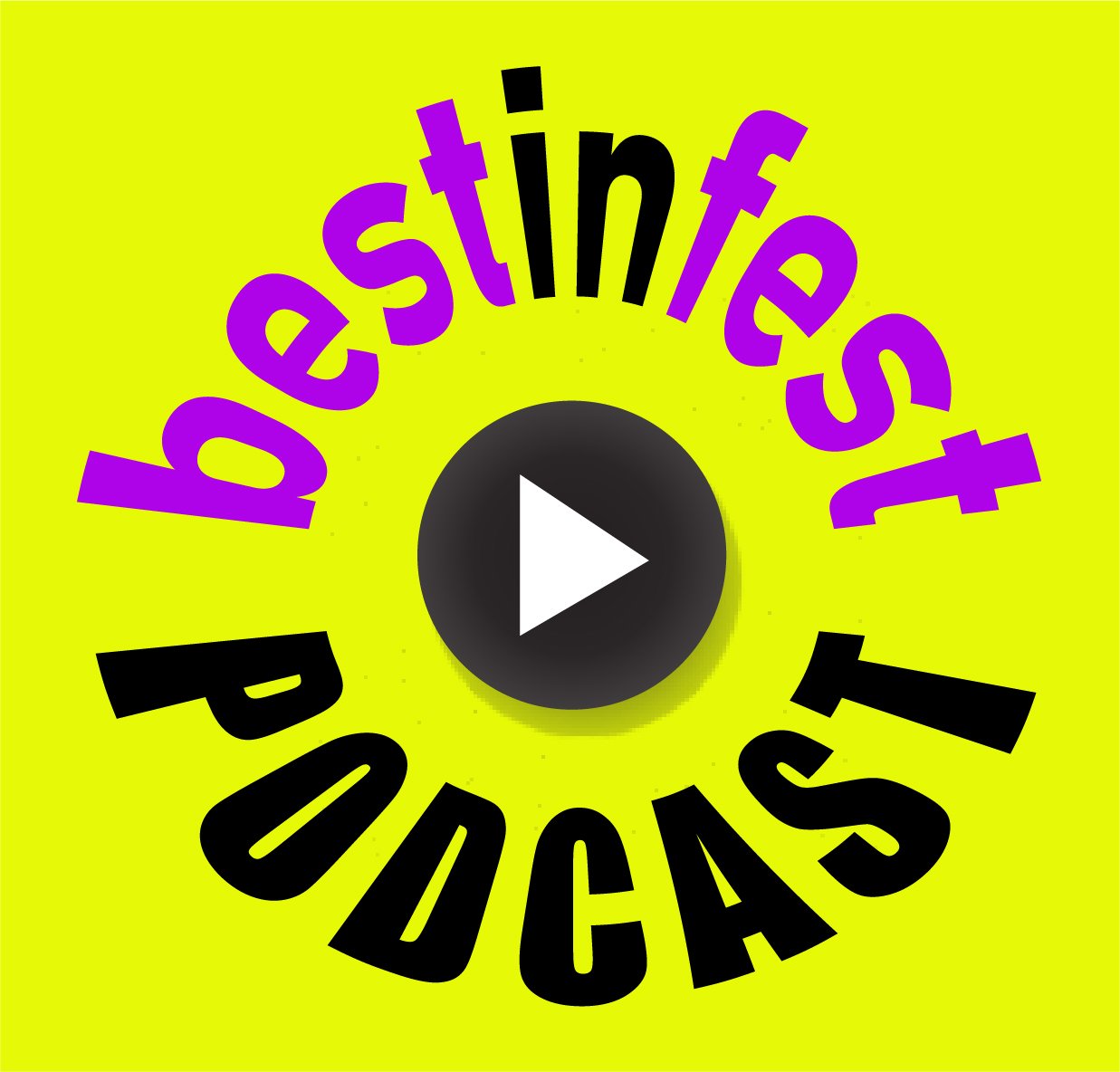 What is the biggest takeaway you want listeners to get from the BIF podcast?

Listen, learn and do!

Are there any topics you have yet to cover on the podcast that you’d like to in future episodes?

More on marketing for social media would be a good topic since this all revolves around the success of word of mouth.

Can you tell us about any upcoming LAFIFF-related projects?

We are in production on a  TV series, and two movies. We have three features in development so a lot going on.

What personal advice do you have for aspiring female storytellers?

Stop letting people tell you cannot succeed! But most importantly educate yourself as we women have to be smarter than men to make it , which means we need to know ALL aspects of the business , creation, and marketing. Stop pretending you are the worm and be the hawk!