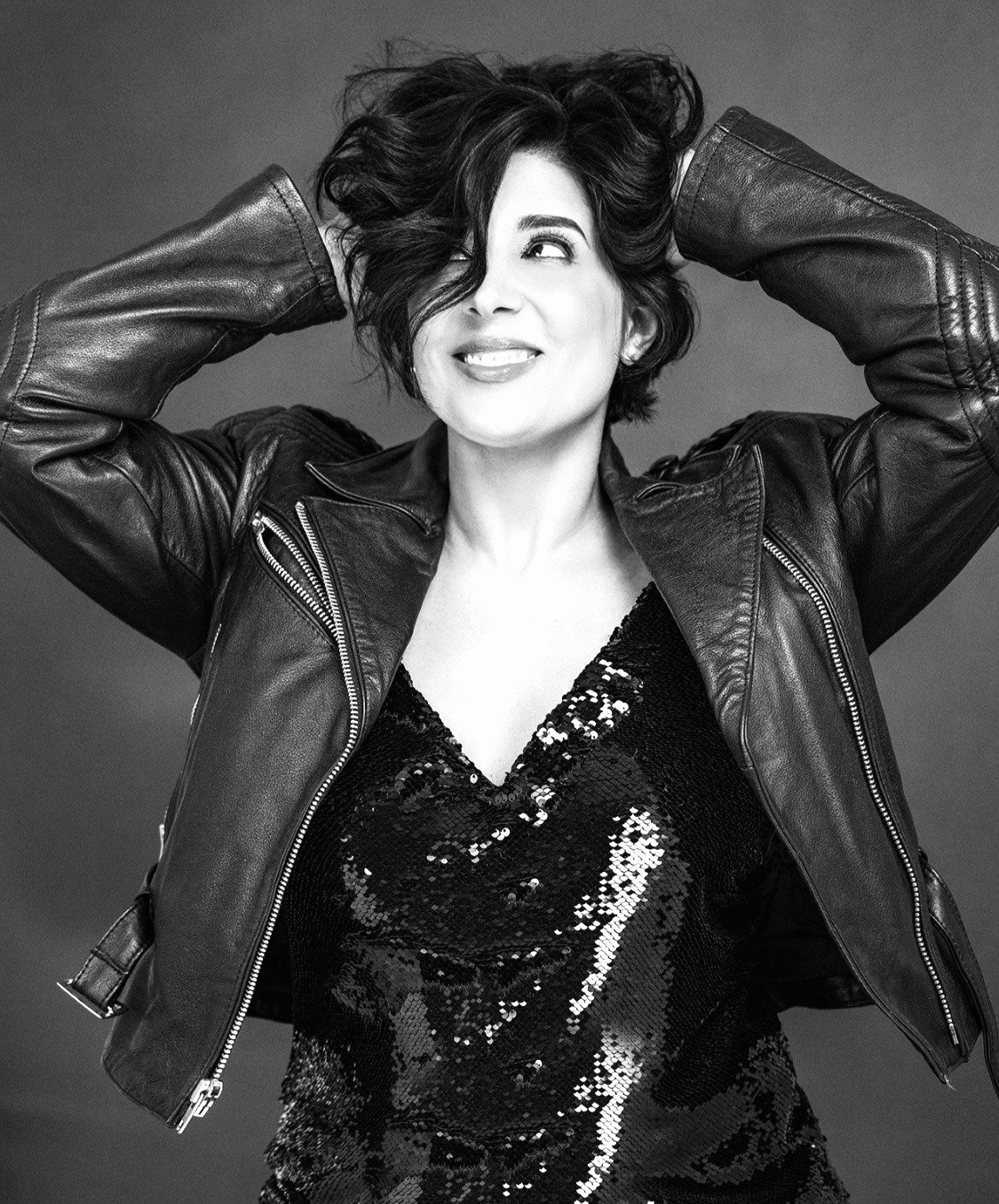 When talking about different generations, they talk about boomers, millennials, and Gen Z. Most of them forget about Gen X, but not filmmaker Andrea Malloni. Their stories are just as important, a fact which is reflected in works like Malloni’s The Point: A Coming of Age Canticle. 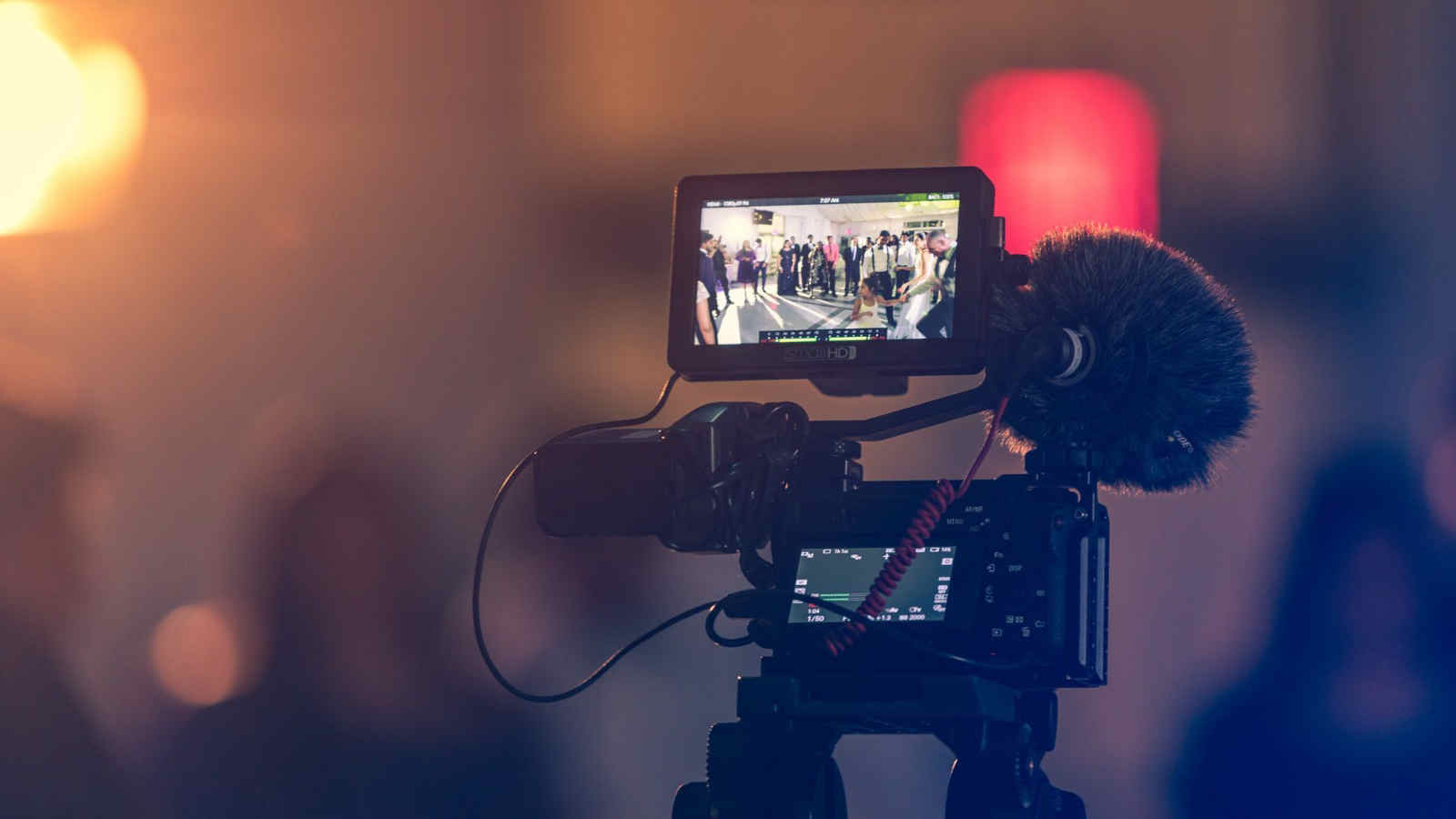 As a writer, I have always had a passion for wanting to see narratives brought to life in a visually striking way – to breathe motion into the words on a page. The dimensions that film provides (motion, colour, music, angle, light) are languages that enhance the narrative in a thousand different ways.

Both films came from a place of deep instinct that said to me “It’s time. You need to do this.”  It was the calling you hear people describe. It happened for me at an unexpected time in my mid 40s with no prior training or experience. 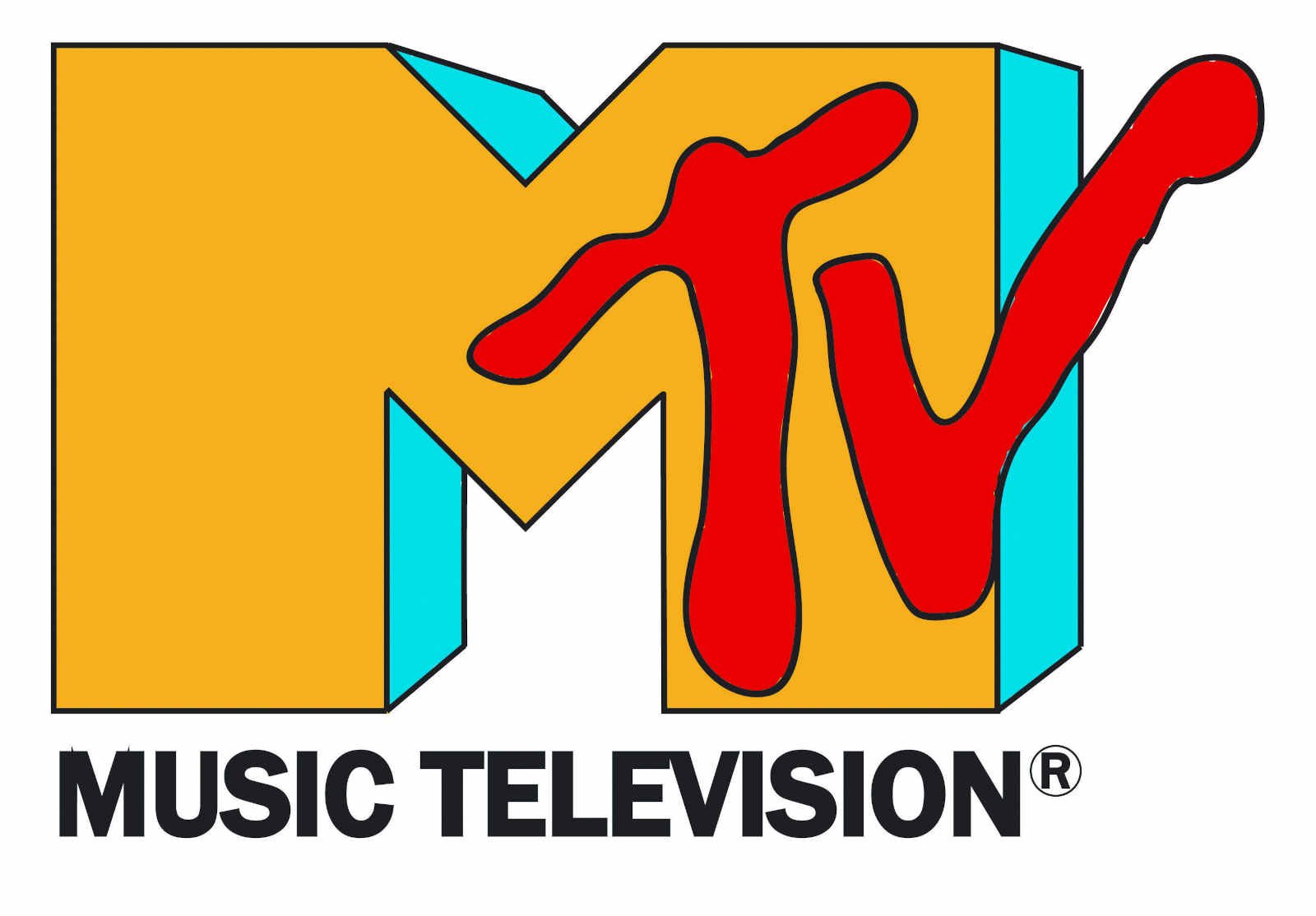 Growing up as part of the MTV generation, the power of visual storytelling shaped everything. I came of age in a time when many of us raced home from school to see rock gods in 3 minute films with a full story arc.

In high school I was introduced to Beat writers in a poetry class which influenced my writing style.  You can hear the rhythmic repetition in my phrasing and cadence. It was the first time I felt that writing from the outsider perspective had cultural weight.

You studied both literature and journalism at the Carleton University in Ottawa. Do you feel this combination of skills has factored into the kind of stories that you tell?

The most valuable learning I took from my time at Carleton was the importance and impact of testimony. Particularly the testimony of those who don’t normally have a platform. I learned there that testimony. shapes history, validates community, and preserves culture. It fortified the gravity of writing for me. 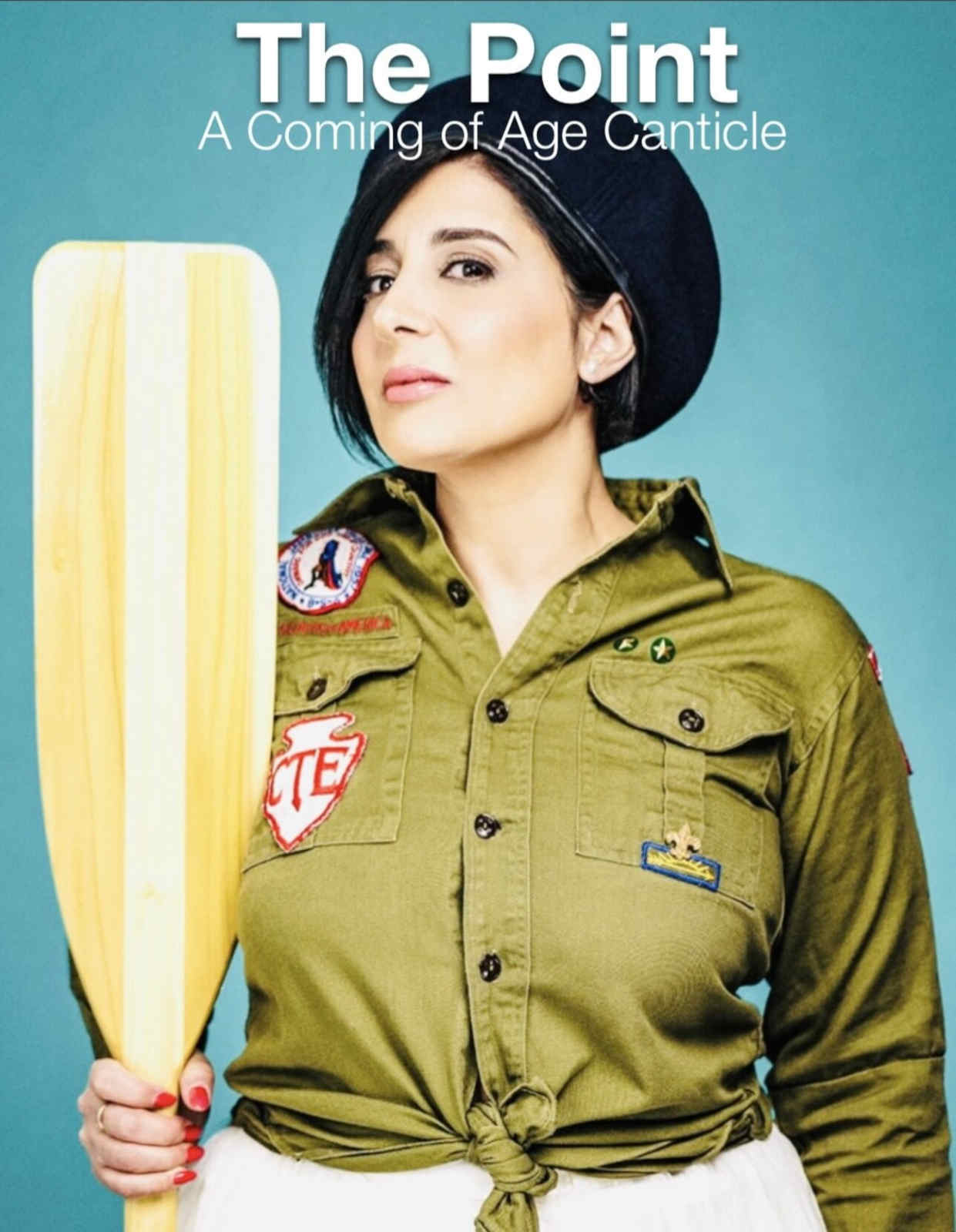 What was the inspiration behind your latest film, The Point: A Coming of Age Canticle?

I took my 13 year old son to the camp for a weekend hike during the pandemic. I wanted him to see the property and share stories with him about my time there. During the visit I realized that there was a larger story to be told about coming of age in this special environment. I wanted to capture that testimony on film.

The conversation about the camp’s impact on discovering who you are isn’t just one between a parent and a young teen, but it is also a conversation between our former teen selves and the adults that we became. It’s acknowledging the beauty of that gift we gave our future selves. 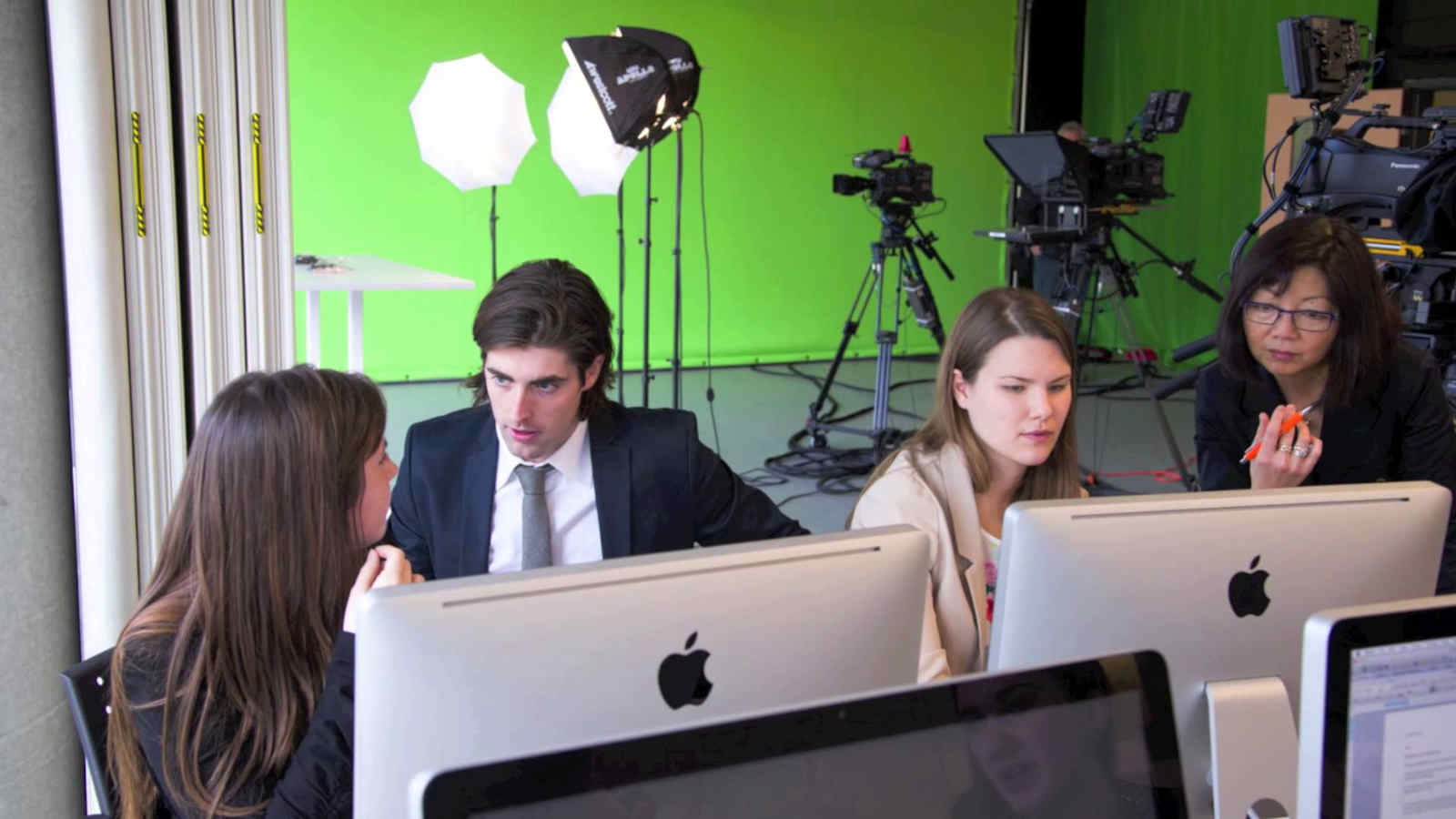 Everything we write is personal. I tend to start with the small seed of an idea and then spiral  out into a narrative with questions about its larger meaning. It feels very natural and human to take a personal experience and try to connect it to a larger theme and to explore whether that experience is common to others.

In exploring the personal, I believe we come to a better understanding of each other which is a greater connection to our community and the world. That seed is always interesting to me. 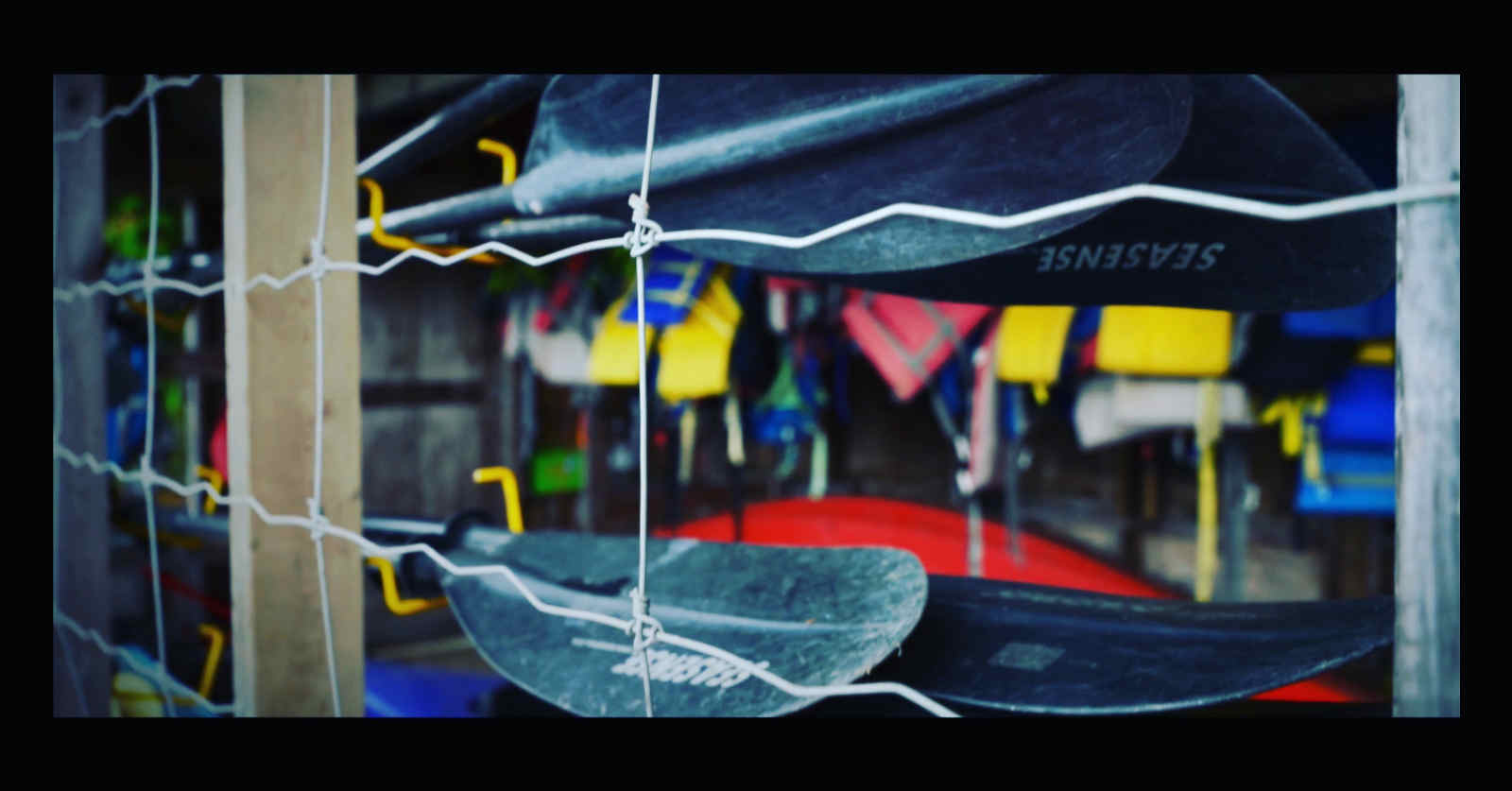 How did your approach to The Point differ from your debut film, La Vida Es Un Carnaval?

The Point was produced in nearly the opposite order to La Vida. When we filmed La Vida in Havana the script was written and all voice over complete. In this case with The Point, we arrived at the camp with nothing written and filmed with a very open exploratory style focusing on details and the atmosphere of the camp.

I wrote the narrative long after we locked the cinematics. It was far more difficult to stitch the story together this way. The Point also features the testimony of so many other alumni who have their own perspectives. This film was a far more collaborative and inclusive project which added to the complexity and responsibility in editing and directing choices. 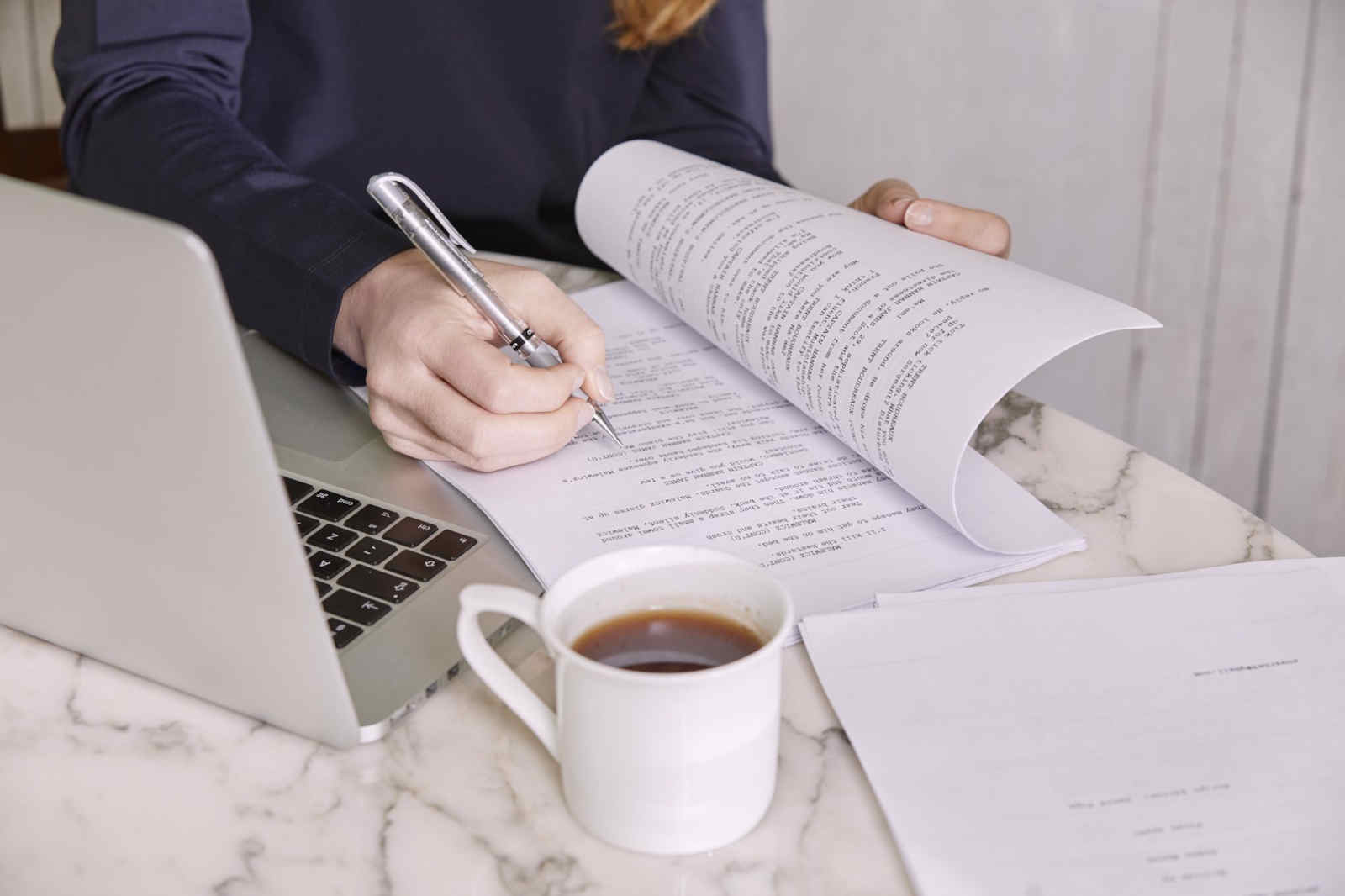 Do you encourage your actors to improvise on the set or do you prefer to stick to the way dialogue is written on the page?

There was no script or guidance provided – what you are seeing in the movie is the raw, unfiltered and unscripted testimony of former alumni who volunteered to be in the film simply because the place and their experience there meant so much to them. Filming was wildly unpredictable and the reward was incredible authenticity and vulnerability in their testimony. 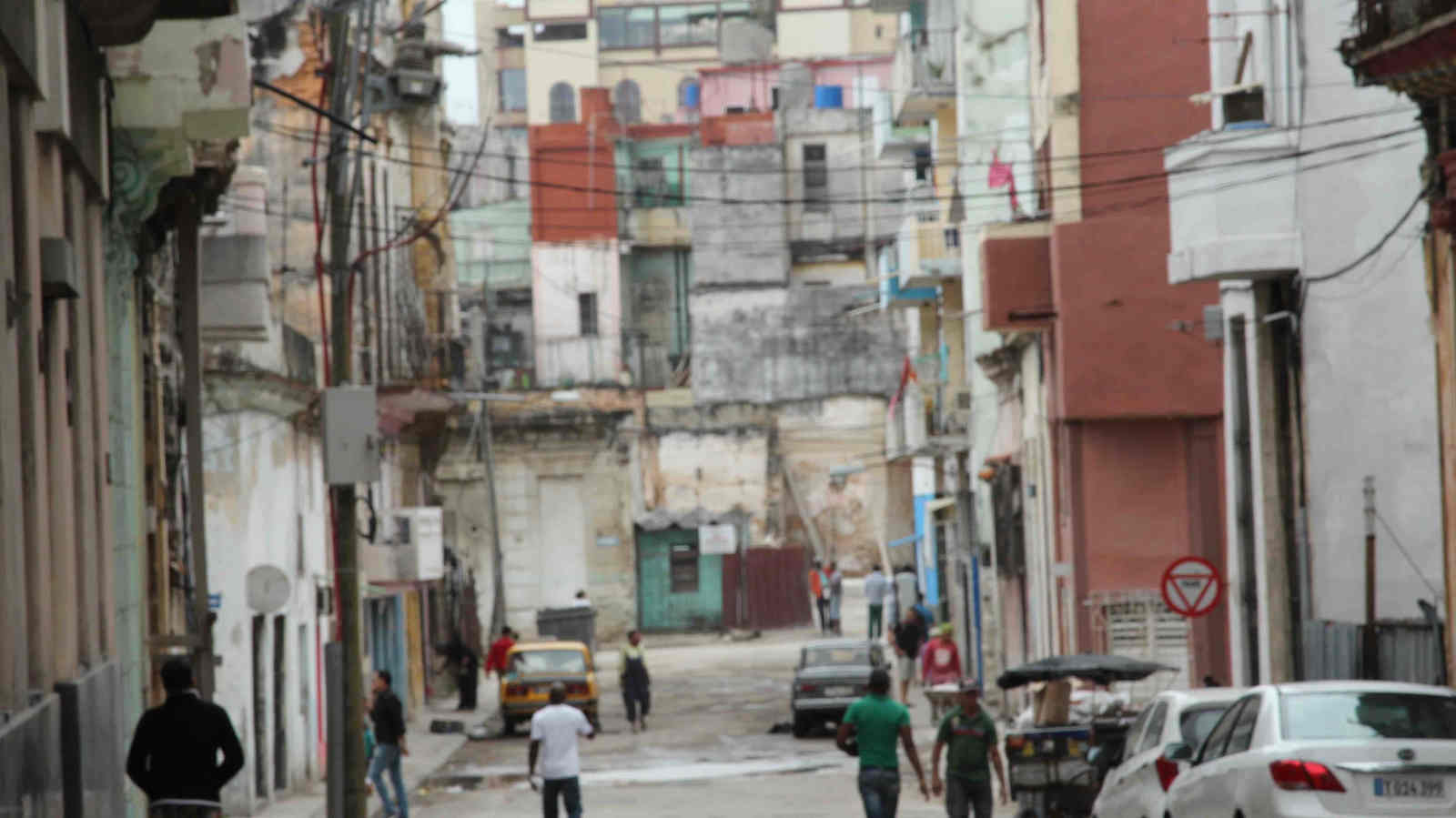 What is the biggest theme or lesson you want audiences to take away from The Point?

The growth we experience in learning to arrive at ourselves is something we do both communally and within ourselves. Ultimately, that act of arriving at an understanding of who you are and what you mean to the world is an act of love. It is a wonderful and sacred process of becoming that should be celebrated and praised.

What was the biggest challenge you encountered during production?

It was very important to me to strike the right tone. The camp has been a treasured and precious place to so many people over its 80 years. I felt the weight of that responsibility. I wanted to tread tenderly down that path and respect and protect its reputation and its incredible history. And I wanted to respect the testimony of those who came forward to speak about their own experience. I felt the pressure to get it right. 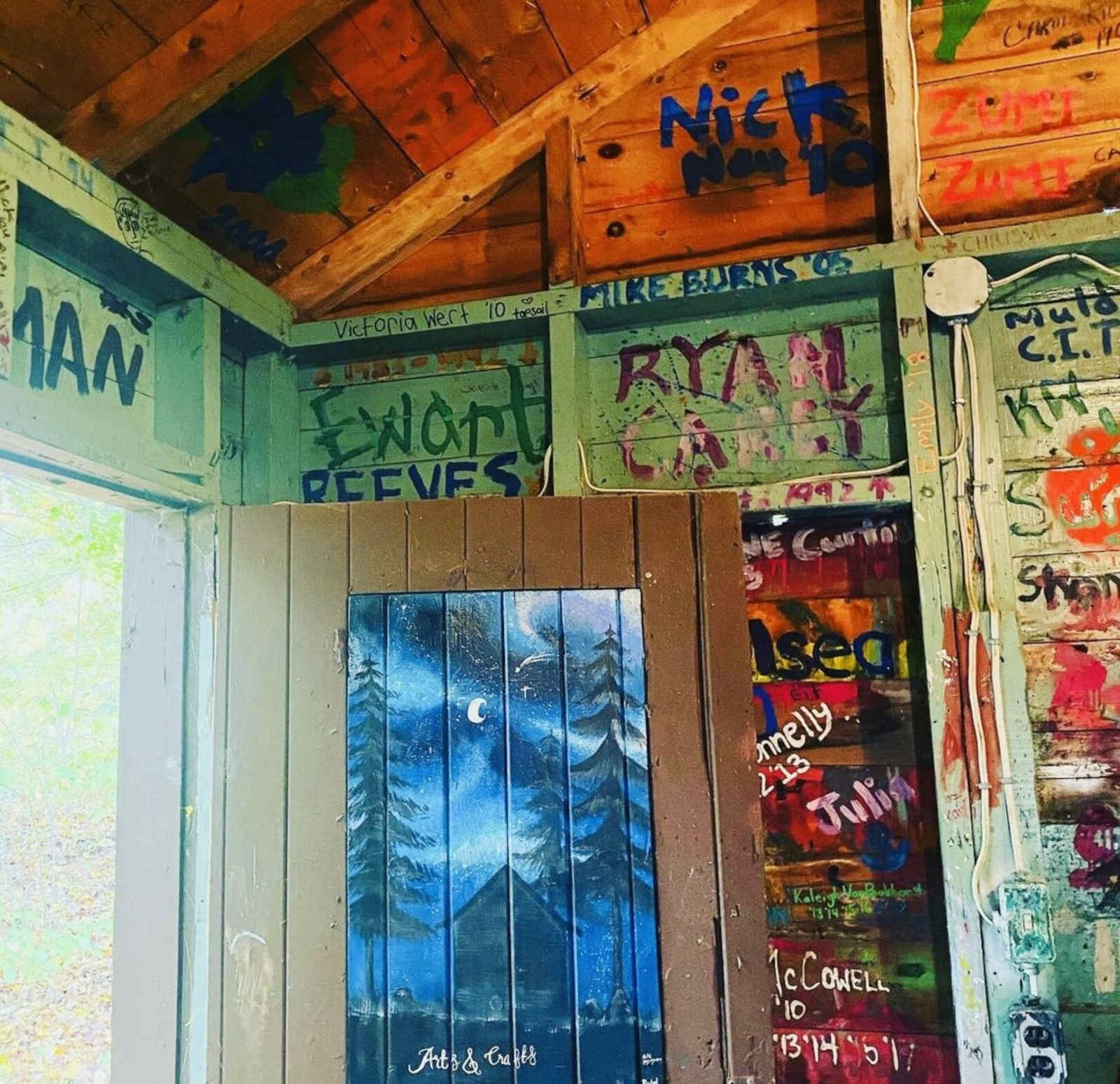 You’ve worked as a writer, producer, and director. Which position do you enjoy doing most and why?

Directing is so fulfilling and where I feel the most joy. Writing underpins it all but it feels like blueprint building. Directing is watching the barn being raised. It’s incredibly exciting to watch the ideas in your head come to life through a lens.

Would you consider directing a screenplay that somebody else wrote?

Absolutely. What an honour, adventure, and challenge it would be.

What’s your mission as a storyteller? Name the most important thing you want viewers to experience when watching your projects.

I’m very driven by the idea of telling stories that have been relatively unsung. Producing films that show us our shared human heart and bond through individual stories is a mission for me. The voices in the margins that are often dismissed  have lessons to teach us about our humanity and connection.  I titled my production company “Fiat Lux Foundry”. I hope its projects let there be light through the smallest cracks. 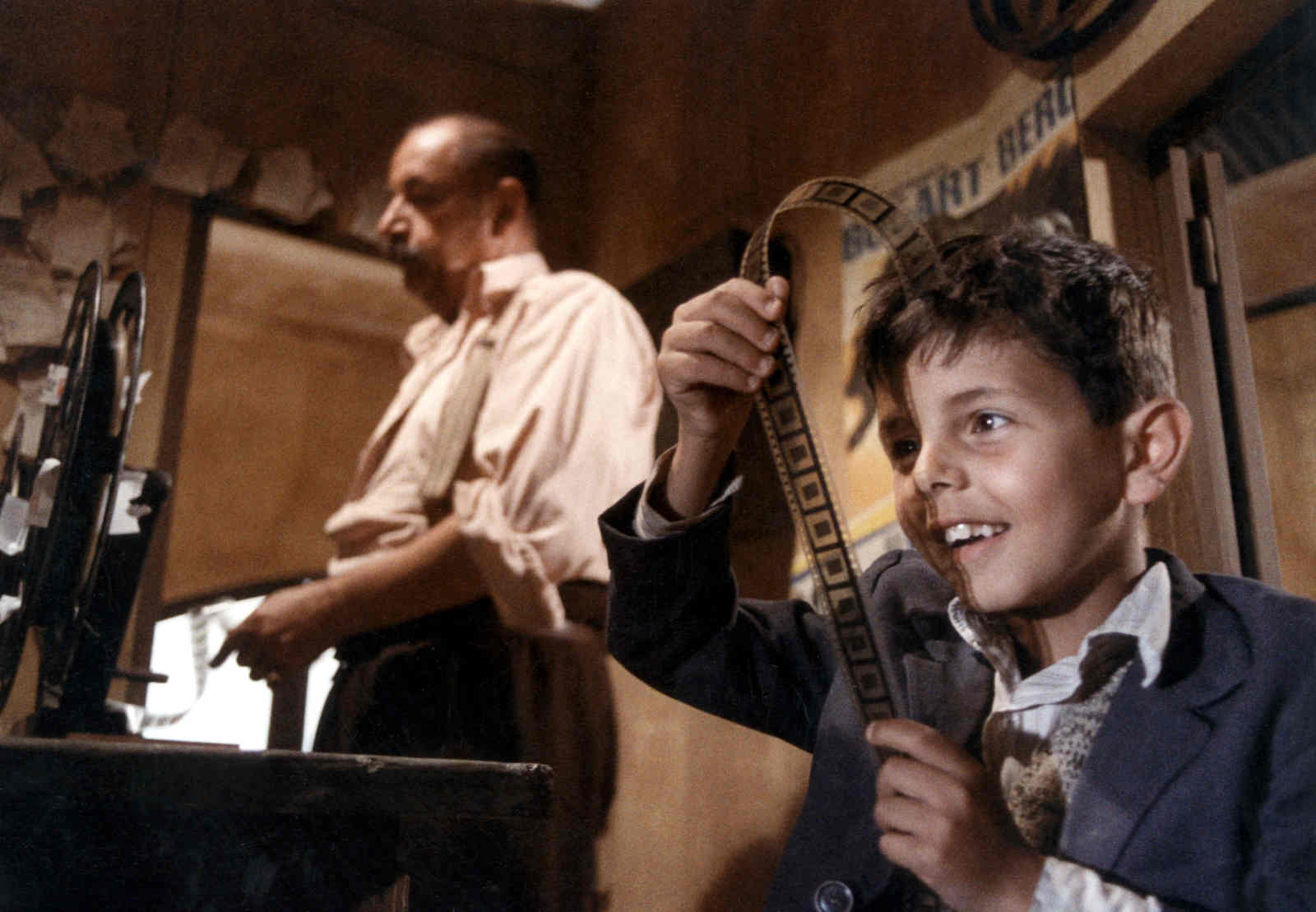 I’m presently working on a script titled Fifty X which will be a documentary about Generation X turning 50 and a retrospective look at the pop culture, technology, and politics that shaped the generation. The movie will be a reunion within a yearbook.  La Vida was a love letter. The Point is a song of praise. Fifty X will be a yearbook.

Embrace the flow of a film. Rigidity will kill serendipity and unexpected opportunity. Have a vision but be open to when the project seems to want to breathe and shift. Let go of the things that aren’t crucial to make way for the beautiful mishap – it often delivers gifts.

Cinema Paradiso makes me weep without fail. I’m a sobbing mess during that final supercut.