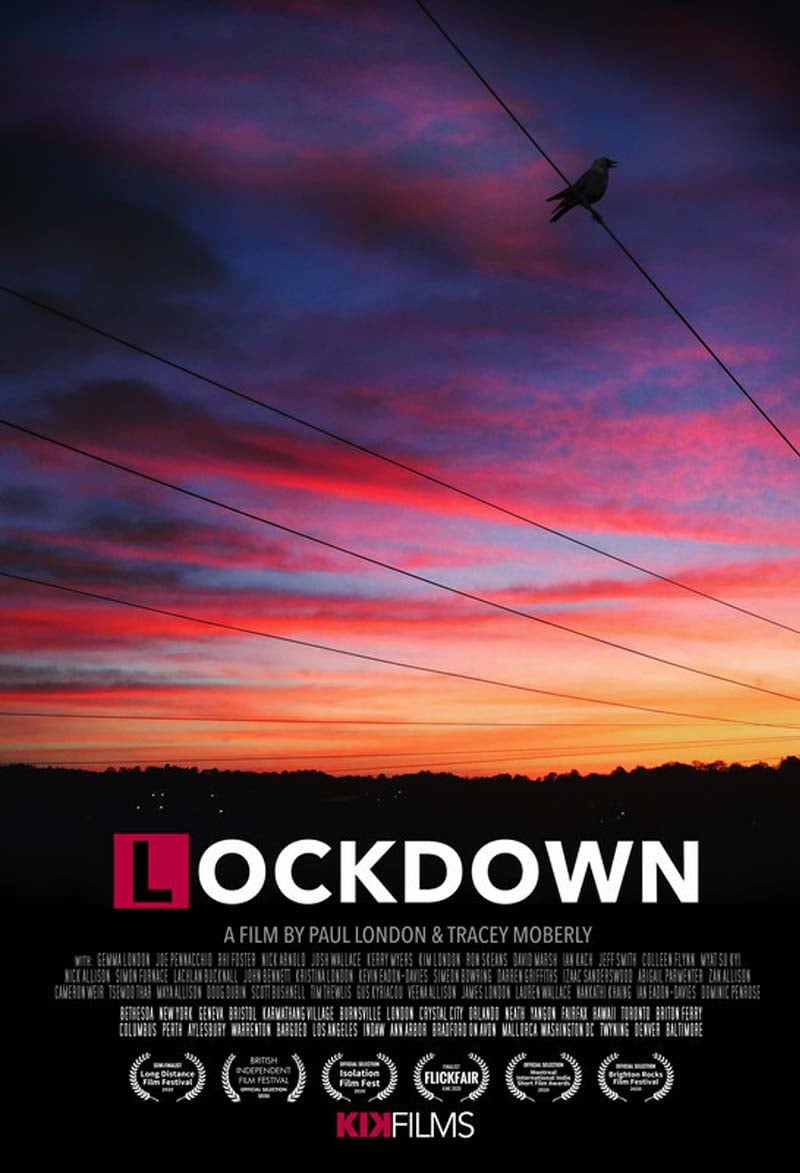 Lockdown is a documentary directed by Paul London and Tracey Moberly. The film was created to embrace and record the globally enforced quarantine measures where people were confined to their homes during the COVID-19 pandemic in 2020.

London and Moberly asked their friends and family to contribute to the project by using their phones to create videos where they celebrated their surroundings. In the end they had thirty-six participants from all over the world including Australia, Burma, Canada, Spain, Switzerland, Tibet, the UK, and the United States.

Lockdown encapsulates a study of things which were once so familiar, but ignored – now they are investigated and seen in a new light.

The film’s juxtaposition of a two box square design reflects the format of online video call apps which were utilized by many to remain connected. Lockdown also uses no words. A powerful repetitive tribal chant tells its story providing emotional direction reminding the viewer that we are all in this together. 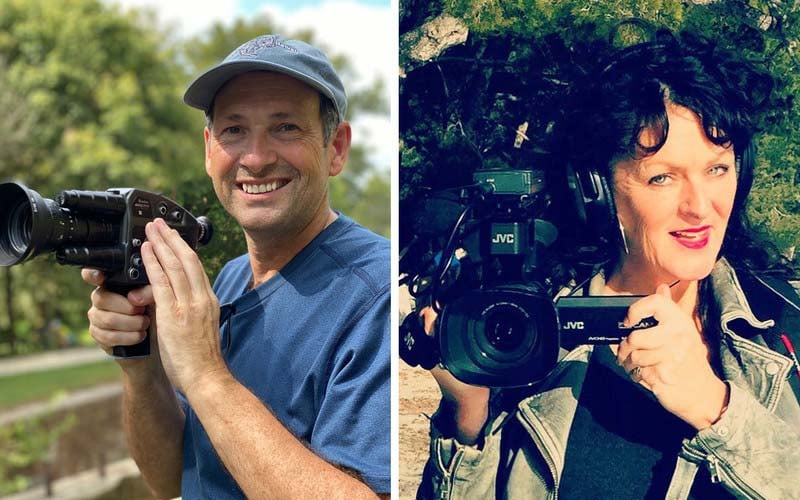 About Paul London and Tracey Moberly

Paul London and Tracey Moberly began working as collaborative partners in 1984. Both were studying for their first degrees as Fine Art students at University of Wales, Newport, UK – they worked on a series of short films titled Bert & Lil.

They continued to collaborate in different mediums at different points in their careers; this also included Isea98 (Manchester/Liverpool UK) where Tracey during her lectureship position at Manchester Metropolitan University had a curatorial role in coordinating the symposium. Paul collaborated in part with her, contributing as news cameraman at Capitol Hill, Washington DC. Recently they formed the new, collaborative international, independent film production company KIK Films, based in London and Washington DC. 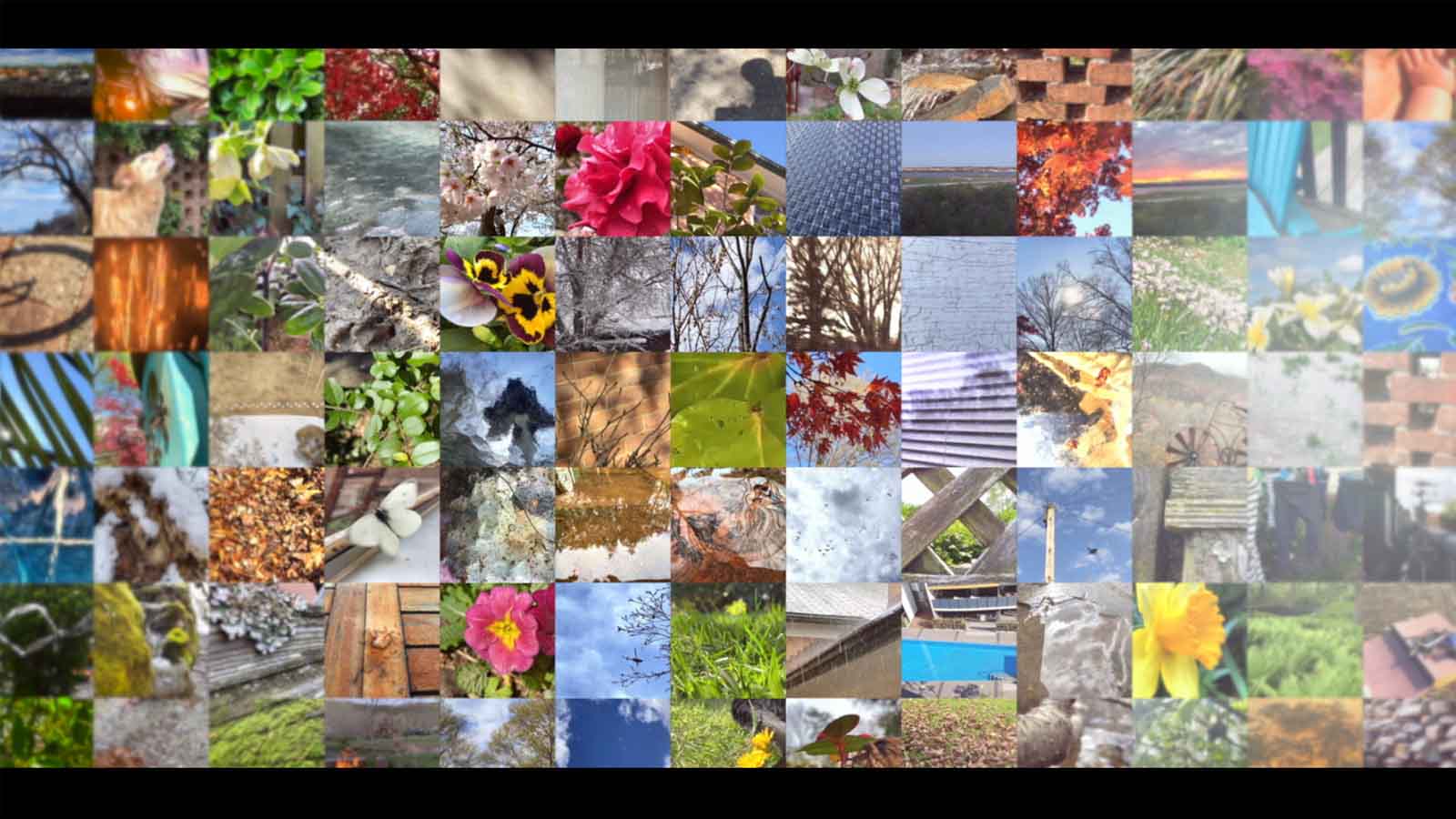 Irradiate, their first short for KIK Films was filmed at CERN in Geneva and opened in March 2019 in Oaxaca, Mexico – opening the same year as part of the Venice Biennale in Empire II. Irradiate gained huge exposure and received several awards at international film festivals and on TV. It is still being selected for festivals.

This was followed by Ignition which marked the 50th anniversary of the Apollo 11 Moon Landing for the Museum of Wales Cardiff, UK. London and Moberly are currently working on a series of new collaborative shorts and in the planning stages of several full length documentaries. 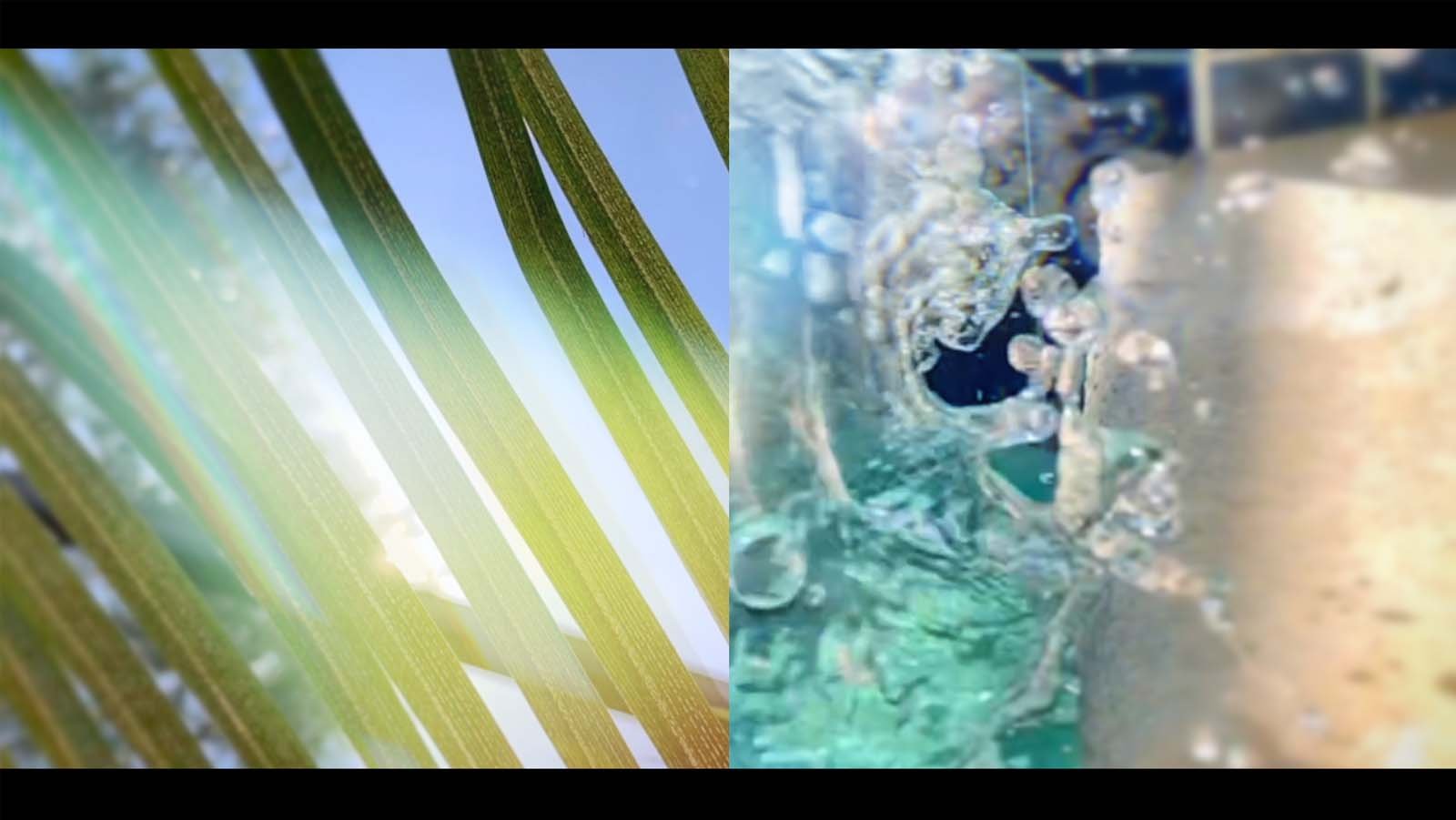 Paul London grew up in the rolling hills of Derbyshire, UK and has been working with film since the age of twelve when he first picked up his father’s super 8mm camera. During his college years at University of Wales, Newport, UK he created several 8mm and 16mm narrative shorts focusing on using sound design rather than dialogue to advance and tell the story – a storytelling style which he still pursues today in his independent film work.

Since graduating in 1985, Paul has spent the past 32 years working professionally as a videographer and TV video editor/designer – in Wales, London, and in Washington DC. During this time he shot and edited documentaries, daily international news stories, news magazine shows, and business cable programs on a multitude of topics for clients which included BBC, ITN, TV- Tokyo,  and Discovery Channel. 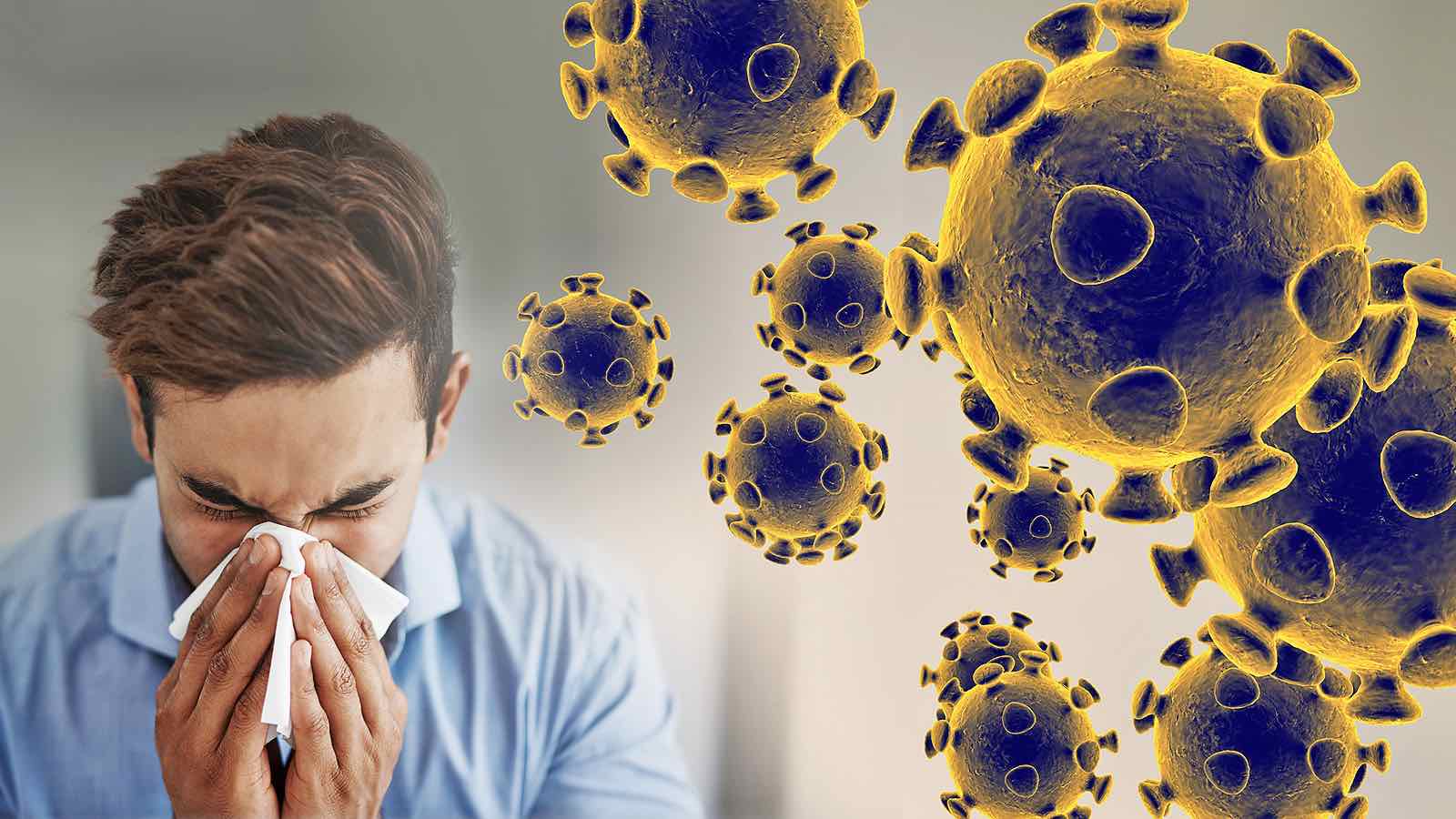 Since 2004 Paul has run his own successful boutique television post-production facility in Washington DC serving local advertisers, associations, and corporations. Paul has worked with clients based all over the globe and continues creating award winning TV commercials and videos. 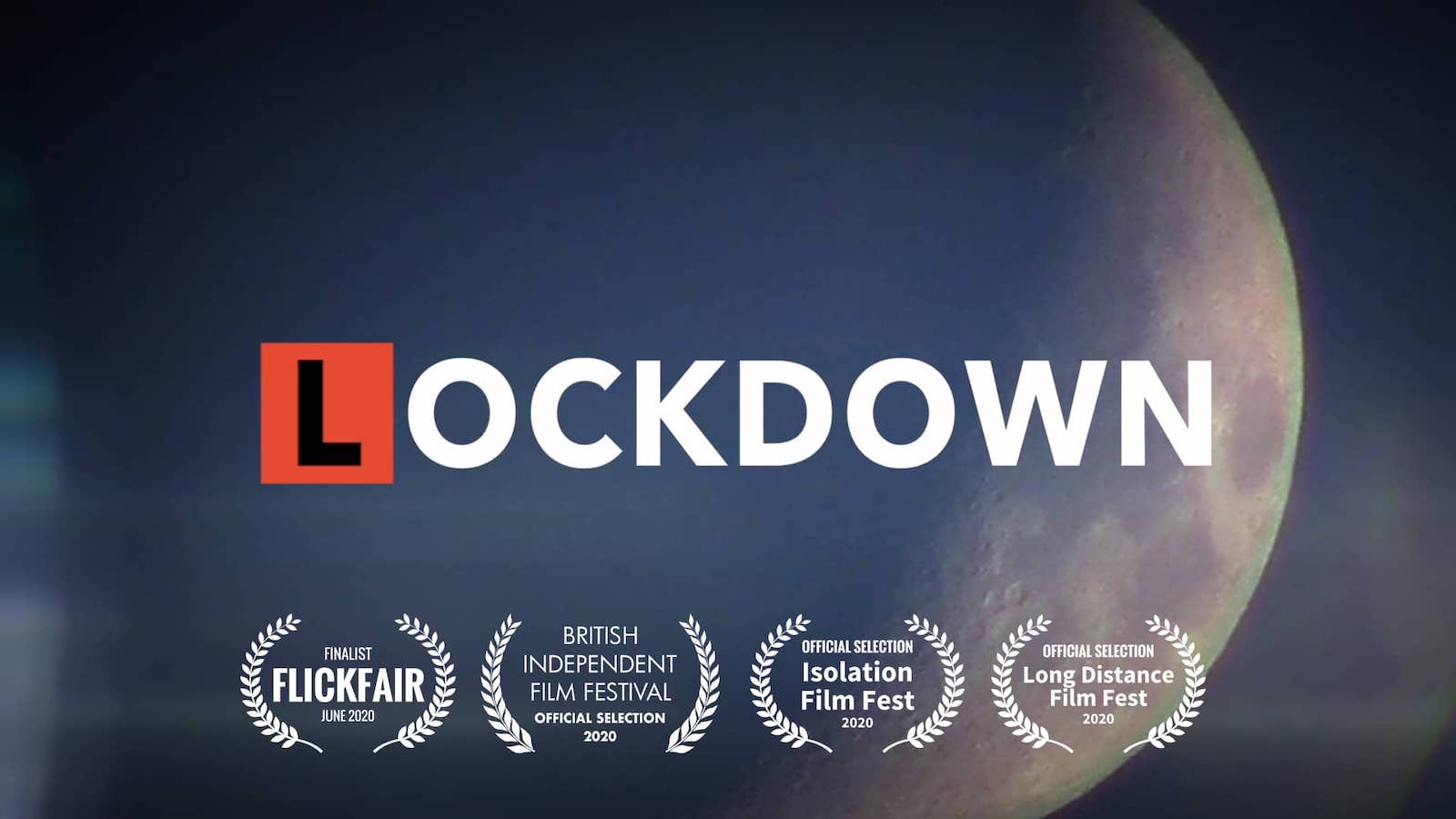 Tracey Moberly is a filmmaker, artist, author, and lecturer – born and educated in the Valleys of South Wales, UK before moving away to do her first degree. Working as a multi-disciplinary, cross-platform artist she exhibits her works nationally and internationally, including film, photography, and multimedia exhibitions at Tate Britain, Tate Modern, and the National Portrait Gallery in London.

Her recent collaborative short film Pariah was in collaboration with Oscar Nominee Robbie Ryan has just completed a two year world tour ending at the Venice Biennale 2019 as part of Empire II.

Tracey’s book Text-Me-Up went global – documenting the birth of and complete archive of her text messages from 1999 onwards. Exhibiting prolifically she is currently editing her new documentary on The Firm, and the legacy after the Kray Twins – former East End London gangsters. 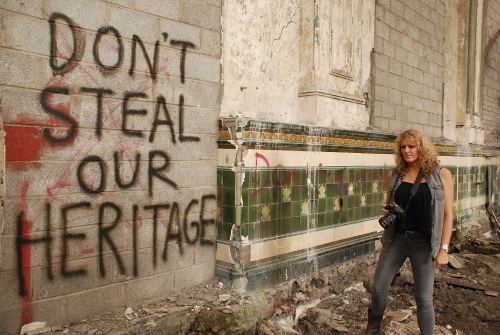 Tracey has been part of and adjudicated Russia’s Kansk Video Festival in Eastern Siberia, along with hosting and organizing the first Alco-Film Festival in the former venue she owned and ran (the Foundry) in London’s Shoreditch. Tracey also developed the East Siberian film festival in London and last year was invited to present the awards to the winning nominees at last year’s Wales International Documentary Festival.

Having recently completed filming and directing a series titled Sixty 60 Second Films with her good friend and collaborator Bill Drummond (of the former band KLF), these films are being used in both TV series and films.