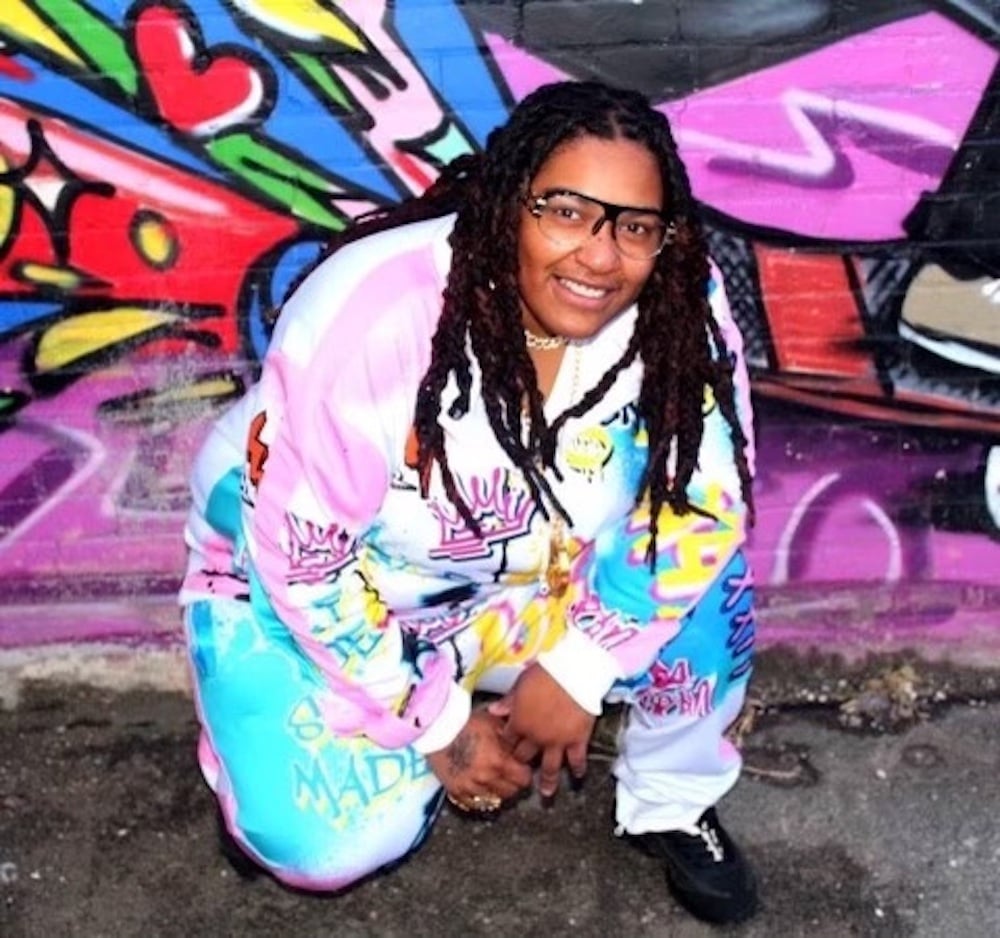 History reveals that women have always been considered inferior beings. Even in the United States, it was not until 1920 when American women were granted the right to vote; taking years for the country’s male population to warm up to the idea of women voting and leading their lives as independent people.

However, with several challenges thrown at them at every phase of their lives, women continue to push through and emerge triumphantly. Women continue to leave their mark everywhere. One such woman carving her own path is Kalah O Bishop, an African American rapper, singer and entrepreneur from Buffalo, NY, with a strong inclination towards music since childhood.

Today, she is a renowned name in music and fashion, which she has demonstrated over several years in the industry with her unique contributions. 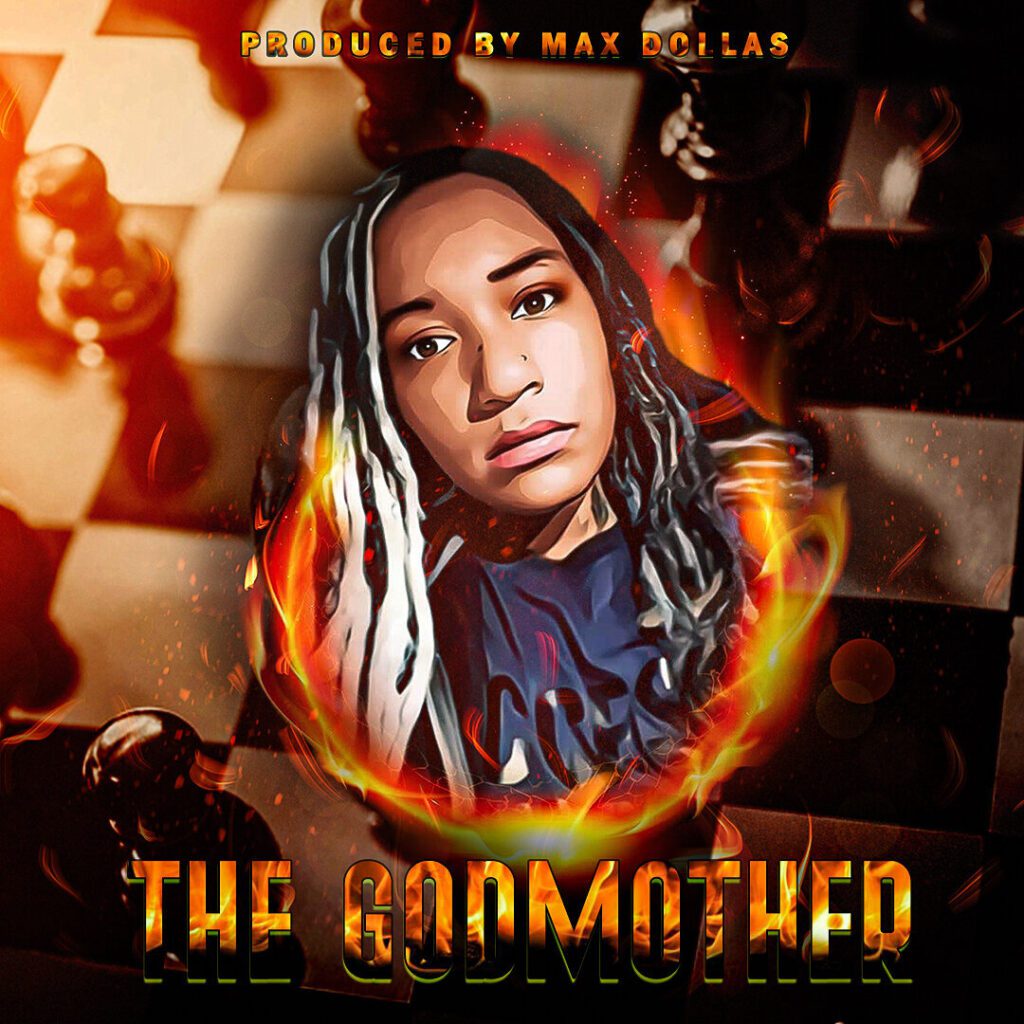 Music has the power to transform the mood, heart, and soul. Kalah produces heartfelt, real music that speaks from experience and conveys the trials and tribulations of life. Her music will offer you true life grit, pain, and love, the ups, downs, joy, pain, and success in life. To start with all odds stacked against her at birth and still standing strong, she is a personality that truly deserves our respect. Kalah has earned the right to speak into our souls with her incredible lyrics and metaphoric genius. There are not too many rappers to go toe to toe with Kalah Bishop.

Also known as The Godmother, Kalah was born on March 8th, 1988, to two hustlers, Otis Bishop and Michelle Bailey, who were consumed by the streets but tried their best as parents. She obtained her education from GED in 2005 and later received her nursing training from Trocaire College. She completed her college in nursing at Trocaire College in Buffalo, New York.

Kalah grew up in the street life; her brother, cousins, and grandmother all lived in the same house until she was eight and sexually abused. Drugs were easy to access and adversely affected her. A turning point in her life was her mother’s drug overcoming. It was the break Kalah needed, and it was also a major accomplishment considering where they lived and how readily available drugs were. Her mother returned, and Kalah and her brother moved back in together. A few years later, Kalah got involved in smoking weed and selling drugs, leading her down the wrong path.

At 16, she went to jail for possession of firearms. She was eventually let out as she was a juvenile and due to a lack of evidence in her case, which transformed her life. She realized she was given a second chance. She started working for her living, but the streets kept calling. Two of her brothers ended up getting killed. Later in 2015, she went to federal prison, where she served three years for defrauding the government. She returned home in 2018 and put her heart and soul into music. Today, she has features with J-hood, Lil Chuckee, Datboi Skeet and Beanie Sigel and has been featured in Hip Hop Weekly, The Source Magazine, and interviews and podcasts.

Kalah possesses a unique rap style whose creative gifts were evident from a very young age. She started practicing rap when she was in school and continued honing her skills throughout college. She made her debut in the music industry in 2019 with her album “Release My Soul.” The album generated lots of buzz, which boosted her confidence, leading her to release another sensational song in 2020, “Give it Up”, from her second album, “Success Is Revenge.” This track was created with Beanie Siegel, a former label mate with JayZ. 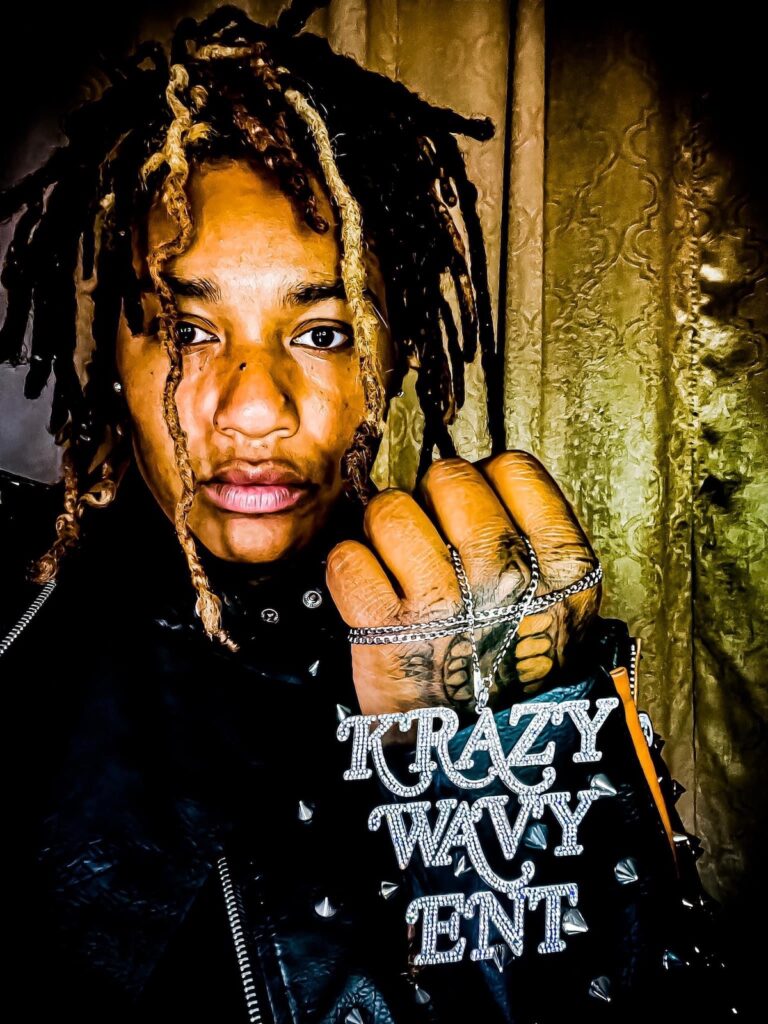 Taking The Rap Game To A New Level

Calling Buffalo Rap Star Kalah Bishop talented would be an understatement. She pens down some of the sickest, slickest and dazzling lyrical metaphors and is treading on Jay Z’S waters. Her songs are a journey through her life, a life that has been tested, tried, loved, rejected, redeemed, defeated, and victorious. The world embraces Kalah’s music because she is a healing medicine ball for a hurting world.

Kalah came to the attention of record executive Leon Derrick Youngblood, SR., a Talent scout for Sony Records, Atlantic records, and numerous publishing companies. “Kalah is a force to be reckoned with. I played her music for the heads of two companies, one in Finland and one in China. Both have agreed to release Kalah’s music in China, which is amazing. Kalah will reach one billion people. This is three times the population of the United States,” states Leon.

As a versatile lyricist and songwriter and with the influences like Nas and J. Cole, Kalah’s energy, talent and story-telling ability have made her a favorite within the Western New York music scene. In addition to performing for a loyal fan base as part of Western New York’s Hip Hop Community and being known for heavy-hitting punch lines and metaphors, Kalah’s original sound of music is on another level. Her lyrical versatility has placed her with opening up for some Hip-Hop heavy hitters, Uncle Murda and another Buffalo native, Benny The Butcher.

“Kalah is an incredible rapper with a unique rap style. If I had to explain who Kalah is, it would be a combination of Young MA and Nas.” – Leon Derrick Youngblood SR Multi-Platinum selling music producer for Chris Brown. 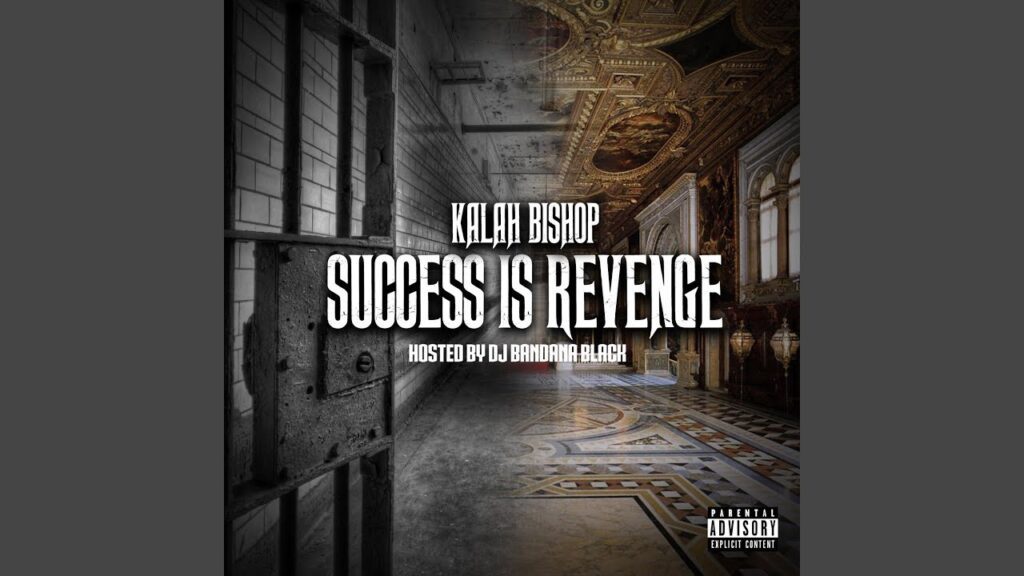 As a polymath, Kalah had always absorbed as much information about music as possible and carried the same traits into her professional life. After proving her mettle as a singer and rapper, she sought to venture into the entrepreneurial world and single-handedly launched a record label, “Krazy Wavy Entertainment.” She signed herself and other talented names with her record label, including Thee Devilish Angel, Skrillah Santana, Tatiana, Ceejay Carter, Shaina, Sadiqua Ivy, and Davette.

Kalah’s record label has released several songs and is well on its way to becoming a notable presence in the music world. She has worked with numerous global celebrities such as Lil Chuckee, a former label mate with Lil Wayne, J-hood, Datboi Skeet & Beanie Sigel. Her collaboration with Lil Chuckee mesmerized the audience with “Die Alone,” another stellar track by the versatile rapper.

Stepping Into The World Of Fashion – Introducing Humble High Horse

Kalah possesses a larger-than-life personality and has made some brave and impressive career choices that have led her to new heights. Even after achieving some of the most extraordinary milestones in life, Kalah did not cease her hustles. After establishing her successful record label and making her position in the music industry, she was ready to explore. She stepped into the clothing industry and started her venture, “Humble High Horse.”

Kalah O Bishop’s life has not been without its due share of challenges. She has received negative criticism and jealousy from strangers and friends throughout her life, and her race and gender further directed more abhorrence towards her. Despite these punitive experiences, Kalah refused to give up and stayed determined to learn new skills and create meaningful projects to become more successful with each passing day.

As a highly creative and curious individual with many talents, she aims to inspire and encourage as many people as possible. Along with her other ambitions, she is passionate about helping others reach their true potential in life. She wishes to do so by showing them that it’s just the beginning. Her music label and clothing brand empowers people and makes them feel valued. 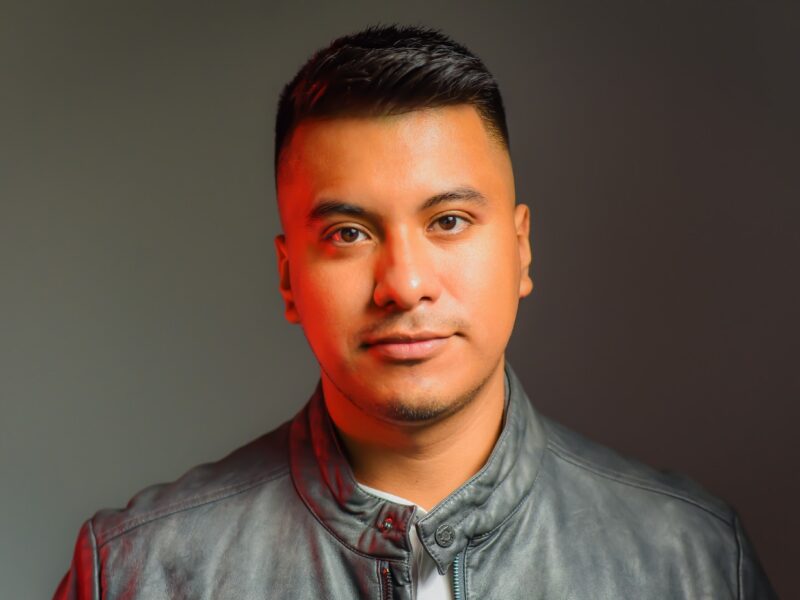 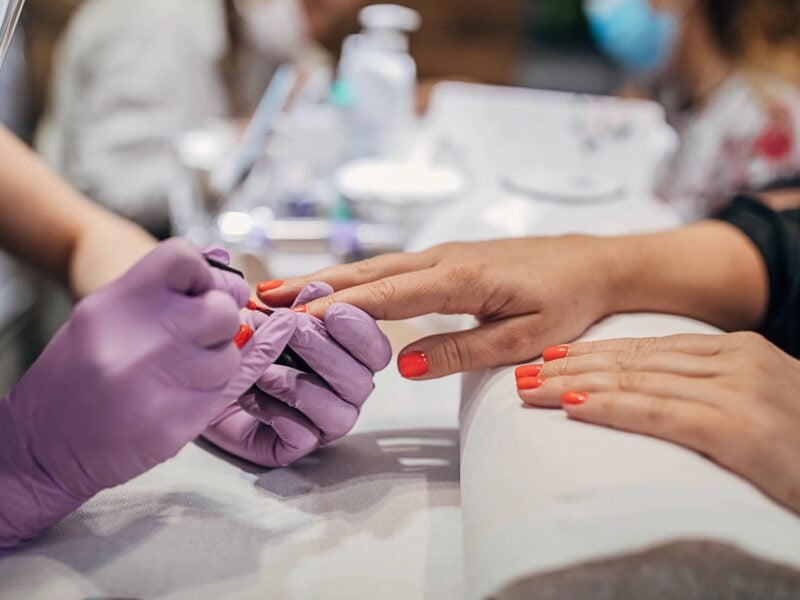 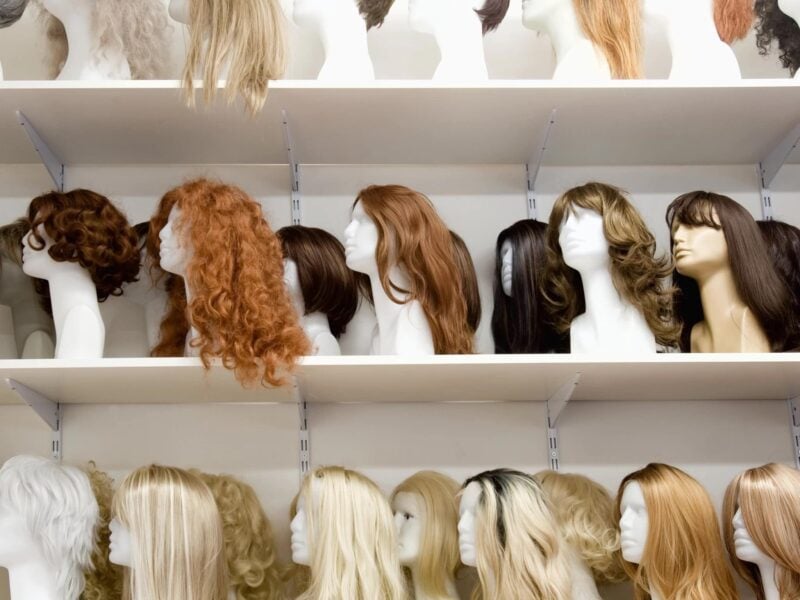 Things you should know about Tag Wіgs