Reel talk: The best documentary film fests in the world 2019

The year’s half over, but there are some great documentary film fests coming up. Grab your calendar and read on for our 2019 roundup.

You may have noticed that in the past five or even ten years, there’s been a conspicuous explosion of interest in documentary filmmaking. Once considered to be a more niche cinematic artform, documentaries are now one of the most in-demand forms of filmmaking for audiences who understand the captivating value of a great piece of creative nonfiction filmmaking.

So it stands to reason there are a lot more independent documentary film festivals you simply don’t want to miss out on showcasing the artform by providing a platform to some of the newest & freshest films from the world’s most fascinating modern filmmakers. To ensure you know exactly where to jetset or submit, here’s our ranking of the dozen best documentary film festivals in the world. 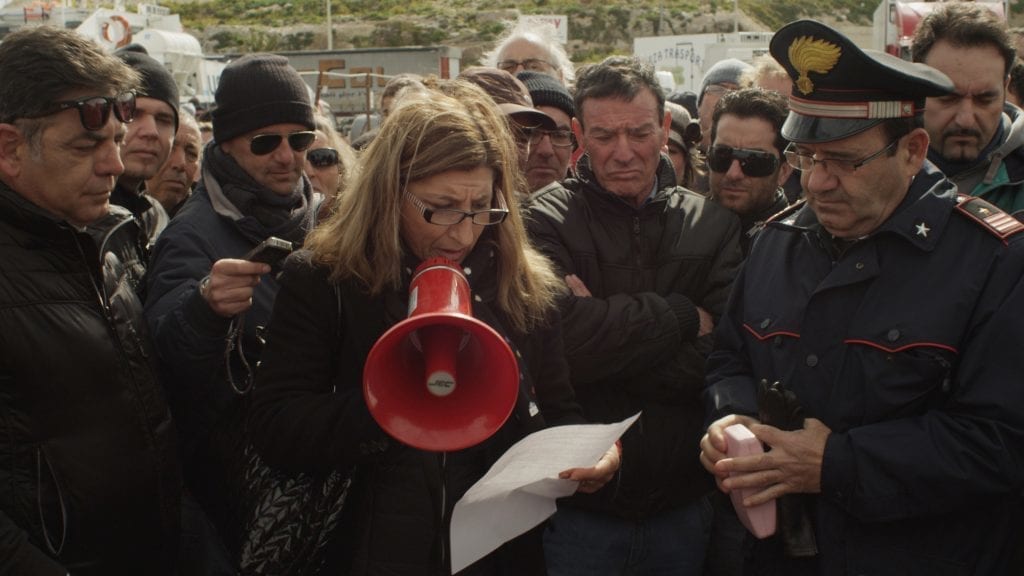 Submissions are now closed, but you can check the website for updates. 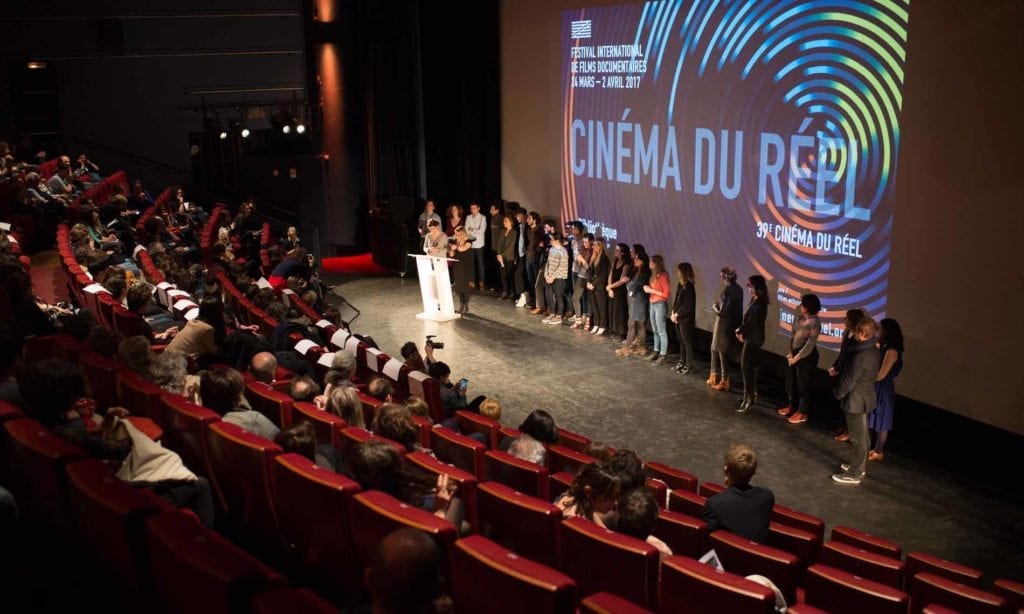 A prestige documentary event founded back in 1978 in Paris, the world’s cultural capital, Cinéma du Réel is one of the oldest and most respected film events in France, home of the New Wave and cinematic experimentation. The fest regularly screens up to 200 docs for guests in the tens of thousands every March. Newcomers to the filmmaking scene can also benefit from the ParisDoc scheme, a forum where amateurs and enthusiasts can attend workshops, seminars, and talks from industry professionals to give their projects a kick in the right direction.

Submissions are now closed, but you can check the website for updates. 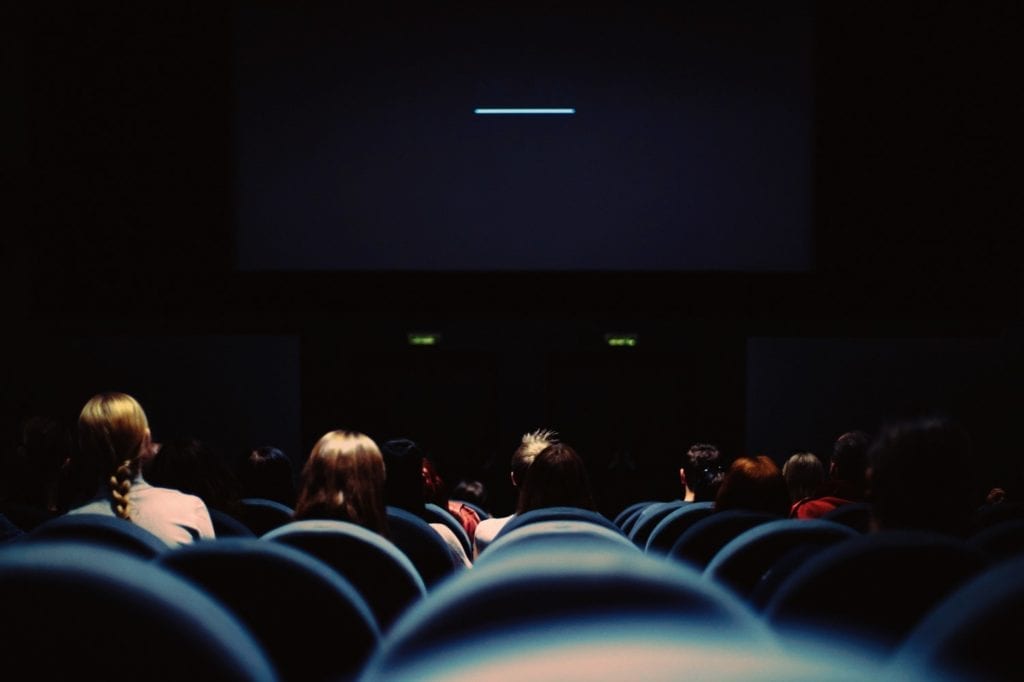 Notorious for being one of the festivals that helps Academy members narrow down their shortlist for Oscar consideration, DOC NYC showcases new and noteworthy documentary films and is now one of the biggest festivals of its kind in the US.

Submissions are now closed but are set to open again sometime this month. 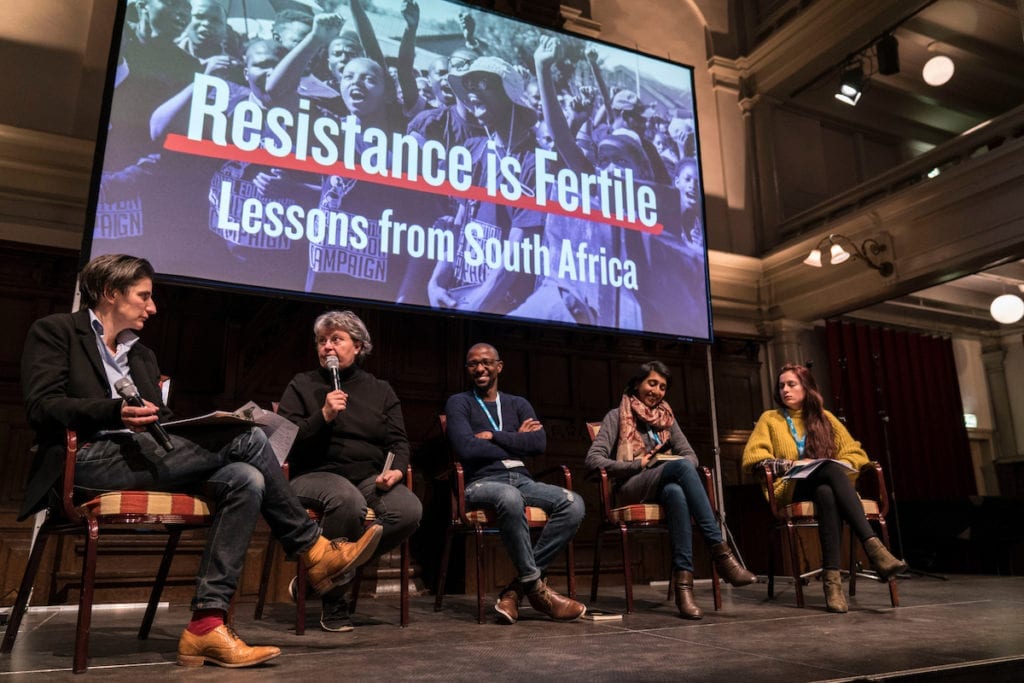 IDFA prides itself as one of the world’s leading showcases of all things documentaries, and it’s absolutely worth a mention here for the sheer quantity of programming available. Attracting seasoned filmmakers and newcomers alike, last year’s fest featured almost 300 stunning films from across the globe.

Four of the best docs from last year’s fest are currently touring the Netherlands, including Los Reyes, the renowned Chilean doc about two charming street dogs who roam a local skate park. In the meantime, international film fans can check out their website for free streaming and updates for this year’s program.

Submissions are now closed, but check the website for updates on submissions for 2019. 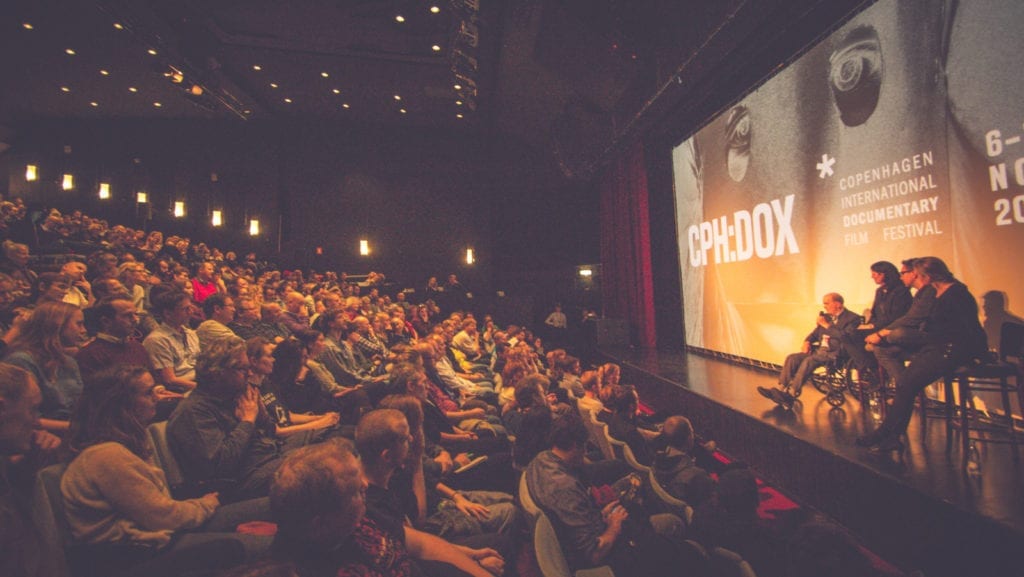 The Copenhagen International Documentary Film Festival is the largest of its kind in Scandinavia and one of the biggest in the world. Taking place over eleven days, the festival offers art exhibitions, concerts, and professional seminars alongside an impressive selection of over 200 international documentary films. The event reaches beyond the traditional formats of such a festival, and in 2018 it even featured a film program curated by British band The xx.

Submissions are now closed, but you can still apply for the DR Talent Award for a chance to fund your dream project. Additionally, the CPH:LAB will be open for applications in June 2019. 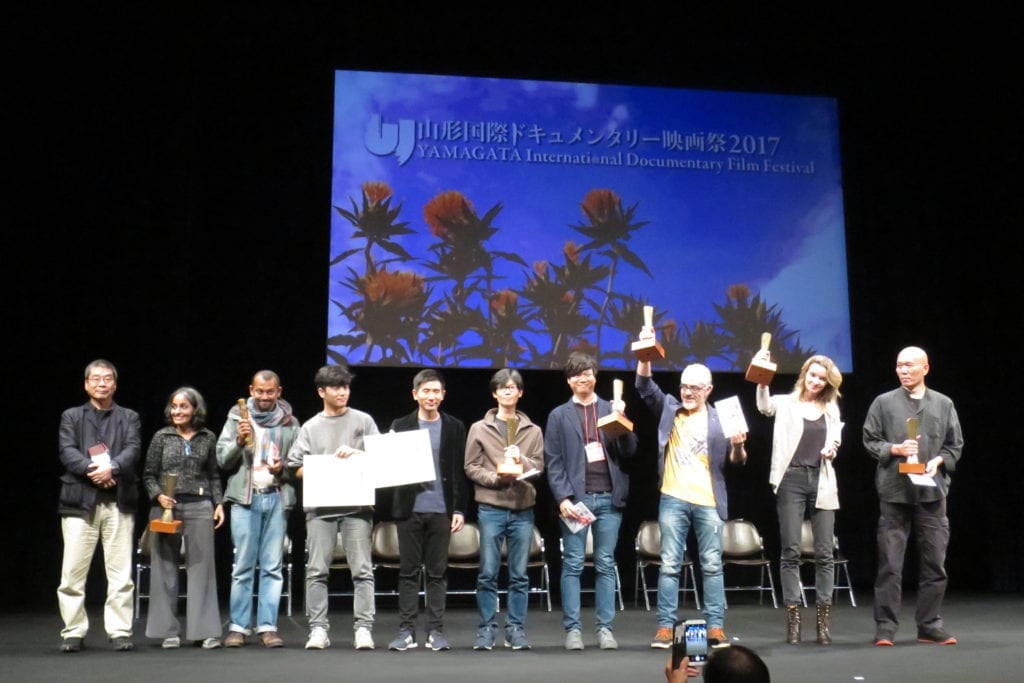 Submissions are now open until the 15th of April. 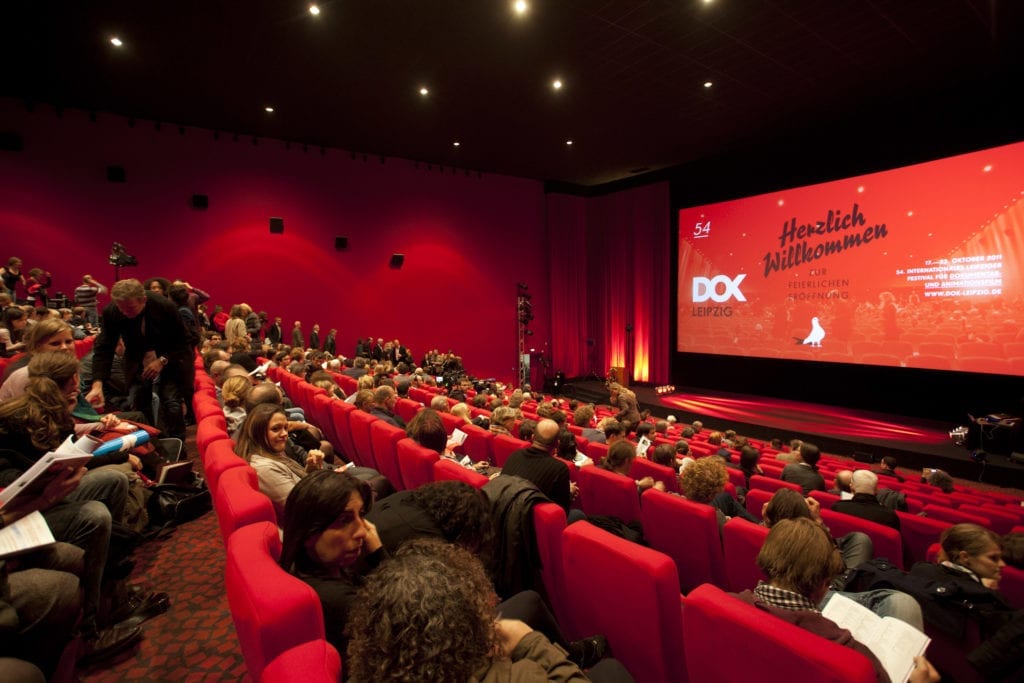 One of the oldest documentary film festivals in existence, DOK Leipzig was founded in 1955 and has become Germany’s premier documentary film festival, with a widespread international presence. Known for highlighting films of distinctive technique and aesthetic that challenge the genre within the festival, DOK Leipzig also provides public screenings in the central train station of the city and offers an industry networking program.

Submissions for documentaries, animation, and interactive works open on the 3rd March. 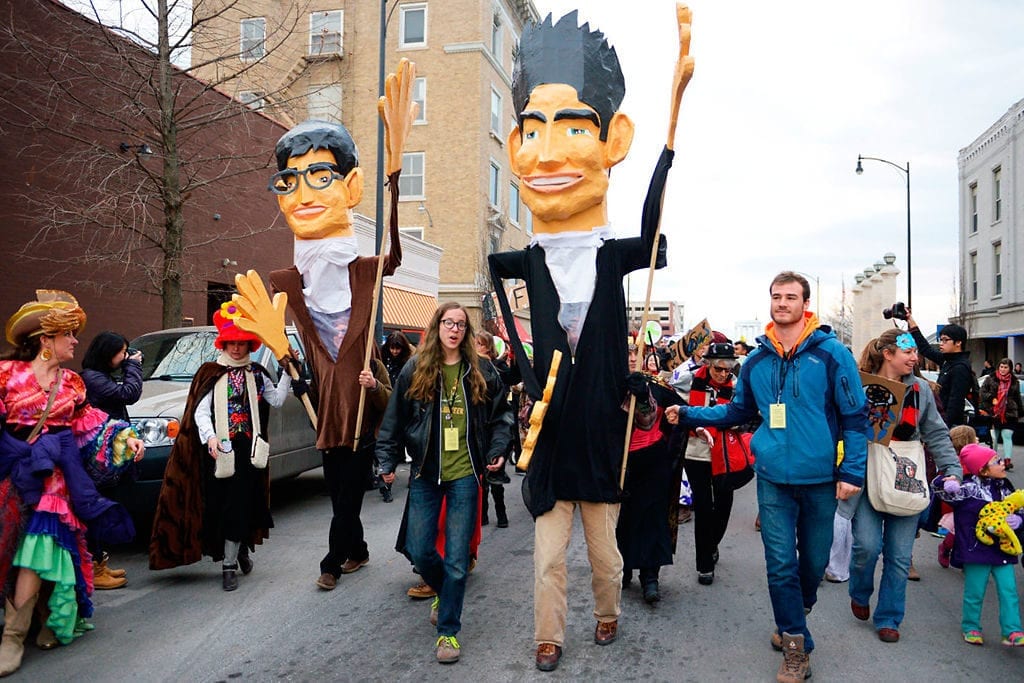 Columbia, Missouri plays host to what organizers describe as being a “transformative, rambunctious, ecstatic experience”, as the True/False Film Festival amplifies the possibilities of creative nonfiction and the future of the artform with a four-day screening program. The festival is respected for being a champion of forward-thinking work and for its incredible community spirit.

Submissions are now closed, but you can check out the complete schedule here. 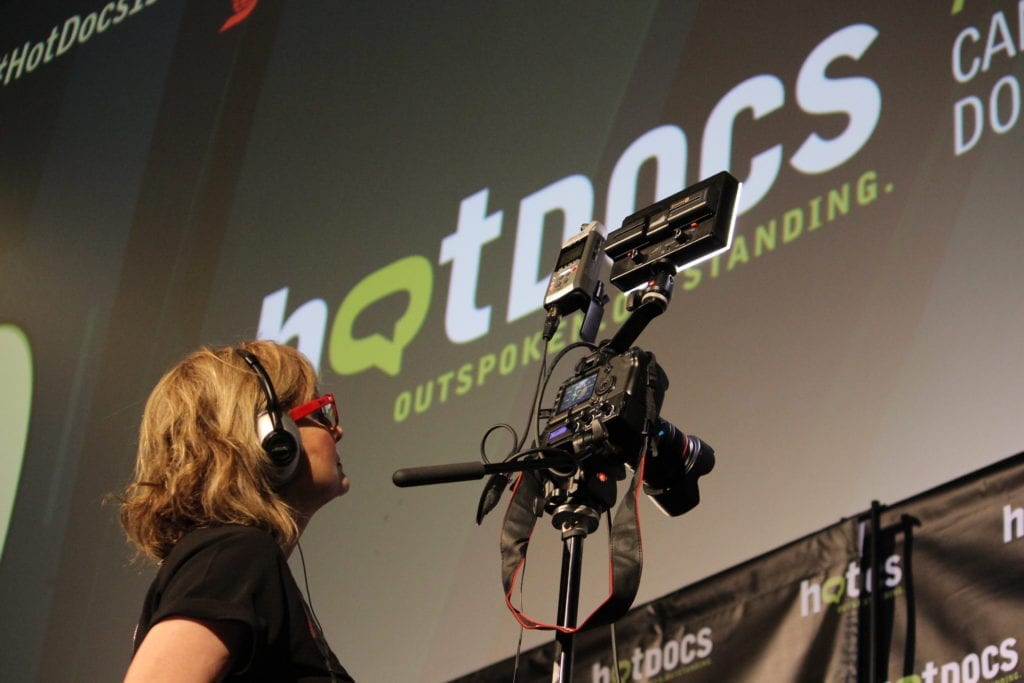 The Toronto-based festival is one of the most respected in the world, with over 200 innovative documentaries screened every year. Known for showcasing films of an outspoken nature, Hot Docs also acts as a non-fiction marketplace at which ideas get sold and bought, with a great deal of professional development and networking opportunities available for documentary professionals.

Submissions are now closed, but you can buy a pass right here. 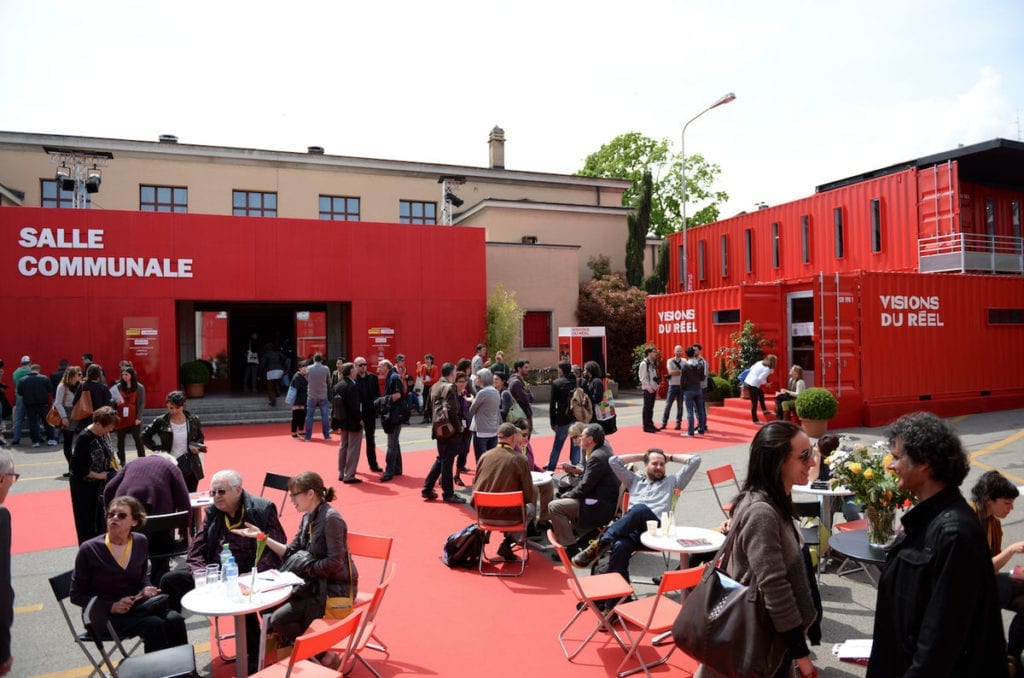 Featuring an abundance of world premieres often accompanied by the films’ directors, Visions du Réel offers a varied program of high-profile screenings alongside masterclasses, debates, and networking opportunities. The festival is open to diverse interpretations of documentary films and showcases everything from personal essays to experimental accounts, and fragmentary stories alongside major reports and historical inquiries.

Submissions are now closed, but keep your eye out for the program announcement on the 11th of March. 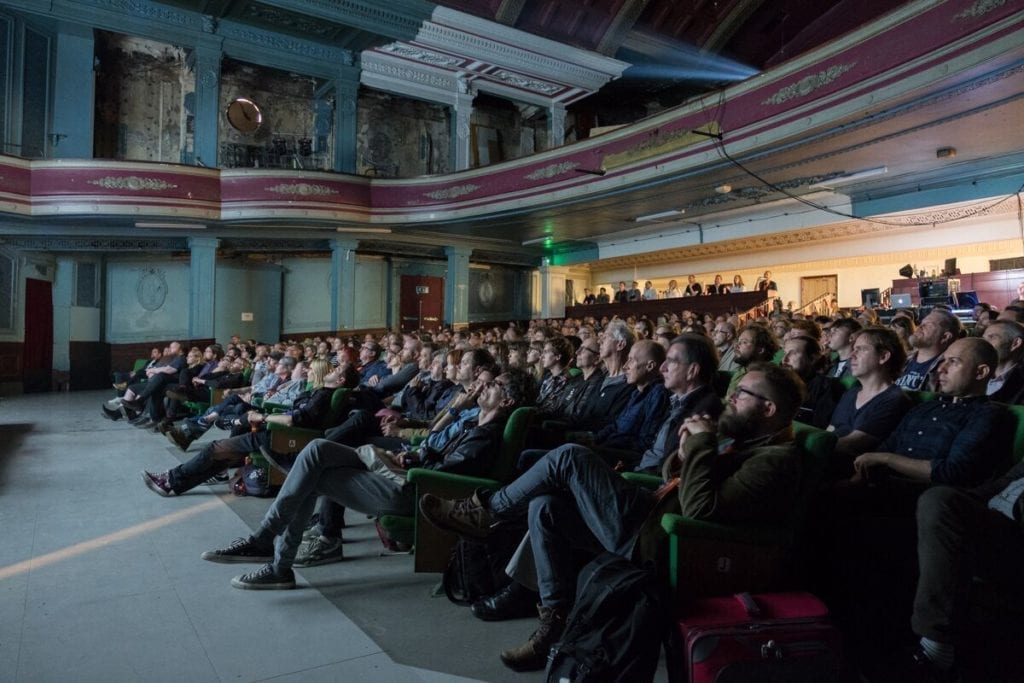 Having just celebrated the 25th edition of the festival, Sheffield Doc/Fest continues to establish itself as one of the world-leading non-fiction independent film festivals. Comprised of the very best international documentary screenings, consistently insightful talks from high-profile guests, an industry marketplace, and an alternate realities program for innovation in interactive, augmented, and virtual reality projects, Sheffield Doc/Fest is one of the most cutting-edge documentary film fests going.

The fest has recently introduced their Alternate Realities showcase, interactive experiences that blend film, Virtual Reality, lights, sound, and sculpture. Feel free to go the extra mile and turn your film project into something out of this world!

Submissions are now open until the 4th of March. 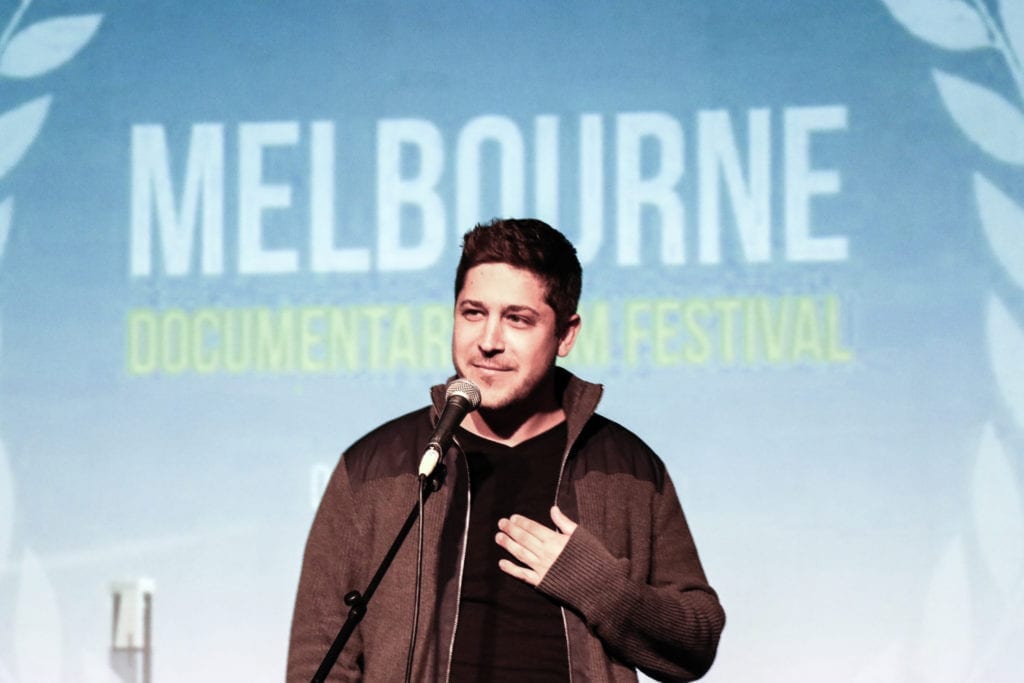 Melbourne Doc Fest might still be new, but it’s quickly rising to become one of the most well-respected and thought-provoking festivals in the world. Curating features from the world’s biggest and most prestigious global showcases, Melbourne Doc Fest provides a leading platform for the most inventive and creative nonfiction films of today. In fact, we’ve made it our top pick due to the festival’s consistently extensive program.

For 2018, this included unique pop culture cuts such as: Takao Goutsu’s Living the Game, following various eSports personalities as they battle it out on Ultra Street Fighter IV over the course of a year; timely geopolitics pieces like Thor Neureiter’s Disaster Capitalism, unveiling the seedy underbelly of the global aid and investment industry; and dazzling portraits of mesmerizing cultural troubadours like Sophie Fiennes’s Grace Jones: Bloodlight and Bami, David Austin’s George Michael Freedom, and Kieron Walsh’s Anjelica Huston on James Joyce: A Shout in the Street.

Kicking off with humble beginnings, the internationally acclaimed festival has now shot to the top of esteemed rankings, appearing three times in FilmFreeway’s Top 100 Festivals of the Year. In less than a decade Melbourne has sky-rocketed to a priority position among the best of the best, consistently placing in the top 2% of some 6,000 or so worldwide film festivals. Though MDFF is now celebrated globally, the fest remains steadfast to its roots, continuing to support local Australian talent and newcomers alongside international documentarians.

The festival attracts top-tier talent while maintaining its unique independent spirit, making it a must-attend event for cinephiles everywhere. We’d strongly recommend making this your top pick for all budding documentary filmmakers, and they’re currently open for submissions of features, shorts, web series, and video essays. So if you need that extra push for your last day of shooting or that edit you’ve been sitting on for weeks, let this be your reminder to get it finished!

Submissions are now open until the 19th of March and you should contact [email protected] if you’ve got any questions.