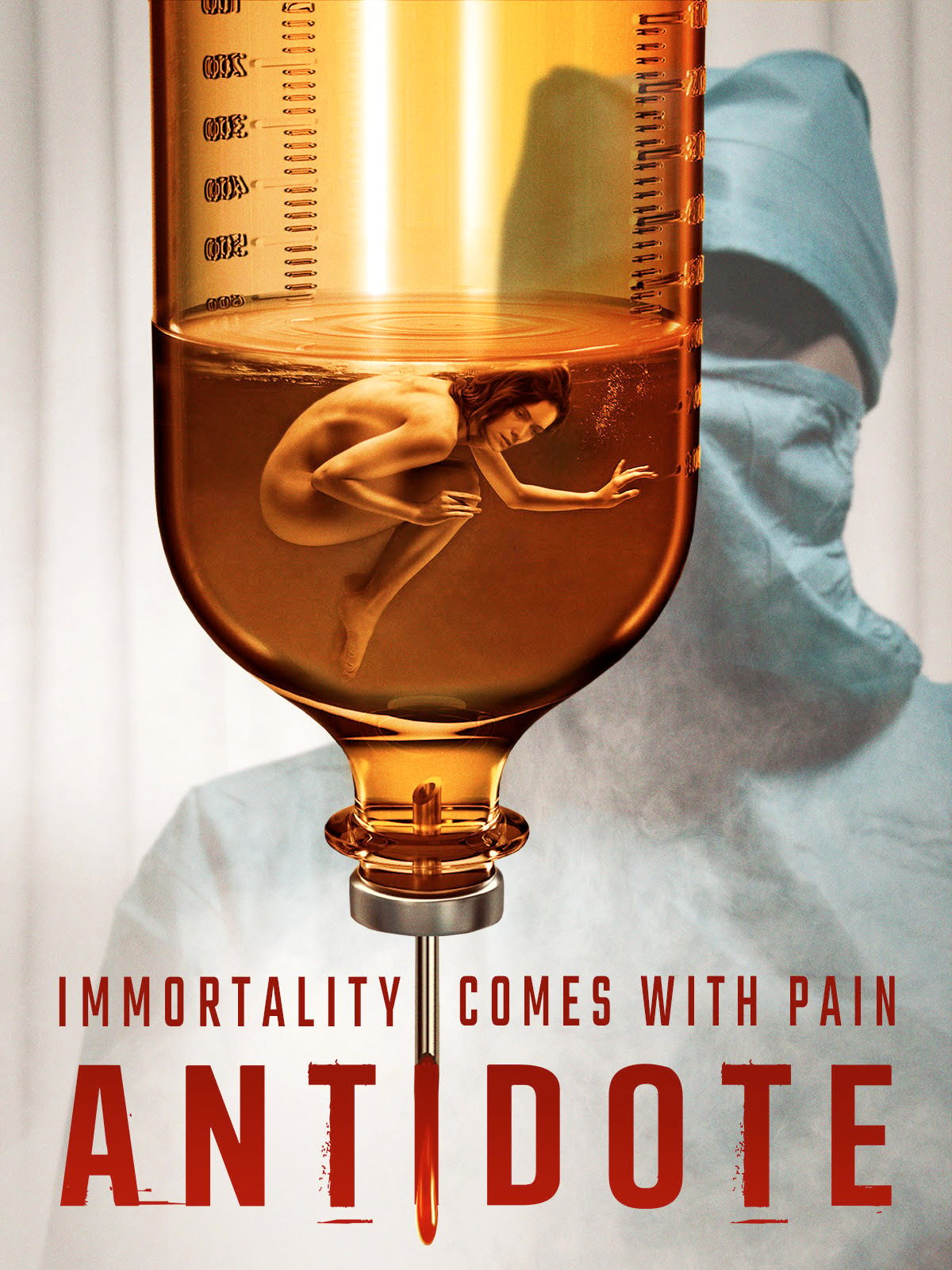 Ashlynn Yennie and Peter Daskaloff on their new thriller ‘Antidote’

A new type of thriller is coming for you with the release of Antidote. Directed and written by Peter Daskaloff & produced by and starring Ashlynn Yennie, Louis Mandylor, and more, the thriller offers a new twist on an overdone trope.

Trapped in an underground medical facility, Sharyn (Yennie) is fighting for freedom as patients are mutilated and healed using a new experimental medicine: panacea. Bringing the thrills and intensity up to an 11, Antidote is an experience you cannot miss. Antidote is being released May 11 2021 on VOD & DVD from Un’corked Entertainment.


We spoke with Yennie and Daskaloff about the film and their careers in Hollywood.

Tell us about your filmmaking journey. What did you do before becoming actors?

I grew up in a small town in Wyoming and basically, always wanted to be an actor. My first play was when I was four and I got the bug and it never went away. When I was 19 I moved to NYC to attend NYCDA Conservatory. That really changed me as a person and actor. I will always be grateful for the amazing training I had in NYC, there is really nothing like it.

What film inspired you to be an actor?

I don’t remember just one film inspiring me to become an actor but I loved theatre, dance and film from a very young age. I also loved playing pretend.  I was a shy child but becoming someone else gave me this surge, this confidence that I didn’t normally have and dance let me lose myself in movement. I just love diving into characters & becoming someone else for a bit.

My daughter. She is a year and a half. Watching her grow and evolve into a little person is inspiring. Everything is new to her, watching her chase a butterfly, pick clover in the grass, taste something new. It’s really amazing. I truly think I have become a better actor after giving birth to her. It changed me, I am more connected, more present, more selfless.

What’s your experience with mentors? Would you recommend them for up and coming actors?

I had a mentor in NYC and I highly suggest for anyone no matter what field you are to find a mentor. There is a lot to be said when you align yourself and goals with someone you look up to. The guidance they offer is priceless.

I would most definitely consider myself an indie actress. I love indie film, it’s challenging, not cushy or glamorous by any means, but it is such a fun ride to spend a few months with a crew of people and make art together. I will never stop doing indie films, there are so many great stories to be told.

You’ve been in a variety of films. What drew you to Antidote?

I came on board to the project pretty late in the game. I had worked with the DP, Lucas Pitassi, earlier in the year and he suggested me for the role after their lead actress backed out right before filming was set to start.

He sent me the script and told me nothing about it, I read it blindly. It was intelligent and having done horror before I knew it would have massive audience appeal.

You wore multiple hats during Antidote. What was that like?

At first on set I was strictly just talent, but as we got further into filming the director Peter and I have a very good relationship and he would ask my opinion on things. I am also a bit psychotic about continuity while filming and I would make mental notes about everything, which came in very handy, especially cause we shot so out of sequence.

I had a small production company a few years ago, making shorts and music videos so I am familiar with producing but diving  more into the role of producer after we wrapped principal photography has been awesome. I have found a new avenue I really enjoy and I will be producing more projects in the near future.

What inspired your performance in Antidote?

The story; it’s a gritty mortality tale that dramatizes the rights and wrongs we do as people, even though my character’s heart is in the right place. It’s very relatable, because at some point in life almost everyone of us has been in a situation where our  moral compass has failed.

What was your experience on set with Antidote?

One word: INTENSE. I worked everyday and am in 90% of the film. As an actor, you have to understand the responsibility you have in playing the lead in any project. You have to be mentally and physically prepared as well as emotionally free to do your best work when the pressure is on. This film also had more stunts than I have ever done, so that was such a fun experience.

Every role is different.  Sometimes I can easily find the character’s voice, as she may not be that far off from myself, but sometimes I have to do more work to find her within myself. I am Meisner trained so I use that method most when working.

What’s your favorite part of acting?

Creating, and seeing a project go from paper to screen. Playing with other actors and being inspired by how they work and how different we all are. I love that a crew is made up of artists with one goal, to make a great final art piece, the lighting, the shots, the costumes, the set design, the makeup … all of it. There really is nothing like being on set.

What great actors inspire you?

Ohhh there are too many but off the top of my head …. Cate Blanchette, Laura Linney, Phillip Seymour Hoffman …. the list is really endless.

What has been your greatest success and failure in your career?

I have a motto I love by: “ What you think is going to be your big break probably won’t be and the thing you think won’t go anywhere probably will, so do your best work in all projects, treat them all the same.“

I have had many failures and some definite wins but I like to think of them all whether good or bad, great experiences cause I gotta do what I love, create art and grow as a person.

Any indie actors or filmmakers should be on our radar?

My buddy, Sam Gonzalez Jr. He directed me in a short last year called The Springfield Three, currently making its way around festivals. He is one to keep your eyes on.

Living in LA, raising my daughter and telling stories, same as I am doing now but with more experience and wisdom.

Amy Heckerling, because she would be able to capture that small town 90’s teenage girl vibe, that was my life growing up in Wyoming.

Do you have any episodic TV in the works?

I have a new Lifetime movie of the week, Killer Cheerleader, coming out this summer.

Like most people during this time, I have started creating my own projects.  My fiancé (Michael Mattera) and I are writing together and have a few scripts in development that we hope to film in 2021. 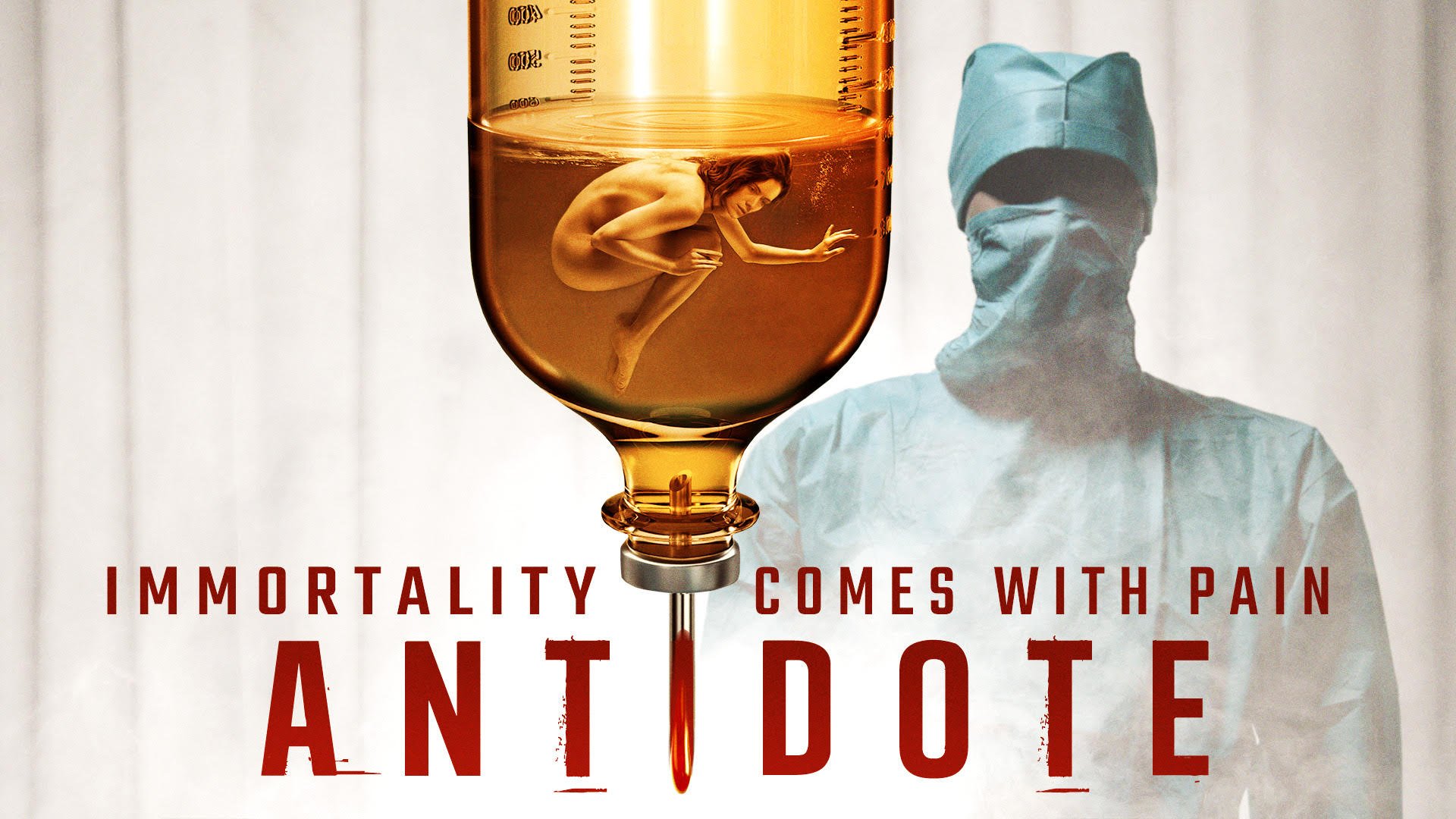 Where did the concept for Antidote come from?

In May 2018, I came across an announcement for a Horror Screenplay Contest, the grand prize was $1,000 and the deadline was in two weeks. I didn’t have anything better to do, so I wrote a script and sent it in.

The title was Bloodstained. It didn’t win, but I liked the concept of the story and kept developing in. Many rewrites later, the title changed to The Facility, and then during the shooting, we changed it again to Antidote. It is a story about relationships masquerading as a horror movie.

What was it like on set for Antidote? What did you learn from the experience?

Our set was supposed to be this enormous facility with a maze of dark tunneling corridors lined up with countless rooms. The problem was that we could afford only a 5,000 sqft warehouse.

So we built one long hallway, and kept re-dressing it as the actors moved around to create the reality of many different hallways in a large facility. Basically, what we learned on that set was that you don’t need a big budget to make things look big.

Where did you get your start in filmmaking?

In 1993, I made a low-budget T&A comedy titled Sex and the Single Alien. It’s a cheap and campy movie which at the time ran on HBO, then on USA After Dark.

It always starts with the script. I have to know how a story begins, and how it will end in order to have a purpose. Once I have that, I start filling in the middle, developing the characters, etc.

I love stories that make us doubt the reality of what’s happening and give us insight into other possible realms. It’s fascinating how human imagination works, craving for symbolism and finding it in sometimes incredible situations.

What’s the reaction to Antidote been like for you?

So far, the reaction has been amazing.  Of course, we will get the full scope after the film is released, but the initial response has been awesome.

As soon as the Covid situation permits, I’m going to shoot a short film titled The Diamond Ring and after that I have a feature film project titled The Signature. This one will be big. Really big.