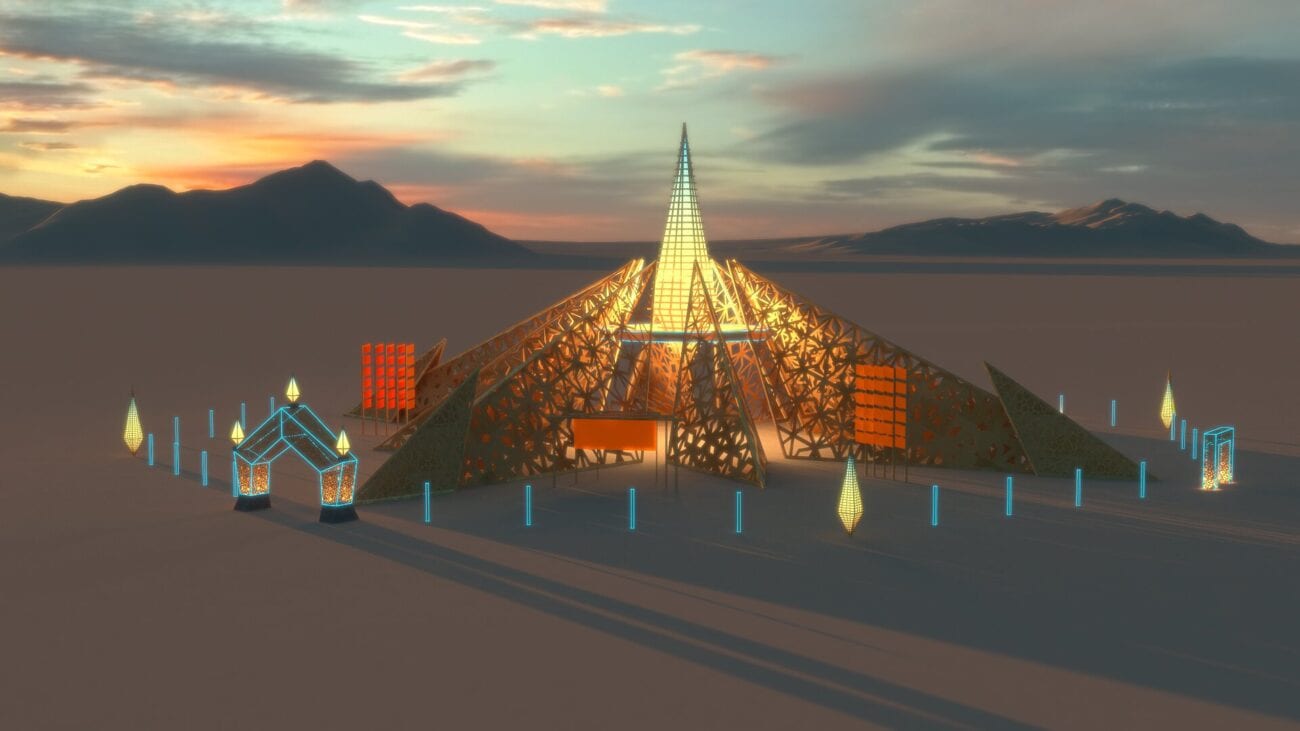 Not everything was canceled: Burning Man 2020 still happened

Coachella, the NHL season, the Tony Awards; All events cancelled thanks to COVID this year. Technically speaking, Burning Man should also be on that list, as the formal 2020 installment was cancelled back in April. But fans of the annual festival of self-expression decided if the six founders said no to the festival, that wasn’t going to stop them.

If you find yourself down in the playa, better known as the Black Rock Desert, you can enjoy the classic festival after all in 2020. Besides, isn’t that the whole point of Burning Man anyway? Going against the norm and even having some anarchic tendencies? 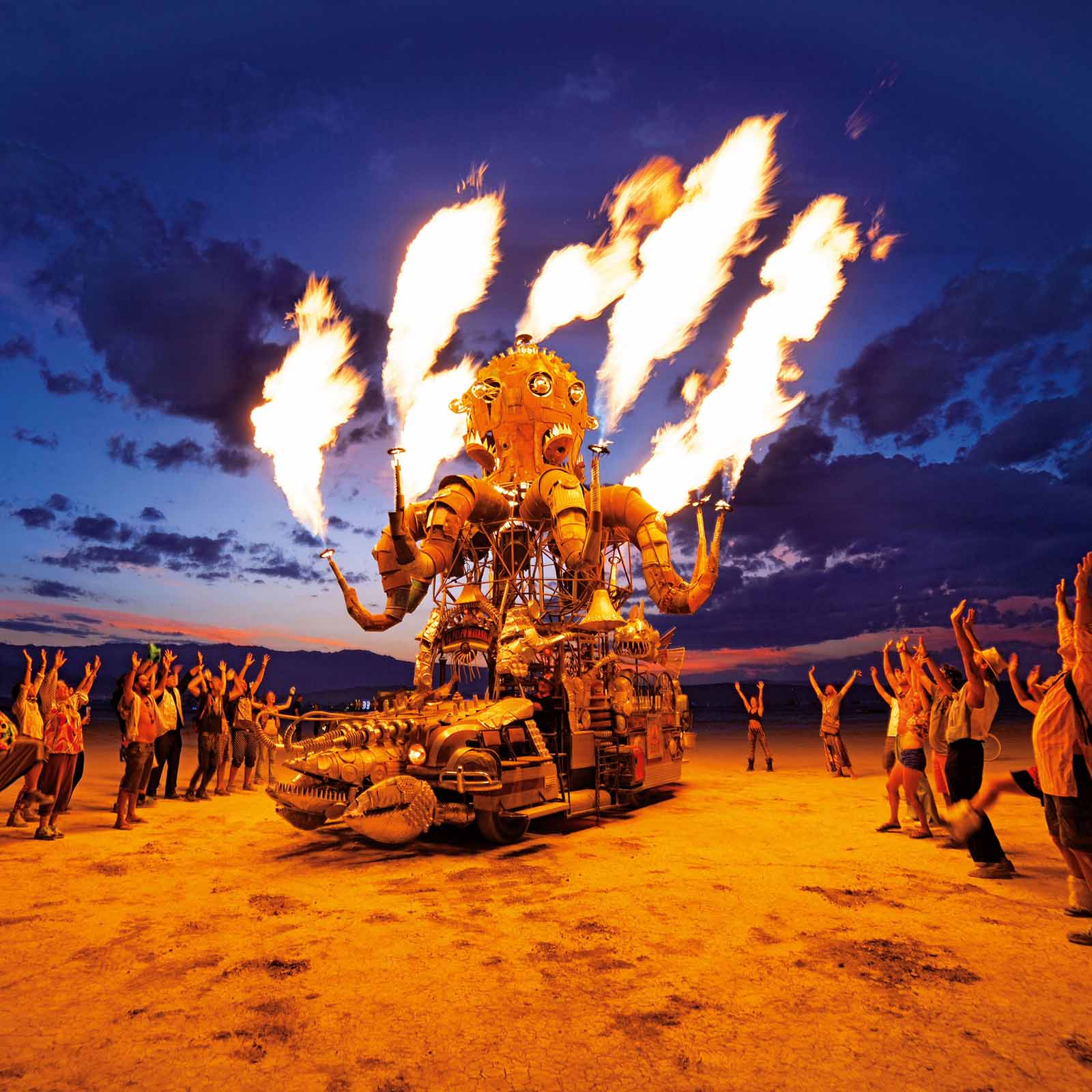 What even is Burning Man?

If you’ve only even heard of Burning Man by name, this may all seem like a lot. Burning Man, held since 1986, is a yearly festival where bohemians and free spirits gather to create, build, and just live their lives as they want without any intervention from outside forces.

While it definitely comes across as a “hippie festival”, Burning Man invites anyone who wants the freedom to live their life as they choose to come to the desert for a week and create with others. However, it is an interactive festival.

Those who run Burning Man expect you to put your fair share of work in, whether it be in helping erect structures as part of the temporary city, creating art installation, or even just offering performances and other entertainment for visitors. As one Burning Man attendee put it during an interview with The Attic, Burning Man doesn’t ask “Why?” Burning Man asks “Why not?” 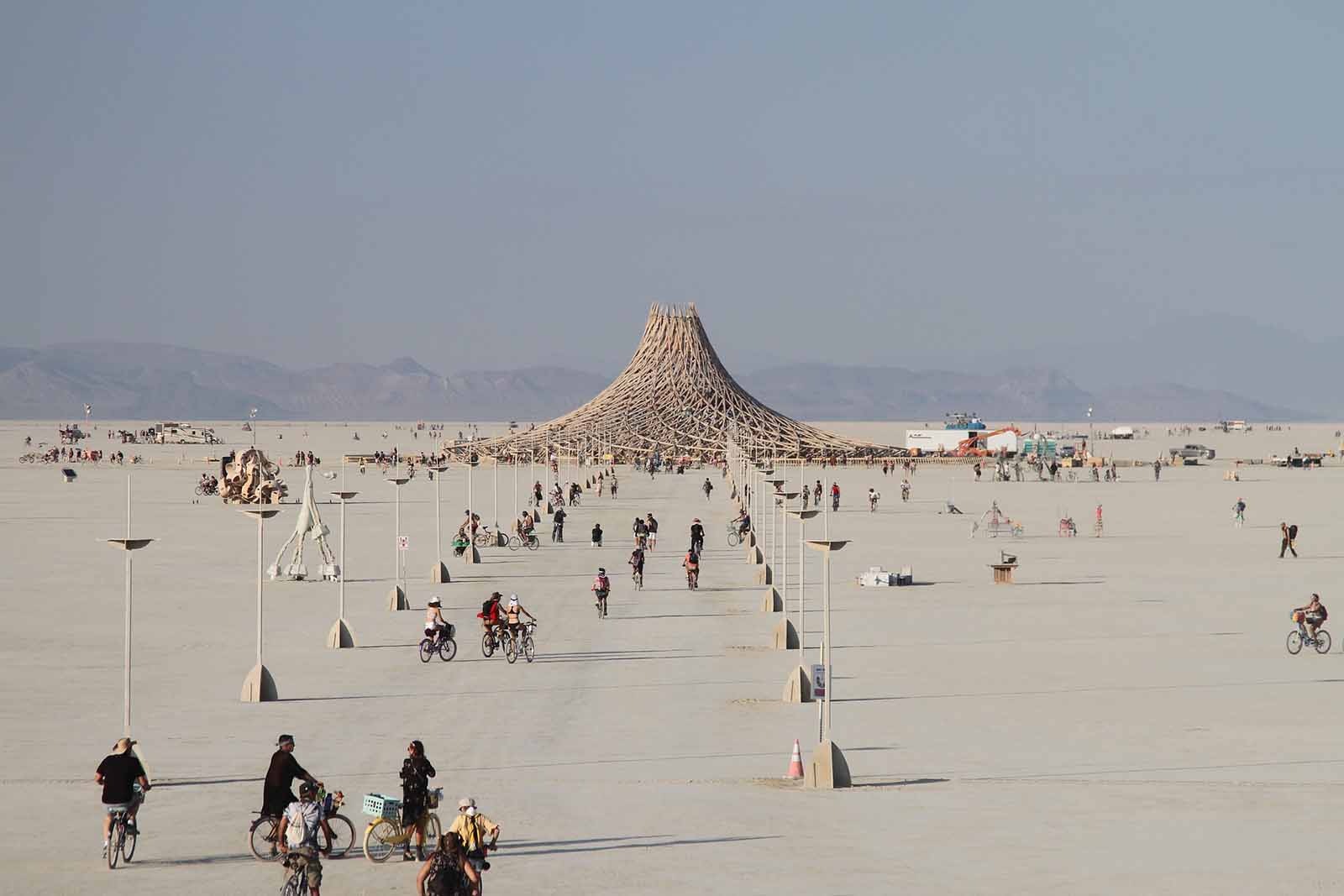 The official Burning Man organization behind the yearly festival had been promoting a digital festival for 2020 to keep organizers safe. But groups of past Burners have gathered on the playa in Nevada anyway to celebrate. Since there’s no formal festival, there is a lack of porta-potties and first aid care, but residents of the nearby Gerlach say a few thousand are still camping out for the make-shift festival.

Supervised by the Bureau of Land Management, the unofficial Burning Man has a much looser structure, as the campers can enjoy every square-mile of the 200-square-mile playa. As the theme for the digital Burning Man is “The Multiverse”, those creating at the in-person event are following the same theme. 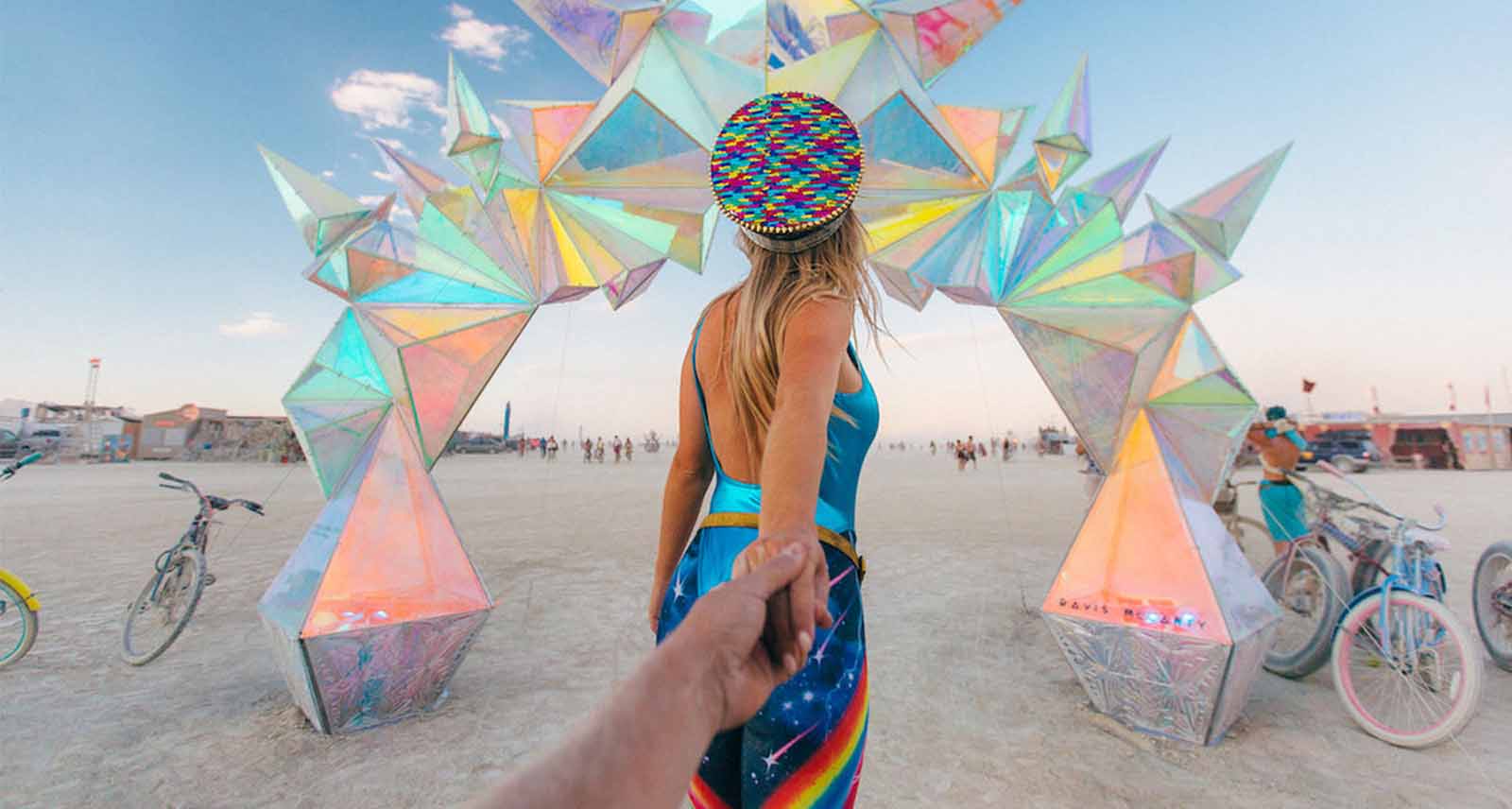 Is the festival safe?

While gatherings of so many people are highly discouraged due to COVID-19, the organizers of the in-person 2020 event recognize if someone came out to this makeshift Burning Man, they understand the risks.

Still, the groups are taking precautions to ensure they’re as safe as possible. Camps are set up over 200 feet from each other, and anyone engaging in closer interactions with other campers are being asked to wear a mask. The camps are how the Bureau of Land Management are keeping track of the attendees this weekend as well.

Of course, it’s still summer, so the heat is a major concern. Weather reports for the playa are predicting triple-digit temperatures, so the BLM are encouraging campers to stay cool, and stay hydrated. Due to the heat, no actual burning of “the man” is allowed this year, to help with fire prevention. 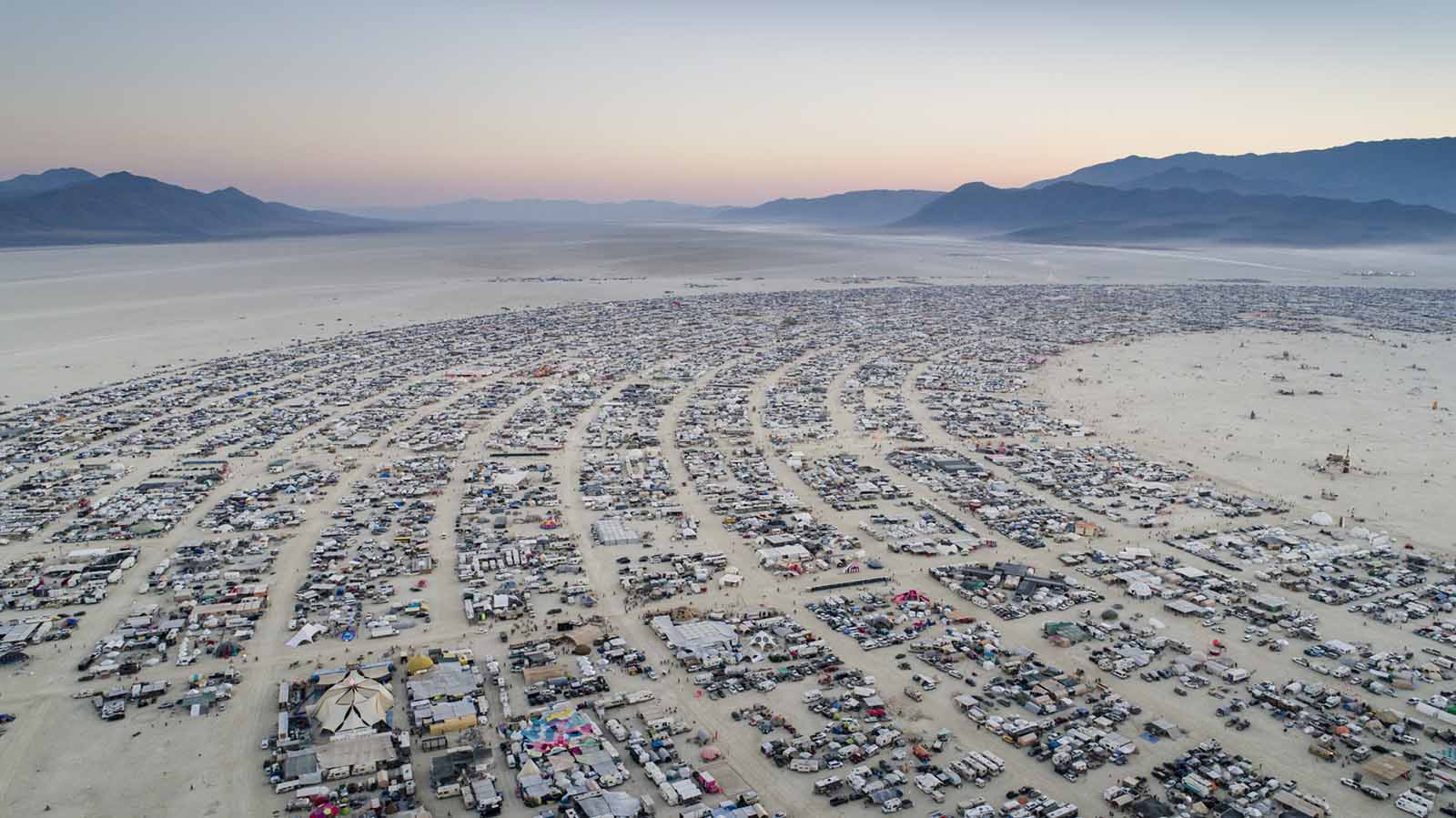 Can other festivals still happen in 2020?

The success of this makeshift Burning Man 2020 may encourage other festivals to look into adjusted in person events for the remainder of the year. However, Burning Man has over 200-square-miles of area to spread out on, giving it an advantage over most festivals occurring in cities.

Regardless if other festival-goers decide to follow Burning Man’s example or not, it’s great to see the free spirit of Burning Man live on in 2020, even if it’s not to the full extent.