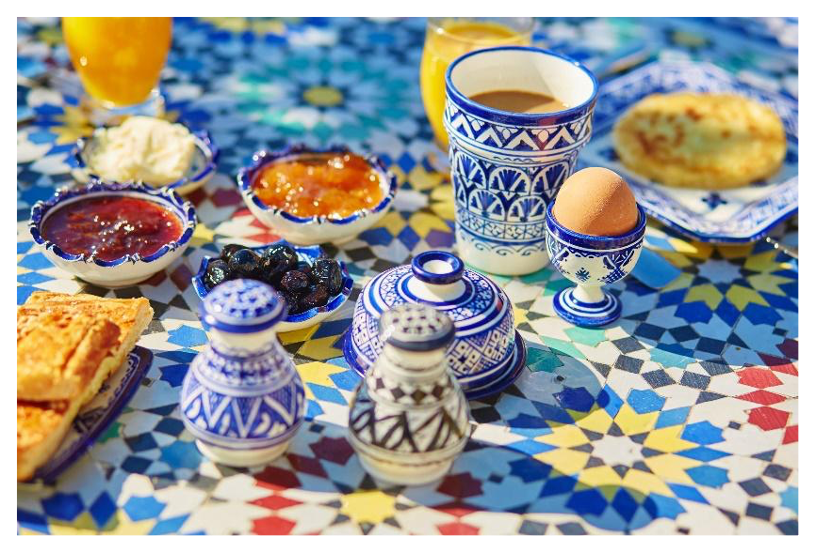 A taste of Morocco: Exploring the country’s rich and diverse cuisine

Morocco is a nation that is very rich in culture and heritage, and its food is not an exception to this rule. The cuisine of Morocco is characterized by a unique and delectable amalgamation of tastes and spices; its origins may be traced to the Mediterranean, Africa, and the Middle East. The cuisine of Morocco is as varied as the landscape of the nation itself, from the busy marketplaces of Marrakech to the quaint towns tucked in the Atlas Mountains. It is advised that you arrange your vacation to Morocco with Morocco tour operators since everybody’s taste buds are different, and Morocco has a lot to offer.

The cuisine of Morocco is renowned for its complex and varied taste profiles, which are achieved via the incorporation of Berber, Moorish, Middle Eastern, Mediterranean, and African culinary traditions. Tagine, a slow-cooked stew prepared with meat or vegetables and eaten with bread, and couscous, a basic grain meal that may be served with a variety of toppings, are two of the most well-known foods that originate from Morocco. Tagine is a stew that can be made with either meat or vegetables. Herbs like mint and cilantro are quite popular, while spices like cumin, turmeric, and saffron are often utilized to provide depth and complexity to the recipes in that they are added. Olives, lemons, and eggplants are just a few examples of the many different kinds of fruits and vegetables that are used in Moroccan cooking.

Couscous
Couscous is widely considered to be one of the most representative dishes of Moroccan cuisine. This dish is prepared using semolina flour and is often served with a wide range of meats and vegetables. Despite its apparent simplicity, this meal is bursting with taste. Couscous is often prepared by first steaming it in a huge pot known as a couscoussier. This method has been around for centuries. The couscous acquires a light and airy consistency during the steaming process, which enables it to serve as an excellent foundation for a wide range of tasty toppings.

Tagine
Tagine is another dish that is often seen in Moroccan cuisine. The traditional accompaniments for this stew are bread or couscous, and it is prepared with a variety of meats, veggies, and spices. The stew is slow-cooked. Cooking tagine in a conical-shaped clay pot called a tagine is the traditional method of preparing this dish from Morocco. Because of the unusual form of the pot, the tastes are able to combine, which results in a dinner that is not only tasty but also soft and fragrant. Chicken tagine with olives and preserved lemons is one of the most famous tagine meals. Other popular tagine dishes include lamb tagine with prunes and beef tagine with apricots.

Mezze
The classic “mezze” plate is widely considered to be one of the most delicious and popular starters in Moroccan cuisine. This platter often contains a variety of tiny meals like olives, hummus, falafel, and a variety of different kinds of pickled vegetables. Mezze platters are often served as an appetizer before a more substantial dinner since they are an excellent way to explore a wide range of flavors and textures all at once.

Sweet treats
Moroccan sweets and pastries are also a treat not to be missed. Honey, nuts, fruits, and spices, amongst other things, are used in the preparation of a broad range of traditional desserts in this nation, which boasts a long and illustrious history of confectionery production. “Baklava” is a typical Moroccan pastry that is formed with layers of phyllo dough, butter, and honey. It is one of the most well-liked sweet foods in Morocco. Before being served, the pastry is often sliced into little pieces that have the form of diamonds or triangular triangles, and it is seasoned with a selection of nuts like pistachios, almonds, or walnuts.

Another kind of sweet pastry is called “M’hencha,” and it is a puff pastry that is filled with almond paste and is often formed into a spiral. Sometimes it is covered with sesame seeds. The classic Moroccan dessert known as “Msemen” is a square-shaped pastry prepared from semolina flour and butter. It is often filled with a variety of ingredients such as honey, almonds, and dates. Cookies called “ghraybe” are created of semolina flour, butter, sugar, and crushed almonds, and they are fashioned into crescents before being baked. “Makroud” is a kind of cookie-like pastry that may also be flavored with orange blossom water. It is prepared from semolina flour, has a filling of either dates or crushed almonds, and is rolled in sesame seeds.

The famous mint tea
Another famous component in Moroccan cuisine is Moroccan mint tea, which is a sweet green tea that is traditionally presented to guests as a gesture of welcome. Traditionally, it is prepared by steeping green tea leaves with mint and sugar, and it is often served in a glass that is traditionally used to serve Moroccan tea. Mint tea, also known as Moroccan tea, is also an integral part of Moroccan culture and hospitality. Offering mint tea to guests is a sign of friendship and respect, and it is often served as a welcome drink. Additionally, it is a common drink throughout the day, whether it’s with breakfast, lunch, or dinner, or even just for a casual visit. 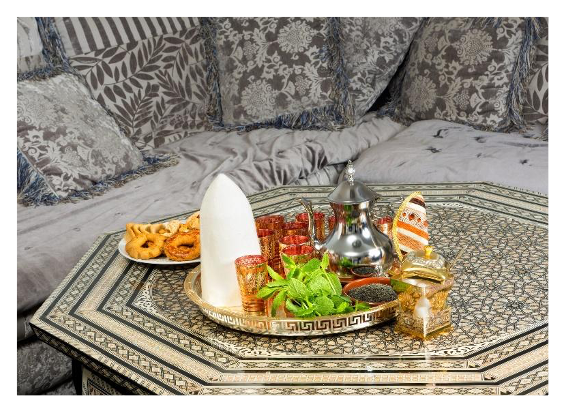 Moroccan mint tea is often served in a decorative teapot, known as a “berrad”, and poured into small glasses. The traditional way of serving Moroccan mint tea is an important ritual that is accompanied by a special way of pouring the tea from a great height, this is called “Sabring” and is done by the most experienced pourer, it’s considered a sign of respect and admiration.

Moroccan cuisine provides a broad range of tastes and textures, ranging from savory and substantial to sweet and delicate. This is due to the country’s long history of culinary innovation. It is a real expression of the country’s rich culture as well as its long and eventful past, and it features a unique fusion of elements from the Mediterranean, Africa, and the Middle East. It doesn’t matter whether you’re eating on the streets of Marrakech or sitting down to a traditional supper in a rural town, the cuisine of Morocco has something delicious to offer every kind of eater, and Morocco tour operators will guide you to the best cuisine of Morocco.

Bio:
Exploring Morocco Travel is a travel agency based in Morocco, offering a wide range of travel services to visitors from around the world. We specialize in creating personalized travel itineraries that allow visitors to fully immerse themselves in the culture and history of Morocco. 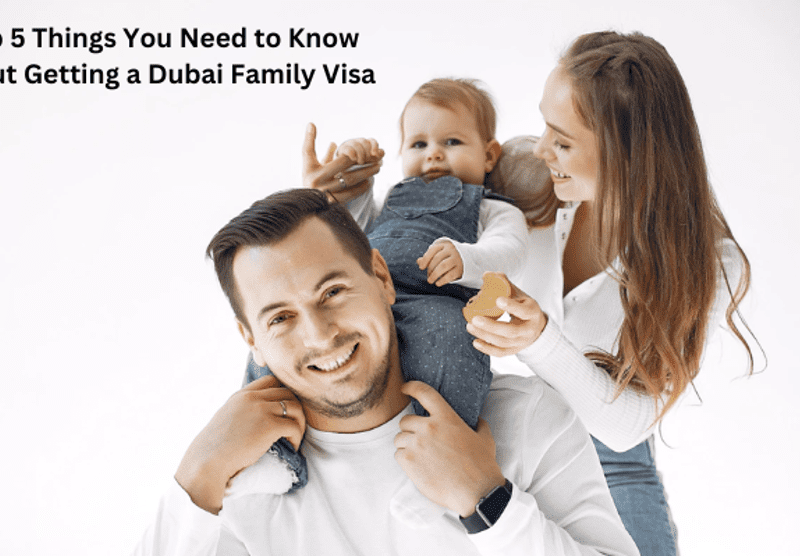 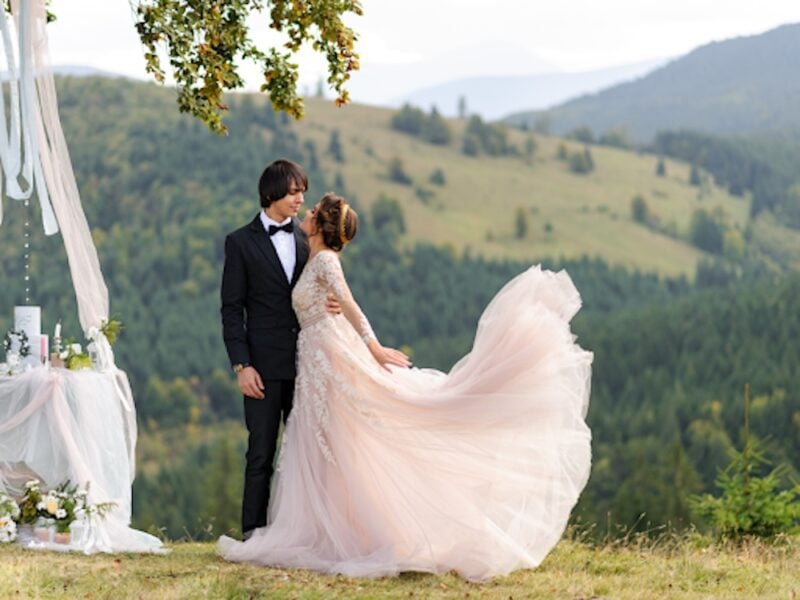 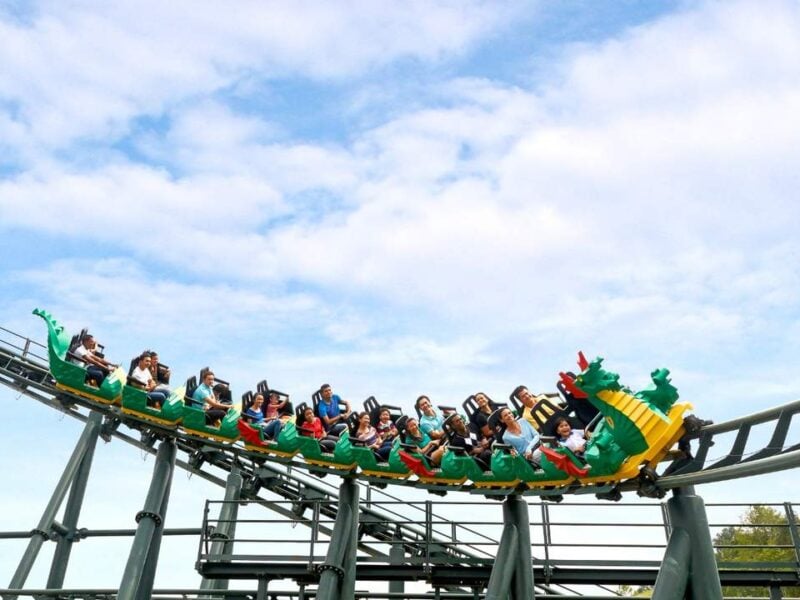