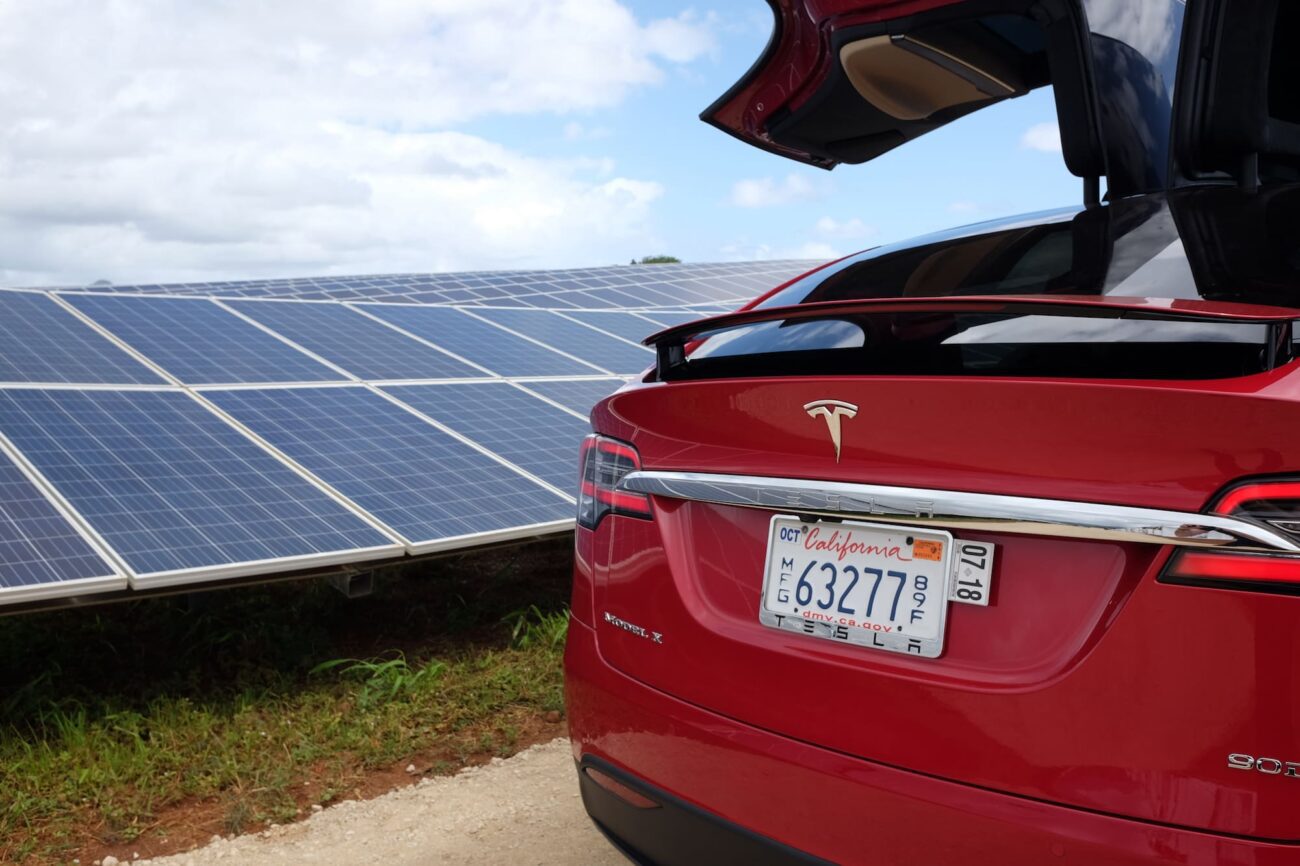 Why SIRC Should Take on Tesla to Democratise EV Charging

With a tidal wave of companies entering the electric vehicle market (including Volkswagen, Toyota and Nissan), there has been a surge in demand for EV charging stations

A lack of government investment in EV charging infrastructure may represent an opportunity for Green investors to democratise this sector.

America and the free world are facing an energy crisis. One can argue it is self-made, however everyone agrees it needs to be solved. Now that everyone in America is prepared to buy an electric vehicle to escape insane gas prices, we’re realising there is a problem: nowhere to charge the vehicles at home or when going on a long trip. Well there is: but it is nowhere near sufficient for our growing needs.

The Need To Match Tesla Charging With More Alternatives

Tesla is the face of American electric vehicles and clean energy, and despite the ‘go it alone’ narrative it purports about itself today, it was actually built with the help of billions of dollars in government subsidies under Obama’s administration. Combined, Tesla Motors Inc, SolarCity Corp and Space Exploration Technologies Corp are estimated to have received and utilised over $4.9 billion in taxpayer dollars.

Most of Tesla’s products, despite the huge public payoff of major pollution reductions, remain a wafer-thin market that the majority cannot access. The environmental benefits of Musk’s brainchild cannot truly be realised until the products breakthrough as feasible to the market holistically. Which is why, to that end, Musk has released several ‘supercharger’ locations that are able to function with any electric car containing a combined charging system (CCS) port. This industry standard charging port enables electric cars from most large manufacturers to access Tesla charging stations.

Despite this, there are not enough of these stations to meet consumer demand for them – which, coupled with Biden’s underwhelming investment in EV charging facilities acts as stark encouragement for private investors to step forward to fill the void and bring about change. This can already be seen to be taking place with a number of competitors to Tesla already rising up to provide charging stations, including: Solar Integrated Roofing Corp. (OTC: SIRC), Beam Global and Electrify America to name a few.

Companies who can solve the EV charging conundrum in America:

BEAM is a developer of energy storage, energy security, outdoor media, and most importantly, electric vehicle charging. They believe everyone deserves access to safe, clean, and reliable charging stations and their mission is to ‘lead the world to clean mobility’.

By contrast, Electrify America offers the largest public fast charging network in the US; their conveniently located and reliable network of electric vehicle chargers spans across the nation. Customers are able to pay for a subscription to charge at their stations, and in doing so, benefit from savings of up to 25% on charging. On top of this, guests can pay with credit or debit cards, whilst members have the additional option of using contactless on their phone through the app.

Another major competitor to Tesla is Hiva, although they have taken a different approach to the other companies included in this list as they have primarily focussed on producing chargers for customers to install at home rather than public ones. With this smarter way to charge, Hive estimates it will take cars up to a maximum of 8 hours to fully charge from empty. Additionally, their charger works with all electric vehicles with Type 1 or 2 connections.

Ubitricity, a member of the Shell Group, is providing easy-to-use electric charging points by converting lamp posts into charge points. This creates an innovative solution to EV charging in tight urban areas where space is extremely limited. Another obvious benefit is that they are perfectly suited for locations nearby long-stay parking – where a car might be stationary for up to 8 hours (i.e. overnight). The company outlines electromobility as the paramount solution to achieving global climate targets – as the transition to electric vehicles will necessitate the availability of sufficient convenient charging options.

Taka Solar manufactures industry-revolutionising solar panels that aggregates and implements the best solar panel technologies of a myriad of other products to provide the solar energy at a far cheaper price than was previously possible. Amongst a plethora of other applications, Taka has intended for their unique panel technology to be wielded to cover entire parking lots unobstructed since the panels are designed to be able to span large open areas like this without the need for many posts.

All of the aforementioned companies are all making a huge difference in improving the availability of EV charging, but one company – SIRC – is looking to become the dominant player, and primary challenge to TESLA in the industry. Their recent planned acquisition of a $100 million order pipeline is part of the company’s overall refocus of efforts on EV charging alongside a $30 million EV charging project pipeline and $20 million charging project backlog.

According to its CEO, David Massey, EV charging “is the next massive opportunity in the market, and [their] calculated alignment of [their] near-term focus will help to position [them] as a clear national player in the space”. In line with this aspiration, the company has signed an LOI for the acquisition of three interconnected EV charging installers based in Los Angeles with contracts exceeding $100 million in their pipeline.

Furthermore, the growth that Solar Integrated Roofing Corp talks about expecting to see has been backed by research, Grand View Research reports revealing that the market size of charging infrastructure in the US will increase from $2 billion to nearly $30 billion in 2028, an increase of nearly 1500% in a decade.

Overall, Solar Integrated Roofing Corp is hoping to become the dominant player by taking their proven success in the solar industry to the EV charging market. The expected increase in demand for EV charging and lack of reliable charging infrastructure across the U.S. presents an opportunity for their company to benefit from a means of growth that is synergistic. Solar Integrated Roofing Corp’s acquisitions under consideration will mean that they may soon boast a vast network of EV charging facilities across the US in order to ramp up sales efforts and capitalise on the rising demand. 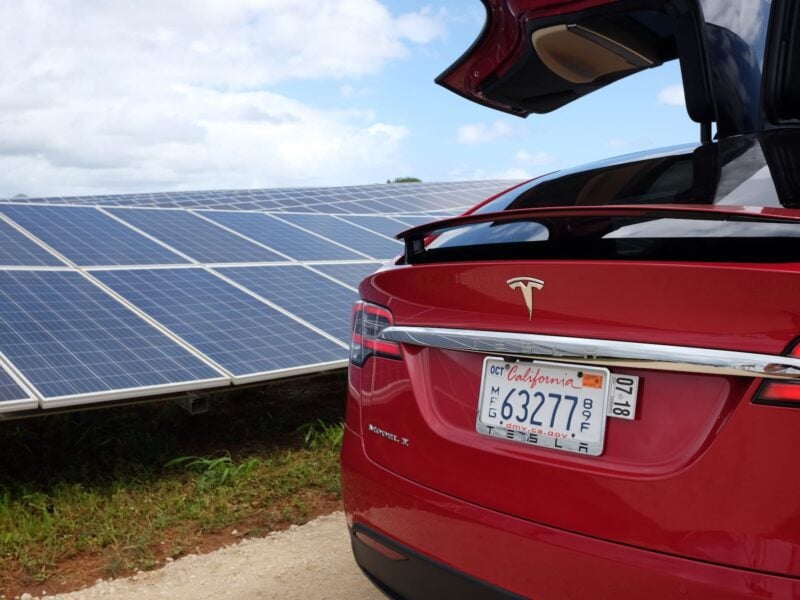 Why SIRC Should Take On Tesla To Democratize EV Charging