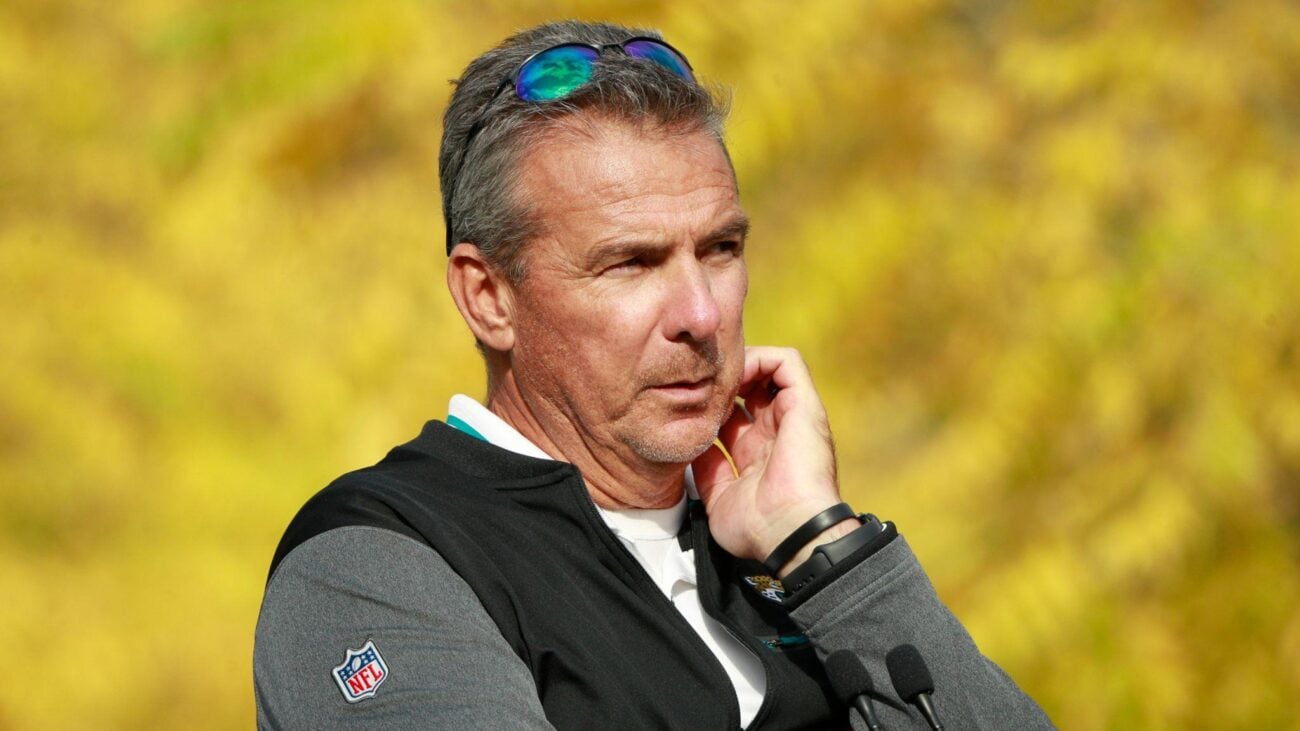 Is Urban Meyer the worst NFL coach ever?

It is no secret that Jacksonville Jaguars head coach Urban Meyer is having an abysmal first season, both on the field and off, for not only is he seemingly letting down the number one overall pick from last year’s draft in Clemson’s Trevor Lawrence, but his accidental TMZ moments off the field are too embarrassing for the franchise. It makes us question if Urban Meyer really is the worst NFL coach ever?

We completely understand that it takes a new head coach a season or two to get the team under his wing, figuring out scheming as well as roster moves that will help the franchise in the long run. However, Urban Meyer has led the Jacksonville Jaguars down a road of no return, finding new and intriguing ways to lose as each week goes on. Heck, they even lost to the Seattle Seahawks yesterday 31-7 against backup QB Geno Smith.

Not only is Urban Meyer failing on the field, leaving Jacksonville with a record of 1-7, taking third place in their division if it weren’t for the even more pathetic Houston Texans, but he is seemingly embarrassing his new franchise off the field as well. Of course, we are referring to last month’s hidden video of the married Meyer letting a young girl dance against him at a bar. Is Urban Meyer really the worst NFL coach ever? 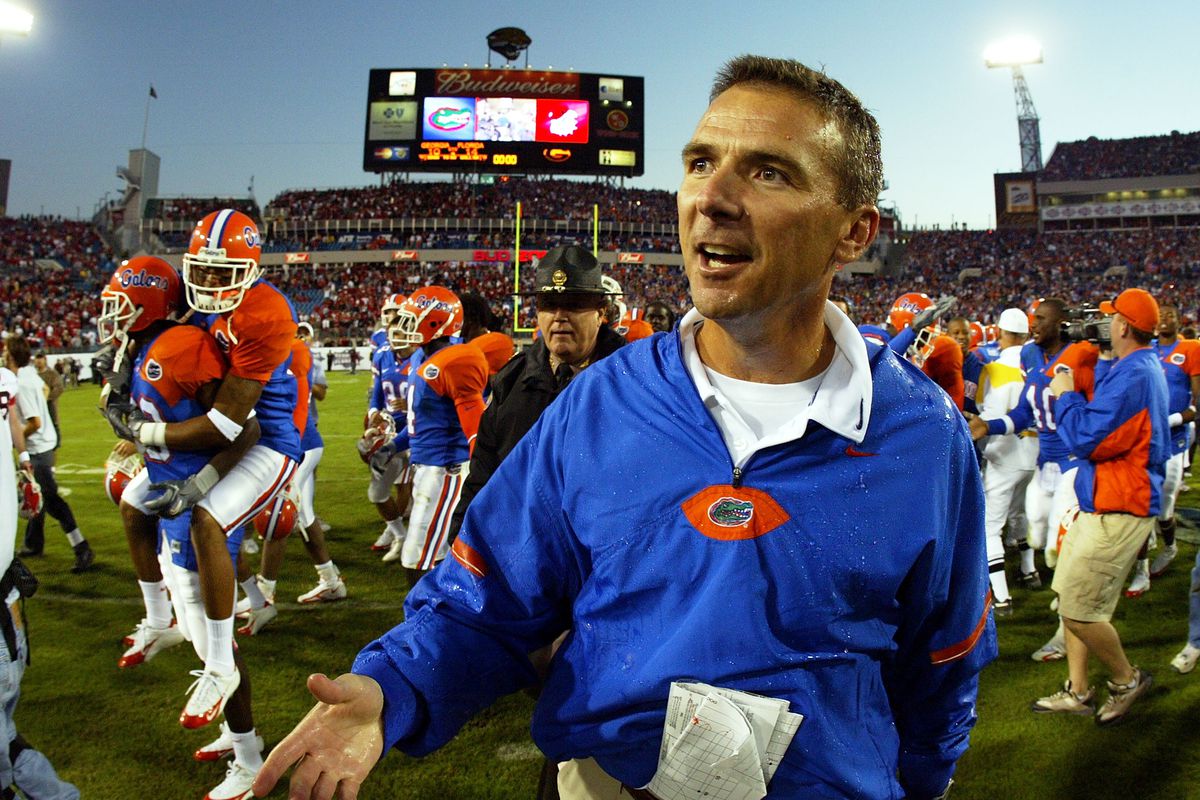 Urban Meyer, born in 1964, was surprisingly a 13th round pick in the 1982 MLB draft for the Atlanta Braves, getting a small taste in minor league baseball for two seasons before ultimately setting his sights on football, of course not before graduating from Ohio State University in 1988 with a Master’s degree in sports administration.

After a few coaching stints, Urban Meyer finally caught his big break when he coached the Utah Utes during the 2003-2004 season, before landing the head coaching gig at Florida from 2005-2010. Of course, Urban Meyer would eventually land his dream position at his alma mater at Ohio State University from 2012-2018, leading the school to their eighth national championship against the Oregon Ducks in 2015.

Meyer, who still to this day is only one of three coaches to lead two separate Universities to win a major college national football championship, eventually hung up the old whistle to join Fox Sports as an analyst, appearing every week on Big Noon Kickoff, still seemingly held bigger coaching aspiration on the professional level, eventually joining the Jacksonville Jaguars franchise in 2021. But just how is this current stint going? 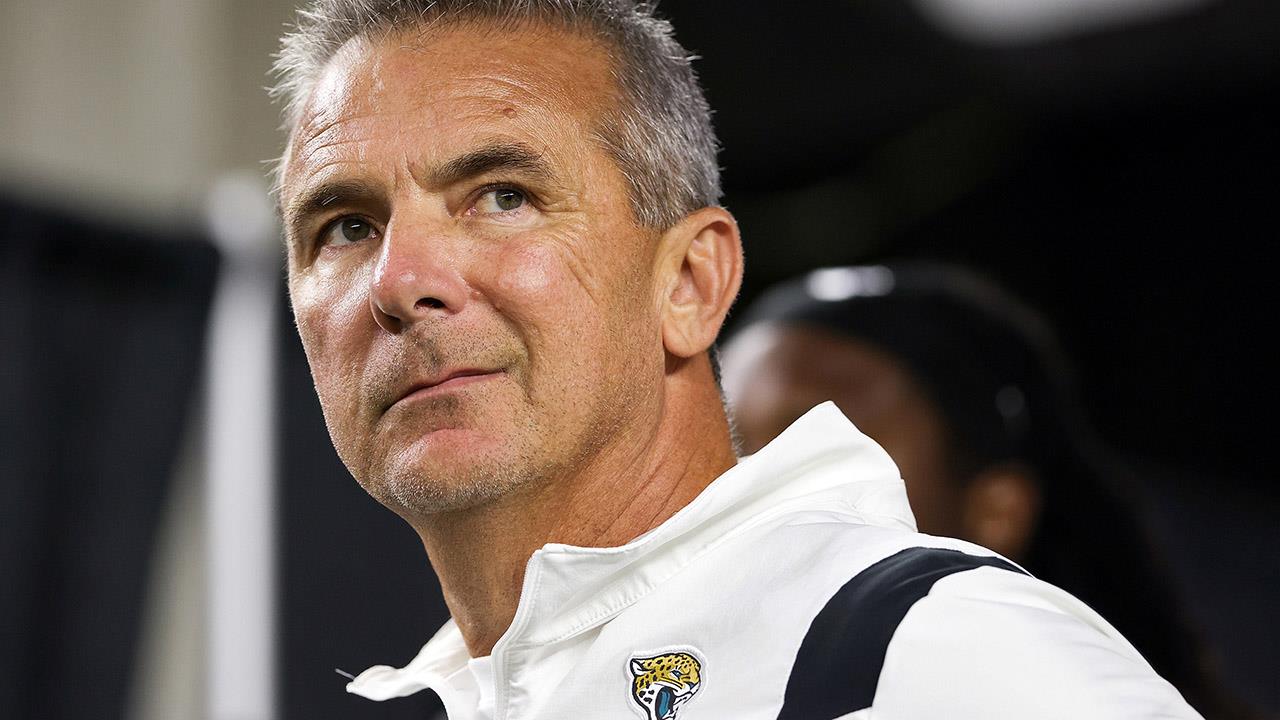 To this day, the Jacksonville Jaguars are one of four professional football teams that have never played in the Super Bowl. In fact, this abysmal franchise only has three playoff appearances as well as one division title since 2000. However, much of the Jacksonville fanbase thought that this was the season they would finally turn their crummy franchise around, making a slew of “winning moves” in the offseason.

Not only did the franchise draft quarterback Trevor Lawrence out of Clemson with the number one pick, a player who is deemed to be a “once-in-a-generation” talent, but the Jaguars also lured in coach Urban Meyer out of coaching retirement to bring him in for his first stint as an NFL head coach. Sadly, this combination has yet to work out, as the Jags are finding bizarre ways to lose games each week, from special teams to kicking.

Equally, the blame has to be put on the shoulders of head coach Urban Meyer. That being said, management, as well as ownership, are still sticking behind the head coach, saying that “Urban Meyer is our guy” and are seemingly going to keep rolling out the same lousy product for seasons to come . . . that is unless Urban’s off-field antics continue to catch up with him and embarrass the franchise in every facet possible.