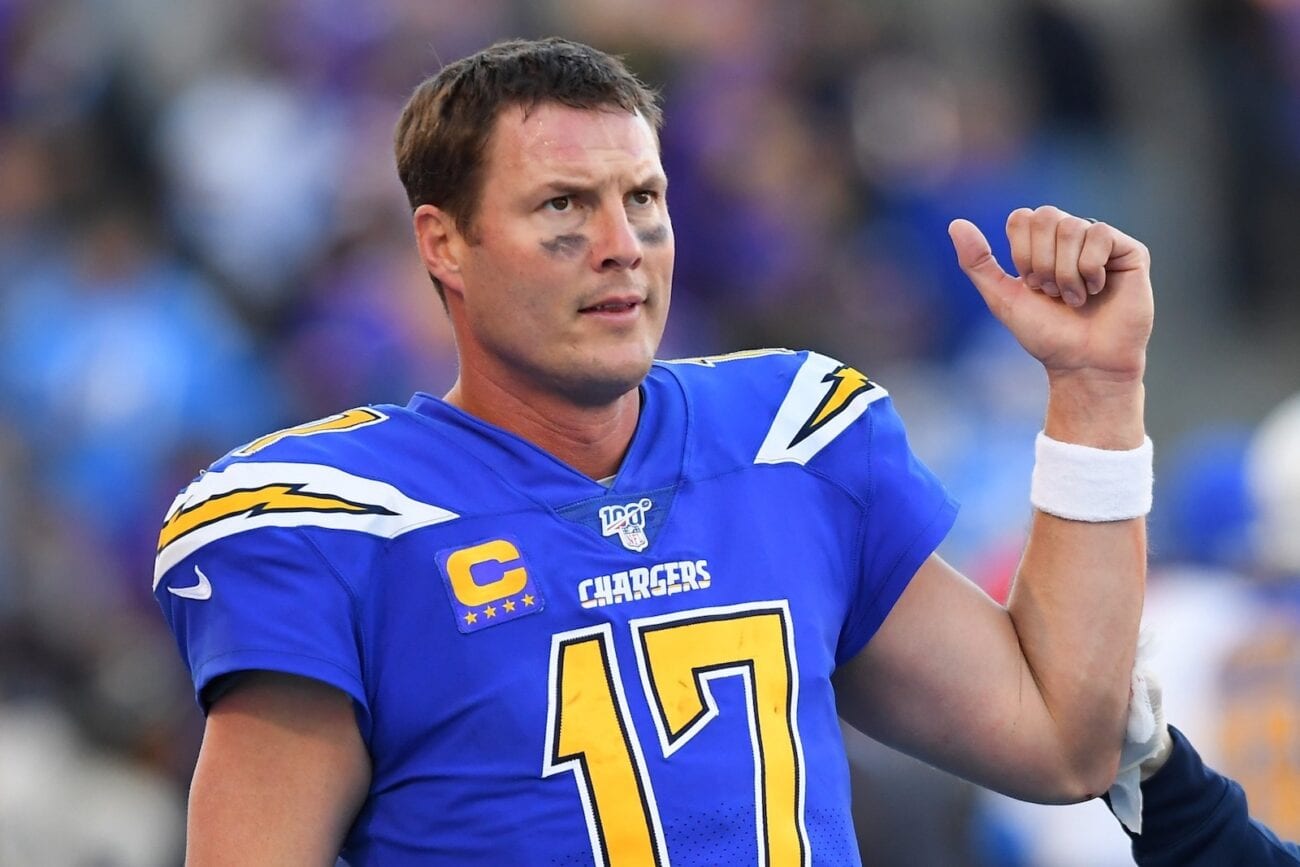 Is Philip Rivers retiring to be closer to his children? Read his statement

Today isn’t just a big day for the United States – it’s a big day for the NFL, too. Philip Rivers, the beloved NFL for the Los Angeles Chargers, has announced his retirement from the team. Is he leaving to be closer to his children? Learn everything about the big move in the QB’s statement. 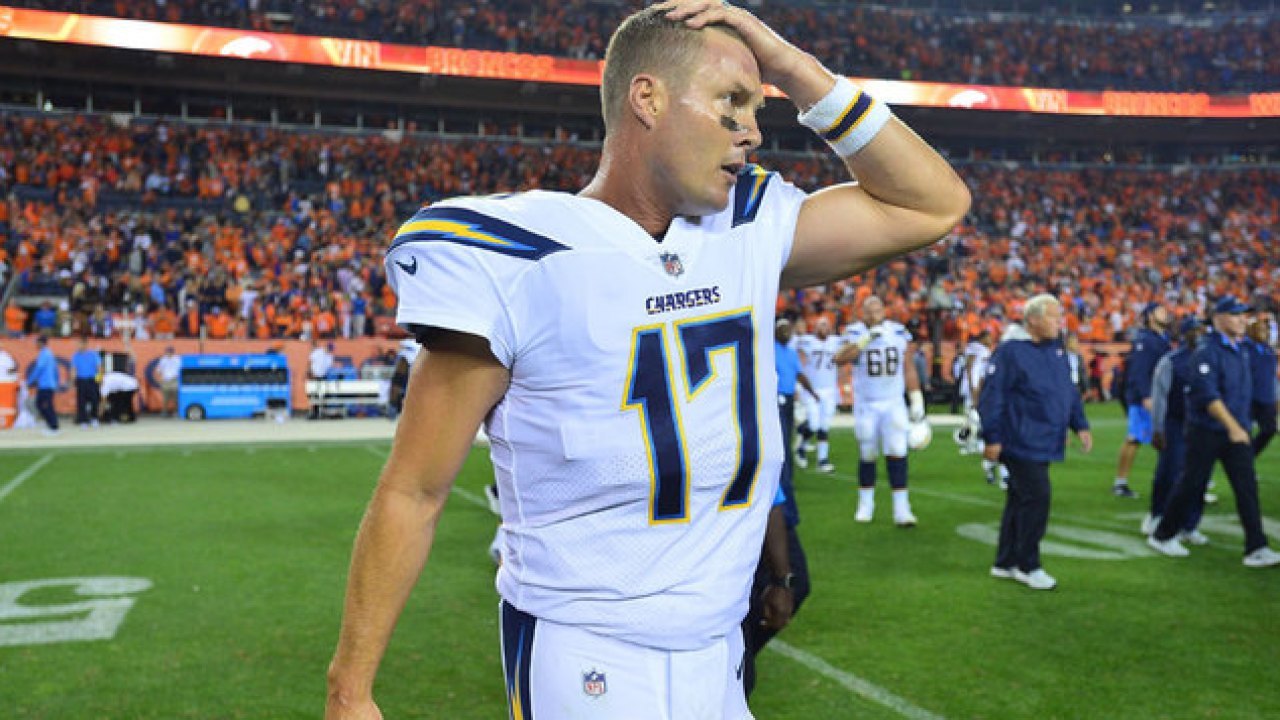 After seventeen long & triumphant seasons in the NFL, Philip Rivers has finally decided to call it quits and move onto greener turf. “I can sit here and say, ‘I can still throw it. I love to play.’ But that’s always going to be there. I’m excited to go coach high school football.”

Rivers explained his excitement for his new gig coaching at St. Michael Catholic High School in Fairhope, Alabama. “What helped me come to this [decision] is the growing desire to coach high school football. That’s what I’ve always wanted to do. It’s been growing. I can’t wait.” 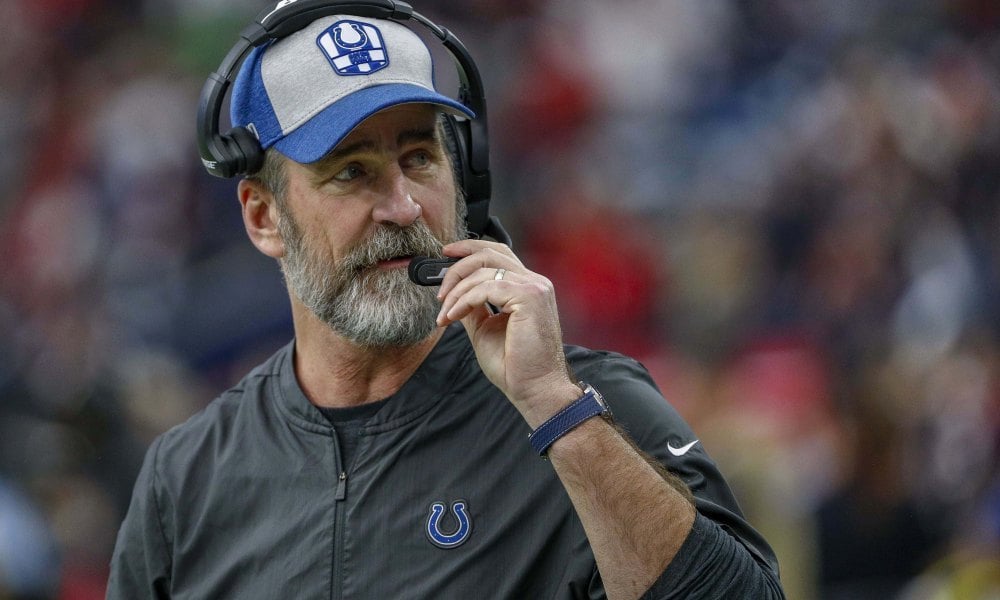 What did others have to say about him?

After spending his most recent season playing for the Indianapolis Colts, the thirty-nine-year-old football star seemed to have made quite the impression.

Colts coach Frank Reich said about Philip Rivers in a statement: “Philip is one of the fiercest competitors and most loyal teammates that our game has ever seen. His unwavering conviction as a leader and elite intelligence contributed to his Hall of Fame career. Philip made our game better and the National Football League was fortunate to have him.”

Buffalo Bills coach, Sean McDermott, seconded Reich’s sentiments, telling ESPN that Rivers was “one of the best that I’ve ever been around,” and went on describe him as a “high-character man and a guy with great core values.” 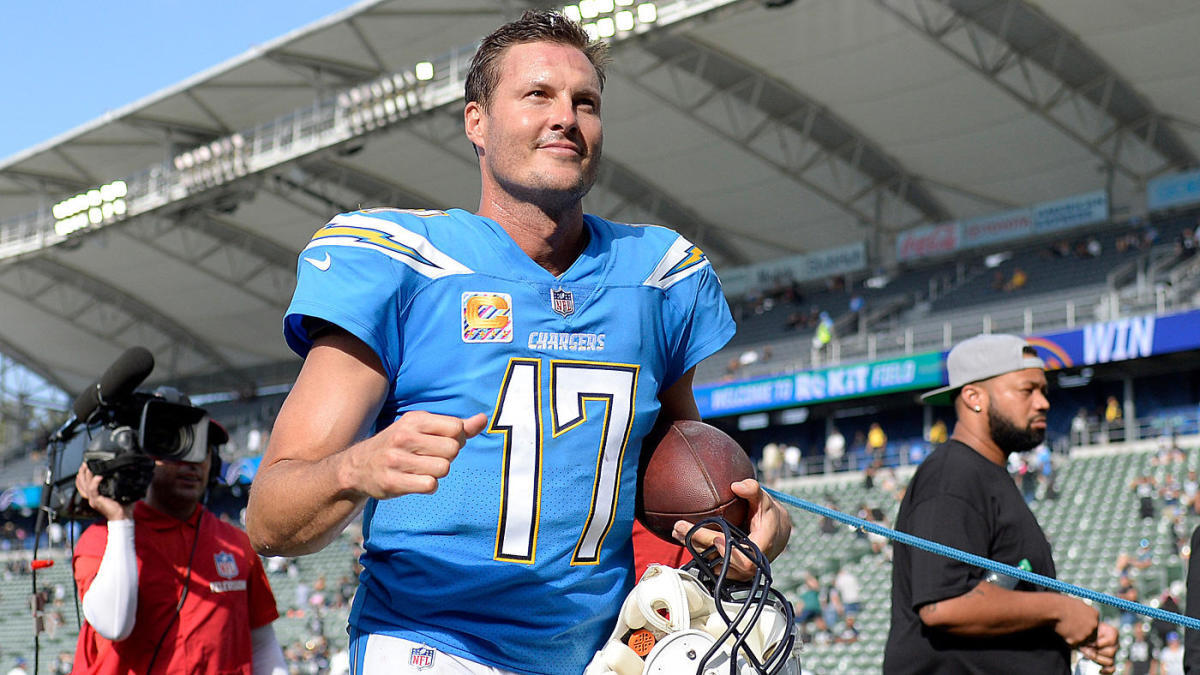 Did Rivers retire because he was aging?

Despite his victorious time on the playing field, Rivers knew it was time to call it a day. “This is the first year I felt like the ending was real,” he explained. “We talked about it other years, but we knew we weren’t doing it. This year felt different. . . . It just seemed right.” 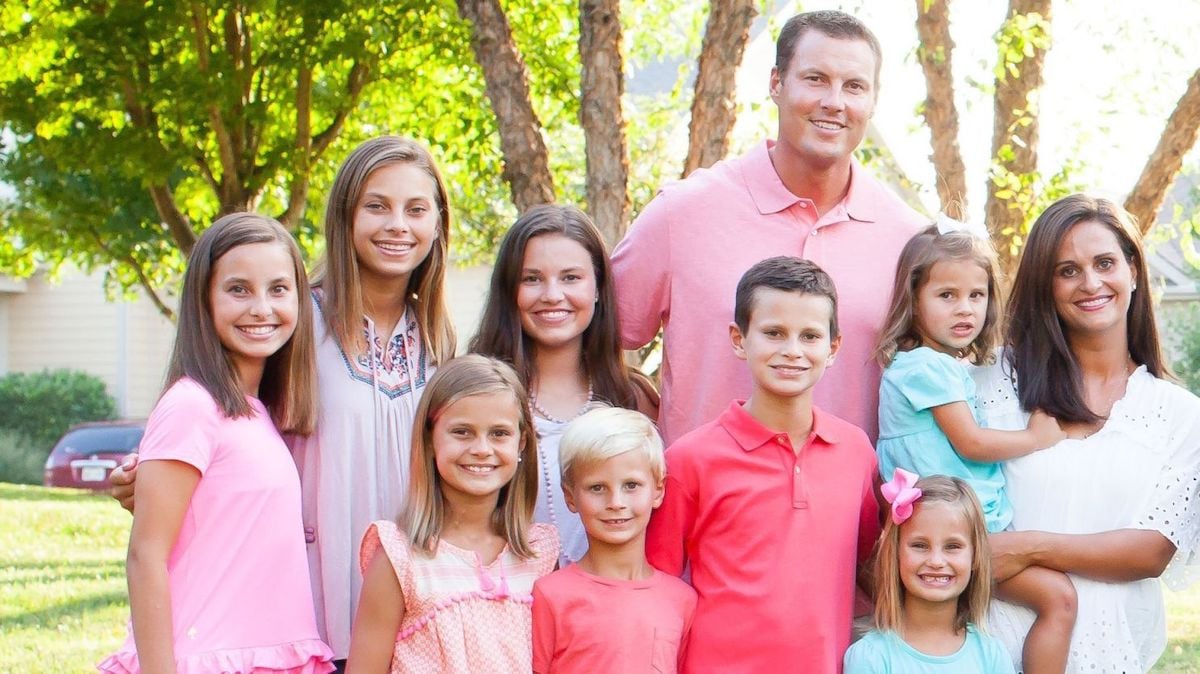 Is he doing it for his family?

In his parting statement, Rivers held out a special thank you for his family: “Thank you to my wife and best friend Tiffany and our children Halle, Caroline, Grace, Gunner, Sarah, Peter, Rebecca, Clare, and Anna. Could not have done it without y’all’s unwavering support.” Now, perhaps the time has come for Rivers to show his true appreciation for the fam by way of quality time.

Rivers also stated: “I am grateful to the Chargers for 16 seasons, and the Colts for the 17th season. Thank you to all my coaches that helped me grow as a player and person. Thanks to the support staff.”

Rivers continued: “I appreciate the opposing defenses making it challenging physically and mentally every week. . . . . I also enjoyed the banter. I appreciate the referees for putting up with all my fussing. I think I was right most of the time dadgummit!”

Rivers also took the time to thank his supporters. “Thank you to the fans in San Diego and around the nation that both cheered & booed. Special thanks to my teammates. Without a doubt my favorite part of the game, being a teammate. Thank you for being mine.” Finally, he stated. “As my playing career comes to an end, the next chapter begins.” 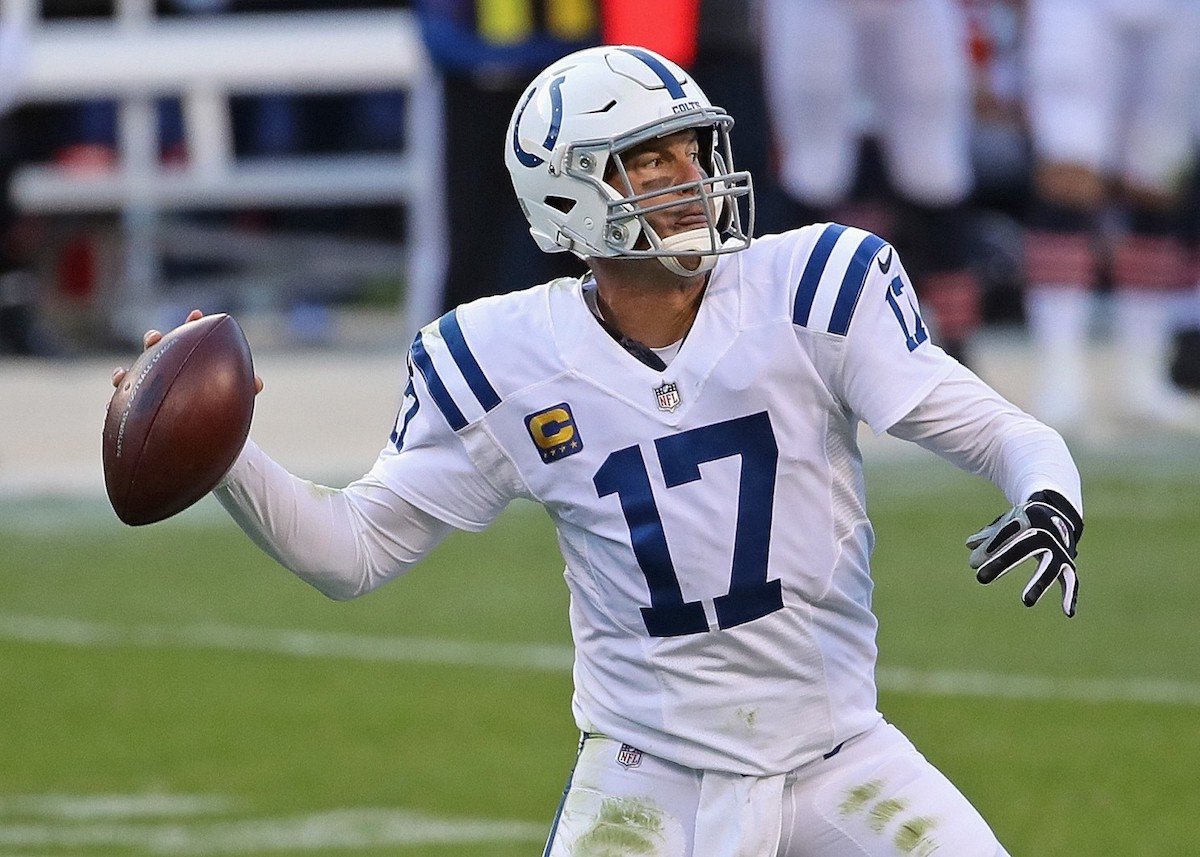 Understandably, Rivers’s retirement is a bittersweet day for many football lovers. Fans took to Twitter to express their sadness over losing a league legend. One wrote: “Absolutely loved every single thing about Philip Rivers and his game. The leadership and toughness were at the absolute highest. Best QB I ever saw throwing with defenders right in his face. Love that dude-HOFer!!!!! 👏👏👏”

Another took Rivers’s retirement coinciding with Inauguration Day to make a timely joke: “Really hard to wrap my head around the fact that one of our greatest Americans is stepping down today. And I, for one, would like to wish you all the best in retirement, Philip Rivers.”