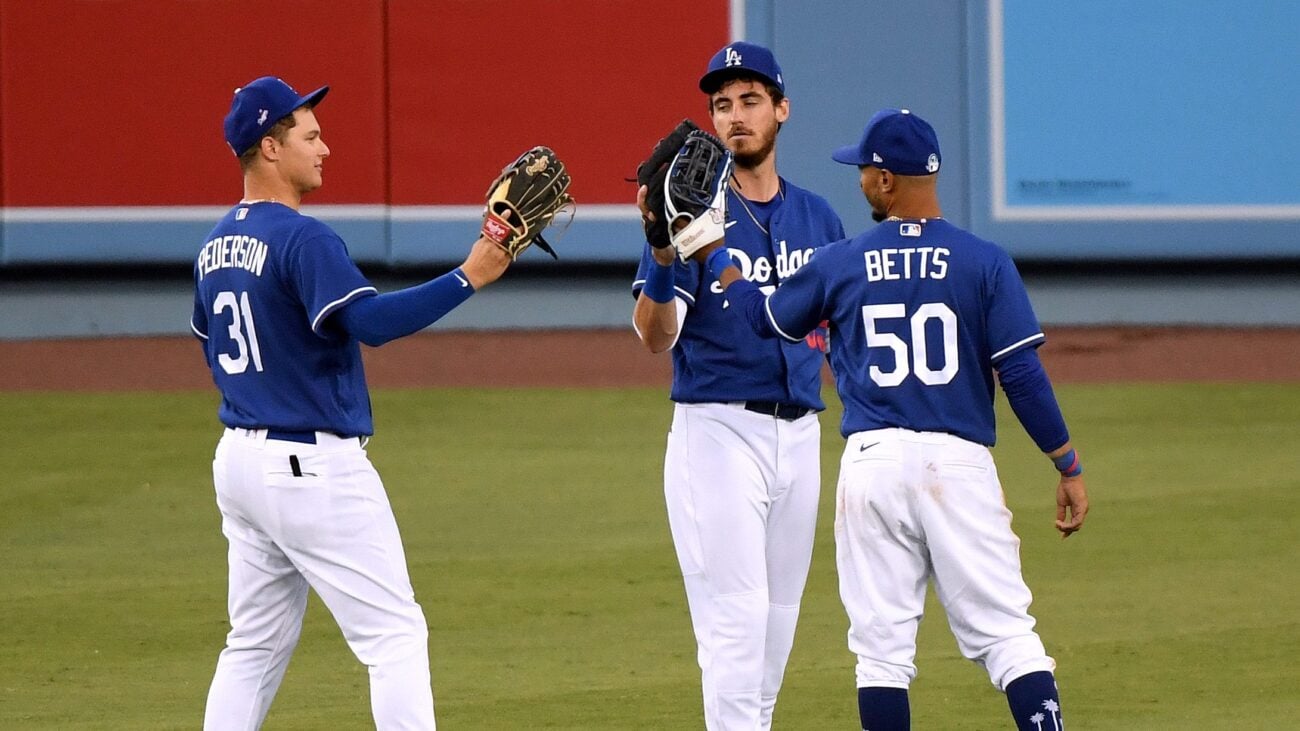 Finally, no longer will “Take Me Out to the Ball Game” be piped in through the stadium speakers during the seventh-inning stretch as fans of America’s pastime are finally back, ready to cheer on their favorite MLB teams live in person. That’s right, friends, we’re officially in full swing see what we did there of the 2021 MBL season, and if opening day showed us anything, it’s that fans are more than ready to return and root for their team.

The MLB, which officially kicked off its 2021 campaign last weekend with a slew of Friday Opening Day games, saw the return of live fans, a welcome replacement for those ridiculous cardboard cutouts we had to watch all of last season, who offered about as much emotion as Nancy Pelosi during a State of the Union Address. But is this going to be a safe outcome for the sport of baseball? That’s what we’re wondering.

After what many baseball enthusiasts considered to be a lackluster season in 2020, capped off with a title win by the Los Angeles Dodgers, many are hoping that, much like basketball & football, this professional sport will find a way to take fans’ minds off of the current COVID-19 pandemic, and give them a product that all of us can root for, whether it be in our living rooms or in person, with a giant bag of peanuts and a beer. 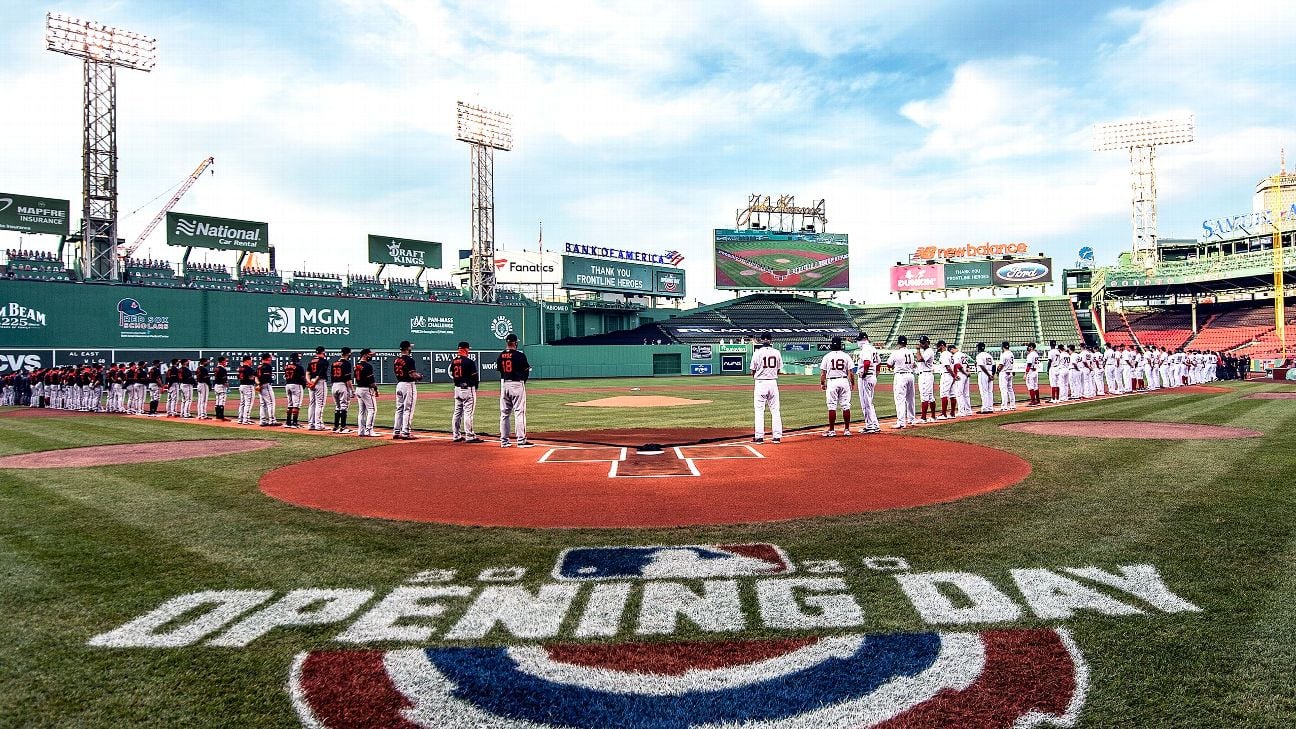 Due to the U.S. outbreak of COVID-19 last Spring as well as the lockdowns that followed, including the NBA’s decision to postpone their 2019-2020 campaign, the MLB saw it fit to delay their season for a few months until we as a society learned more about the deadly disease known as the coronavirus.

Professional baseball, which usually has its opening day in April, began in late July of 2020, ending in late September after a sixty-game season that saw the Los Angeles Dodgers crowned as champions. Not only were some of the more important traditions canceled such as the All-Star Game at the halfway point, but fans were not allowed to attend the game in person, not even in some of the more conservative states.

Instead, to help create the illusion of a packed stadium for home viewers, cardboard cutouts of fans were placed in multiple locations around these baseball stadiums, primarily behind the dugout. Although, the one positive statistic to come out of the 2020 MLB season was that no fans were ejected for inappropriate behavior! We tried to be funny. 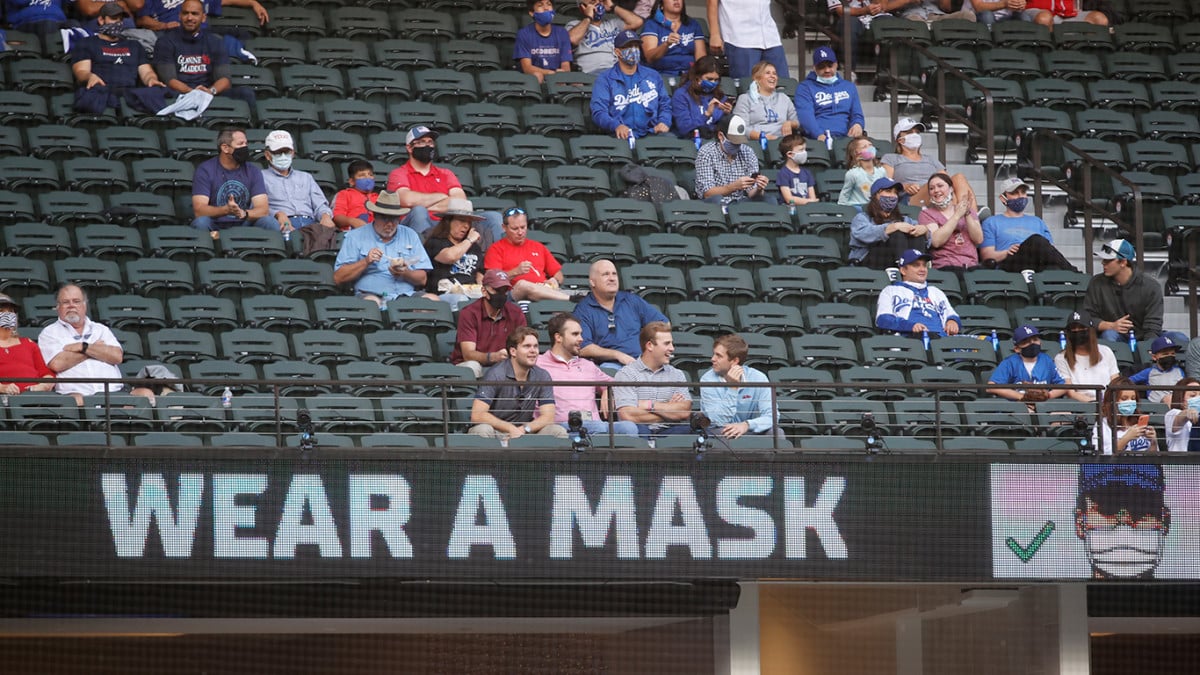 Alas, we’re slowly but surely returning to what feels like normalcy, thanks to an impressive vaccine rollout. Now, we have the freedom of choice to continue watching our favorite teams from the safety of our own homes or check them out in person, as nearly all thirty MLB teams are allowing fans back into their stadiums. Of course, some stadiums are taking certain health precautions more seriously than others.

Even with most of these stadiums housing open or retractable roofs, creating airflow of fresh air, many states are still putting a hard cap on a maximum attendance number allowed at each game, estimated between 20% and 50% percent. Of course, this also includes the stipulation of face protection, except while eating & drinking.

That being said, there are some states that are a bit more, well, let’s just say confident than others. The Texas Rangers shocked the world last month when they announced that they would be reopening the state with no cap on capacities, as well as removing mandatory face mask policies. This is no different for the Ranger’s home games, which many of us saw on opening day. It felt like normal, but maybe not in a good way?

What are your thoughts on the 2021 MLB season? Did you watch any opening day games? Do you plan on attending a game live in person this season? Comment below and let us know your thoughts.