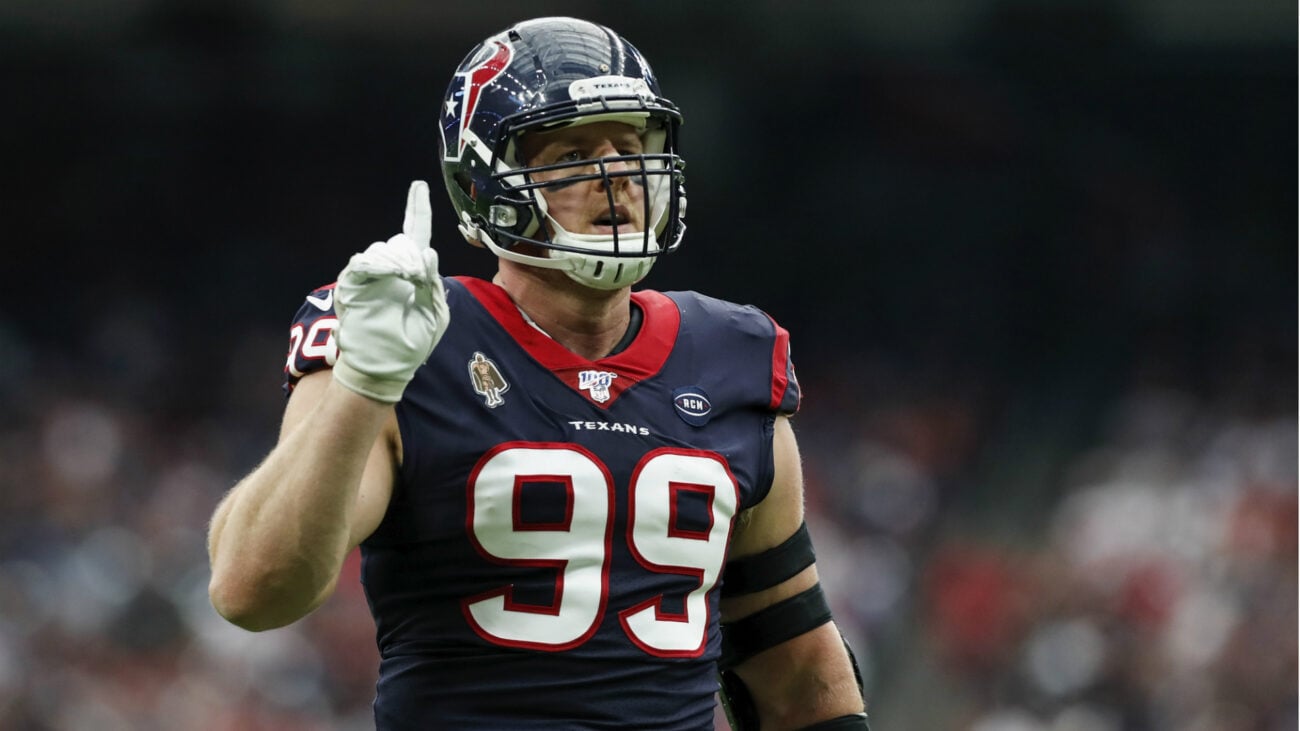 Number 99: How did JJ Watt get Marshall Golberg’s number unretired?

In a surprise decision, famous All-Pro defensive end JJ Watt signed with the Arizona Cardinals. The move shocked the league and football analysts. Nobody saw the move coming and the decision was criticized as a money grab. The Cardinals are the worst team in the NFC West, arguably the best division in the league.

Many people figured he would sign somewhere where he had a chance to win a championship or at least get past the divisional round of the playoffs. However, he followed his fellow former Houston Texan in DeAndre Hopkin. He signed with the Cardinals last season, and now Watt joins the team.

Does he make the team competitive? Absolutely, but he doesn’t even make them guaranteed playoff contenders like the Los Angeles Rams. They traded for quarterback Matthew Stafford, and many believe the move made them Super Bowl contenders let alone playoff contenders. However, what did the Cardinals give up to get him?

According to ESPN’s Adam Schefter, JJ Watt signed a two-year $31 million contract with $23 million in guarantee money. The Arizona Cardinals nor JJ Watt have disclosed the specifics of the deal. Which means we can’t determine how much of the $11.1 million cap space Watt will eat up in 2020.

The NFL reduced the salary cap in 2021 due to the lost revenue from the coronavirus pandemic. Instead of the nearly $200 million teams had last season, Arizona and the rest of the NFL have $180 million to work with in 2021.

The other large contract on Arizona’s payroll is fellow edge rusher Chandler Jones. He’s in the final year of his $82.5 million contract. However, since 2012 nobody has more sacks than Jones and Watt – 97 & 95.5, respectively.

According to JJ Watt and the Arizona Cardinals, the organization has agreed with Marshall Goldman’s family to unretire his 99 number for Watt to wear. Watt has worn 99 throughout his four years in college and ten-year career in the NFL.

“He has my blessings, and I’m sure my father would be more than delighted for him to carry it on,” Goldman’s daughter Ellen told TMX Sports. According to an article published on the Arizona Cardinals’s website, the TMZ story caught Watt’s eye because he was getting ready to pick a new number. As a thank you, Watt made a donation to the Marshall Goldman Foundation for Traumatic Brain Injury Research.

I want to thank the Goldberg family for their kindness in offering me the opportunity to wear #99 in Arizona which was previously retired in honor of Marshall Goldberg.

I am humbled & honored to wear it and will do my best to make them proud and honor Marshall properly.#RedSea pic.twitter.com/zoXCHZfTP4

Is there a record of unretiring jersey numbers?

While it usually doesn’t happen, teams have made exceptions and unretired jersey numbers before. In the NBA, the Cleveland Cavaliers unretired Larry Nance Sr.’s jersey because his son, Larry Nance Jr., wanted to wear his father’s number when he was traded to Cleveland.

In the NFL, the Denver Broncos unretired 18 for Payton Manning. However, the Bronco’s re-retired the number after he retired. The Seattle Seahawks unretired No. 80 in 2012 when they traded for Jerry Rice.

For a pettier reason, former San Diego Chargers owner, Gene Klein, unretired Hall of Famer Ron Mix’s No. 74. Why did he do it? Mix came out of retirement and played for the Oakland Raiders, and Klein hated the Raiders. The number is still unretired.

But what do you think? Is Arizona the right spot for JJ Watt? Should he have picked a different number? Let us know in the comments.