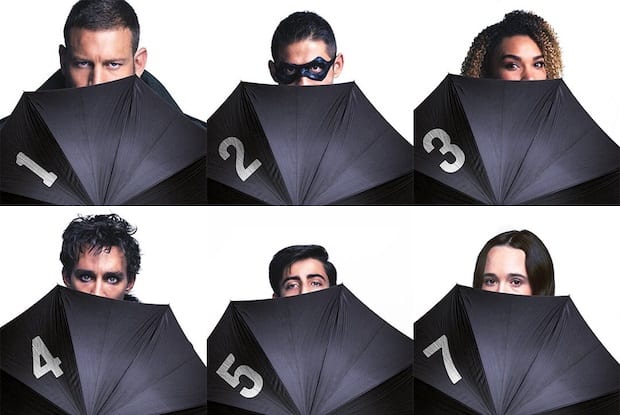 Watch it on Netflix: Comic book adaptation from Dark Horse, the same publishers that brought you the stylish and subversive graphic counterparts to superhero funny books like Hellboy, Sin City, and 300. Let us be the first to say, this one looks nuts, and both Umbrella Academy and Deadly Class will be fighting for our attention this year to win the prize for the silliest yet most enjoyable heightened high school thriller of this year. Stars Ellen Page, whose career has frankly been done a dirty since she ditched her spandex-clad group of mutant buddies back in 2014. Page plays Vanya Hargreeves, one of forty-three babies born in surreal circumstances, six of which are brought to The Academy to hone their supernatural abilities. The only catch is… she doesn’t have any. From the mind of My Chemical Romance’s Gerard Way, so expect a slick soundtrack, gothic undertones and plenty of eyeliner.

Articles about The Umbrella Academy