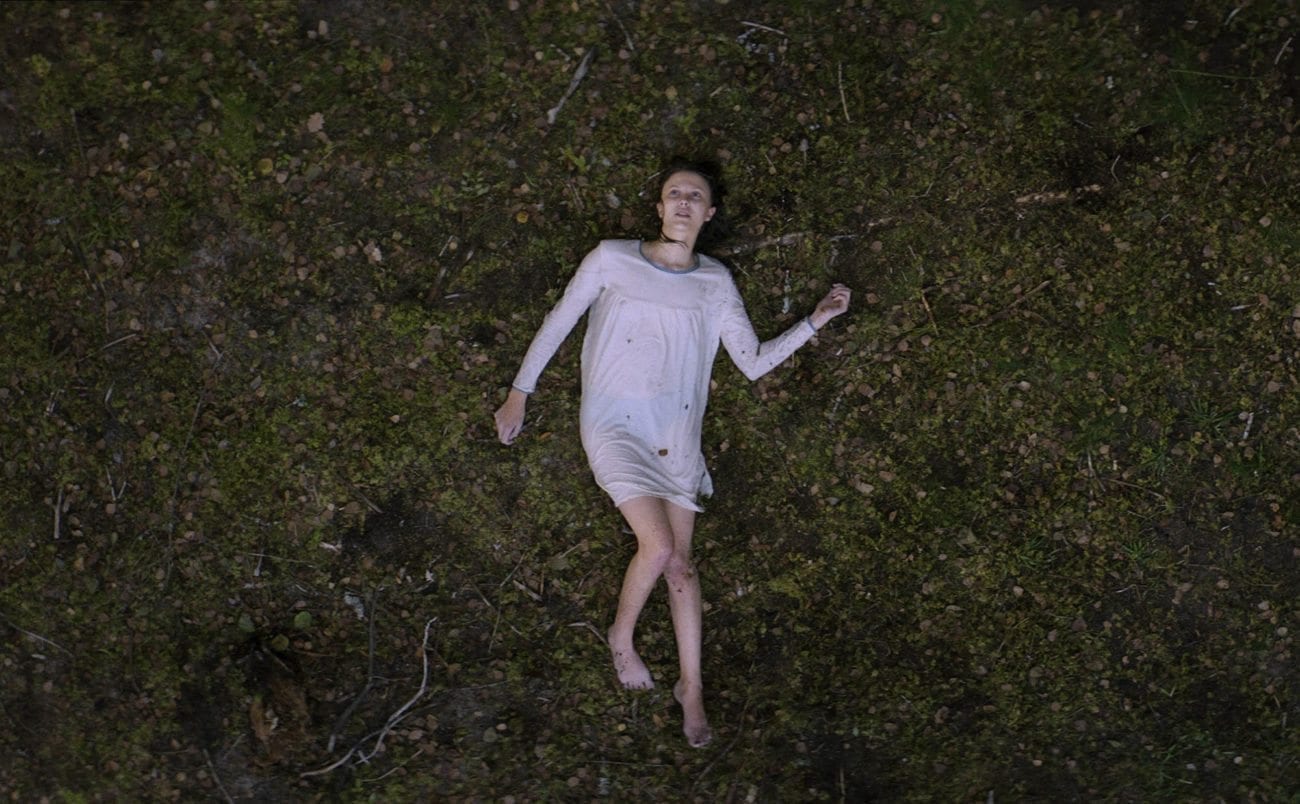 Logline: A woman falling in love becomes entrapped by the supernatural inside her.

Verdict: Thelma reminds us of the high points of Black Swan. Whilst rich in nods to classic bone-chilling horror flicks, this psychological drama is both stomach-churning and mind-bending. Thelma is a beautifully shot film about a young woman overtaken by weird psychic nonsense. Eili Harboe (The Wave) commits to all the painful moments of the titular Thelma, and the film’s unsettlingly calm, cool pace makes the moment of psychic possession all the more brutal and frightening. From the director’s chair, Joachim Trier (Louder Than Bombs) melds quiet Nordic noir with a stellar sense for the true terror of the supernatural.

Logline: Two lovers are torn asunder by a pet spider.

Verdict: From Troma Entertainment comes a ridiculous flick part musical, part punk-rock social commentary, part LGBTQ+ empowerment film, and part WTF. Brought to distribution by the magnanimous Lloyd Kaufman, Spidarlings is a film made with the production budget of a particularly poor church mouse, yet the poor sound design and camera work just make this trashy flick all the more endearing. The story follows lesbian lovers Eden (Sophia Disgrace) and Matilda (Rahel Kapsaski), who live on the edges of the British welfare system. Spidarlings is proper DIY genre filmmaking that weaponizes surrealism to make an entertaining, yet genuinely sweet, film.

Verdict: Most Beautiful Island is an unnerving and psychologically incisive film about an undocumented young woman, Luciana (Ana Asensio), who, over the course of an evening, becomes part of a twisted puzzle box. Most Beautiful Island is reminiscent of Get Out in transporting you inside the mind of someone under complete and total assault. Like Jordan Peele’s thrillride of a film, Island also has some heavy social commentary to impart upon the viewer, and not all of it lands with care. Writer, director, and star Ana Asensio is able to create a central figure placed directly in the most uncomfortable and often disturbing circumstances. We would’ve liked more focus on the immigrant story Luciana experiences in New York, before diving into the bonkers depths of the third act. Most Beautiful Island is still a chilling experience, and short enough to satisfy anyone keen for some social horror.