A good thriller is like a jigsaw puzzle; you start out with a bunch of mismatched pieces and an idea of what the end result should be. As you get to work, you begin putting things together, but it’s not making sense just yet. Then, you finally get to a point where you know where you’re going, and it’s smooth sailing from there. Thrilling indie films in particular try to follow this format.

Blake Ridder, director & writer of HELP, told us “I knew I wanted to create a thriller because that’s what I enjoy making and seem to be good”. Ridder is good indeed, as HELP is the indie thrill of a film you need to watch today.

As twisted as Liv & Ed’s relationship

HELP feels like a jigsaw puzzle that has extra pieces. They don’t take away from the overall experience, but it definitely leaves you more confused when you get to the climax. Nevertheless, there’s plenty of twists & turns to keep you sucked in from start to finish.

As Gracie (Emily Redpath) finds herself getting involved in the dark relationship of Liv (Sarah Alexandra Marks) & Ed (Louis James), you’re taken along with her as you try to find out the truth of all the mysterious blood, screaming, and secrets. Using an abusive relationship as the plot device couldn’t have been more perfect for an indie film like HELP.

Like every other indie film, HELP doesn’t come without its flaws. Since it focuses on an abusive relationship as its key “thrilling” aspect, it tends to lean heavily into stereotypical flashbacks to show you how much happier Liv & Ed were back in the good ol’ days. Plus, the story of Liv’s one night lesbian adventure feels like it’s there just to be sexy and nothing else.

Nevertheless, HELP succeeds by the second half in keeping your attention. The minute night two at Ed’s house starts, you’re going to have your eyes glued to the screen until the credits. 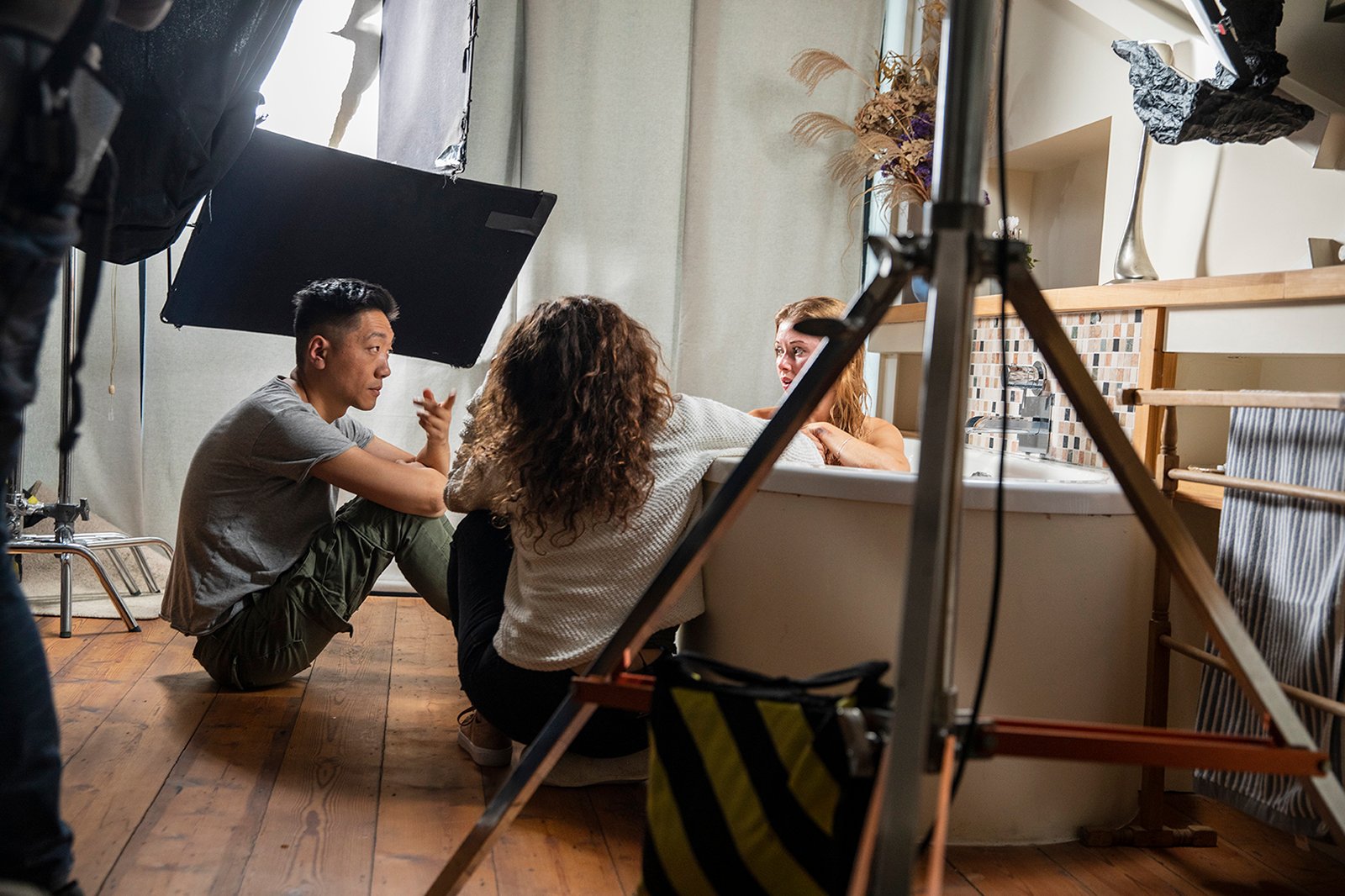 Arguably the biggest flaw with HELP is its script. With any thriller, it’s a slow burn until the pieces start to fall in place for the big twist. But something about the dialogue in the first half of HELP feels dishonest. There’s a strange focus on Liv’s one-time affair with a woman, as well as her struggle with infertility.

Blake Ridder was wearing multiple hats on set as he was producing, acting, writing, and directing HELP, as most indie film directors do. So we understand how the first half feels weaker in comparison. What does not feel weak is the finale. Even when you think you saw the twist coming, you didn’t see it completely.

Describing HELP like a jigsaw puzzle is the best analogy because you feel rewarded the minute you get to the end. The moment you find out the truth about Liv & Ed’s relationship, it feels like you have stuck the last piece in and can look at the full picture. It’s a downward spiral into madness, and we loved every minute of it. 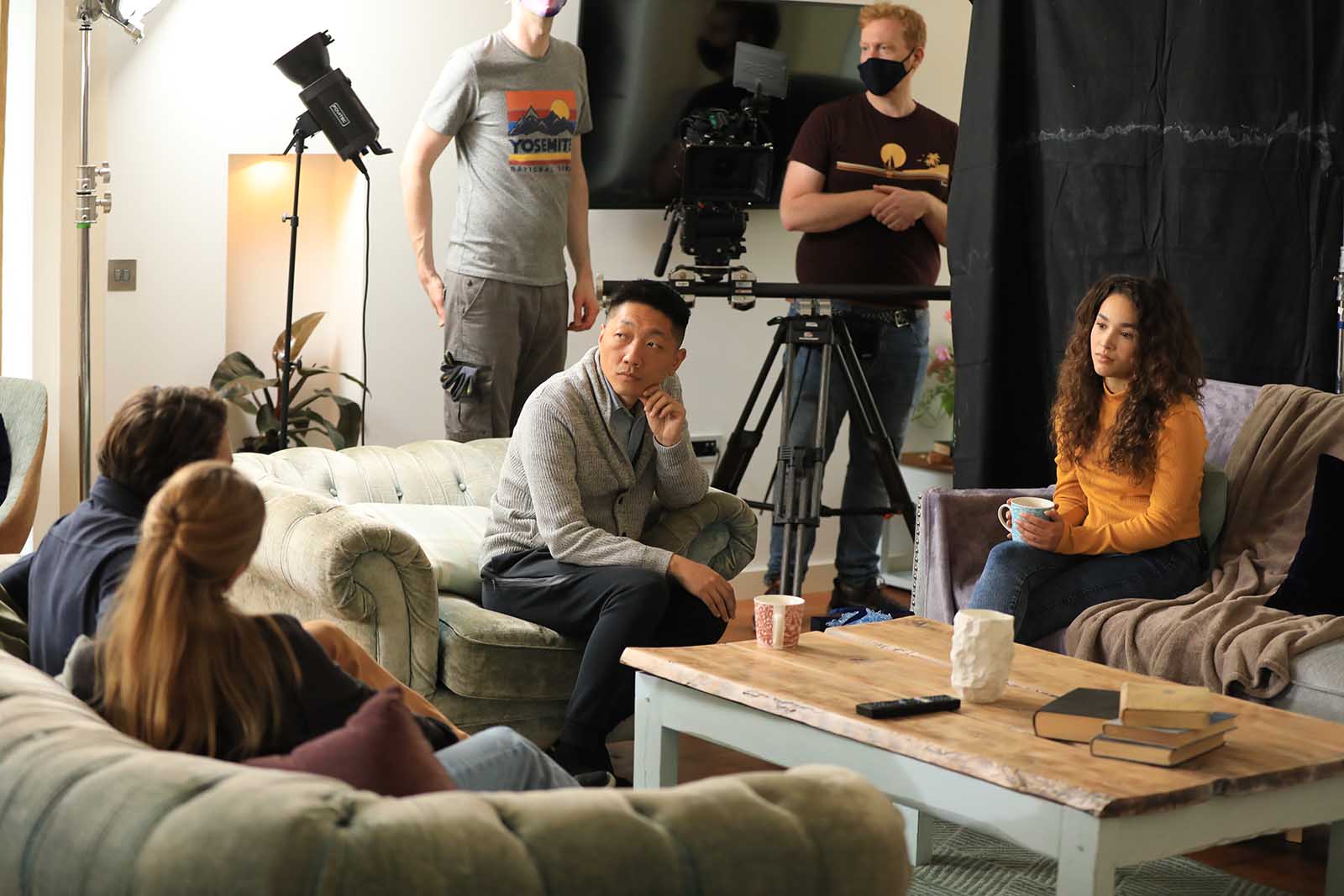 Where we can not fault HELP is its cinematography & soundtrack. If you didn’t already know you were watching an indie film when you started HELP, you could be easily fooled into thinking this is something from Focus Features or Searchlight Pictures. Shot in just 12 days during the COVID pandemic, Ridder Films pulled off a true miracle.

Even the best thriller will fail if the cinematography doesn’t capture the eerie feeling of the story. From gorgeous drone shots to dramatic dolly shots, HELP’s cinematographer Samuel Pearce truly nailed the camera work needed to add to the thrills of the indie film.

Meanwhile, composer Ruth Chan manages to coordinate a soundtrack that not only captures the more innocent party moments, but tunes in to the right amount of creepy when needed. Even the big dramatic finale feels more energetic thanks to her fantastic music. 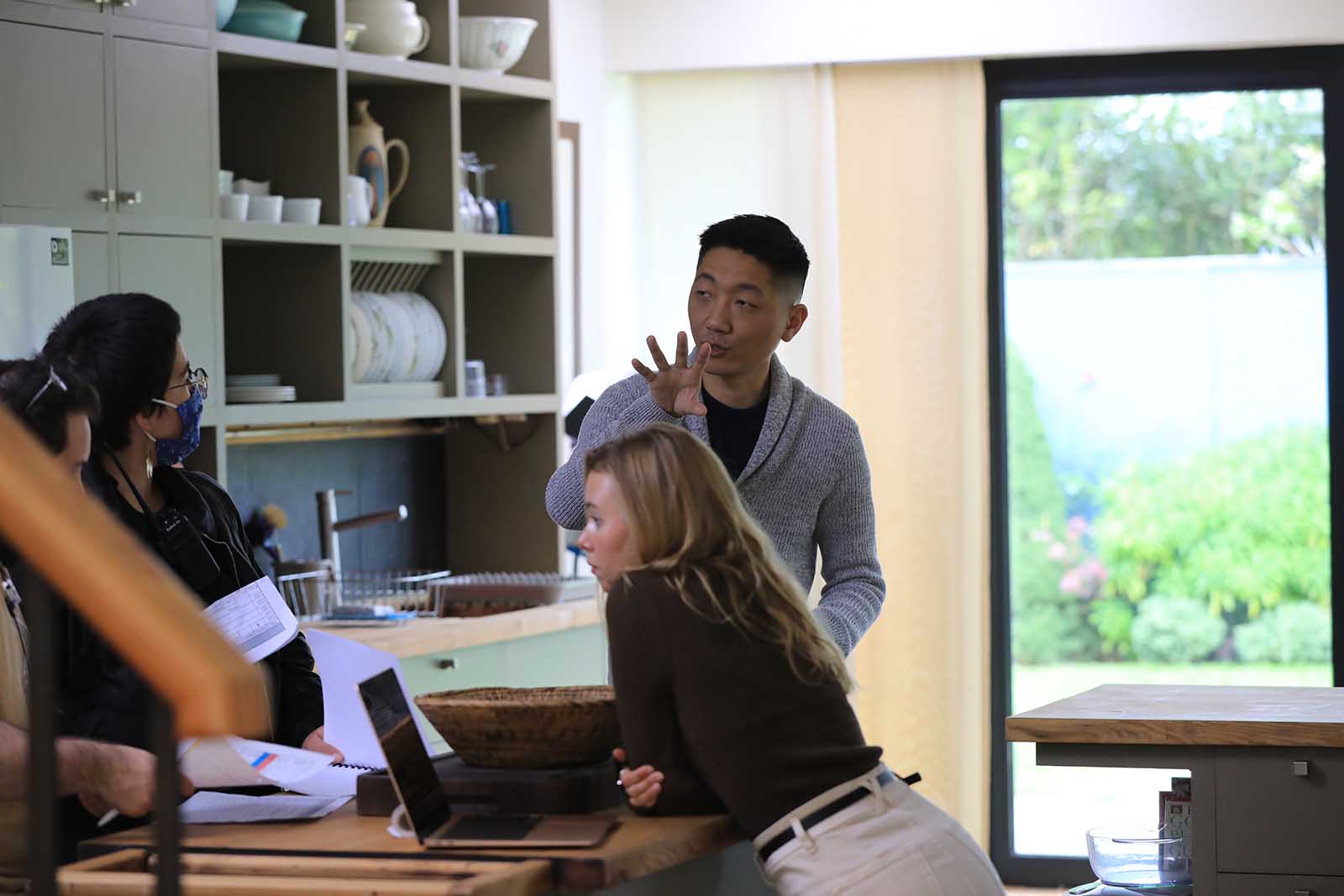 A must see for fans of psychological thrillers

Whether you’re into the classics like Kubrick or Hitchcock, or prefer more modern directors like Bong Joon-Ho & David Fincher, anyone who likes a good thriller needs to watch HELP. Stick out the slow & cliched beginning, and you will be deeply rewarded by the end of the indie film. 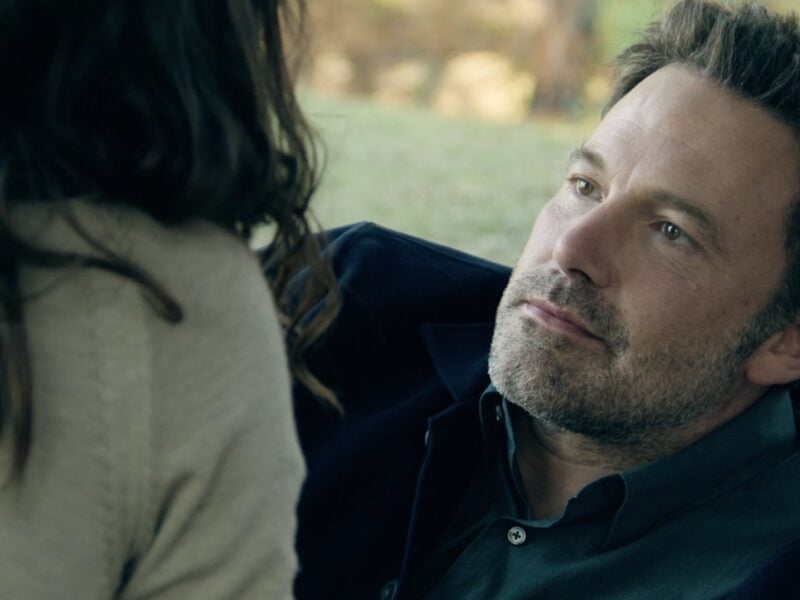 Watch ‘Deep Water’ 2022 online for free: Where to stream 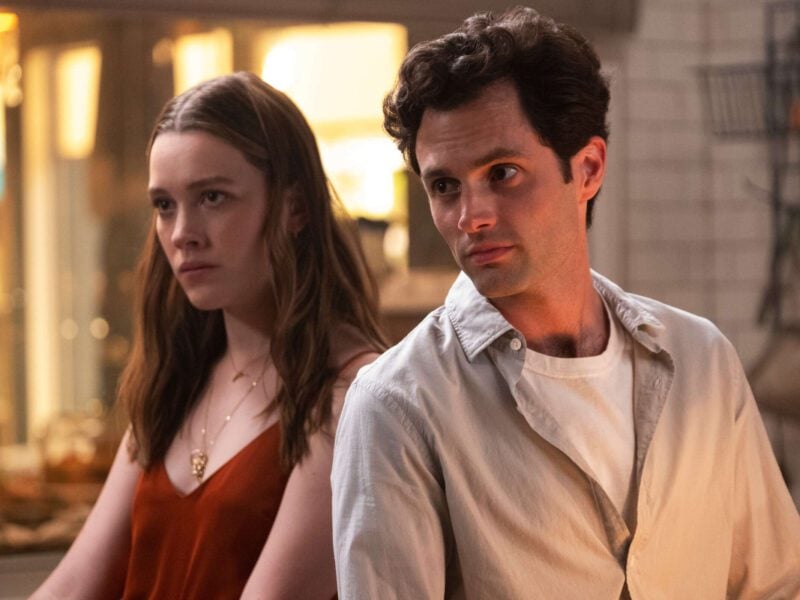 Did Netflix finally reveal the release date for ‘You’ season 3?