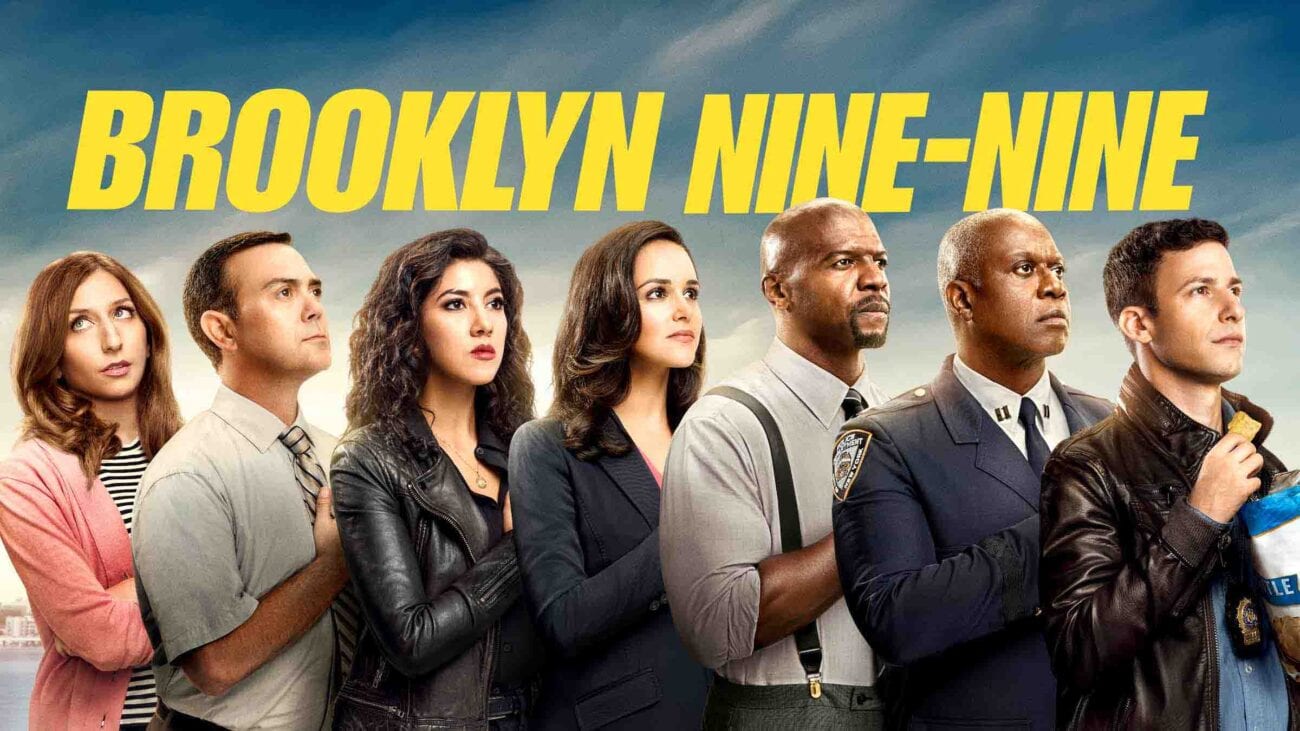 Bingpot! Check out these memes about the ‘Brooklyn 99’ remake

A sad truth in this world is that when a television show or movie becomes successful, there will most definitely be remakes. For international markets, this has been true for longer than a lot of people realize.

The reality show Big Brother which has continued for more than two decades in the U.S. started in the UK and has iterations in various other countries. Scripted Spanish show Money Heist is being remade in India, and so on and so forth.

It really isn’t a surprise that the adored workplace sitcom Brooklyn 99 got a French Canadian remake. However, this remake wasn’t met with open arms. Actress Melissa Fumero, from the original U.S. version of Brooklyn 99, pointed out how the main cast appears to be whitewashed. Others just hate the trailer they saw.

Fumero said on social media, “I’ve been thinking about this a lot, and it basically comes down to this… while I understand the Latina population is v small in Quebec (& how many of them are funny actors?) the Amy n Rosa roles [sic] could’ve gone to ANY BIPOC so it’s disappointing to see that missed opportunity.

“Furthermore, I love actors so I do not mean to shame these actresses, it’s not their fault… it’s up to the decision makers.” She also added, “Also, you guyssssss Amy is not sexy ON PURPOSE. So that bums me out too.”

So, let’s look at some of the memes dunking on the knock-off Brooklyn 99, called Escouade 99. 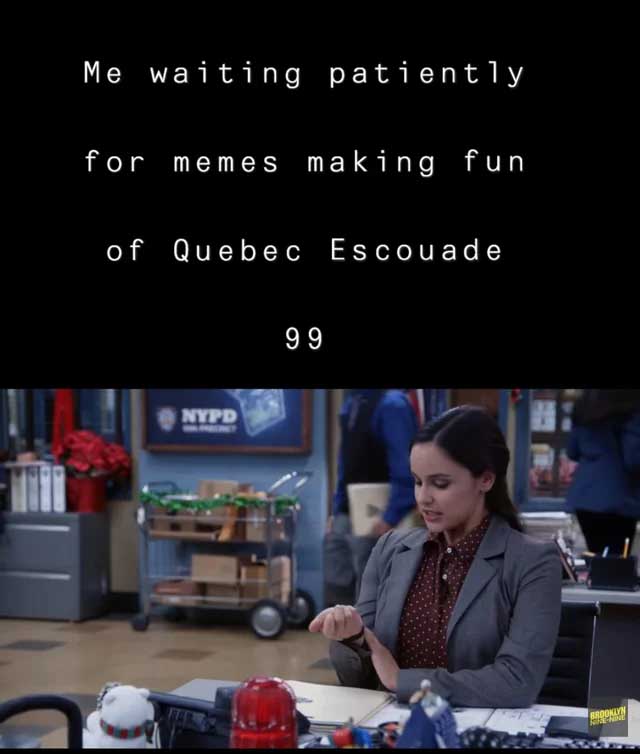 The calm before the storm

The first people to see the trailer immediately knew the makers of memes were going to have a heck of a time with Escouade 99. They waited slightly impatiently for the incoming jokes. They have been handsomely rewarded since then. 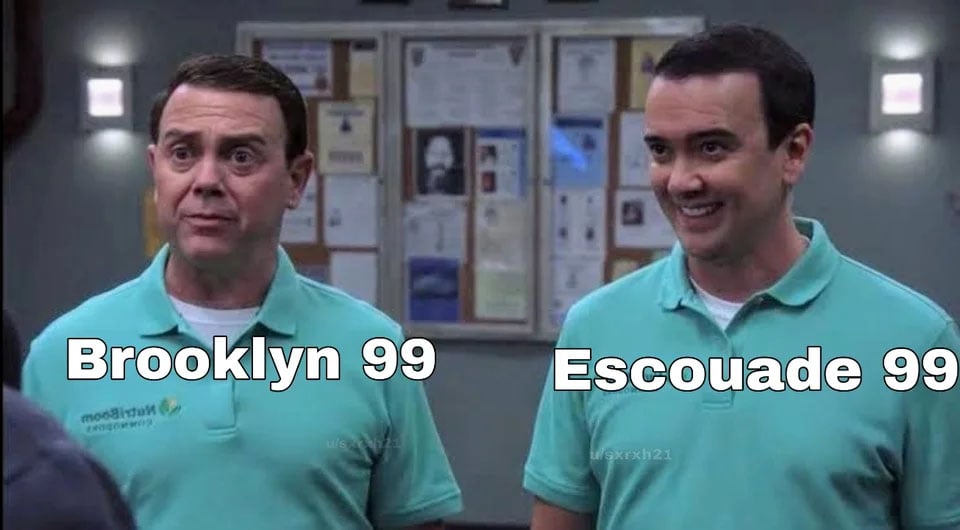 It’s practically the same, but something feels wrong. Like an eerie glimpse into an alternate universe. 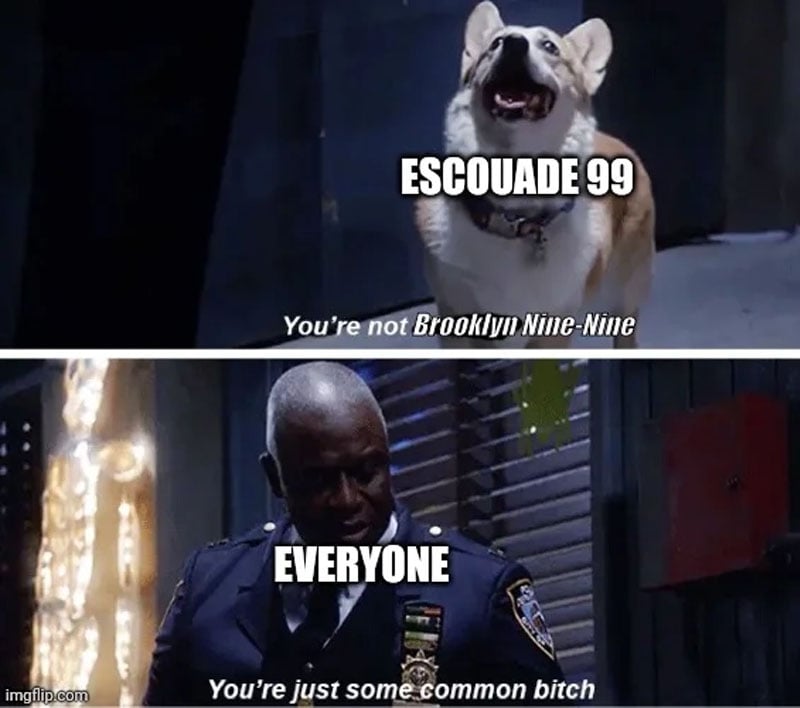 While there is a definite visual resemblance (mostly) between Brooklyn 99 and Escouade 99 it still feels like just another basic sitcom somehow. Anyone can spot the difference. 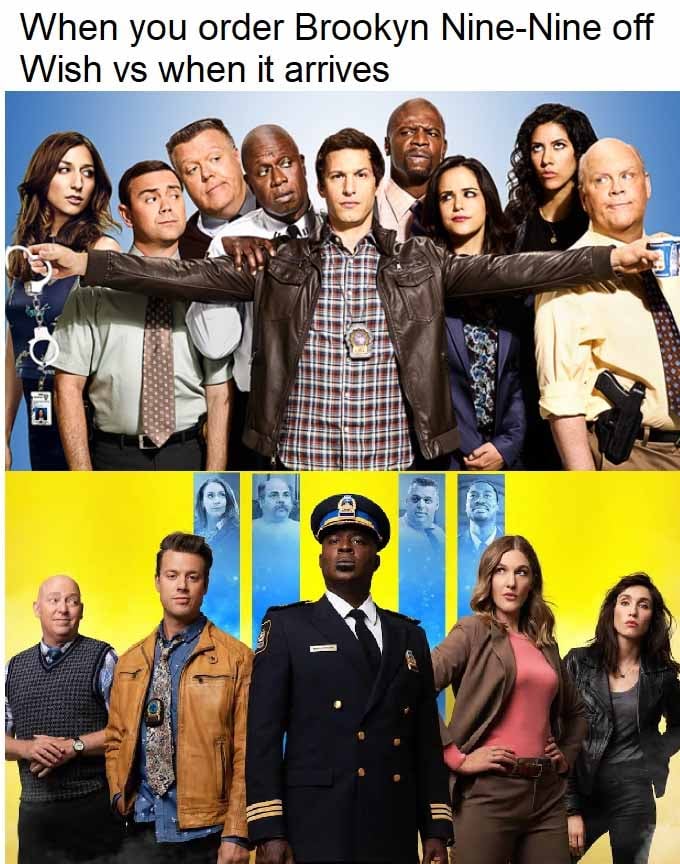 Wish is a well-known website for selling questionably legal knock off products, we’re having flashbacks to the time we ordered a Gucci handbag and it turned out to really be a “Gnocchi”. 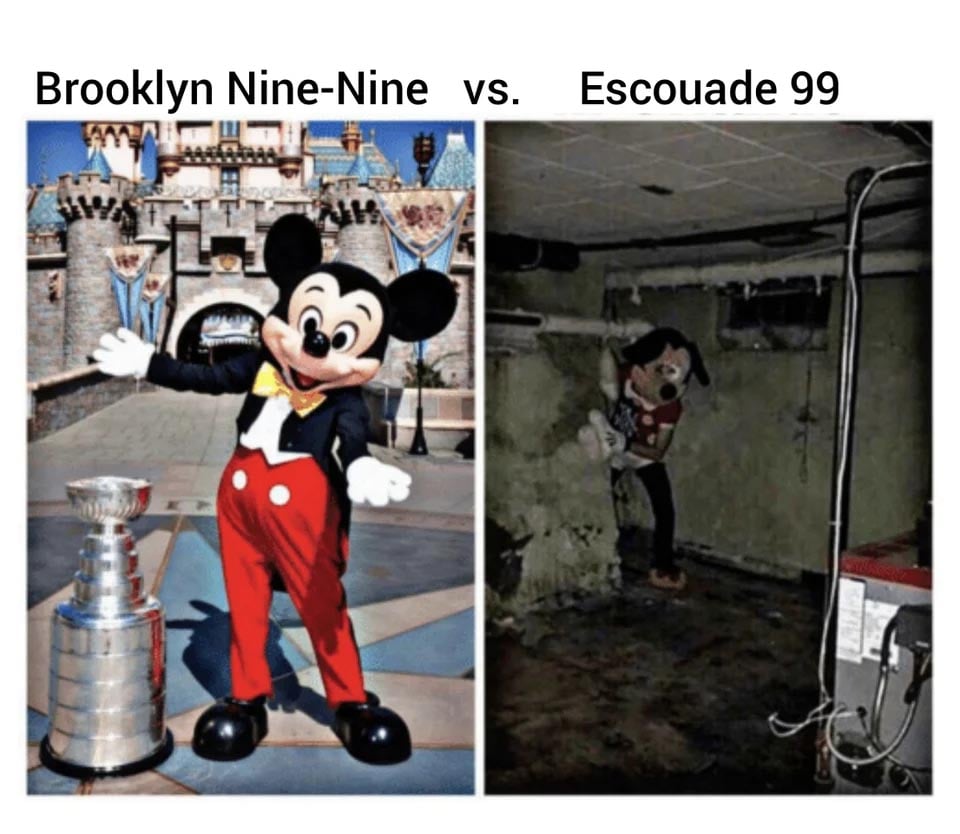 While the trailer isn’t exactly nightmare material, it does somehow evoke the same “something is very wrong” feeling the right hand image in this meme does. Now, just imagine the Brooklyn 99 theme song being played on an out of tune recorder. 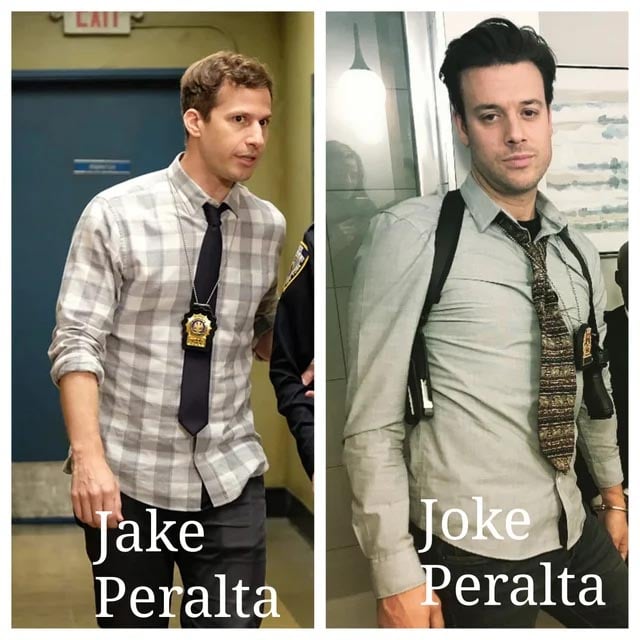 The comparisons honestly just feel weirder the longer you look at them. 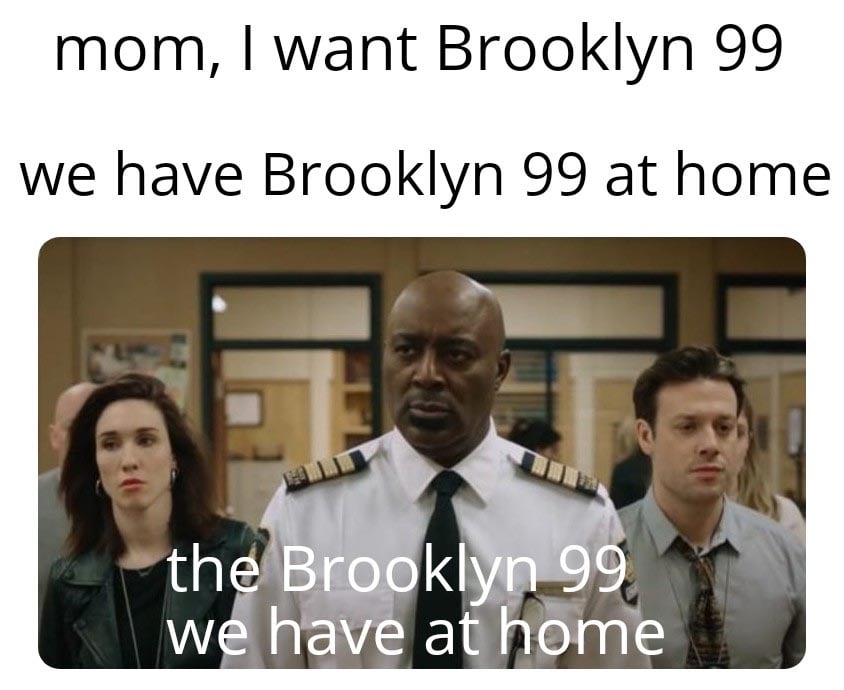 It’s not the same

Escouade 99 feels like the leftover meatloaf sitting in the fridge, when you know you could have had a burger and fries from your favorite restaurant.

Rick seems to have pinpointed the weirdness. It looks like a low budget, cheesy remake one may find on the internet.

Brooklyn 99 Fans: I don’t know if I can enjoy the show in light of the reality of police brutality. There would need to be major changes…

We realize this show likely began production long before all the protests started, but this is still a horribly timed announcement.

‘FASCINATING’. Yeah that’s one word for it.

The actor who plays Boyle on Brooklyn 99 chimed into the discussion replying to someone else, and he also seems less than pleased by the way his character was recast.