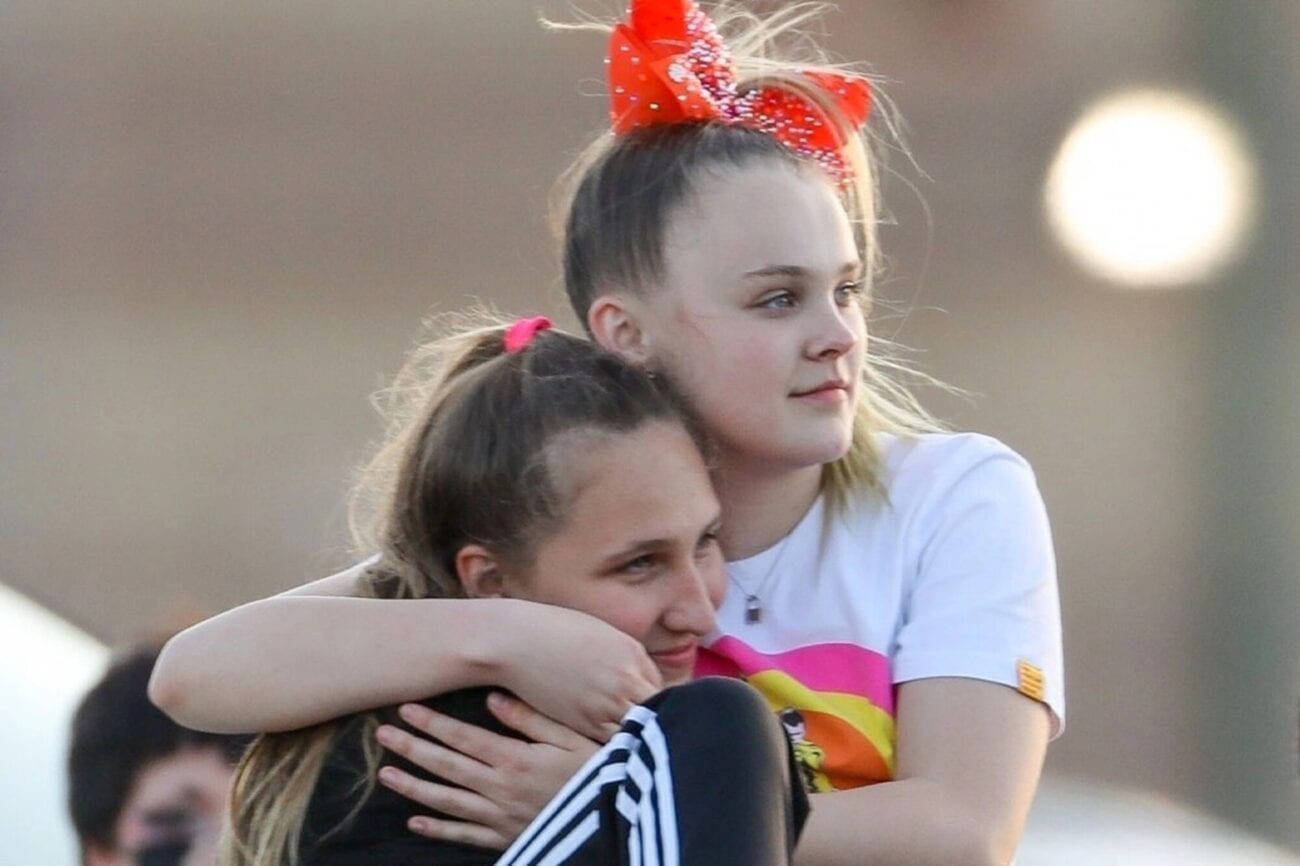 Is JoJo Siwa this generation’s queer icon? These TikTok videos think so

Jojo Siwa is really on her way to becoming one of this generation’s most well-loved queer icons. Ever since the star came out to the world earlier this year, she has been posting tons of adorable TikToks of her and her cute relationship with her girlfriend Kylie Prew. Her bubbly attitude is truly infectious. Are you also a huge fan of Jojo? Let’s take a look at some of the star’s most unapologetically prideful and cutest TikToks here.

Her coming out video

Any fan of Jojo Siwa remembers the legendary day when she quite literally broke the internet. Back in January, the star posted a TikTok of her dancing and singing along to the LGBTQ+ anthem “Born This Way” by Lady Gaga, which made her fans wonder if the star was coming out to the world. She sang along to the lyrics: “No matter gay, straight, or bi, lesbian, transgendered life/I’m on the right track baby, I was born to survive”.

“No matter black, white or beige, chola or orient made/I’m on the right track baby, I was born to be brave”, the lyrics read. She posted the video while donning a white bow with rainbows on it as well as a white hoodie that also had rainbow colors, and she was also sitting in rainbow-colored lighting. Fans and friends of Jojo Siwa immediately began to flood her comments with congratulations and tons of love and support. How sweet!

Eventually, Jojo Siwa confirmed that she was indeed a part of the LGBTQ+ community by posting another photo to her Twitter account telling the world that her cousin got her a new shirt. In the pic, the star wore a shirt that read in bold capitalized letters: “Best. Gay. Cousin. Ever.” and Jojo Siwa can be seen looking down at the words and grinning from ear to ear. After coming out, she expressed in a later video that after sharing the news to her fans about her life, she had “never been this happy”. We love that for her.

I did it!!😭❤️ my human. It’s been 1 month since my best friend asked me to be her girlfriend, and it’s been the best month ever. I love you☁️

And of course, since Jojo Siwa shared the news about her sexuality, she soon began to share more about her private love life to the world, including being head over heels in love with girlfriend Kylie Prew. This was yet another TikTok of hers that broke the internet, as this was the first post the star made of her girlfriend. Just look how happy the two of them look together in this TikTok post!

🥰🥰🥰 And I love her more than everythinggggg:)

Since then, Jojo Siwa has posted a few more TikTok videos of her with her girlfriend, and her fans are absolutely here for it. In fact, her couple posts end up being some of her most popular videos on the media app. On their anniversary in June, Jojo Siwa wrote to Kylier Prew: “You’ve changed my life forever. I love you more and more every day. Thank you for being the best girlfriend in the world. Happy five months, my love bug”.

Kylie Prew also shared a photo of the two of them to her Instagram story back on their five month anniversary and wrote: “My one in a million. I love you more and more each day”. Come on, just look at this TikTok video of the two of them having fun at the store together giving each other piggy-back rides. That’s enough to make anyone smile over how adorable the two lovebirds are.

♬ This is my family – STEEERLING

Last but not least, the couple dueted another user’s TikTok that claimed the person looked exactly like what Jojo Siwa and Kylie Prew’s love child would be. We totally see it!

During Pride month in June, Jojo Siwa shared to her Instagram fans by writing: “Happy Pride Month! 🌈 It’s time to celebrate being who you are and LOVING who YOU wanna LOVE!! ❤️. It really has been the best five months of my life truly being exactly who I am, and finding love has been the best part of it all. I love this human so much. I’m so happy❤️”, she wrote about Kylie. Aww!