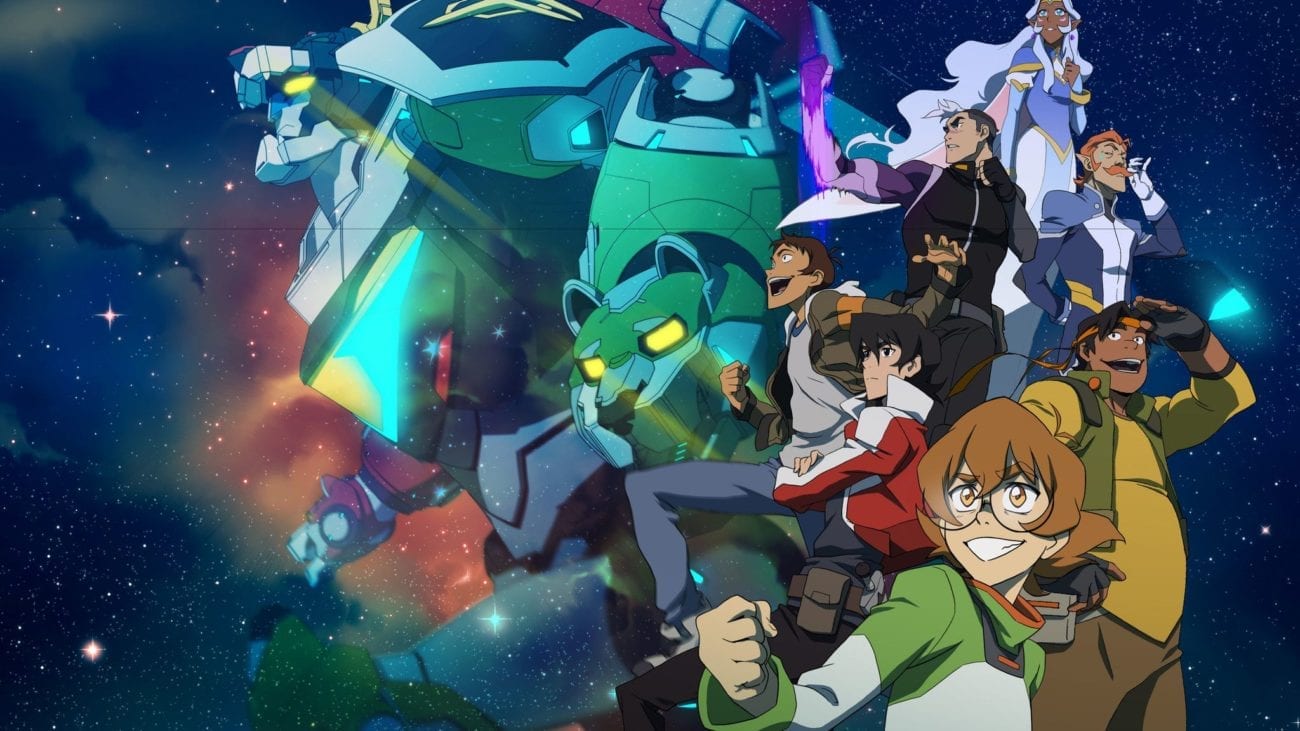 Unless you’ve got kids, the Netflix reboot of the 80s cornerstone Voltron probably hasn’t reached the periphery of your TV watching schedule. And even if you did hear back in 2016 that the streamer was launching a modern-day Voltron, we’re guessing you spouted something like, “generation why do we need to see another of our childhood classics crushed by a cash-grab reboot?” while throwing your hands up in the air in despair. Or something along those lines.

After all, so many of our favorite childhood memories have been tarnished with a number of embarrassingly executed reboot fails. Who remembers the bizarre Scooby Doo revival spinoff Be Cool, Scooby Doo? And who’s been following the updated Powerpuff Girls containing just a fraction the sugar, spice, and all things nice of the original? No one, that’s who.

But while the Hollywood reboot mill has successfully crunched up and spat out a number of rehashed classics that are nothing more than exercises in earning the networks an easy paycheck, Voltron: Legendary Defender has proved itself to be so much more than just a campy show about teenage space explorers and robot lions (although it’s got them too). You might not know this yet, but the show has been paving the way for a new generation of woke individuals, by banishing stereotypes with all the gusto of an anime space soldier defeating King Zarkons’s intergalactic alien force. 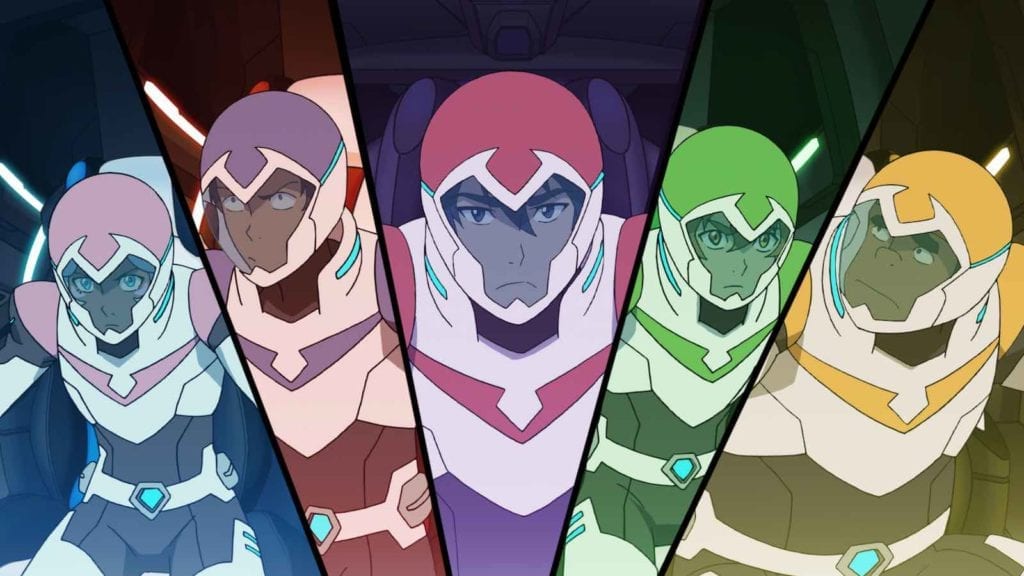 This came to a head at this year’s San Diego Comic-Con, where a Voltron panel with executive producers Joaquim Dos Santos and Lauren Montgomery and a few of the voice actors dropped several major revelations about the show’s forthcoming seventh season, the most notable being the confirmation that one of its lead characters is gay, an announcement that received cheers from the crowd.

Yes, Shiro will be revealed to be attracted to men in S7, and we’ll also be introduced to Adam – Shiro’s ex-boyfriend. Santos described why he was glad to see the fandom’s positive reaction to the big reveal. “It’s interesting because the show has taken on a life of its own online. There are points of contention and people debating this or that. It’s all come to this sort of fever pitch at times, and this being one of those points in time. This was an awesome release of a lot of that energy, and we felt it on stage.”

The 80s reboot has taken the show above and beyond what could’ve been a lazy nostalgia trip and paved the way for inclusivity. Even before the announcement of Shiro’s sexuality, the show has incorporated storylines that explore gender identity and gender fluidity with tact and authenticity.

.@ArtOfLaurenM says you will meet Adam, Shiro's significant other in season 7! #Voltron #SDCC2018

If you hadn’t paid attention to the voice actors of the show, you likely wouldn’t have noticed the tech-savvy Paladin of the Green Lion, Pidge (voiced by Bex Taylor-Klaus), was a girl. Everything about the character led many to presume she was a boy, which as we soon find out was an identity she had to assume in order to find her family.

As outlined by Collider, Pidge’s birth gender gets brought up by Allura. “After failing to coerce the information out of Pidge at a party, the princess resolves, ‘I just want you to know you can confide in me if there’s anything you ever want to talk about.’ By the beginning of episode 6, Pidge has her ‘coming out’ moment after foiling another plot to steal the Voltron zords.”

Telling Allura that she needed to “come clean” and expressing worry it might change the way her friends think of her, Pidge goes on to explain, “Just so there are no secrets between us anymore, I can’t ‘man up.’ I’m a girl. I mean, I can ‘man up’ because that’s just a figure of speech. I don’t actually have to be a man to ‘man up.’” Following on from her reveal, the characters are accepting of Pidge, and Shiro tells her, “Owning who you are is going to make you a better Paladin.”

This message teaches an important lesson to its viewers. Pidge is a technical genius – she’s also brave, curious, and a hard worker, making her the perfect role model for young audiences. They cheer for her, they root for her, and when she came out, they accepted her (no matter what her gender). Storylines such as Pidge’s promote understanding of gender-fluidity and trans issues, demonstrating how gender is not black and white – there are so many grey areas. 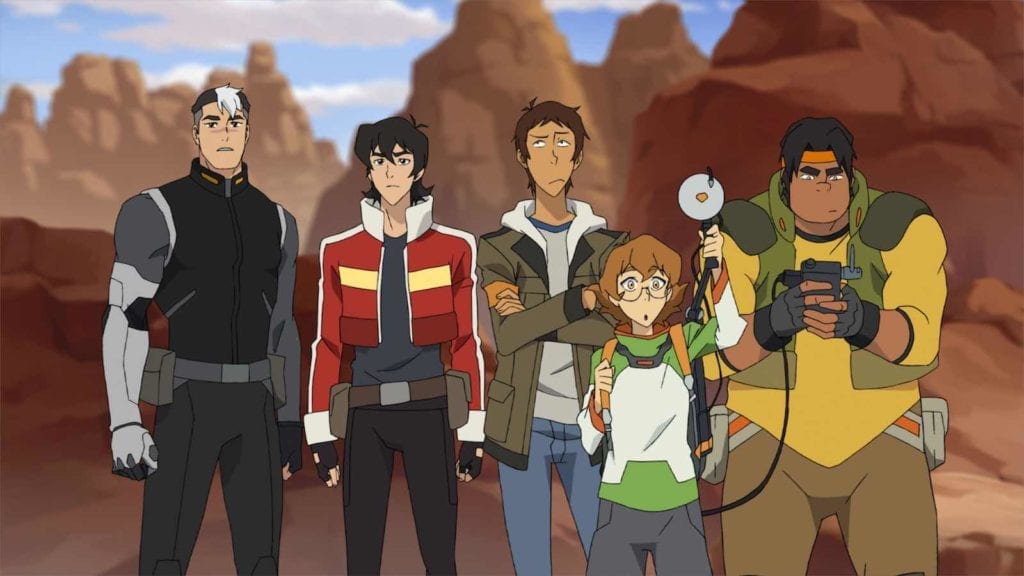 Voltron: Legendary Defender joins a number of animation shows that are reshaping kids’ TV and incorporating LGBTQI characters with meaningful storylines. Collider pointed out Cowboy Bebop, which offered viewers a similar revelation with its character Edward – a hacker-type who often refers to herself in the third person. “Like Pidge, she was presumed to be a boy, but towards the end of the series, her father uses the identifier ‘she.’”

Back in 2014, Korra in The Legend of Korra had a relationship with another female character, and more recently, Steven Universe incorporated a lesbian marriage proposal into its narrative. Shows like The Loud House have received thanks from bi-racial and LGBTQI young viewers, as well as parents of autistic kids who relate to its inclusive narratives. Set to debut in 2019, The CW will release its standalone Batwoman animated show with the queer cape-wearer set to be the first openly gay female superhero on TV.

While there’s a way to go and we do hope that one day such stories are not defined by landmark achievements, it’s important that shows like Voltron: Legendary Defender continue to hold the torch for inclusivity and tackle diversity issues that impact young audiences today. 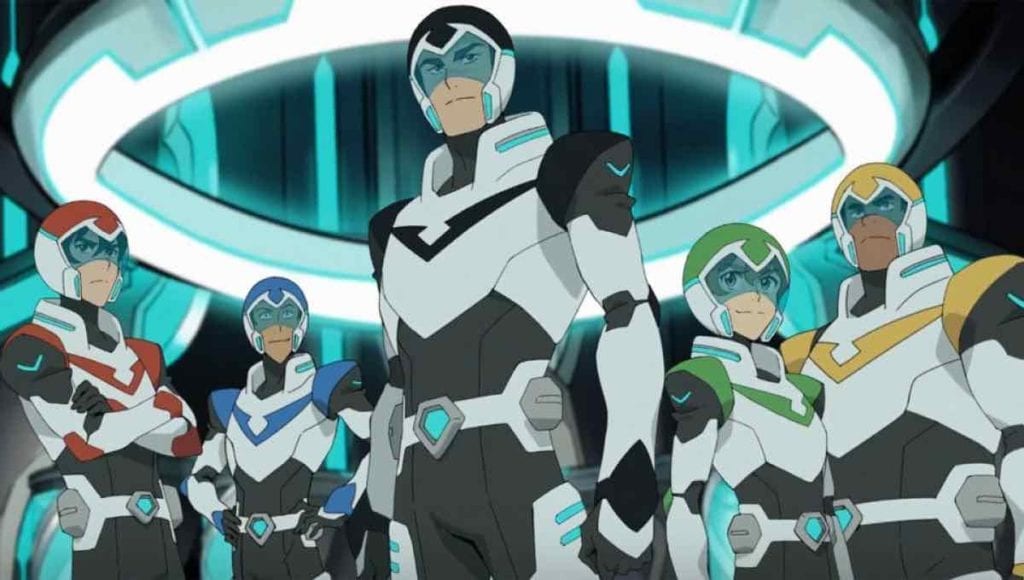 Of course, Voltron: Legendary Defender’s LGBTQI inclusion wouldn’t have half the impact it does were it not for the show being so watchable. Since its release back in 2016, it has earned a reputation as one that is just as much fun for the adults to watch as it is for the young’uns. Parents have expressed their delight at cracking out the popcorn and bingewatching the reboot with their kids and, as such, a dedicated fandom has emerged online.

“If you have been dismissing Voltron and haven’t watched it because it’s ‘just a kids show’ I think you are making a mistake,” declared writer and mom to two kids, Deanna Tousignant. “If you are normally open to the idea of watching anime or other cartoons that are aimed at an audience beyond young children, you’ll probably enjoy this series.”

Tousignant went on to describe a trait many of the fans have outlined in their admiration for the show, in that the various Voltron pilots each have their own insecurities and complexities to add to their identities – not just as pilots, but as individuals too. 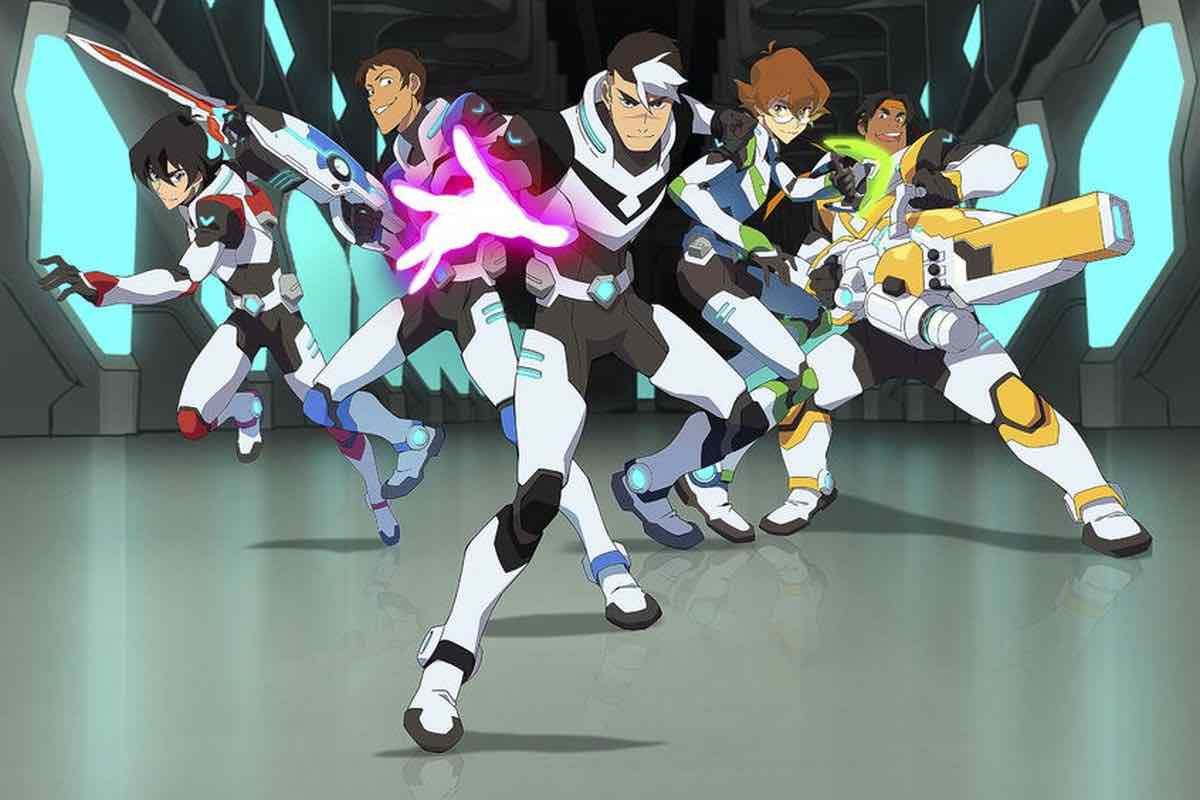 Shiro suffers from PTSD after being held as a captor of the Galra. Princess Allura is the last known female survivor of an alien race, therefore leaving her with a longing for her home planet and her deceased father.

Meanwhile, we find out Pidge became a Galaxy Garrison cadet as part of her search for her missing father and brother. You can’t help but root for the characters and feel empathy for their ongoing struggles; giving each cruisador their own unique set of motivations makes their stories and their drive to protect the universe so much more compelling to watch.

Furthermore, the CGI scenes are kept to a minimum – a welcome feature for any adult fans who love classic anime visuals. And most importantly, there’s humor to be found in each and every episode of Voltron: Legendary Defender that will appeal to audience members no matter what their age.

Because we can spend all day talking about character arcs and visuals and inclusivity, but at the end of the day, the show’s premise is a giant robot that’s made of lions that form together. “It’s a ridiculous concept, and we have to embrace that,” said Santos. And embrace it they did by offering sight gags and body function humor, as well as subtle quips and one-liners that will have you laughing out loud (even if you are 30+).

It’s for all these reasons that Voltron: Legendary Defender is so much more than a cheap and easy reboot of an 80s kids’ cartoon. Not only is it paving the way for a woke generation with its inclusive narratives and LGBTQI representation, but it also stands as a barrier breaker between entertainment for the young and the old.

There’s something for everyone in the show, and in the sea of reboots that continue to make their way to our screens, Voltron: Legendary Defender stands as an example of how to get it right. 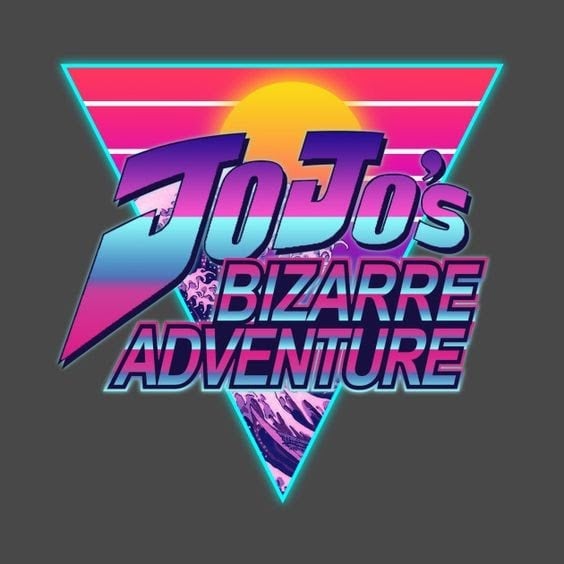 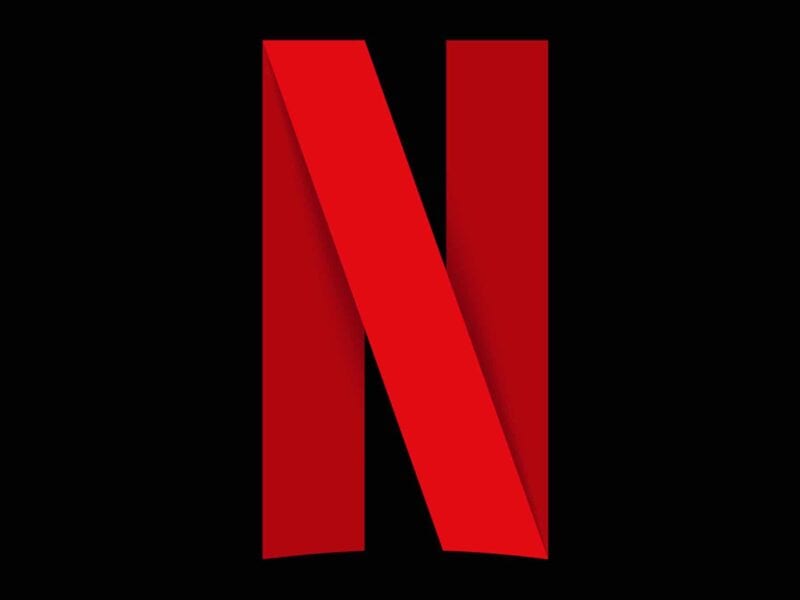 Weeb out: All the great anime series available on Netflix 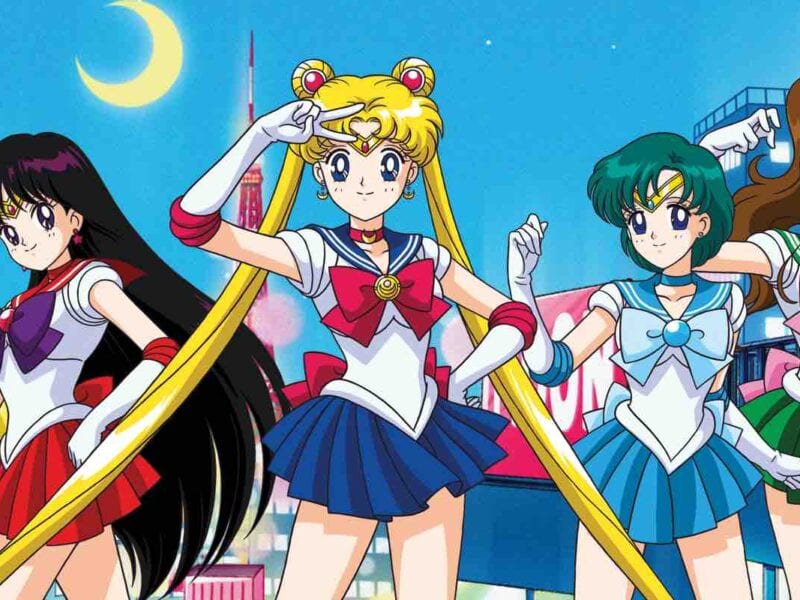 ‘Sailor Moon’ continues to be iconic: The best quotes from the characters