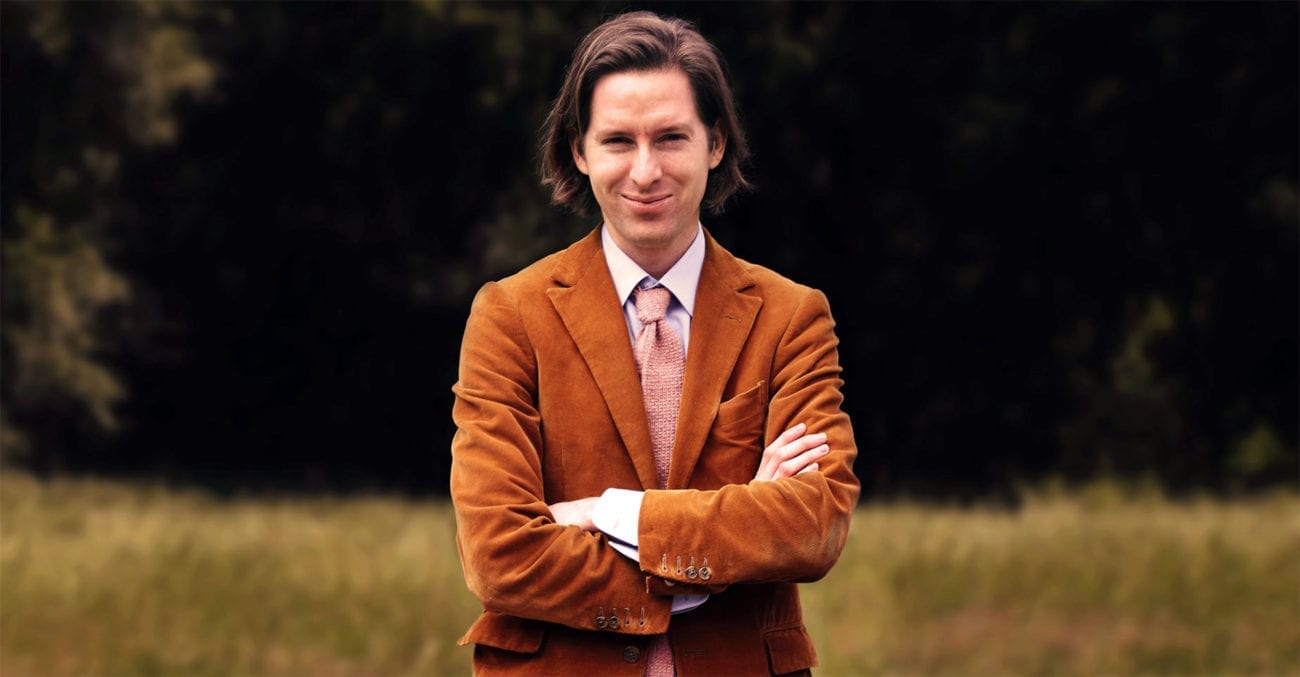 From the Tenenbaums to the Whitmans: Wes Anderson’s quirkiest characters

News about whimsical auteur Wes Anderson revealed his next film will be a musical set in post-WWII France, which (as AV Club pointed out) he somehow hasn’t done yet. Sounding like the most Anderson thing Anderson has ever Andersoned, French site Charente Libre detailed that the director has been hanging around in the picturesque Angoulême area in southwestern France to scout for locations for the live-action flick.

And of course, a whole range of oddball characters to fall in love with – it’s what Anderson does best. Here are fifteen quirky characters from Anderson’s oeuvre that are most satisfactory.

He’s enthusiastic, he’s naive, and he’s the most inept burglar there ever was. Dignan saw Wilson set the bar in Anderson’s debut feature for all the tender losers to follow.

Pallana was cast in many of Anderson’s films, but it’s his debut as the bumbling safe cracker that we’re most fond of. Throwing Dignan’s heist plan into disarray at the most inopportune moment, Pallana is an absolute scene stealer thanks to his wry humor and deadpan performance.

Max’s character could’ve so easily ventured into the irritating territory, but thanks to Anderson’s quirky humor and Schwartzman’s sweet, sincere performance, he sidesteps any negativity to set the tone as the archetypal oddball underdog present in so many of Anderson’s films that followed.

Max is at once a genius and an underachiever who does not yet know how to navigate his ambition and overcome his pride and, like most 15-year-olds, is at the whim of desire. In this case, the much older teacher, Rosemary Cross (Olivia Williams).

A beautiful character with a beautiful performance, Murray as Herman Blume marked the start of a long and fruitful collaboration between two beloved figures of cinema.

It also marked the start of Murray’s reputation as an indie gem in the mid-life crisis stage of his career, playing a self-loathing millionaire who finds a new lease of life through his friendship with Max and subsequent relationship with Mrs. Cross (much to his new buddy’s dismay).

Hackman’s performance as the narcissistic center of the Tenenbaum family stands out because it breaks away from the archetypal Anderson tone and is a thing of its own. Yes, he might be one of the world’s worst dads, but he’s the guy from whence all of his kid’s quirks came from. Speaking of which . . .

Margot Tenenbaum is the smoking, deadpan, weird girl who everyone either wanted to be or wanted to be with (or maybe a bit of both). Defined by her missing finger, thick eyeliner, and a deep air of sardonic sadness, Paltrow plays the character perfectly, depicting a numbness that makes her palpable loneliness all the more painful.

This is the only other time we’re bringing up Murray, promise. But how can we not give his titular character a mention, as the Jacques Cousteau-like oceanographer dealing with great grief and loss. He’s the quintessential Anderson lead, defined by a self-centeredness that is overshadowed by charisma and heart.

Seu Jorge’s David Bowie covers were such an essential part of this film that we’ve decided to give a shoutout to the musician who moved audiences and delicately connected the scenes with his endearing covers. Even the Thin White Duke himself was a fan, stating: “Had Seu Jorge not recorded my songs in Portuguese, I would never have heard this new level of beauty which he has imbued them with.” Swoon!

It’s a difficult thing to outshine Wilson and Schwartzman in an Anderson film, but Brody really does as the middle and arguably least neurotic brother of the sibling trio who embark on a train journey across India to reconnect after their father passes away.

Perhaps knowing of their neuroses (or because of his own), Peter holds onto their father’s keys, uses their father’s razor, and wears their father’s glasses to try and see the world through his eyes. Brody brings charm, wit, and soul to the role and fits well into Anderson’s carefully crafted universe.

Has there ever been a role Huston hasn’t dazzled in? In The Darjeeling Limited she’s an elusive figure who’s not always present – in fact, she’s the mother who’s been absent for much of the Whitman brothers’ lives. When they pay her a visit, Patricia is confronted with her boys where she offers closure on their pain before disappearing once more (but not without leaving them breakfast).

Obviously our top choice for the Fantastic Mr. Fox has to be the loveable rogue himself. Voiced by George Clooney, the titular character – like all of Anderson’s protagonists – is longing for something more. He’s cocky, intelligent, and perhaps a little too sharp for his own good.

He might not be one of the lead characters, but boy does he lead the pack as the no-nonsense scout leader in Anderson’s winsome romance Moonrise Kingdom. Running his team like a well-ordered regiment, he’s rarely seen without a cigarette in his mouth. And while he is there for comic effect, his enthusiastic desire to find missing scout Sam (Jared Gilman) also infuses the character with heart and tenderness.

Dafoe has always been a deft hand at playing the most vile of villains and in The Grand Budapest Hotel, he might just have reached his peak as Dmitri’s bloodthirsty psychopathic assassin. Dafoe steals every damn scene he’s in with a creepy, menacing demeanor (even when we don’t want him too – do we even need to mention the cat?).

Monsieur Gustave expresses a warmth and empathy towards lobby boy Mr. Moustafa (Tony Revolori) as the pair strike up a friendship while teaming up to prove Gustave’s innocence after he is framed.

The gold standard concierge representing the charm and heart of the hotel in which he works, Gustave enjoys the finer things in life and has a penchant for the older ladies, but at the center he is a truly kind-spirited man, one whose effortless charm is an absolute delight to watch on screen.

Cranston voiced the canine character Chief in Anderson’s second venture into stop-motion. A true hero of the pack, Chief agrees to help protagonist Atari Kobayashi find his dog, Spot, after the pups were all exiled to a garbage dump called Trash Island. This was Cranston’s first venture with Anderson and boy did he nail it, delivering a tough and gruff intonation but also showing tenderness when it was needed the most.