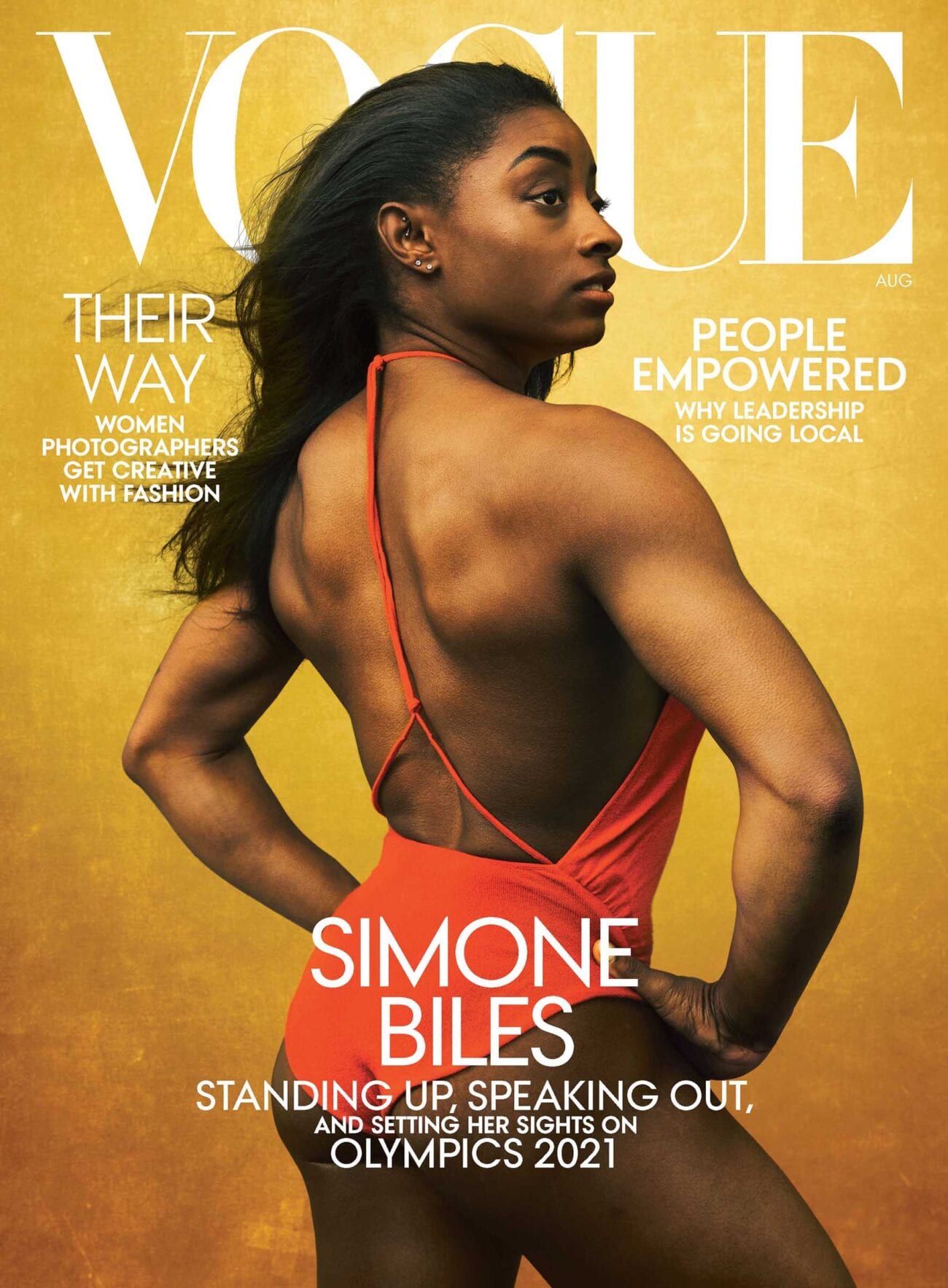 When Simone Biles’ Vogue cover dropped online, immediately people recognized the issues with the photos. The normally glowing gymnast looks far from her best on the cover, but it’s not because she was photographed on a bad day. In fact, it’s clear the photographer didn’t take the time to properly light Biles, so she fades into the background.

Twitter was quick to call out photographer Annie Leibovitz for the poor photos of Biles. But the bigger complaint was with Vogue themselves, since they let the cover go to print as is without retaking the photos. This is far from the first incident of controversy involving the cover of Vogue, proving the magazine is way out of touch. 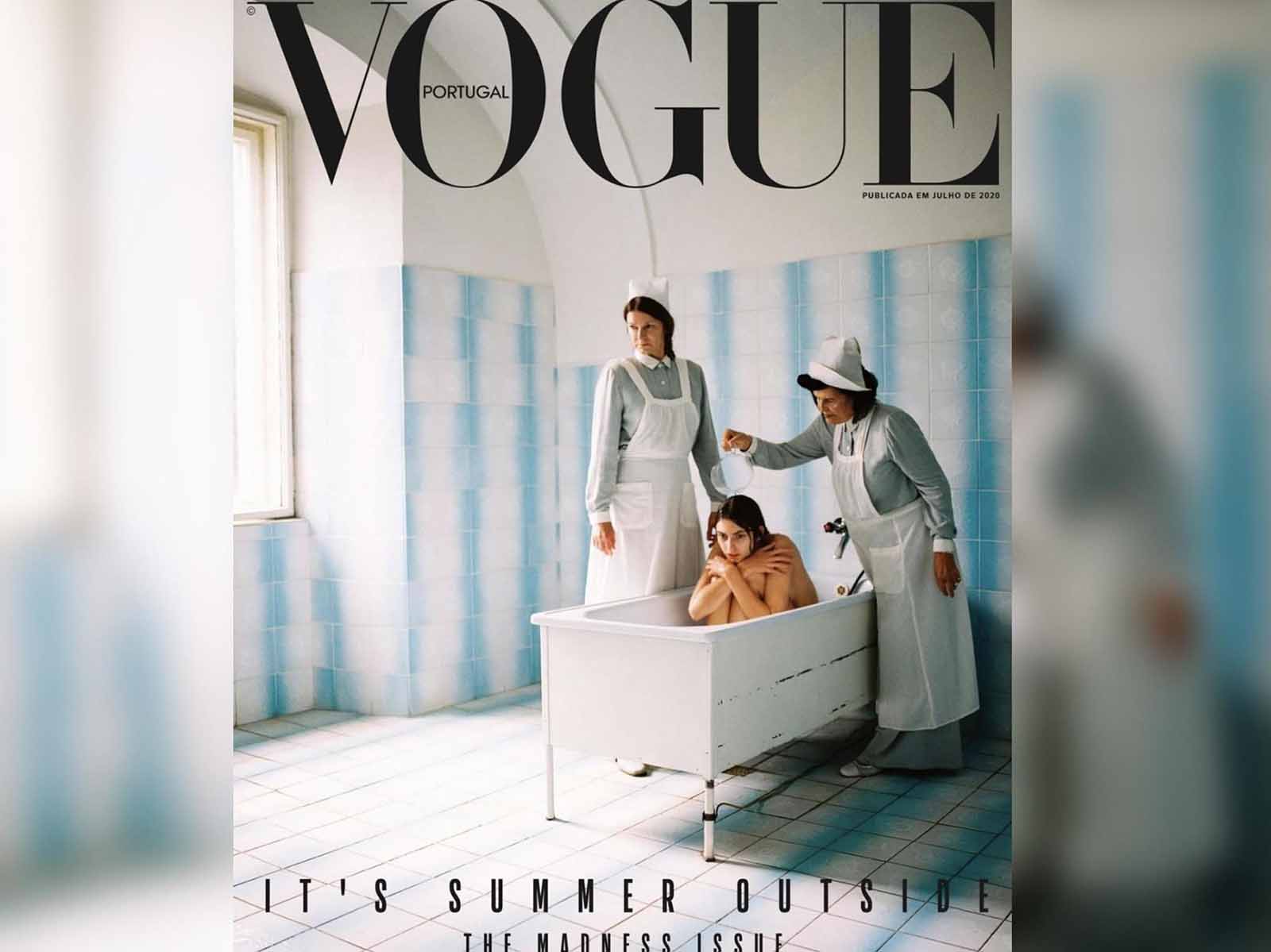 The Simone Biles cover isn’t even the first out of touch moment of 2020 with Vogue. The Portugal edition of the fashion magazine was set to publish its July 2020 edition with a focus on mental health. Pictured on the cover was Slovak model Simona Kirchnerova naked in a tub, with two women in nurses’ garb next to her.

Portugese model Sara Sampaio was one of many to call out the cover, saying the shoot was in “very bad taste” and resembled a mental hospital, where the mentally ill were tortured. Vogue Portugal eventually pulled the cover and issued an apology on social media. 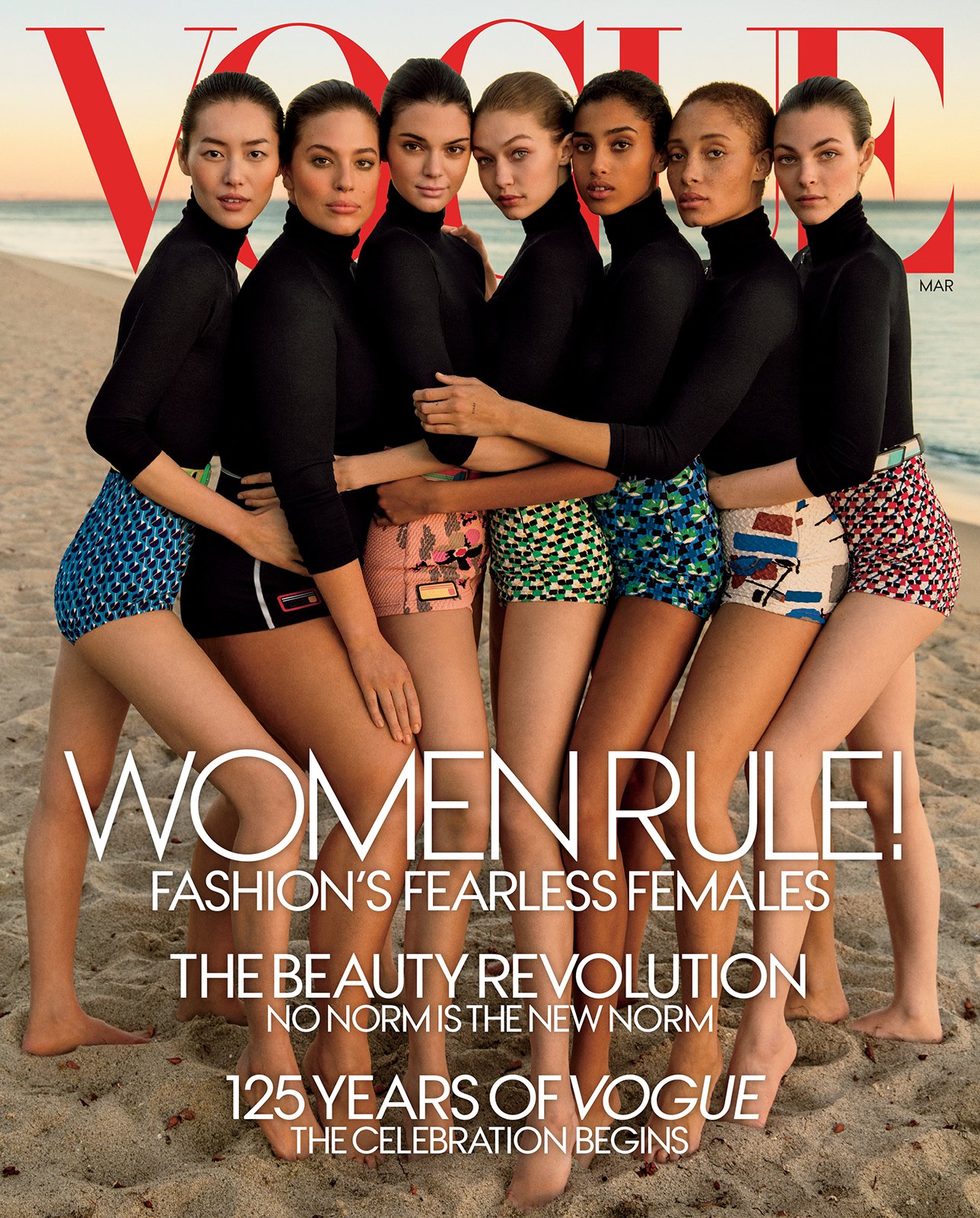 Different women who all look the same

March 2017 saw Vogue hosting Ashley Graham, Kendall Jenner, Gigi Hadid, Adwoa Aboah, Liu Wen, Imaan Hammam, and Vittoria Ceretti grace the cover. The feature was about how not one type of woman defines beauty, but a variety of sizes, ethnicities, and skin types.

Yet all the girls are fairly light skinned, and Graham was the only plus sized model, with many noticeable differences to her pose and outfit versus the other models. Several people called out Vogue for failing to truly promote different body types. 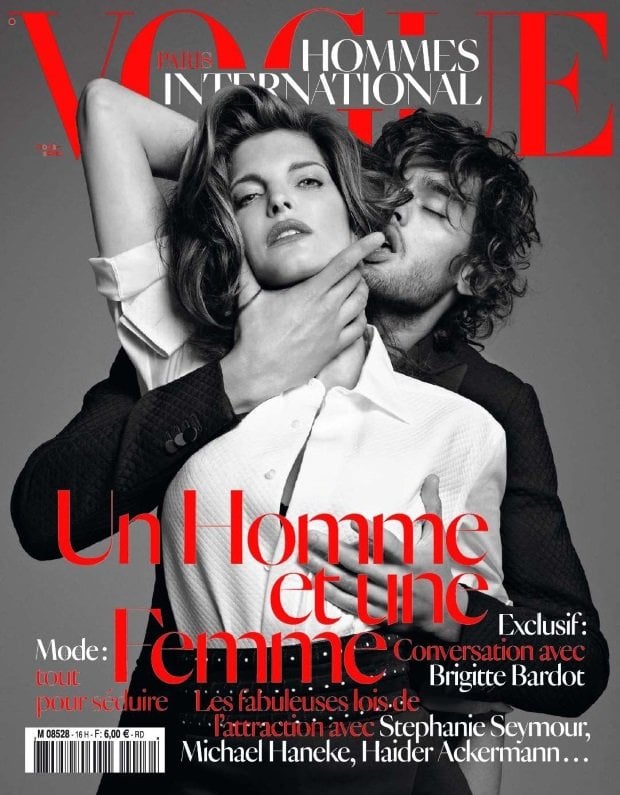 Photographer Terry Richardson has always been controversial, so when he shot the March 2012 cover for Vogue Hommes, everyone knew it was going to be questionable. But what they didn’t expect was Brazillian model Marlon Teixeira was going to be choking Stephanie Seymour.

Many argued the image promoted domestic violence, as well as non-consensual choking. However the French publication kept the cover, and didn’t comment on the controversy. 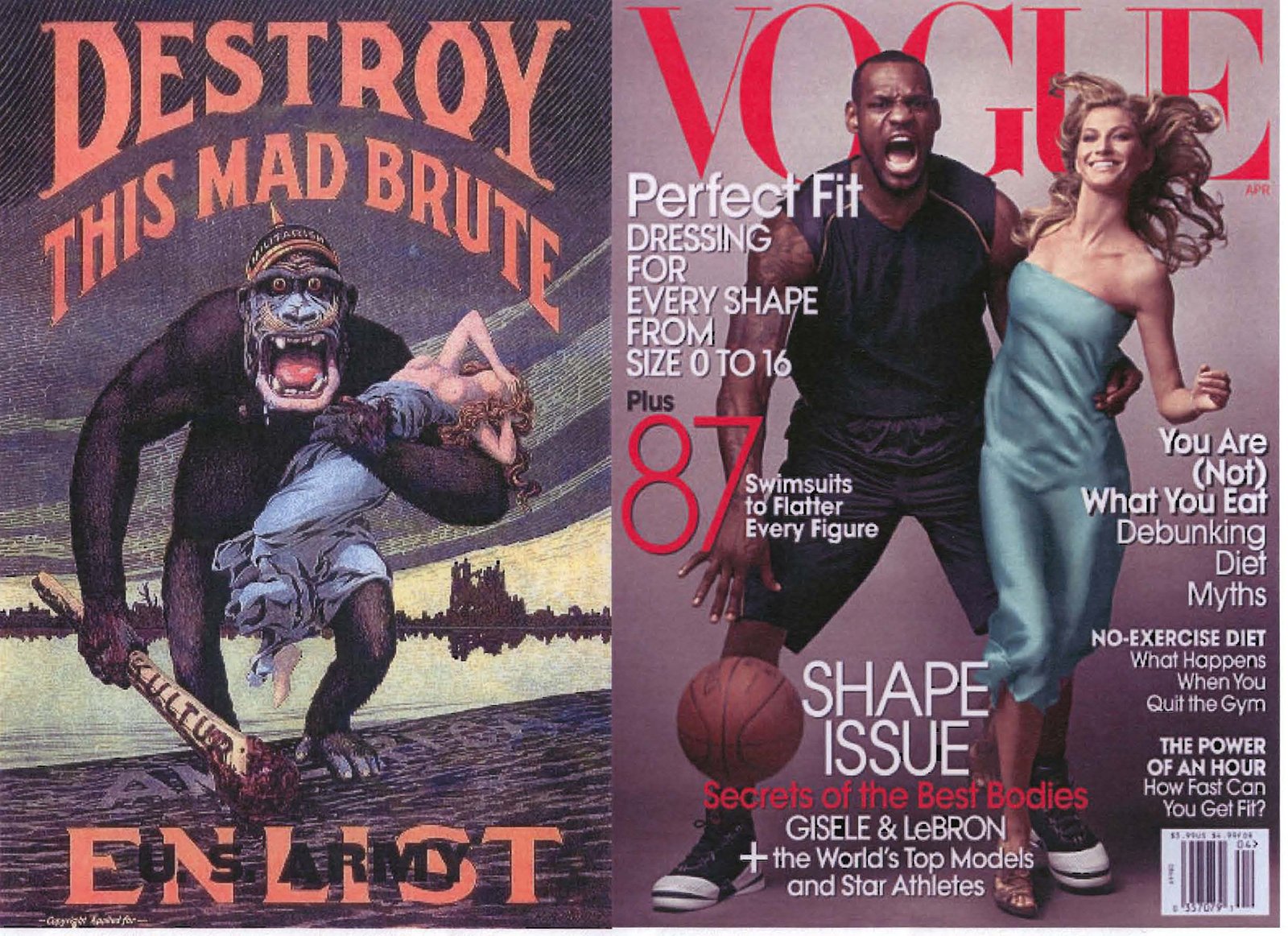 Annie Leibovitz isn’t controversy free either. Her 2008 Vogue cover featuring the basketball star and Gisele Bundchen had many calling it racist, as it resembled an old King Kong poster.

While even James himself responded to the controversy, saying he didn’t understand the issue, it didn’t stop people from disliking the cover. The April 2008 edition of Vogue ended up flopping on newsstands thanks to the controversy. 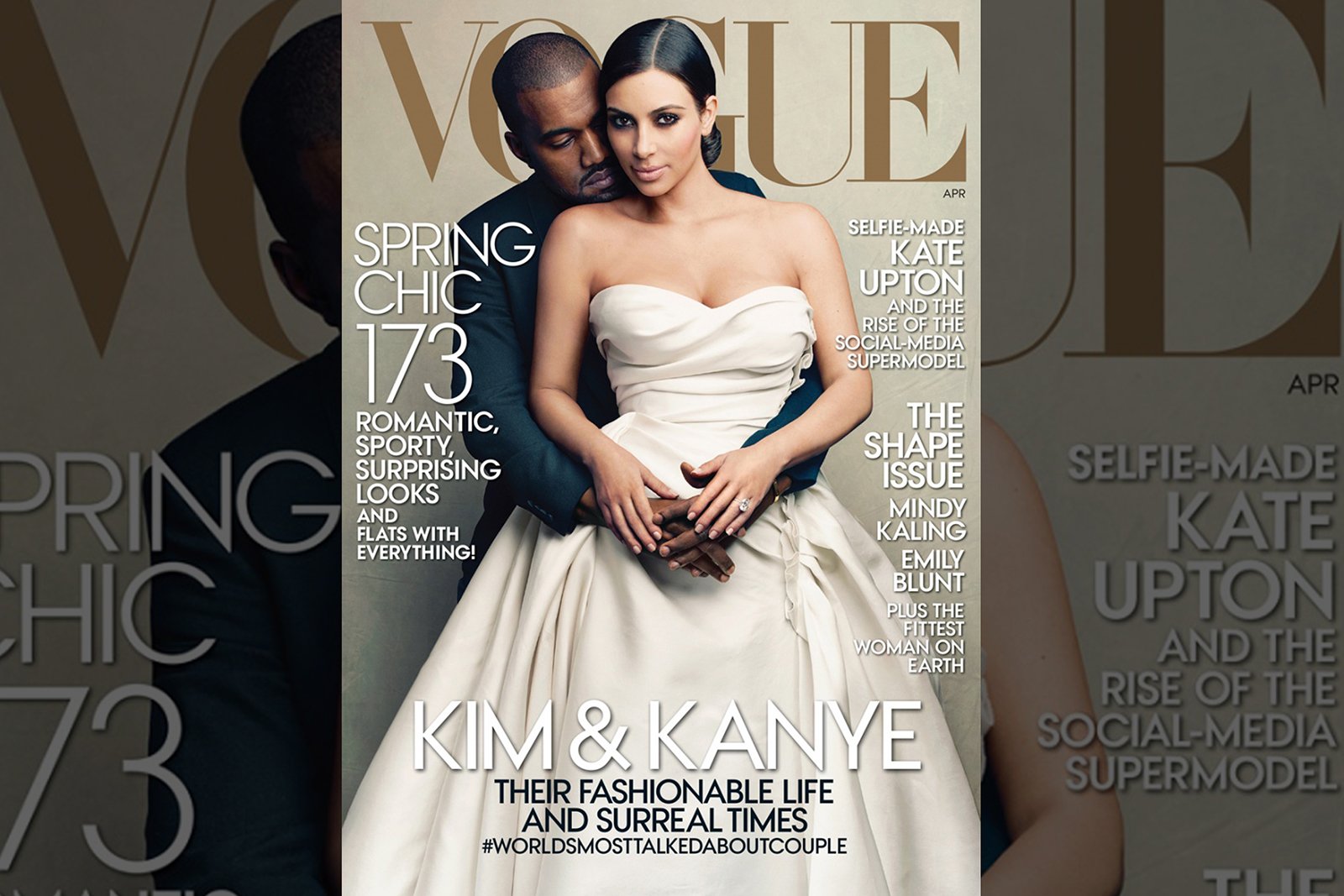 Kimye and the death of fashion

Whether you like the Kardashian-Wests or not, it’s hard to deny the couple’s long-standing effects on the fashion industry. But back in 2014 when the couple was photographed for the Vogue cover, everyone thought the magazine was dead and no longer a leader in the fashion journalism industry.

Taking 5 years to respond, editor-in-chief Anna Wintour spoke out against the controversy, saying that Vogue has always been on top of trends, and Kim and Kanye’s relationship was a huge one. “Kim and Kanye were a part of the conversation of the day. And for Vogue not to recognize that would have been a big misstep.” commented Wintour.