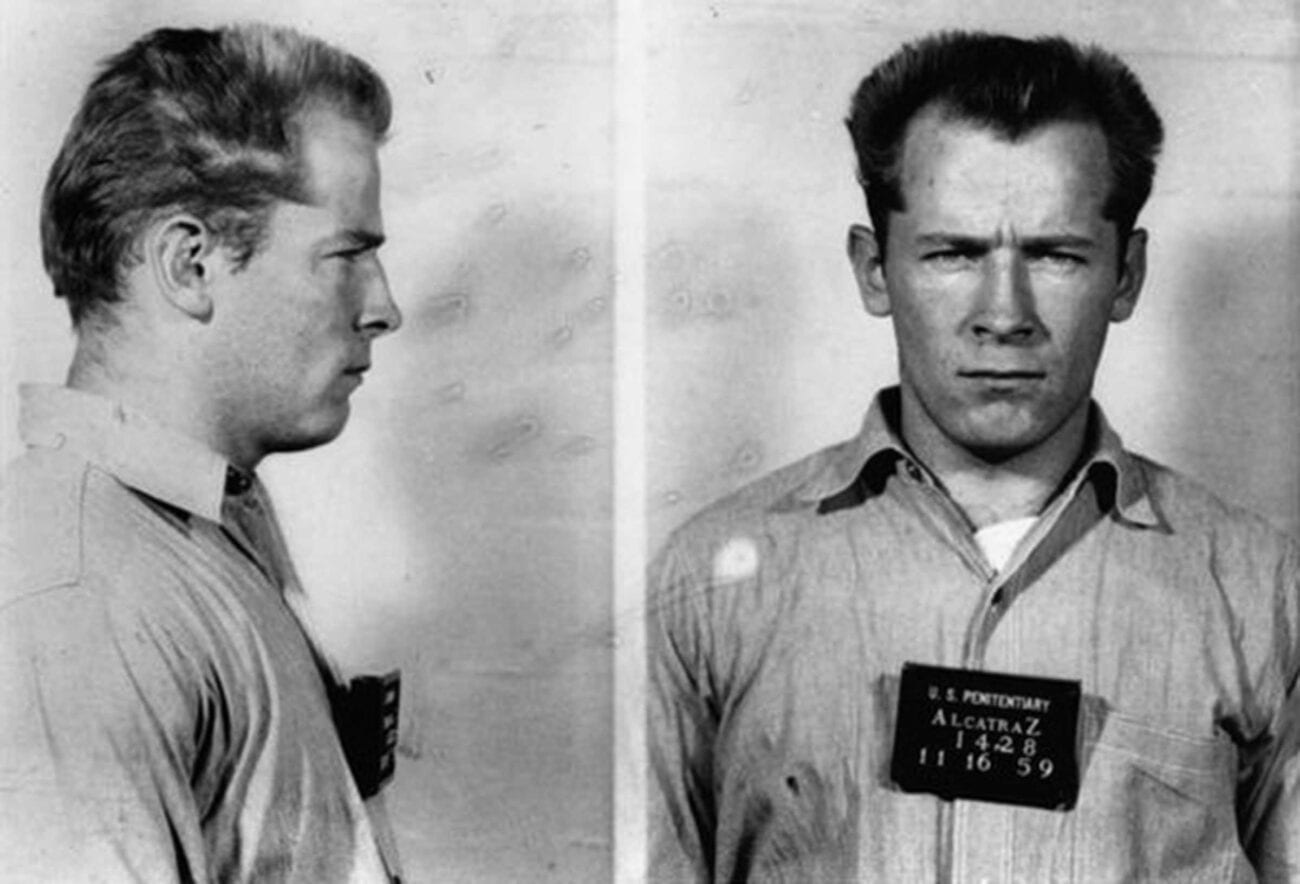 One of the lesser known gangsters of the 20th century, James “Whitey” Bulger spent his life running the Winter Hill Gang in Somerville, Ma. Of course, his story was told in the 2015 film Black Mass, with Johnny Depp taking on Bulger. But you’ve definitely seen Bulger on TV.

James Bulger is best known for selling out the Italian Mafia of Boston to the FBI, as he spent the 70s and 80s working as an informant to sell them out. In return, his Irish Mafia was basically left untouched by law enforcement, able to work on their own terms with no issues. 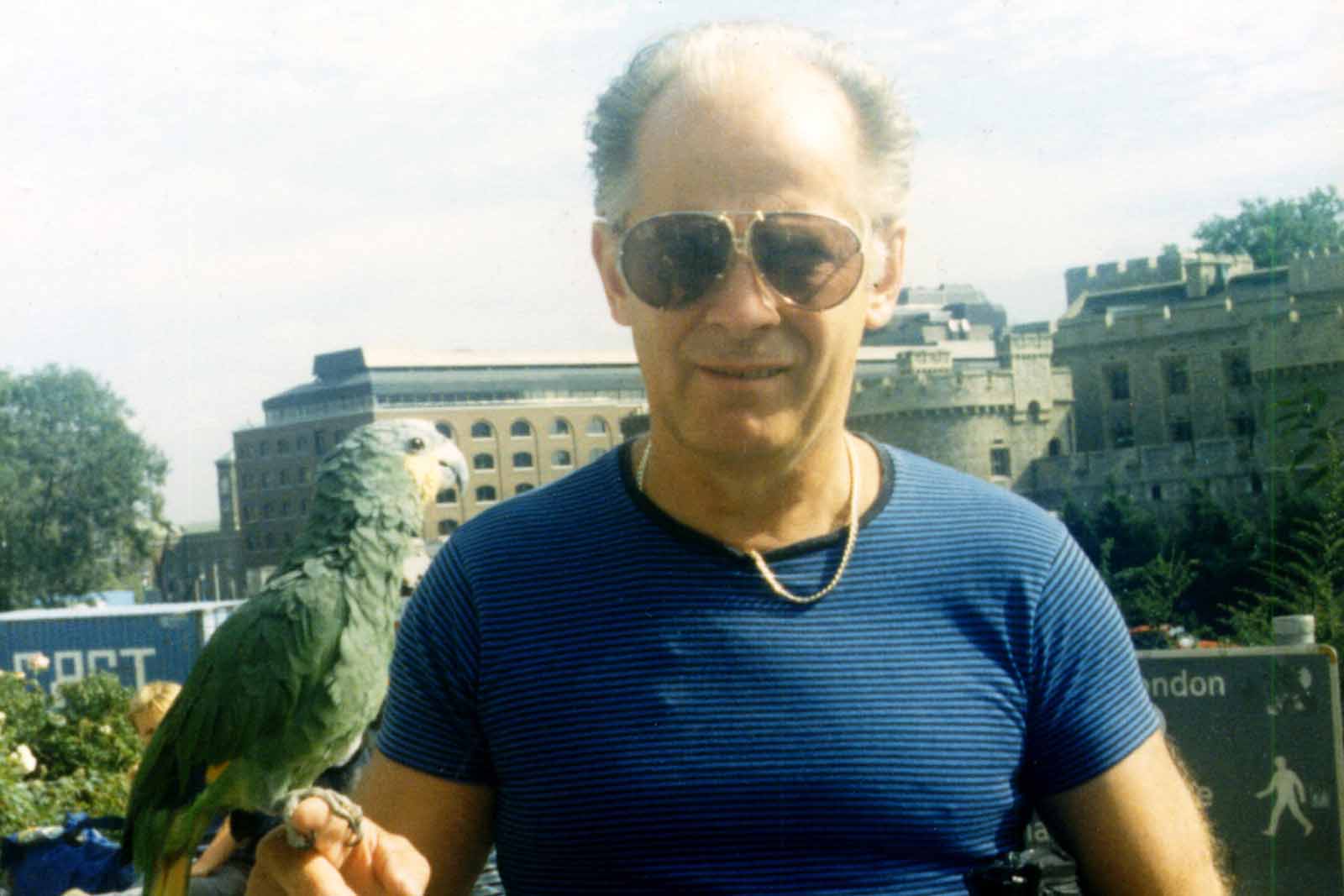 But soon, the press caught wind of the sham and printed stories of Bulger’s activities, forcing police to go back on their deals and go after Bulger. He escaped and was a fugitive for over 15 years, being only second to Osama bin Laden on the FBI’s Most Wanted list.

How did Bulger even fall into his deal with the feds in the first place? What kept him going all those years, and why did it take nearly 20 years for the press to finally catch on to the dirty actions of the Winter Hill Gang collaborating with police? 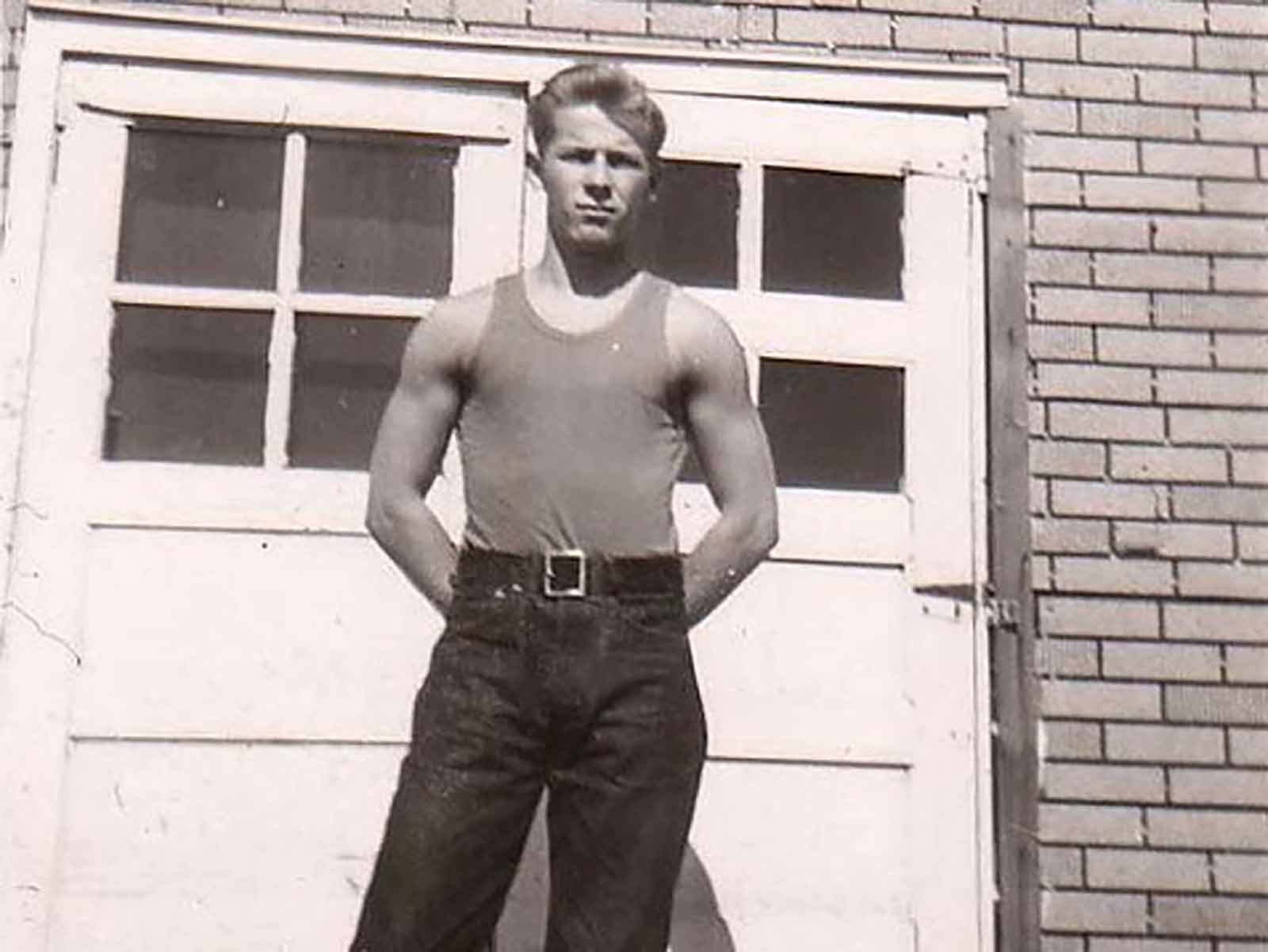 Growing up on the streets

Even as a teen, James Bulger was getting himself into trouble with the local gangs. Initially from a well off family, hard times came and the family was forced to move into the projects in South Boston. His loyalty to the neighborhood of South Boston grew, and he became known as a petty thief and street fighter in the community.

By age 14, he joined the street gang known as the Shamrocks, getting arrested for assault, forgery, and armed robbery during his time with them. After spending time in juvy, he joined the Air Force, but found himself in military prison on multiple occasions for assault charges. He was discharged honorably from the military in the early 50s. 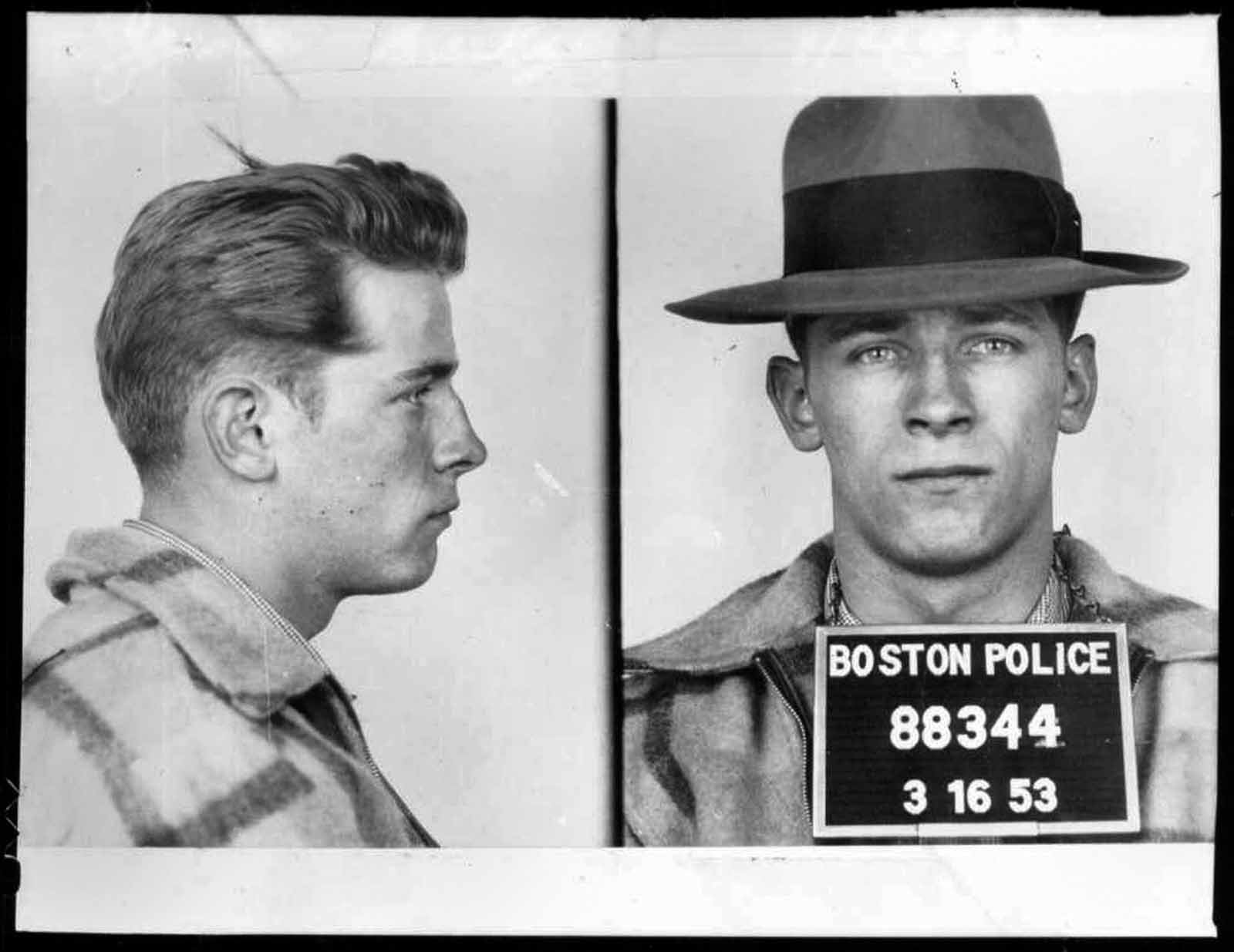 Four years after coming back to Massachusetts, Bulger was once again in prison. This time, on charges of armed robbery and truck hijacking. Spending time in federal prison, Bulger was shifted around between Atlanta Penitentiary, Alcatraz, Leavenworth Penitentiary, and Lewisburg Penitentiary.

While in prison, Bulger was selected as part of Project MK Ultra, where he was used to test mind control drugs for the CIA. Of course, he notes that he tricked into participating, claiming that he was told it would be a test for finding a cure for schizophrenia. The trauma of these experiments left effects on his mental health for years.

After nine years in prison, Bulger was finally approved for parole, and was released in 1965. This would be the last time Bulger saw the inside of a jail cell until he was caught as a fugitive in 2011. 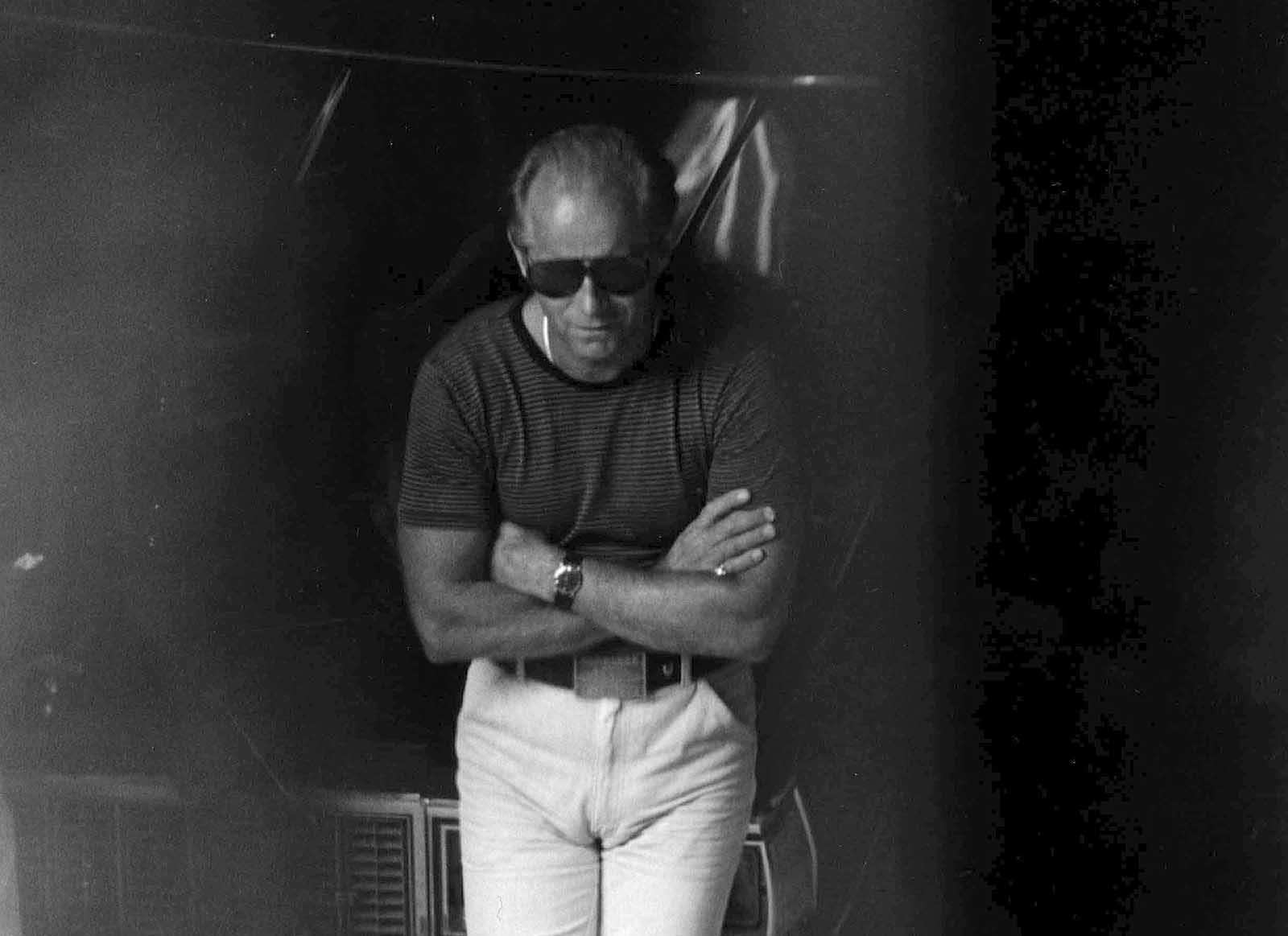 Moving back to Boston after being freed, Bulger worked under Irish mob boss Donald Killeen as his bookkeeper and loan shark. While under the Killeen gang, Bulger was involved with the Killeen-Mullen War that broke out, and unintentionally shot Donald Mcgonagle, who was innocent.

Fueling the war even further, the Mullens went out and killed Billy O’Sullivan, the mentor of Bulger. Knowing he was set to lose, Bulger reached out to the Winter Hill Gang’s leader Howie Winter, claiming he could kill the Killeen leadership and end the war. 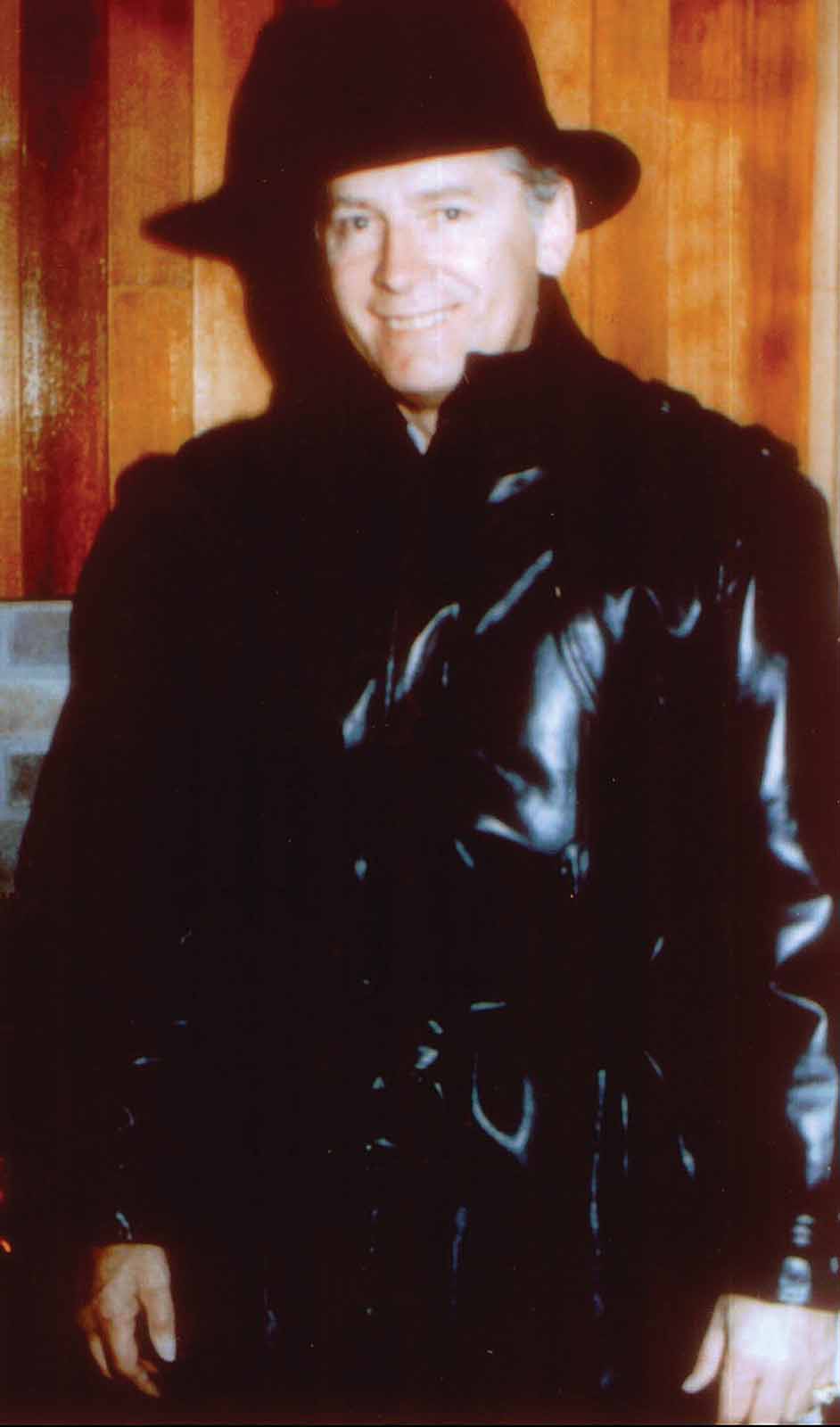 Not long after, Donald Killeen went down by the hands of Mullen enforcers. Bulger and the remaining Killeen brothers escaped town, but came back for a true meeting between them and the Mullens. Solely represented by Bulger, he and the Mullen enforcers agreed to merge together as one gang, and have Winter lead the two.

Under this new leadership, Bulger went to town, collecting debts left and right and suggesting to Winter to take out those who step out of line. In 1979 though, Winter and many of his associates finally got caught for their act in fixing horse races, but Bulger was left out of it. James Bulger used the vacuum to step up and become the new king of South Boston. 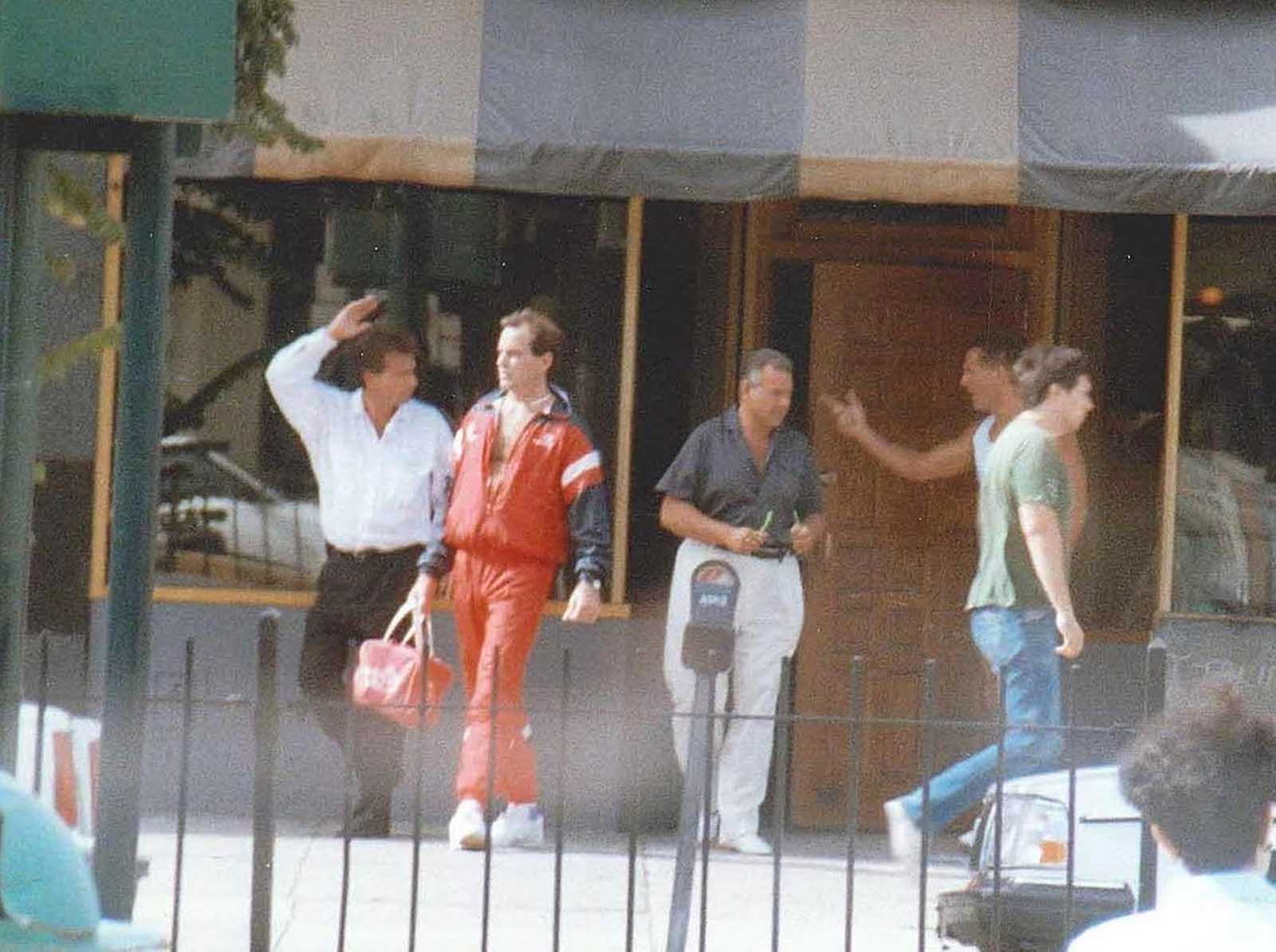 Taking down the Patriarca crime family

In 1971, long before the truce, the FBI approached Bulger in an attempt to help him bring down the Patriarca crime family. But the FBI agent sent to make the offer to Bulger couldn’t get his trust, so he ignored his offer.

Three years later, the Italian-American mobster Flemmi, who had been working for the FBI for nearly 10 years, finally convinced Bulger to join as an informant. Offering him protection, monetary gifts, and immunity, Bulger helped keep the feds on track of his rivals for years. 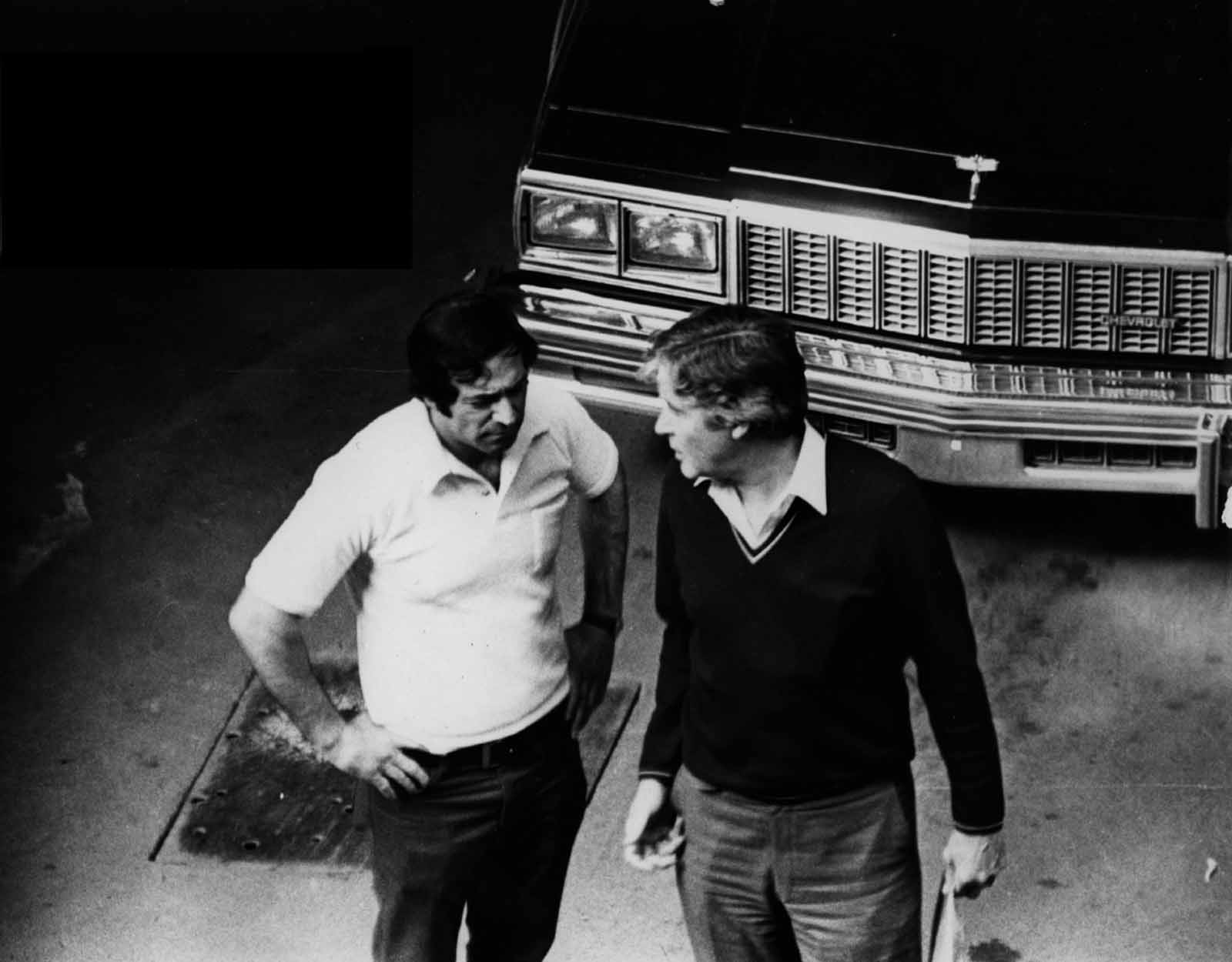 With basically no fear of police, Bulger took over nearly every racket of eastern Massachusetts with little issue, especially as the Patriarcas were being chased by police so they couldn’t do a whole lot.

Bulger would extort money out of drug deals to sell in his territory, help get guns to the IRA fighting against the British in Northern Ireland, run several illegal gambling and racketeering opportunities in his district, and shook down nearly any man who owed him money.

Throughout the 80s, Bulger was easily the most powerful mobster in all of Ma. It took awhile for police to finally wake up to his crimes, but the investigations slowly but surely started in the early 90s. 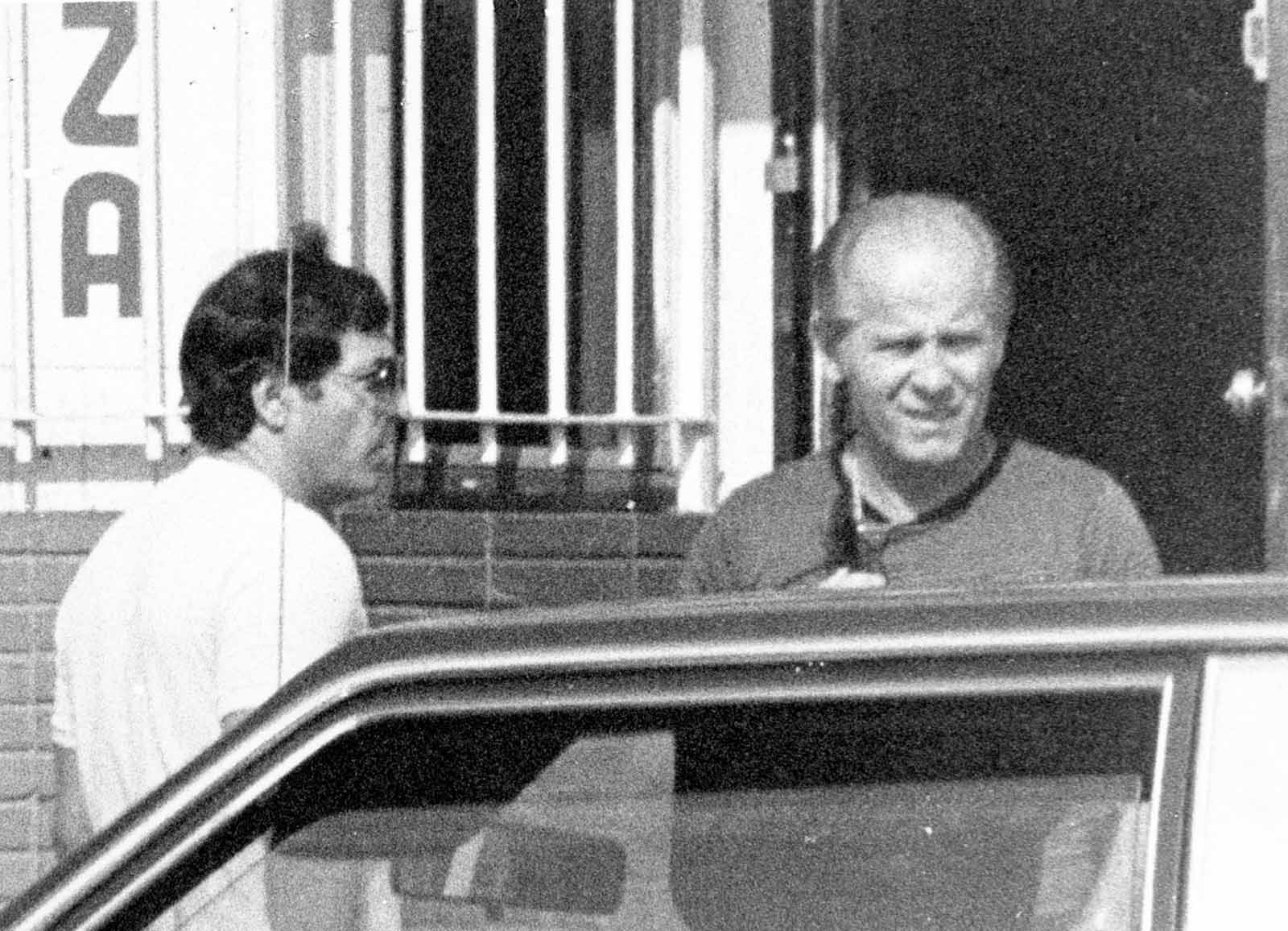 Taking down your friend

Since the FBI was clearly corrupted thanks to their use of Bulger, the DEA, Boston, and Massachusetts police departments all launched a probe into Bulger’s businesses. Under the RICO act, a case was built thanks to several bookmakers agreeing to testify to paying protection money to Bulger.

But Bulger still had friends in the FBI, so when they got word that a case was being built against him, they passed it on. The FBI was supposed to be making arrests around Christmas, so someone informed Bulger about this. He and his common-law wife Theresa fled two days before Christmas in 1994. 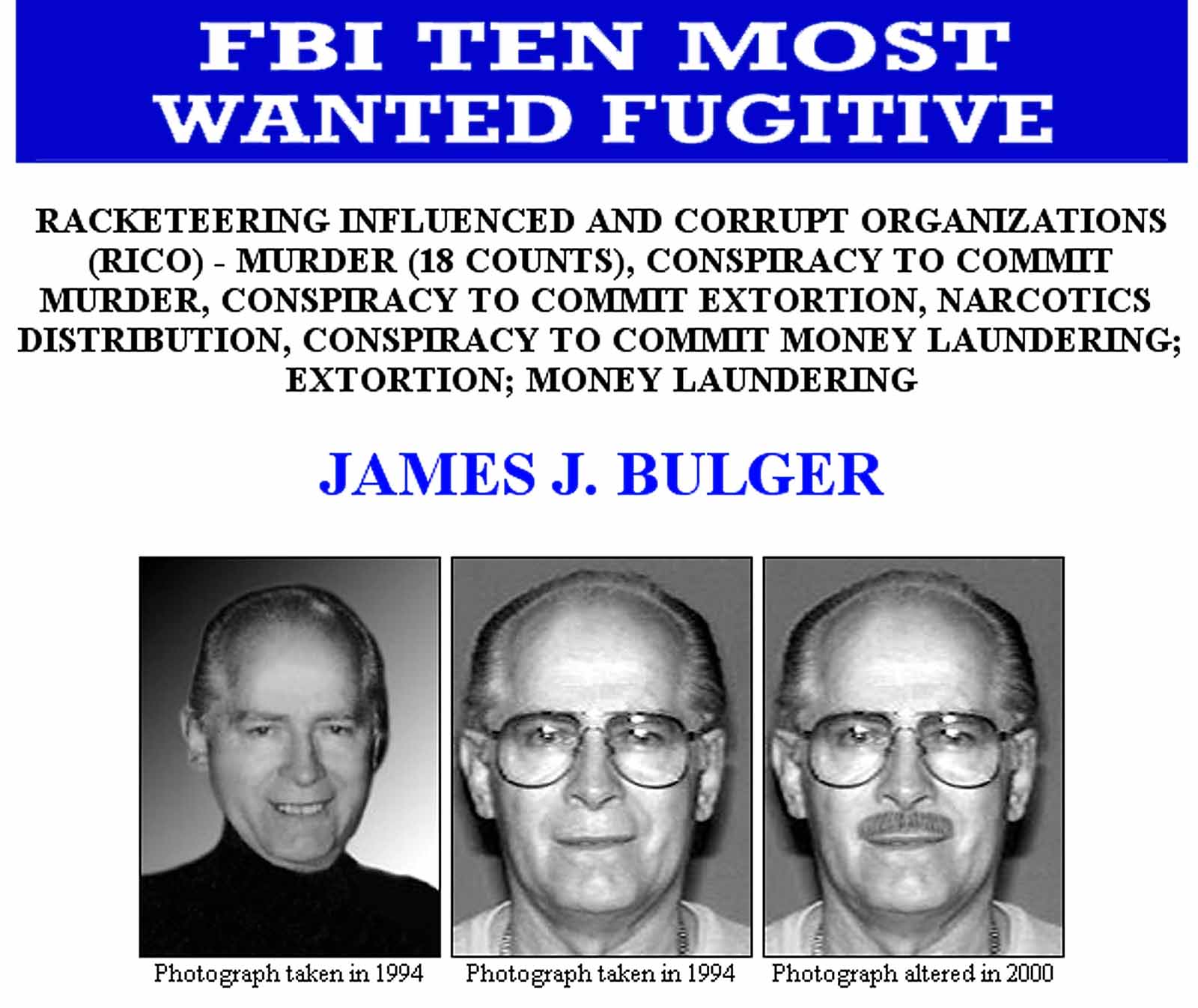 Life as a fugitive

The man had safe deposit boxes set up across North American and Europe, and had friends all around the Northern Hemisphere. He and his longtime friend Kevin Weeks went on the run. But in 1999, Weeks was finally arrested, and he decided after Bulger spent his life as a rat, he would break the neighborhood code of silence and take a deal.

He didn’t let the worldwide manhunt stop him from living his life though. Bulger frequently travelled, and would go out with acquaintances without worry. In the end though, that was his downfall, as he was caught in Santa Monica in 2011, 16 years after he fled Boston.

After being caught, many worried that in exchange for a lenient sentence, Bulger would be able to rat on the corruption at the local, state, and national level that kept him alive for so long. But it didn’t seem that way, as he was left in police custody even after his arraignment, where he pled not guilty to all 49 charges against him. 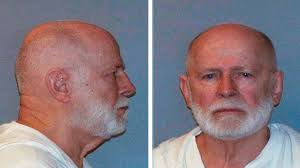 The end of the Winter Hill mastermind

No surprise, Bulger was found guilty on a majority of the charges, including 11 counts of murder, racketeering, extortion, and conspiracy to commit money laundering. Given two life sentences plus five years, he was also ordered to pay $19.5 million in restitution.

As years went on, his health declined further and further, including a bad hip, heart issues, and an inability to walk. The lack of exercise didn’t help. While in prison, Bulger continued to be a problem, being consistently disciplined by staff for inappropriate behavior.

Transferred around the country thanks to his behavior, Bulger finally ended up in Hazelton Federal Penitentiary, where he was killed on October 30th, 2018. Rumored to have been killed by Greek mafia boss Fotios Geas, many families in Boston found peace in Bulger’s death. James Bulger terrorized Boston for years, but finally, he got what he deserved. 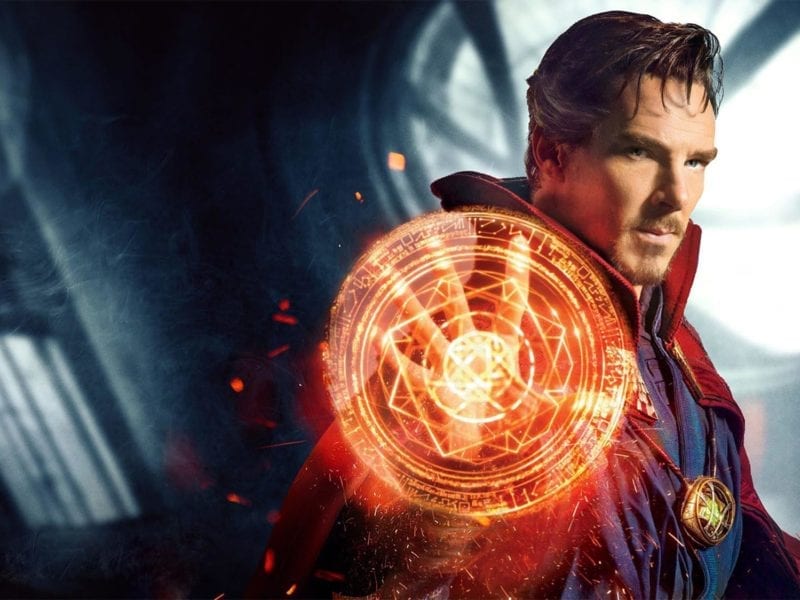