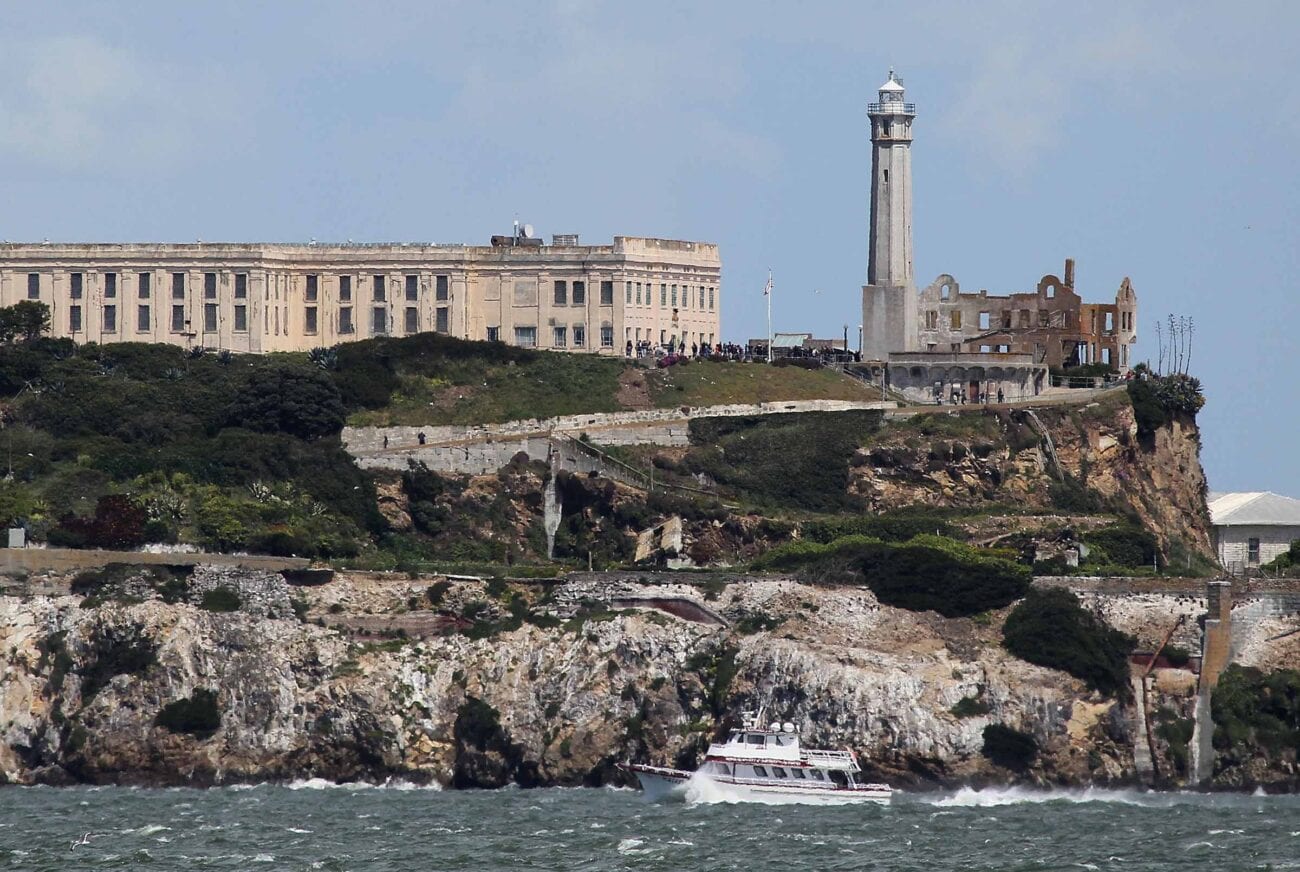 Escaping from Alcatraz: Did anyone survive the attempt at freedom?

For nearly thirty years there was one prison that housed the US’s most notorious criminals: Alcatraz, the island fortress. Whether you were a high profile inmate or just a rowdy troublemaker that had caused too much strife in another prison, Alcatraz was where you ended up to be guarded not only by the high security but by the rough, cold waters of the San Francisco Bay.

The prison held the likes of Al Capone, George “Machine Gun” Kelly, and Whitey Bulger in its cells. Alcatraz was lauded as escape-proof. Thirty-three of the prisoners who made the attempt to break free were recaptured or died trying.

Only three men, Frank Morris and John and Clarence Anglin, were said to have survived the ordeal. But it was never confirmed if three men really did escape from Alcatraz. 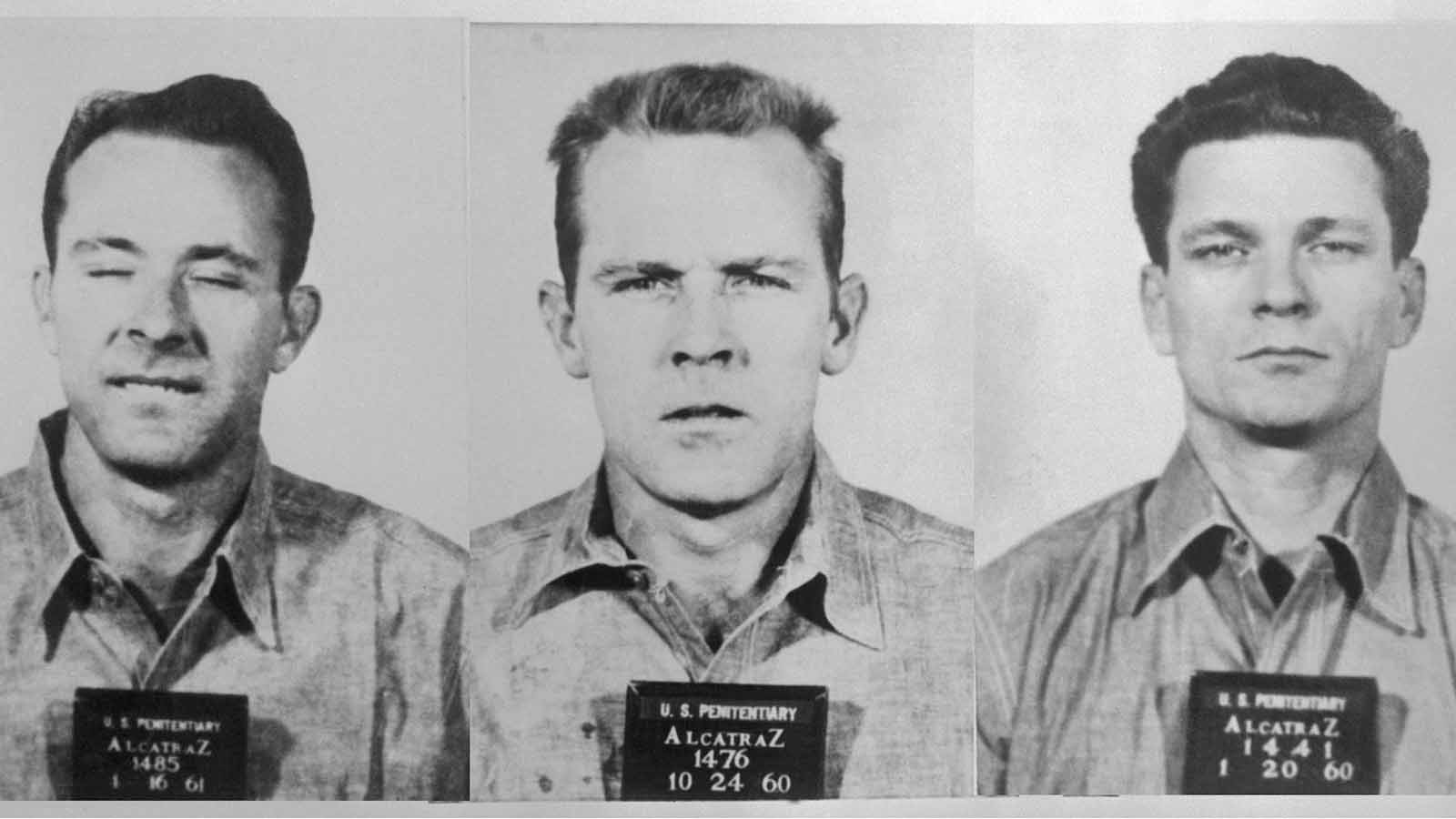 Frank Morris was the leader and mastermind of the elaborate plot. He had been arrested numerous times in his life for crimes ranging from armed robbery to dealing narcotics. After years of being in and out of prison, Morris eventually escaped from Louisiana State Penitentiary, was recaptured and sent to Alcatraz in 1960. Morris was noted to be a highly intelligent individual, boasting an IQ score of 133.

John and Clarence Anglin began robbing convenience stores when they were young children and eventually graduated to banks. They were arrested in 1958 for robbing a bank in Columbia, South Carolina using a toy gun. They ended up in Atlanta Penitentiary and after repeated escape attempts were relocated to Alcatraz in 1961.

In December 1961, the men began planning their escape, a plan facilitated by ingenious uses of items stolen from around the prison. It took around six months before the men were ready to put the plan into action. One other prisoner, Allen West, was in on the escape attempt but was left behind when he failed to leave his cell on time. 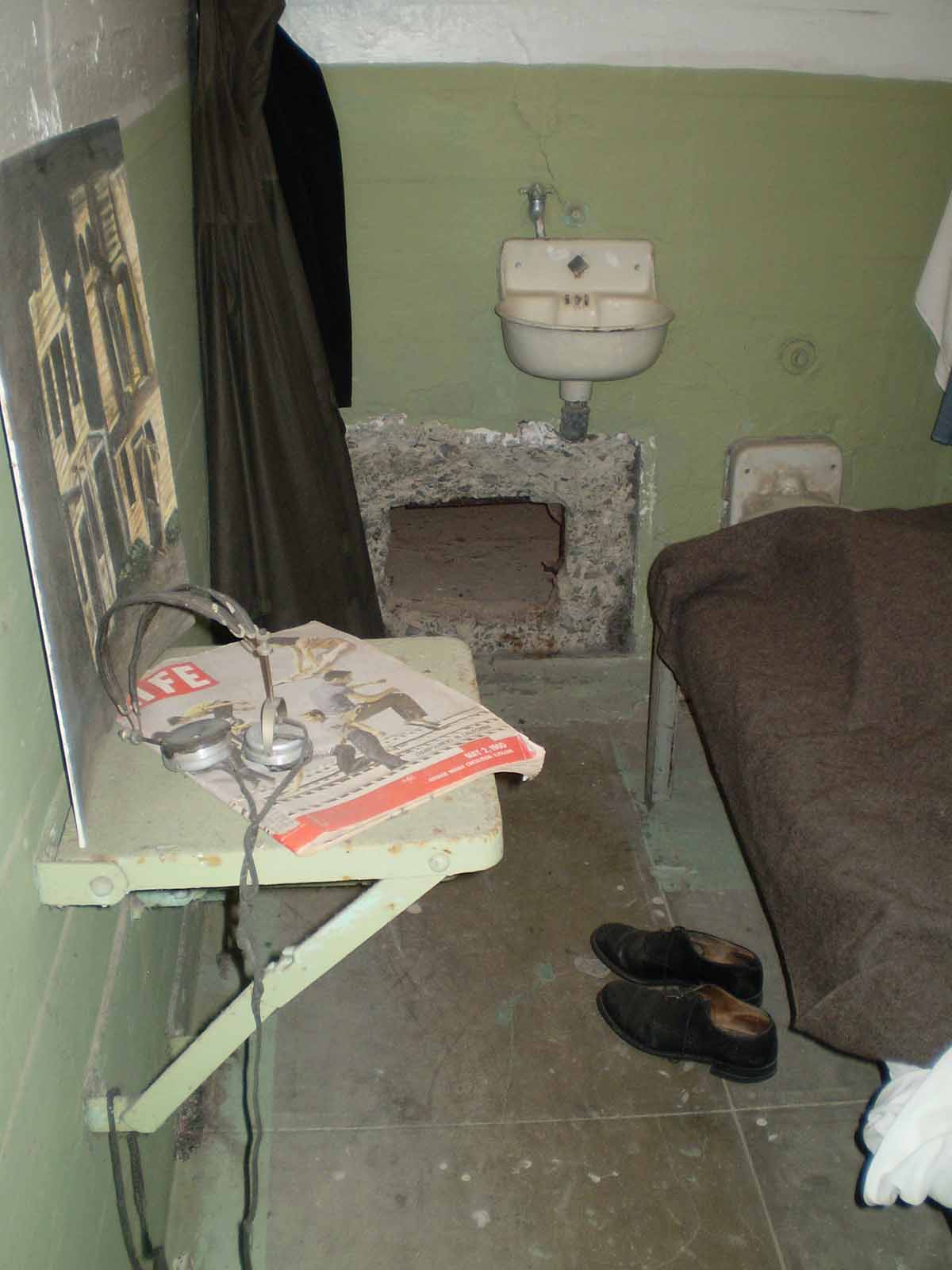 The prisoners began building their escape route by drilling tiny holes around the air vents in their cells using a drill converted from a broken vacuum motor. They then knocked out a portion of the wall and used the air vents to access an empty corridor where they built and supplied the equipment needed for their escape.

The men stole over fifty raincoats and using a method they discovered in an issue of Popular Mechanics, they stitched together and vulcanized the rubber to produce life preservers and a raft.

They made their own wooden oars and used an accordion as a bellows to inflate the raft. Their way out of the prison was through a ventilator on the roof that they detached and then temporarily secured with a bolt carved from soap. 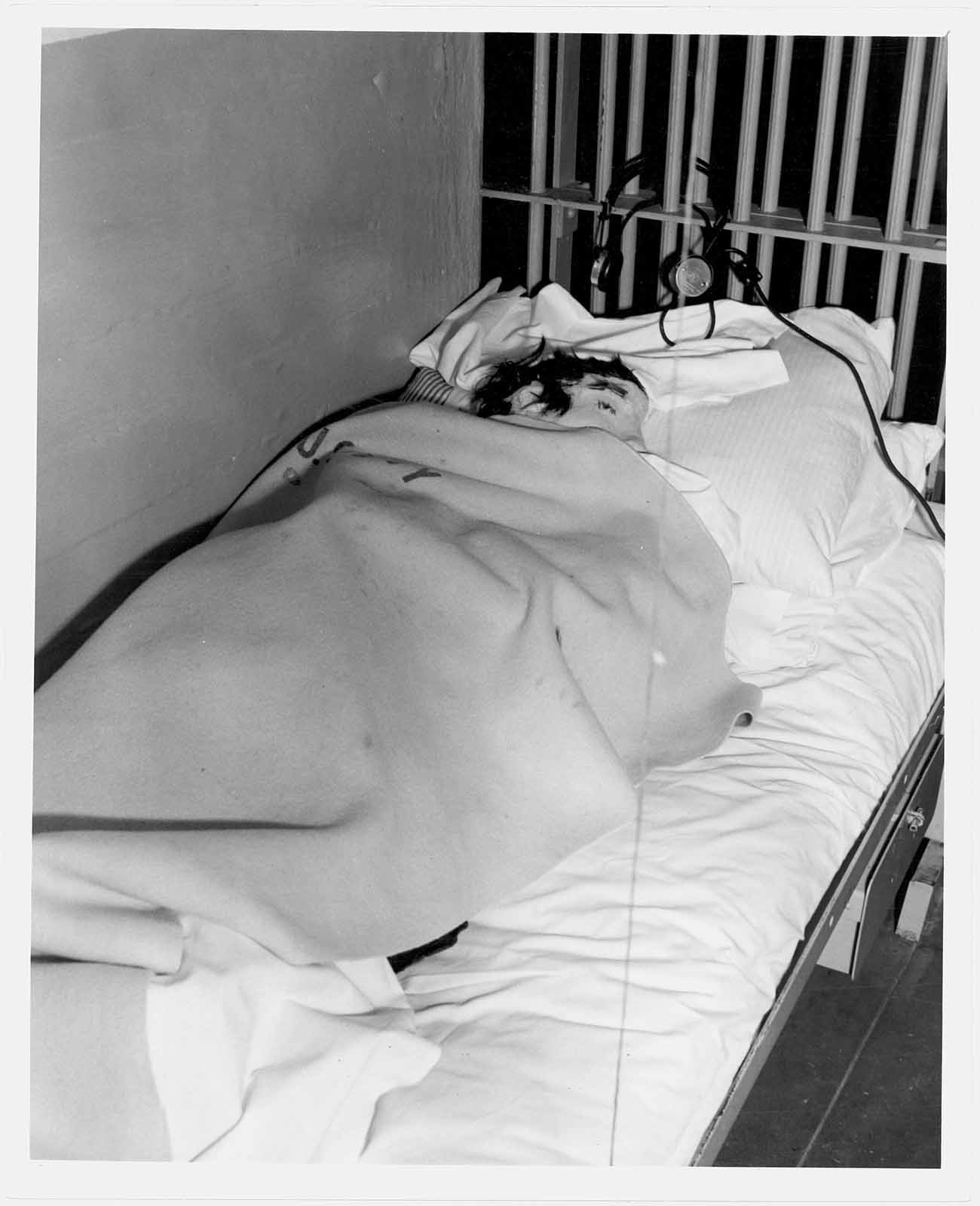 On the night of June 11, 1962, the prisoners made their escape. They fooled the guards into thinking they were still in their beds by placing dummy heads crafted from soap, toothpaste, concrete dust, and toilet paper on their pillows and piling towels and rags under their blankets.

Morris and the Anglin brothers (minus the unfortunate West) made their way through the air vents, to their secret corridor to gather their equipment, and out through the ventilator to the bay. They set off over the water to Angel Island, situated two miles to the north, and were never seen again.

The escape was detected the next morning on July 12 and for the next ten days a joint effort by military and police investigations combed the area. West was questioned and revealed the details of the plan. The authorities only recovered a few pieces of rubber & wood from the oars and the life preservers. The FBI’s official position on the escaped inmates was that they had drowned in the bay. 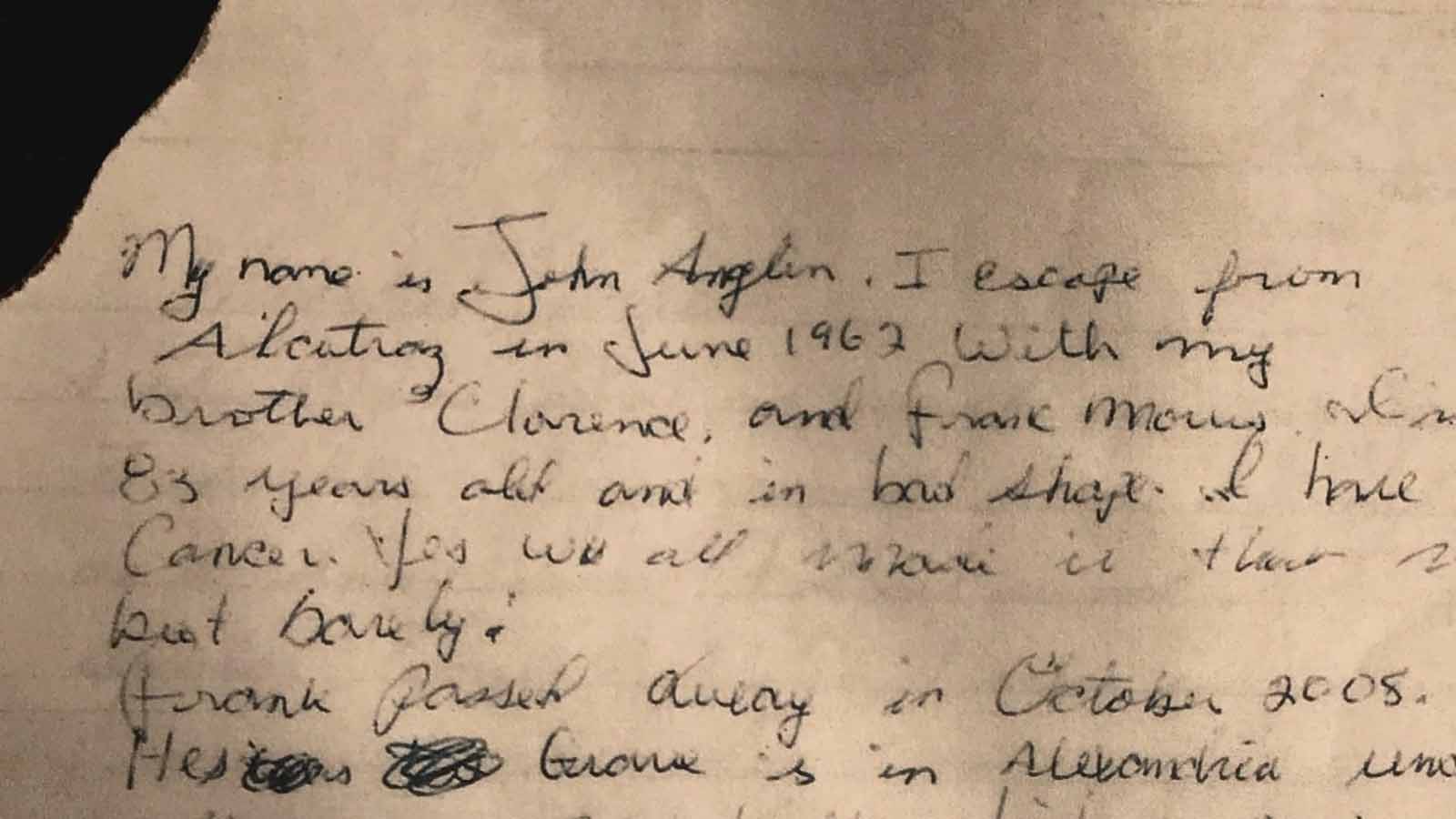 Sent from the past

Over the years there have been many speculations on the fate of the escaped prisoners as well as false reports of sightings throughout the country. The most intriguing evidence that the men may have survived was a letter sent to the FBI in 2013 that surfaced in 2018.

The letter was supposedly written by John Anglin who claimed all three men had made it out alive and that Frank Morris had passed away in 20o8 and his brother, Clarence Anglin, had passed away in 2011. The letter was analyzed by the FBI but the evidence that it was from John Anglin was inconclusive. Officially the case on the Alcatraz escaped convicts was closed in 1979. 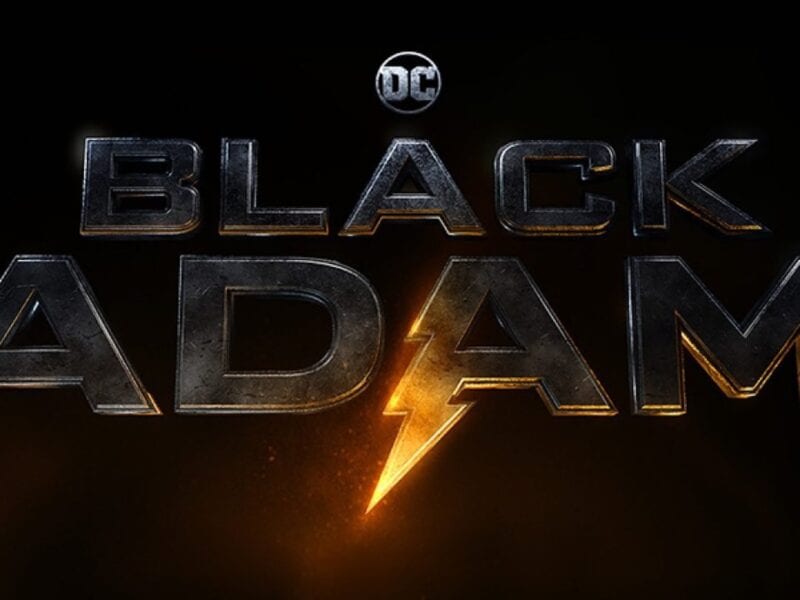 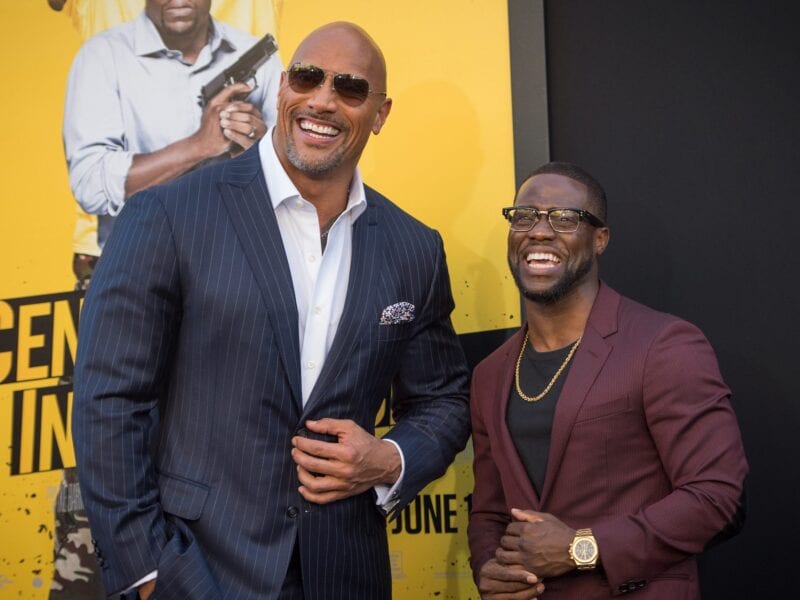