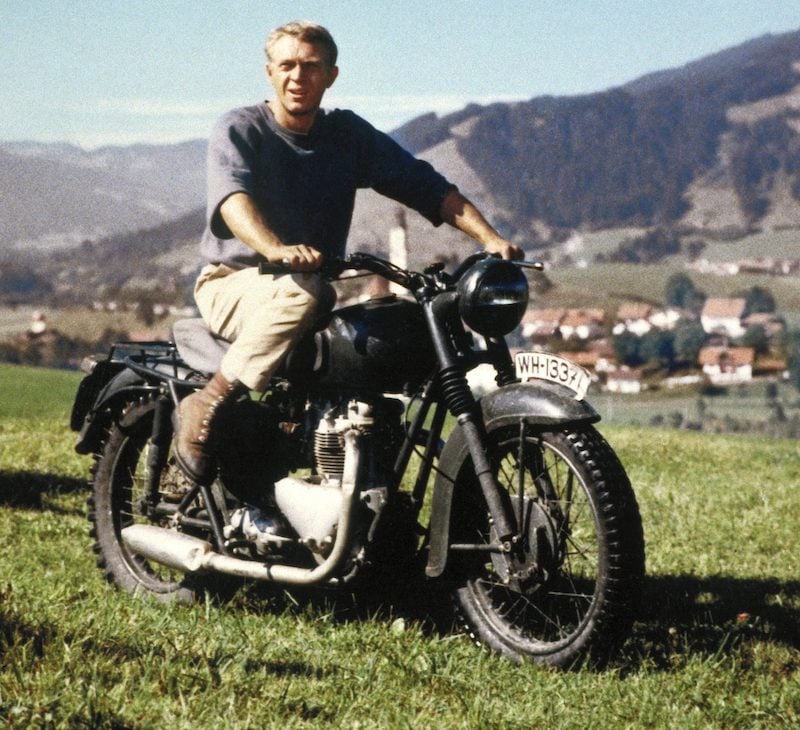 Motorcycles are man’s best friend and one of the coolest and most challenging vehicles in the world (according to most pedestrians!) Motorcycles are a million times better than cars.

It is often said that a motorcyclist becomes like his motorcycle (or vice versa)! In the world of Hollywood cinema, you can often see both options – either the racer is exceptionally cool and amazing, or the bike is cooler than the main character.

Be that as it may, the motorcycle and the rider are equally good, and films can capture this magic when it comes to motorcycles. Here’s a selection of 19 motorcycles in world cinema: 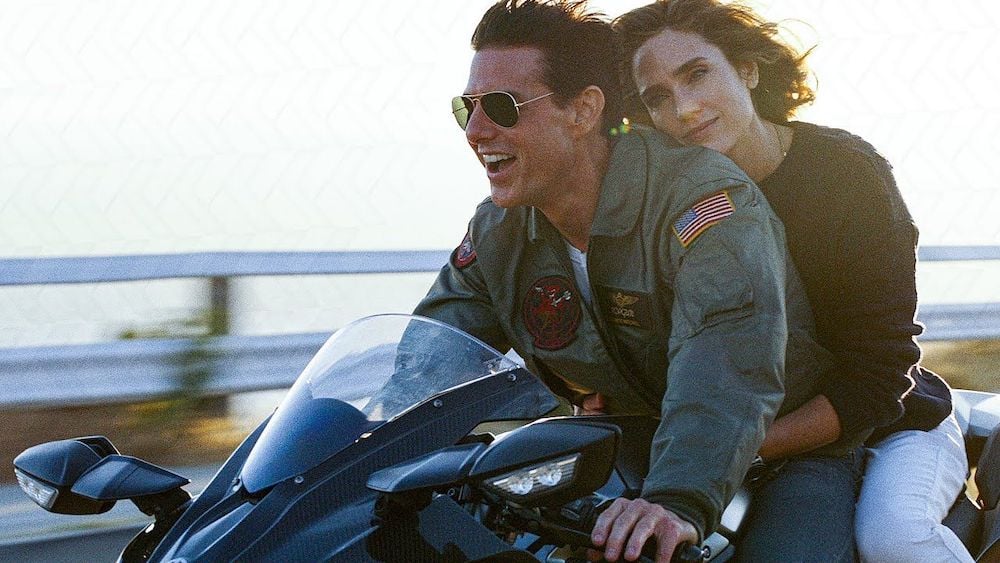 Top Gun is one of the most iconic films of its era. Some consider the film “not very”. And we would like to send him to the motorcycle junkyard.

But when it comes to transportation, it’s an exceptionally cool movie. The film was first introduced to the world with the Kawasaki Ninja GPz900R, a bike that quickly became a cult bike. 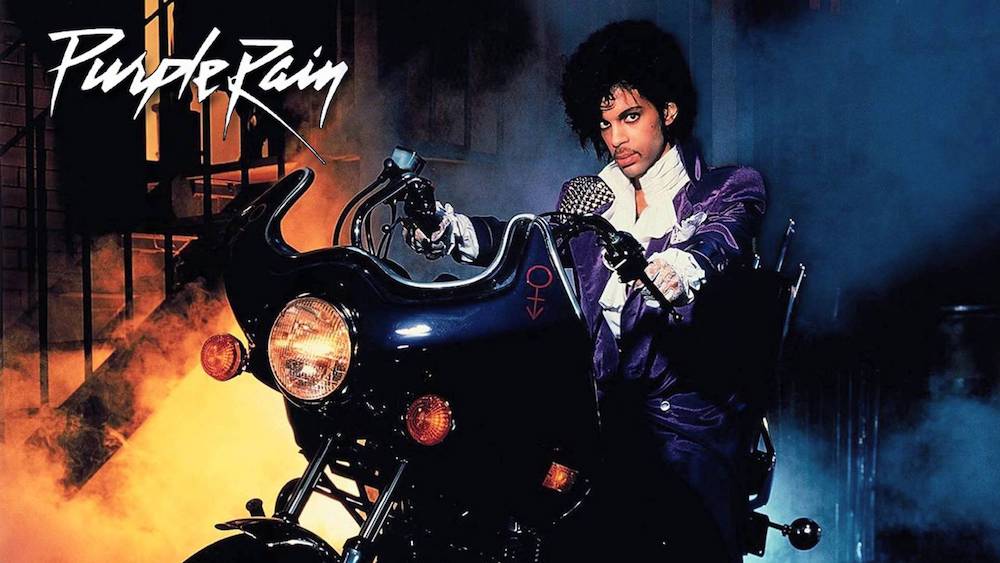 There are motorcycles that only a Prince can ride. The movie featured the CM400A Hondamatic, a bike that was built between 1979 and 1981. All that this bike was different from the one that came off the assembly line was the royal purple color, which was suitable only for the Prince. 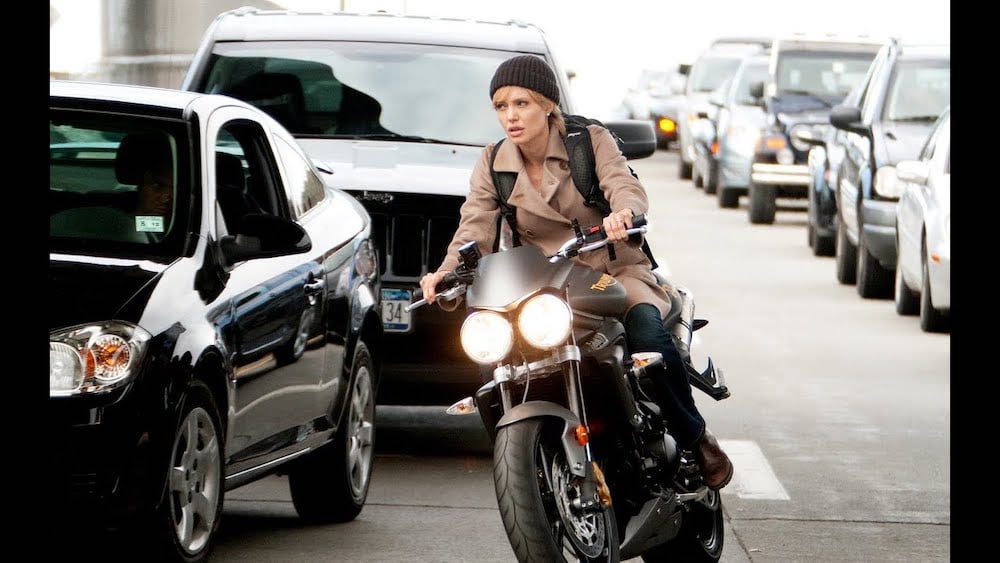 For some celebrities, riding a motorcycle is a thing. For example, Angelina Jolie, who is a renowned motorcyclist, was given the opportunity to ride the exceptionally beautiful 2009 Triumph Street Triple R. Jolie performed most of the stunts herself. Interestingly, the film was originally conceived to star Tom Cruise as the main character. However, the plot was instead rewritten for the female lead. 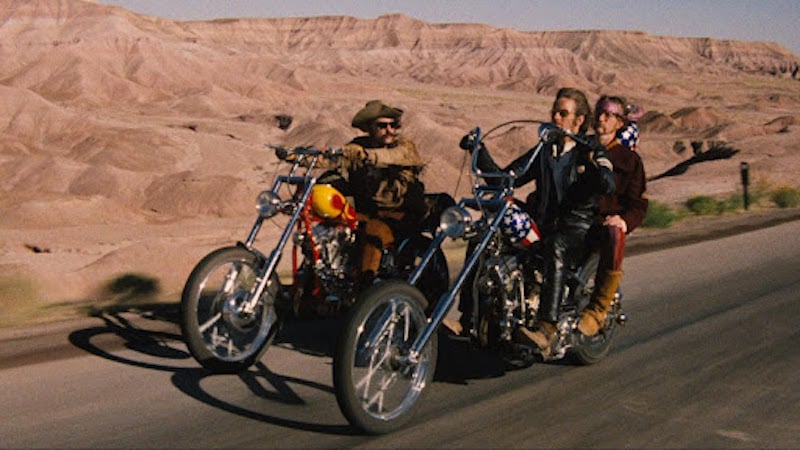 Easy Rider is probably one of the most iconic motorcycle movies ever made, and by far one of the best. The iconic Harley-Davidson that was used in the film sold at auction in 2018 for a whopping $ 1.35 million. The motorcycle, with authentic documents and a letter written by P. Fond himself, was sold as part of an auction of Hollywood and historical memorabilia. After the auction, Seller Mike Eisenberg stated, “After a fierce bidding, we are so pleased that the buyer appreciates it as the cultural property that it is.” 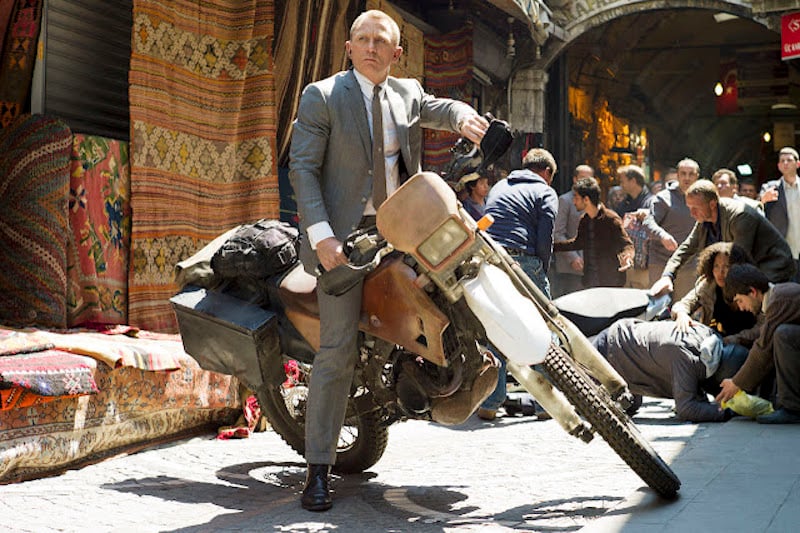 James Bond has access to the best cars and bikes in the world! Therefore, it should come as no surprise that Bond got one of the coolest motorcycles around. That’s right for the James Bond 50th Anniversary movie, Skyfall, the protagonist can be seen on the Honda CRF240R. Twenty motorcycles were used for filming, with bikes modified for each rider involved in the film. 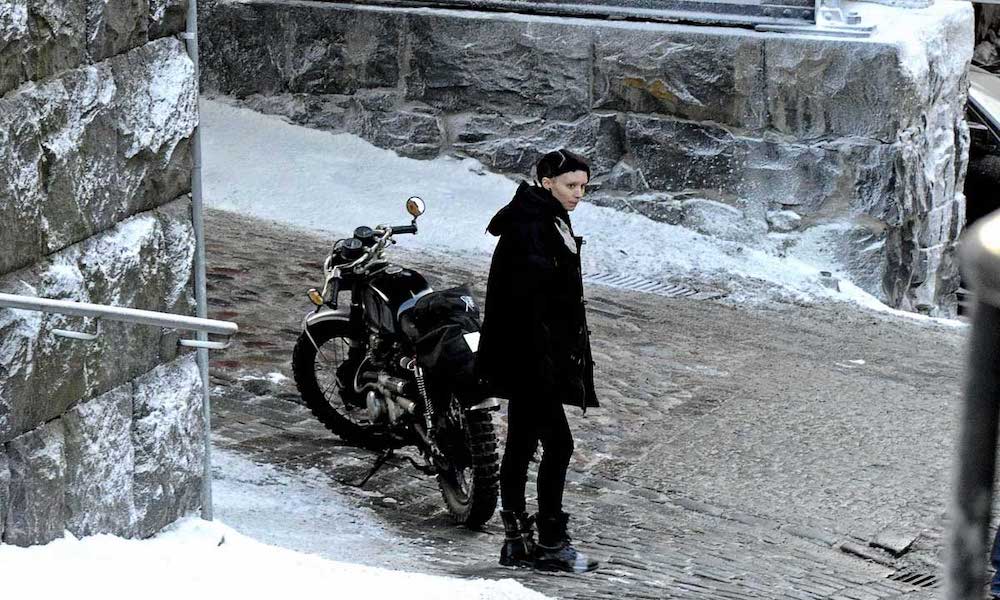 14- The Girl with the Dragon Tattoo (Rooney Mara)

Lisbeth Salander is a fictional character created by legendary Swedish writer and journalist Stig Larsson. In the movies, this character has been played by many people. However, it was Rooney Mara who truly captured Lisbeth’s true identity. The bike was custom made for the film and the Honda Z50 was chosen in the style of cafe racer. 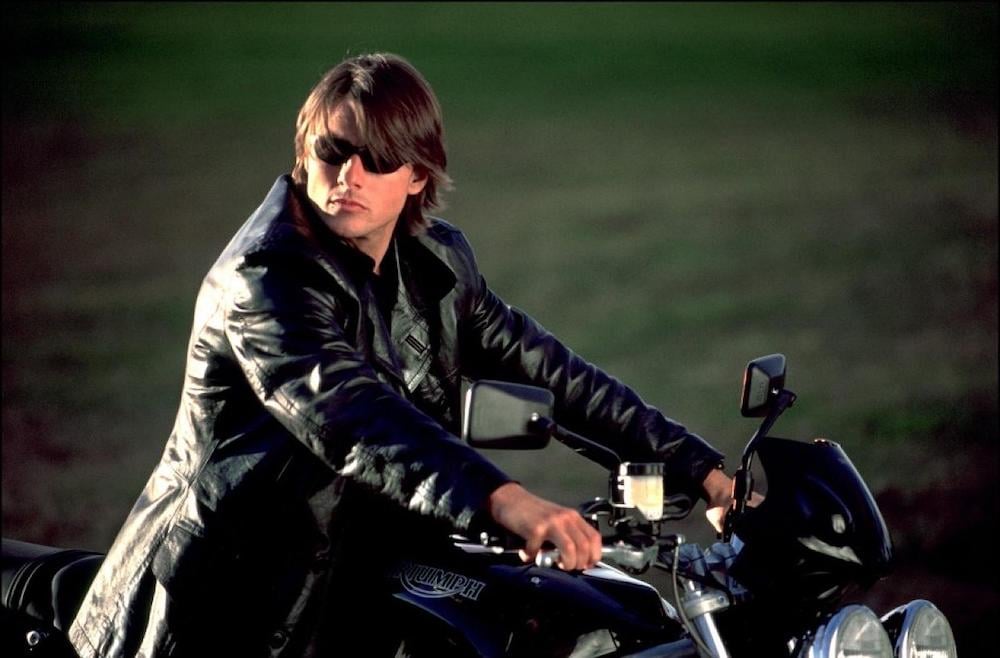 Tom Cruise is very fond of motorcycles. He can often be seen on a bike. Mission Impossible II uses two bikes, both from Triumph – Triumph Speed ​​Triple and Triumph Daytona 955i. 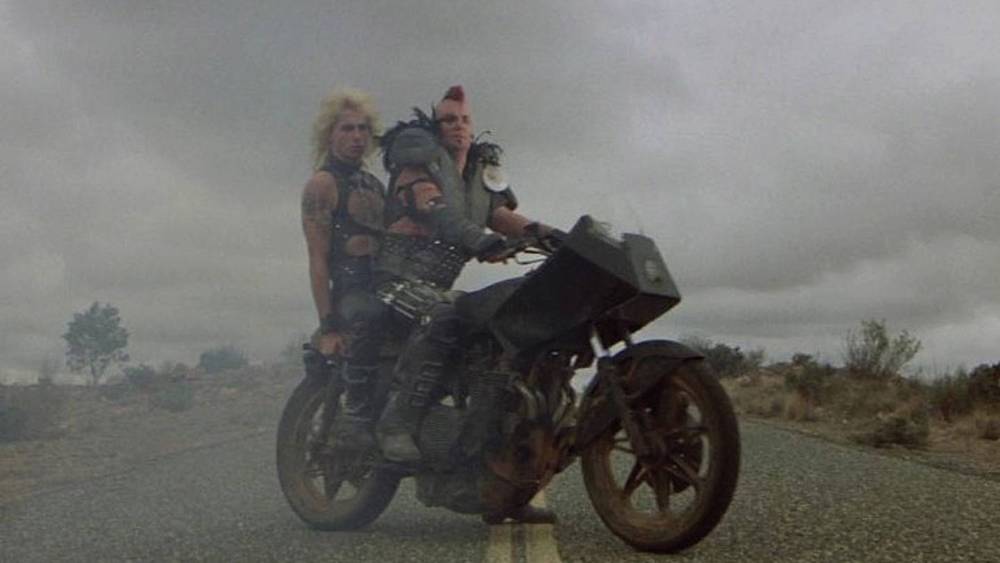 Australian actor Steve Beasley starred in the cult film Mad Max. It was filmed on a Kawasaki KZ1000, which was built by the Australian company La Parisienne in 1977. 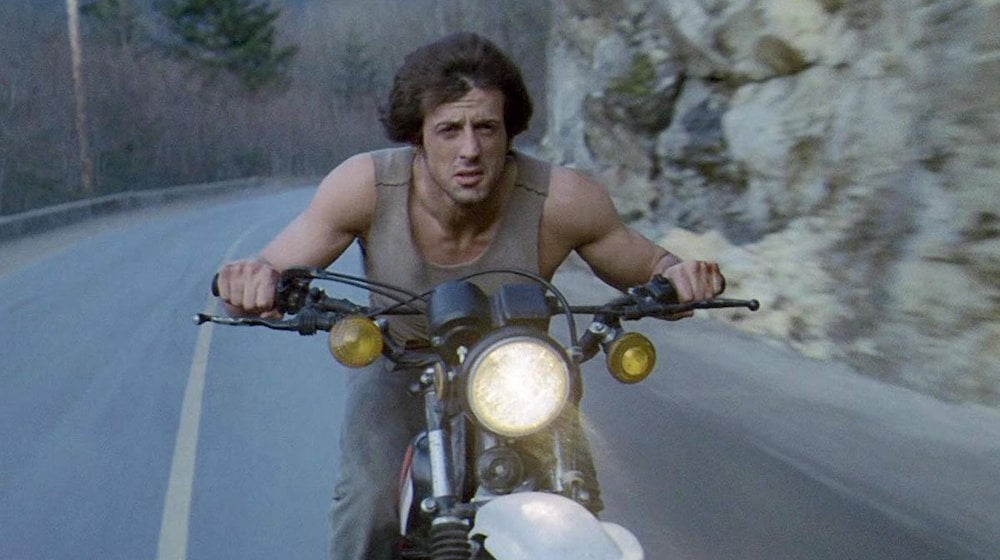 First Blood – Rambo is one of the most iconic films of the 80s and a solid favorite among Sylvester Stallone fans. Sylvester’s motorcycle really impressed a global audience. Used bike 1982 was a Yamaha XT250 dual-sport. 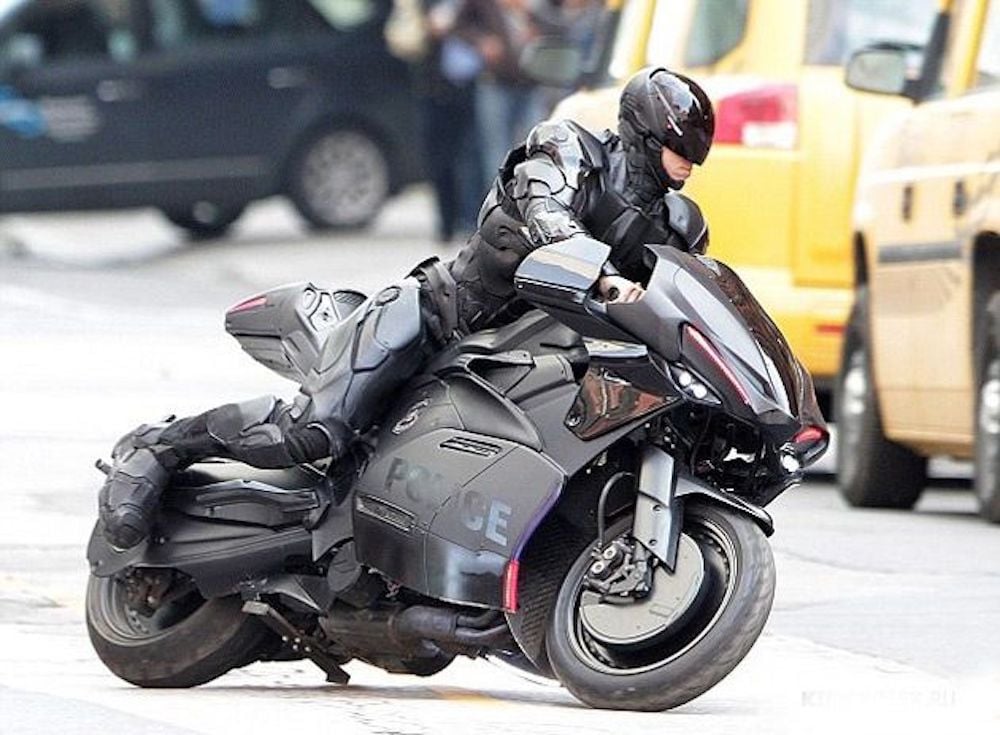 RoboCop was first released in 1987 and was the first of its kind in terms of mixed genres and aesthetics. Yes, the film directed by Paul Verhoeven was an American cyberpunk. The film was successful and the protagonist (Robocop) became something of a cultural icon. In 2014, the film was redesigned, starring Joel Kinnaman.

Robocop’s motorcycle quickly became a hot topic of conversation, especially its design. The Kawasaki 1000 was painted black to match the Robocop’s suit and appearance. In other words, it was really cool. 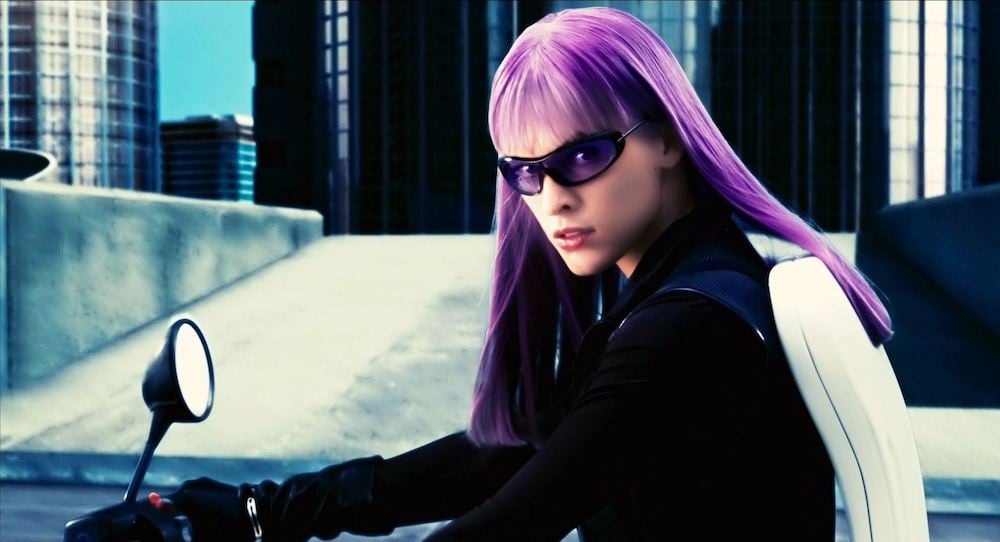 Ultraviolet is a dystopian sci-fi thriller starring Milla Jovovich. The film is notable for a number of action sequences, where Jovovich is usually behind the wheel. However, it is the motorcycle scenes that stand out the most. In the film, set at the end of the 21st century, Jovovich drives a BMW R1150 R. 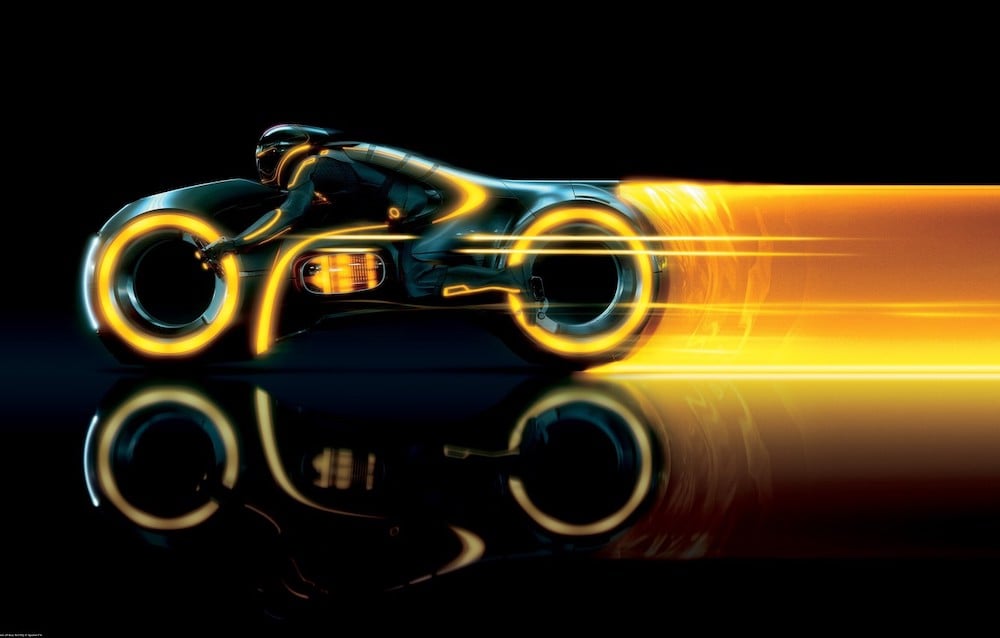 Tron: Legacy was released in 2010 and is a sequel to the iconic 1982 classic Tron. To be honest, the remake was not that good, but it did have a fair amount of moto. That’s right, the movie uses a Ducati Sportclassic Sport 1000 driven by none other than Olivia Wilde.

Filmmaker Quentin Tarantino undoubtedly loves to dive into several genres. Kill Bill is a movie that uses a motorcycle that Thurman rides, a Kawasaki ZZ-R250. 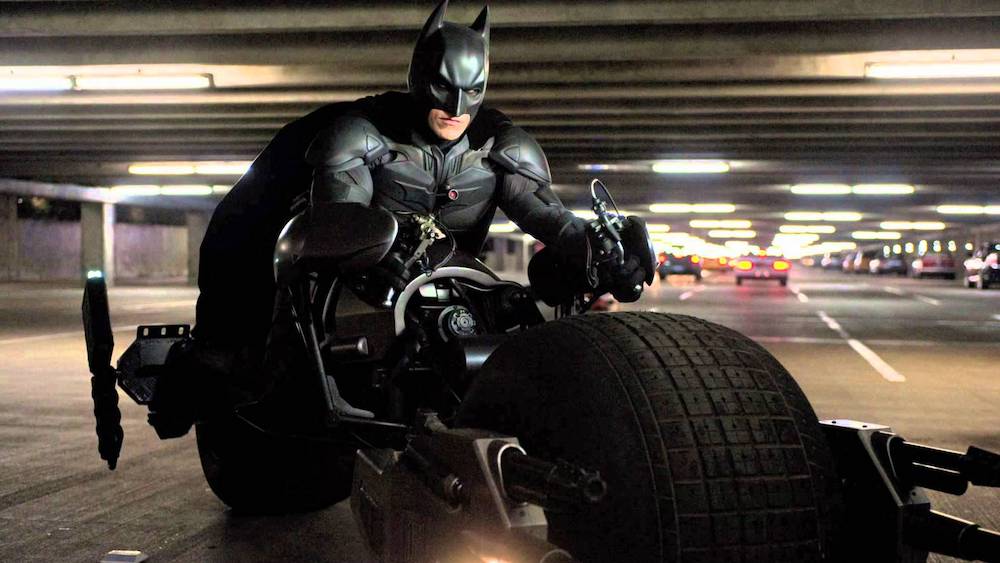 The Dark Knight is often cited as one of the best films in the world, as well as Best Superhero Movie. The film is dedicated to the amazing world of Batman, played brilliantly by Christian Bale. Batpod is one of the most unique superhero vehicles in the world. Yes, the Batpod is Batman’s personal Batcycle – a motorcycle that has been incredibly modified and is a fictional vehicle used by the superhero as an alternative to the Batmobile. 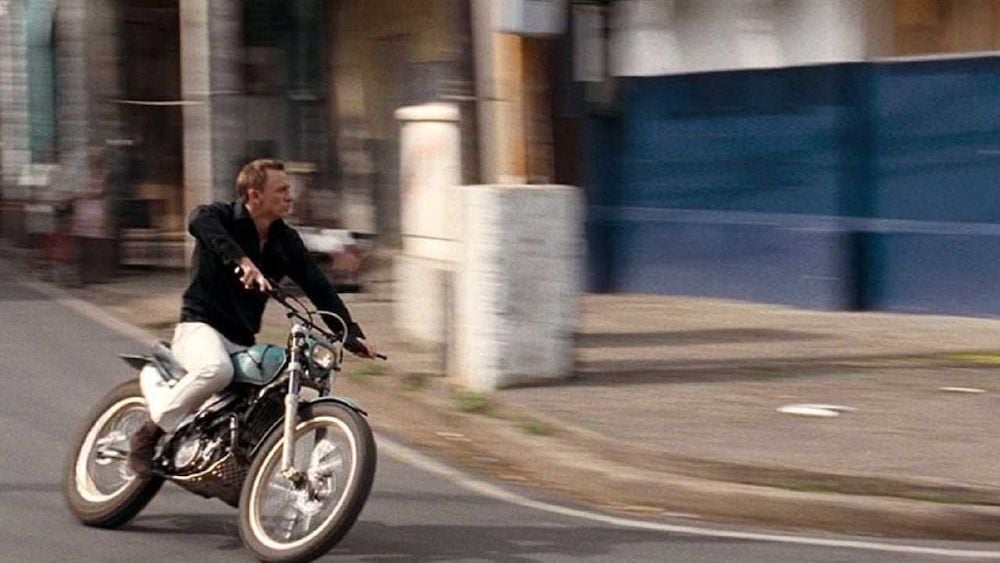 “Quantum of Solace” part of the James Bond movie series. He quickly became a fan favorite. The film stars Daniel Craig as James Bond, as well as many other famous actors and actresses. The movie features one of the coolest bikes ever – the four-stroke Montesa Cota 4RT in an aluminum frame. The bike has been heavily modified for filming to look old and stylized.

The Matrix Reloaded was the first sequel to the hugely popular science fiction film The Matrix and was the second in the Matrix trilogy. Trinity, played by Carrie-Anne Moss, is one of the standout characters in the trilogy. She became a fan favorite of the film. In this movie, she drives a Ducati 996, which was created as part of a limited series of motorcycles for the movie. 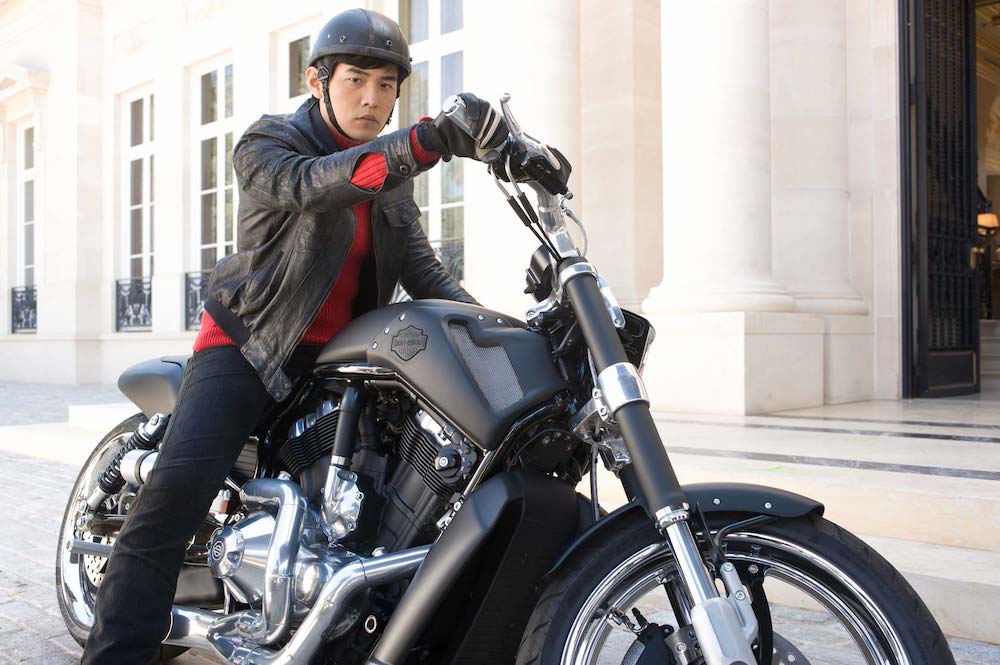 The Green Hornet is an action-comedy based on the character of the same name. The motorcycle in this movie is a custom Harley-Davidson V-Rod Muscle bike that appears throughout the movie. 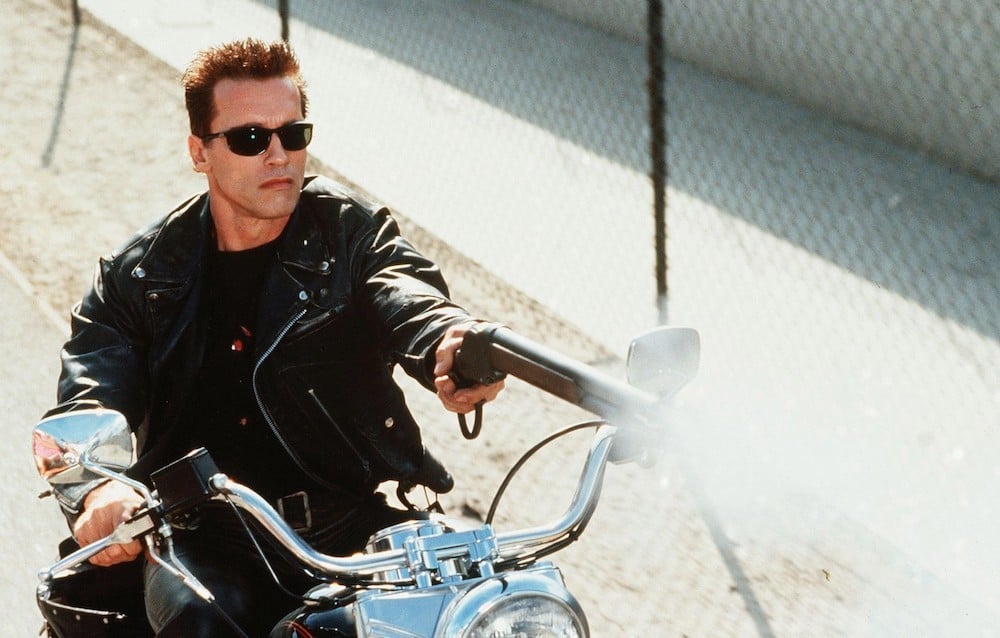 No list of motorcycles would be complete if the Terminator did not make it to this TOP. That’s right, Terminator 2: Judgment Day is one of the most iconic films in the world. The film used a 1991 Harley-Davidson FLSTF Fat Boy, a bike that had just been released a year before filming. Years later, the motorcycle was sold at auction with just 392 miles on the odometer. 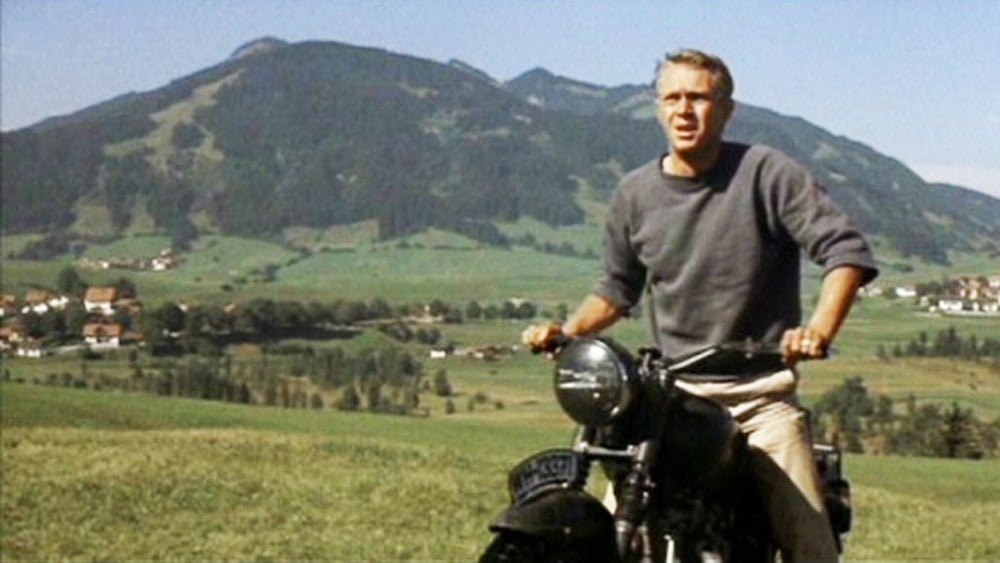 The Great Escape is a favorite with moviegoers around the world, with the film now considered a classic. The film is dedicated to British prisoners of war who plot to escape from a prisoner of war camp during World War II.