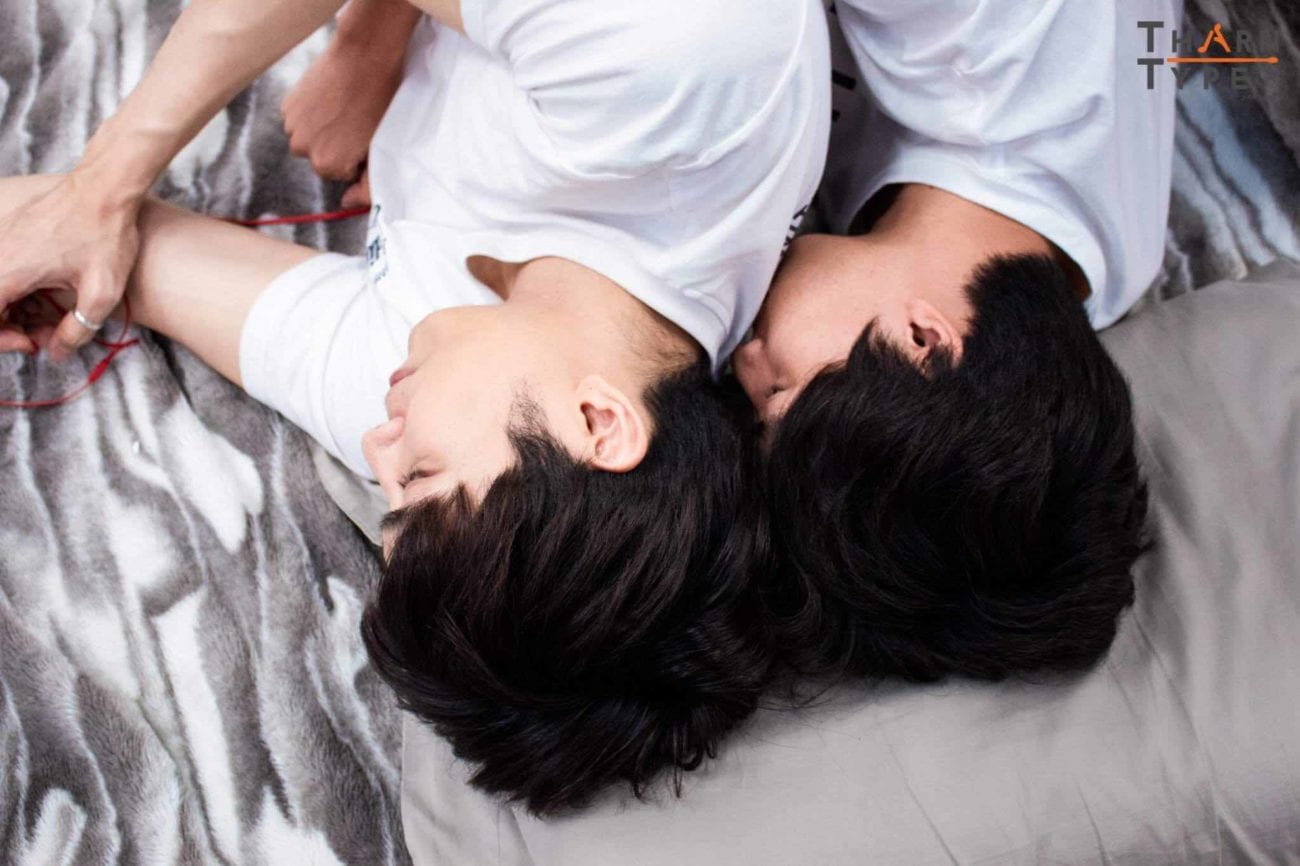 ‘TharnType The Series’: The evolution of Type

TharnType: The Series is a BL drama produced in Thailand. Set in Bangkok, the show centers around two college freshmen who are coincidentally thrown into the same dorm room.

The two boys couldn’t be more different. Type (Gulf Kanawut Traipipattanapong) is a sports major who comes from a smaller coastal town. Tharn (Mew Suppasit Jongcheveevat) comes from a wealthy Bangkok family and is a music major. Type is incredibly homophobic, so when he learns that Tharn is gay, chaos naturally ensues. 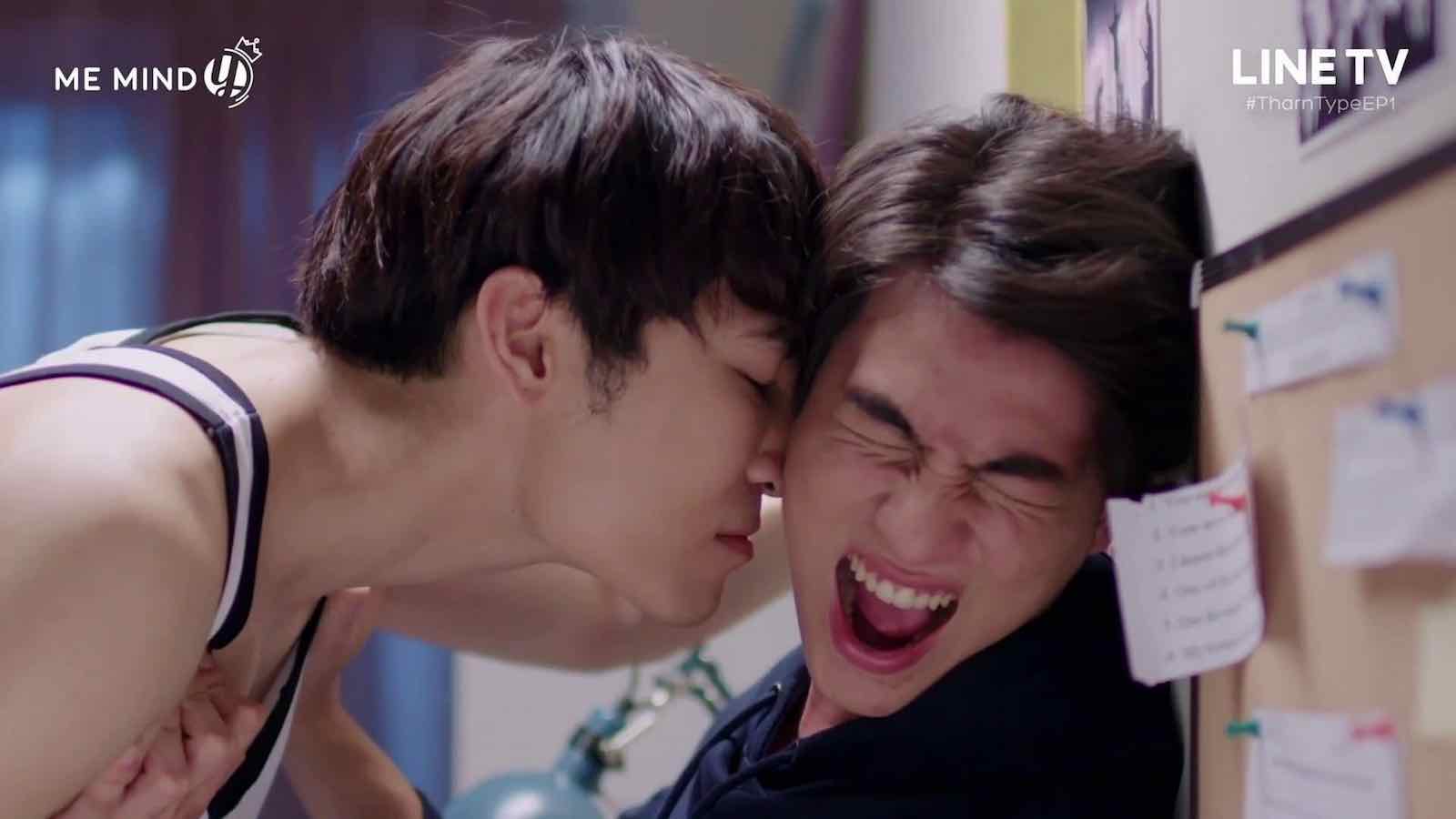 While Type and Tharn share the spotlight in co-lead roles in TharnType, it’s Type’s character that evolves the most throughout the story. Type is angsty, aggressive, and hateful. However, he begins to change when Tharn comes into his life, who definitely serves as the catalyst for Type’s growth.

Fans are flocking to the internet to talk about the dynamic between these two characters and the astonishing development of such a hostile character like Type. Come with us to see what all the hype is about and analyze his journey. 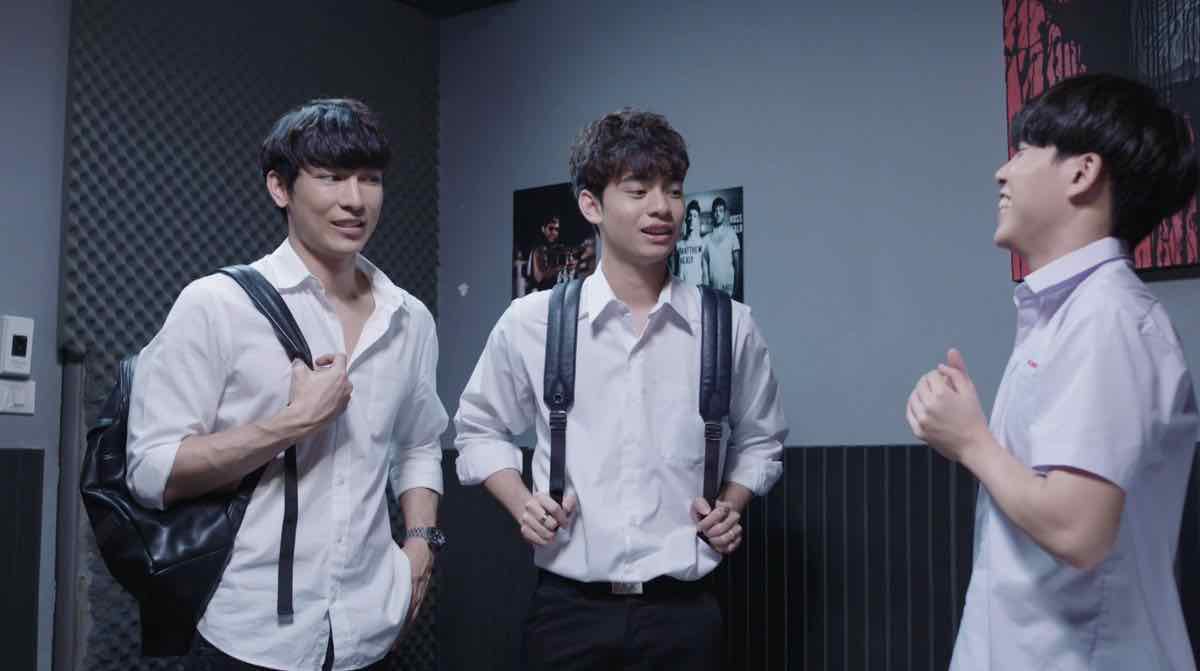 After receiving confirmation that his new roommate is gay, Type spends the first few episodes of the show aggressively spewing his homophobia all over his roommate, Tharn. Type blatantly tells Tharn to his face that he hates gay people, and for that simple fact alone, the boy needs to move out and find somewhere else to live.

Upon Tharn’s refusal, Type seeks the help of the university to find a new roommate, who decline his request. He then takes matters into his own hands and tries to find someone to switch with him. Unsuccessful in his quest, he trashes all of Tharn’s stuff in their room and leaves a note that says “move out fag”.

At this point in the show, Type is nothing but toxic. He’s verbally hateful & aggressive, which leads to multiple tense moments between the two that almost become physical. However, to counter this, there are several fleeting moments in the first two episodes that foreshadow the reasons for Type’s hatred of gay people, and the inner conflict he will deal with as the show unfolds. 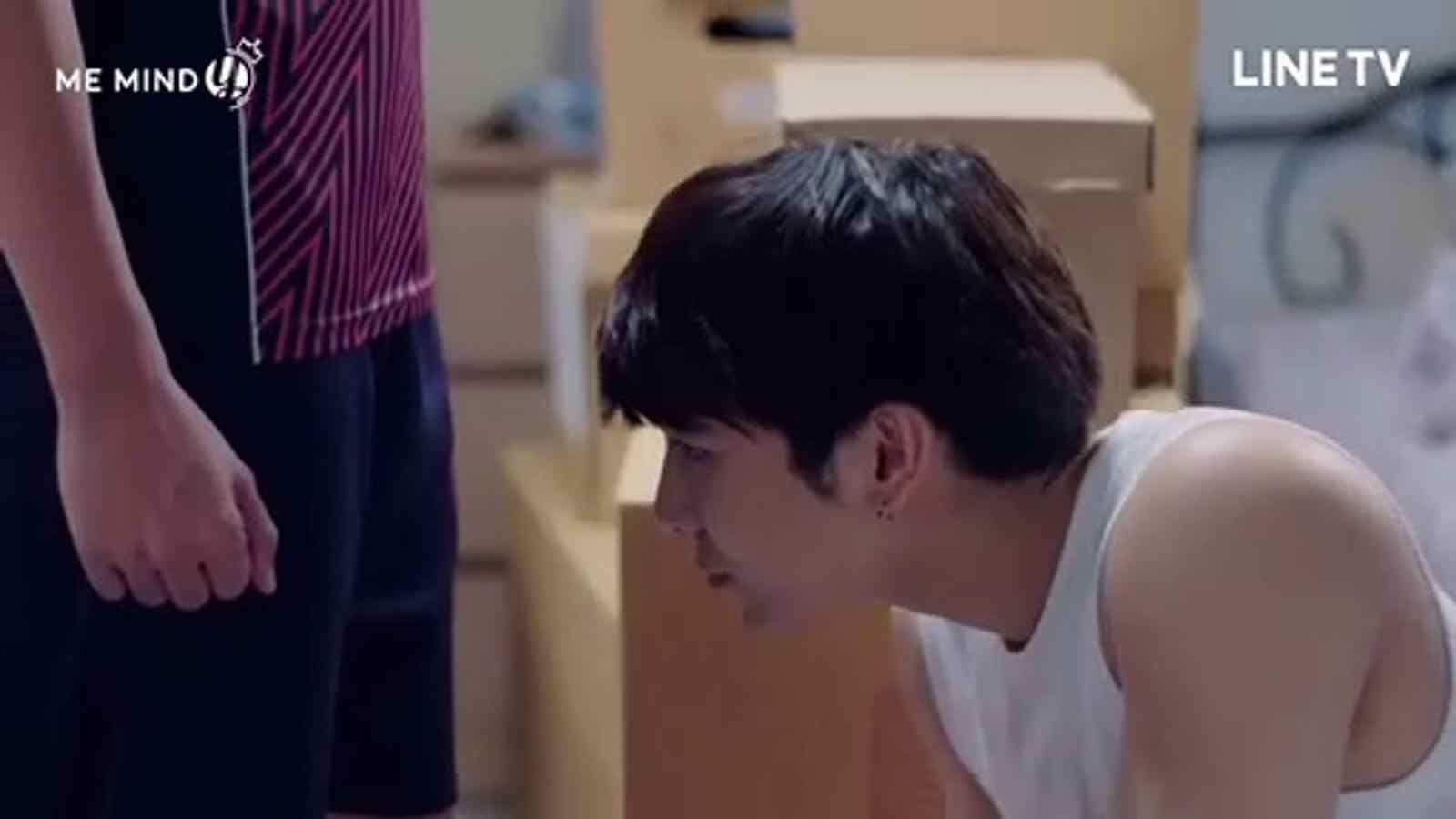 It’s also worth noting, at this point, that Tharn provokes Type often. At first, it’s unclear whether he is doing this just to get a rise out of Type, or whether there is something more behind it. However, as episode 2 comes to a close, it’s clear that Tharn has a crush on Type.

Needless to say, between Tharn’s unwelcome advances on Type, and Type’s complete hostility towards his roommate, their relationship gets off to a very rocky start. Conflict & tension is extremely high from the onset of this show. At this point, Type is the character that audiences love to hate, but trust us, you should keep watching. 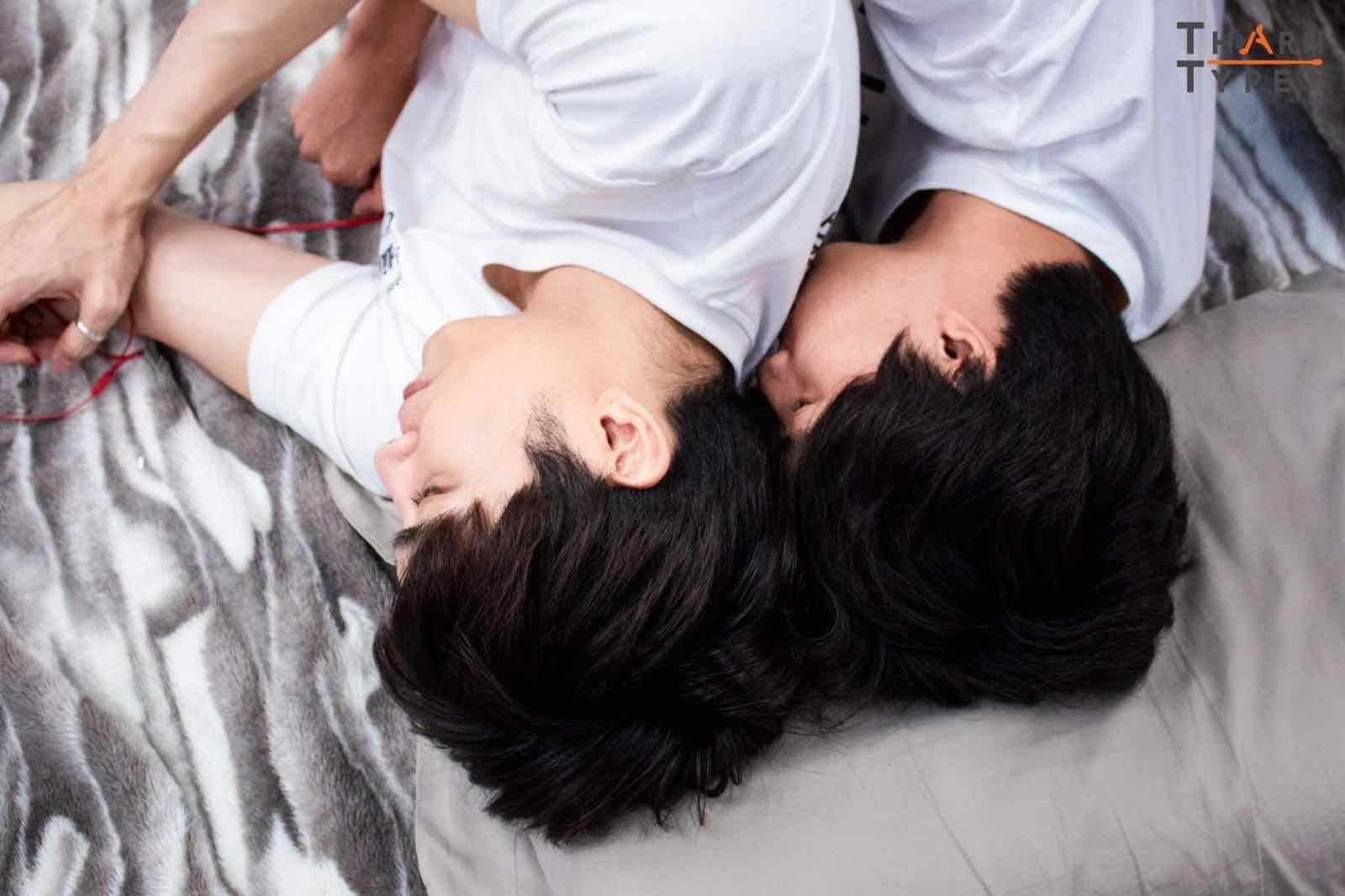 As episode 2 finishes, Type learns that Tharn tenderly takes care of him while he is deliriously sick. While it clearly freaks him out, he also seems touched by the notion. When episode 3 beings, Type finds himself feeling confused about the boy he is living with. The juxtaposing emotions Type has been harboring begin to spill over.

Although still verbally aggressive, Type is clearly developing feelings for Tharn. He’s stuck between his internalized homophobia and his red-hot desire for the man who shares his room. Meanwhile, Tharn’s advances continue. While this still antagonizes Type, he becomes more flustered than anything else.

Why is this important? It’s pretty clear by this point in the narrative that Type’s homophobia isn’t so much about Tharn. He’s clearly been suppressing his emotions for his whole life and he just doesn’t know how to deal with them. Ergo, he projects his hatred for himself on those he sees himself in. 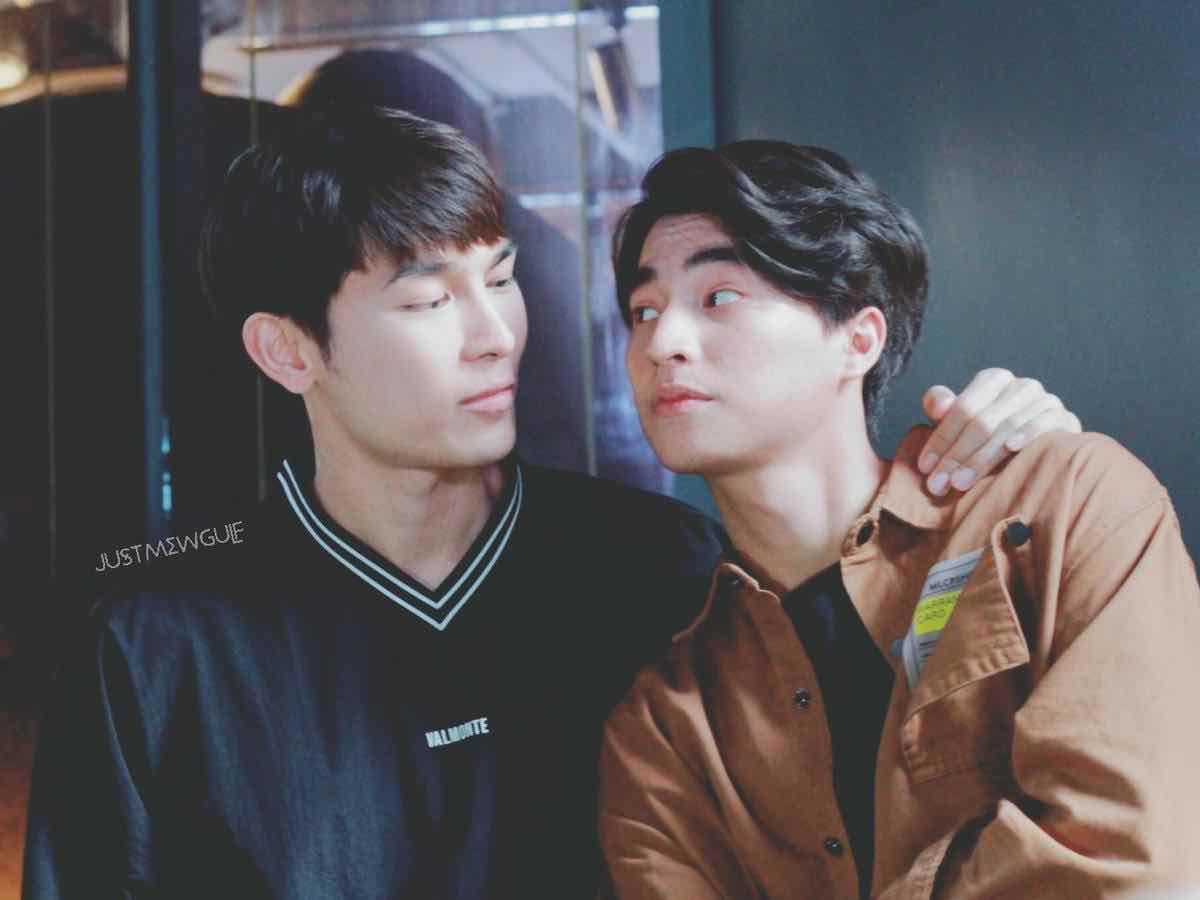 This is relatable to a lot of people. Watching Type realize that his fear is about himself, not actually the gay people around him, is agonizing. There is a scene in episode 3 where Tharn comes into the bathroom when Type is about to take a shower. Things physically escalate between the two quickly. The pain on Type’s face shows viewers that he is completely conflicted, but his desire is palpitating.

This incident seems to open the floodgates. Type admits he was raped as a child, Tharn admits he has a crush on Type. These two things cause the dynamic between the boys to change. Being able to admit to Tharn what happened to him as a child is clearly something he has suppressed for a very long time. This is a moment of catharsis for the character.

Before long, the two are doing the dance with no pants. Even though they’re now having sex, Type continues to convince himself that he’s not gay. While he is less hostile and aggressive with Tharn, he does continue to belittle their bond. He tells Tharn they’re just friends who have sex, which clearly hurts Tharn. 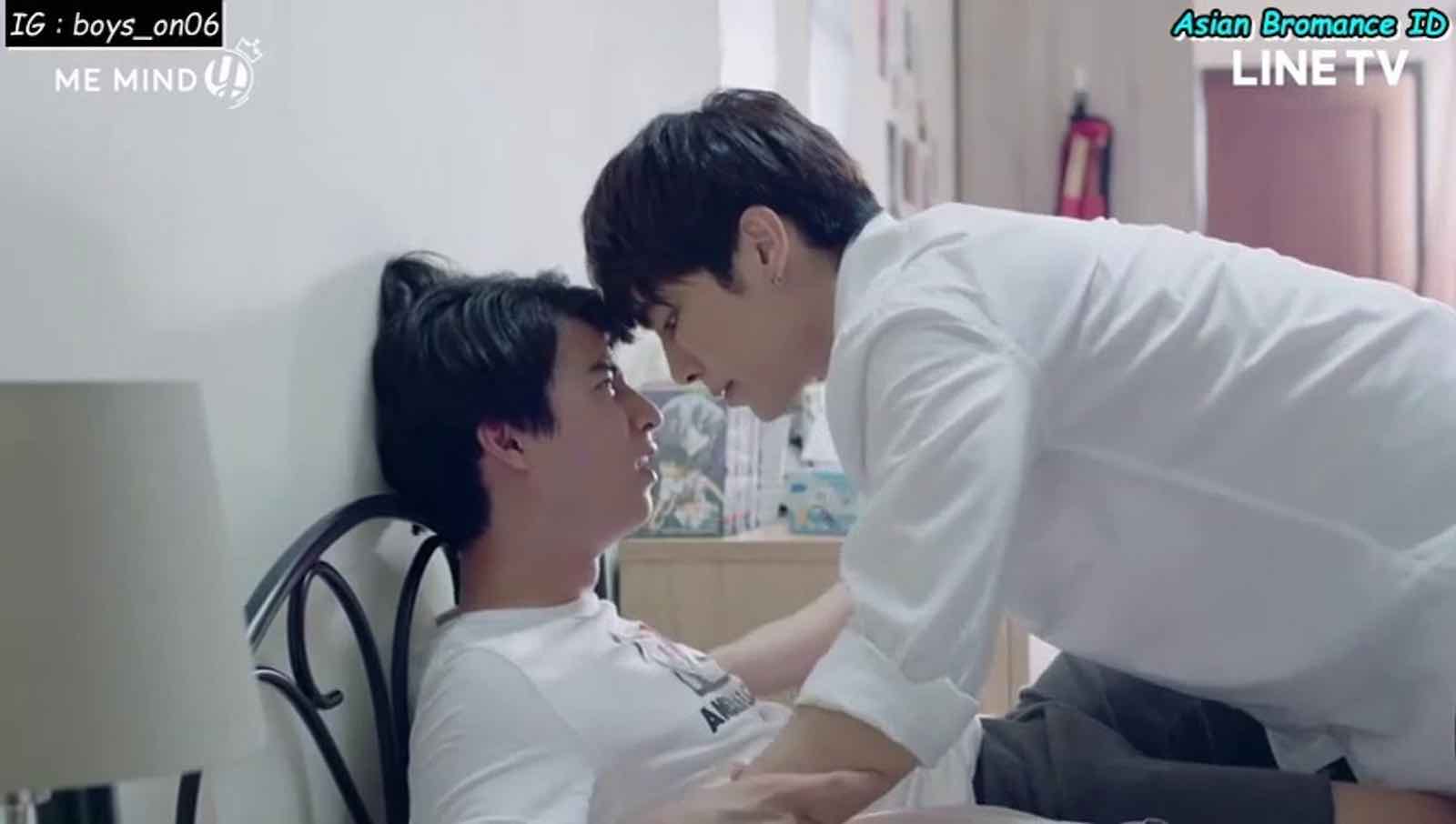 Type’s friends become suspicious of their relationship and Type panics. In a true act of internalized homophobia, he tries to date a girl. It makes both Tharn and Type crazy, which ultimately forces Type to look at himself. It’s a moment of reluctant self-acceptance, but acceptance nonetheless.

Finally, viewers see Type breathe a metaphorical sigh of relief. Living with his secrets about his past and how he feels about himself for so long turned him into an angsty jerk, and he knows it. This is where the real version of Type really starts to appear on our screens. 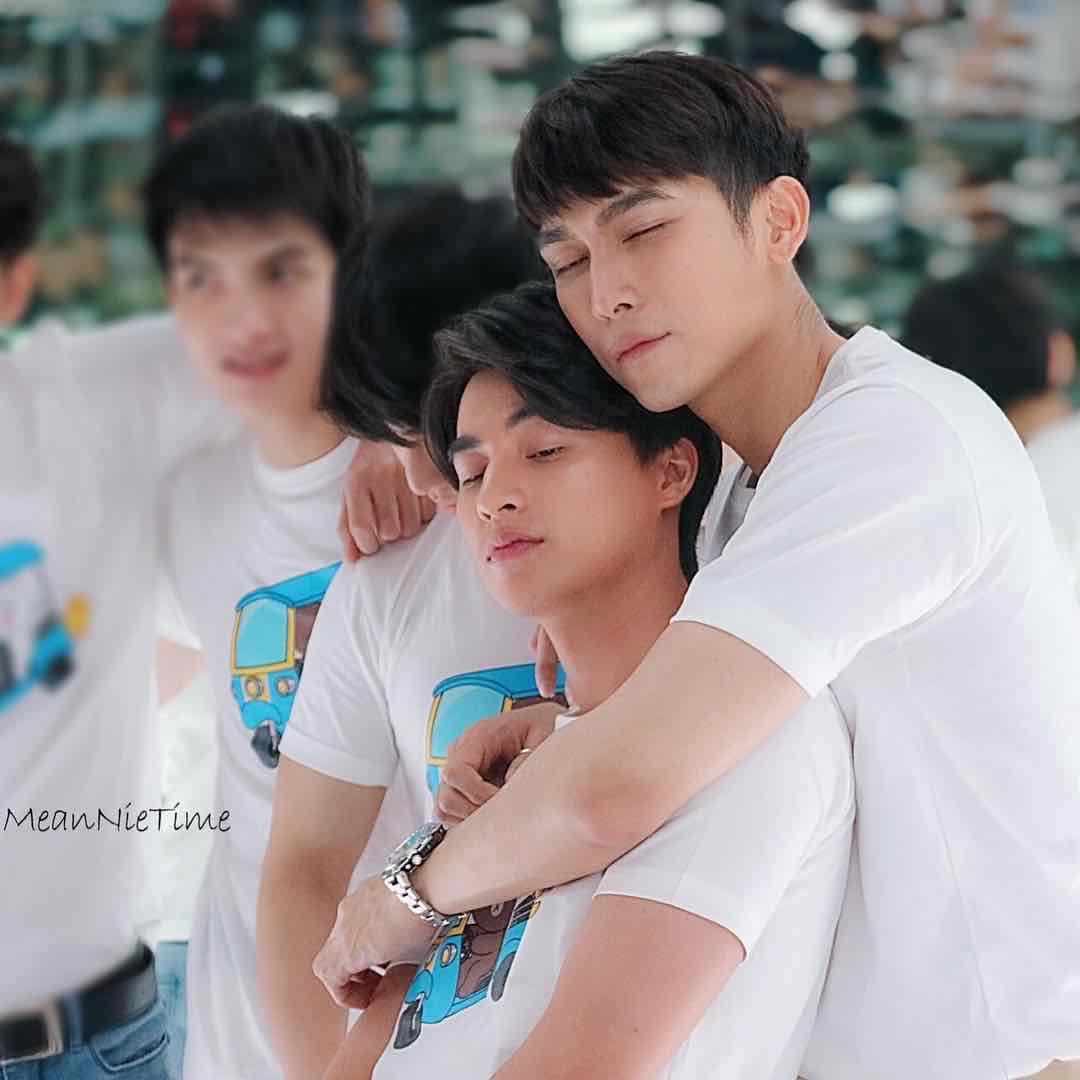 As Type and Tharn begin to explore their relationship, it’s at Type’s insistence they do so in secret. While it’s abundantly clear that Type does, in fact, care about Tharn, his journey to self-acceptance is quite a slow burn. He acts out at Tharn often. He grabs him by the shirt a lot, while verbally lashing out whenever something makes Type feel insecure.

Feelings don’t always equate to trust. Type doesn’t trust Tharn, but that has nothing to do with Tharn. The scarring from his past and the battle to accept that what he is feeling is legitimate, important, and real, causes him to project negatively.

He is jealous often. Impulsive & reactive, Type is spiteful in the way he deals with the events that happen around Tharn. The thing that makes this part of his journey different from before though, is now he pauses for self-reflection. While he might lash out frequently, he realized quickly that he acted poorly and seeks to rectify his behavior. 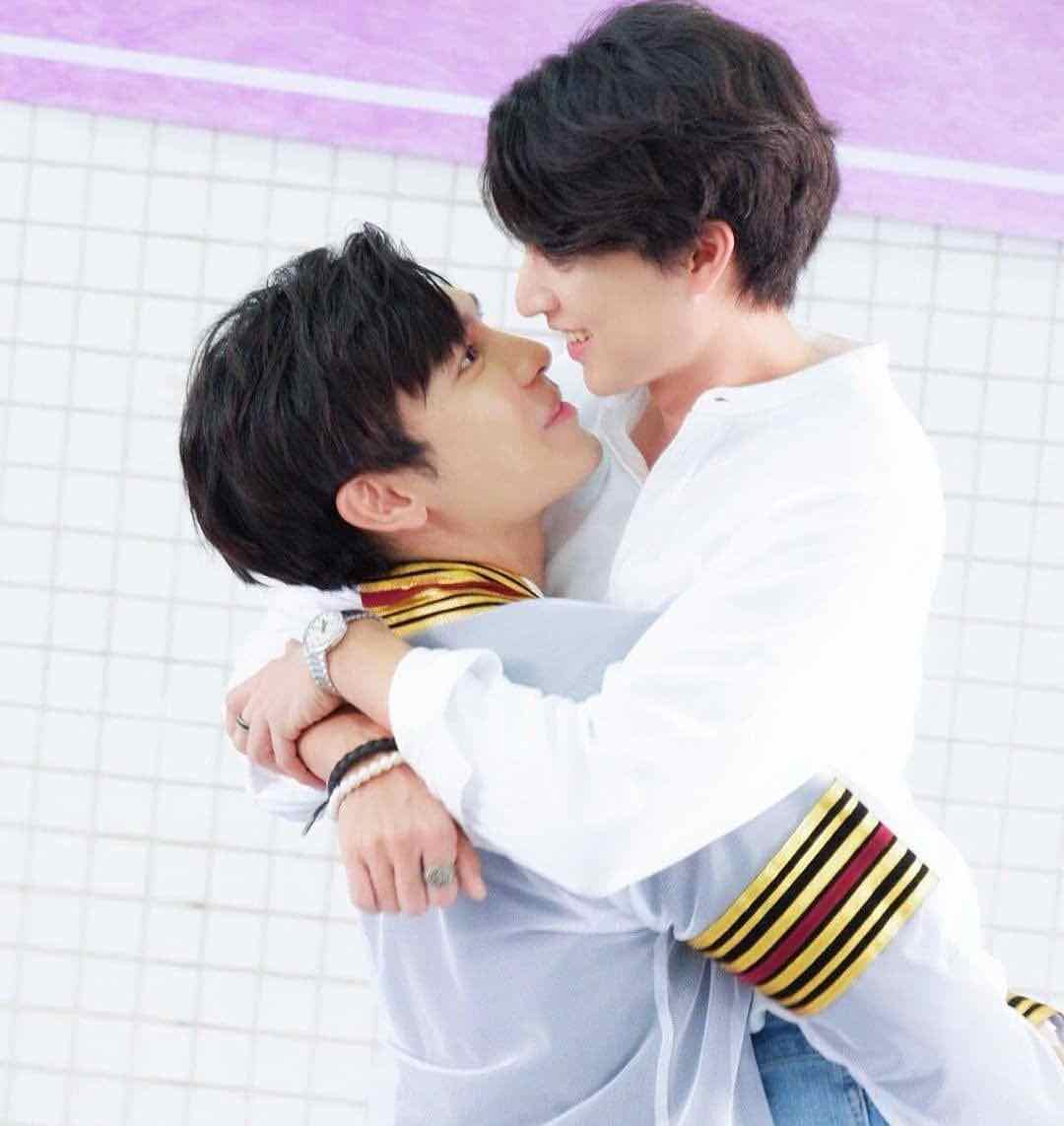 During this period for the couple, as soon as he is aware of his mistakes, he returns to Tharn to apologize & make amends. Tharn, more self-aware than Type, seems to understand that this is just part of Type’s journey. Tharn is very patient with him. Through this process, Type becomes more aware that his behavior is hurtful, and begins to change. This is what we call growth, folks! 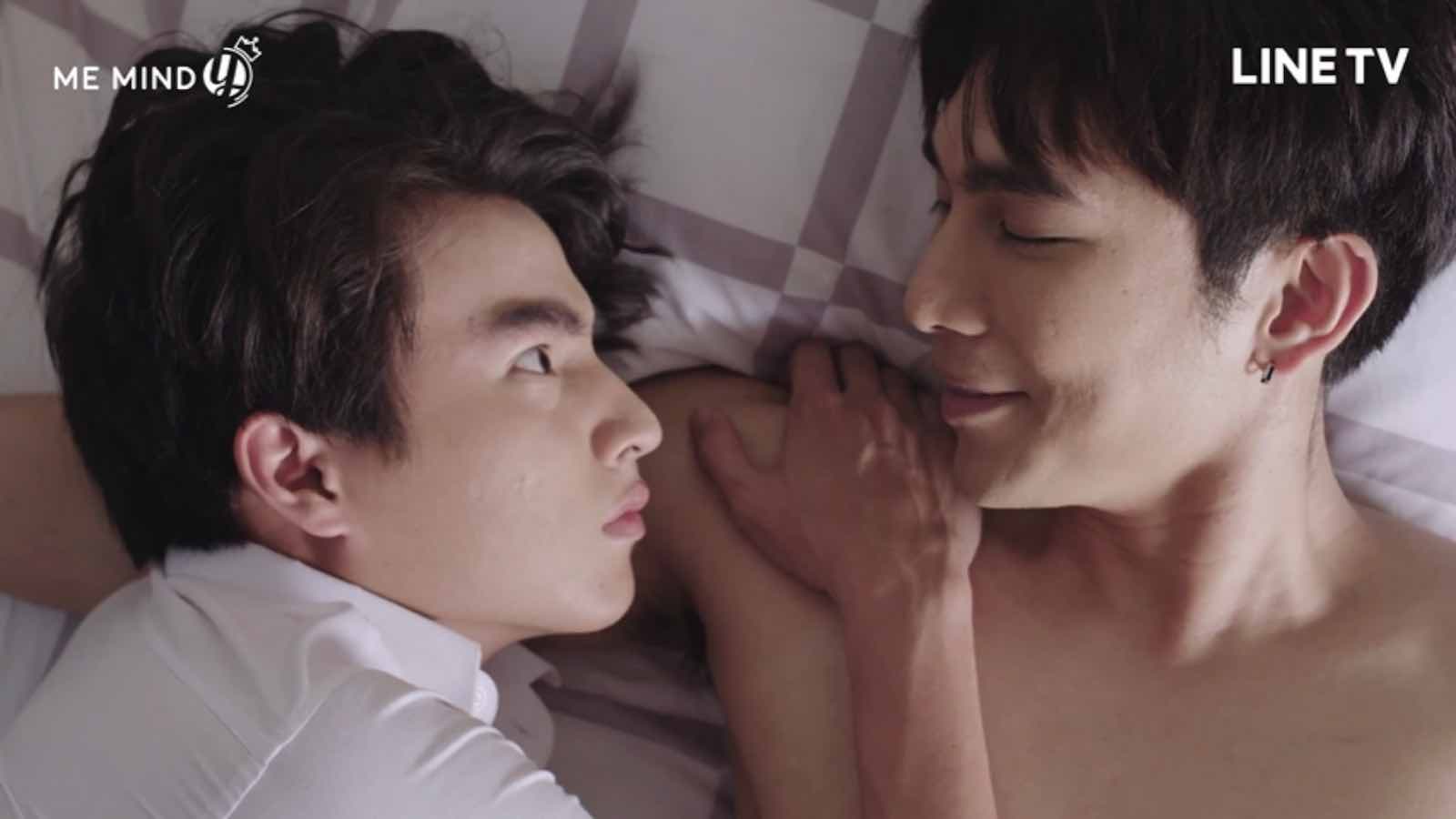 A couple of Tharn’s exes surface, which sends Type into a panicked frenzy. He realizes he is terrified of losing him. This forces him to look inside and accept that he loves Tharn in the forever kind of way. He finally stands up and claims Tharn publicly as his own.

Of course, this is a BL drama, so this isn’t where the conflict ends. Type learns some information about the relationships that exist around Tharn that even Tharn doesn’t know about. With the safety of others on the line, in the ultimate sacrifice of all, Type breaks up with Tharn.

It kills them both, as Type is unable to tell Tharn the reason for the separation. While this is also the climax of the story arc, it’s also the climax for Type’s story arc. Type understands very well that when the day comes that Tharn learns the truth, he might not forgive Type and their relationship might be lost forever. 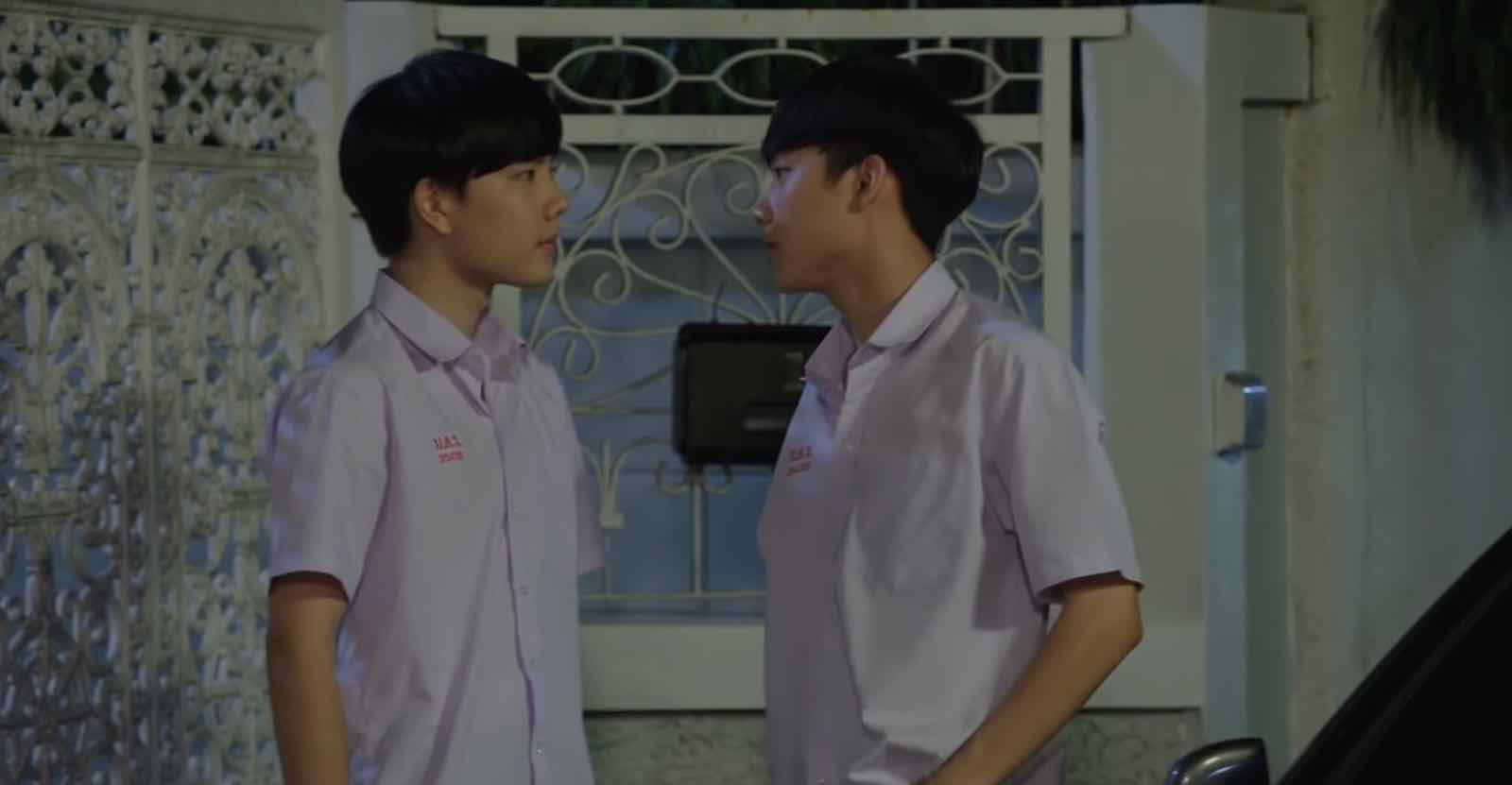 Type doesn’t even think twice though. He puts Tharn before himself at all costs, even though he desperately loves him & can’t stand the thought of losing him. The version of Type viewers were introduced to at the beginning of the series is definitely not the same version that we see here.

At the beginning of the story, Type was selfish, angry, and completely incapable of such self-sacrificing behavior. It was only through the love & support of another human being did Type feel that he was safe to look at himself and work through his issues. Even in the end, Type isn’t perfect, which is what makes him such a relatable character.

This show is important for a lot of reasons. It demonstrates what can happen to a person when they are forced to repress who they are, as well as the experiences they endure. Yet, it is also important because it shows that love really is stronger than hate. Without the unrelenting love & patience of Tharn, Type would never have evolved the way he did. 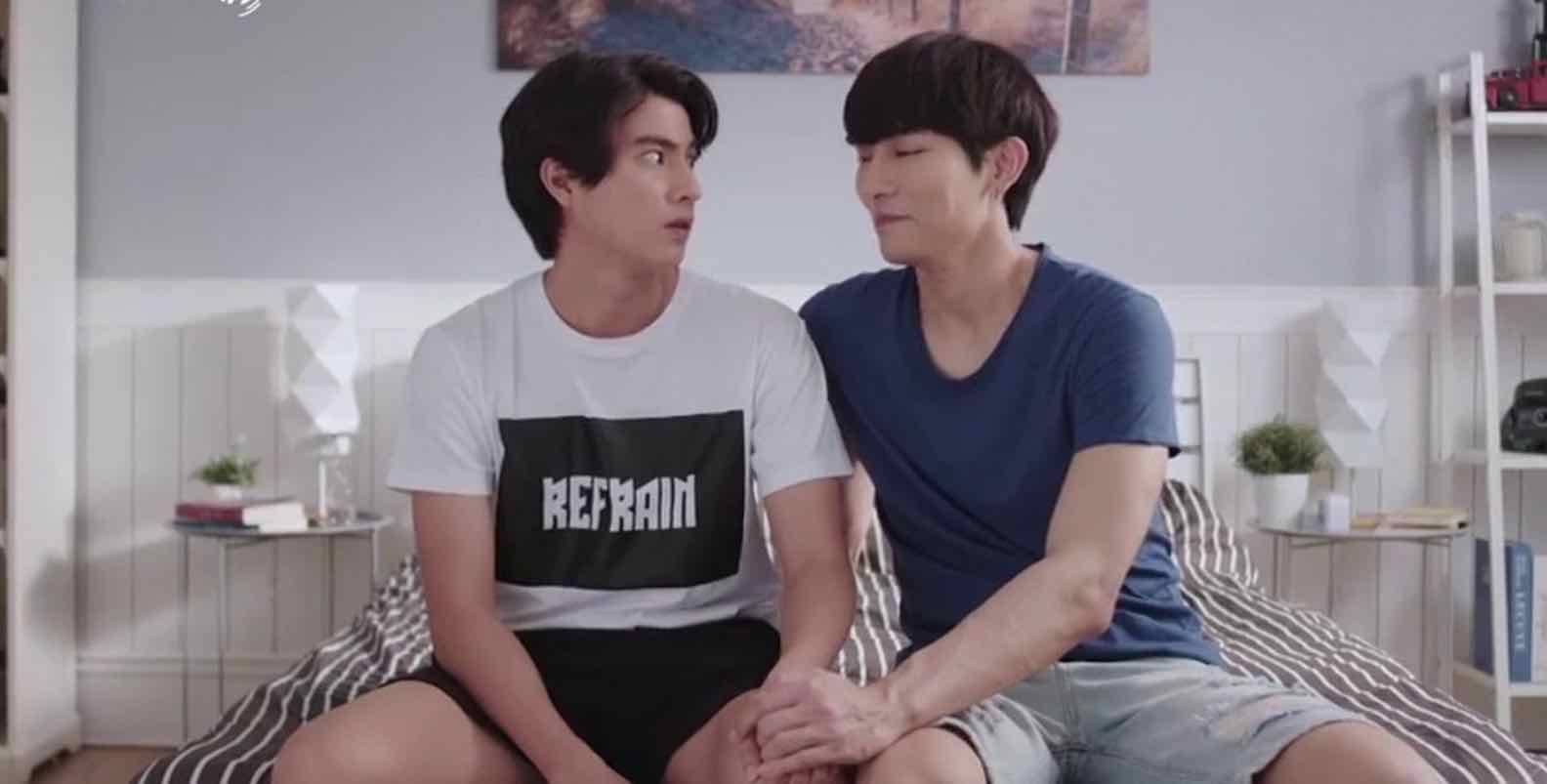 While Type uses his hands sometimes, the boys in this show are also very emotional. They cry when they need to, but they talk about how they feel. Young boys everywhere need to see more examples of this on screens around the world.

The last episode of the series aired today, January 6, 2020, yet their journey is far from over. The show was based on the first two books of three-part series published in Thailand. It is unclear at this point whether there will be a season 2 that explores what happens after the boys graduate, but Type still has a lot of growing to do. So, inquiring minds want to know… how do we get a season 2?