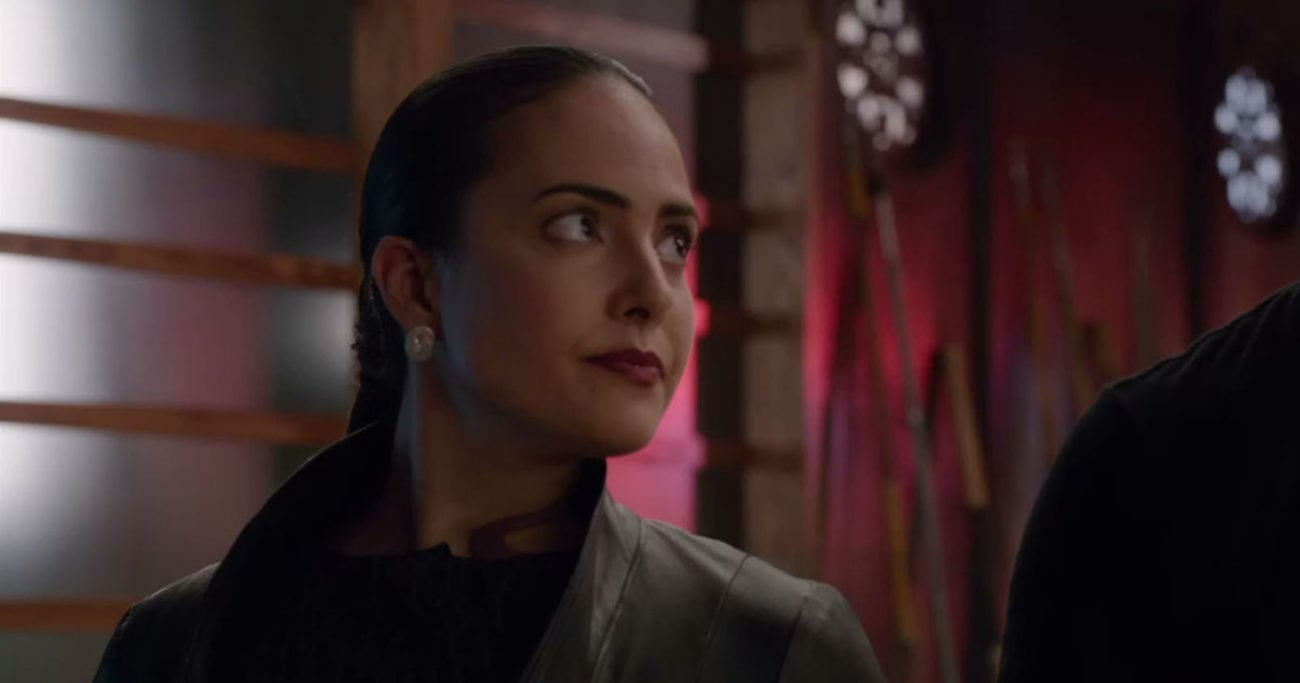 Maryse Lightwood (Nicole Correia-Damude) is affectionately known as Mama Lightwood to fans of the show Shadowhunters. While it’s true that her character begins as an oppositional force to our beloved Nephilim, by the end of the narrative, she becomes someone to love.

If we’re going to talk about a shining example of character development, Maryse Lightwood is the lady to discuss. Talk about coming full circle. By the end of the show Maryse Lightwood has transformed into the very antithesis of her former self.

Join us as we journey through all three seasons of Shadowhunters and shine a spotlight on Maryse’s character growth throughout the show. 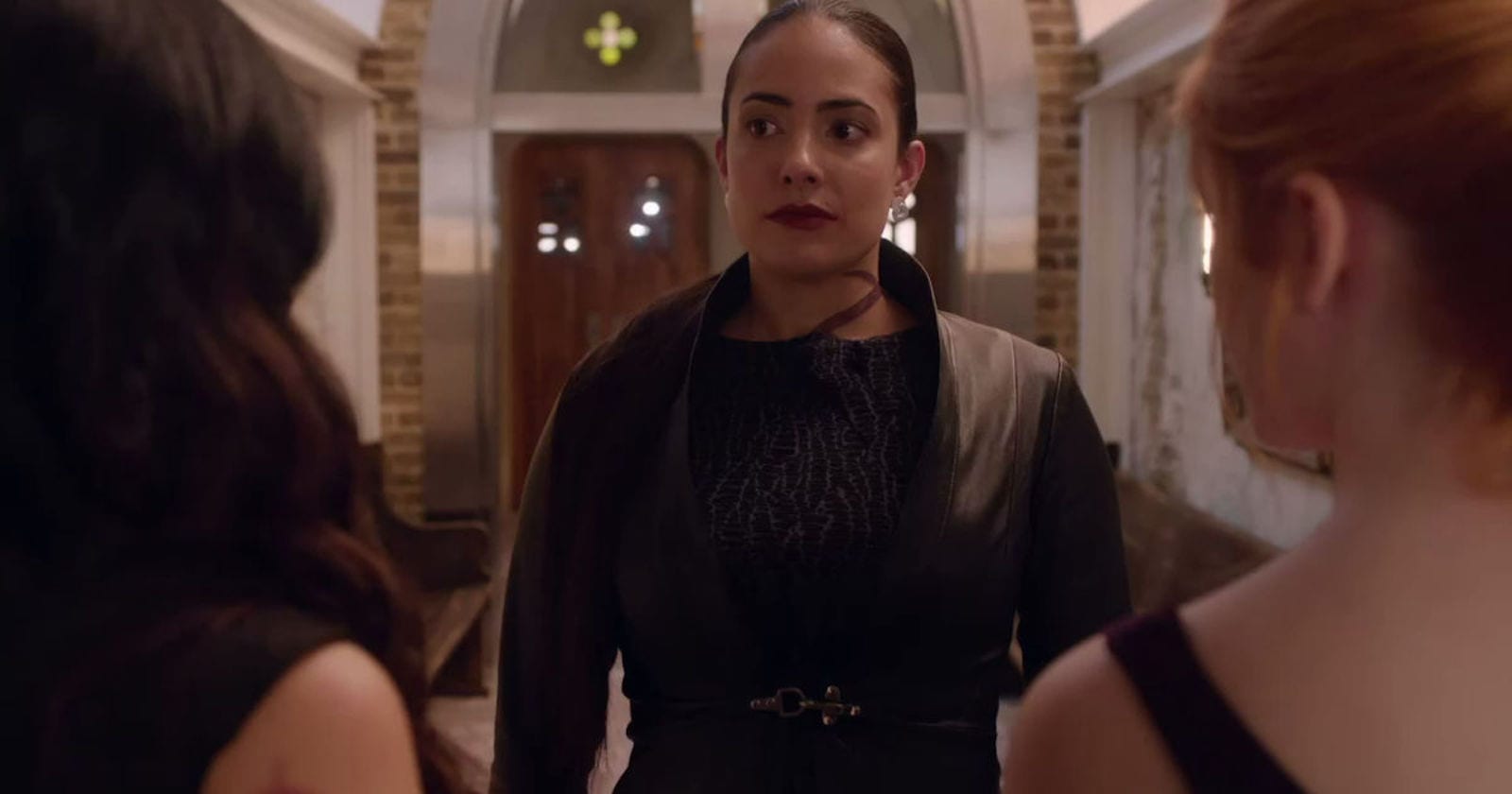 Maryse Lightwood storms onto our screens for the first time in S1E5 of Shadowhunters, and she makes quite an entrance charging into the Institute dressed all in black with her long, ridiculously straight hair pulled back off her face, tight as can be.

Maryse’s facial expression is cold & stern and it doesn’t even soften for her own daughter, whom she hasn’t seen in some time. Mama Lightwood has an attitude from hell. It quickly becomes evident that she is a season one nemesis to create all kinds of personal conflict and drama.

Malec stans love to hate S1 Maryse, forming as she does the driving force behind Alec’s (Matthew Daddario) internalized homophobia. With a mother like that, we don’t blame the boy. 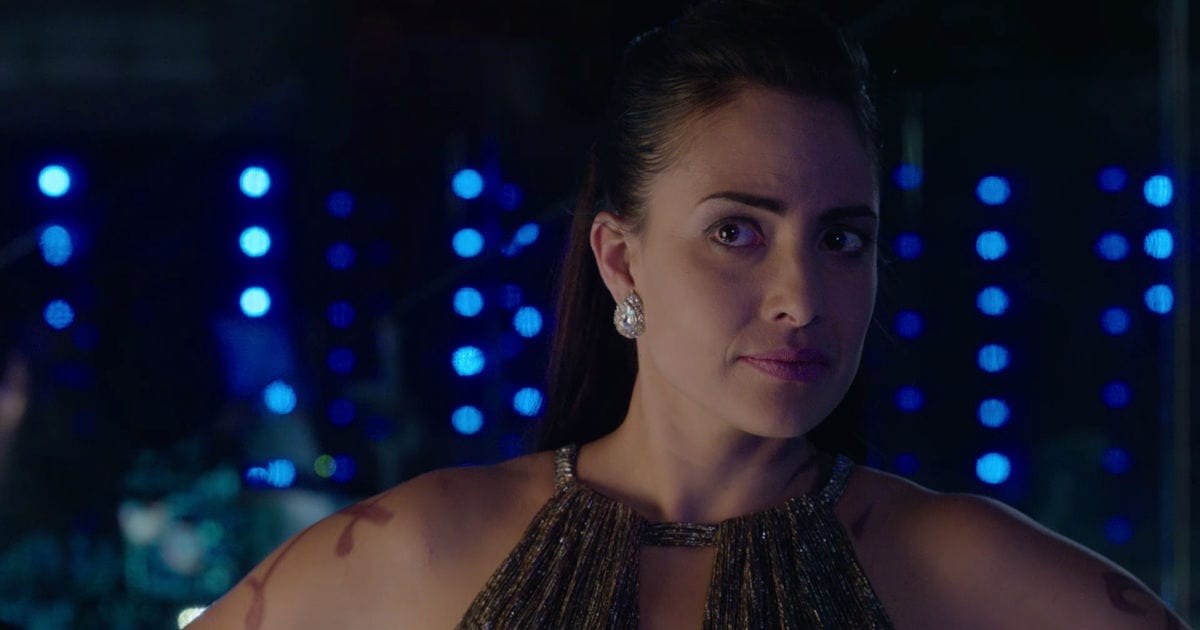 In S1E12 Alec tells Magnus (Harry Shum Jr.) that, if he acted on his feelings for Magnus, he could lose his family, his career – everything. When Alec finally gives into himself and charges down the aisle to kiss Magnus in front of everyone at his own darn wedding, Maryse doesn’t act kindly.

She is disgustingly selfish, totally uninterested in the happiness of her son – all she cares about is her own reputation with the Clave. She has zero awareness that the New York Institute is actually quite accepting of Alec running around New York kissing 800-year old downworlders.

Alec isn’t the only Lightwood on the receiving end of the Maryse-tude either. Maryse treats Isabelle (Emeraude Toubia) terribly: picking on Isabelle’s fashion sense and the company she keeps. Maryse implies that Izzy’s life choices err on the side of promiscuous, ridiculing Izzy to shame her for seeking pleasure.

Plainly put, S1 Maryse is the bitch monster from hell. Everyone around her including her immediately family want her to click-clack her high heels back to stuck-up Idris where she belongs. 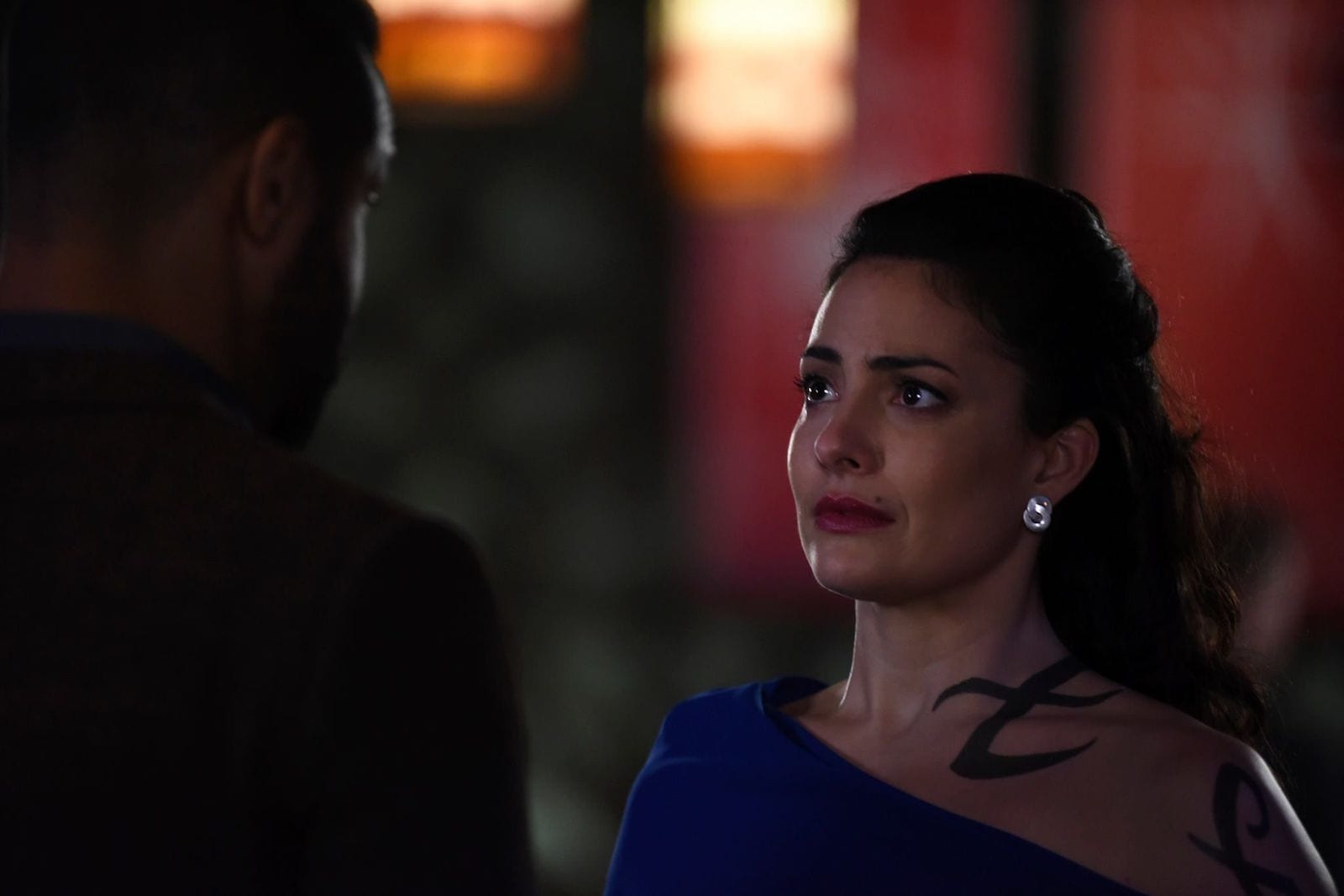 If it’s possible, S2 Maryse is even worse. Upon learning that Jace (Dominic Sherwood) is Valentine’s (Alan van Sprang) son, the woman instantaneously turns her back on the guy. While Jace isn’t actually her son by blood, she did raise him and up until that point, treating him as her own.

But at the first sign of trouble, she disowns Jace to save face with the Clave. Maryse’s inability to think for herself – her commitment to following Clave orders blindly – positions her as the woman we all love to hate. Her disdain for Malec’s relationship continues, and her relationship with Izzy isn’t much better.

Even her husband Robert (Paulino Nunes) can’t stand her, and we see the breakdown of their relationship. In the alternate universe where Izzy’s a nerd, this season is titled Everybody Hates Maryse. 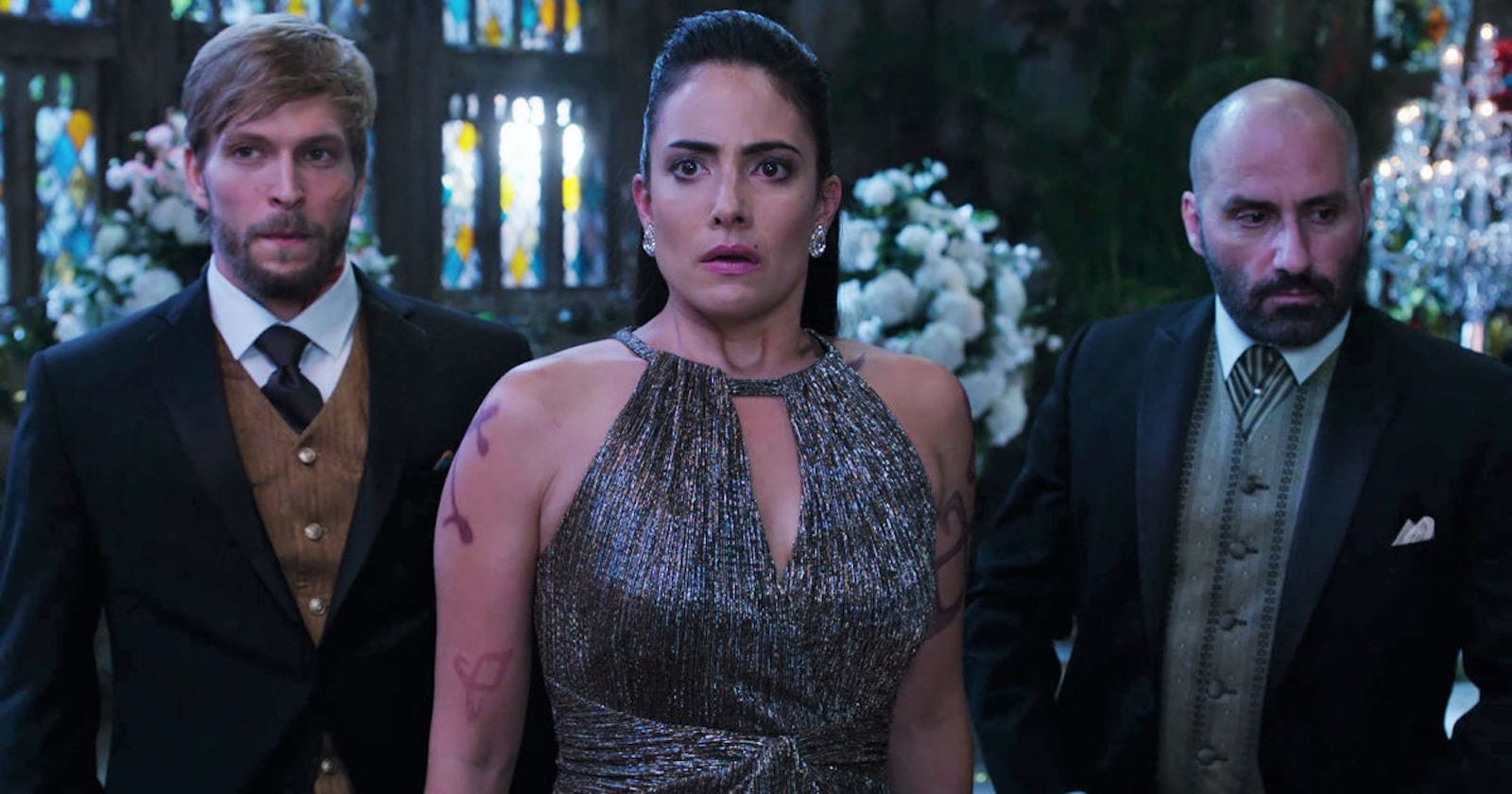 Divorce seems to suit Maryse well, because as she begins her new journey alone, she also sheds her bitch persona.

In S3E3, it becomes quite evident that whatever prejudices Maryse held towards Malec’s relationship are now gone. Malec host a dinner as Maryse swoops back into town and it goes splendidly. She’s respectful towards Magnus and finally validates Malec’s relationship. This is the first time Maryse acts like a mother in Shadowhunters.

At dinner Maryse announces that the Clave has turned their back on their little foot soldier: Maryse is being de-runed and excommunicated because of her prior involvement with the Circle. Being cast out of Idris, forced to live life as a mundane, changes Maryse for the better. Finally! 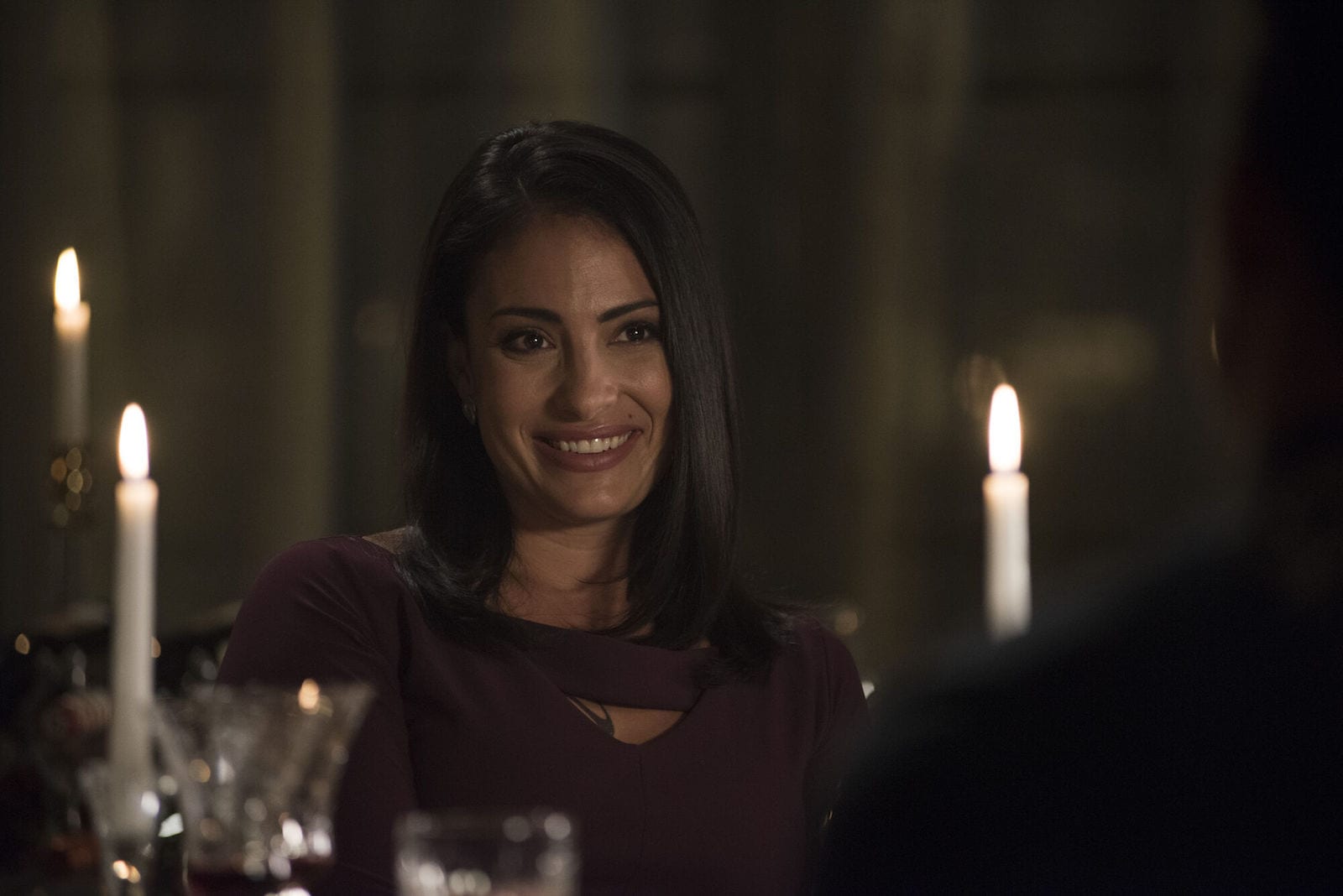 Maryse moves to New York, opens a bookstore and becomes human. She develops a relationship with Magnus and welcomes him into the family, while challenging Alec to be better than she was (pretty low bar). Maryse finally develops an intimate and romantic relationship with Luke (Isaiah Mustafa).

Maryse’s character growth in S3 is phenomenal. She flips from the woman we all love to hate to the mom we all wish we had. Her transformation is so profound, we almost want to forgive her for all the horrible stuff she put her kids through in S1 & S2. Almost.

Are we invested in Maryse’s fate now? Yes! Do we want to see what complications unfold between Luke and her now that Luke is a Shadowhunter once more? Absolutely. Do we want to see her become a grandmother and try and rectify all the wrongs she did to her own kids? Most definitely. Do we think she could be quite a force if Shadowhunters ever gets a spinoff? Take a guess.