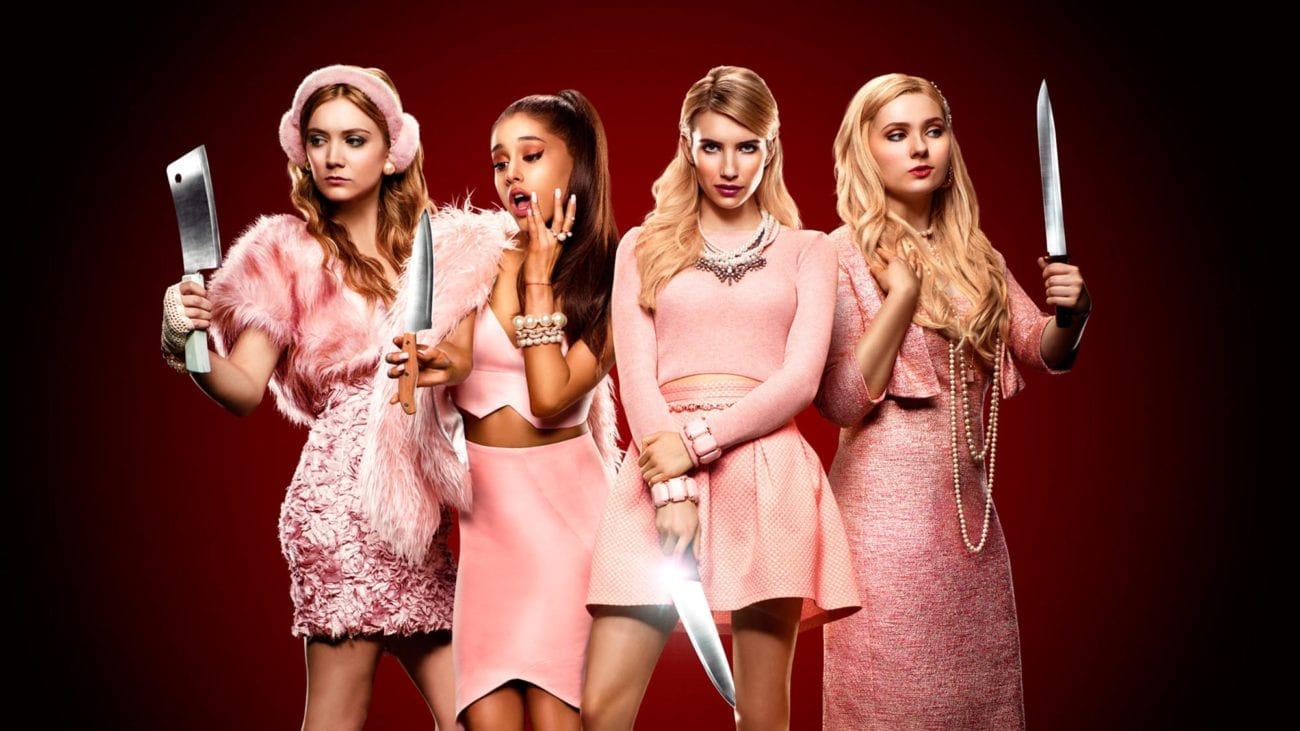 Teen icon and fully-fledged slammin’ hottie Diego Boneta will be starring in the upcoming Terminator reboot. While many would argue the franchise is itself in dire need of being terminated once and for all, we can maybe tolerate another movie if it means getting to enjoy Boneta in a big role.

Fans will fondly remember Boneta from his performances in projects including Pretty Little Liars, 90210, and Rock of Ages, but Film Daily knows him best as dreamy barista Pete Martinez in S1 of Scream Queens (the character’s death still haunts us, folks.)

While we’re inclined to believe Boneta is too good for a reboot of a movie franchise that peaked in the early 90s, we think he was devilishly good in Scream Queens, right down to his poorly timed death (he was just about to reveal who the killer was!) We’ve decided to revisit and rank the eleven best death scenes Scream Queens ever accomplished. We love you forever, Pete Martinez.

The laser is supposed to help cure Tyler’s (Colton Haynes) skin disease, but instead it sears his eyes, chest, and stomach while his throat is slit with a scalpel. His body is still smoking when Chanel #5 (Abigail Breslin) and the rest of the gang discover it, causing her to muse how she’s just lost her “best chance at happiness with a really hot guy”. So tragic!

The murder happens off screen but there’s still something magnificent about watching the much younger girlfriend (Tavi Gevinson) of Steven (Philip Casnoff) being led on a limb by limb scavenger hunt for her lover’s body. It ends with Steven’s decapitated head bobbing about in a fish tank with his shocked (yet tranquil) expression leering through the glass at her.

Poor dumb Roger (Aaron Rhodes). All he wanted to do was teach Chanel #5 the secret “clicking language” he shared with his brother. Instead he learnt the secret nail-gun language of the Red Devil. Apparently three times in the head means “death”.

Done in extreme slow motion with just the right amount of melodramatic screaming to accompany it, the Green Meanie throws a scythe into Sheila’s (Cheri Oteri) neck, making her head spin (and spin, and spin, and spin) clean off.

Simple yet effective, the moment Catherine (Cecily Strong) is decapitated while trapped inside a full-body spa tank evokes the lawnmower murder of season one’s first episode. However, it improves the murder by soundtracking it with The Ronettes’ “Be My Baby” while the Green Meanie flourishes the act with some slick dance moves and real pizazz.

After being stabbed in the throat and falling through a church ceiling to his death, the body of Chad (Glen Powell) lands on the altar at his own wedding to Chanel. Ironically, they didn’t even get to enjoy the “till death do us part” exchange of their wedding vows!

It isn’t so much the manner in which Chanel #2 (Ariana Grande) dies that stands out, but more the fact she takes the time to live tweet her ordeal, including saving her last dying breath so she can hit enter and post it instead of spending that time trying to escape. Admittedly, in a crisis we’d probably do the same.

Poor Coney. The “top dog” and premium ice cream cone mascot of Wallace University got scooped out by the Red Devil when he was promptly decapitated. His final words were “Aaron Cohen is never taking off this costume.” Ironically, he was right – just not in the way he’d imagined.

Despite some enthusiastic encouragement from Chad (Glenn Powell) shouting “climb you armless bastard”, the poor sucker just couldn’t make it up that damn ladder. He gets axed in the stomach (twice!) before getting decapitated, while Chad & Chanel give him “the indignity of watching him die.”

The decapitation of deaf Sorority pledge Tiffany (Whitney Meyer) is done so with lashings of terribly bad taste and shamelessly ludicrous comedy. Not only does poor Tiff mistake the screams of her fellow sisters as them singing a Taylor Swift song (and proceeds to singalong, unaware they’re yelling for their lives), but she’s also taken out by the Red Devil on a lawnmower. Her body is buried in the lawn, leaving a “blank space” (heh) where her head should be. 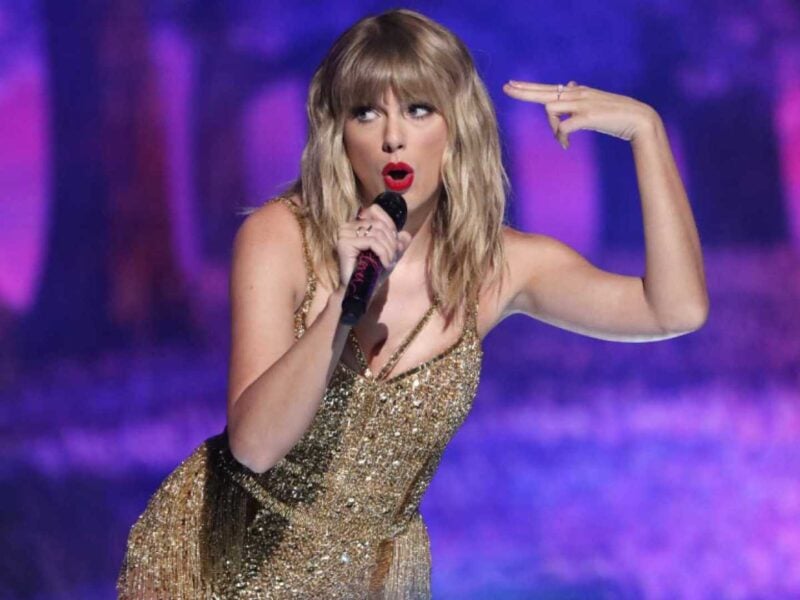