While we’ve come a long way with regards to LGBTQI representation on screen, even today many of the queer female characters in film conform to harmful stereotypes. Lesbians are often predators as seen in Pitch Perfect, and they rarely get happy endings as seen in The Children’s Hour. That’s why we were stoked to see Sebastián Lelio’s Disobedience confront these stereotypes head on.

Disobedience is set in an Orthodox Jewish community, a place that emphasizes conformity. This strictness leads Ronit Krushka (Rachel Weisz) to abandon the community after she is caught in flagrante with her friend Esti Kuperman (Rachel McAdams). Years later, Ronit reunites with Esti. Their attraction is stronger than ever, and the two must navigate their sexualities in a community that tries to force them into gendered roles.

‘Disobedience’ follows a woman as she returns to the community that shunned her decades earlier for an attraction to a childhood friend.

While the community is set on keeping Ronit and Esti inline by demonizing their sexuality, disobedience is what humanizes these women. The powerful opening scene shows us that it’s our ability to choose that makes us human. As the narrative unfolds, we see the women’s defiance as the most human act.

In the end, the pair choose to go their own ways. This isn’t a typical ending for a romance, but the film doesn’t have romantic intentions. Our hero’s journey is understanding our freedom of choice and seeing how women make and act out their own decisions. As we fade to black, we’re secure that theses characters have made the right choices for them, which leaves us thinking about the choices we make way after the credits roll. 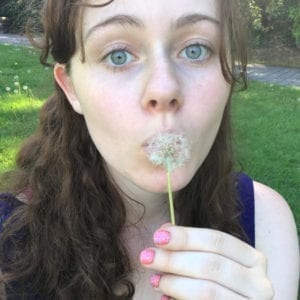 Caitlin Sinclair Chappell is a filmmaker, theatrical director, and freelance writer. She was raised on classic sci-fi, horror, and action flicks. As a queer woman, she has a passion for films that empower female voices and LGBTQ+ voices. When she’s not on set or in a theater, Caitlin will often be reading comic books, sipping tea, or relaxing at the beach.