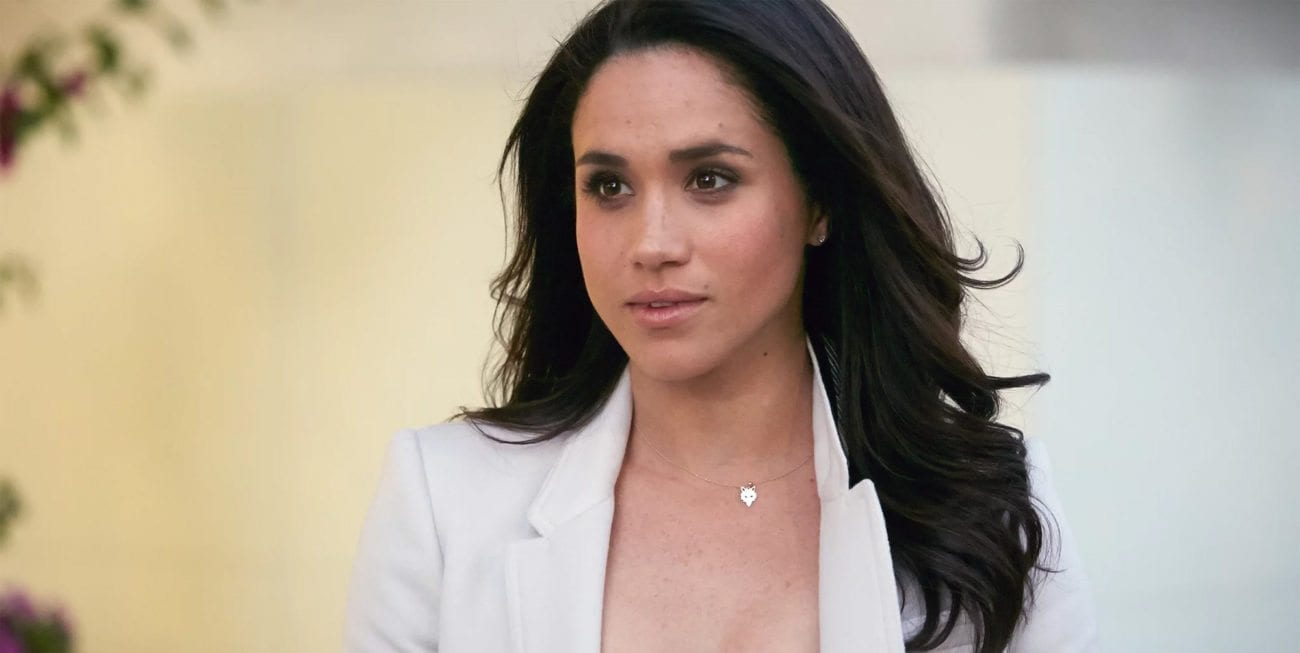 We’re cool with the idea that someone from a show as low-rent as Suits is going to soon officially become a princess. In fact, we really couldn’t care less.

But the media circus surrounding Meghan Markle’s apparent trailblazing antics as an advocate for women and feminists about to shake up Buckingham Palace (or wherever it is the royal family shapeshift into their true form) is something we have to challenge. That is, if Markle’s less than dazzling credentials as an actor are anything to go by.

Granted, Markle’s shafted her career to become a full-time wife, woman in nice clothes, and prestigious tabloid figure, but still – her career is hardly stacked full of roles that champion her position as the next Emmeline Pankhurst. Here’s a brief history of Markle’s least feminist roles that are keeping our eyebrows firmly raised about the soon-to-be princess. 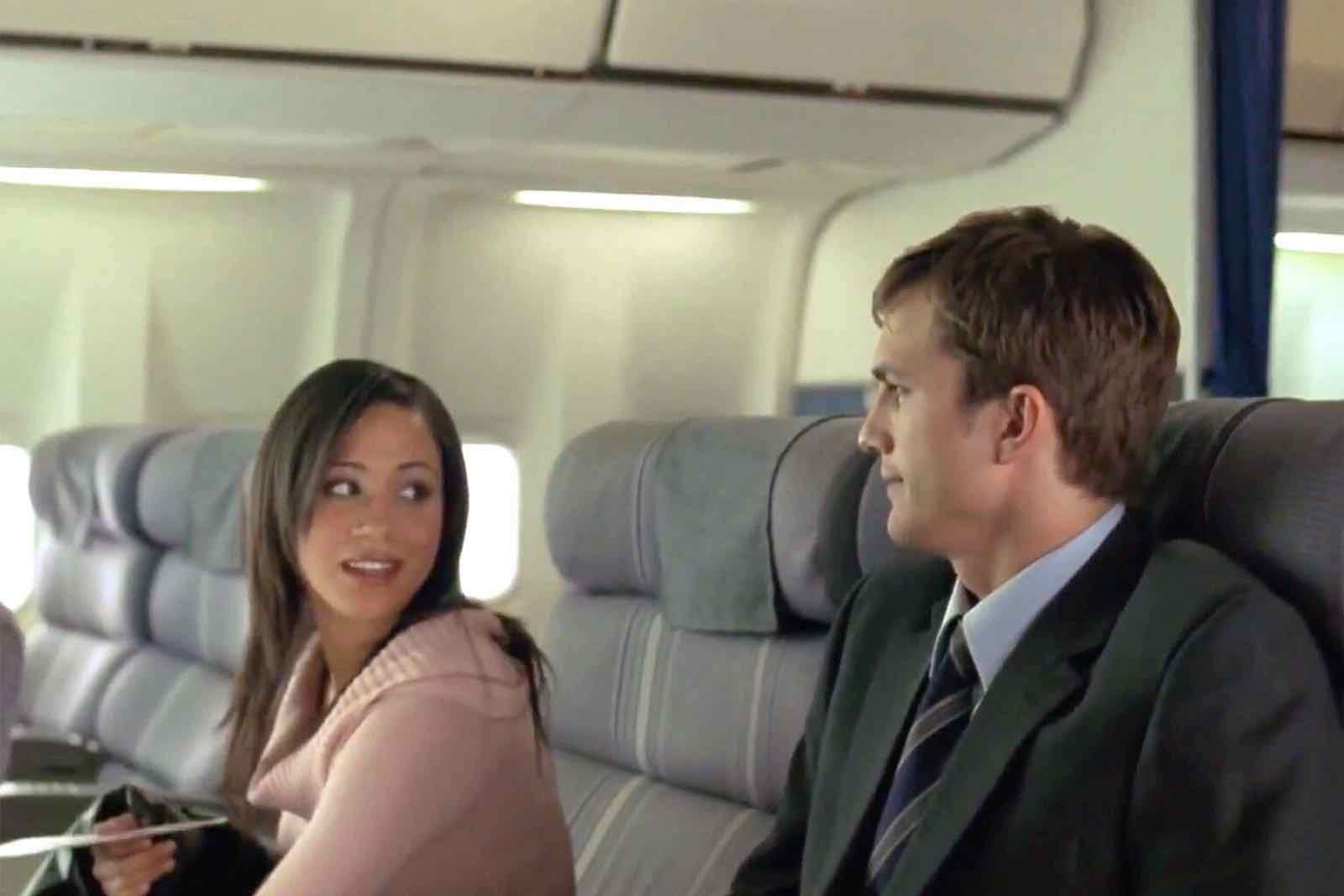 Hollywood is not an easy town and everyone has to start somewhere. But if you’re looking to become an advocate for women, a good place to start is by telling your agent you definitely don’t want a bit role in an Ashton Kutcher (Dude, Where’s My Car?) movie in which you play a character called “Hot Girl”.

You especially don’t want to take that role if it involves gleefully flirting with a character who impresses yours with the tantalizing prospect of millions of dollars. That’s doubly important if you’re planning on marrying into one of the most elite and richest families in the world someday. Awkward! 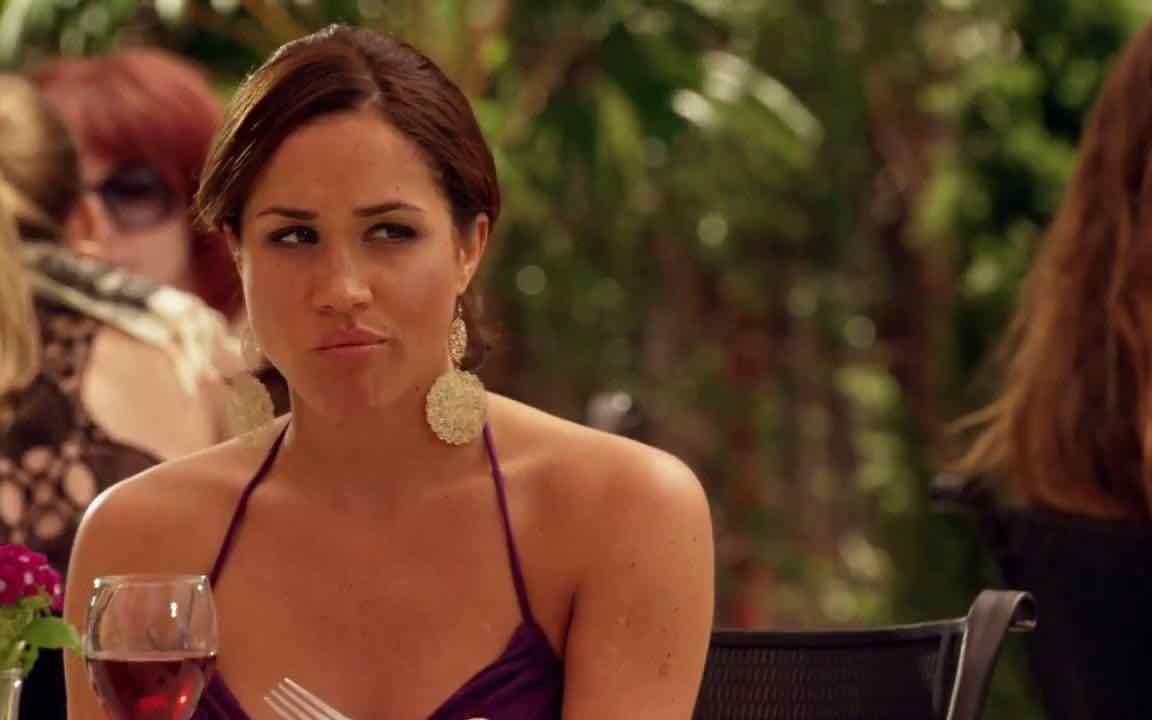 Markle plays a nondescript maid whose job conveniently requires her to wear some very sexy lingerie, which is vaguely explained in the episode but barely enough to requisite the gratuitous opening shot of Markle bending over to dust a chair. 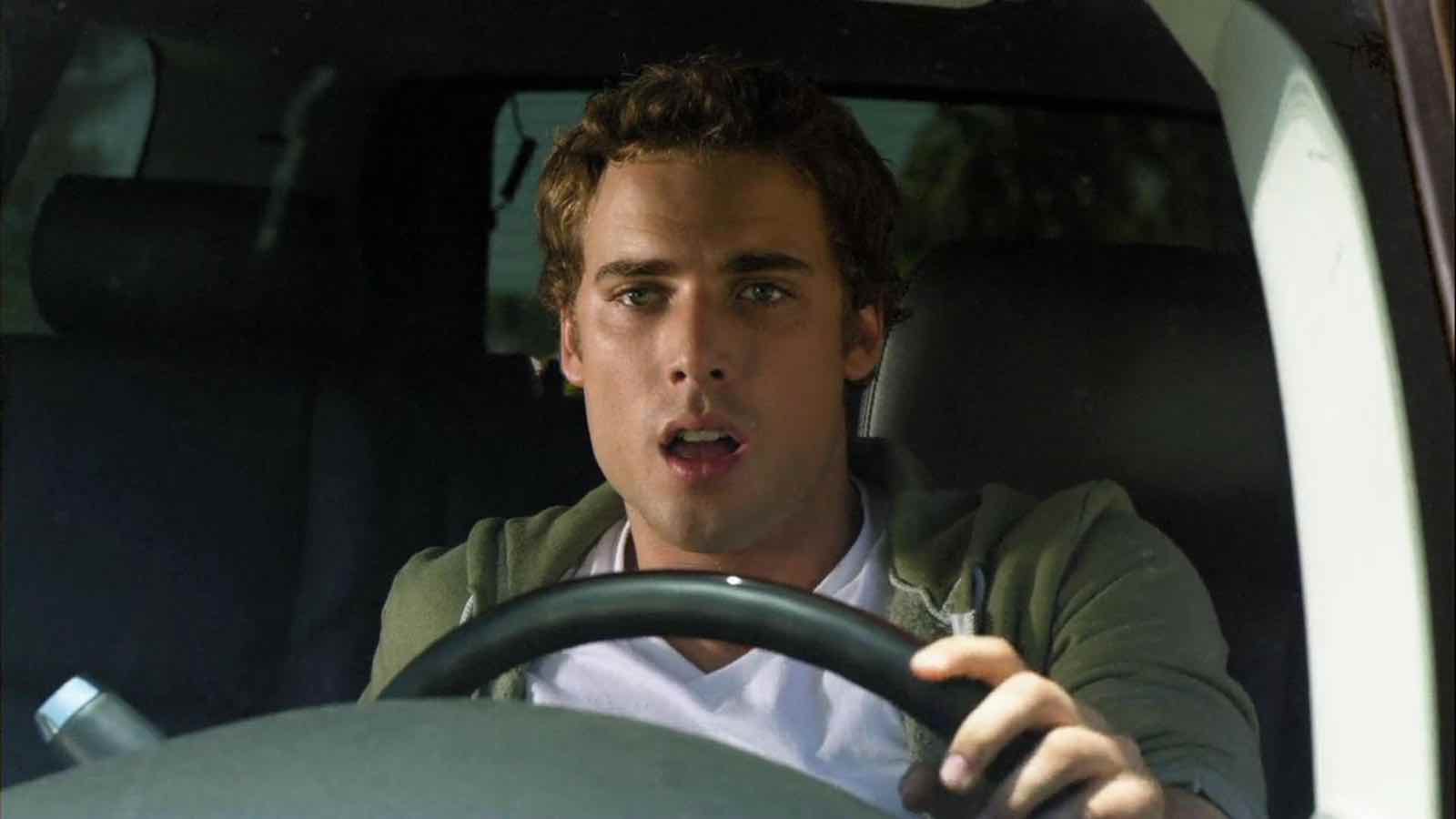 A lot has been said about Markle’s role in The CW’s reboot of the 90’s teen classic drama in which her character gets caught giving a blow job to Ethan Ward (Dustin Milligan) while poor Annie Wilson (Shenae Grimes-Beech) looks on in palpable horror.

However, there’s nothing unfeminist about pleasuring someone in a high school car park. In fact, that’s pretty badass. However, what is questionable is that she plays a character whose only function in the show is to serve as an objectified mean girl with a rockin’ body and exactly zero lines.

Literally plays a pair of bouncing tits and an ass in some yoga leggings. Her only lines are exclusively dedicated to pointing out how extremely stupid her character is to Ruxin (Nick Kroll) as he fawns all over her.

Markle plays a very minor character in the form of a FedEx employee named “Jamie”. She has about two lines so they may as well have just credited her as “Hot Girl” again for all it’s worth. In a voice over, smarmy Account Manager (Jason Sudeikis) stares at Markle’s before proclaiming that his job comes with a few “perks”.

Depicting said “perk”, Markle coyly flirts with the guy as he informs her she’s “way too cute” to be a “FedEx girl” and gets all bashful as this disgusting ape continues to inquire as to whether she’s actually “a model or an actress”. Workplace harassment, everyone! Something that feminists everywhere love to depict on screen as being little more than a series of harmless compliments you’re always happy to hear on the job. 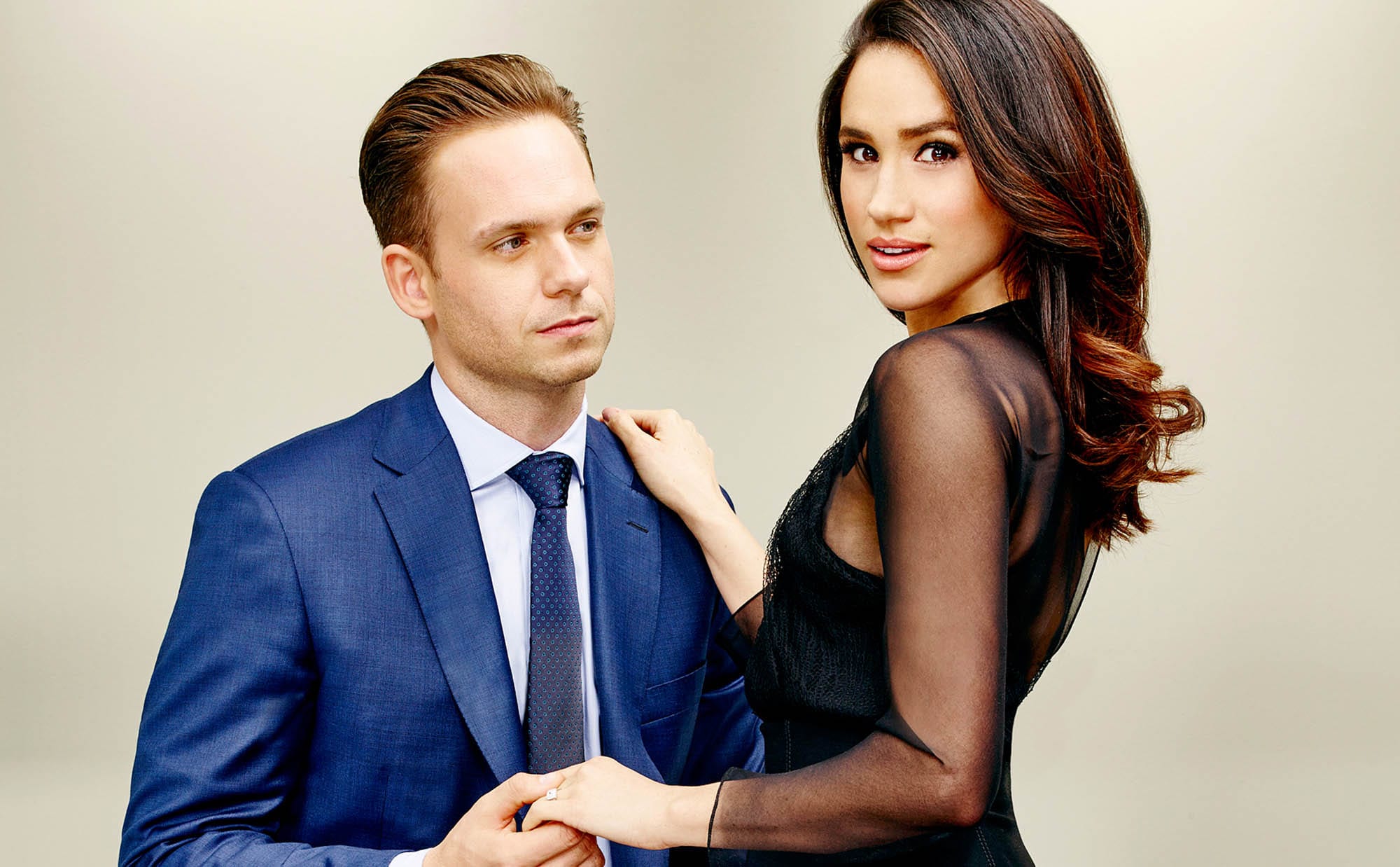 Superficially, Rachel is actually a pretty feminist character. She’s smart, career focused, independent, and despite coming from money, prefers to depend on her own income. Most importantly, Markle actually has lines. A lot of them! The fact that Rachel is totally hot is also one of her core character traits though, leading to the character being a sexy punchline on more than one occasion.

Over the course of what feels like a confounding number of seasons for a show about a guy pretending to be a lawyer, Rachel also goes against her original rule of no workplace romances to have a workplace romance that eventually engulfs her entire character arc. Because clearly every ambitious career woman is happy to risk her job for a dweeb so awful, he has to fake being a lawyer to appear interesting.