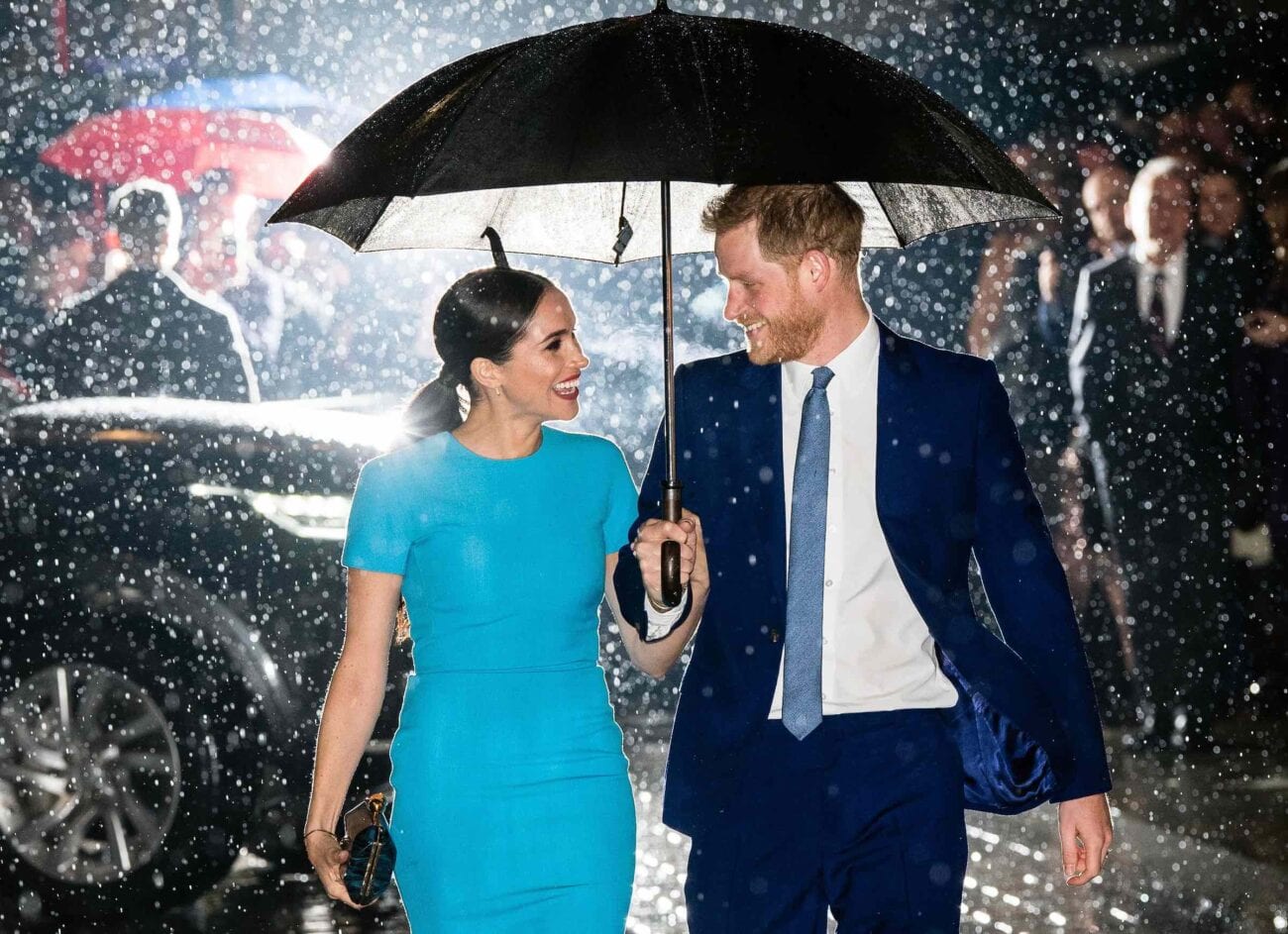 Meghan Markle news: Did she lie about the royal etiquette lessons?

When Harry Met Meghan it was like a fairy tale – a beautiful, intelligent actress meets a sensitive, quirky royal, and it’s love at first sight. However, happily ever after was not quite in the offing – Meghan Markle is in the news again. 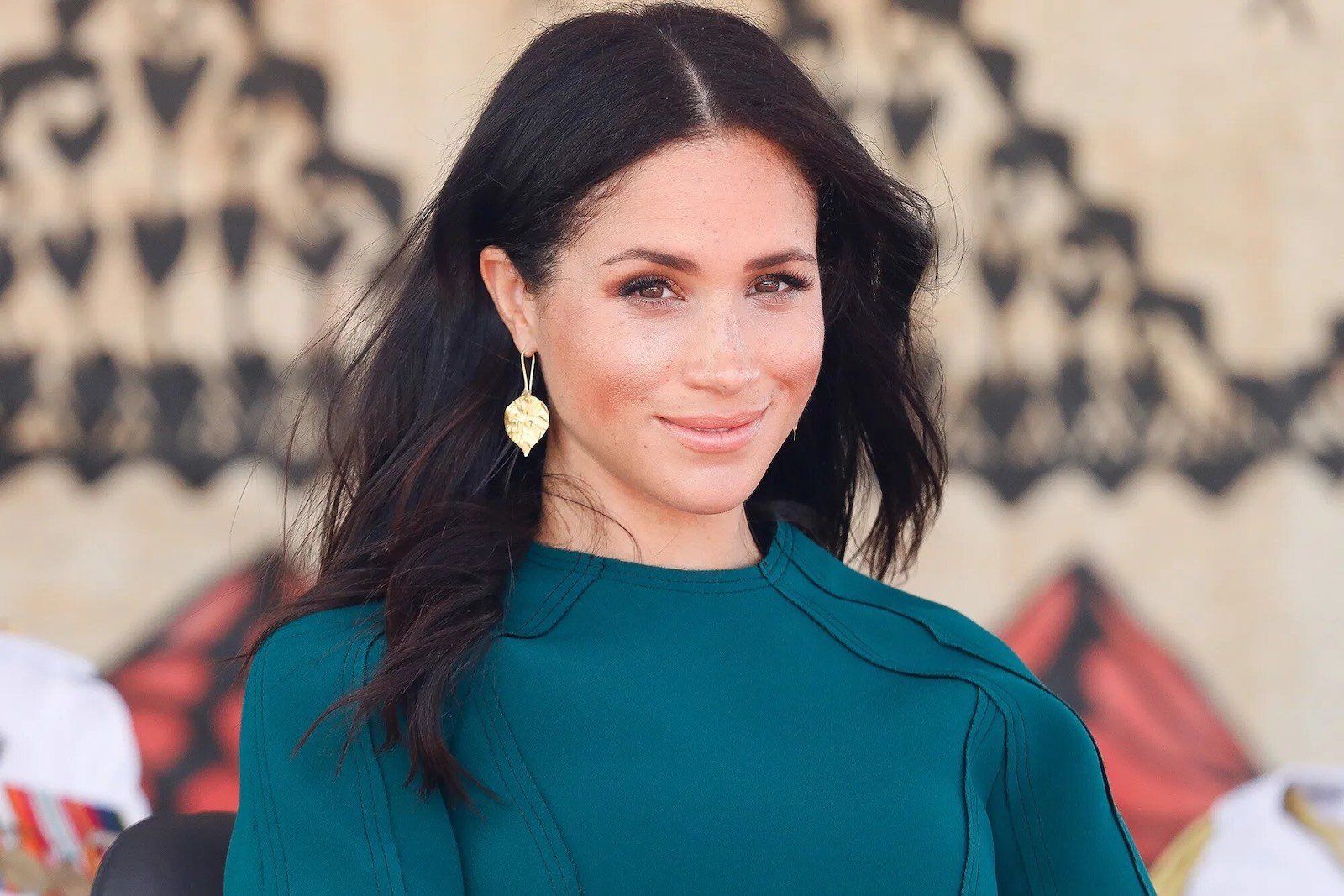 Case in point, the literal tempest in a teapot brewing in royal circles. In the book Finding Freedom: Harry and Meghan and the Making of a Modern Royal Family by Omid Scobie and Carolyn Durand, the news is that Meghan Markle was never given etiquette lessons.

The authors wrote, “Set to undergo the same information training Kate [Middleton] had embarked upon following her engagement to William ‒ a series of instructions that covered everything from how to most gracefully exit your chauffeured sedan while wearing a pencil skirt to when to curtsy to members of the family several rungs up the hierarchy from you ‒ Meghan was connected to a team of experts.”

Scobie and Durand then added, “She had hoped to take etiquette lessons too, but curiously they were never on offer.” 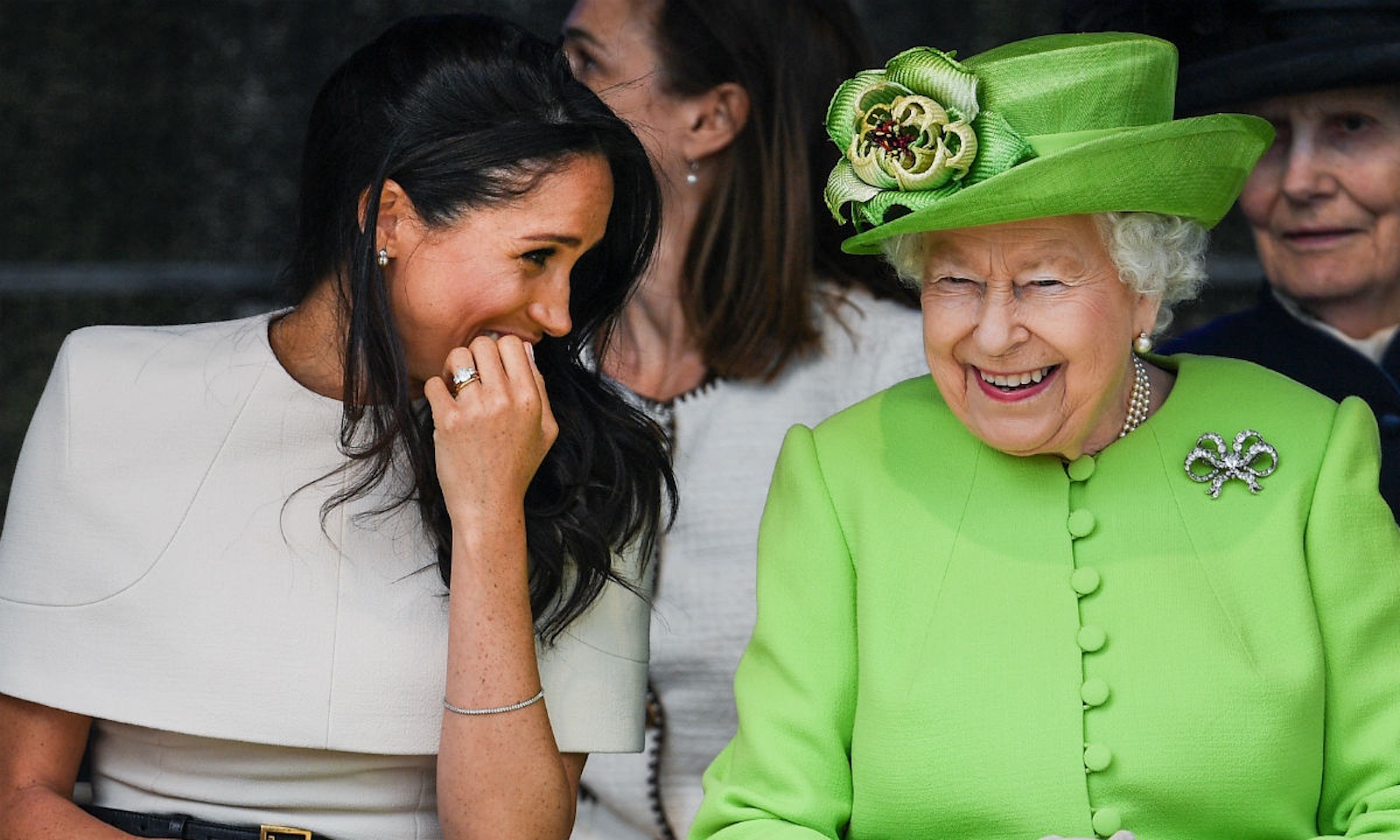 Pod Save the Queen is a podcast hosted by royal expert Ann Gripper and features Daily Mirror royal editor Russell Myers. When the pair discussed the new book Finding Freedom, Gripper said, “One bit that I thought was a little bit interesting ‒ maybe to the mindset of expectation versus reality, and it’s a tiny, tiny thing and I probably wouldn’t even have noticed if I hadn’t had a chat with Rupert from Debrett’s.”

Gripper referred to an interview she’d done weeks earlier with Rupert Wessen, of Debrett’s, an organization dubbed “the arbiters of society and etiquette”. From this interview, she’d come to understand a lot more about royal and high society etiquette, so when she read the Finding Freedom news about Meghan’s training – or supposed lack thereof – Gripper argued, “That is etiquette lessons!” 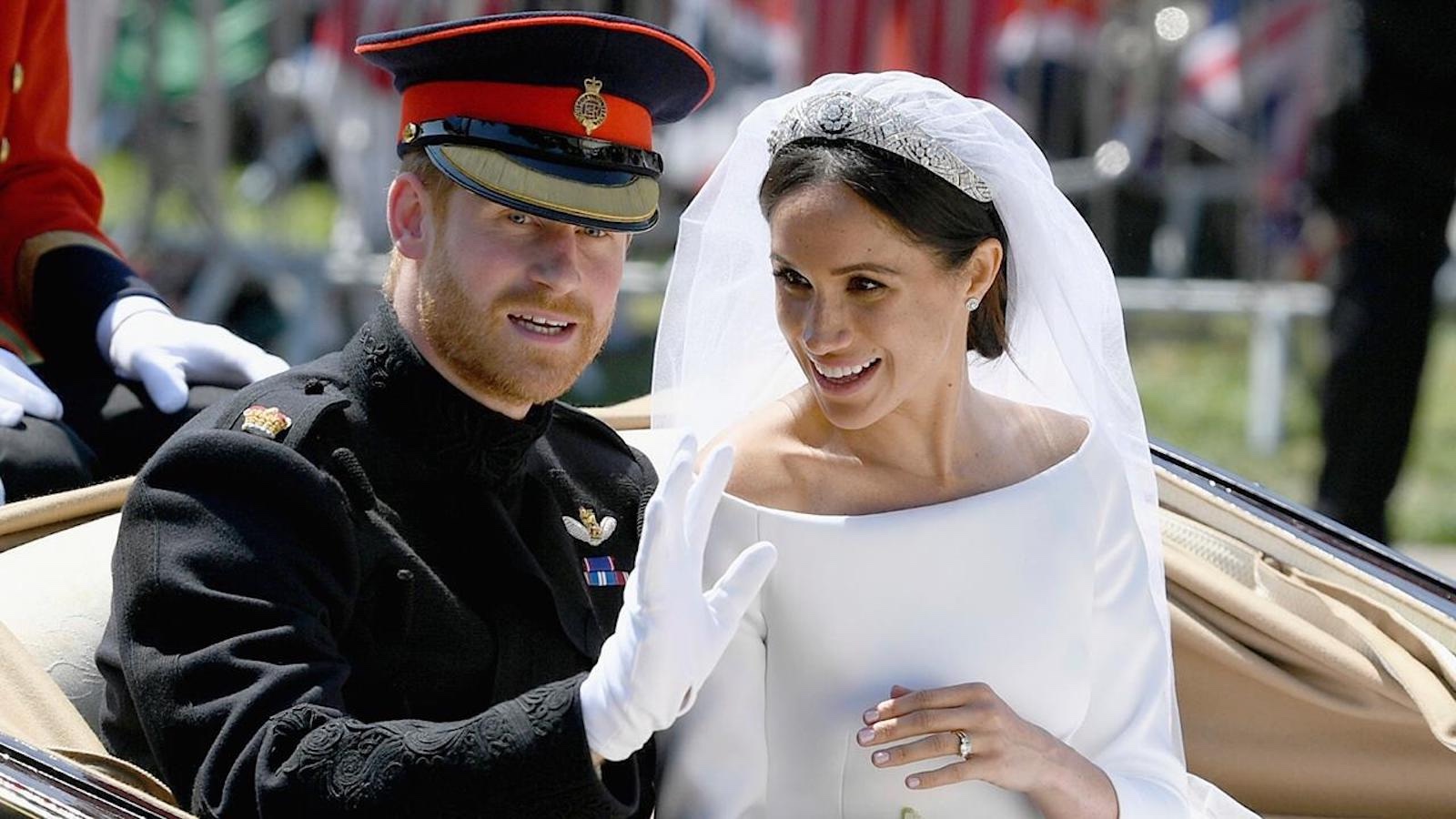 In Finding Freedom the Duke and Duchess of Sussex effectively spilled the tea on their frustrations with the monarchy, from which they officially retired senior roles in March. However, it’s really interesting to note where Scobie and Durand got their news. It definitely was not from Meghan and Harry.

Scobie and Durand said they did not speak with the couple on the record for the book. A spokesman for the couple also stated in August, “The Duke and Duchess of Sussex were not interviewed and did not contribute to Finding Freedom. This book is based on the authors’ own experiences as members of the royal press corps and their own independent reporting.” 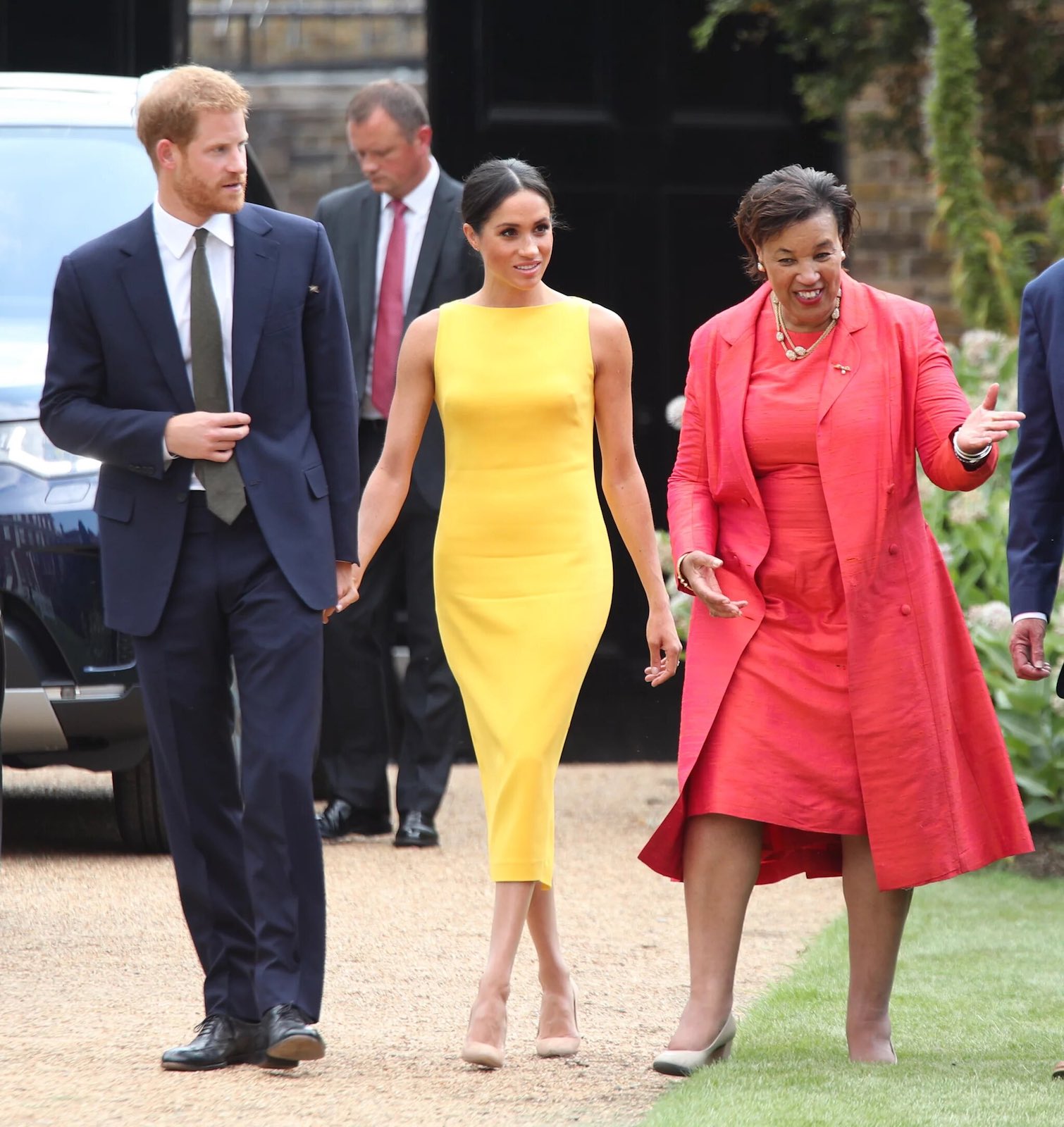 Making of a Duchess

Before Meghan Markle became an official member of the royal family, she worked really hard to get familiar with all the traditions and etiquette that came with the territory. Edmund Fry, a London-born etiquette expert, told the Daily Mail the news that just before Markle met with Queen Elizabeth II, she sought him out for two-hour tea lessons that included everything from proper fork handling to the exact way to sip tea.

Apparently, Markle met with Fry right before she moved to London. “She enjoyed it so much that she wanted to come back,” Fry told the publication. “The younger generation doesn’t know what bone china is and certainly don’t know anything about how to handle a cup and saucer, or how to handle a knife and fork. They come to us mainly to find out, ‘What should we do, as we are having this social event?’”

“The same sort of thing happened with Meghan. She knew she would be having tea with the Queen.” According to the news, Markle didn’t make the reservation herself or under her own name. A friend did it for her at Fry’s Rose Tree Cottage tea room in Pasadena, California.

Share via:
Tags
Finding Freedom: Harry and Meghan and the Making of a Modern Royal FamilyMeghan MarklePrince Harryroyal family
Author