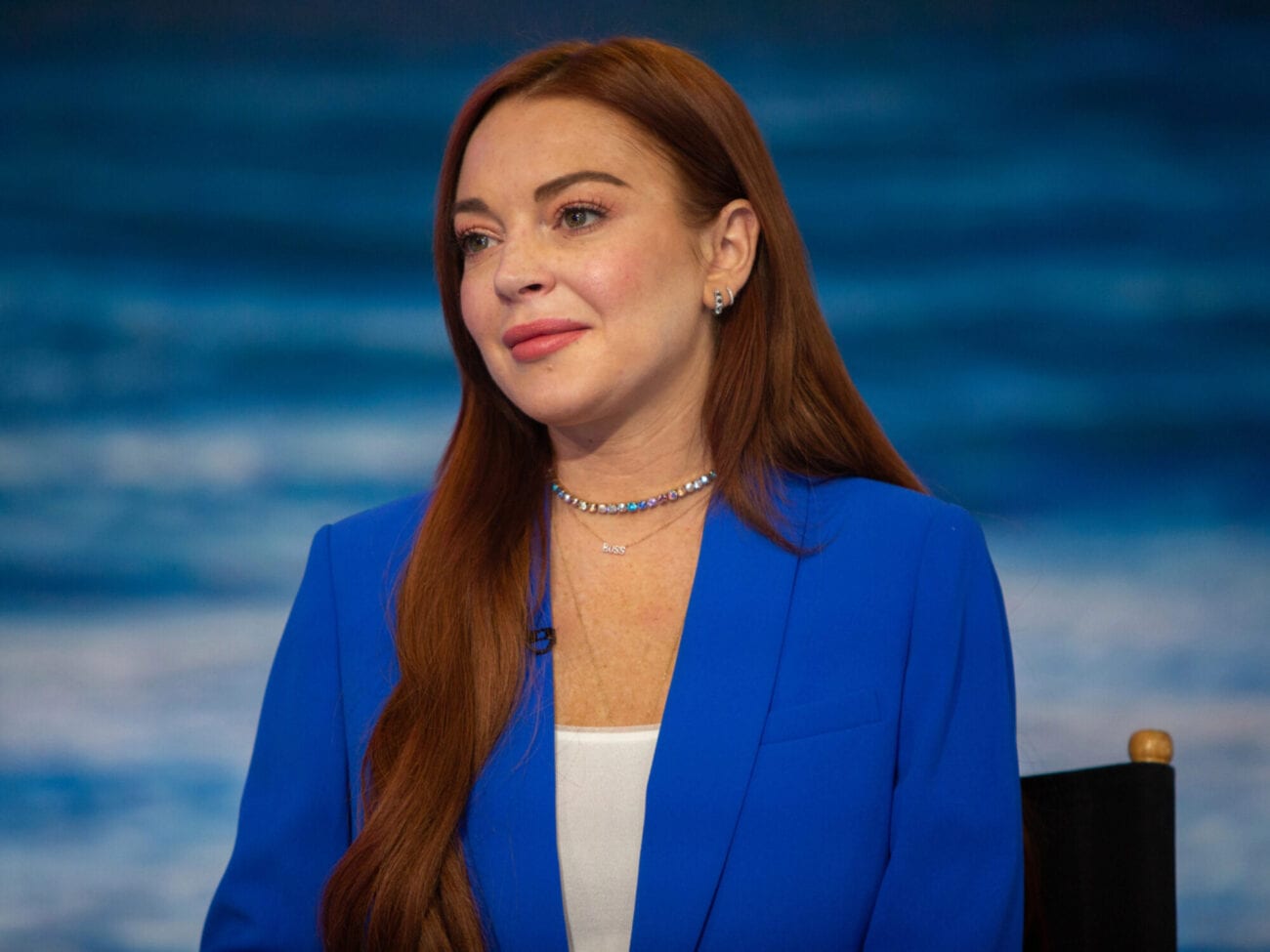 An interview between David Letterman & Lindsay Lohan has just resurfaced & gone viral! The interview between the young actress and the TV show host has brought many problematic moments for female celebrities worldwide.

On September 4th, 2013, when Lindsay Lohan was much younger (twenty-seven-years-old) she appeared on the Late Show with David Letterman to promote the thriller Scary Movie 5. 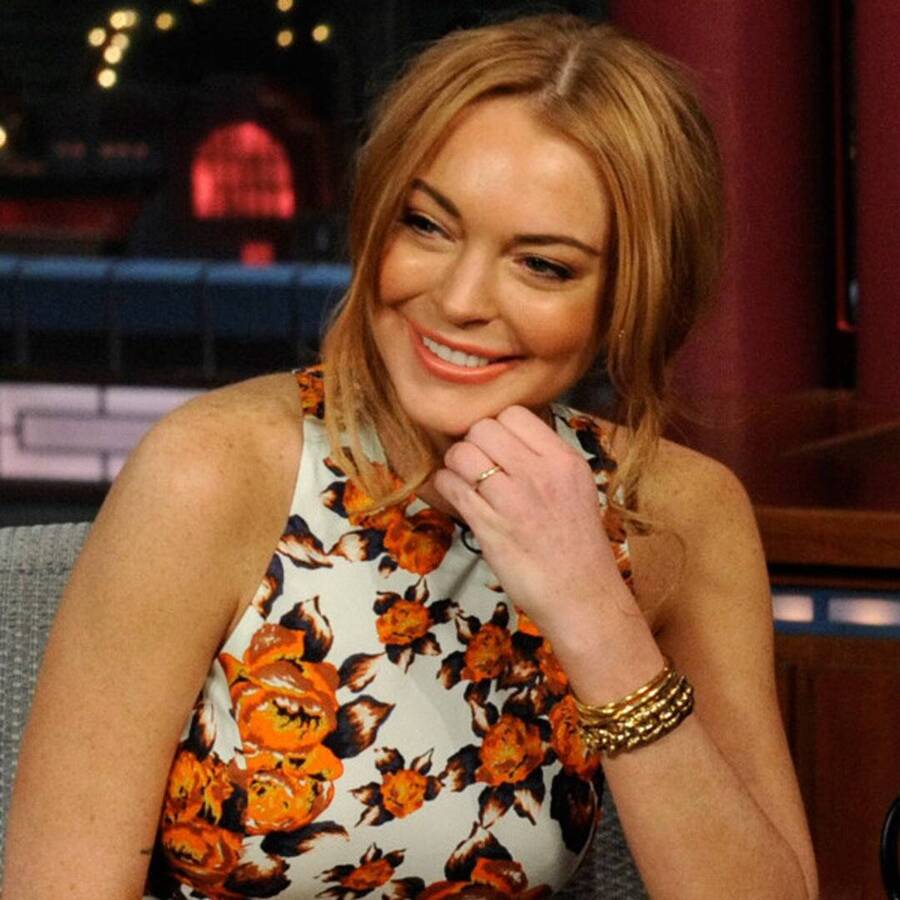 When the young Lindsay Lohan started talking to host David Letterman, she immediately received a couple of controversial questions about her personal struggles with alcohol & drug abuse. According to the Daily Mail, the interview was handled extremely well by Lohan when Letterman mocked her about her past experiences.

BuzzFeed noted that Lindsay Lohan continued to laugh despite the hurtful words that were iterated. 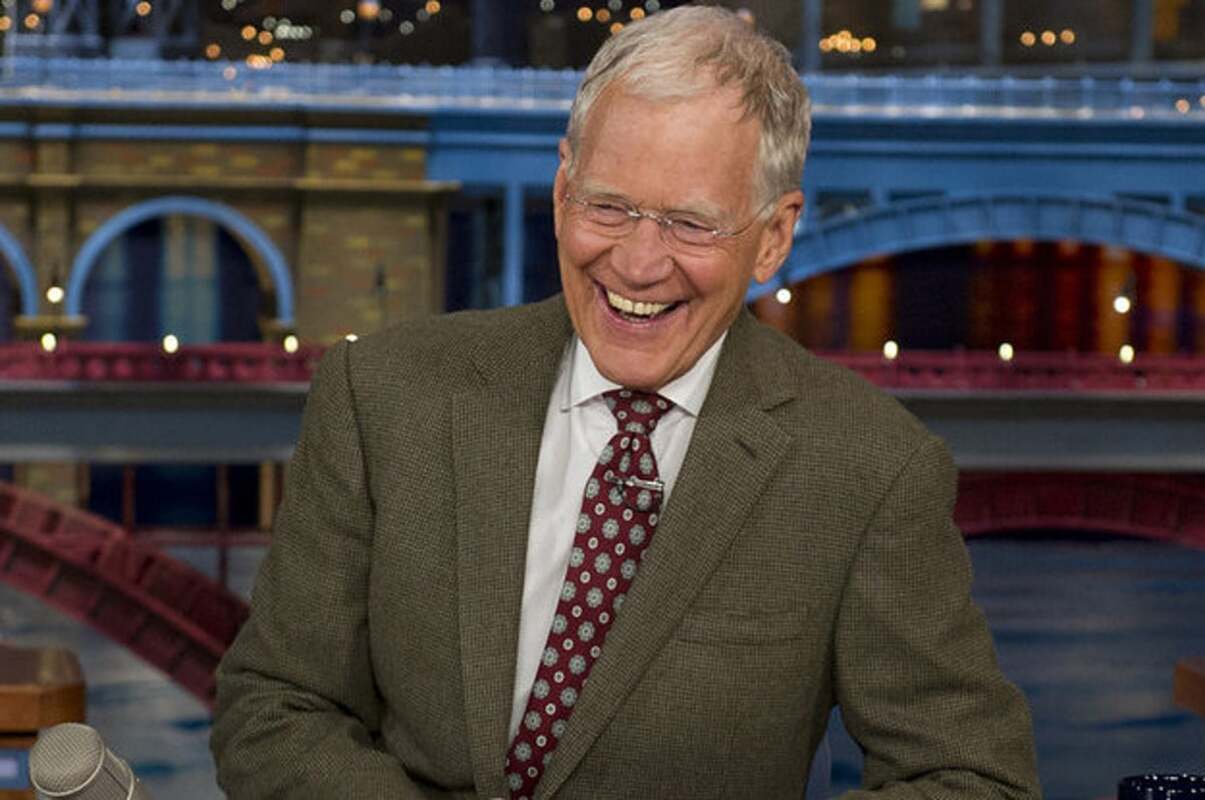 David Letterman told the audience: “Lindsay Lohan was on the Today show this morning. The appearance went well, only one camera is missing.” Letterman suddenly stopped and asked Lohan: “Do you routinely go around grabbing stuff?”

Lindsay Lohan let the first remark slide, but then David Letterman asked Lindsay Lohan: “what exactly are they going to be rehabbing?”

Lindsay Lohan expressed: “To be honest, I’m the happiest when I’m working and the healthiest – and I think this is an opportunity for me to, you know, focus on what I love in life. And I don’t think it’s a bad thing. I think it’s a blessing.” 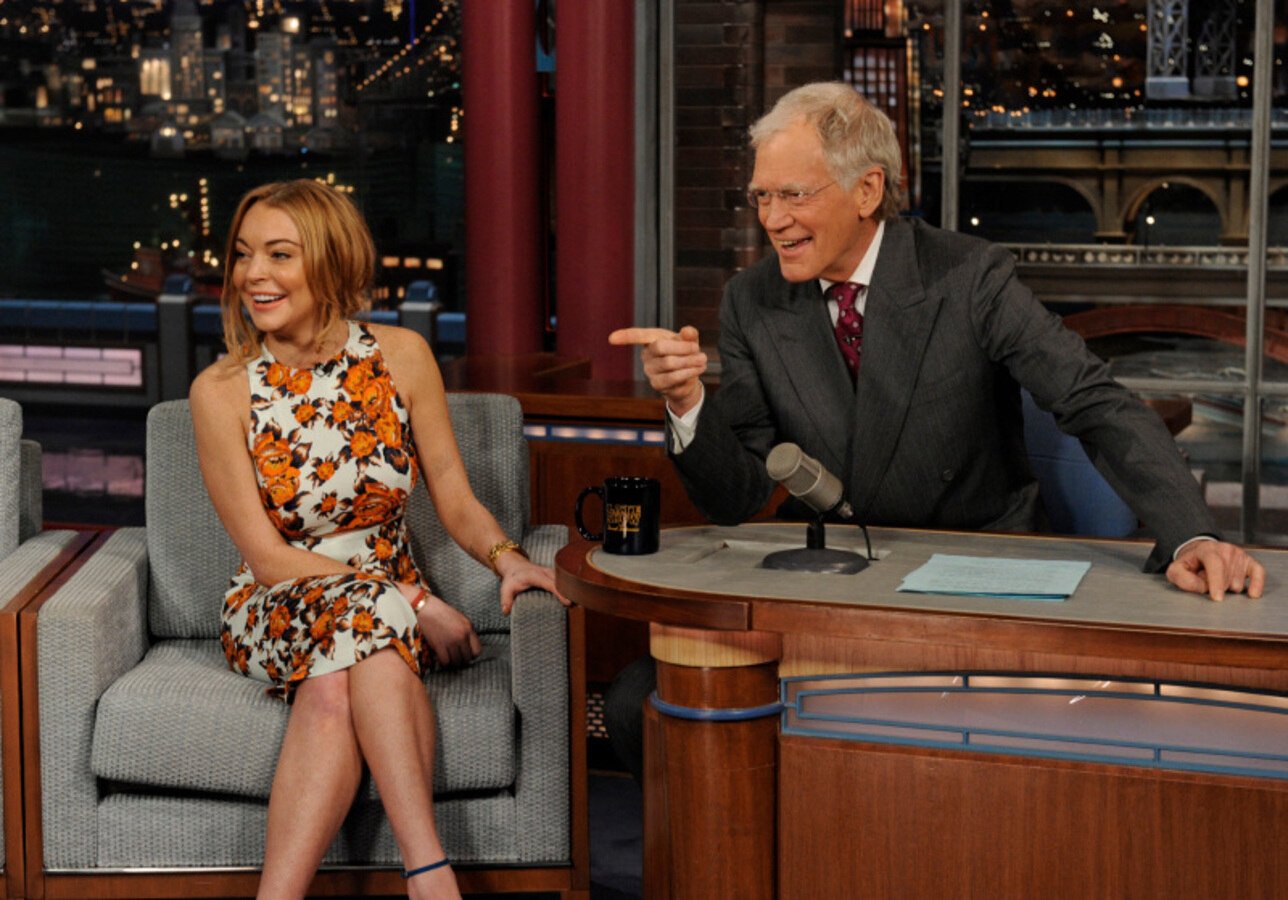 One question too many

After a brave response from Lindsay Lohan about her mental & physical health. David Letterman was persistent in finding more about Lohan’s personal problems. Letterman asked: “Do you have addiction problems? Is it alcohol? Do you drink too much?”

Lindsay Lohan playfully answered: “Now you sound like Dr. Phil. . . We’ve talked about this before.” 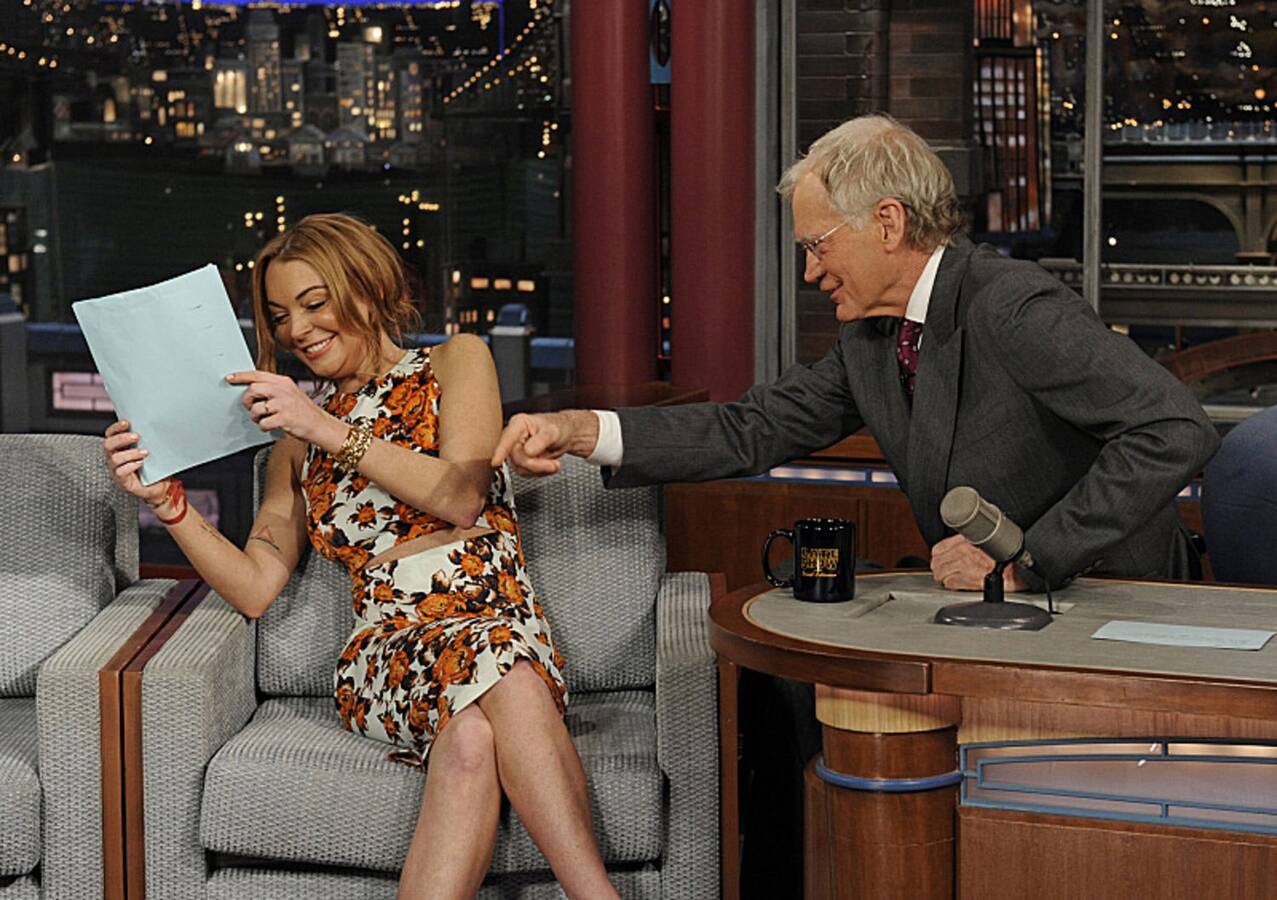 The young Lindsay Lohan took over and asked David Letterman to find the positive in what she was trying to convey. Lohan also stole Letterman’s paperwork to really see there were more personal questions.

Thanks to Lindsay Lohan’s investigation skills, she found that David Letterman’s entire list of questions went as follows: “Are you okay now? It feels like people should be helping you. Do you have money saved? Therapy? Do you ever ask yourself ‘why am I always in trouble?’” 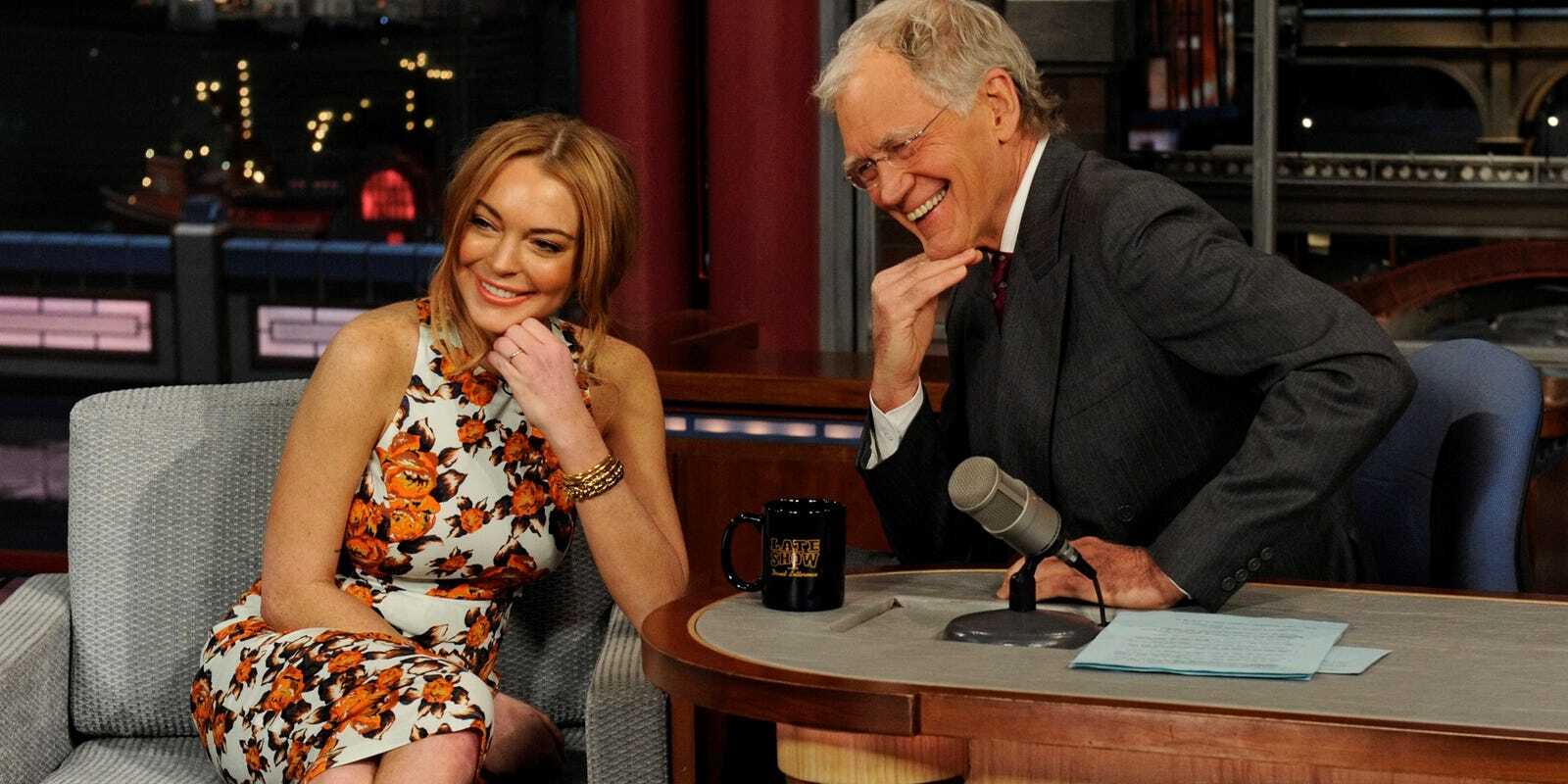 Once David Letterman stopped asking Lindsay Lohan about her personal life, he thought he’d share about his own trip to rehab. As Buzzfeed reported, Letterman eventually provided the young actress with advice that he learned over the years.

David Letterman also praised the Mean Girls star Lindsay Lohan for her bravery on the show. Letterman confessed: “You’re a good sport. I mean, we never thought we’d never see you again honestly, you know, because of the jokes & stuff. But yet, you have enough spine, enough sense of yourself, enough poise to come out here and talk to me.”

Lindsay Lohan’s film Scary Movie 5 was hardly spoken of during the duration of the interview. In fact, Lohan commented: “We didn’t discuss this in the pre-interview.”

I can’t believe I didn’t see the David Letterman and @lindsaylohan interview before now. He was way out of line talking to her like that! https://t.co/rnPk2O2Pum #interview #DavidLetterman #LindsayLohan #yahoonews #yahoo #tiktok

With the Britney Spears documentary Framing Britney Spears and its insight on female struggles in the limelight, many fans have called out various male hosts that have mocked many Hollywood stars in the past.

Fans are outraged at David Letterman’s jokes. In fact, some have blamed the network for airing the host’s terrible behavior.

According to the Daily Mail, Megan Fox also had a controversial interview with male host Jimmy Kimmel in 2009. Fox told the public about being sexualized at fifteen-years-old in a Michael Bay film & Kimmel enjoyed making inappropriate jokes about it.

What did you think about Lindsay Lohan’s interview? Let us know in the comments below.